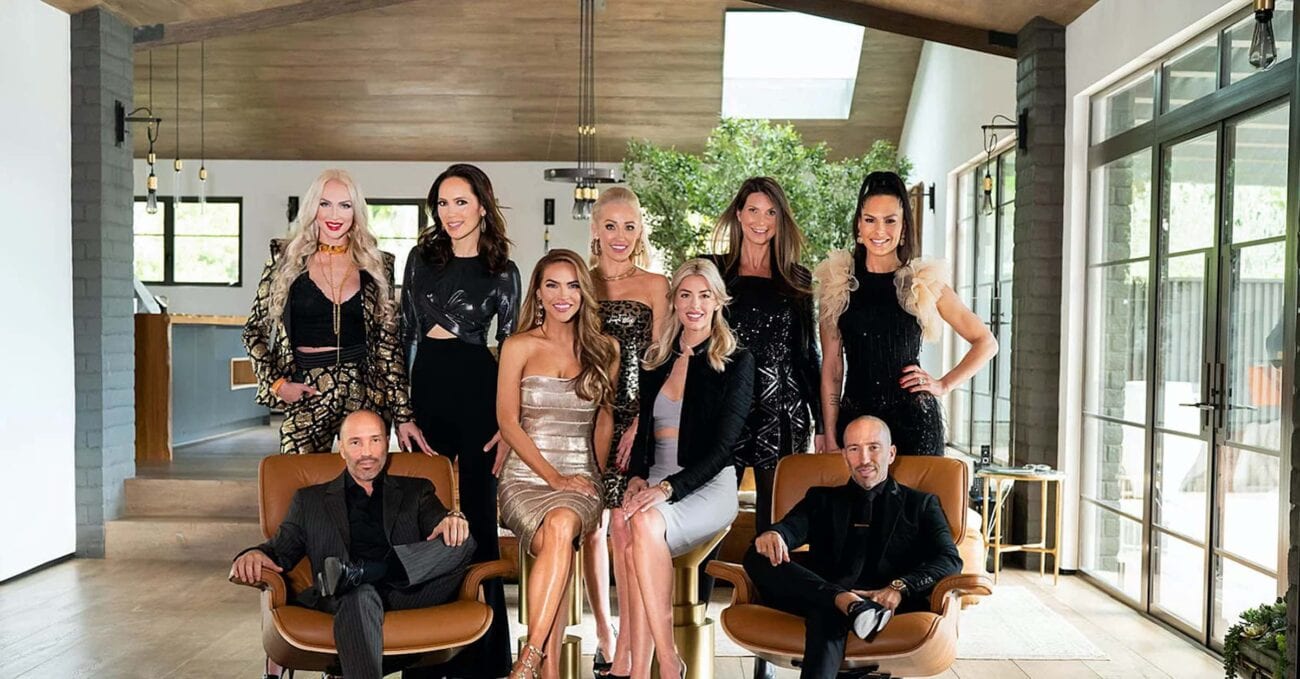 How rich is the ‘Selling Sunset’ cast? Their homes give us a clue

Netflix’s Selling Sunset cast sell mega-mansions priced up to $68 million. Although they work strictly on commission, the return for a successful sale can run into the six-figure range allowing them to live a lavish lifestyle. However, not knowing when your next paycheck will show up can make for a cutthroat business.

Top seller Mary Fitzgerald told The Express: “I think the hardest thing in real estate is working for commission only. Spending months sometimes with a client and then they change their minds.” she shared.

“The best part can also be when a client finds something they love immediately and I make a huge commission with very little effort,” Fitzgerald related. “This unfortunately is not normally the case, but I have double-ended deals represented the buyer as well on my own listing, so this is the best scenario for an agent.”

So just what kind of homes does the Selling Sunset cast live in? 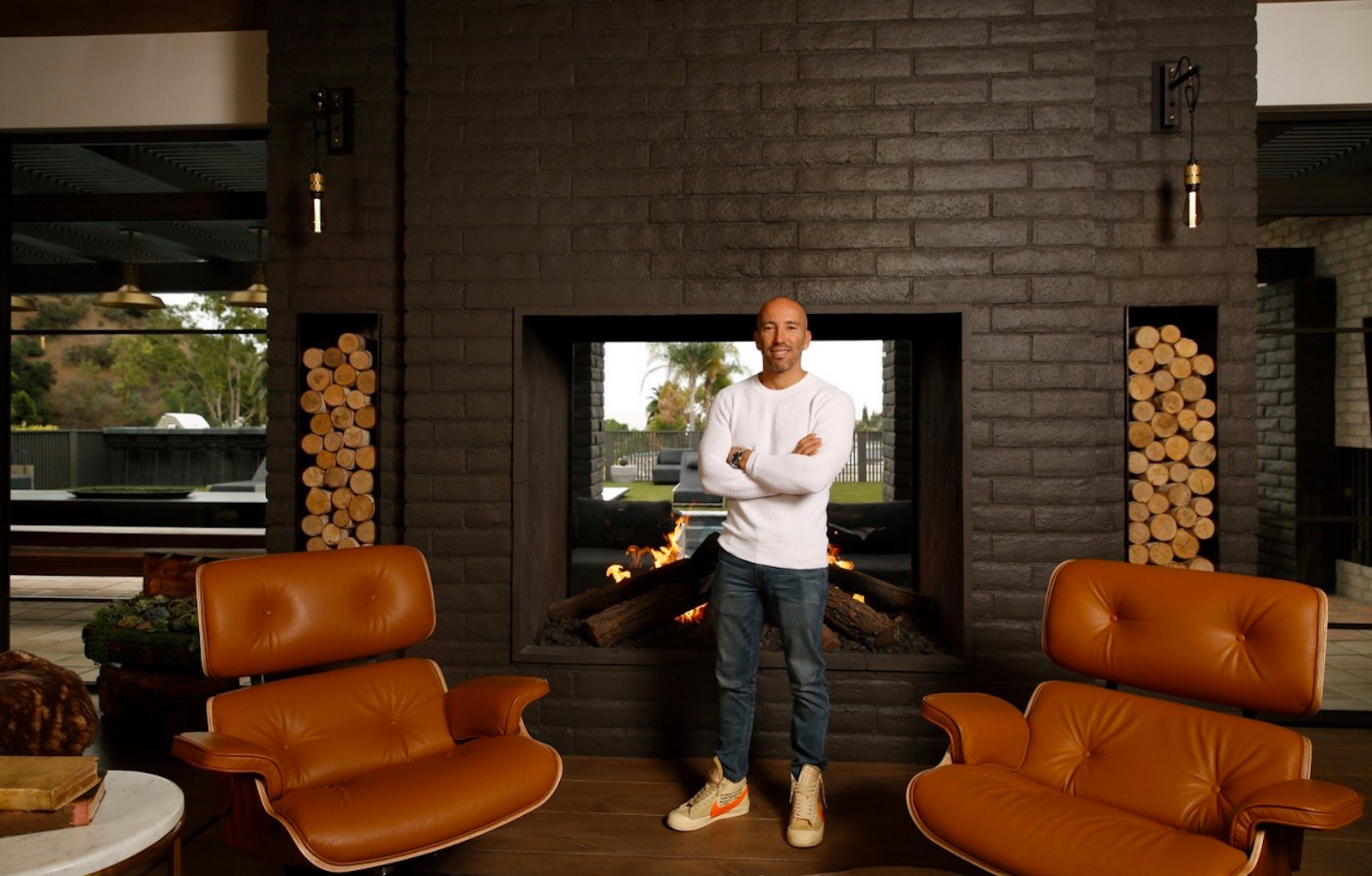 Jason founded the Oppenheim Group with his twin brother Brett, and together they’re said to be worth around $50.4 million – due in part to their past careers as lawyers. So it goes without saying that Selling Sunset cast member Jason, forty-three, has not one but four pricey properties across Los Angeles worth an estimated $19.3 million.

Being a Selling Sunset cast member, Oppenheim purchased his main home in 2013 and extensively renovated it, adding a sauna, wine cellar, and a 700-square-foot guest house. It features a $29,000 poolside TV, floor to ceiling glass doors, wooden flooring and exposed brick work throughout while his home office even comes with its own integrated bar.

“I made sure to get the worst home on the best block,” Jason told HELLO!. The whole place was ripped out; I only kept one fireplace. The house was built in 1978 and hadn’t been touched at all.” 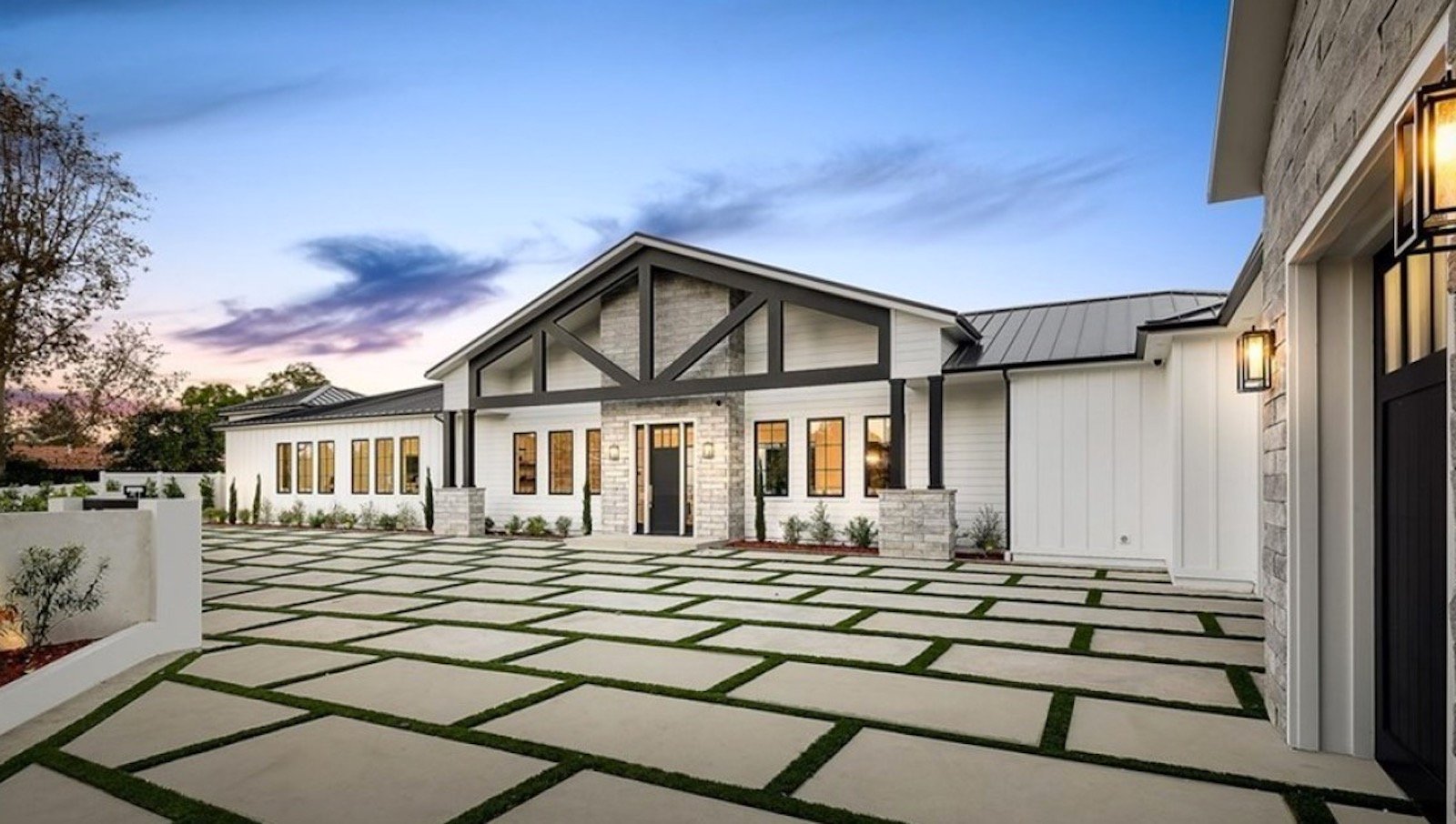 Touted as a ‘modern farmhouse,’ Stause and now estranged husband actor Justin Hartley bought the luxurious abode in the San Fernando Valley in January 2019. It boasts 6,800 square feet, six bedrooms, and seven bathrooms along with a home theater, swimming pool and spa, and even a pool house.

The Selling Sunset cast member Chrishell married Justin Hartley back in 2017 after four years of dating. However, their idyllic world collapsed in November when This Is Us star Justin reportedly blindsided Chrishell, thirty-nine, by filing for divorce and informing her by text. He is now said to be dating his The Young and the Restless costar, Sofia Pernas, while Stause has moved into a rental in the Hollywood Hills. 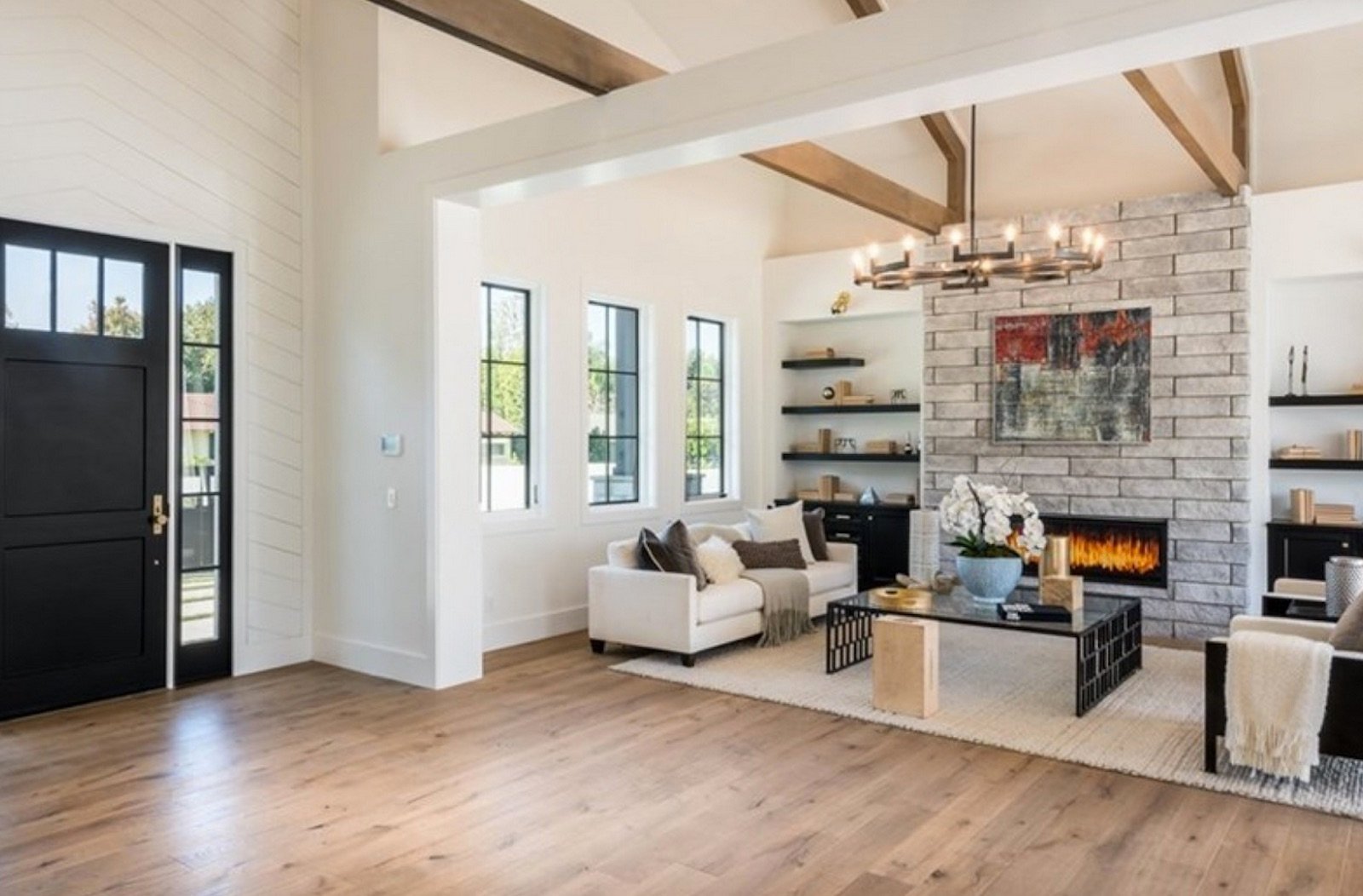 Mary is one of the most successful realtors in the Selling Sunset cast, but lives in perhaps the most low–key abodes. She and her husband Romain Bonnet, twenty–seven, have a comparatively humble apartment which features a spare bedroom/dressing room and Mary’s office squeezed into her hallway.

Thought to be worth around $1 million, Mary, who is forty, was left penniless after her second marriage to an unnamed British man collapsed and she returned to Los Angeles. “My relationship with my ex-husband was not healthy. I came back to the States with terrible credit, all my money gone. I had to start from scratch,” said the Selling Sunset cast member.

Fitzgerald also raised son Austin, twenty–three, as a single mother after becoming pregnant at sixteen. She says her challenges have helped her become the firecracker she is. “It absolutely shaped my life, I had to fight from a young age to survive and succeed,” the Selling Sunset cast member said on the show. “I think it taught me to be more compassionate to others for sure.” 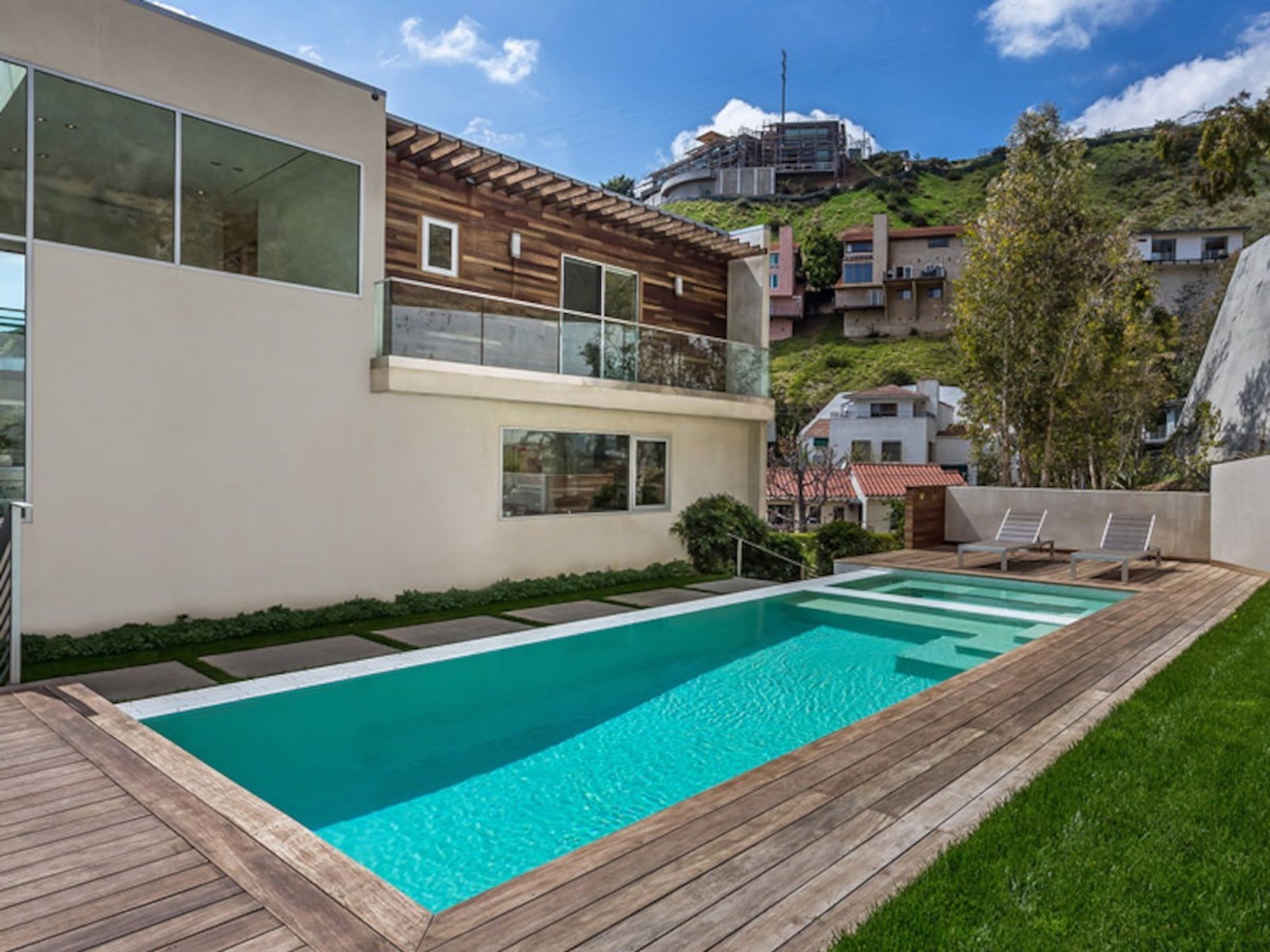 Outspoken Selling Sunset cast member Christine Quinn is literally living her dreams having moved into a plush $5 million property she was once responsible for selling. Quinn and her retired software engineer husband Christian Richard bought the four bedroom, five bathroom home in January 2019.

The couple met while Christine was showing him homes – including the plush pad that features an infinity pool, spa, and games area. Built in 2011, the decor consists of white oak, Brazilian walnut, and cast Caesarstone tiles and boasts designer finishes by Bontempi. It was then she dreamed she would one day call the house her own.

“I actually used to have the listing on our house and I used to do open houses and would sit in the open house every Sunday and I would picture myself living in the house, getting coffee with my husband and now I live in that house that I envisioned myself living in. I snatched that up,” cast member Quinn said on Selling Sunset.