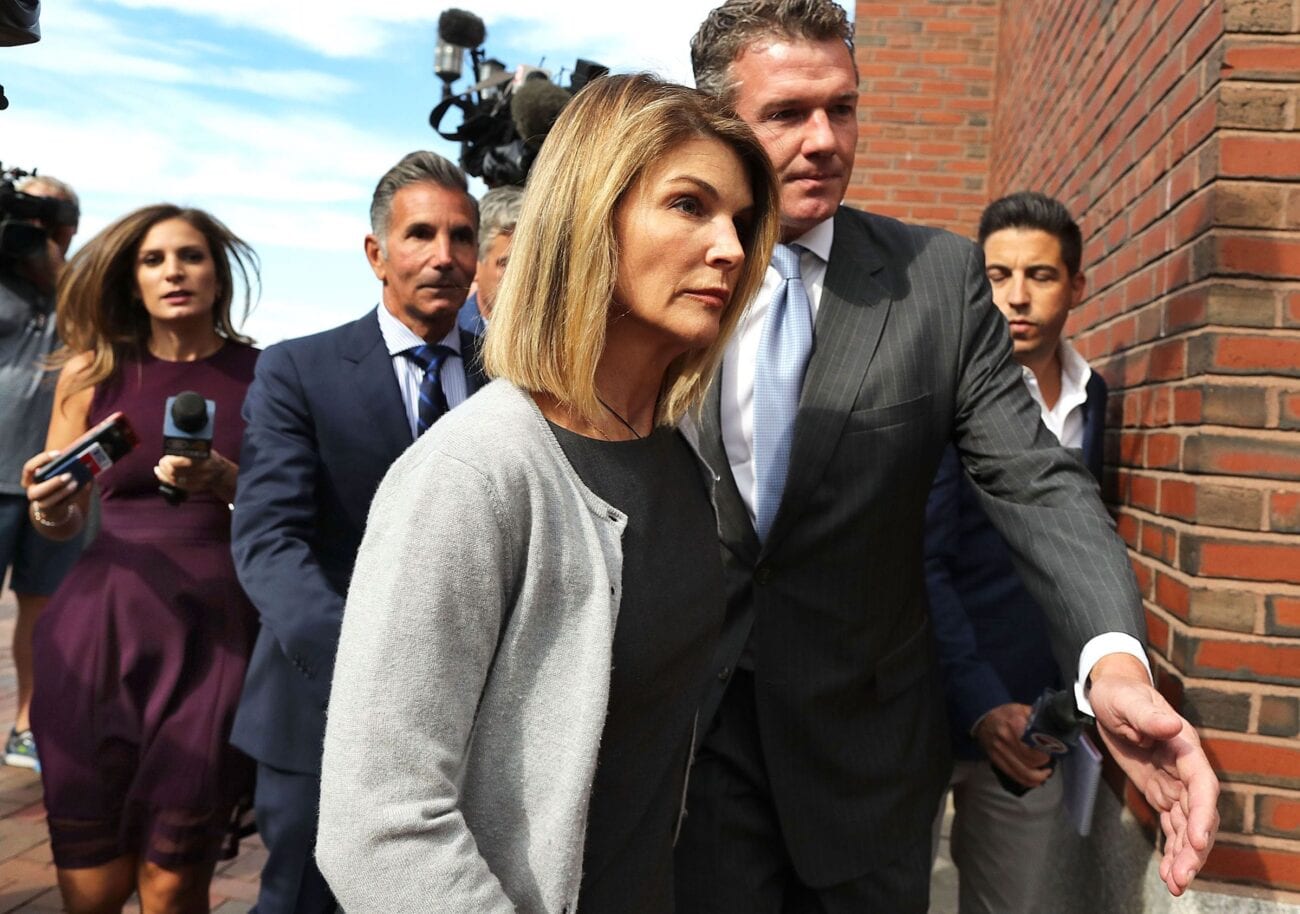 Lori Loughlin released: What do her daughters think?

Santa actually made it to the Loughlin-Giannulli household this year – he was just a little late. Sisters Olivia Jade & Isabella Giannulli received a belated Christmas present in the form of their mother’s release from prison: Lori Loughlin is once again a free woman as of December 28th, 2020. 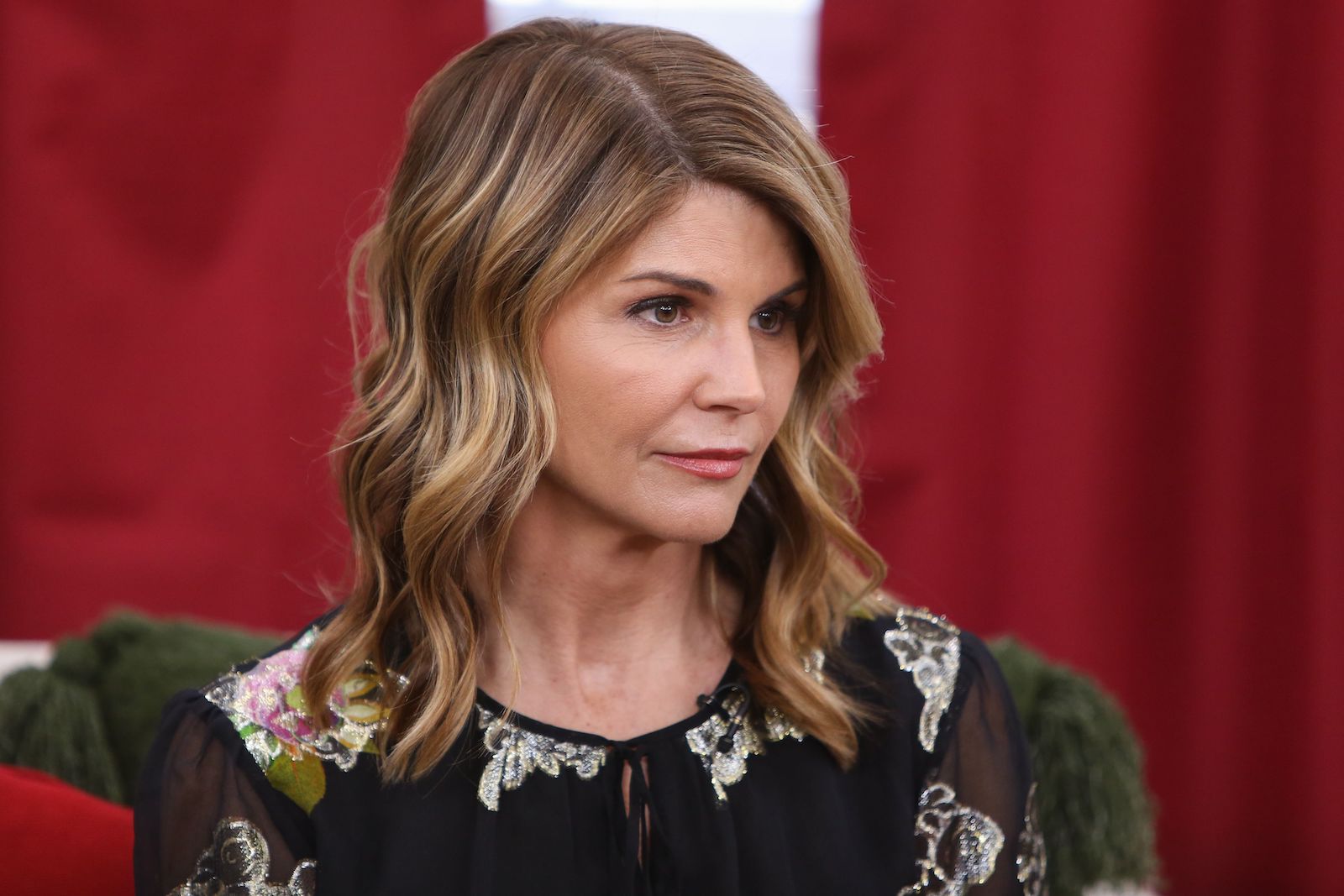 Back in the pre-pandemic times of March 2019 (yes, it’s been that long), Lori Loughlin and her husband Mossimo Giannulli were charged with conspiracy to commit mail fraud and honest services fraud. Most of us are familiar with this part of their story as “The College Admissions Scandal”.

The College Admissions Scandal involved a large number of celebrities who were accused of bribing college officials in order to facilitate their kids’ admission to selective colleges as athletic recruits. In Lori Loughlin & Mossimo Giannulli case, the alleged bribe was $500,000 to the University of Southern California so their daughters would be admitted as if they’d be joining the school’s women’s rowing team.

Neither Olivia Jade nor Isabella Giannulli had ever even trained in the sport. 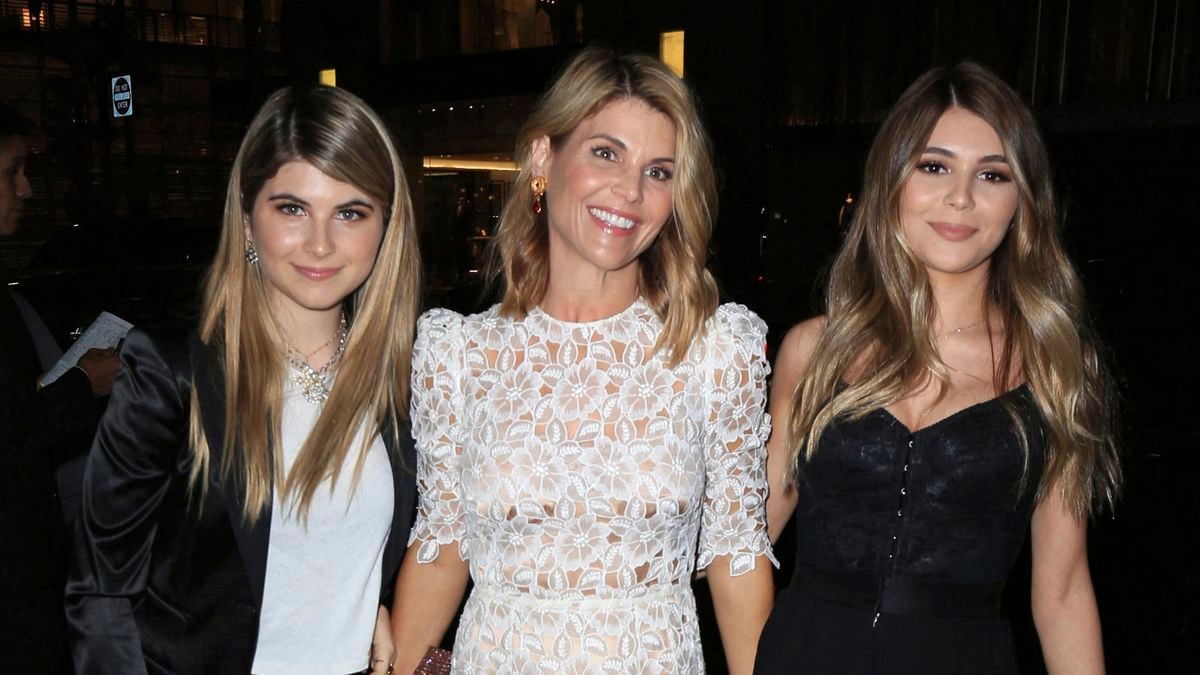 Lori Loughlin & Mossimo Giannulli initially denied the charges, but eventually pleaded guilty as part of a plea bargain. The couple finally admitted their guilt in May 2020, which explains why we all feel like we’ve been hearing about this scandal for our entire lives.

On August 21st, 2020, Lori Loughlin was sentenced to two months in prison and a $150,000 fine, while Mossimo Giannulli was sentenced to five months in prison and a $250,000 fine. Loughlin reported to prison on October 30th, but Giannulli waited until the very last possible day to do the same – November 19th, 2020. Due to COVID-19 restrictions, their rights to have visitors were suspended.

A few weeks went by before one of Lori Loughlin & Mossimo Giannulli’s daughters, Olivia Jade, broke her silence regarding her parents’ tribulations and how they affected her. Olivia Jade Giannulli – a YouTube personality, by the way – picked a hip venue to do it too: Red Table Talk, a Facebook Watch show hosted by Jada Pinkett Smith, Adrienne Banfield-Jones, and Willow Smith. 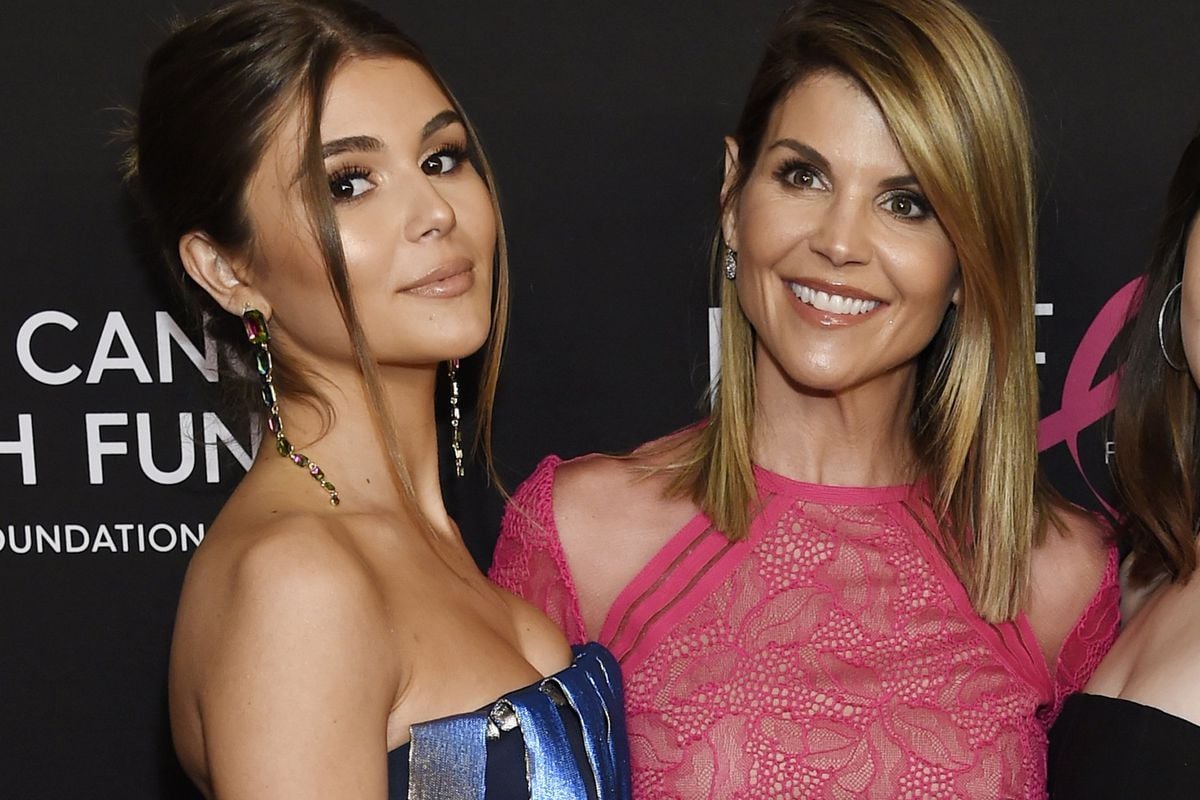 Sins of the parents

“It’s been hard, for anybody no matter the situation is you don’t want to see your parents go to prison but also I think it’s necessary for us to move on and move forward,” said Olivia Jade Giannulli on the December 8th Red Table Talk interview.

The YouTube star attempted to explain her parents’ actions by saying she believes her father has “attachment issues” and wanted his two daughters to go to school close to home – not that Lori Loughlin or Mossimo Giannulli said as much. Olivia Jade confessed: “They didn’t have much to say except, ‘I’m so sorry. I really messed up, I was trying to give the best to you and your sister.’”

Ultimately though, Lori Loughlin & Mossimo Giannulli’s youngest daughter was mainly interested in getting a second chance: “I think what’s so important to me is to learn from the mistake, not to now be shamed and punished and never given a second chance. Because I’m 21. I feel like I deserve a second chance to redeem myself, to show I’ve grown.” 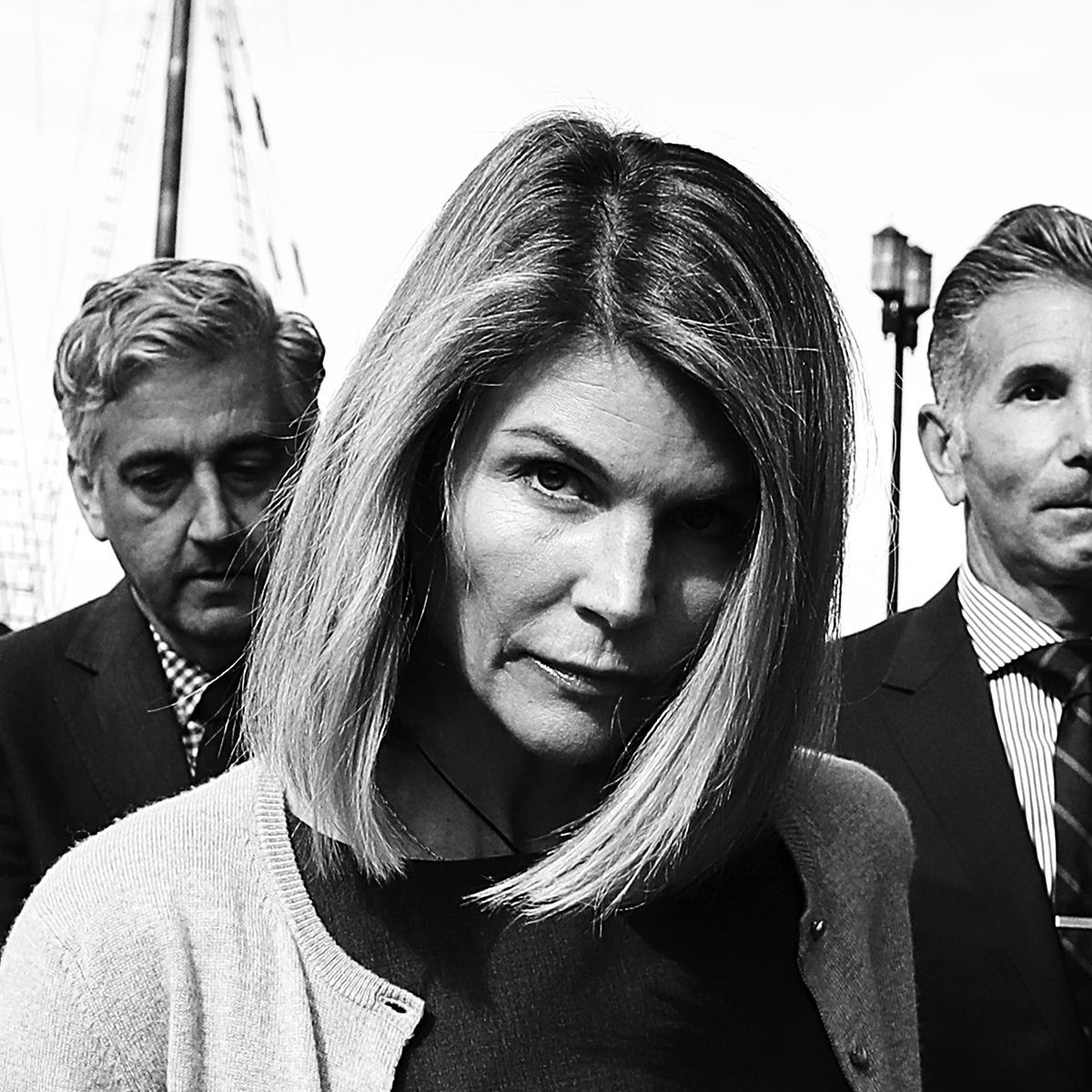 As Lori Loughlin’s release from prison approached, her daughters made a more visual statement of support for their mother: they both recreated Loughlin’s old Full House hairstyle. While Olivia Jade & Isabella each gave “the Aunt Becky ‘do” their own twist, the homage was easily recognizable on their Instagram accounts.

Isabella Giannulli went as far as actually posting a screenshot of Lori Loughlin from her Full House days, for comparison’s sake. The caption: “Copied her”.

With three months to go before their father is released, it’s unclear what Lori Loughlin & Mossimo Gianulli’s daughters will post on Instagram to celebrate his return to freedom. Maybe they’ll give us a preview on a future Red Table Talk. 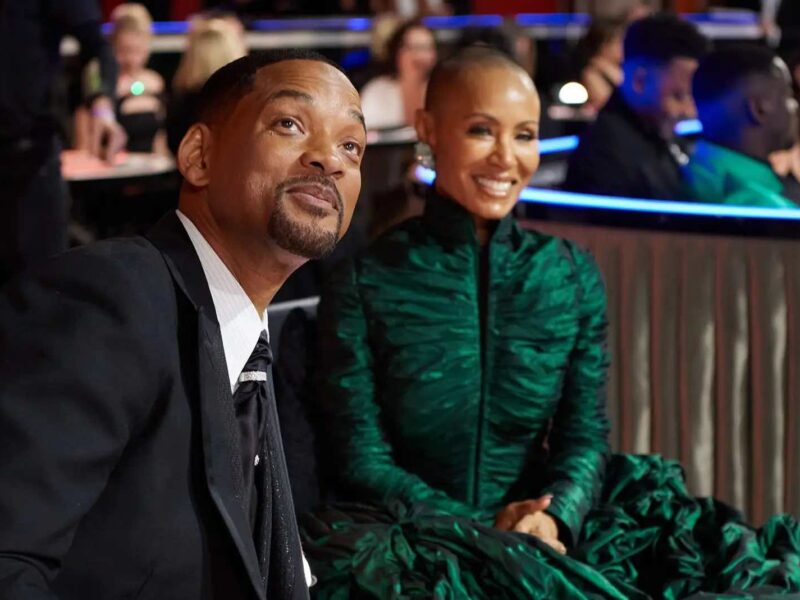