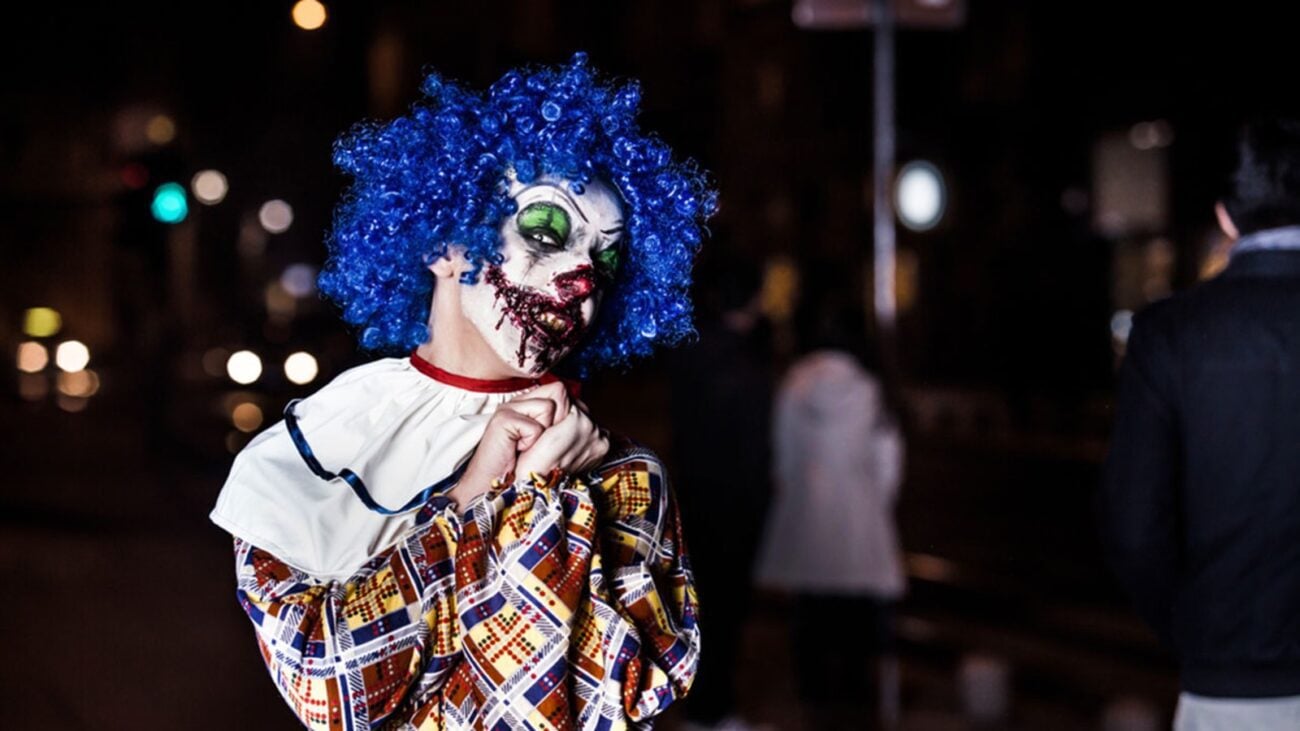 Killer clowns were supposed to take 2020 off. It was an unwritten rule to an unconventional year in which a global pandemic upended everything. After all, citizens worldwide had enough to be scared about without having to worry killer clowns lurked in the shadows. Apparently, one TikTok user disagreed.

Over two weeks in the fall of 2020, the KillerClownSightings2020 TikTok account posted 27 videos of killer clowns 2020 scaring some and chasing others. The site garnered over 2 million likes while bringing back memories of the killer clown panic that gripped North America in 2016.

So afraid were people back then that the master of clown horror himself, Stephen King (It), had to get involved. On October 3, 2016, he issued a plea on Twitter for everyone to “cool the clown hysteria.” 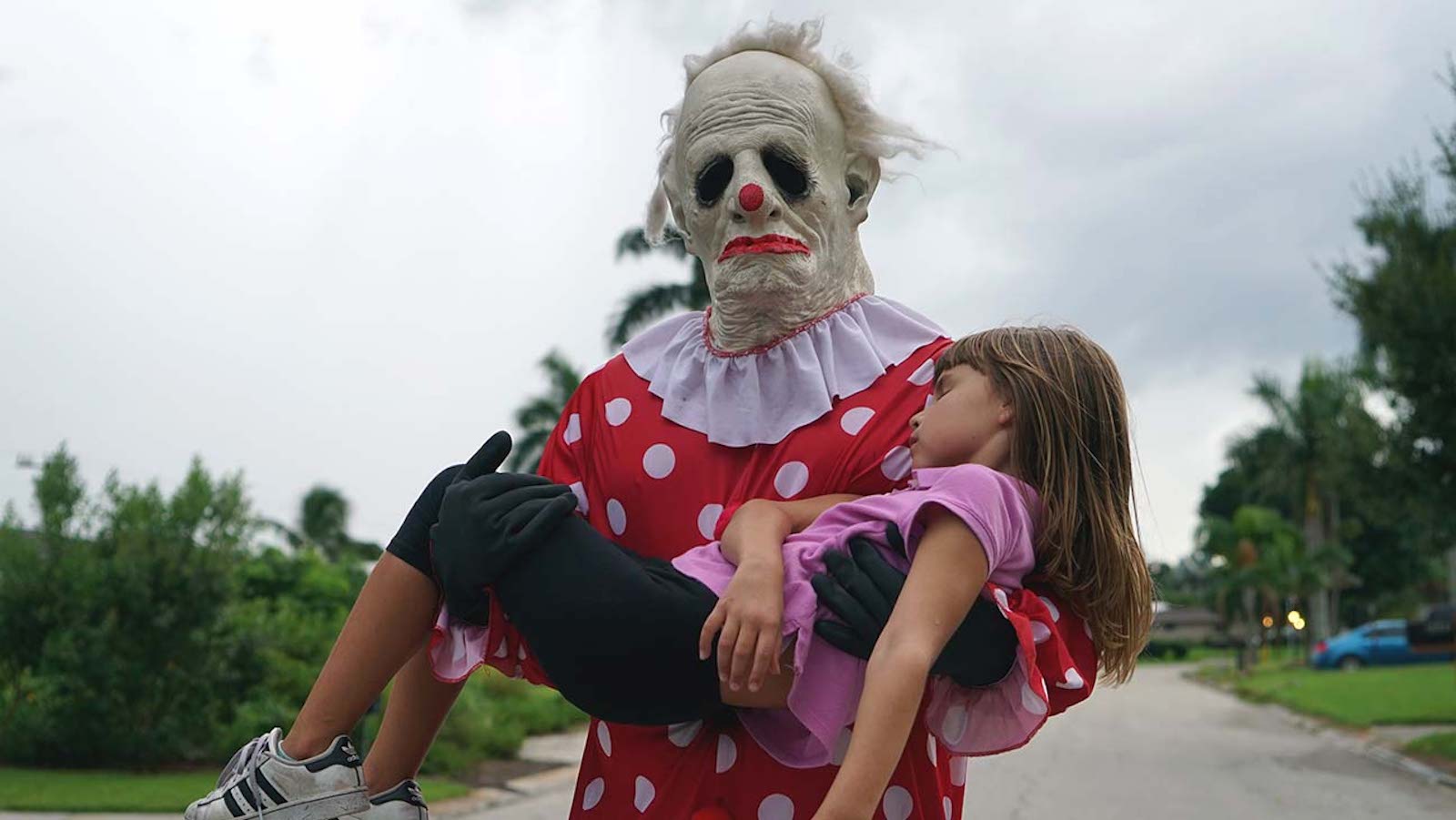 For those who don’t remember, 2016 brought with it a social media-documented outbreak of killer clown sightings that quickly became an international viral sensation. Killer clowns were spotted all over the globe in the weeks leading up to Halloween.

Most of the incidents were harmless cases of people trying to scare others for the frightful holiday season. Law enforcement also made several arrests, too. Schools issued warnings to parents, and the World Clown Association condemned the incidents as an affront against their profession. 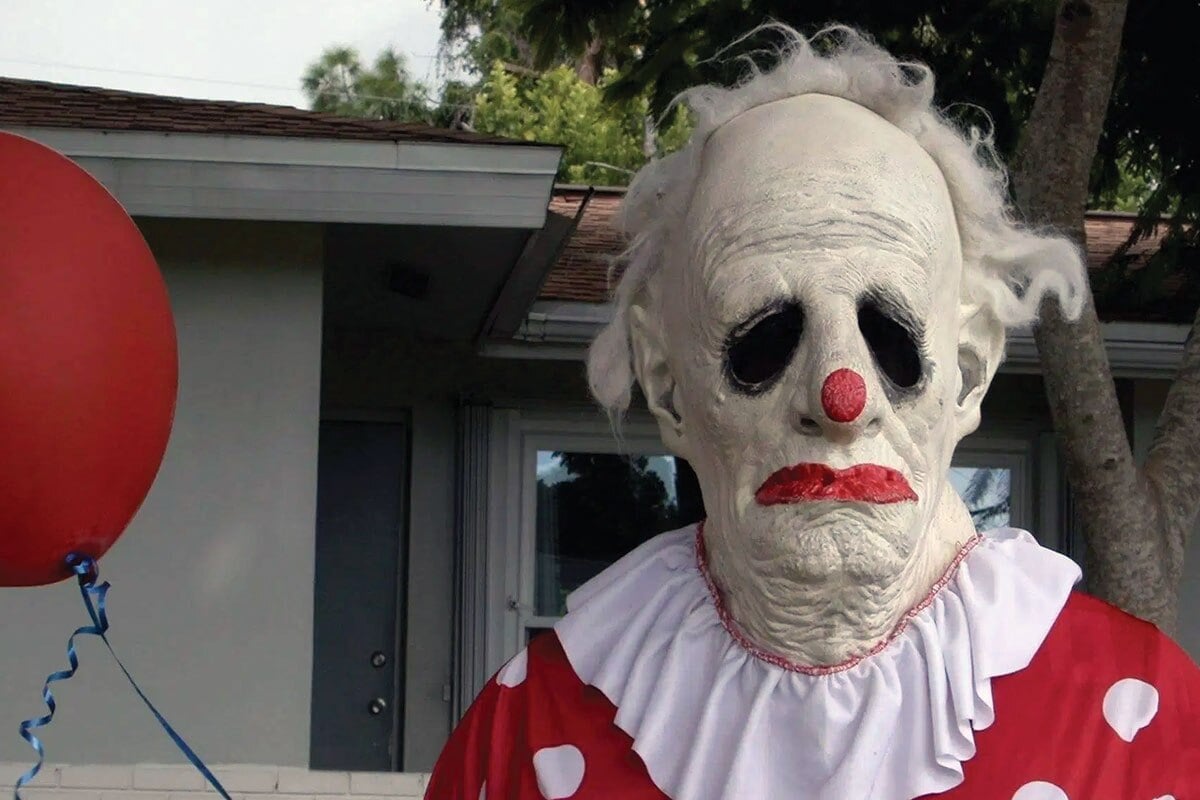 How did the killer clown sightings get started?

No one knew how the craze started. Theories ranged from imminent Purge-style attacks to strange expressions of anxiety to some form of an alternate reality game like Ash Vlogs. As it turns out, it all came down to one Green Bay filmmaker who wanted to create buzz for his new short horror film, Gags.

In the movie, an unknown individual dresses up as a clown and roams the streets of Green Bay, Wisconsin, at night. As you’d expect, the clown’s meanderings garner the attention of residents who are frightened out of their wits. Krause didn’t expect that his marketing scheme to draw attention to the film would go global. 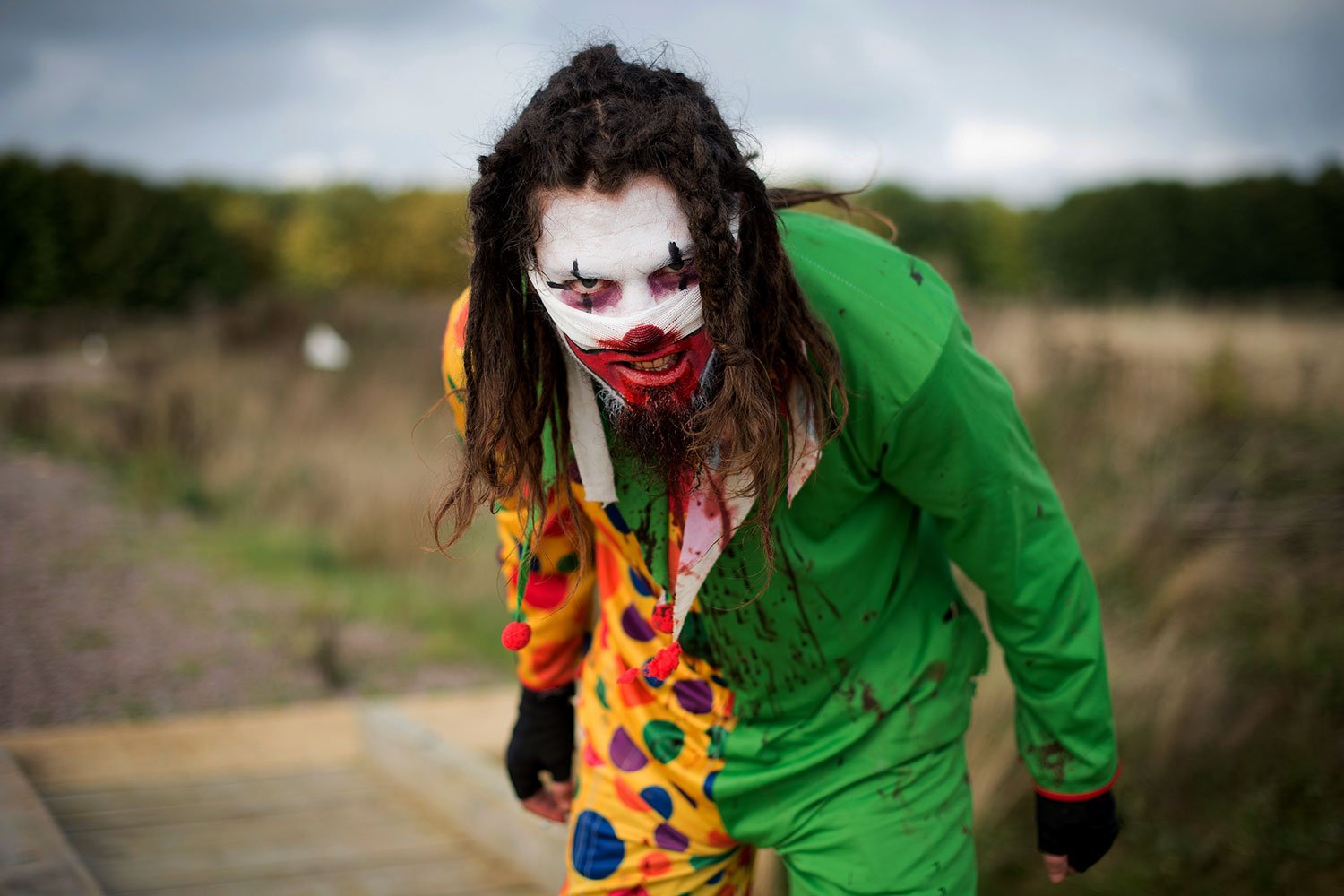 Krause shot grainy photos of Gags, the terrifying clown, wandering the streets of Green Bay and posted them without mentioning the character was part of a film. The images went viral. Soon, news outlets across the United States ran stories about the creepy clown spotted lurking in Green Bay.

The reports spread across North America and Europe, then eventually worldwide. As the marketing hoax caught on, it inspired copycats everywhere to dress up as killer clowns and terrorize their communities. Krause told the Green Bay Press Gazette at the time that he regretted not planning the release of the film closer to the posting of his pictures. He thought it would take time for the images to garner attention. How wrong he was. 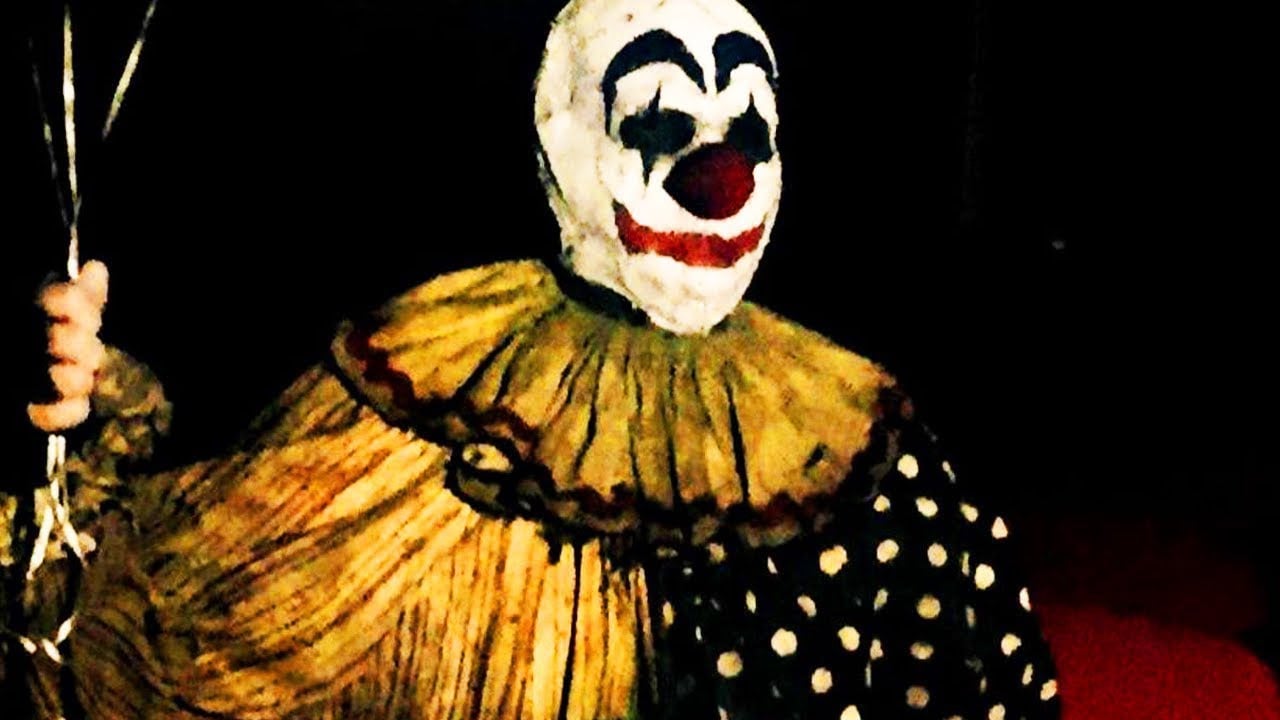 Why do the killer clowns continue?

The phenomenon eventually died down: being terrorized by killer clowns became a memory best left in the past, especially for the estimated 7.8 percent of Americans (nearly 26 million people) with coulrophobia, the fear of clowns. But 2020 wasn’t enough of a horror show for some folks to leave well alone.

In 2020, killer clowns videos posted to TikTok depicted them jumping on cars, taunting drivers on the sides of roads, emerging from dark woods, and committing other terrifying acts. 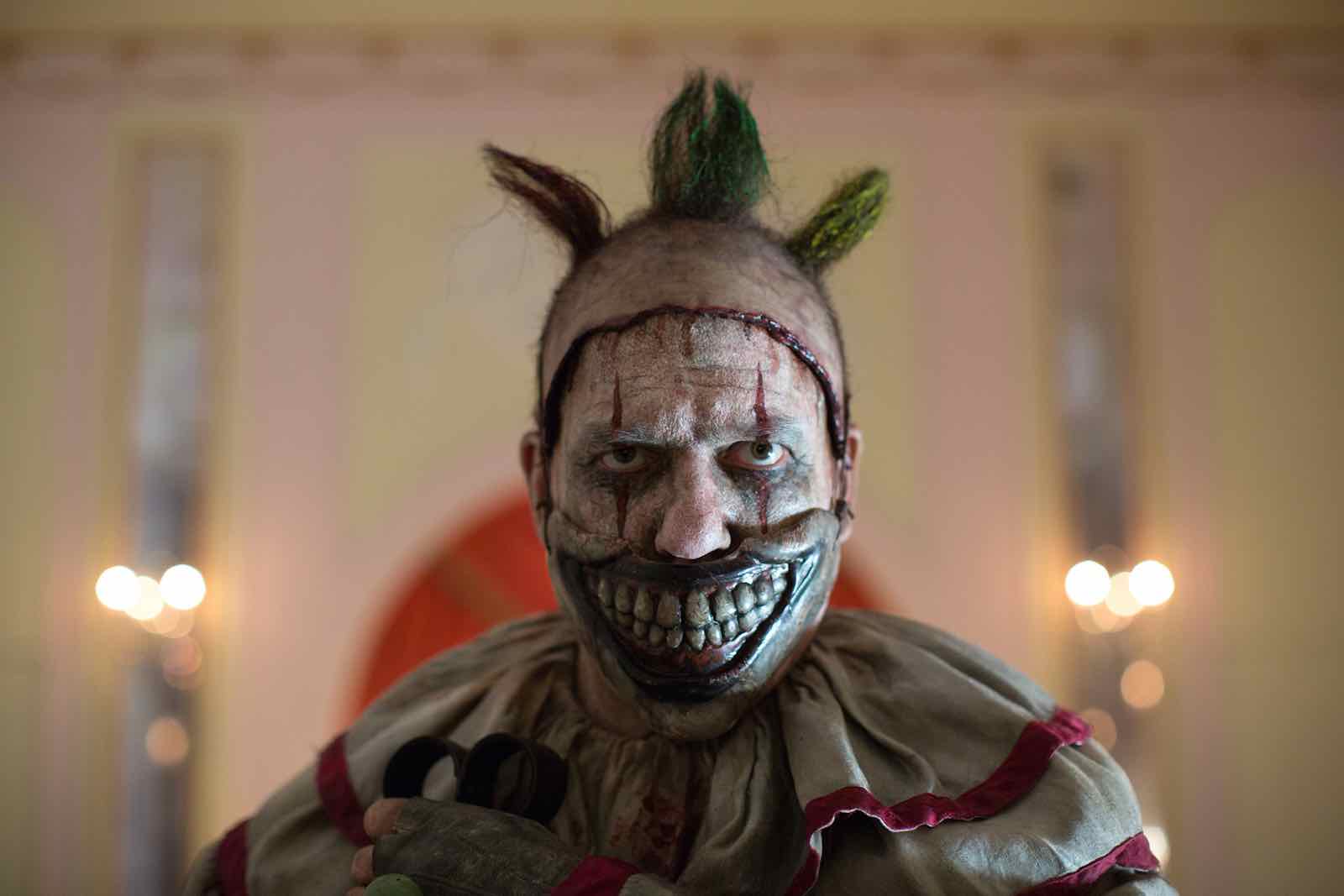 Why did the killer clowns return in 2020 of all years? Who would be cruel enough to kick a world when it’s down? Some suspect bored kids stuck at home for far too long decided to have a little fun. Or, perhaps, the filmmakers behind Killer Clowns (2020), a documentary that dropped just weeks before the TikTok videos began to post, were trying to recreate the success of Gags‘ marketing ploy.

We may never know. Given the link on KillerClownSightings2020’s TikTok account is broken and no more killer clowns postings have gone up since September 2020; the attempted rebirth could be long over. But as October rears its head and with Halloween approaching quickly, could another attack of the killer clowns be on the horizon?

One can only hope they keep to the shadows. Should the 2020 killer clowns strike again for 2021, then rest assured it will be no laughing matter.