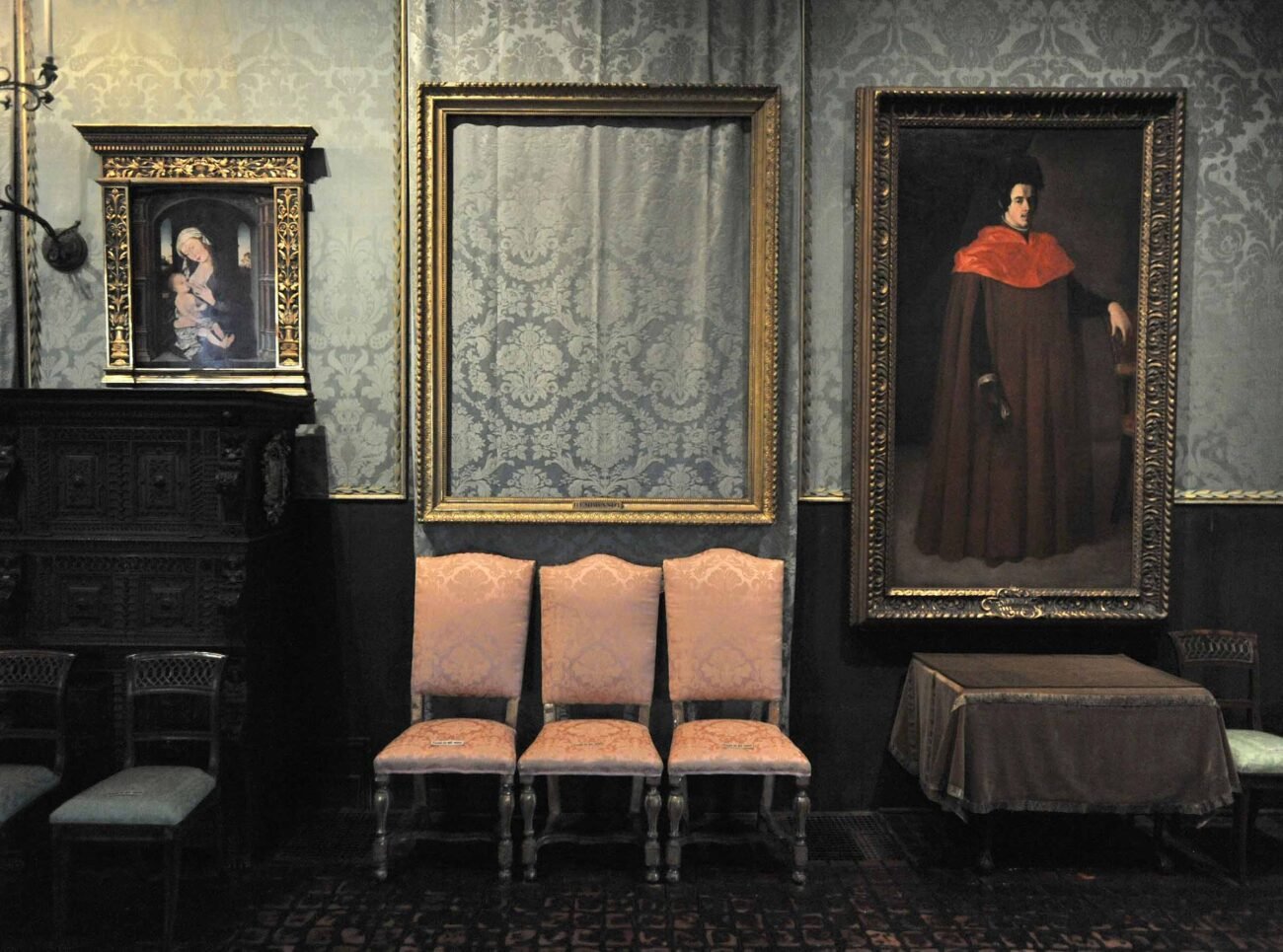 From shows like Leverage to Money Heist to movies like Ocean’s 11, there’s just something about a well-executed heist that captures that public imagination. No heist is more infamous in the US then that of the one that took place at Boston’s Isabella Stewart Gardner Museum.

To this day, none of the art has ever been recovered and the case remains unsolved.

If you love a good heist story, then this is the one for you. Will the case of the Isabella Stewart Gardner Museum heist ever be solved? Almost 30 years on, that’s the $500 million dollar question. 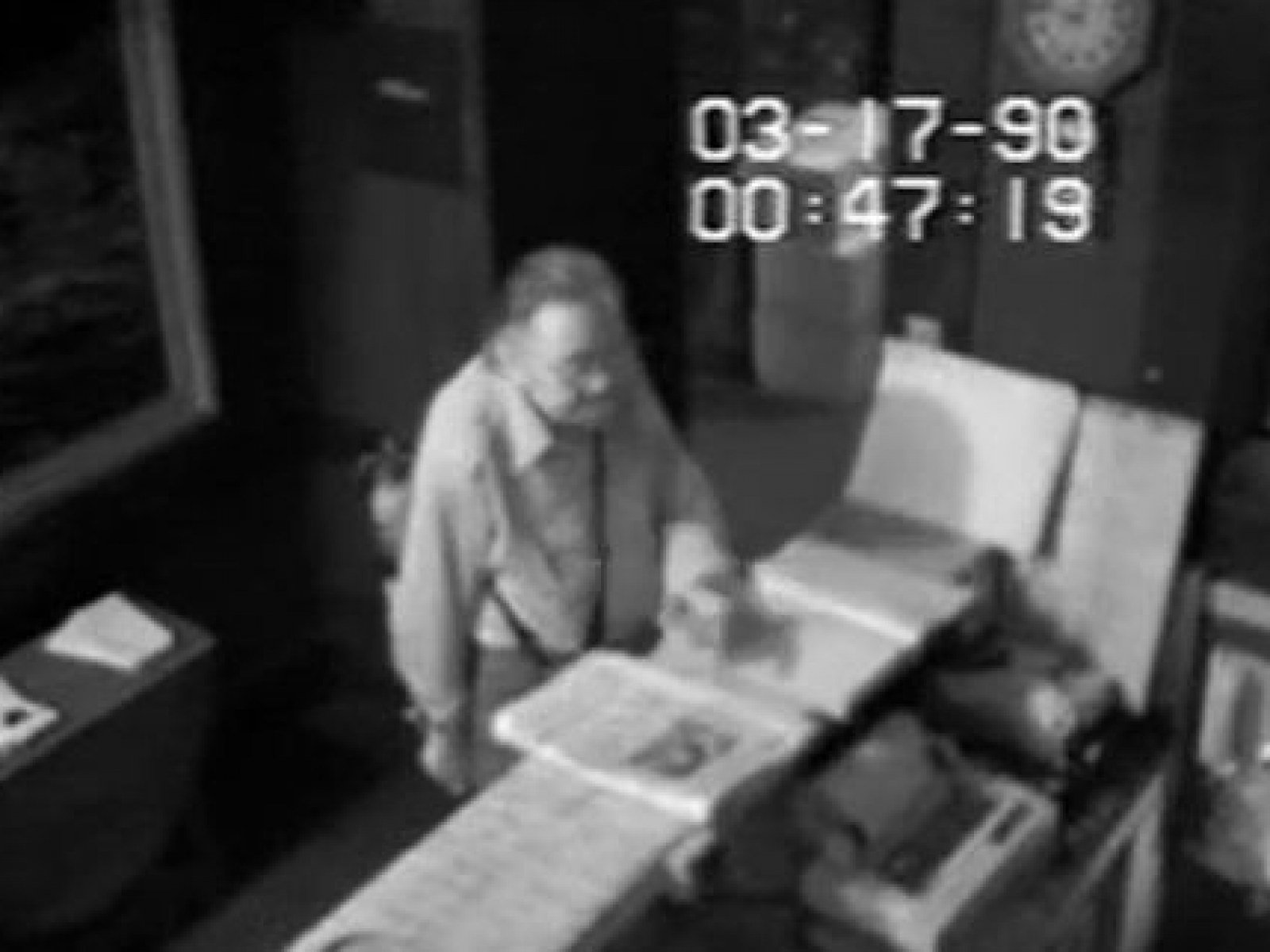 It was the early morning hours of March 18, 1990. The city of Boston was still in the throes of St. Patrick’s Day celebrations. At the Gardner museum, however, a heist was in progress. Two men posing as police officers detained the night security guards, Rick Abath, age 23, and Randy Hestand, age 25. Doing so, it took them both away from the security desk where the only panic button was.

Ironically, the museum was updating their security at the time. The new measures probably would have stopped the heist while it was in progress. Maybe.

After subduing the guards, the thieves went to work. They cut out Rembrandt’s The Storm on the Sea of Galilee, and A Lady and Gentleman in Black as well as Vermeer’s The Concert and Govaert Flinck’s Landscape with Obelisk, Manet’s Chez Tortoni, and five Degas drawings from their frames.

In addition, they stole a Shang Dynasty bronze vessel. The thieves tried to steal an Napoleonic flag, but couldn’t unscrew it. So they took the bronze eagle that rested on it instead.

After getting the loot, they took the video tape cassettes from the security desk. The thieves checked in on the bound guards to make sure they were comfortable. Then they left. According to motion detectors, the robbery lasted 81 minutes. At 8:15 am on March 18, 1990, the day shift arrived, discovered the bound guards, and called the police. 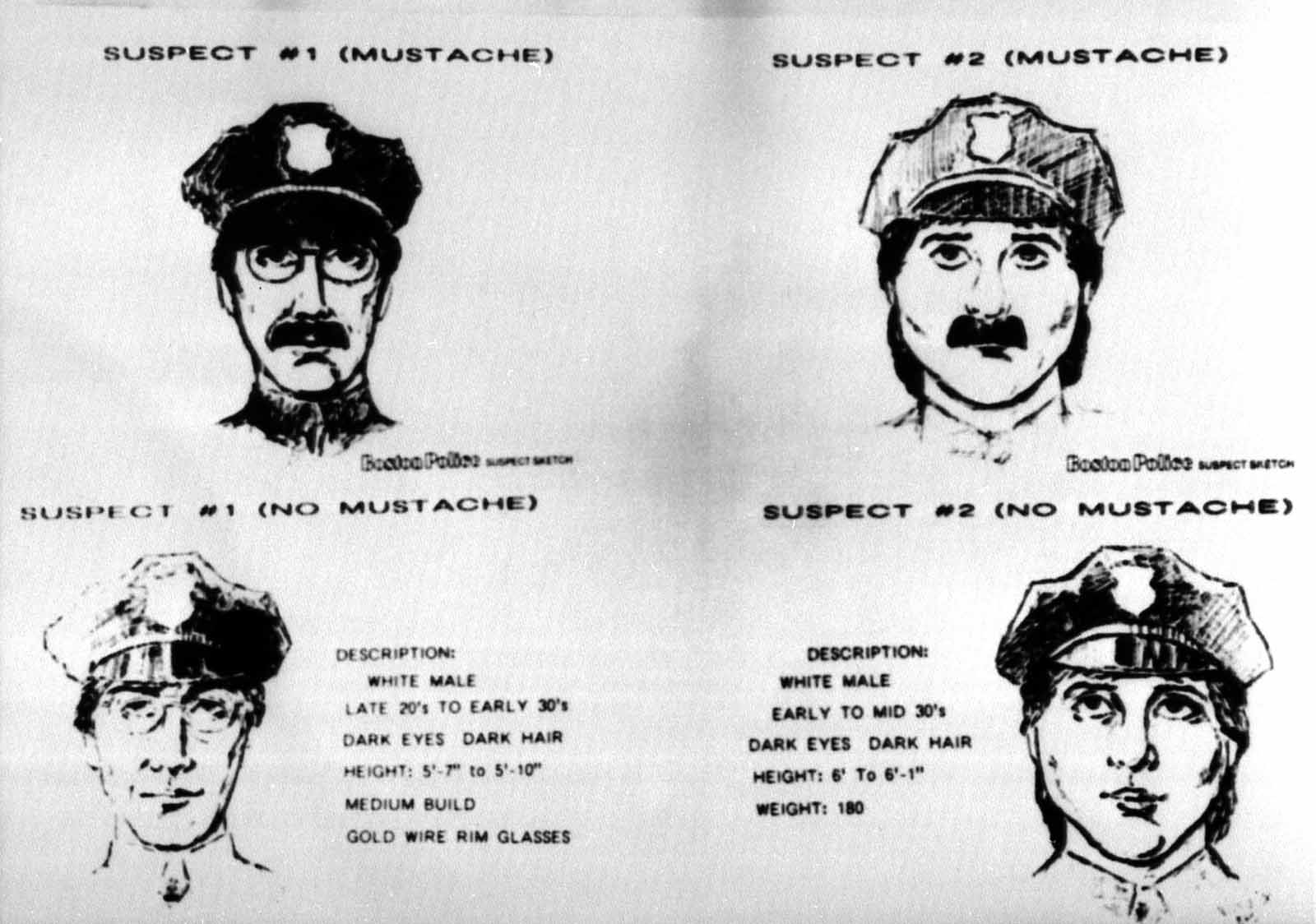 The FBI took immediate control of the case. There was a lack of strong physical evidence in regard to the case. The guards and witnesses on the street that saw the thieves as being between 5 foot 9 to 5 foot 10  in his mid to late 30s with a medium build. The other was described as between 6 foot to 6 foot in his late 20s to early 30s with a heavier build.

There have been numerous suspects in the case over the years from suspicions about an inside job to the mob. Night security guard Rick Abath, a stoner musician who worked the night security guard job to pay the bills, has especially fallen under suspicion. Police found Abath had exhibited some suspicious behavior on the night of the theft.

Eventually, however, the guards were ruled out by the FBI because they were deemed too incompetent to pull off the heist. 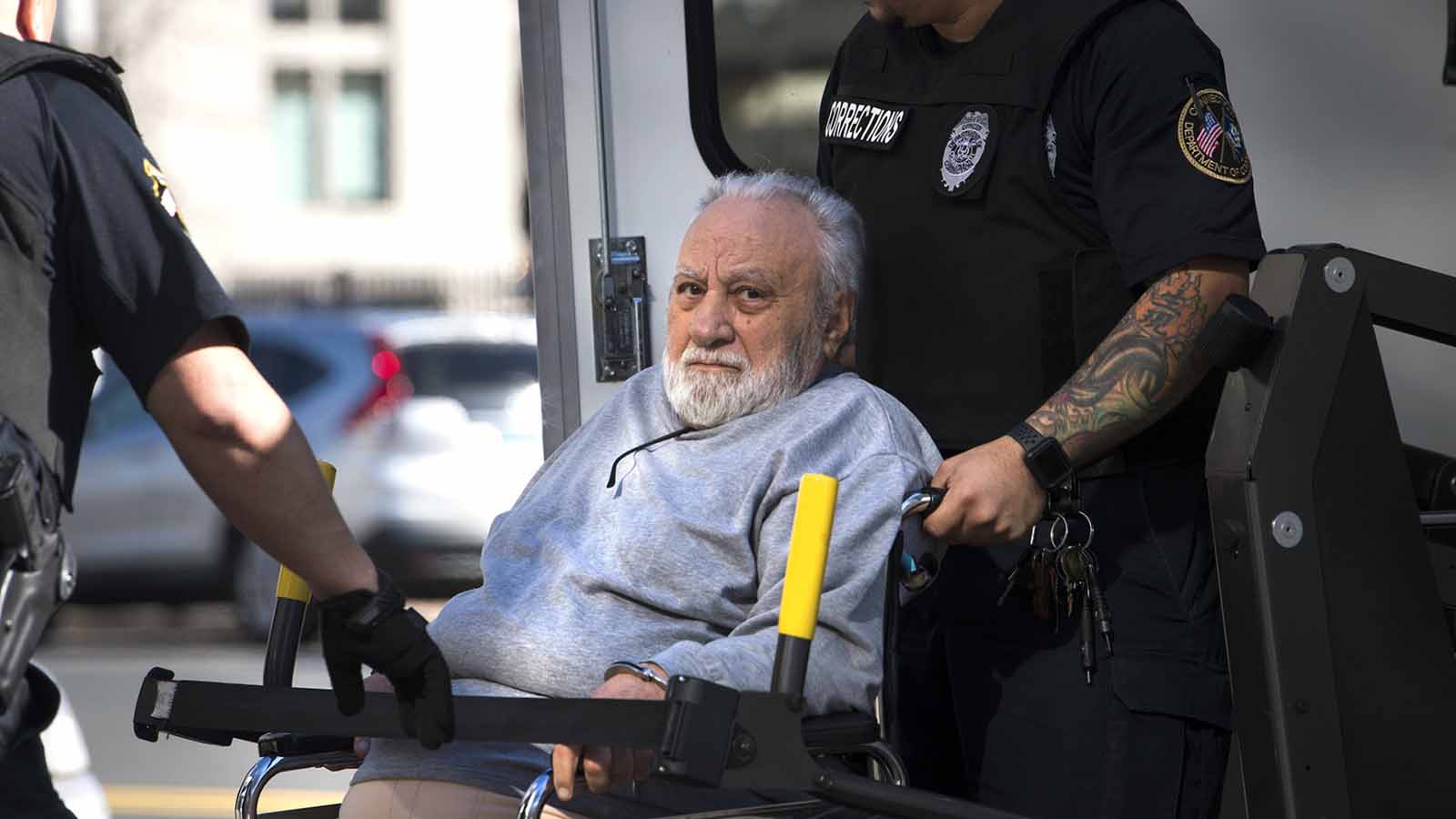 The Boston Mafia was also investigated. In 2013, the FBI believed that the Merlino gang members enacted the heist. They did release the suspect’s names, however, because they are deceased. The plan to rob the Isabella Stewart Gardner Museum had apparently been in the works for a while with the first casing of the museum taking place in the 80s.

Police believe that petty criminal Robert Gentile may know where the stolen masterpieces ended up. He’s been named a person of interest in the case since 2010. A widow of an associate of Gentile’s came to police and told them that she saw her husband owned some of the stolen paintings and gave them to Gentile for safekeeping.

Gentile denied these allegations, but has failed polygraphs horribly (if you believe in polygraphs) and remains a suspect. He went to prison for drug charges and was released with good behavior. Gentile, who is not well, may take whatever secrets he has about the paintings and the heist to his grave. 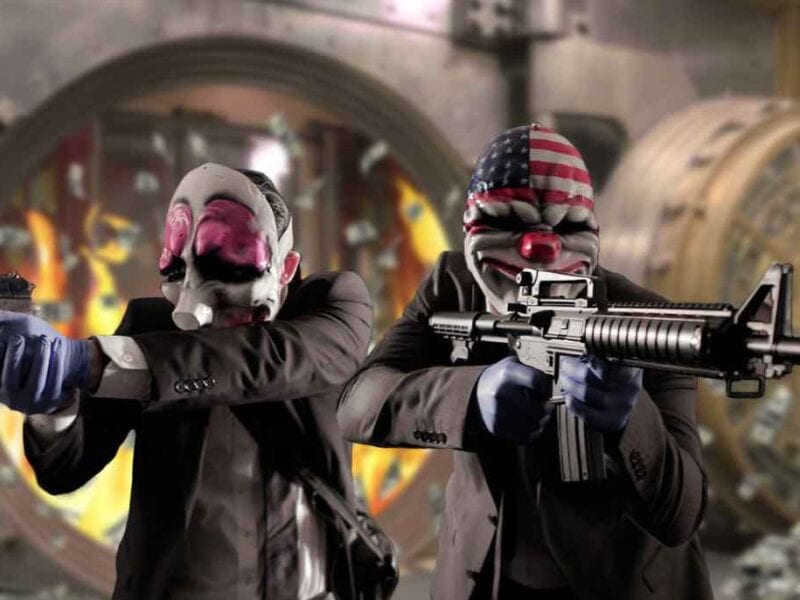 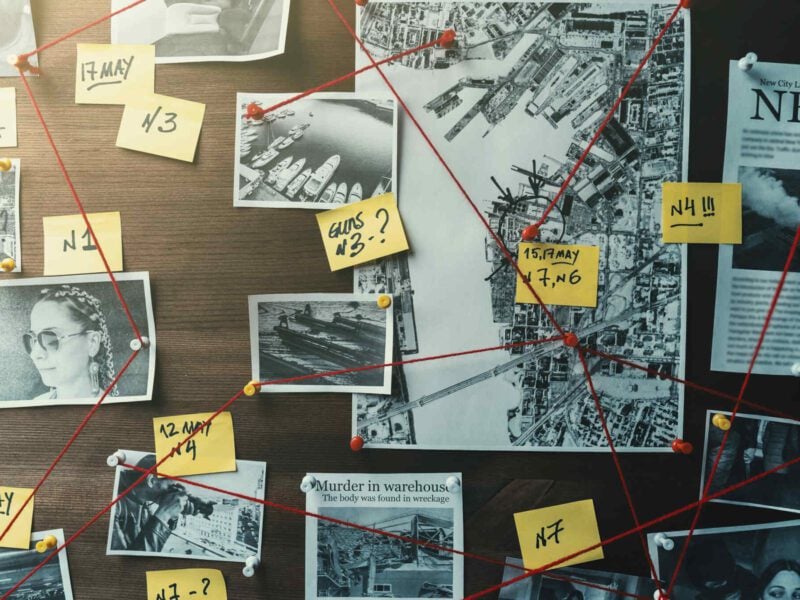 What are the best true crime podcasts covering a single case?