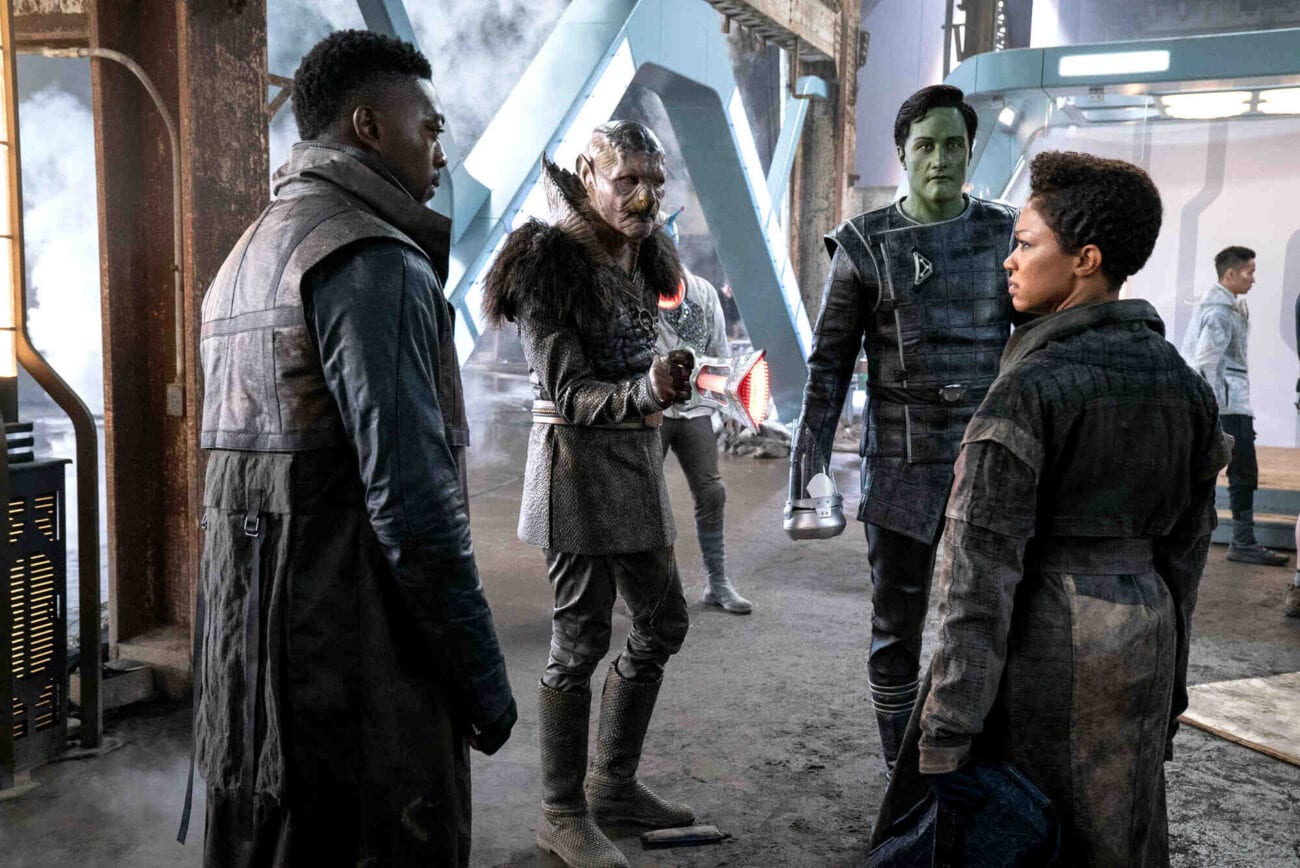 Star Trek: Discovery has returned, and we’re not in Federation space anymore. The show is boldly going 900 years into the future for season 3. And? People seem to be liking the time-skip. Before, the series was set in the time before the original run of Star Trek. People, however, weren’t too enthused with Discovery during its release for several reasons.

Dour, overcomplicated, annoying, frustrating, boring, there were a lot of complaints being leveled against the series during its first two seasons. Sure, we got Ethan Peck as Spock and he was pretty great. But, man, at what cost did that come? Now, however, the move to future signifies a shedding of some of the elements that were driving fans insane – or, at least, it looks like that.

Based on the season 3 premiere of Star Trek: Discovery, they are going boldly into some seriously uncharted territory. And maybe that’s exactly what the series needed to finally become good. 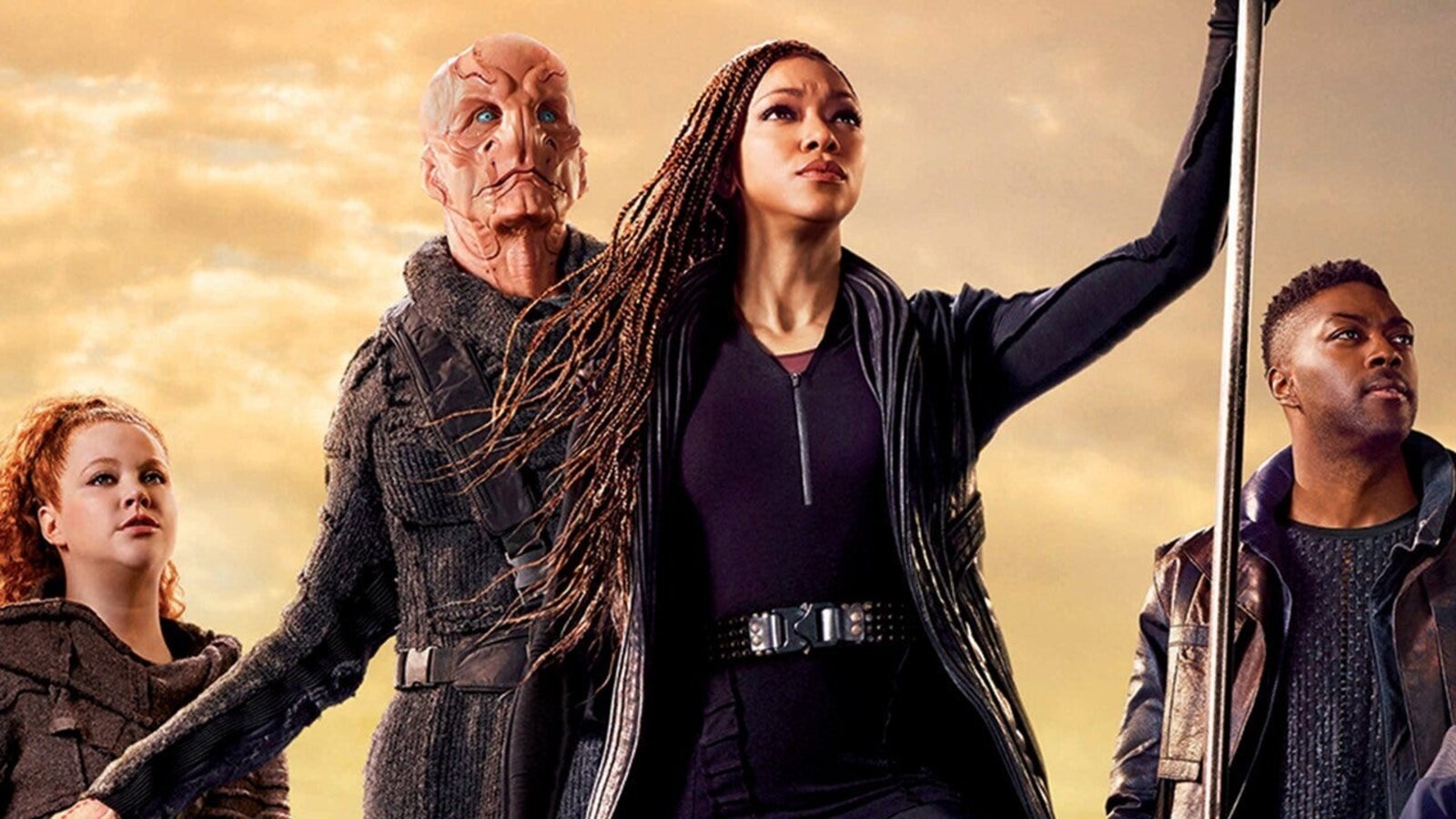 At the end of season 2 of Discovery, Michael Burnham (Sonequa Martin-Green) jumped to the future where she crash-landed on a mystery planet. The ship of Discovery followed after her with the mirror verse Georgiou (Michelle Yeoh), joining them and Saru (Doug Jones) as acting captain of the ship. Meanwhile, the disappearance is covered up and everyone agrees to never speak of the crew again.

It’s a pretty simplified version of what happened, but that’s the basic gist of things. 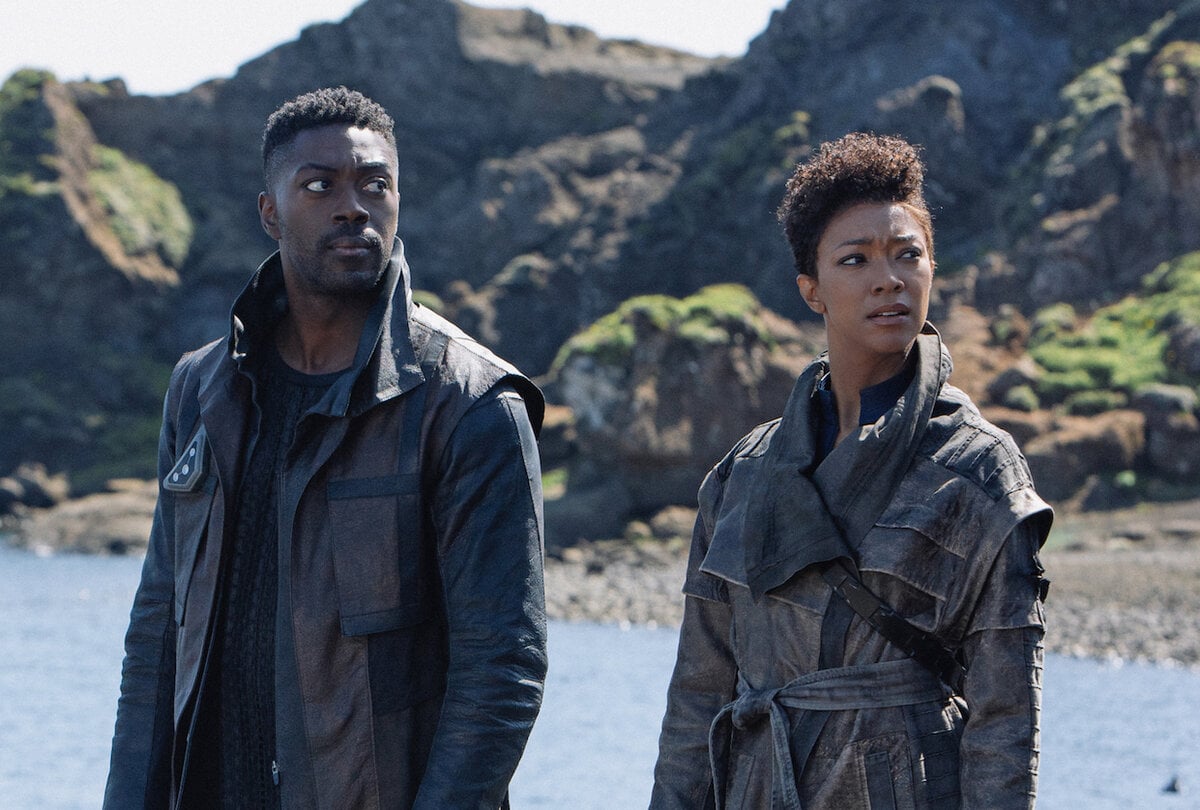 While on the new planet, Michael meets a courier named Book (David Ajala), who has a cat named Grudge. So the season vastly improves over the addition of Grudge because cats make everything immediately better. Don’t @ us here. What works best here, of course, is that Discovery removes all the familiar trappings of Starfleet and the like, putting us all on equal ground.

Michael is a stranger to the strange land of the far future. Well now the audience is as well. As The Guardian writes, “Discovery is a show given to histrionics, but stripped of its familiar setting, it now reaches for profundity with a little more assurance,” Of course, Discovery still lacks the inherent optimism of the franchise overall. But, by no longer being bound to canon, it seems a little more confident in itself as a show. 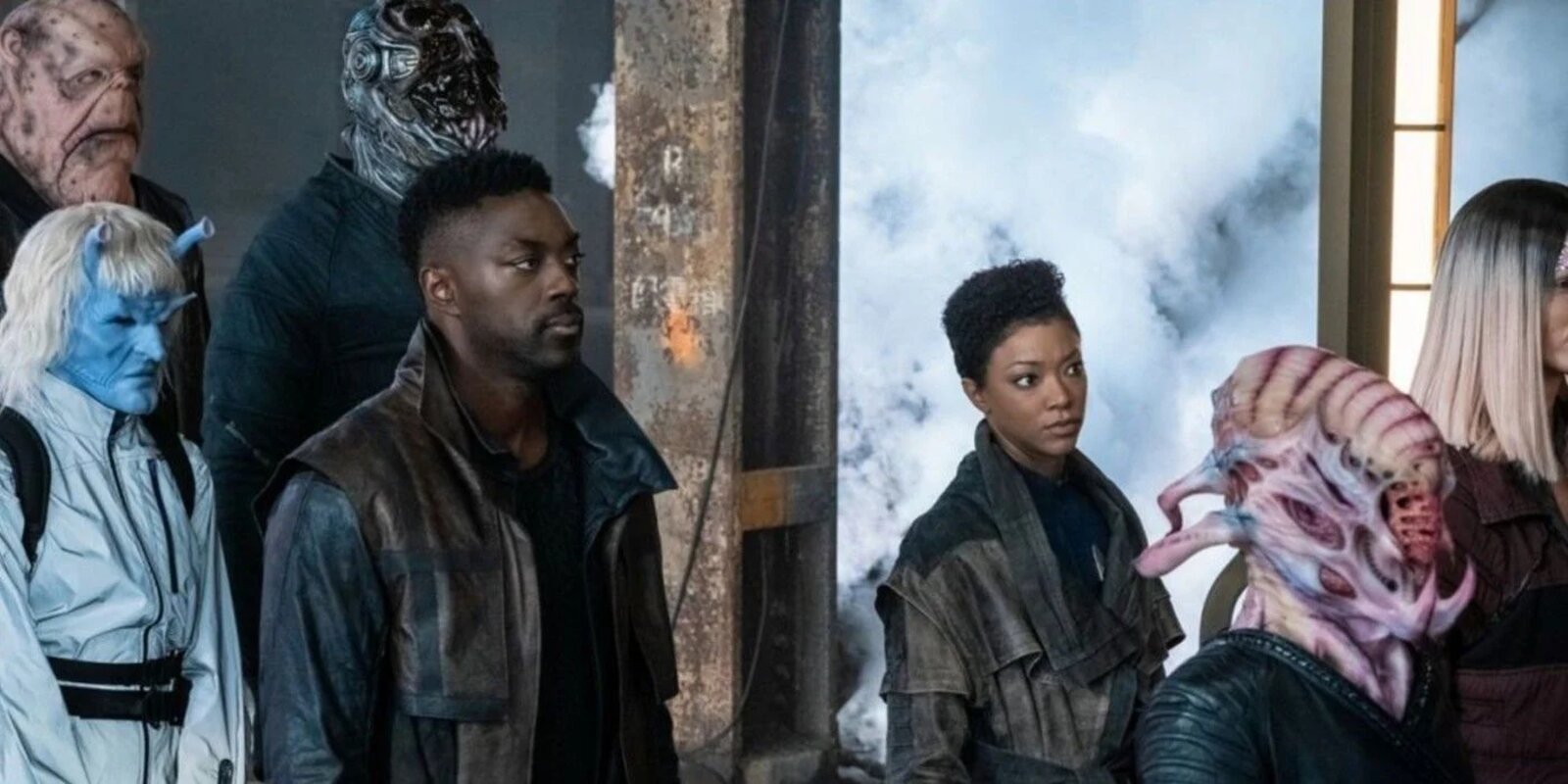 Another thing that Star Trek: Discovery season 3 benefits from is a clear-cut mystery set up from the beginning. In the year 3188, the Federation now has little influence in comparison to the past. It largely has to do with the “dilithium” exploding. These crystals engage warp drives, which allow you to travel in space. This means that in figuring out the landscape of this new year, the crew of Discovery has to figure out what caused Starfleet to fall.

The mystery, admittedly, is a solid idea. What brought down something so strong and iconic as Starfleet? What made the dilithium crystals essential for warp drive to explode? The mystery is something really interesting to go all in on here. If the threads are teased just right it promises to be a really cool story in the Star Trek canon overall. 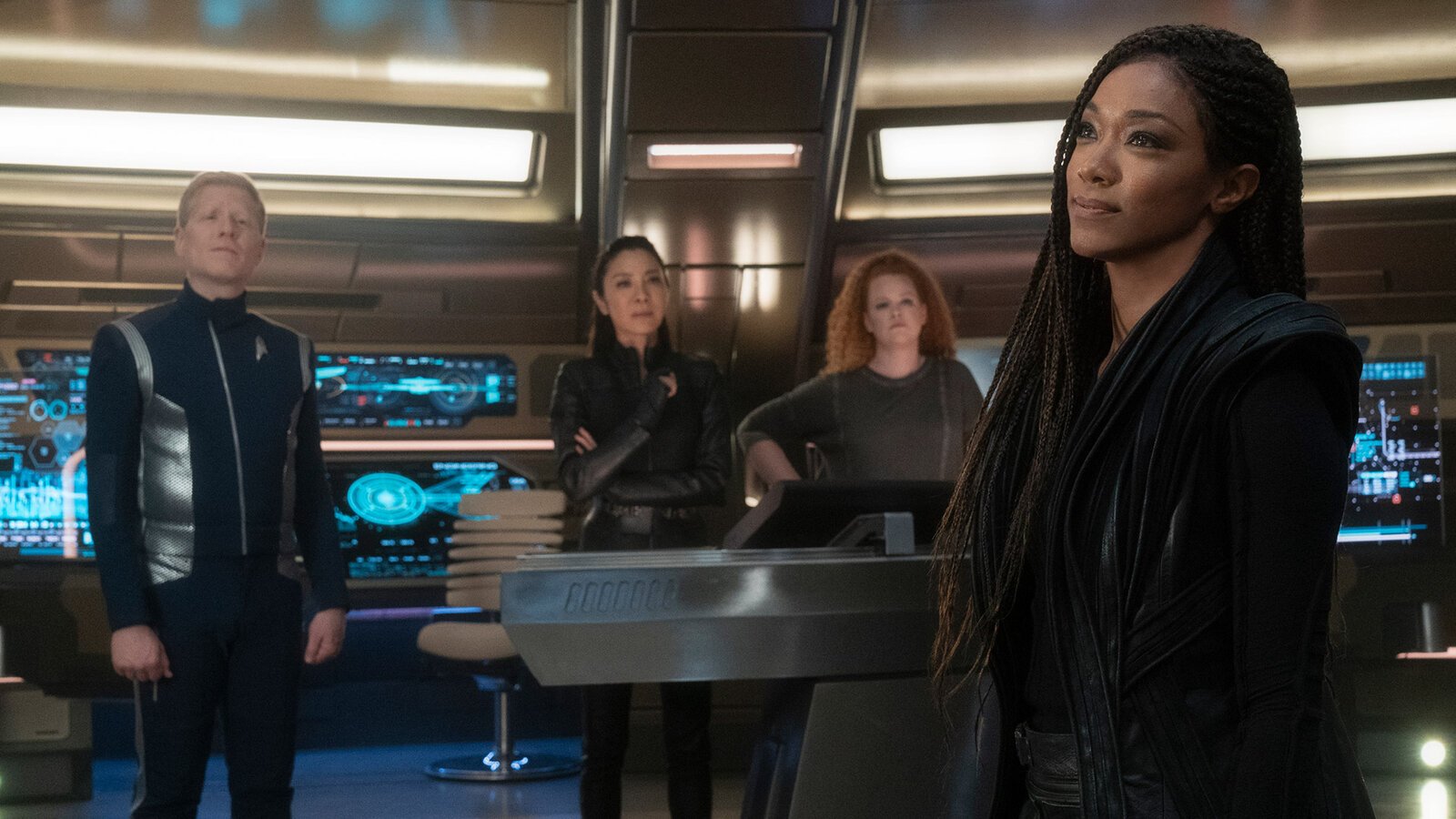 Star Trek: Discovery had a rocky start in the first two seasons of the series. With the opening of season 3 along with some promising new casting, such as the franchise’s first non-binary and transgender characters, things are looking up for one of the most disliked entries in the franchise. Hopefully, they can rebound into something really great.

Star Trek: Discovery season 3 will have a 13-episode season, airing on CBS All Access. 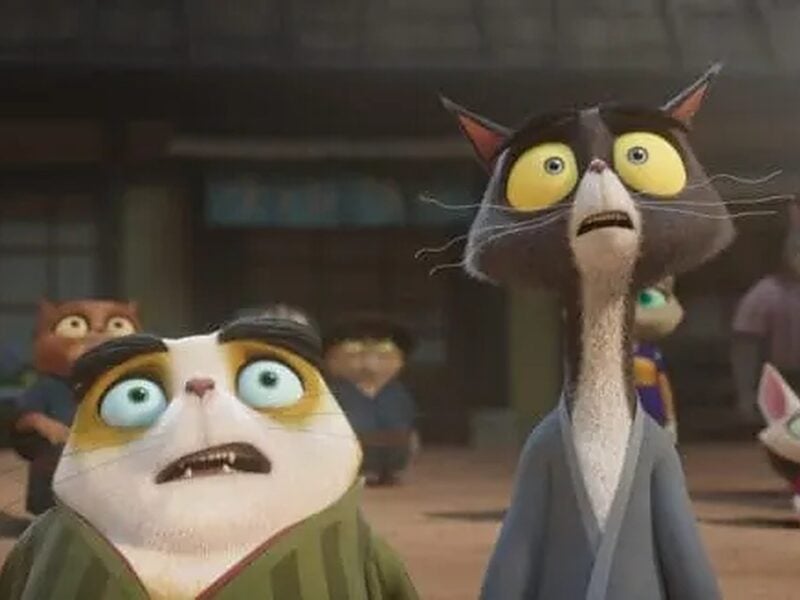