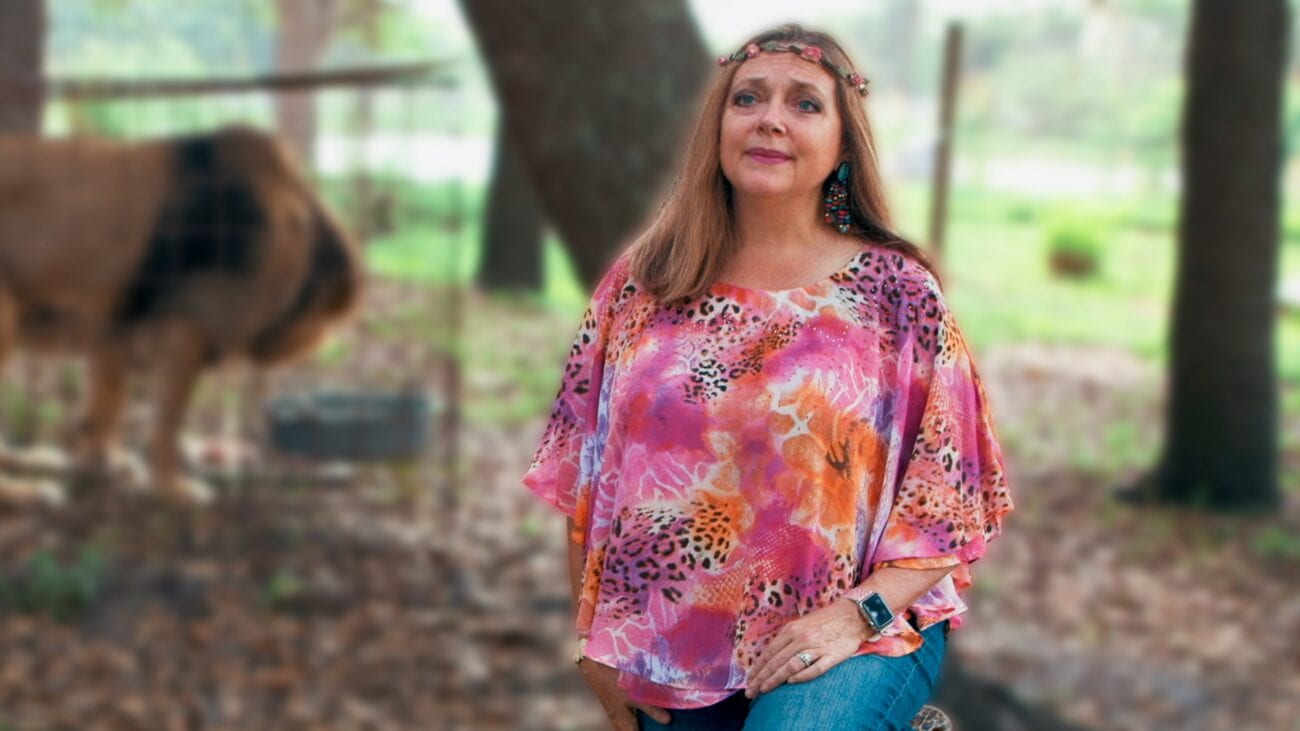 ‘Tiger King’: All the best Carole Baskin memes you need in your life

Tiger King has most people thanking Netflix profusely for the much needed distraction. Everyone except, perhaps, Carole Baskin– who has become high grade meme material as far as the internet is concerned.

The woman, who has been found guilty by the jury of public opinion, for feeding her husband to a tiger, has countless jokes floating around at her expense right now. Below is a list of the feistiest Tiger King memes that made us laugh out loud. 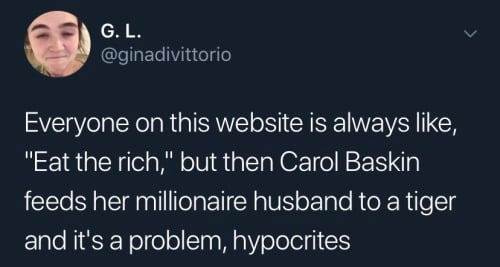 It was supposed to be a figure of speech! 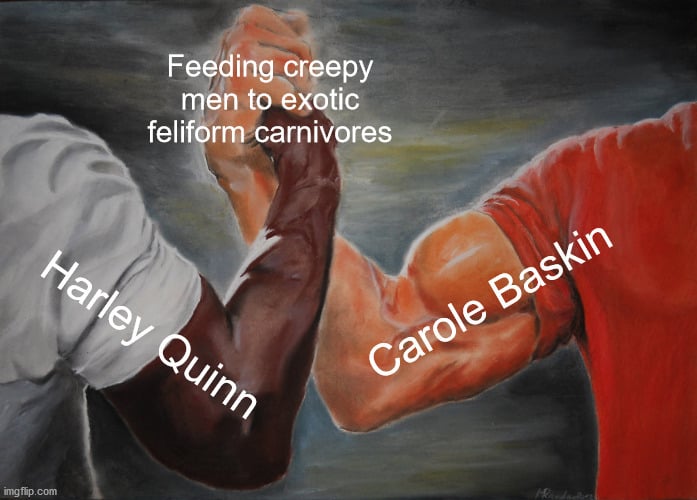 It always feels better to blame someone

Carole Baskin’s name is becoming synonymous with the phrase “scapegoat”. 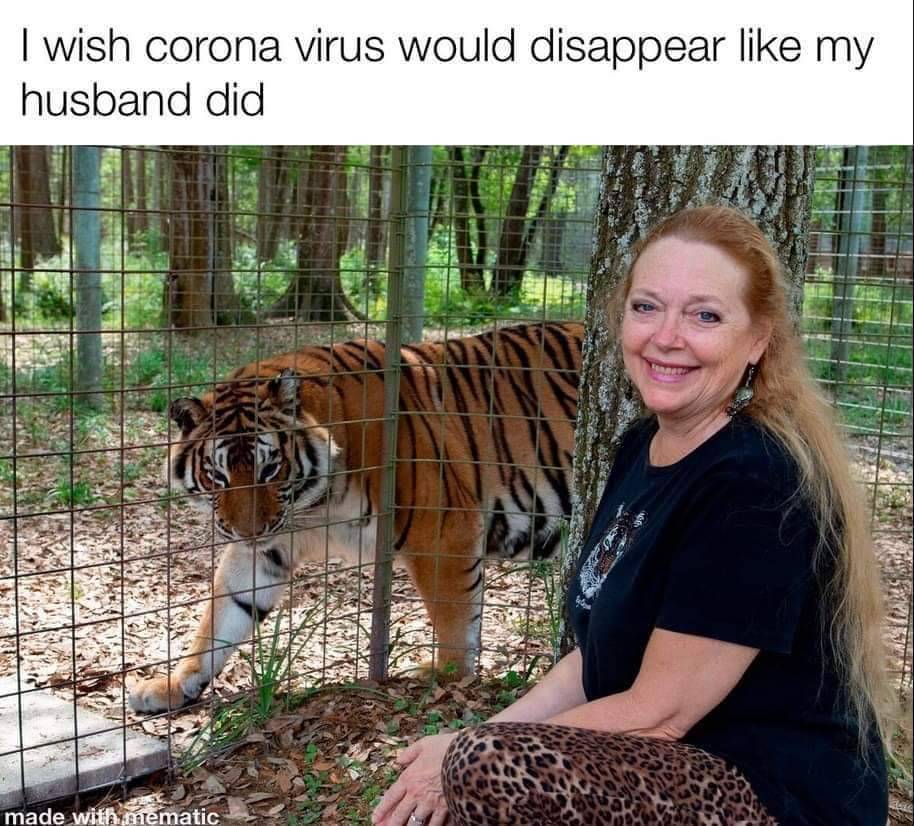 It’s a nice thought, at least. 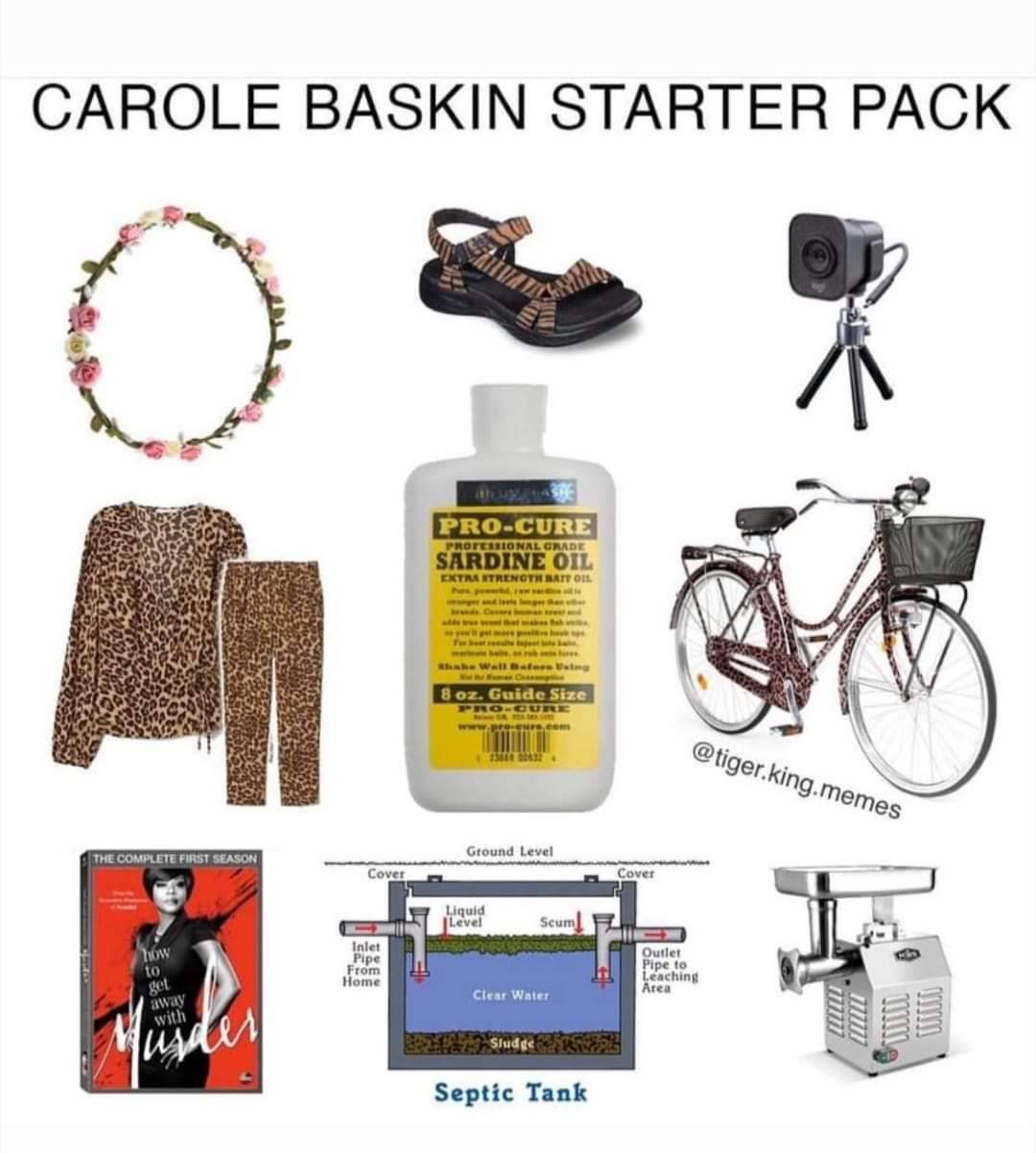 Conventions will reopen eventually– this may help you brainstorm your next outfit. 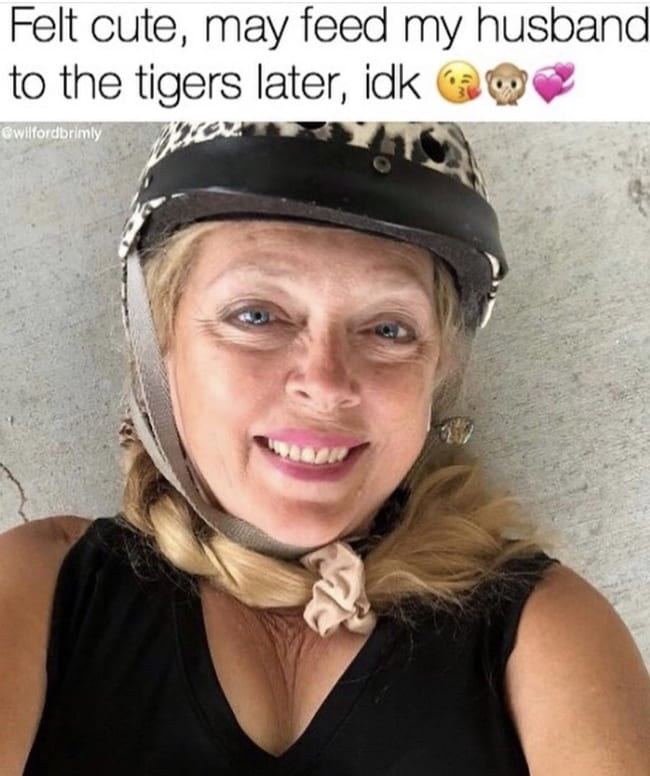 If Carole were Insta savvy

Can this be admitted into evidence? 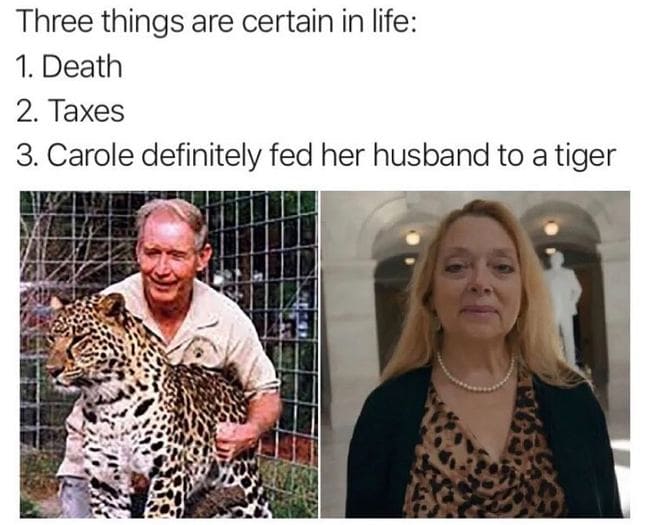 If the founding fathers said it, it must be true

Some things in life are unavoidable. 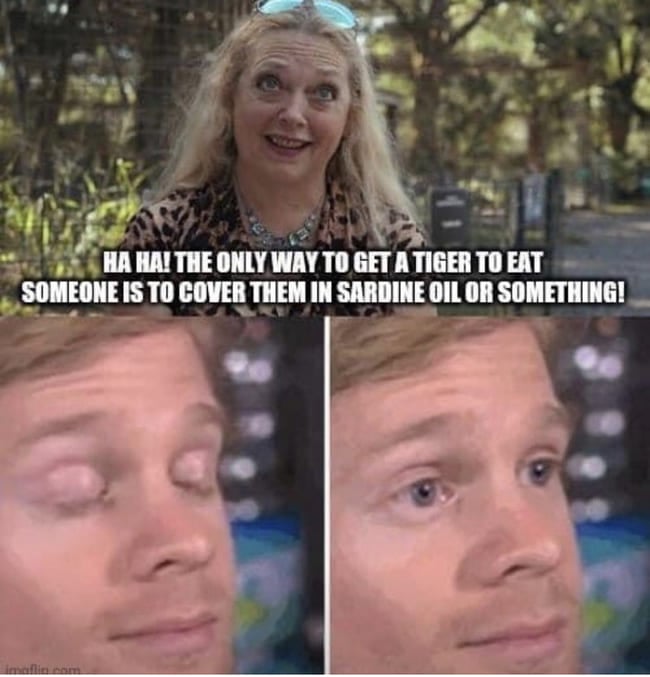 If this were poker Carole would be in pretty big debt right now for showing her cards. 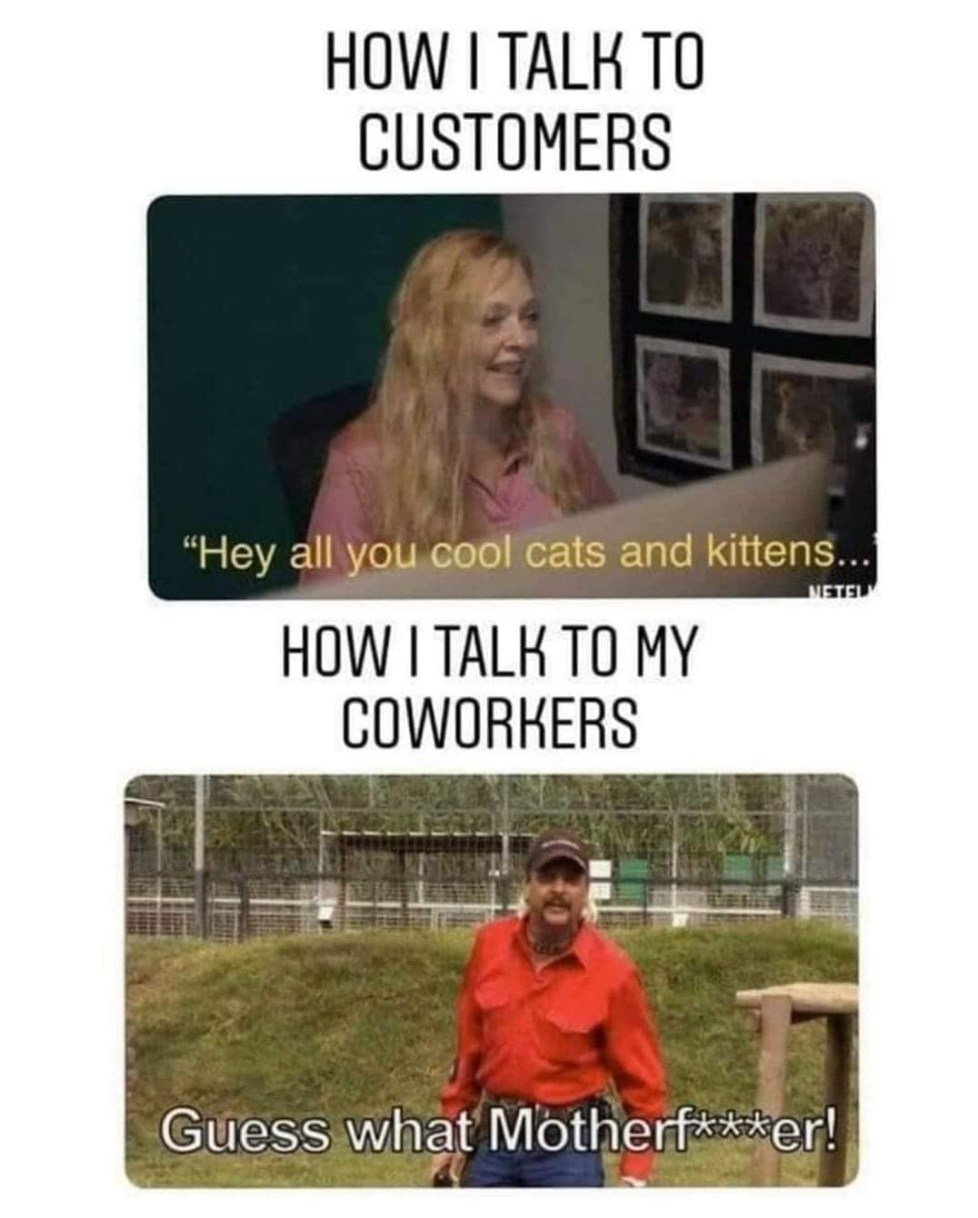 Gotta make sure the memes are relatable 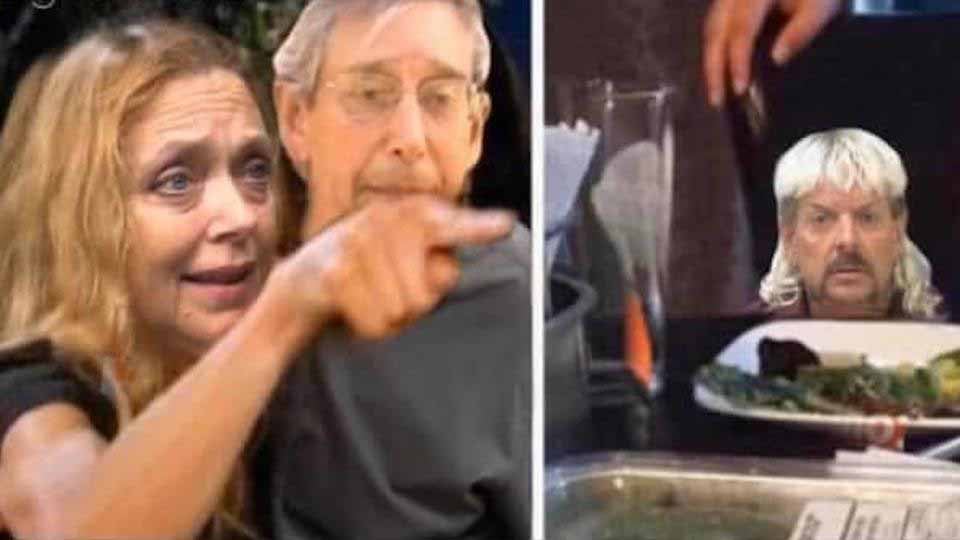 A twist in a classic

It’s true and you know it. This may be our favorite of the Smudge getting yelled at memes, but you be the judge based on our collection of those memes. 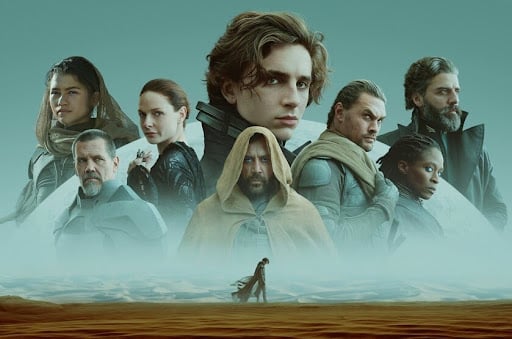 Where to Watch ‘Dune 2021’ Free Streaming Online At Home? 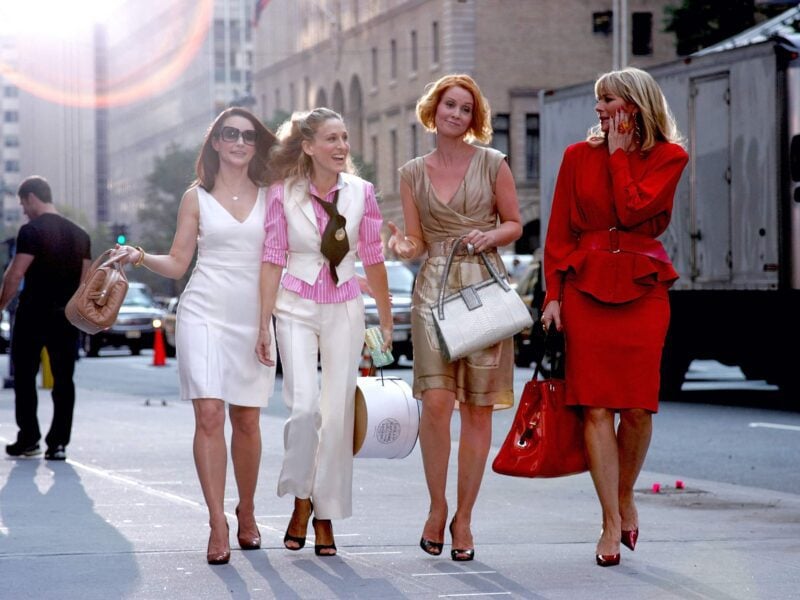