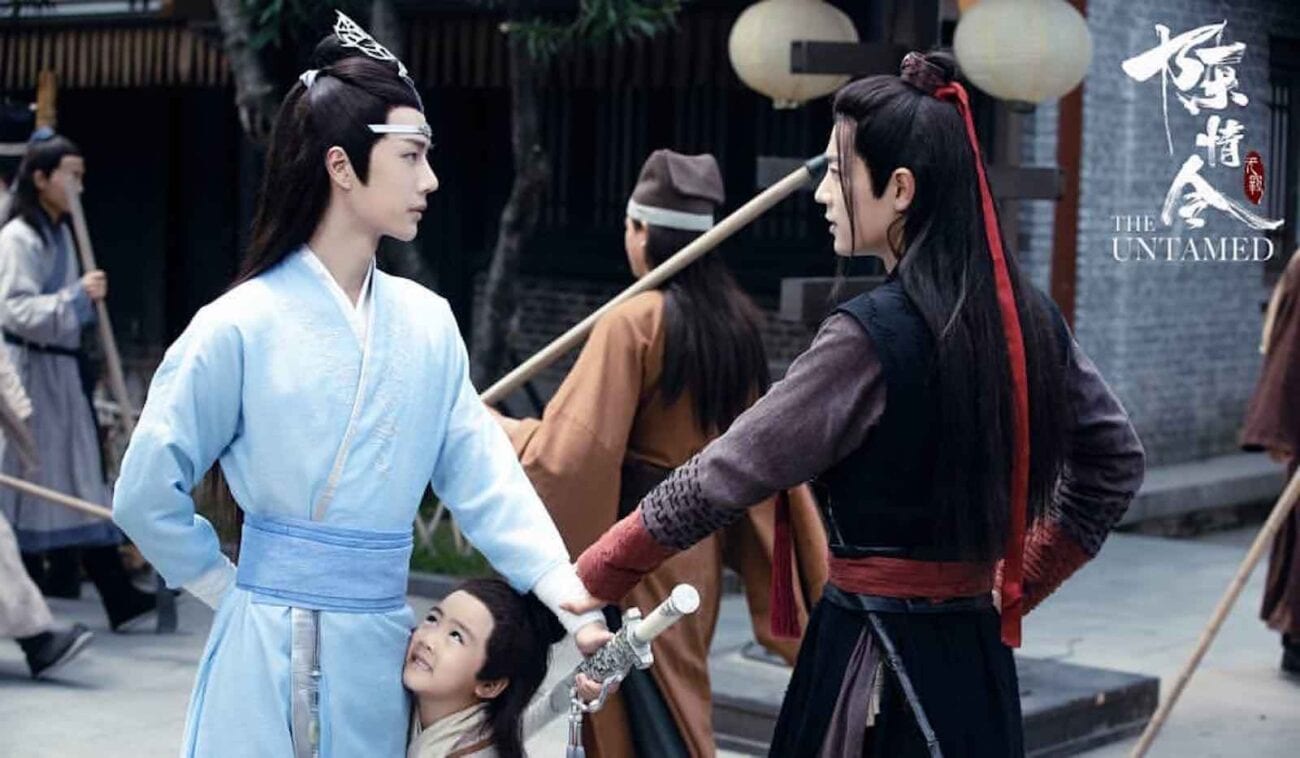 ‘The Untamed’ moments: All the scenes to crush fans’ hearts

The moments of tenderness in The Untamed are what keeps us coming back to this Chinese drama. The unspoken bond of love between the protagonists Wei Wuxian and Lan Wangji lies at the heart of the story and if we’re honest, it’s the plotline we wait anxiously to see unfold in every scene.

Though the show underwent some censorship that took away from the overt romantic story, The Untamed has managed to retain the intensity of Wei Wuxian and Lan Wangji’s relationship. There are many heart-pounding moments that leave us in teary puddles and here are a few love-laced scenes.

Spoilers may lie ahead! 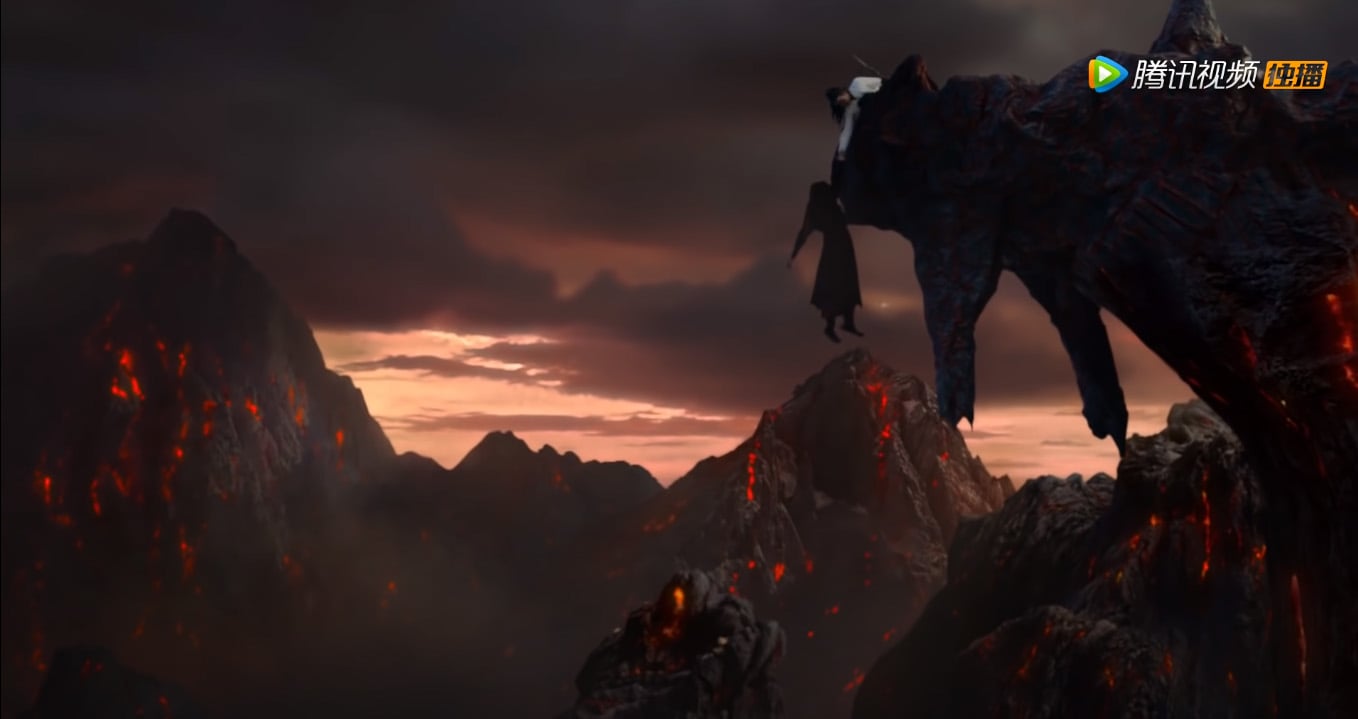 In this scene, Wei Wuxian meets Lan Wangji again after Wei Wuxian’s sixteen year disappearance. In a tension-filled moment Lan Wangji grabs Wei Wuxian by the wrist —a rare act of physical contact — as they peer into each other’s eyes in recognition. 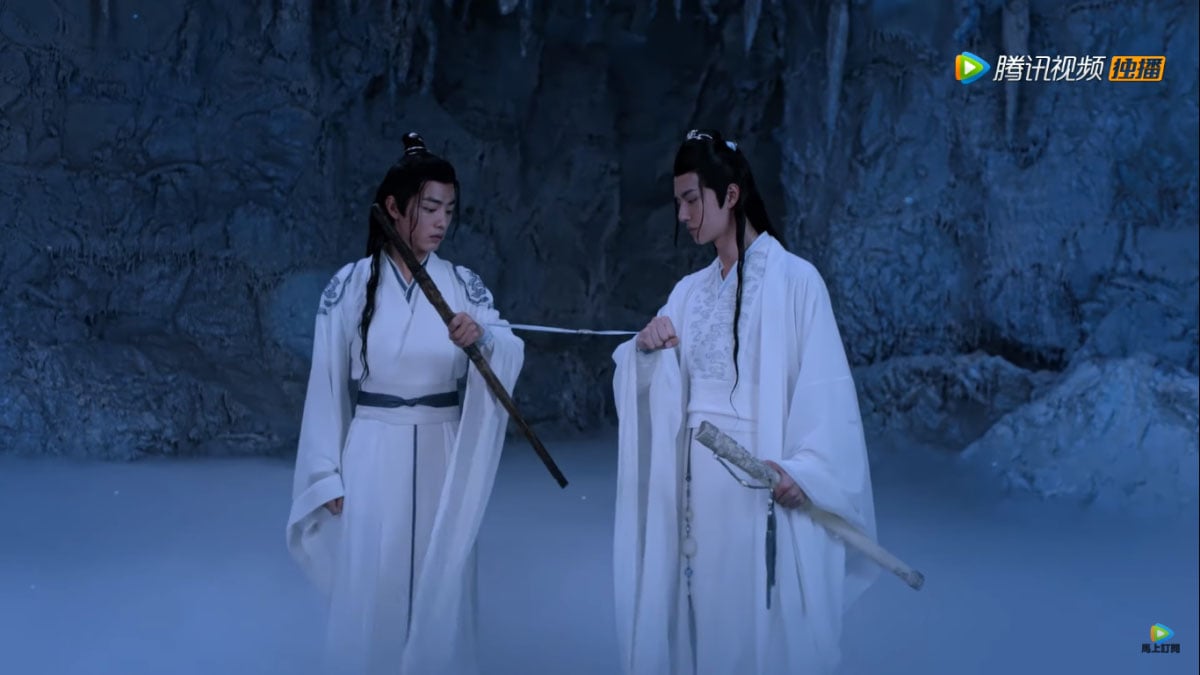 In the cold spring cave

When Wei Wuxian and Lan Wangji meet with ancient guqin of the cold spring cave, Wei Wuxian is attacked by its power because he is not of the Lan sect while Lan Wangji, who belongs to the sect, is untouched.

To shield Wei Wuxian, Lan Wangji removes his headband and ties their wrists together, a significant act since only a wife/partner is allowed to touch a Lan’s individual headband. 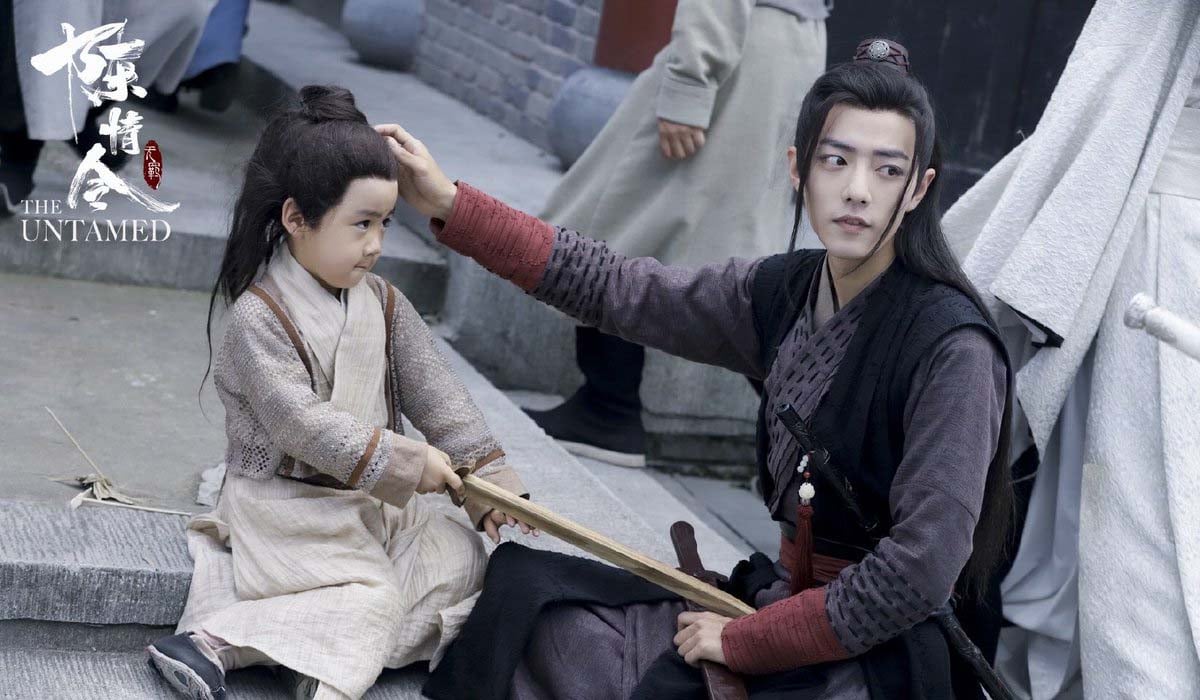 In one of the cutest scenes, the little boy A-Yuan, Wei Wuxian’s friend and ward is taken with Lan Wangji when he comes to visit. The toddler approaches Lan Wangji and hugs his knees, refusing to budge for anyone.

Wei Wuxian laughs at A-Yuan’s affection for Lan Wangji and jokes that they are his parents. Lan Wangji appears unamused at this thought but he begrudgingly grows to love the little boy, even becoming his adoptive father later in the series. 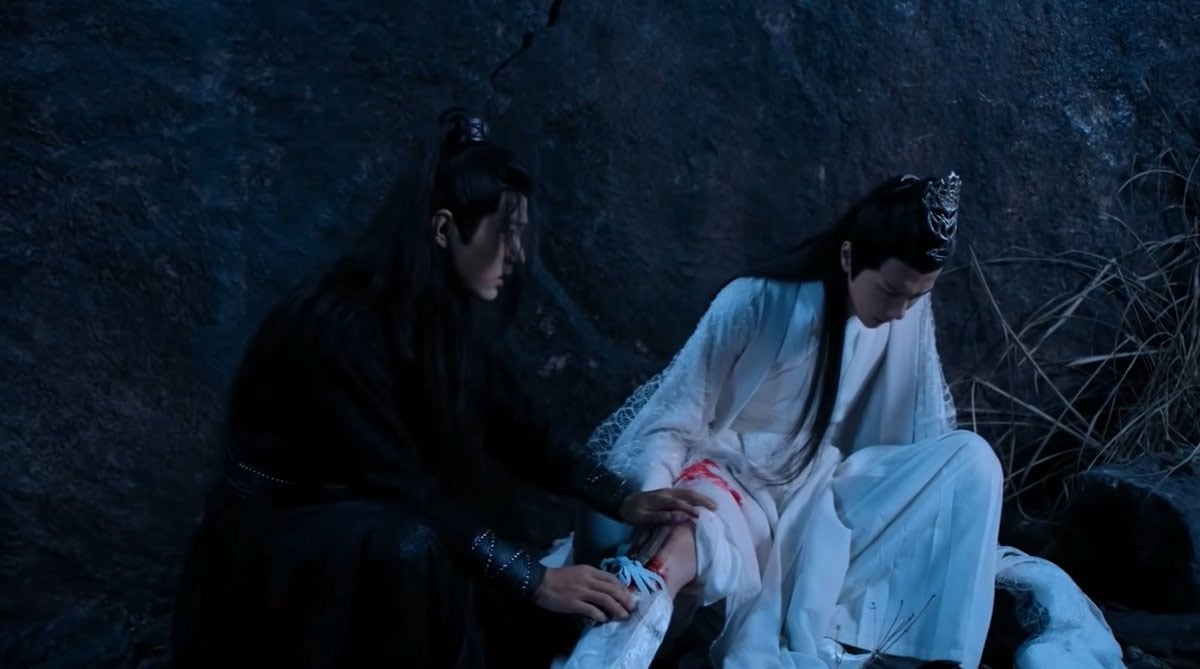 In another cave related scene, Wei Wuxian tends to a wounded Lan Wangji by using his headband for bandage and in a sly tactic, gets Lan Wangji to expel any “stale blood” by pretending to take off their clothes and forcing Lan Wangji to throw up in distress.

The two also share a moment of hilarious confusion each thinking the other has a crush on a young female friend of theirs. Only when each denies the attraction do we see the reality that their affections truly lie with each other. 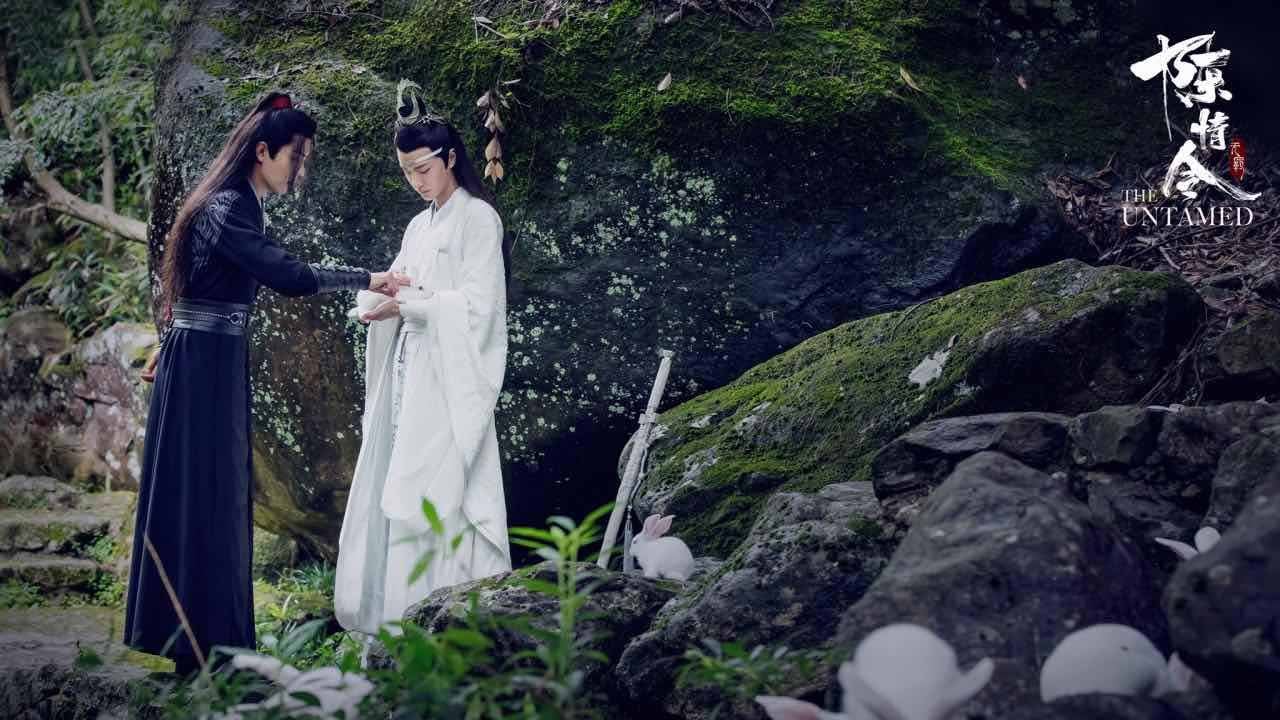 The moment with fluffy little scene stealers is one of the sweetest in the show. We see the stony faced Lan Wangji melt a little as he plays with the rabbits, having saved them from being supper. The rabbits also serve a symbolic purpose as the Chinese associate rabbits with queerness. One heart-melting shot of the rabbits touching noses is also thought to be a representation of Wei Wuxian and Lan Wangji’s romantic love.