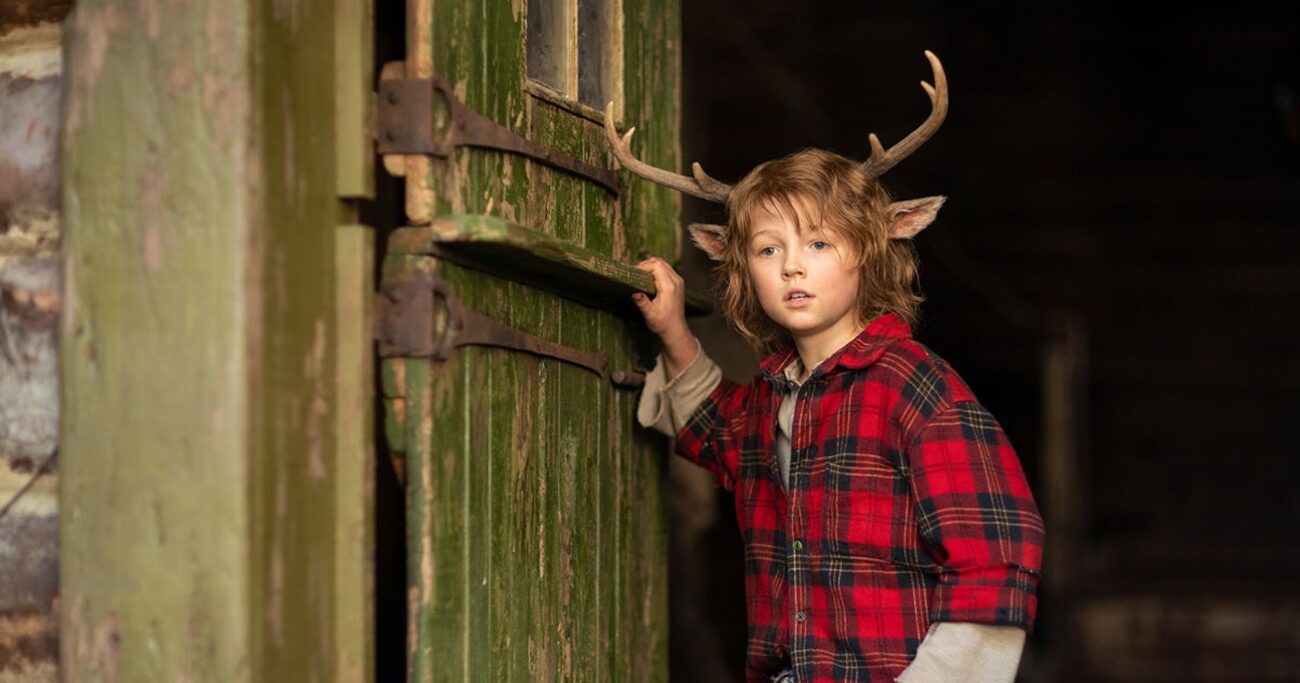 It looks like Netflix has a hankering for more sweets. Sweet Tooth, the post-apocalyptic fairy tale based on the comic of the same name, has scored a season 2 renewal with the streamer. As a refresher, Sweet Tooth follows an animal-human hybrid kid named Gus (Christian Conver) as he journeys with Big Man (Nonso Anozie) to find his long-lost mother in Colorado.

Sweet Tooth was a hit for Netflix earning critical acclaim and high viewership from audiences. So, honestly, the renewal isn’t that big of a surprise. It’s also nice to see Netflix renewing one of their original series rather than cancelling it. Not that we know when they’ll drop the renewals or cancellation for their original series either. Netflix just kind of appears randomly, makes the pronouncement, and disappears.

So how are fans feeling about the Sweet Tooth renewal? Are they happy to hear it or do they wish another original Netflix series got a boost instead? Let’s see what they think!

OMG!!!! SWEET TOOTH SEASON 2 has been RENEWED!!!! THIS IS SO EXCITING! THANK YOU SO MUCH TO ALL OUR AMAZING FANS AROUND THE WORLD! SO HAPPY TO KNOW WE CAN CONTINUE THIS JOURNEY WITH ALL OF YOU!!! 🙏🙏🙏 @SweetTooth @RobertDowneyJr @Mickle_Jim #sweettoothseason2 #SweetTooth pic.twitter.com/cFQPtMRUIM

The Sweet Tooth cast literally found out they got renewed with a chocolate bar. This is correct.

Netflix's #SweetTooth is getting a much deserved season 2, and they also sent me a huge chocolate bar to celebrate! pic.twitter.com/Ef9ltHT5Mx

Would you look at the size of that thing!

Give us the wholesome

We need something wholesome please and thanks

How it started How it’s going
cont… #SweetTooth pic.twitter.com/qkyNaRymWR

#SweetTooth being renewed for season 2 is EXACTLY the sort of news I wanted to hear today! Yay! pic.twitter.com/bhJ2eQ67Lp

It’s definitely the news that many were hoping to hear. Not that Netflix always makes the correct decisions about its original series.

#SweetTooth was an unexpected delight. With its engaging characters & hypnotising worldbuilding, it's a cautionary fantasy that's most definitely worth the watch. pic.twitter.com/w5kk3nZXXP

Definitely check out Sweet Tooth for a good watch.

It took a while, but #Netflix never forgets true hits. #SweetTooth, the DC comics based series which had one of the best performances for a Netflix original ever & has been smashing it at @Nielsen’s rankings, costing way less than #JupitersLegacy, has been renewed for Season 2. pic.twitter.com/jqBNJ6QXia

Quality instead of quantity wins the day, Netflix! Keep that in mind for the next original series.

What an awesome week this has been for DC!#TheSuicideSquad #Batgirl #SweetTooth pic.twitter.com/aVFvNkfeDM

Smiles all around in the DC fandom

DC fans are having a good week!

Yay #SweetTooth has been renewed for season 2! Can’t wait!!

Give us something to enjoy!