It doesn’t matter if it’s film or television; broadcast, cable, or streaming; people are increasingly looking for graphic novels and comic books to adapt. When you hear about the adaptation, most seasoned fans can tell you the difference between Image and Boom, Marvel and DC, etc.

Out of all the comic companies, DC has the strongest output of shows for television. From Batman: The Animated Series of the 90s to ‘77 Wonder Woman to the Arrowverse of 2020, there are just so many titles under the DC umbrella. While the films are doing better, the DC TV series just rules the airwaves. Really, is it such a big surprise that there is another DC series in the works? 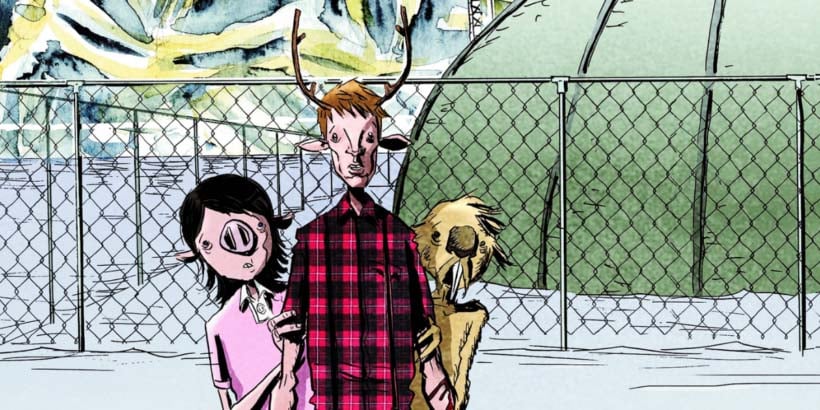 Sweet Tooth was announced to have been picked up by Netflix for a season. It falls under the DC Vertigo imprint, responsible for series like Sandman, Lucifer, and Hellblazer, so it’s a little more out there and supernaturally inclined.

Sweet Tooth is a 40 issue limited series ran from 2009-2013 that follows a young half-deer, half-boy named Gus in a post-apocalyptic landscape after his religious father dies. Originally, Hulu was developing the series, but Netflix scooped it up for a season deal.

And yes, some of you are rolling your eyes. Another DC show? Do we really need it? Yes. Here’s why. 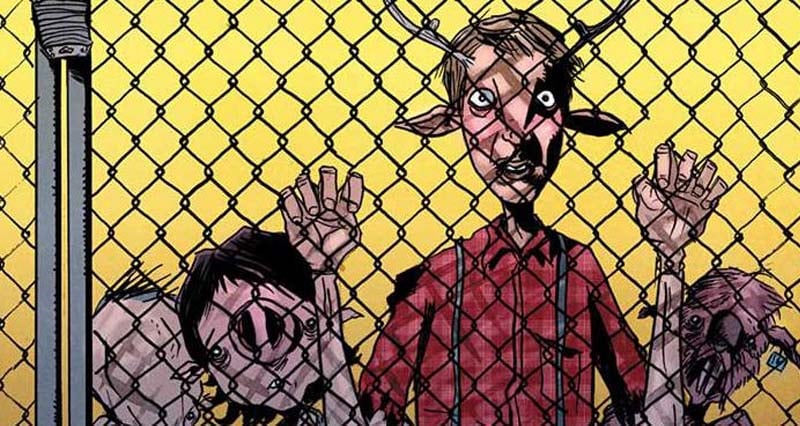 A vast and stunning post-apocalyptic world

Sweet Tooth isn’t another superhero series. Instead, it’s described as “Mad Max meets Bambi”, which remains an extremely apt description of the series. It’s endlessly creative and presents a unique world following an apocalypse where half-animal, half-human children are a byproduct of it. Also if you’ve ever seen the music video for Fall Out Boy’s “Sugar, We’re Goin Down”, Gus looks like a younger version of antler guy.

Created, written, and drawn by Jeff Lemire (The Nobody, Cosmic Detective), the style and story remain consistent and full of wonderful pay-off. Gus, a nine-year-old, is a naive yet fascinating protagonist, perfect to see how he navigates the world around him. 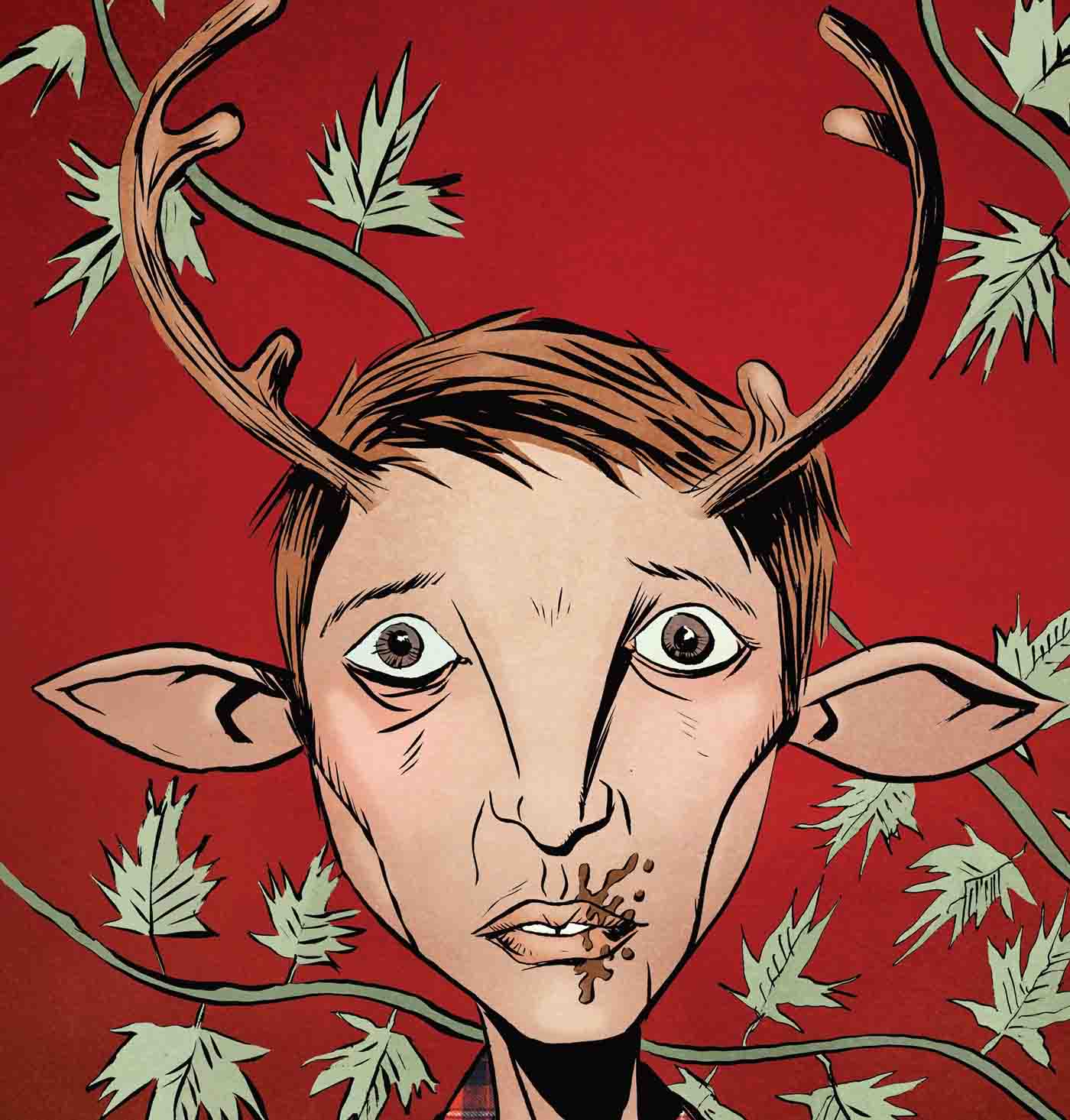 Sweet Tooth offers a range of complex characters. From Gus’ travelling companion Jeppard to the human adults looking after the hybrid children, there’s something fascinating to see how people hold up at the end of the world. Yes, of course, there are some that are just the worst. Most, however, are just people making decisions in the midst of a horrible situation.

Sometimes, a character does make the wrong choice. The thing is that the choice is rooted in actions and a past. There are reasons, bad or good, that can be understandable to the reader. Nothing comes out of left field. And the characters remain the story’s strongest selling point in this odd sort of quasi-family unit that forms. 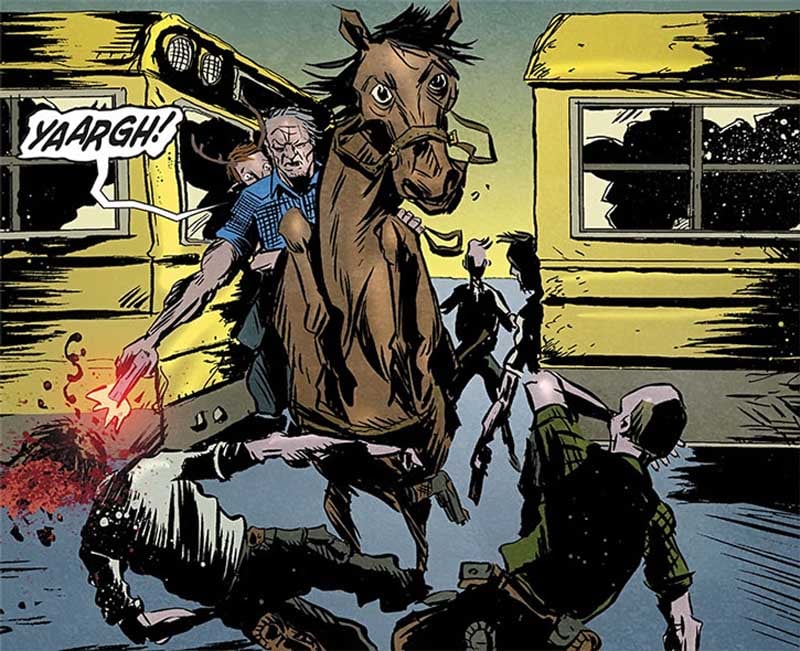 Just how did the animal-human hybrid children come into existence? What does this mean for the world? That’s the larger mystery at the center of Sweet Tooth. As one of these hybrids is our point of view character, we want to understand just as much as he does in regard to his place in the world. The mystery is full of twists and turns, captivity and freedom, answers, and questions. It leaves you guessing more.

Sweet Tooth is just something so wildly original that it deserves to be brought to the screen. We have so many post-apocalyptic landscapes, but Sweet Tooth offers something unique. It offers a perspective from a child and one that is not entirely human. It will be fun to see how Netflix tackles the series.