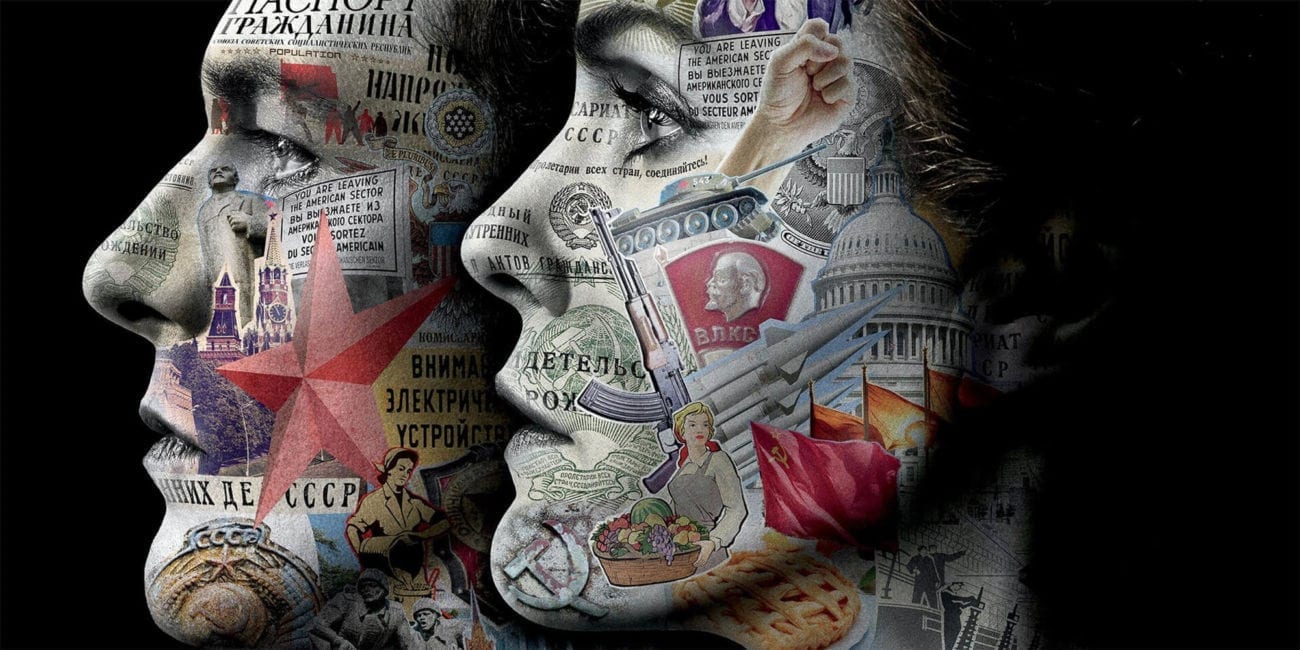 The Americans ended last year and we weren’t close to ready. The FX show was one of the greatest that ever graced the small screen and we’re not sure anything could ever match it.

But we have a few ideas, all of them potential spinoffs of The Americans to let us enjoy the shenanigans of the Jennings family and co. living out some dreams beyond the Cold War. Here are eight ideas we definitely think deserve a future on the small screen.

The Jennings defects with their children. Somewhere in Nevada while in witness protection, Henry and his dad reminisce about the good ole days at the travel agency when – huzzah! – the kid is hit with yet another moment of unparalleled genius.

It’s an idea that changes their lives forever as Henry and Philip (Matthew Rhys) start such a business and it eventually becomes – you guessed it! – a lucrative little company called Expedia.

Everyone’s favorite poor bastard mail robot is decommissioned and put out to pasture in some dusty FBI basement. While investigating an “alleged” alien abduction, Fox Mulder (David Duchovny) starts getting messages from a strange frequency only to discover they’re coming directly through that ancient mail robot downstairs.

Turns out the bot is an interdimensional walkie-talkie and can be used to talk to alien life forms. The truth was out there all along! The two go on to solve hundreds of sexy intergalactic crimes together, get up to all sorts of hilarious shenanigans in the process, and both receive medals of honor for their inspirational bot-bromance.

(Potentially) coming to Freeform next Spring! A tale of hope, heel kicks, and family salvation as the Jennings family rebuild their lives in a witness protection program with a little help from the ancient arts. Elizabeth (Keri Russell) emerges from several years’ worth of depression and sets up a martial arts academy with her daughter Paige. She helps to mold young minds and bold biceps.

But in the process Elizabeth discovers family is the strongest muscle of all and that she’s secretly a black belt in keeping hers together. (The show will be cancelled after twelve episodes when woke Millennials boycott the show’s cultural appropriation.)

Martha (Alison Wright) teaches her students more than just the ABCs in this Sesame Street-inspired daily kids show. Not content with adopting just one orphan, Martha goes full Angelina and takes on a whole brood by retraining as a teacher and becoming the headmistress of a Moscow-based school for orphans.

Lessons include remaining loyal in the face of hardship, how to deal with crippling loneliness, and marriage 101 – why you should check who the fuck you’re sleeping with before they put a ring on you.

Oleg (Costa Ronin) chooses to defect and move his family to America after the FBI give him an ultimatum – do it or never see your family again. When the Cold War is finally over, it’s high fives all around and Oleg & Stan (Noah Emmerich) receive an offer to co-lead a new CSI unit. Who could refuse?!

The two buddy up as they investigate the strangest, most shocking, and hardest-to-solve weekly whodunits about a variety of naked, beautiful dead women who probably didn’t die of natural causes. (Sponsored by Miller High Life – Stan’s only line of defence against the horrors of everyday life).

Pastor Tim (Kelly AuCoin) and his family are living their best lives and doing good deeds in Argentina. If you’re already thinking, “Oh mama! What a treat! This show sounds like a doozy,” wait until you hear the rest: Paige (Holly Taylor) renounces the KGB and goes on a soul-searching trip to join Pastor Tim and his family. Wild!

There are a lot of scenes of family dinners, silent praying, and sermons about life, but there’s also the occasional side-splitting moment of pure calamity where Pastor Tim accidentally takes the Lord’s name in vain when stubbing his toe or running out of milk. Oh, the hilarity!

As the only surviving member of the Jennings family, Philip needs some help after defecting. He starts his life over by setting up a Western wear store and line dancing academy in the witness protection program in Texas. He gets through the blues by dancing them away!

Featuring the logline “Every sinner has a future”, this fictionalized documentary follows an elderly Philip as he launches his first online School For Greatness to help people across this great nation be their best selves. He gets the idea after defecting proves to be super rough on the Jennings family.

Elizabeth is chronically depressed and keeps running out of cigarettes, Paige and Henry are pissed at Philip, and poor Philip doesn’t even have BFF Stan to turn to during this tough time. With the help of EST, Philip attends a leader training program that legit changes his life.

Philip spends a year learning during which he reads all the teachings of Buddha, pores over the works of his business leaders, and remembers all his KGB training before building his revolutionary program How to Be a Boss that he sells from the boot of his car.

The program builds slowly but then becomes a worldwide phenomenon. Everything seems peachy except the richer the Jennings become, the more they slip back into their old selves. Elizabeth gets depressed, Henry and Paige get pissed at their dad, and Philip realizes money is no replacement for Stan. Turns out the only people Philip couldn’t help were the ones who truly mattered.