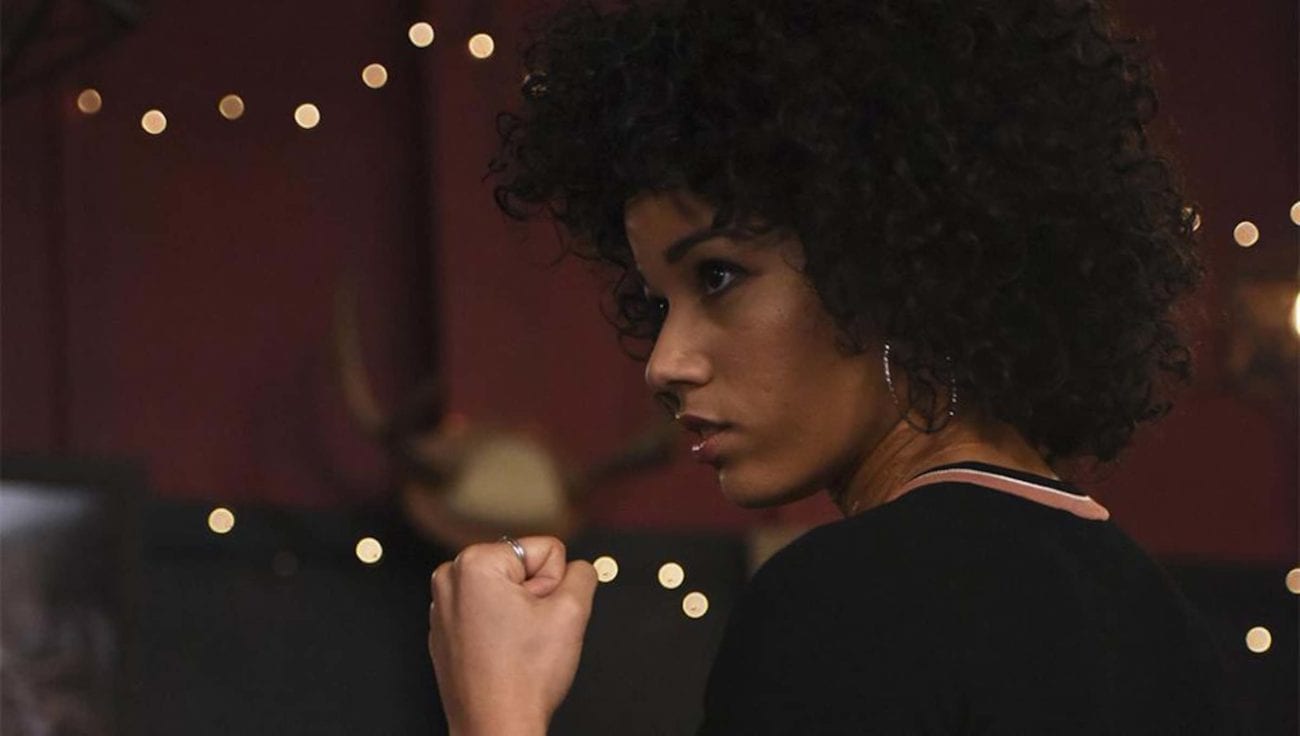 ‘Shadowhunters’: All the reasons Alisha Wainwright needs her own spinoff

Things are certainly changing in the entertainment world as our screens diversify: the age of the strong female leading lady is upon us in a big way. More importantly, women of color are beginning to be cast in these roles. Sci-fi dramas in particular are charging forward with this trend.

Let’s take a moment to consider Michael Burham (Sonequa Martin-Green) from CBS All Access’s Star Trek: Discovery. There’s no doubt she is the protagonist in the show. Originally, Commander Burnham serves as first officer aboard the USS Shenzhou in 2256. Controversy has arisen over Michael’s male name, but the series hasn’t seen a dropoff in viewership as a result.

Another powerful space-faring woman is Dutch (Hannah John-Kamen) on Syfy’s Killjoys. Described as tough, intelligent, and bold, Dutch is a level-five bounty hunter and leader of Team Awesome Force. She’s a complex character that radiates all kinds of positivity. 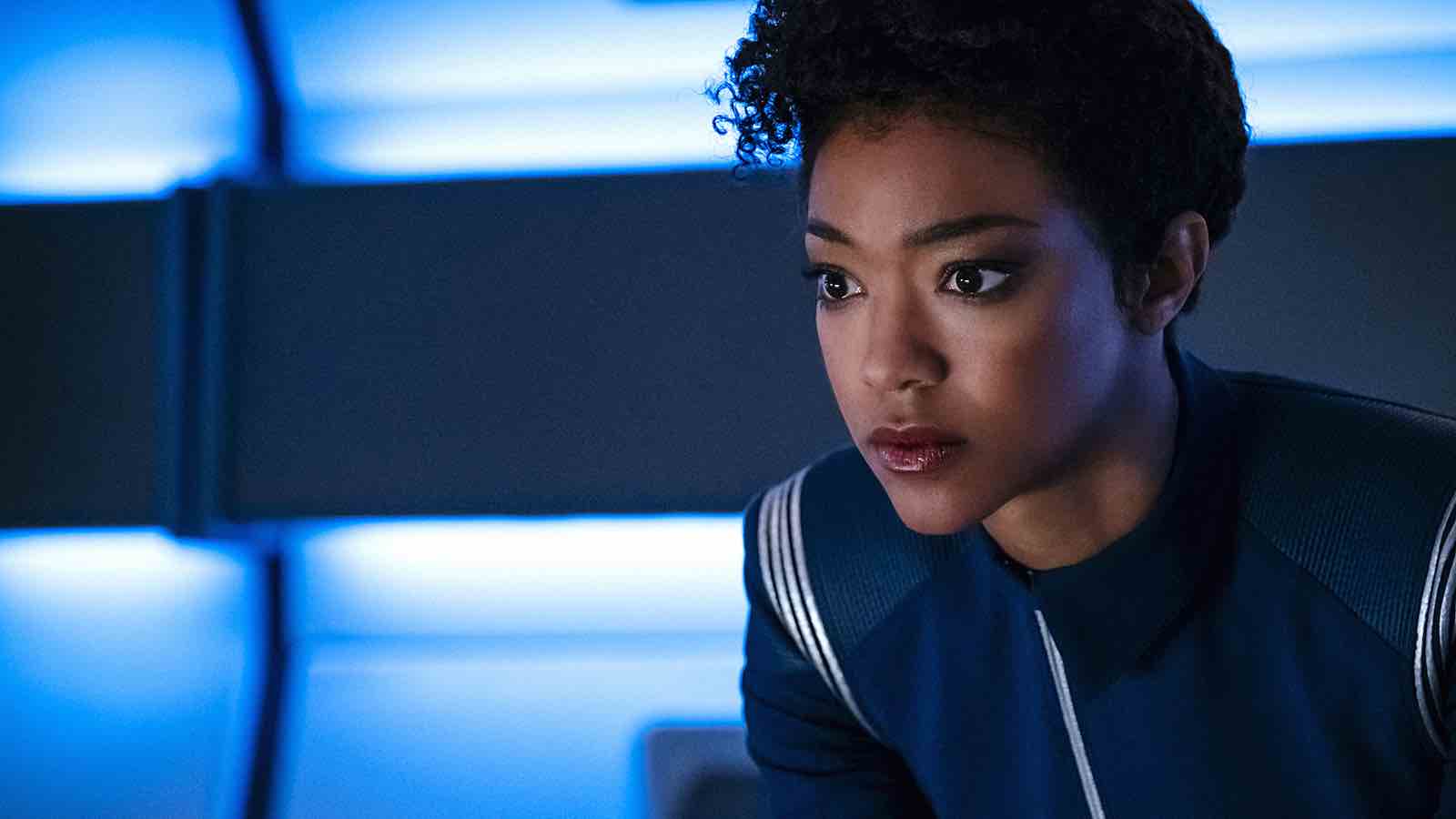 Let’s not forget either the force of female warriors that took center stage in Marvel Studios’s Black Panther in 2018. The women of Wakanda show forces of strength both physically & emotionally. Fans went crazy for this fresh burst of gurlpower on screens.

More recently, gorgeous newcomer Alisha Wainwright starred as the lead in Netflix sci-fi drama Raising Dion. Wainwright, who also played werewolf Maia Roberts on Shadowhunters, gained such a following from Shadowhunters that when her role in Raising Dion was announced, fans flocked to tune in.

While her acting approach isn’t popular with every viewer, Wainwright’s performance on Raising Dion was so well received by audiences that we think TV Land would be crazy not to capitalize on her popularity right now. Fans would die to see Wainwright back in Maia’s shoes leading a Shadowhunters lycanthrope spinoff of her very own, and here’s why. 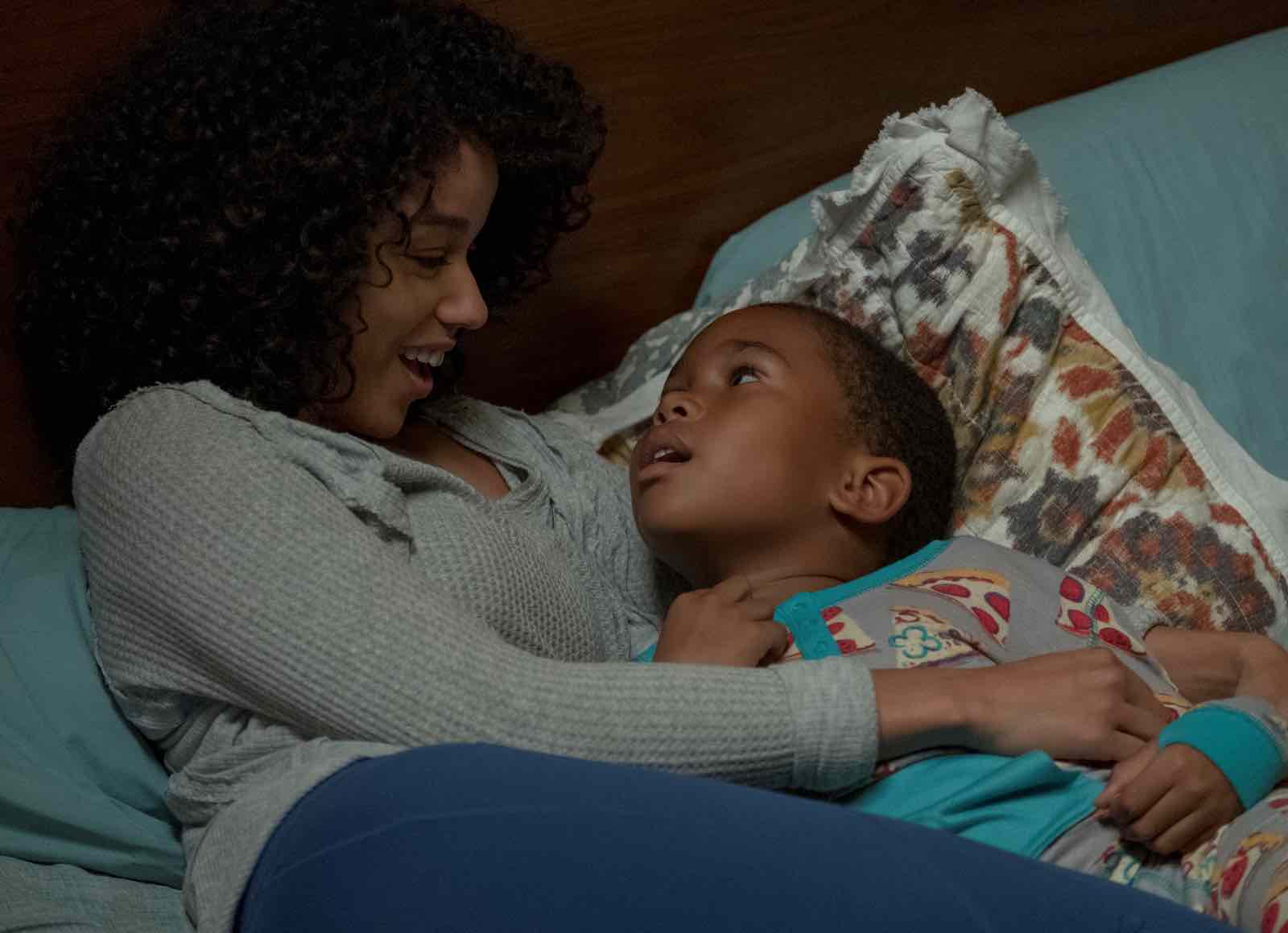 Maia’s story is far from over

As season three of Shadowhunters ended, Maia stans can say she got the ending she deserved. Rather than an ending for Maia, it’s just the beginning of her next chapter. With Luke (Isaiah Mustafa) now reinstated as a Shadowhunter, Maia takes over as Alpha of the New York Pack.

As Maia’s leadership style is so different to Luke’s, there are rich and undiscovered storylines here that fans were robbed of in the wake of Shadowhunters’s cancellation. As the series closes, Maia opens her own restaurant with the intention of creating a welcoming and inclusive environment for all Downworlders. 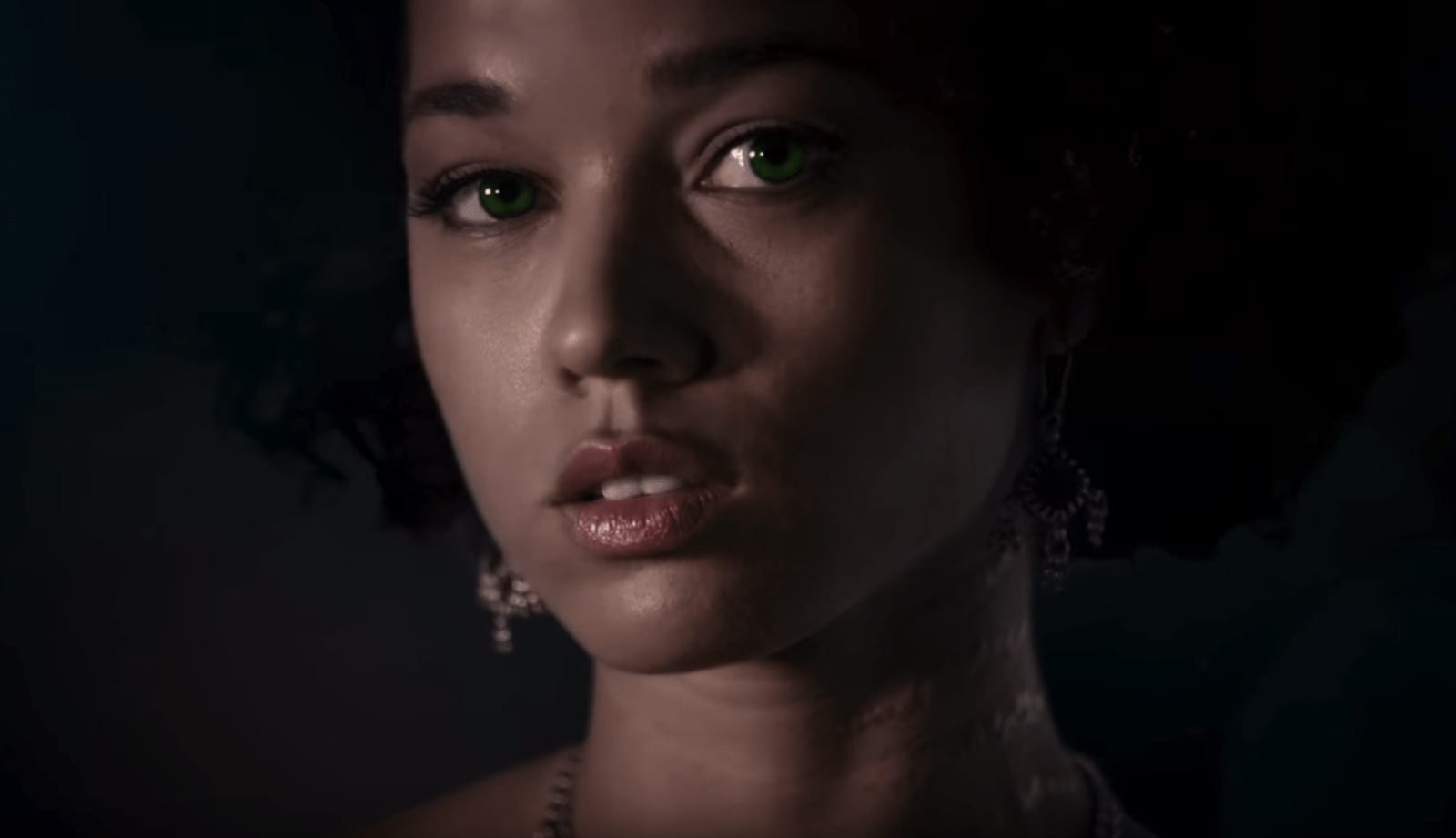 In S3B, Maia finally gets the chance to confront her inner demons. She works through the trauma from her werewolf transition, while her storyline with Jordan (Chai Hansen) gets the closure it needs. Maia emerges from the situation a more complete, strong, and whole person.

Prior to this, Maia’s history with Jordan and her transformation holds her back. She’s got (understandable) anger issues. As Shadowhunters closes and Maia’s next chapter begins, she clearly has a handle on the strengths and weaknesses of her lycanthropy. 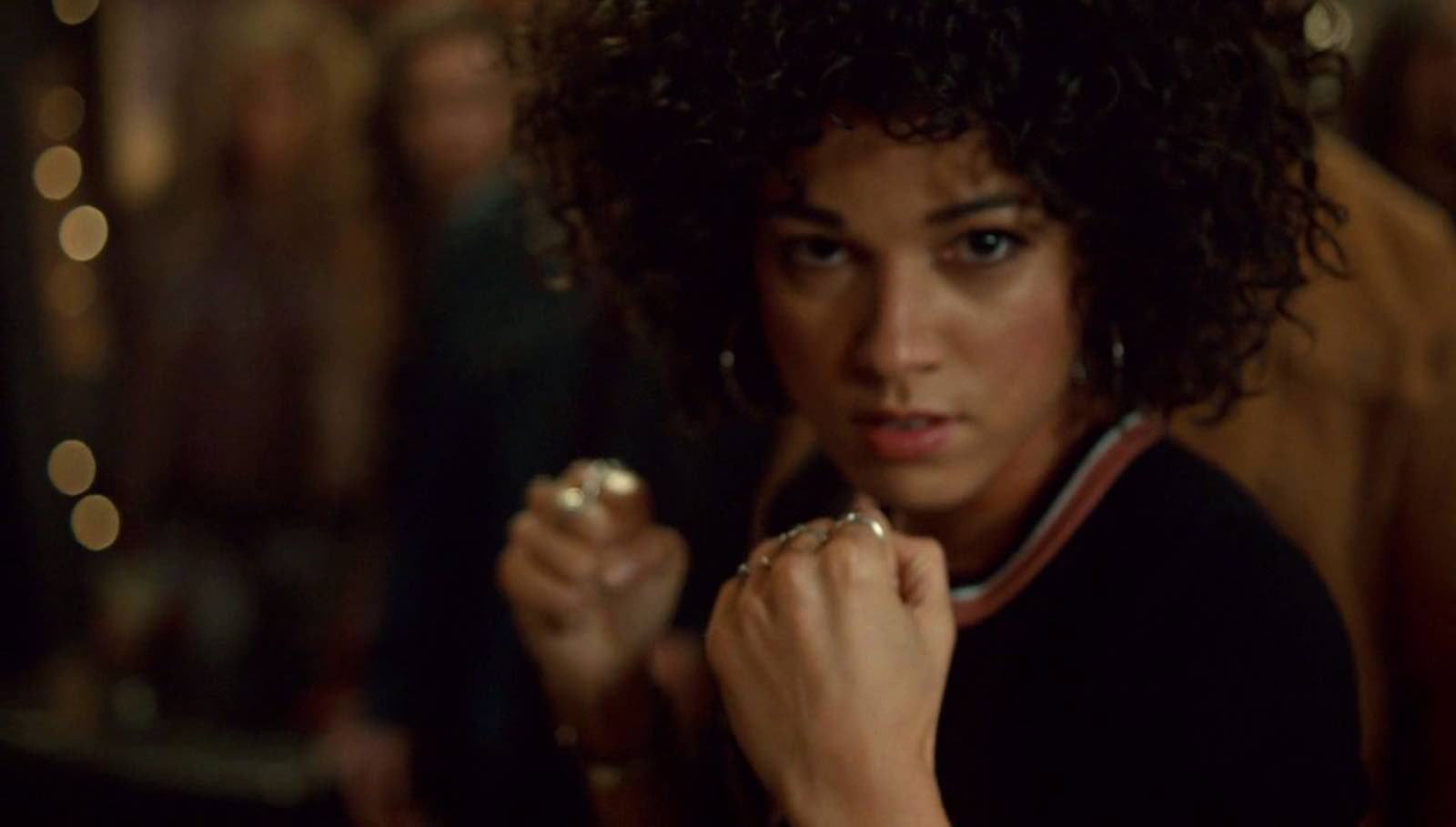 On Shadowhunters, we only scratch the surface of Maia’s power, influence, and depth. The young werewolf is an untapped force to be reckoned with. As Shadowfam member Bella J @tutuhottuhandle tweets:

There’s no doubt about it: Maia deserves the chance to shine front & center. 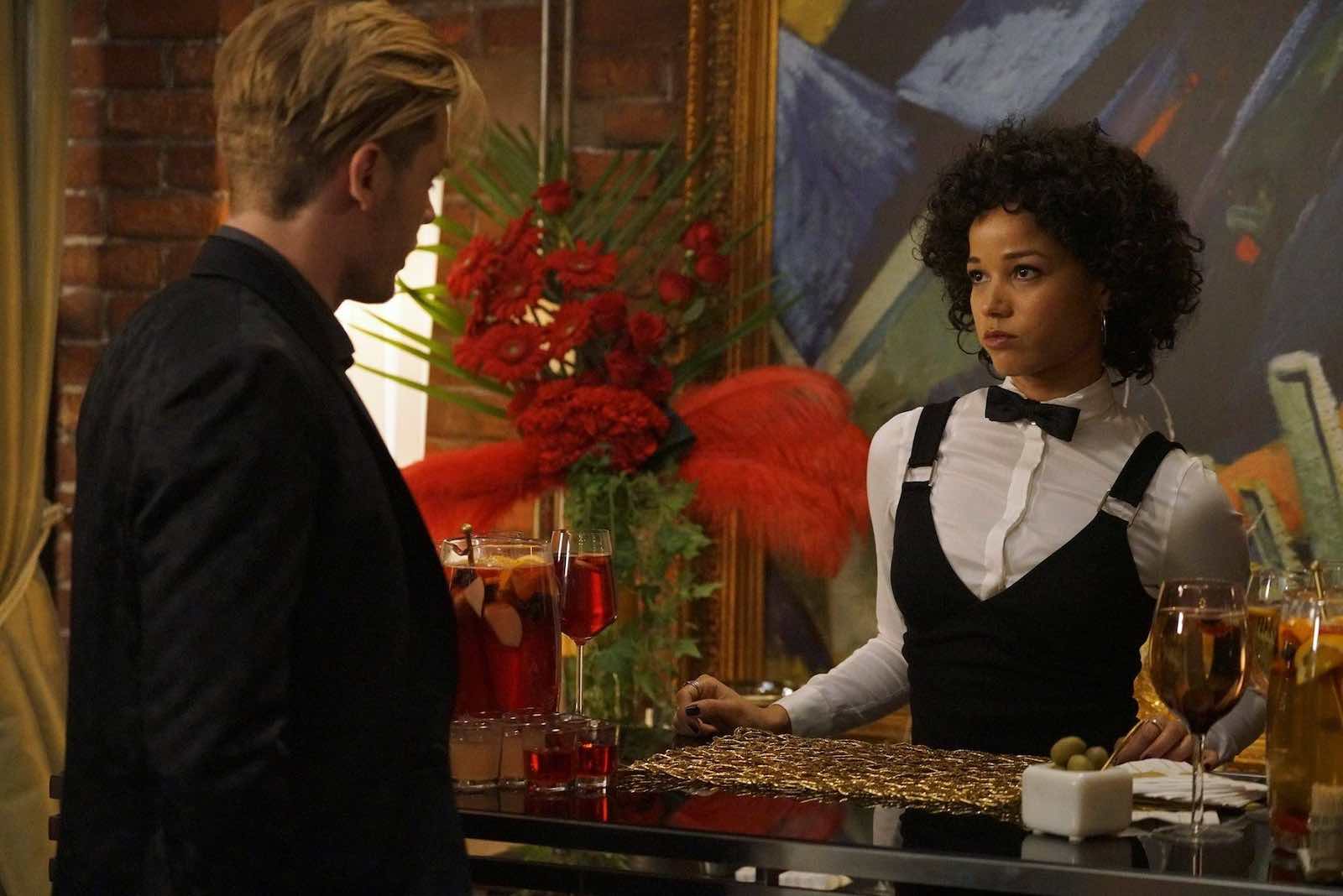 Maia represents the best kind of feminism. She owns her place in the world, does what she wants, and stands up for what she believes in. She’s a badass fighter that isn’t afraid to take on an opponent, regardless of gender, size, or species.

Throughout Shadowhunters, in what she believes to be a miscarriage of justice, Maia doesn’t hesitate to take on Luke, Jace (Dominic Sherwood), Clary (Katherine McNamara), or the Inquisitor (Mimi Kuzyc). We won’t even get into the random vampires & Shadowhunters that Maia takes on. She confidently believes in her strength as well as her integrity, and challenges anyone who opposes her ideals.

When Maia’s wrong – and sometimes she’s definitely wrong – she seeks out wronged parties to rectify the situation. After nearly slaughtering Jace at Max’s (Jack Fulton) party, Maia apologizes confidently, not submissively with her tail between her legs. 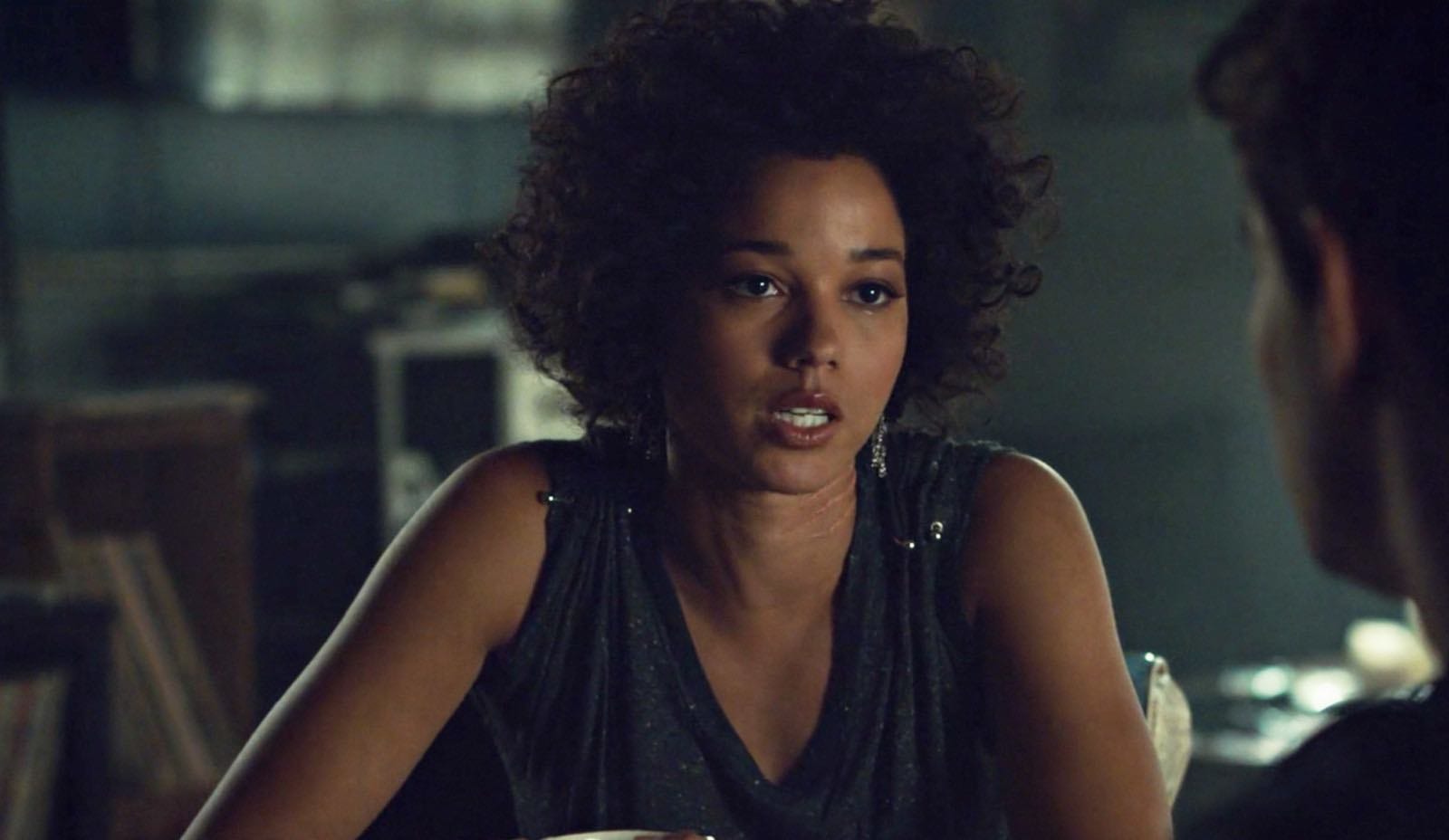 Maia’s strong sense of self is what sets her apart from many other females on our screens. This can be particularly evidenced in her romantic relationships. Does anyone remember the time that Jace & Clary crashed Maia & Simon’s (Alberto Rosende) date?

Jace lets its it slip that he and Maia did the dance with no pants & awkwardness descends upon the table. What is with that guy? Afterwards, Maia brings up the issue with Simon when they’re alone, but refuses to apologize for things she did before their relationship. 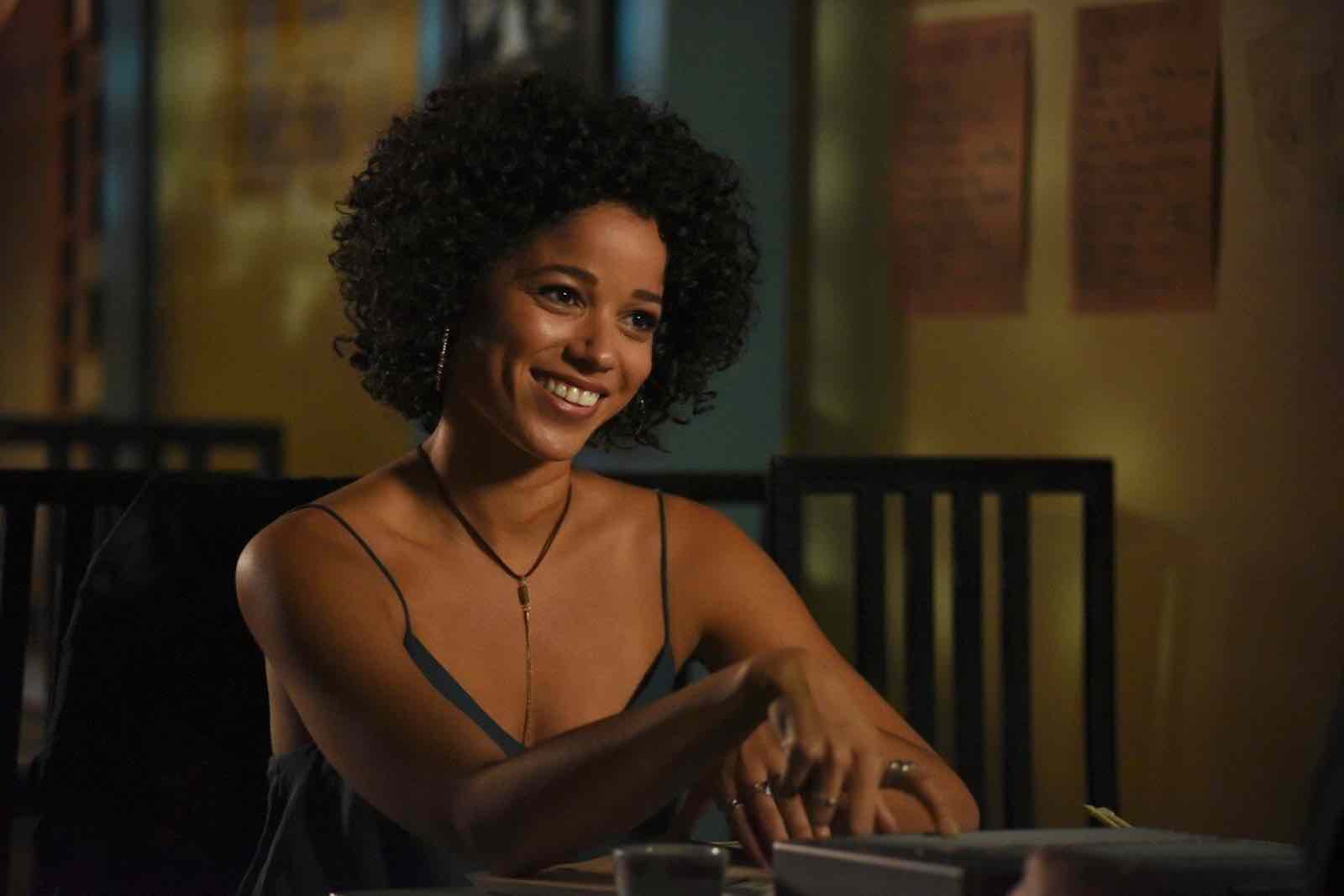 In this moment, she is respectful, kind, and compassionate, but makes it clear she’s not in the wrong. Maia handles Simon like a champ, who like a good boyfriend doesn’t question her judgement or try to shame her decision for seeking pleasure. (Although, especially with heightened wolf scent, we don’t think we could date anyone dead, animated or not.) 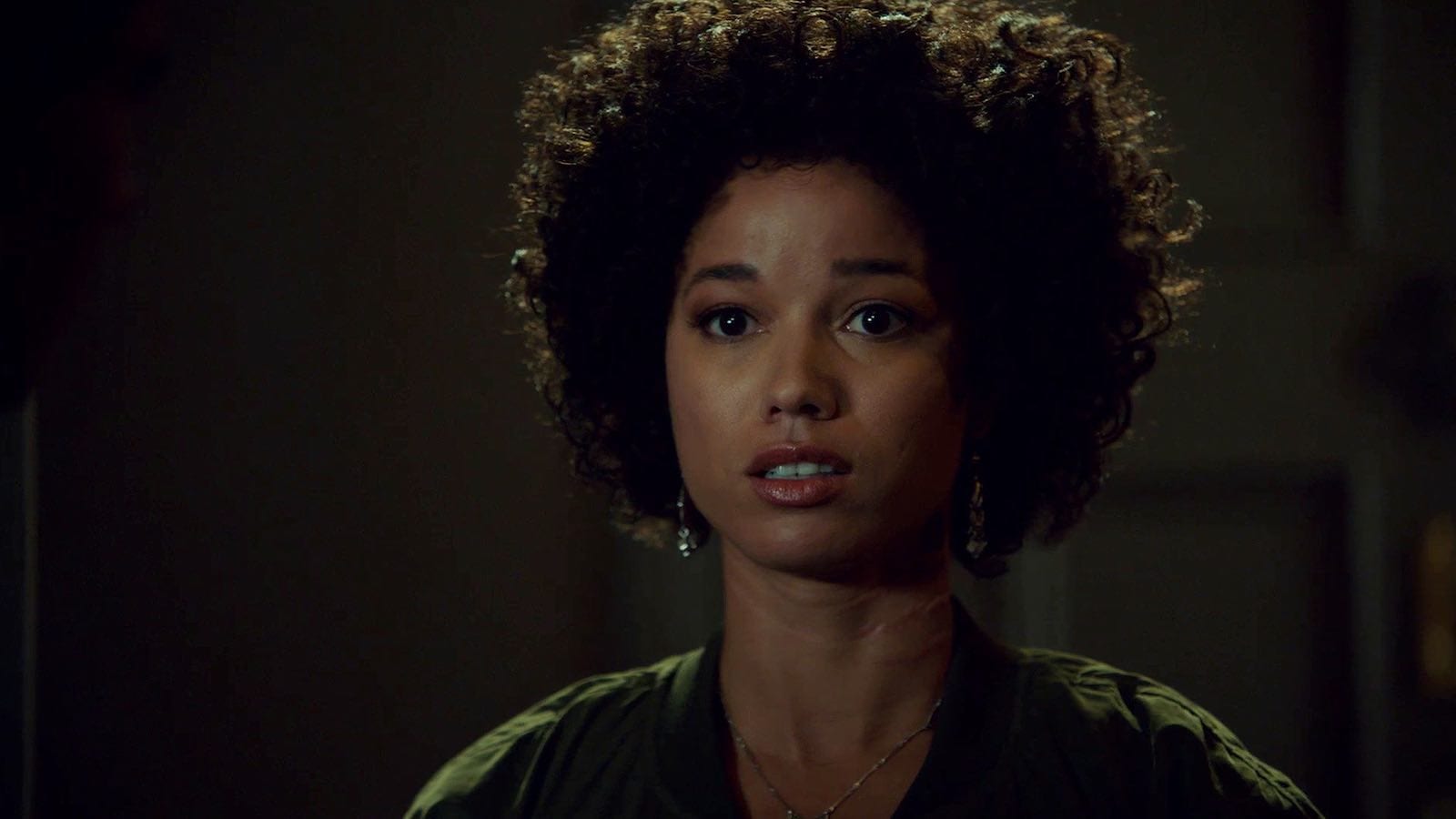 While Maia embodies many things, calm & cautious are not among them. She’s a firecracker with a hot-tempered nature and a propensity to explode in a snap. Drama follows her everywhere she goes. Maia even punches Jace square in the face because he wants to microchip all the Downworlders. Jace can really be out of it.

Don’t get us wrong, we’re on Maia’s side here. Yet homegirl doesn’t stop for one single second to think before showing the Shadowhunter her right hook. What a queen!

Her hot temper is also well and truly on display when Maia overhears that Clary is the key to activating the Soul Sword. Yikes! Maia wolfs out, loses her marbles, and attacks Clary, declaring that the redhead needs to die. That was rash in the extreme – the brash young lycanthrope nearly got herself killed in the process. It’s a pattern with the young lady. 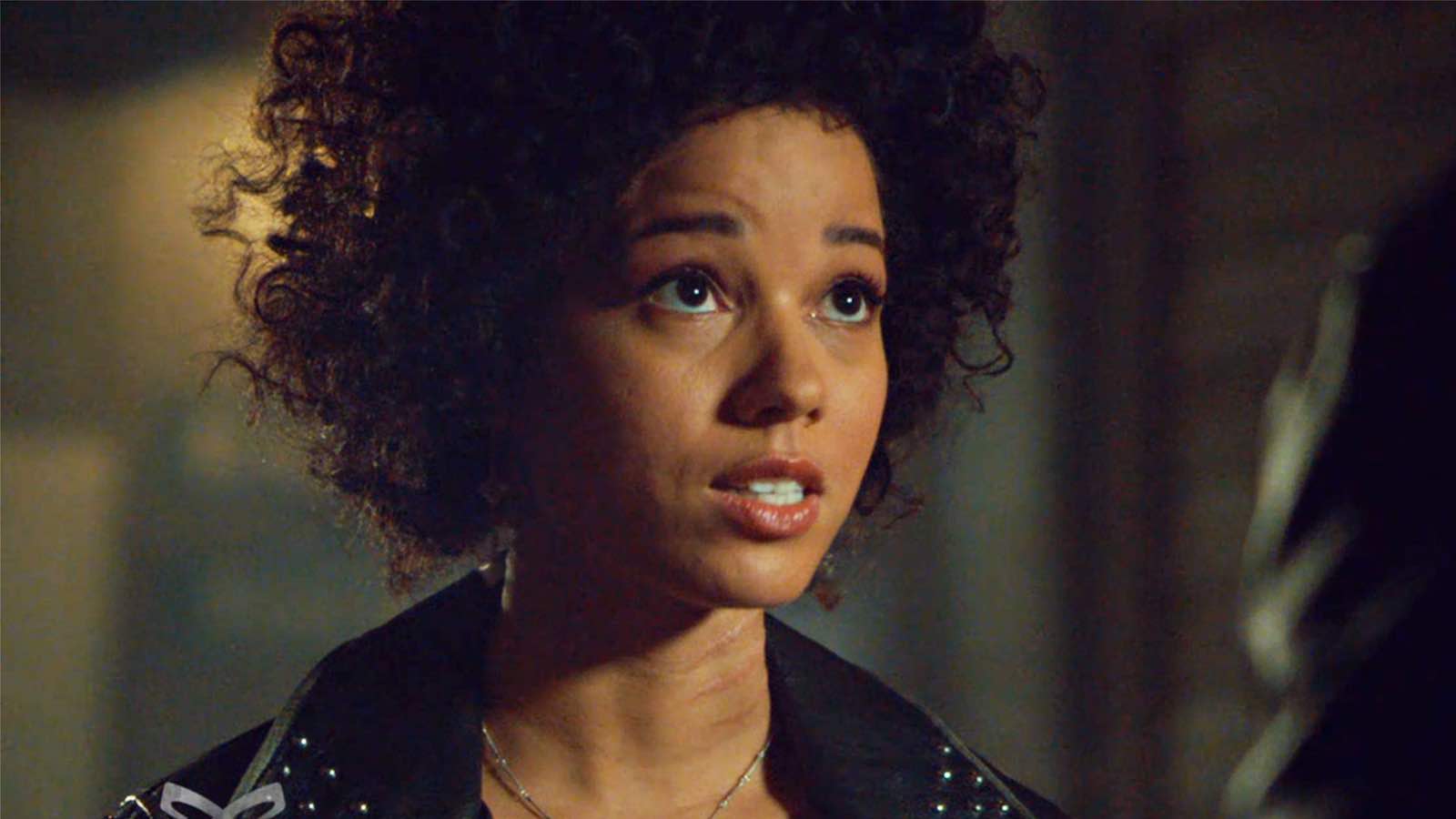 The “one life for many” argument has been made convincingly in the past, but she clearly hasn’t thought her attack through. It’s Clary. You can’t kill Clary, Maia. Simon & Luke will hate you forever.

Maia invites herself to Simon’s family Yom Kippur dinner, and blows in introducing herself to his family as Simon’s girlfriend. What?! Imagine the united surprise that washes over the faces of the Lewis clan, including Simon (and us), who clearly has no idea this was coming – a figurative kick in the vampire crotch.

Maia’s unpredictability veers into the realm of utter chaos. Who wouldn’t be entertained by that? If she had her own show, we anticipate short-tempered shenanigans at every turn; we foresee Inquisitor Lightwood stopping by to check on her wild insanity often; whoever she’s dating will be carrying around a silver-coated taser, just in case.

We’ll put up with a few poorly timed lines just to experience that weredrama. 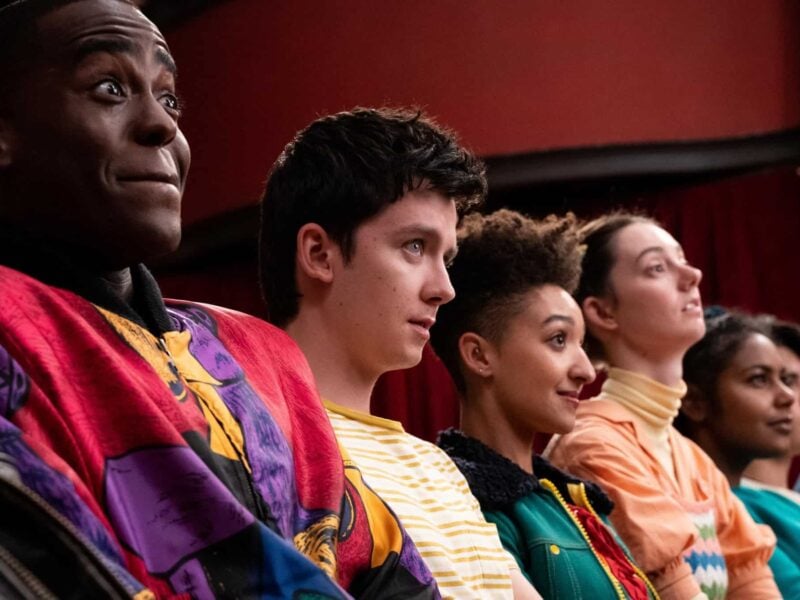 Searching for good TV shows on Netflix? Try out these recommendations 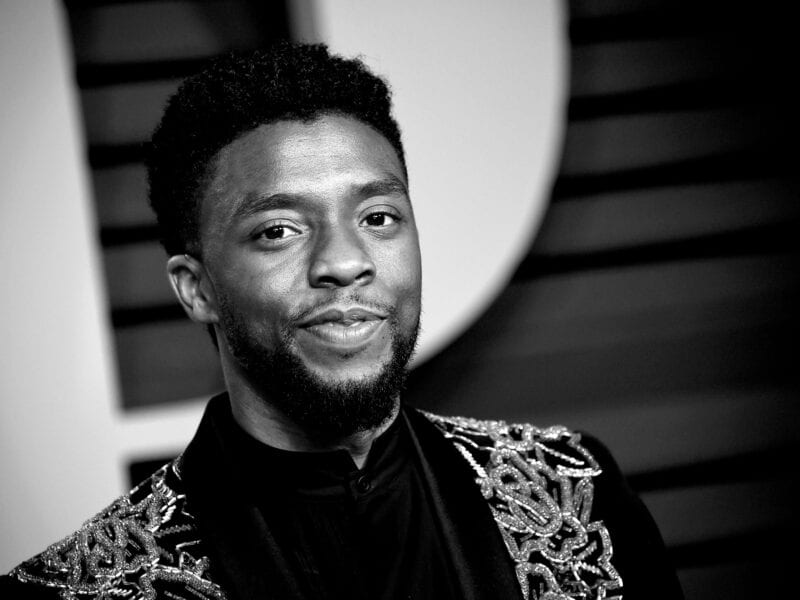