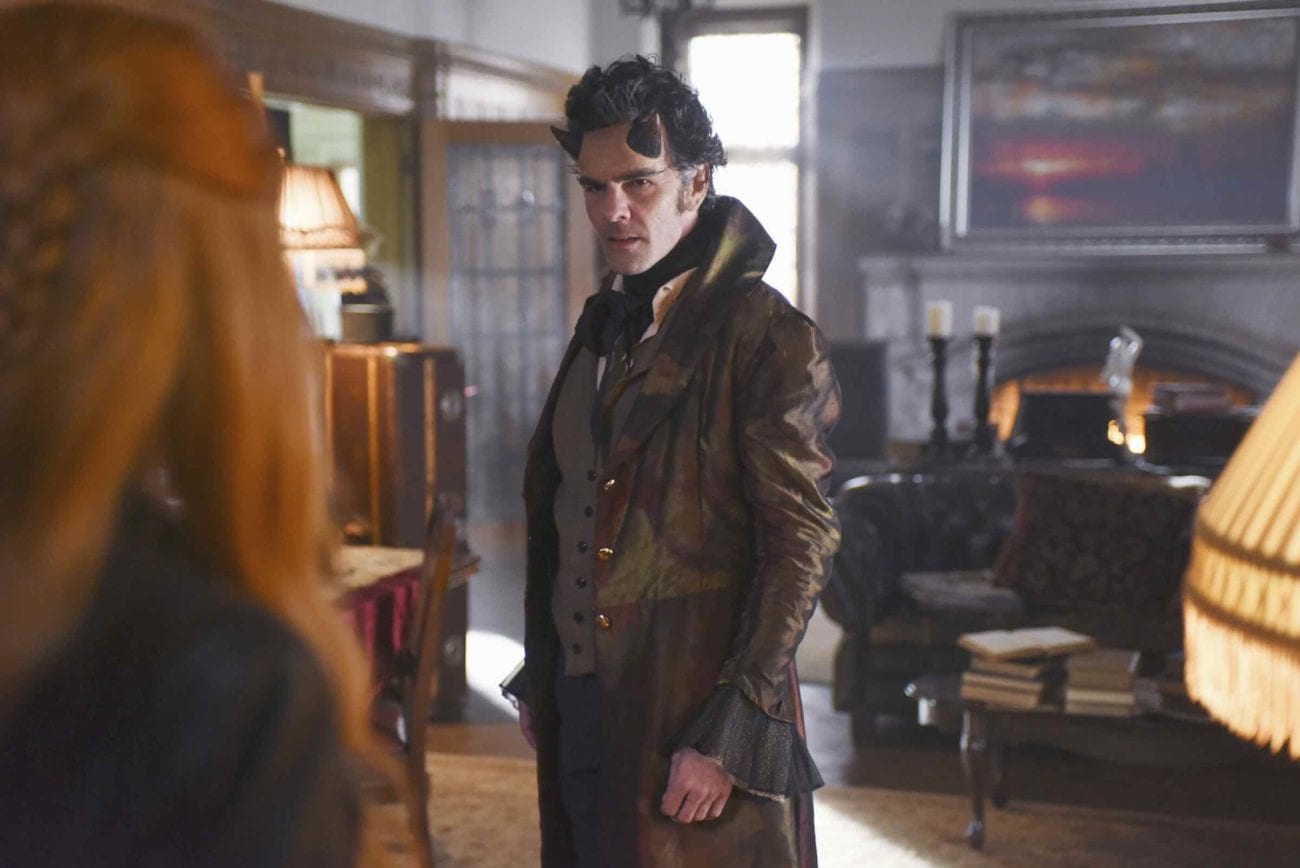 Adam Kenneth Wilson was born in Canada and is not only an actor but a writer. Best known for his role as Ragnor Fell in Shadowhunters, Wilson’s voiceover credits include Alien Mysteries, Beyblade, and By the Rapids. He also co-starred in the television series 24 Hour Rental, Reign, and Heroes Reborn.

Wilson’s no stranger to the screen. The Shadowfam instantly fell in love with Magnus Bane’s best and closest friend when we met him during S1 of Shadowhunters. With so much potential coming from a character and his interpersonal relationship with another, it came as a shock (spoiler alert!) to see his early demise. 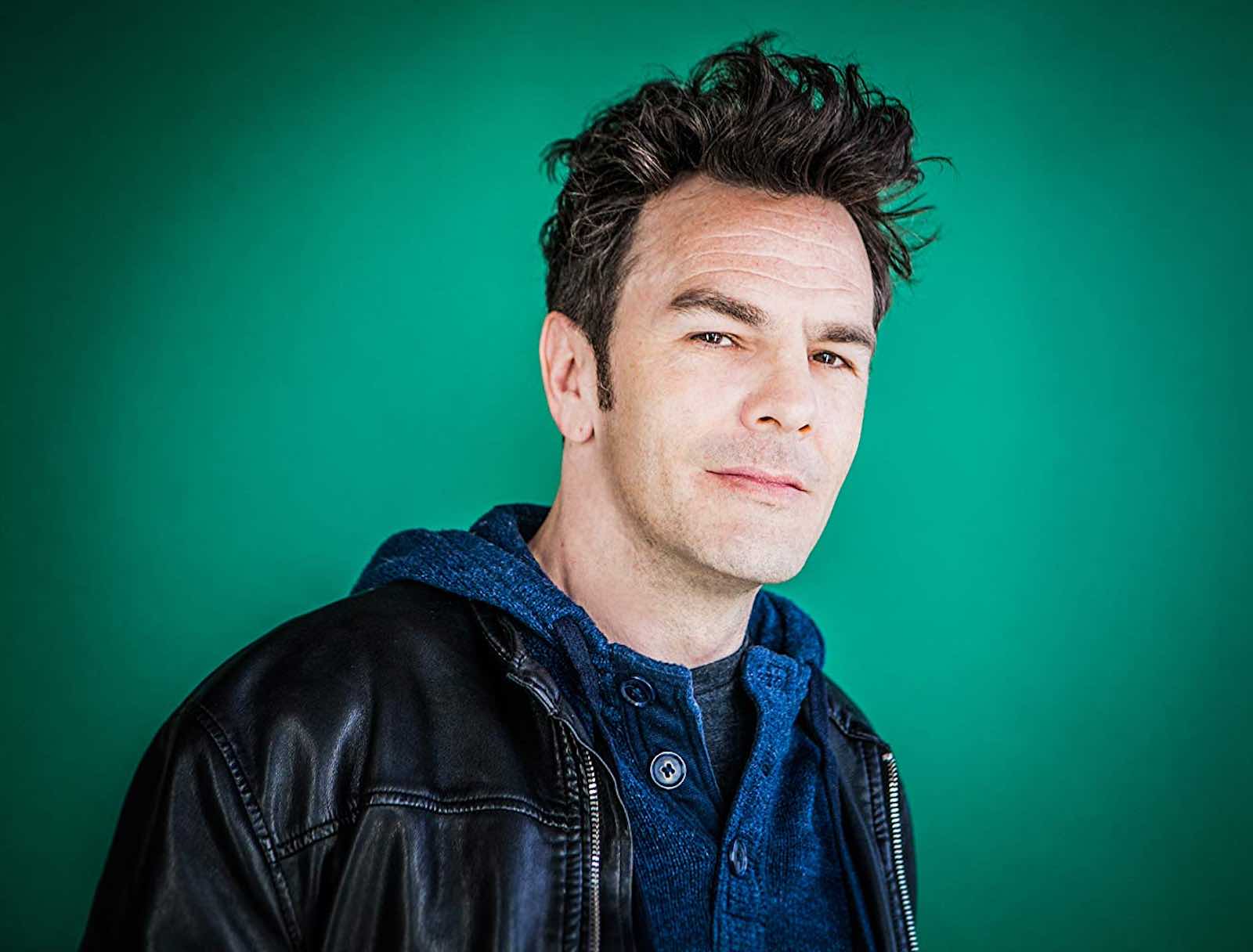 As Ragnor, Adam brought humor to his role, and we were all disappointed to lose the green warlock so quickly. Even with the horns, having a hulk-like warlock would’ve definitely made an impression. In a previous interview with Adam, the performer revealed the green-tinged skin was never discussed during casting.

Adam is a talented actor and a fantastic warlock in Shadowhunters. Film Daily had the distinct pleasure of interviewing him – enjoy! 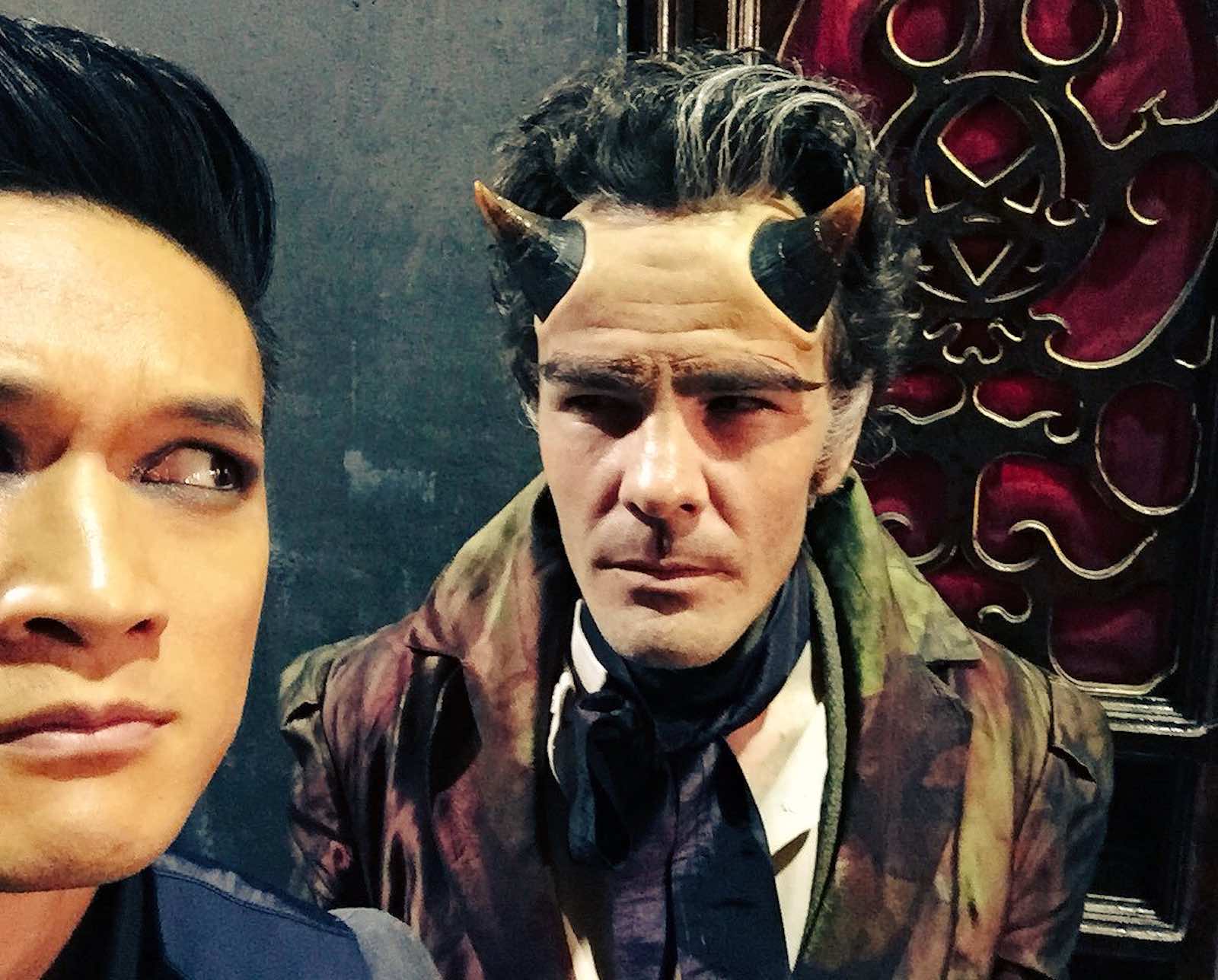 Ragnor Fell was on Shadowhunters for a short time, but certainly made an outsized impact. What was it like working with the team?

This team of people – the director I shot with (James Marshall), the cast, the crew – were among the most gracious, enthusiastic, and fun imaginable. It’s a beautiful thing to work with people who value the enjoyment of creating something, and who embrace the spirit of teamwork.

Seeing Magnus and Ragnor as friends is so heartwarming. What was the best part about working on Shadowhunters?

Well, it happens to be there in the question. Harry is such a committed, generous actor that anyone would take delight in working with him. If you ever need to cast a magical being, hiring one like Harry certainly gives you an edge.

The Shadowfam felt your absence during Malec’s wedding. What did you think of the ceremony?

I thought the vows were lovely, but the highlight for me was the combination of love and pride on their faces when pronounced husbands. 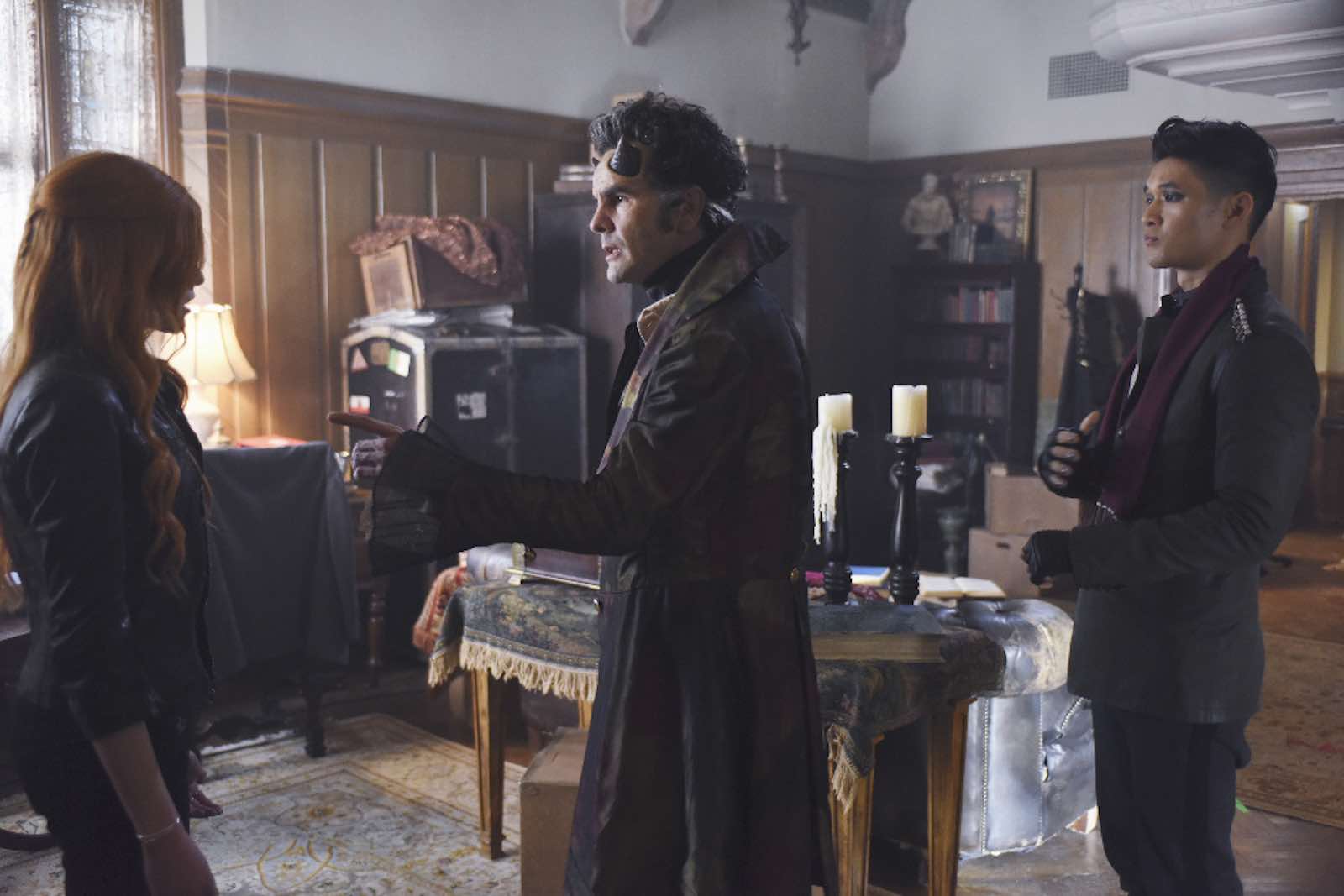 What has your reaction been to the Shadowfam and their continuous efforts to save Shadowhunters?

Passion is one of the most valuable things we have. And it’s easy (especially in the land of the internet) to internalize a passion, but the Shadowfam have turned their passion into action, and fought for the thing they love. I have a lot of love and admiration for the Shadowfam.

How did appearing on Shadowhunters impact your life?

There are a lot of little ways, but the big one for me is being embraced by the Shadowfam – getting to become a part of the ‘fam’s lives and having them become part of mine.

For those who haven’t seen Shadowhunters, how would you describe Ragnor Fell?

It might be difficult to explain downworlders (and among them warlocks) to those who have yet to find Shadowhunters, but as a character, I think of Ragnor as a dry wit who’s seen a lot, but maintains a soft and loving heart under a crusty exterior.

External influences for my portrayal included hints of Bowie, Oscar Wilde, and Alan Rickman, although I just wanted to use them as reference points/seasoning without leaning into imitation. 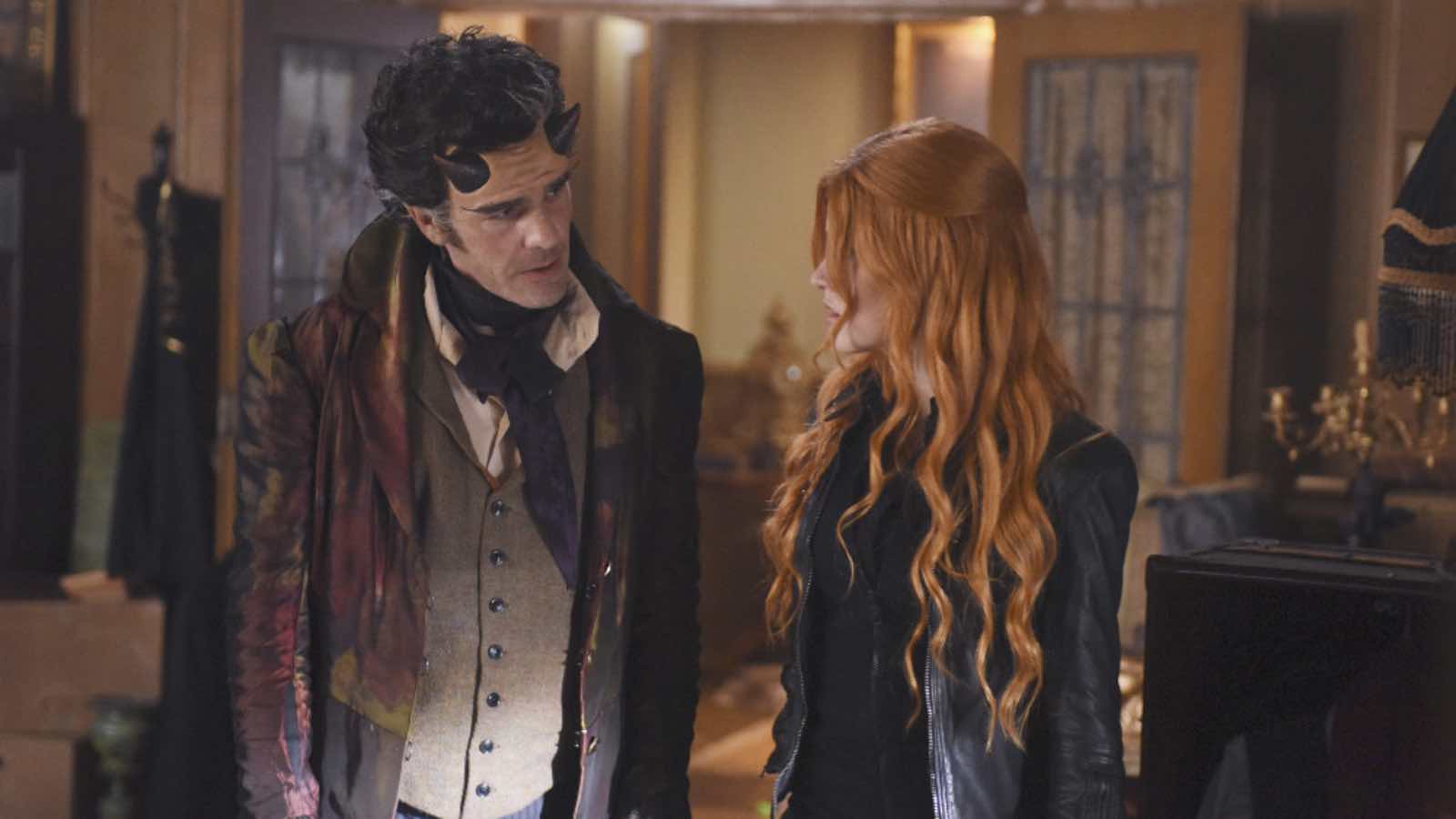 It’s recently been announced that you’re attending the Heroes of the Shadow World convention in New York City in April 2020. What are you most looking forward to about the event?

Shadowhunters and the Shadowfam won at the PCAs again. What was your reaction to the news?

What inspired you to take up acting?

I didn’t pursue performance until I was well into my twenties, and didn’t get truly serious about the work until I was in my thirties. Advice to my earlier self: Don’t worry about being cool. Cool is imaginary. Worry about being and doing your best. I hope someone else can use that. Also, I currently play a lot of make-believe in my head. 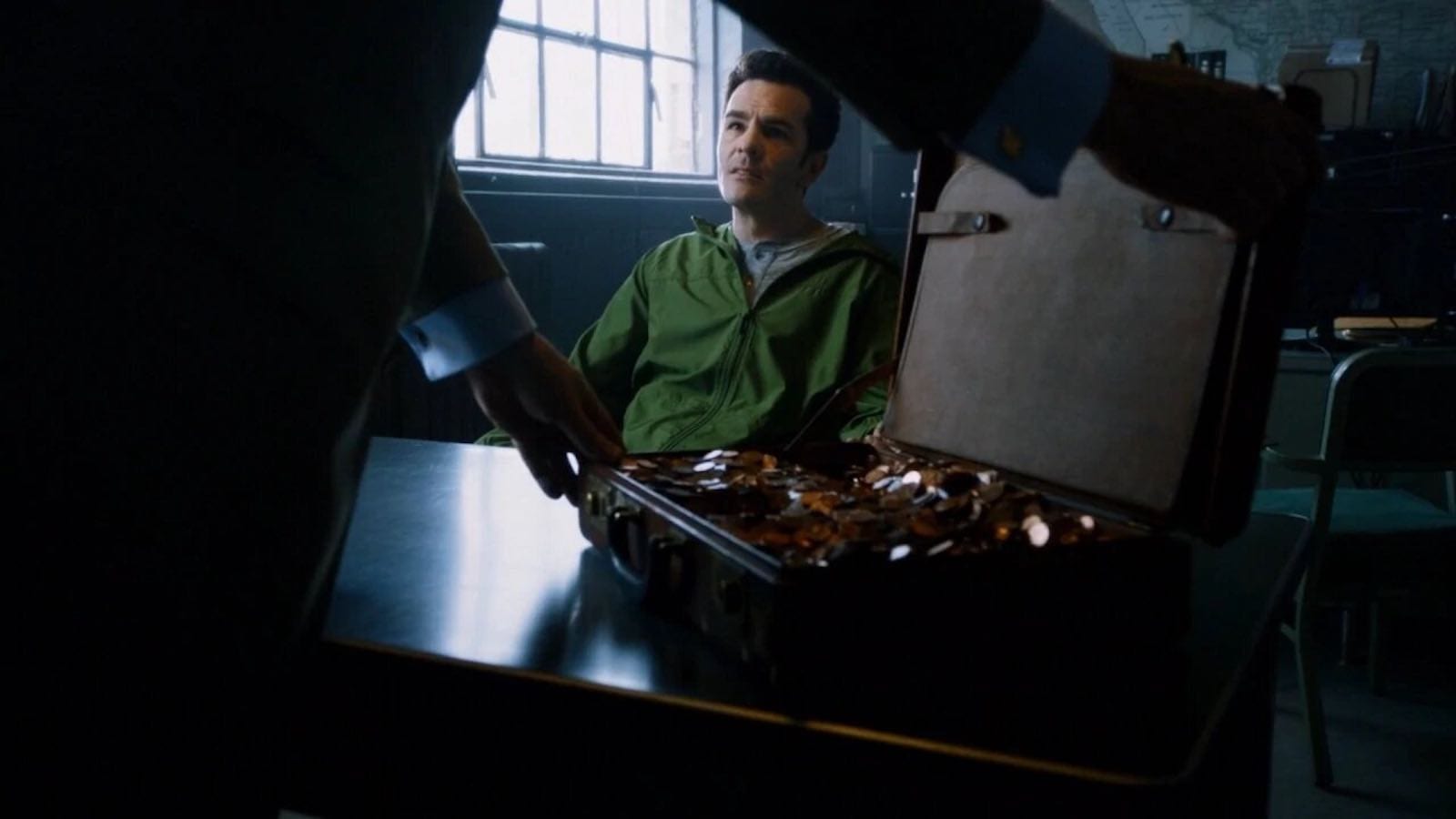 Ragnor’s death was so sudden, yet the Shadowfam are still obsessed with you and your character. How did Shadowhunters impact your life?

It has felt so rewarding to know that I’ve contributed a little something into a world that means so much to people. It has been a joy to watch the Shadowfam’s love, and their fight, and to exist within it.

Your chemistry with Harry Shum Jr. was incredible. Was it felt off-screen too?

I challenge anyone to meet Harry and not be smitten by his exuberance and his charisma. We felt like old friends immediately, due in no small part to how open he is.

What are you currently working on?

Right now I’m heavily invested in some writing projects. I’ve helped a dear old friend write a short film (in which I’ll be appearing briefly) and we go to camera in a month.

I’m co-writing a play with another old friend that’s going to take a little more time (a lot), but it’s truly weird and I’m looking forward to when that’s ready. I’m also readying a genre series pitch with another dear friend that I think might have some overlap with the Shadowfam’s interests; and I’m writing a feature about love, friendship, and Shakespeare that I can barely discuss without getting misty. 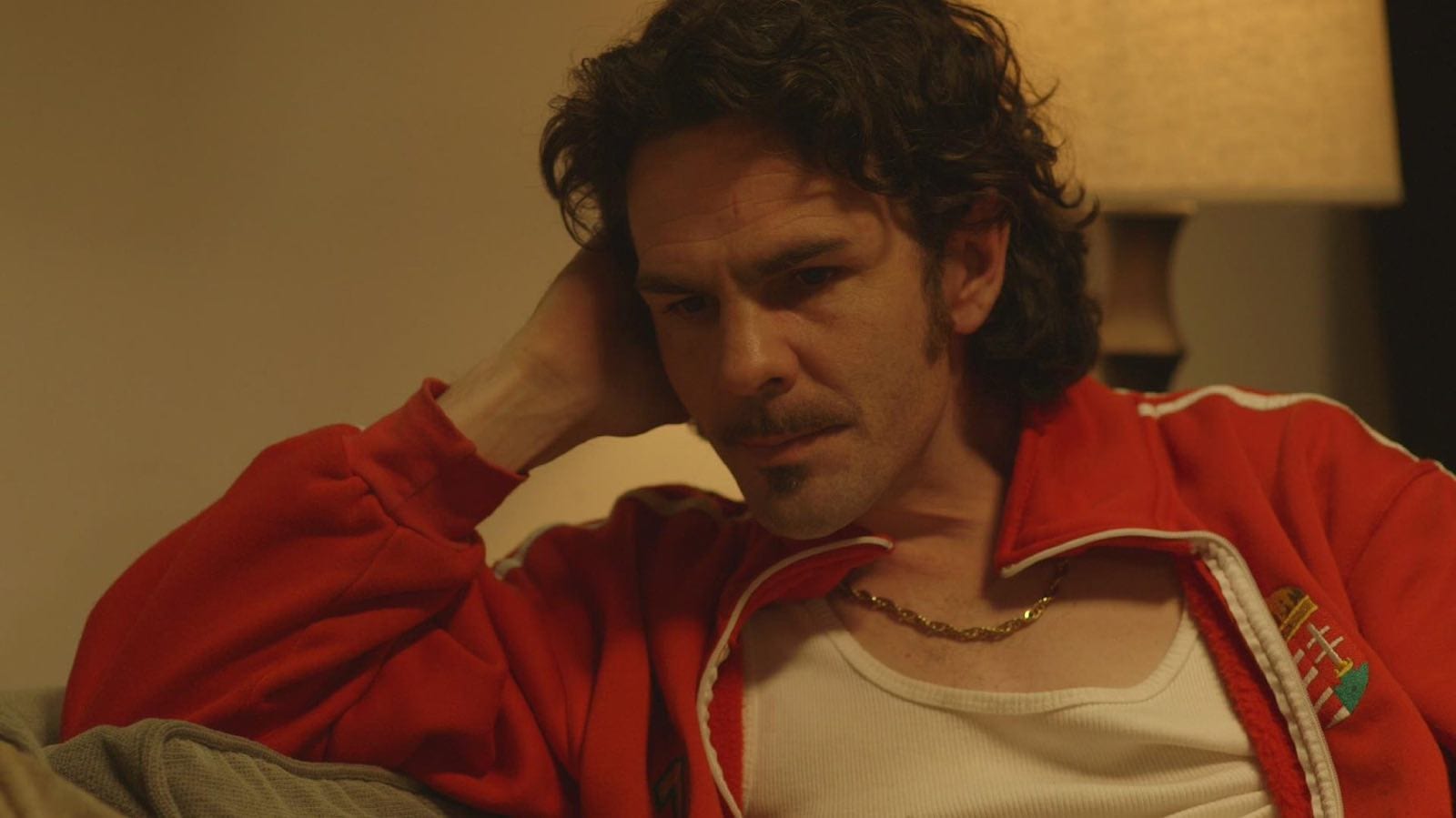 Were you familiar with the Shadowhunters universe prior to joining the cast?

Peripherally, I knew that Ms. Clare’s work had an ever-growing, extremely committed fanbase, and the basis sounded cool and unique, but I didn’t start reading them until I heard the show was casting. I was a few pages into The Mortal Instruments before I knew I longed to be part of this world.

If an opportunity came along to return to Shadowhunters, would you?

Did you relate to your character Ragnor Fell in any way?

I think we all do. We all want to support and protect our friends, and no matter our capacity for snarkiness, I like to think we all know love is something to fight for.

Were there any challenges you faced while filming Shadowhunters?

Only the heartbreak of not being in more of it. Every moment was a joy.

Did you watch the Shadowhunters finale? What are your thoughts on how the show came to an end?

I did. I know that for some fans the divergences from the source material caused a lot of feelings, but that’s inevitable (and has been all along) when adapting work like this. I just felt a tinge of sadness at the closing of this chapter.

The Shadowfam are relentless in the mission to save Shadowhunters. Any thoughts on the campaign so far?

Do you still keep in touch with the Shadowhunters cast?

Not really. I celebrate their achievements and enjoy their work, but haven’t seen anybody IRL since then.

What’s your best memory about being on the set of Shadowhunters?

Harry’s eye roll. Every other second of it is runner-up. 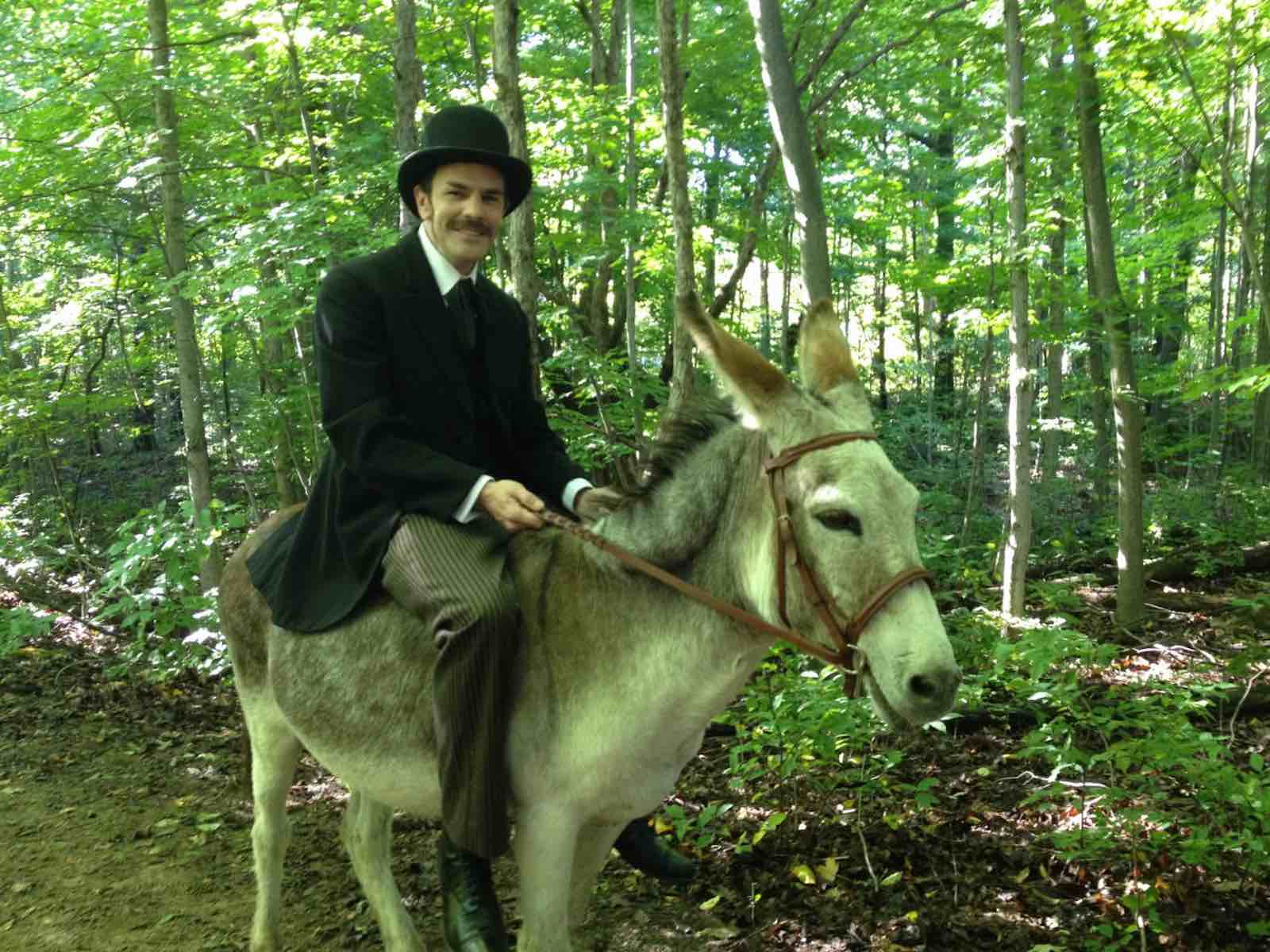 Tell us about your future projects.

The next thing I’ll be seen in on TV is an upcoming episode of Murdoch Mysteries which was fun for me in two ways: I do some accent work (which I love to do) and was delighted to be directed by filmmaker/director/writer Shamim Sarif, who wrote The Athena Protocol.

Can we expect to see any behind-the-scenes work from you soon?

I almost always forget to take behind-the-scenes footage and pictures, as I’m trying to be as in-the-moment as possible. Then I regret not taking the pics and footage. I never know what will emerge in that sense, but it’s always someone else’s. 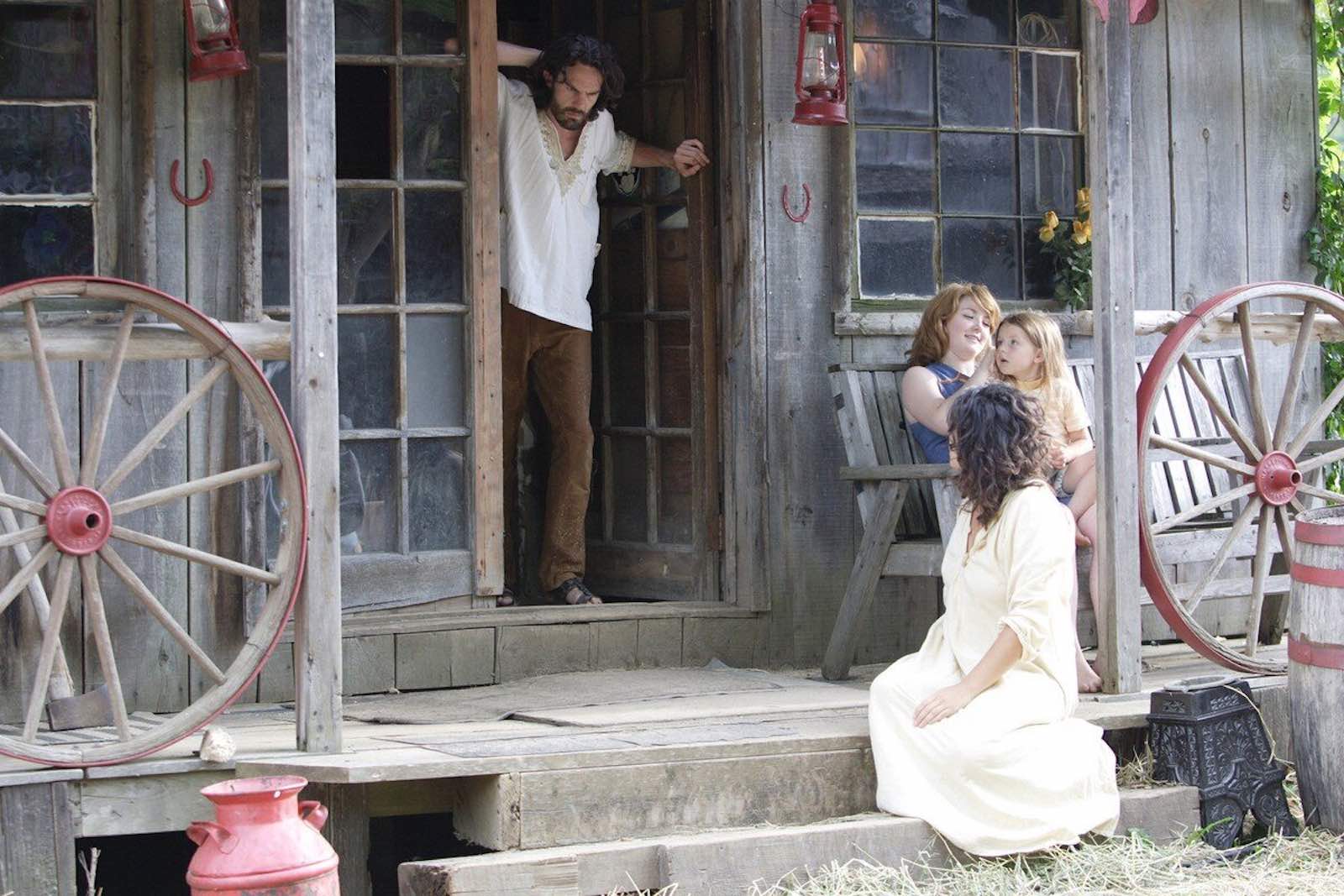 What brought you into your career in the dramatic arts?

If you could give one piece of advice to new actors, what would it be?

As it’s impossible to truly pay attention to performances without learning something, watch everything, especially elder actors.

You can experience the pleasure of meeting Adam Kenneth Wilson yourself at the Heroes of the Shadow World convention in NYC. For details, click here.