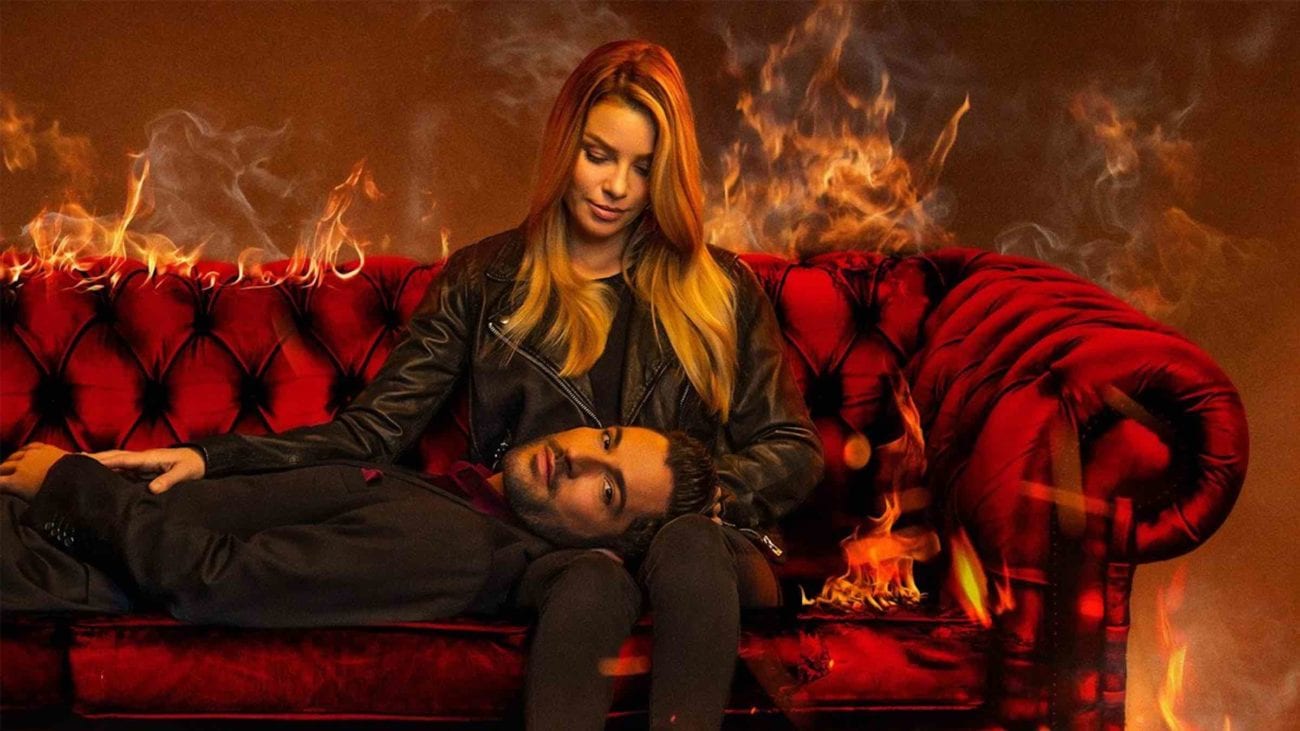 Here’s a question: does a show focused on the Devil have to be scary? There haven’t been a ton of shows that focus on the supernatural figure, but most of them tend to lead toward the scarier, horrorish side of the equation.

Lucifer is an interesting show to consider. There are angels, demons, and various distinctive otherworldly beings running around, but fans would be hard-pressed to classify the series as “horror”. If we had to classify it, it would be a fantasy procedural dramedy. 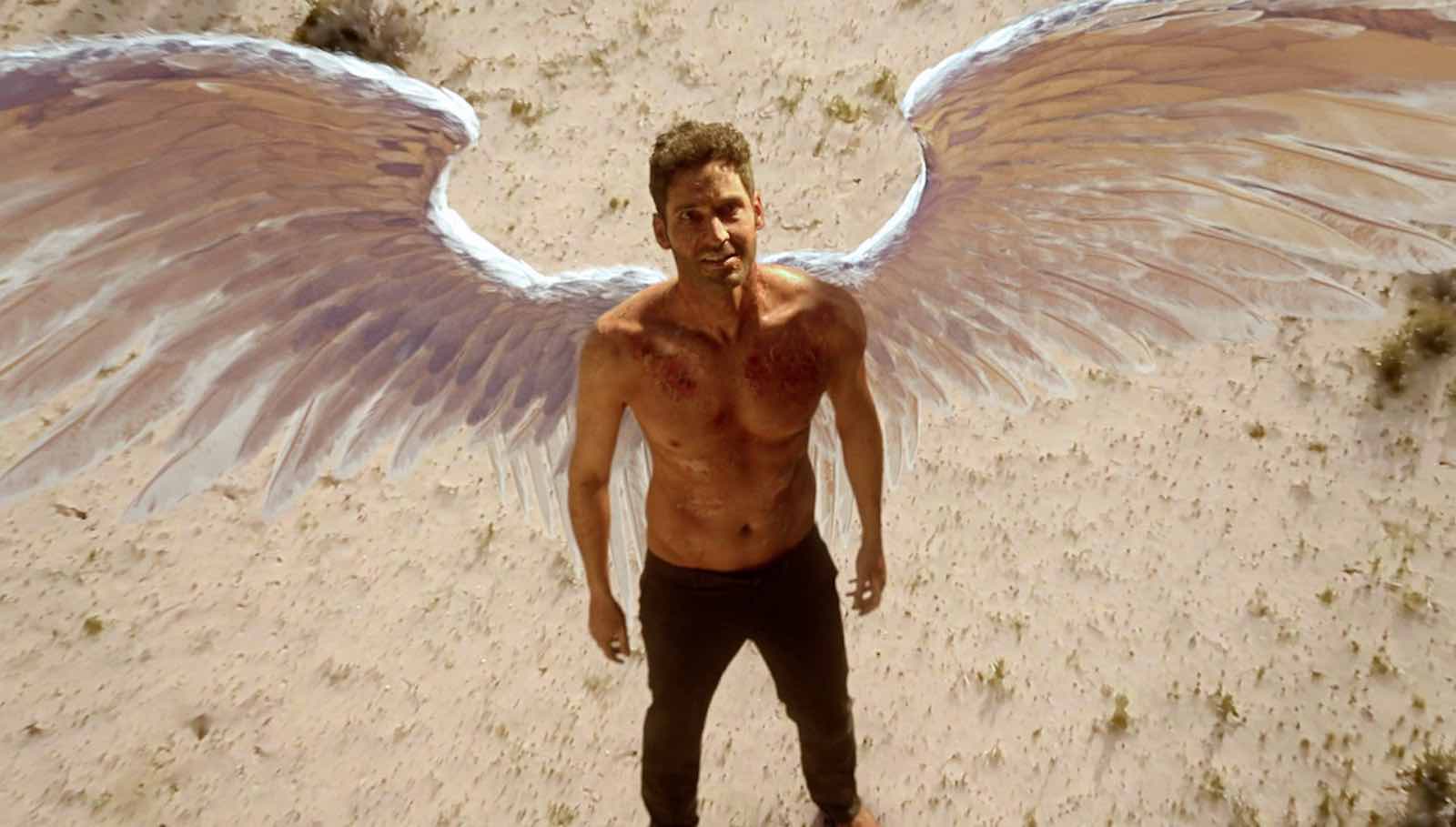 Horror is a sideshow at best in Lucifer. Even so, Lucifer (Tom Ellis) is still the Devil. While he may be charming and a great singer, he still knows how to scare the, well, Hell out of people. 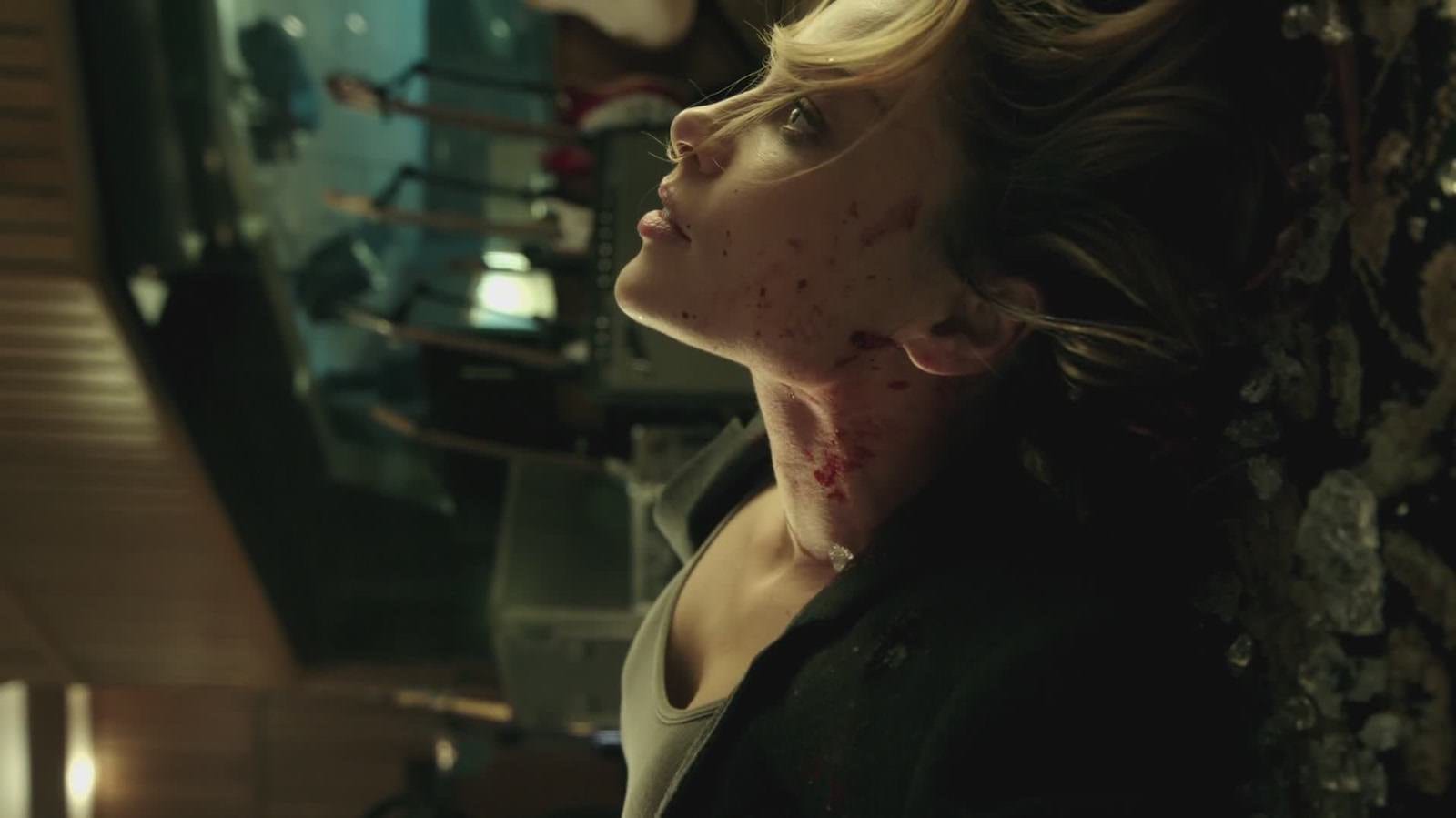 Lucifer just grabbed an audience right out of the gate. From the charming opening scene of Lucifer bribing a cop to his first moments with Chloe (Lauren German), there’s a magnetism that draws you in. While it’s clear Lucifer isn’t human early on, we get our first taste of how terrifying he can be in the pilot as well.

Lucifer scares Trixie’s (Scarlett Estevez) bully early on in the episode, but the truly spine-chilling moment is Luci facing down the pilot’s killer Jimmy (John Pankow). He shrugs off bullets like they’re nothing, smashes Jimmy against the wall and, with his Devil face showing in the glass, promises him he’s just getting started. 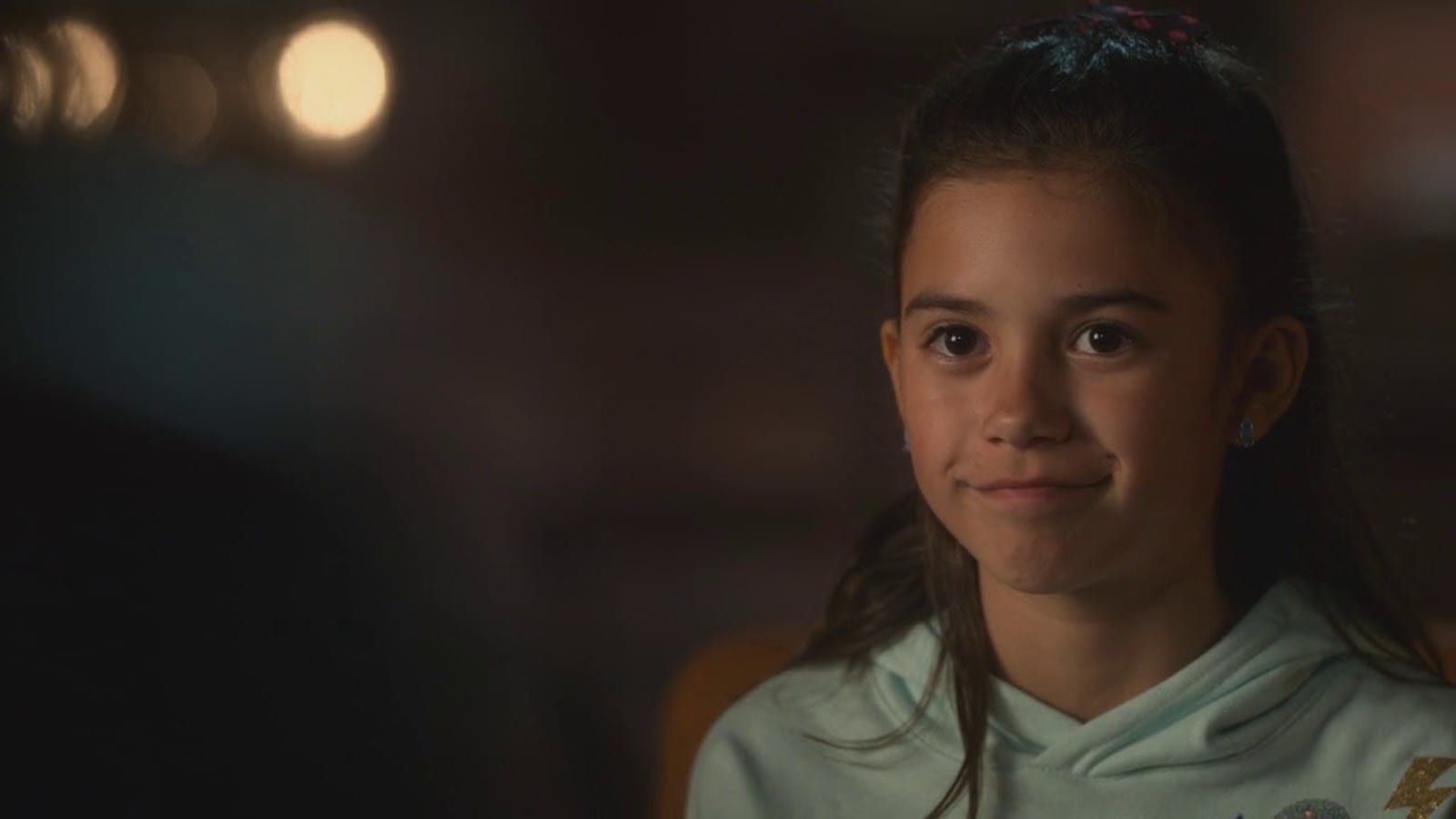 We get the idea of how terrifying Lucifer’s full demon form is based on Jimmy’s reaction, and how utterly destroyed his mind is when Chloe later visits him in the psych ward. This taste of Lucifer’s power shows that, for all his charm and jokes, the Prince of Hell is truly terrifying. 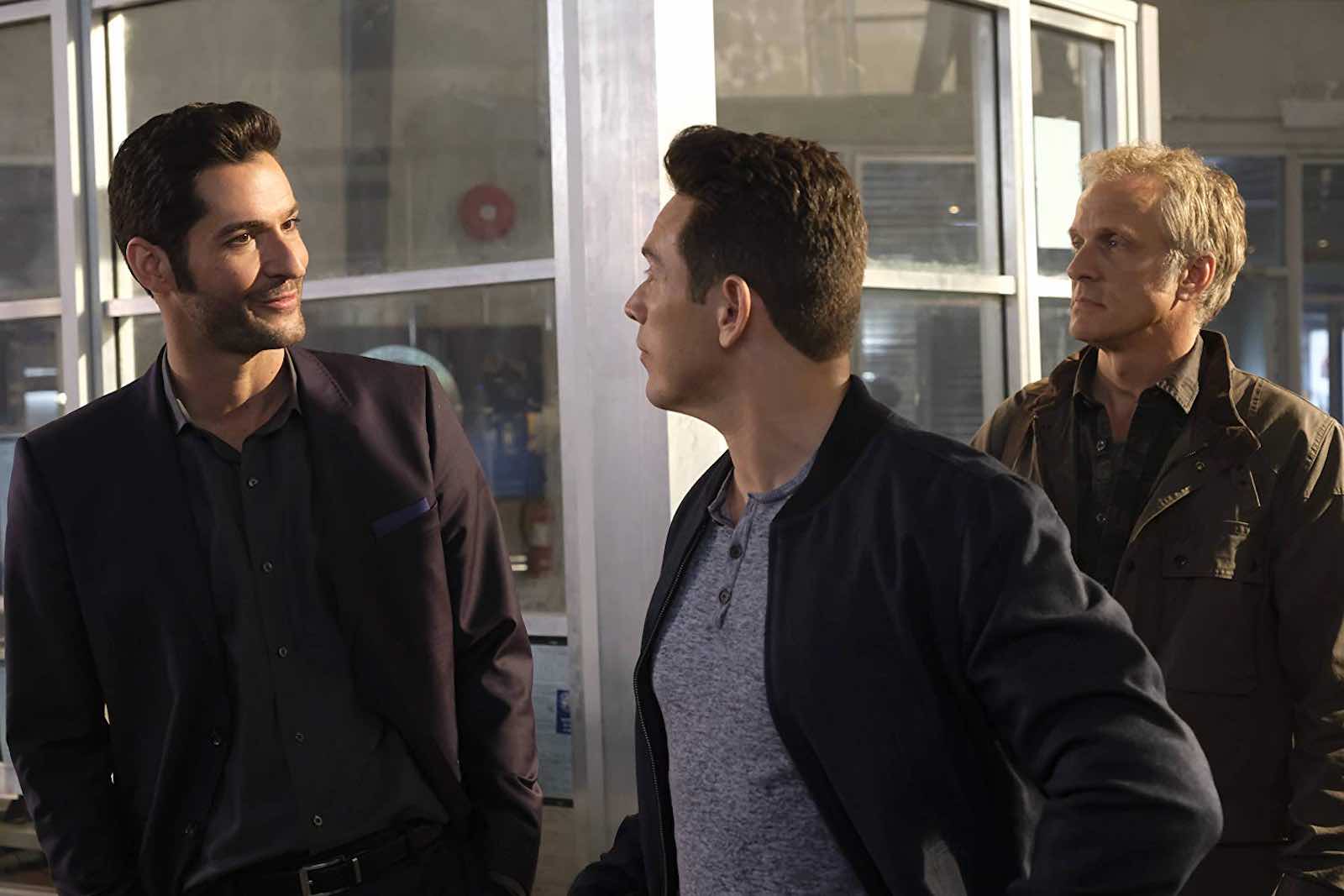 “Off the Record” is simply one of the best episodes of Lucifer. Told through the point of view of Linda’s (Rachel Harris) ex-husband Reese (Patrick Fabian), we see how a glance of Lucifer’s true nature, without knowing him, can drive someone right over the edge. While Reese already isn’t disposed to like Lucifer due to him sleeping with Linda, he seems ready to drop the matter until he sees Lucifer’s true face.

By seeing Lucifer’s true face, Reese does anything he can in order to prove to the world who Lucifer is. Amenadiel (D.B. Woodside) says in the first season that most cannot handle the existence of the divine. We never fully understood what that meant until we see Reese. 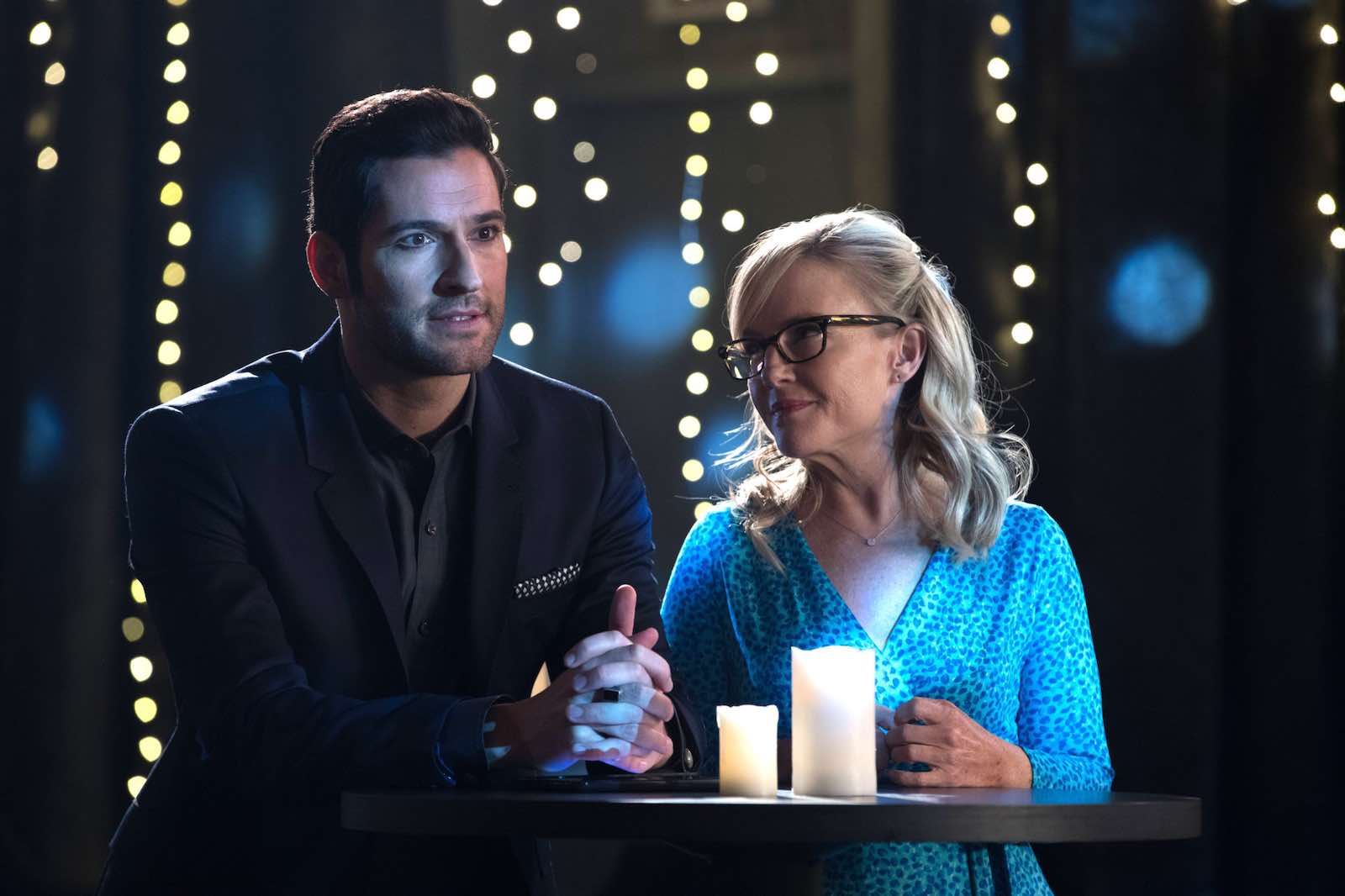 Here is a guy who gets pushed over the edge by a glimpse of Lucifer’s face enough to spend years stalking the man and siccing a serial killer on him. While he would blame Lucifer for his actions, the truth is that Reese himself is responsible for them. He just can’t handle the existence of something greater than his reality.

And then comes the twist: Reese has to relive his descent into madness over and over within his Hell loop. Don’t worry – it’s just a little brush with death. 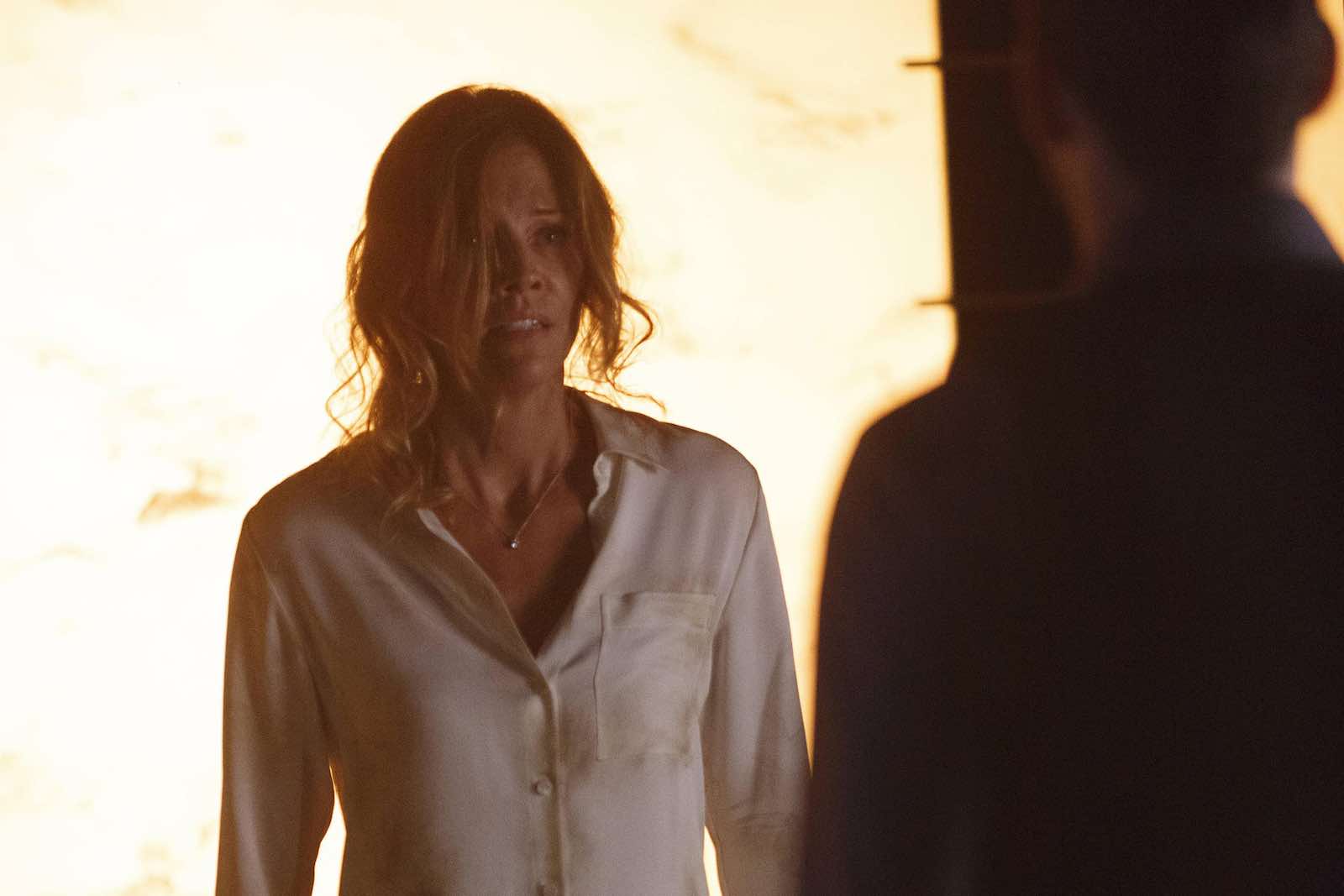 The end of the first season of Lucifer leaves us on a major cliffhanger. Someone has escaped Hell. Who? The Mother of Angels, the Goddess, Mummy. Based on the reactions of Lucifer and Amenadiel, this isn’t one bit good.

Early on, however, we don’t fully see why everyone is so scared of her. Mum (Trisha Hefler) may not entirely understand humanity, but she loves children and wants to be with them. As the season unfolds, however, the picture of her becomes all the more clear.

The Goddess is alien in ways that Lucifer, Maze, and Amenadiel are not. She tolerates humanity – at best. When a human being gets in her way, she seeks to destroy them as best she can. Chloe is even seconds away from death from a car bomb placed there by the Goddess. 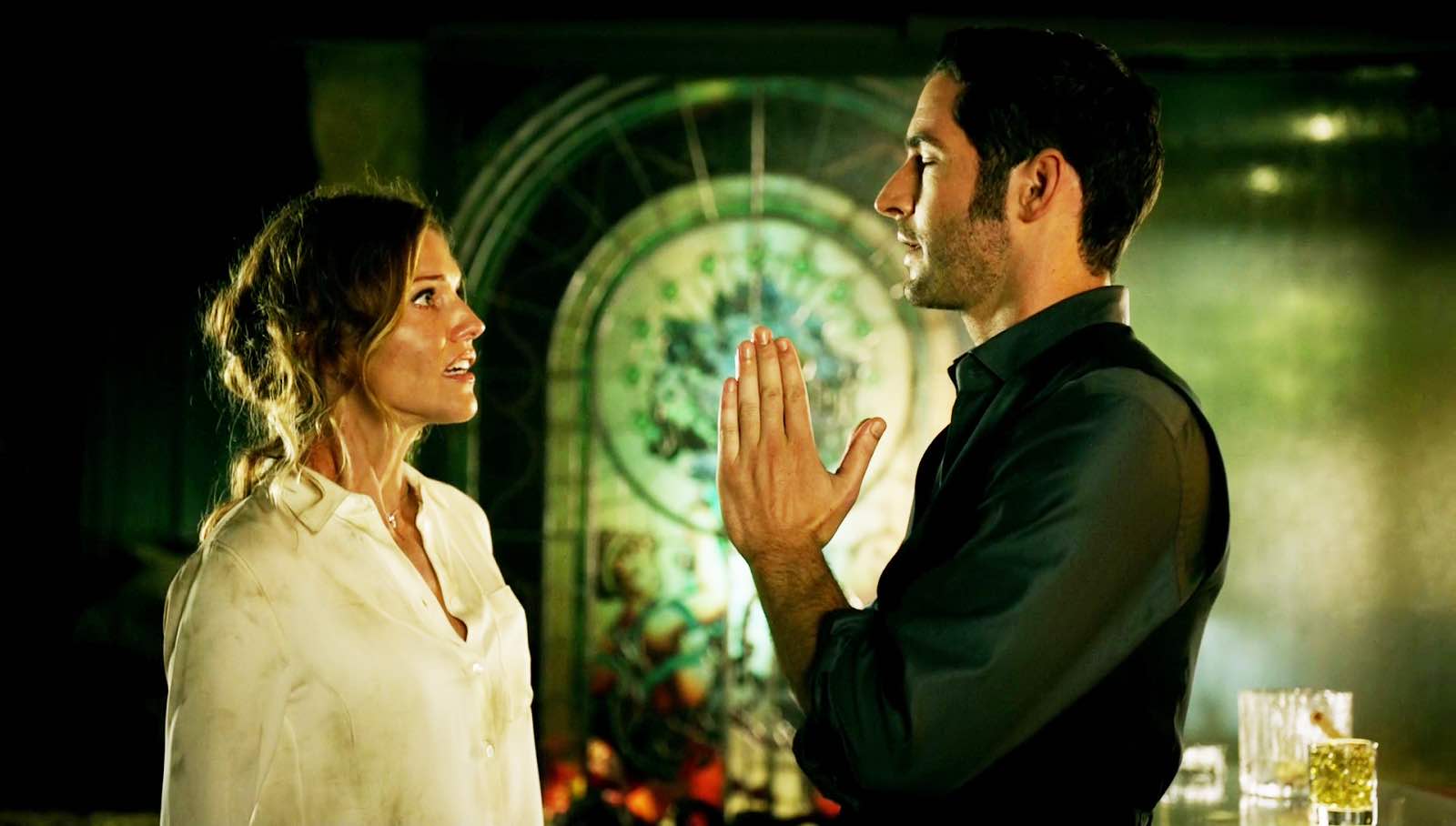 When her powers begin to return to her, Mummy dearest’s desperation skyrockets. She needs to go home or else she’ll burn up the Earth. Thing is, sending her home will start a war within Heaven. In her desperation, she nearly tortures Linda to death. Seeing how removed the Goddess is from everyone, we get an idea of just how terrifying divine things can be.

Almost makes us glad that God is an absent parent in Lucifer. 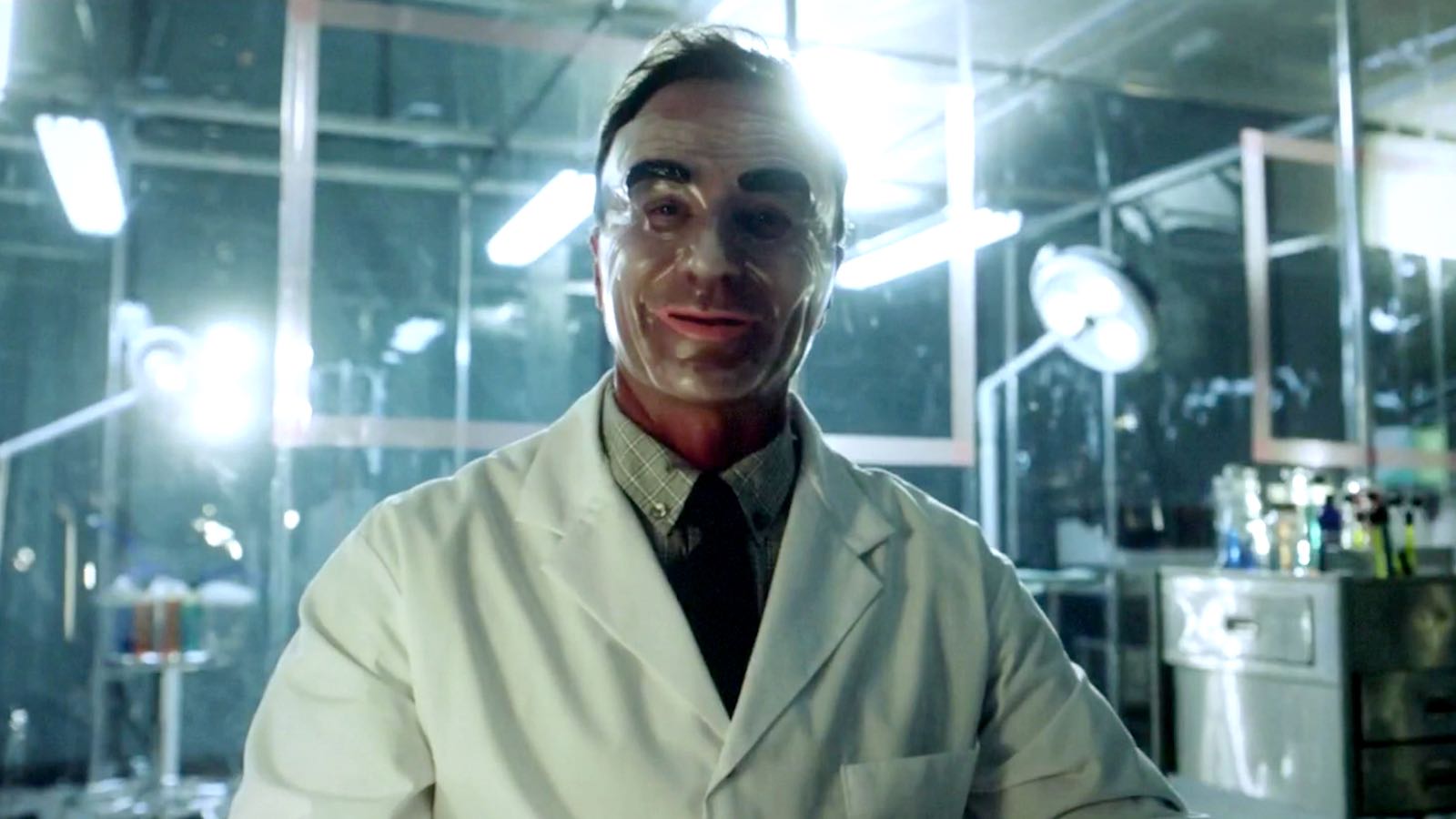 Lucifer tends to have an overarching plot to its seasons, with a clear antagonist for our favorite Devil. In season two, the show experimented with having a “mini-arc” with a bad guy for a couple of episodes.

Tim DeKay (White Collar) plays Jason Carlisle, who has gone into Jigsaw territory. He poisons college students and the only way to give them the antidote is if a random successful person in their field destroys what made them great. A prominent surgeon, for example, has to destroy her hands in order for the college student to get the cure.

This stems from Carlisle choosing to save his research over his Uber driver after a car wreck. He was vilified in the media and his career prospects ruined. His “experiment” is supposed to prove that anyone would have made his choice. 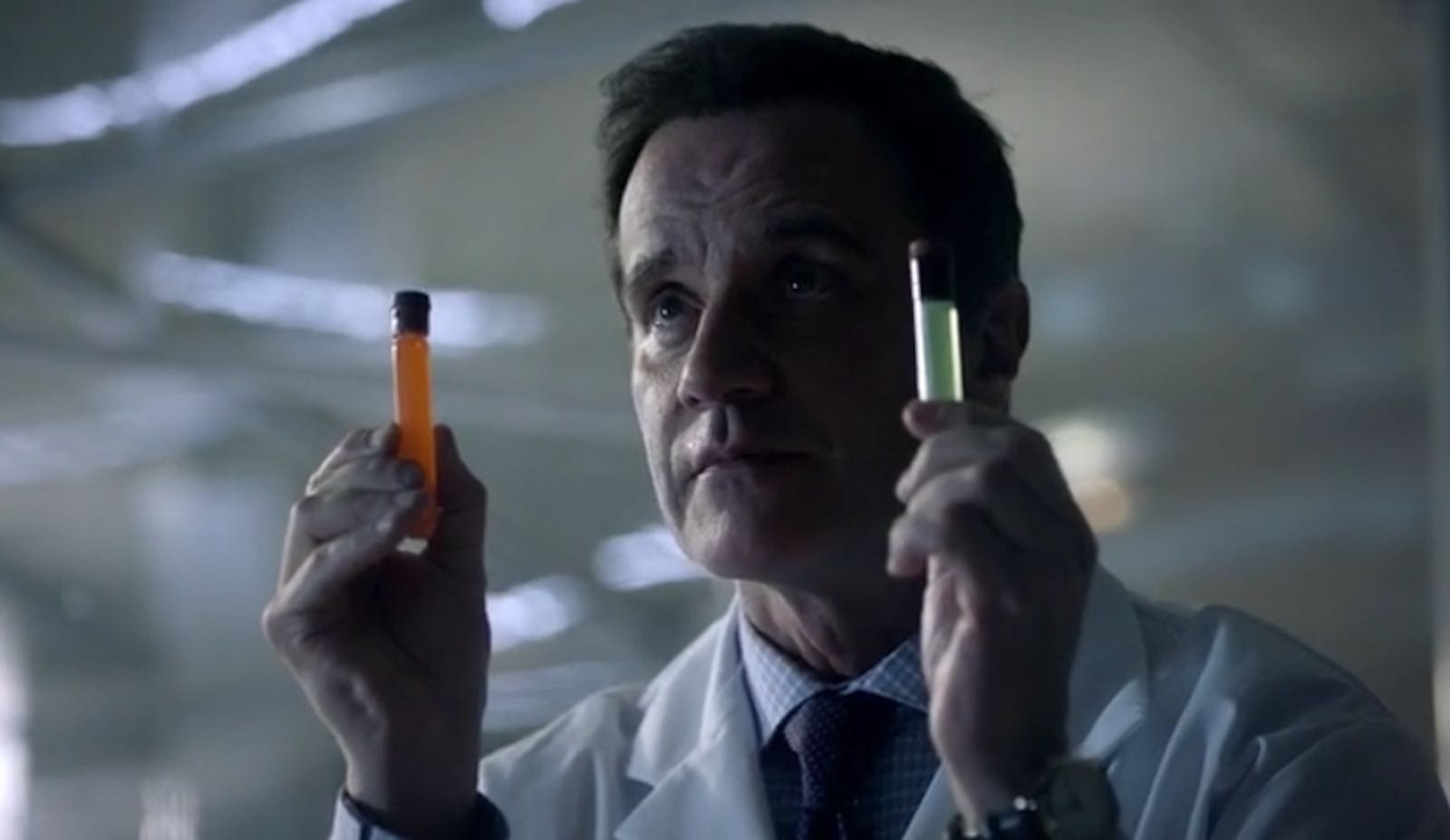 The arc’s tight plot with clear direction makes Carlisle genuinely horrifying. His “experiment” is done to make himself feel better, assuage his own guilt. As Lucifer tells us, people’s guilt sends them to Hell. What is the moment that Carlisle relives? The moment he picked his research over a life.

It’s terrifying to see what how far people go in order to justify their choices. Carlisle is definitely the best example on the series. 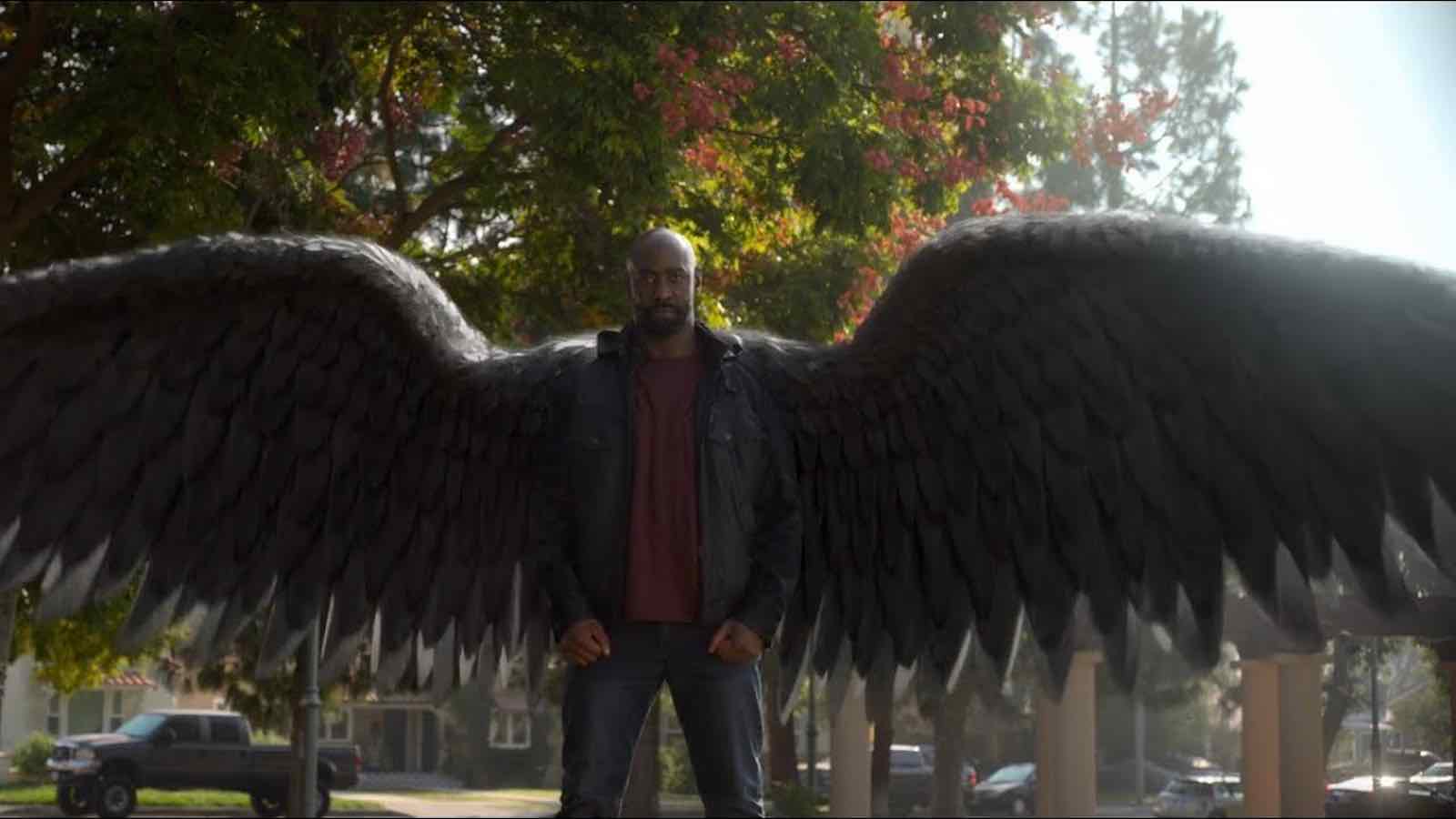 One interesting twist that Lucifer throws to the whole angel/demon mythos is the apparent ability of angels to self-actualize (punishing or rewarding themselves based on how they feel about themselves). It’s especially interesting in the moments that lead to some serious body horror.

Amenadiel in S1 lies, manipulates, and threatens his way into his believed end goal: returning Lucifer to Hell. Along the way he frees a soul from Hell, puts a lot of people in danger, and generally acts worse than the actual Devil. In the season two premiere, his punishment is that his wings are literally rotting away.

The CGI in Lucifer isn’t the best ever, but the point is still made. Amenadiel’s feathers slowly disintegrate off his body as he stares in horror. It’s an effective and chilling image. 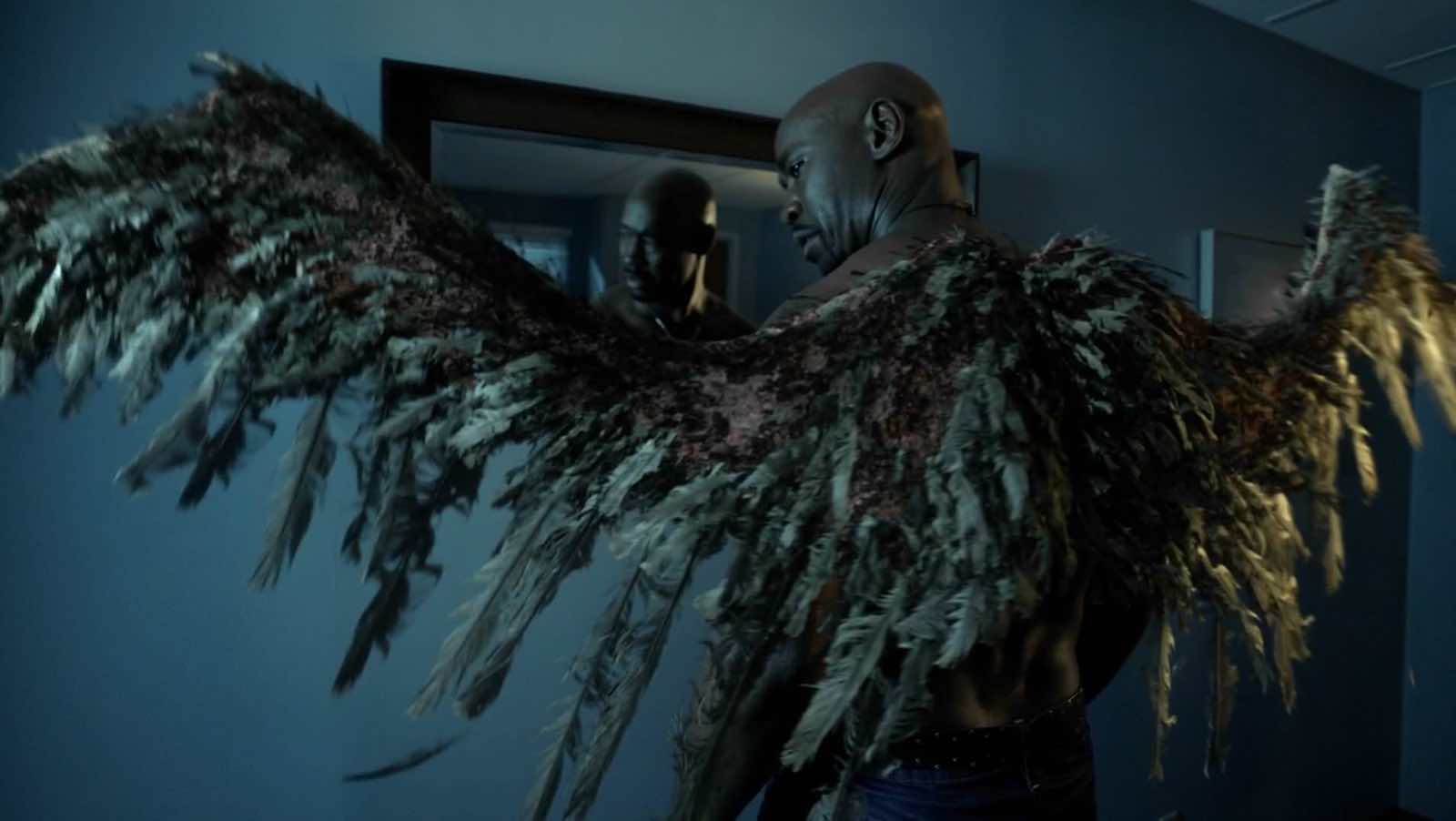 The one that gets us even more is when Lucifer’s devil form slowly overtakes his human body. After declaring his own self-hatred, Lucifer spends “Save Lucifer” slowly turning into his Devil form. It begins with a patch of skin on the back of his hand and it just grows.

Eventually, the demonic flesh overtakes his whole body, forcing him to become the monster he believes he is. The slow overtaking of the Devil form is reminiscent of The Fly or other horror movies of that ilk. 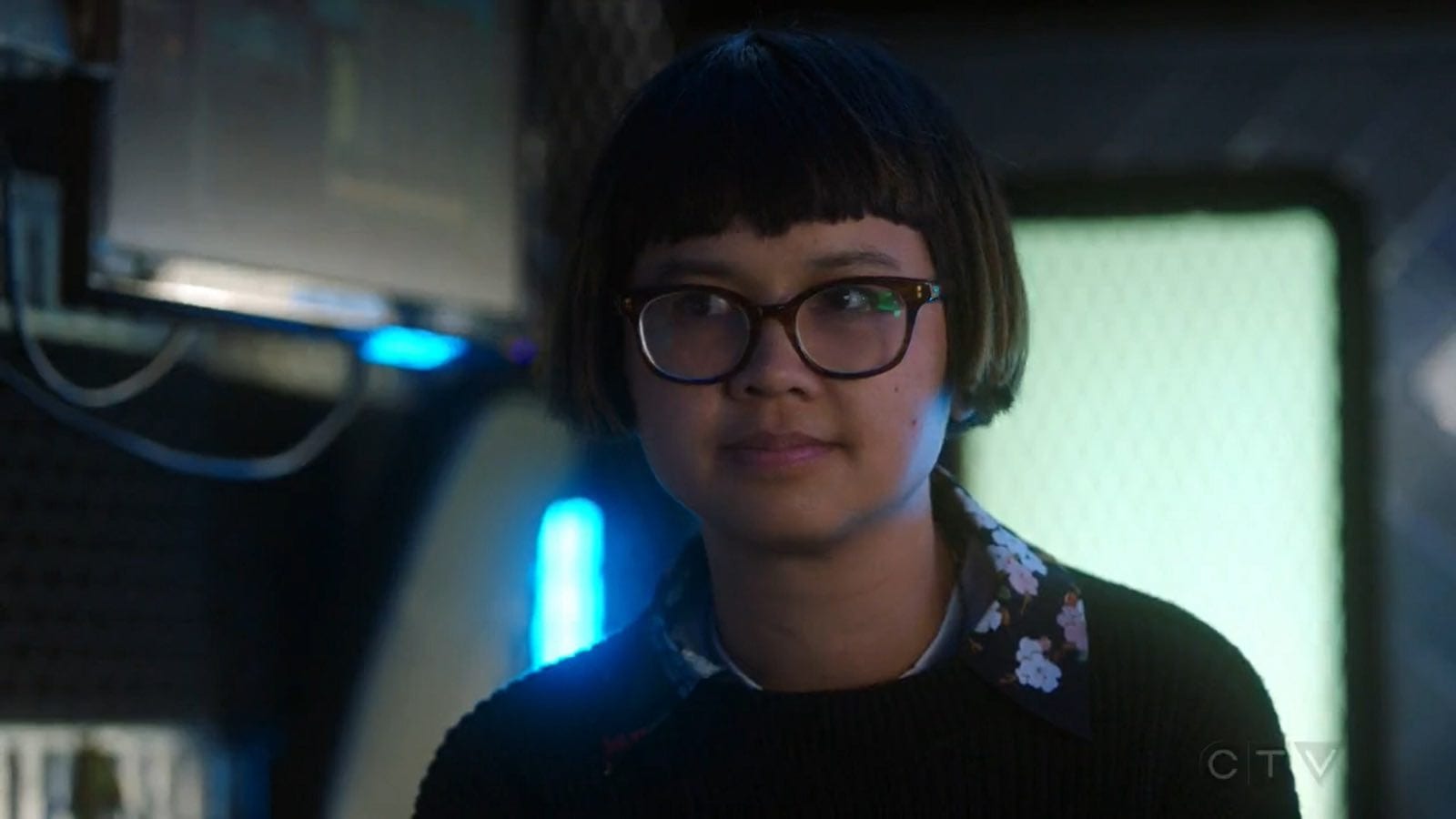 Azrael (Charlyne Yi) is apparently a sweet and delightful angel. Or at least that’s how she appears in the episode “Boo Normal”. Still, we’re scratching our heads over her blade. That thing is a seriously nasty piece of work.

In the hands of a human, Azarel’s Blade essentially drives them to kill. Every petty or perceived slight is suddenly blown out of proportion. The only way out for a person under its thrall is to kill the target of his or her rage. 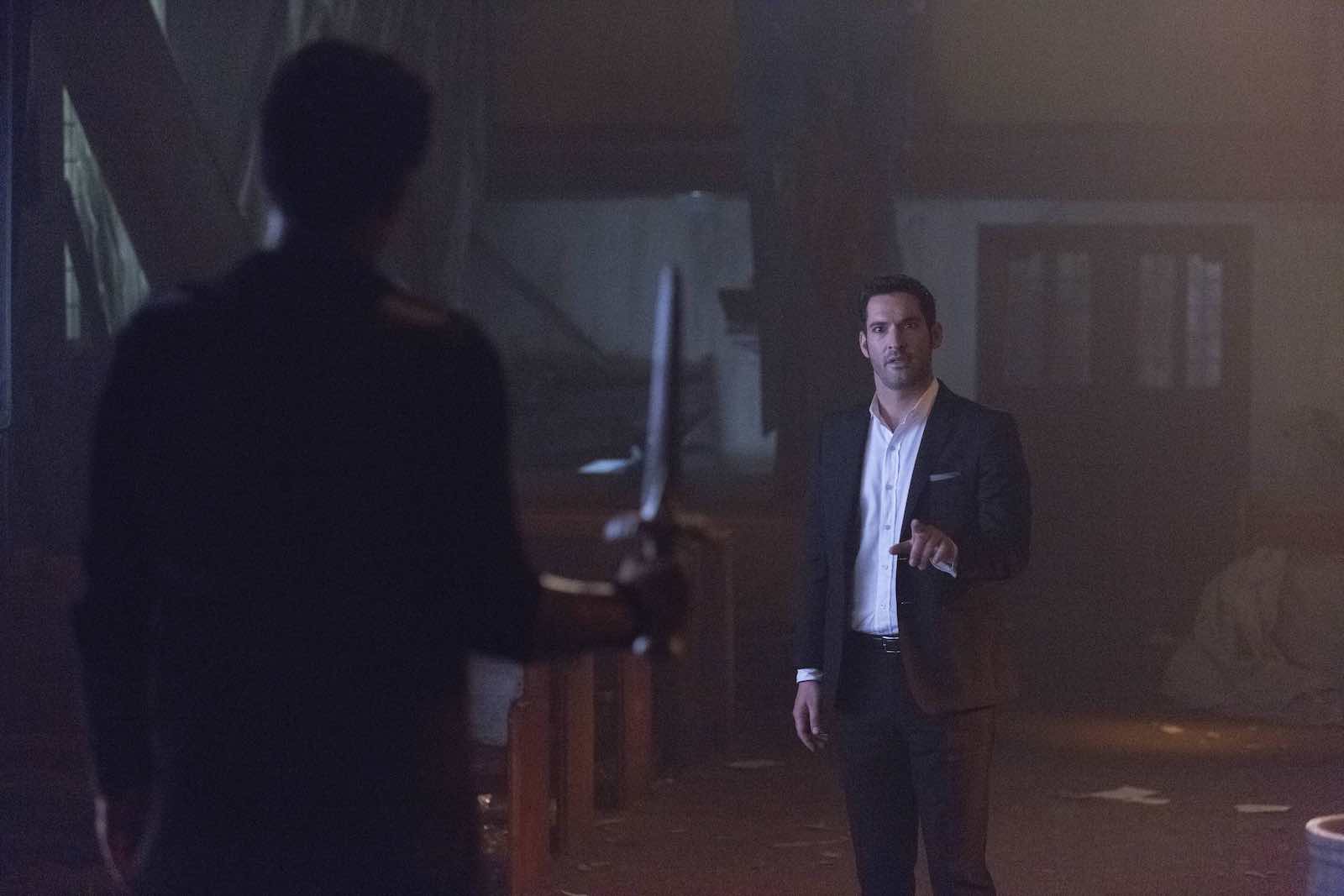 But whoever is stabbed by Azarel’s Blade doesn’t just die – they’re destroyed. No Heaven. No Hell. They just cease to exist. Lucifer goes into a downward spiral by using the weapon on Uriel (Michael Imperioli) after he threatens Chloe’s life, and the blade cuts a bloody swath through Los Angeles.

All those people aren’t just dead, they’ve been reduced to . . . nonexistence. You may consider that more of a philosophical terror, but it’s chilling nonetheless. Can you imagine what would happen if it weren’t stopped? The Goddess gave it to a human to get God’s attention. Who knows what would happen if she got her way.