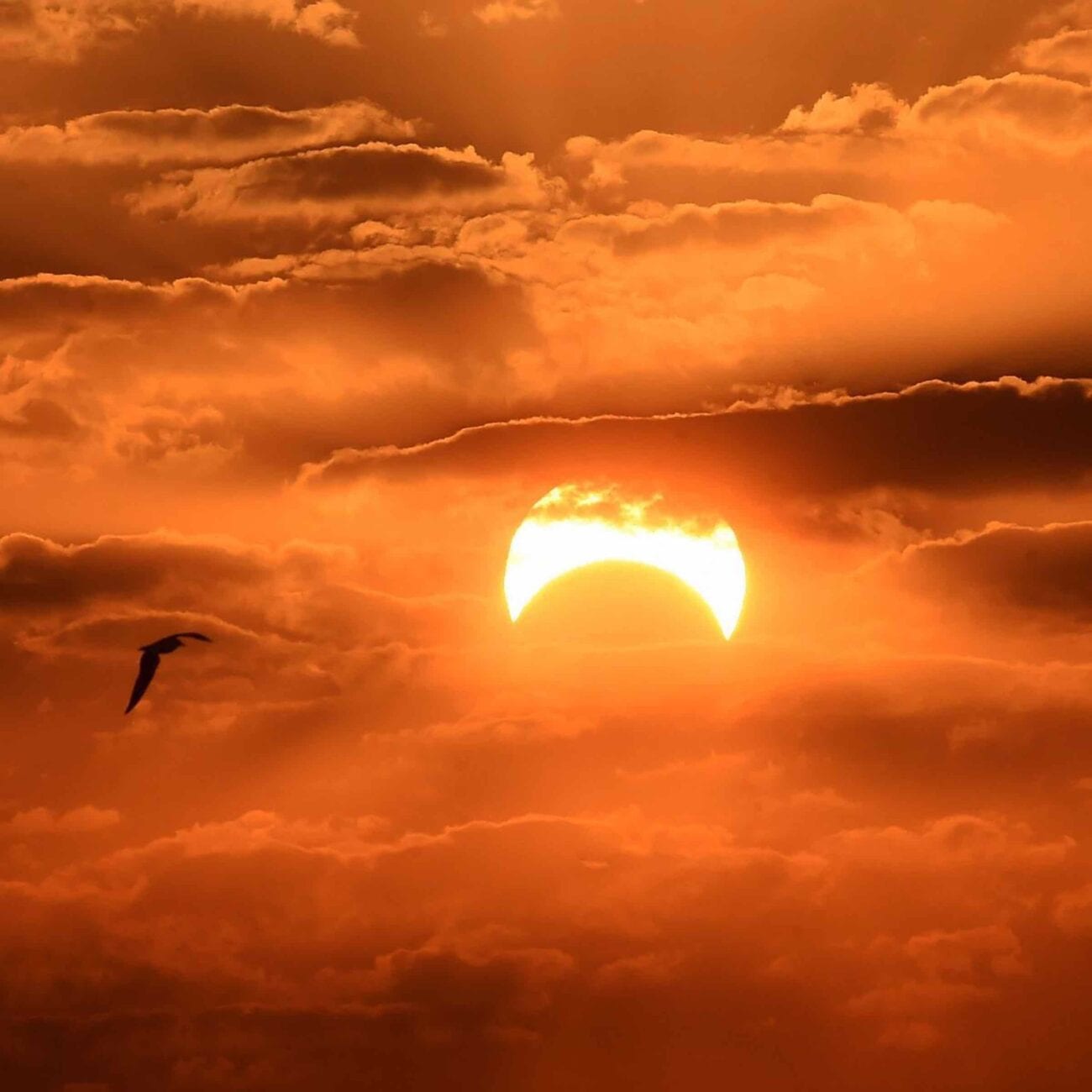 Did you see the ‘Ring of Fire’ solar eclipse? Gaze at these stunning photos

Apparently the Moon liked it, so they put a ring on it! The Ring of Fire solar eclipse blazed across the sky early this morning to the delight of early risers in parts of North America, northern Canada, Europe, northern Asia, Russia, and Greenland. The Ring of Fire solar eclipse allowed for some breathtaking views for anyone’s early commute and led to amazing live streams for those of us who weren’t able to catch the phenomenon.

The Ring of Fire solar eclipse was a partial eclipse, as a full solar eclipse is apparently very rare. This partial eclipse happens when the moon is near its farthest point from Earth during an eclipse, so the moon appears smaller than the sun in the sky and doesn’t block the whole solar disk, leading to this beautiful astronomical view.

A few others from the annular solar eclipse as the sun rose behind the Statue of Liberty in New York City, Thursday morning. #newyorkcity #nyc #newyork @NYmediaBoat #RingofFire #solareclipse2021 #solareclipse @agreatbigcity pic.twitter.com/SY4v63y36y

Lady Liberty is getting a glow up today!

My best shots of today's eclipse, captured through gaps in the clouds over Somerset.

All were taken using specialist solar filters. To get a sense of scale, have a look at the little Earth icon I've dropped into the 3rd pic.#PartialSolarEclipse #SolarEclipse #solareclipse2021 pic.twitter.com/VMNTJFbXjR

Good morning to everyone, but especially the Sun and Moon forming today's #SolarEclipse. The full annular, or "ring of fire" eclipse was only visible in the far north, but @nasahqphoto captured images of the partial eclipse. https://t.co/qbR8koKjEJ pic.twitter.com/hqSAQ54wD5

What a way to start the day!

#PartialEclipse #Exmouth @bbcweather @BBCSpringwatch @BBCNews @itvwestcountry @ITVCharlieP #10thJune @EarthandClouds These were the pictures I taken of the partial eclipse, as seen from Exmouth, on Thursday 10th June 2021, using the zoom-in lens on my "Canon" camera. pic.twitter.com/yyufxVxt0U

Let there be light

Gonna need some sunglasses to look at these pictures!

A nice little sum-up of this incredible phenomenon!

Some #astronomy themed music for your #SolarEclipse day.

"The sun, the moon
Both turn for you.
And through your days
Will light your way."

Lyrics from First Steps by Elbow

My 21 & a half yr old computer generated space image of the Moon, Earth & Sun.https://t.co/Yod2Sm2Qji pic.twitter.com/FEGWOQpwT4

It was only a partial eclipse, though. But we still have had Total Eclipse of the Heart on repeat today https://t.co/muLRgq2LU3

Total Eclipse of the Heart

Aka the only appropriate song to play today, even if it was only a partial eclipse.

I wonder what early humans must have thought when they experienced and eclipse..

It would probably be . . . a mixed reception to say the least.

These NASA photos of the sunrise solar eclipse of 2021 are just jaw-dropping https://t.co/HJENpP1z58 pic.twitter.com/0UtsPbUwEo

Imagine walking onto Capitol Hill to that amazing view . . .

Have any other stunning photos of the Ring of Fire solar eclipse? Drop them below in the comments to keep our day glowing bright!

Share via:
Tags
Ring of Fire solar eclipseTotal Eclipse of the HeartTwitter
Author