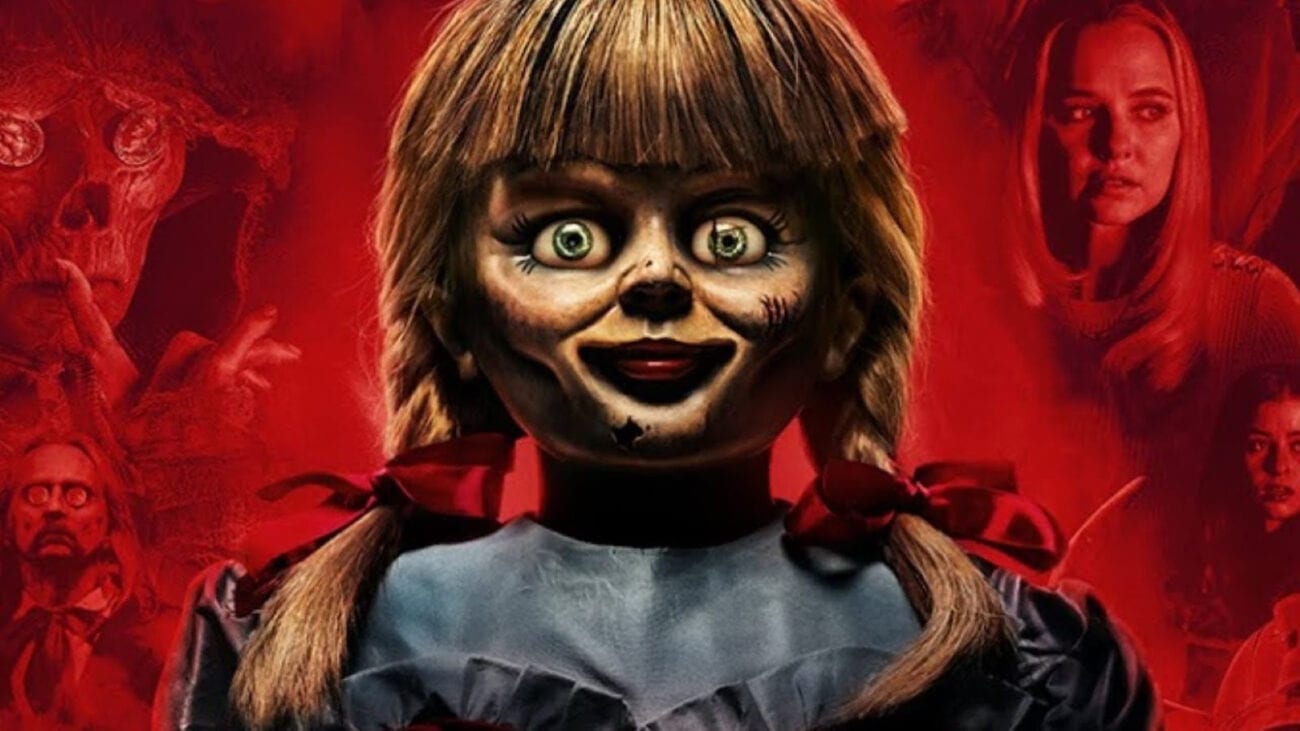 Is the Annabelle doll real? The scariest real-life revelations

Ed and Lorraine Warren became household names outside of paranormal circles after The Amityville Horror came out. The same demonology couple featured in The Conjuring franchise was in charge of banishing the demon in the house in Amityville, NY. They were active exorcists for over 50 years until Ed Warren’s passing in 2006.

While The Amityville Horror and The Conjuring films are frightening, nothing stood out to audiences quite like the haunted porcelain doll, Annabelle. Annabelle was a cameo in the first Conjuring movie but soon got her own spinoff.

Sometimes, the truth is scarier than fiction and we think the real story of Annabelle is horrifying. Ed and Lorraine Warren would agree, and caution us about taking in strange dolls. Here’s why. 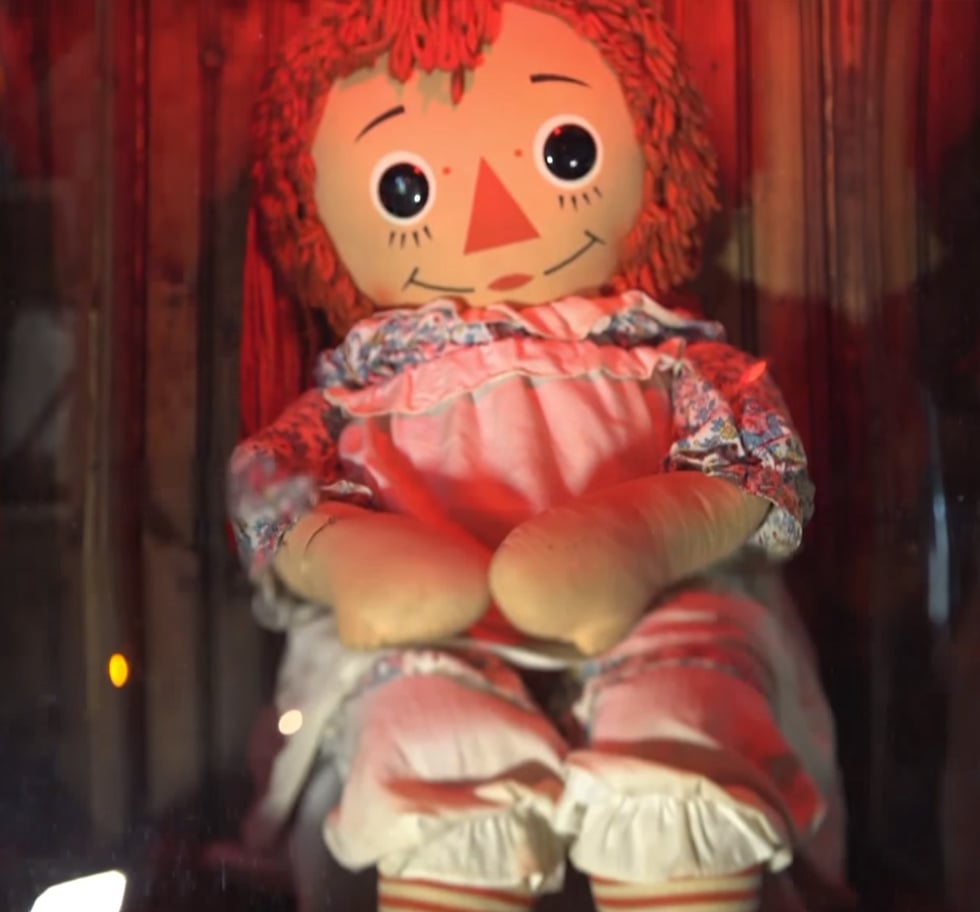 You’ll never look at your childhood Raggedy Ann doll the same way because Annabelle is a Raggedy Ann in real life. The yarn hair, triangle nose, painted face, and freckles are all there. Next time you see your beloved childhood doll’s big, painted eyes staring at you, try not to think of the identical ones at the Occult Museum in Connecticut. 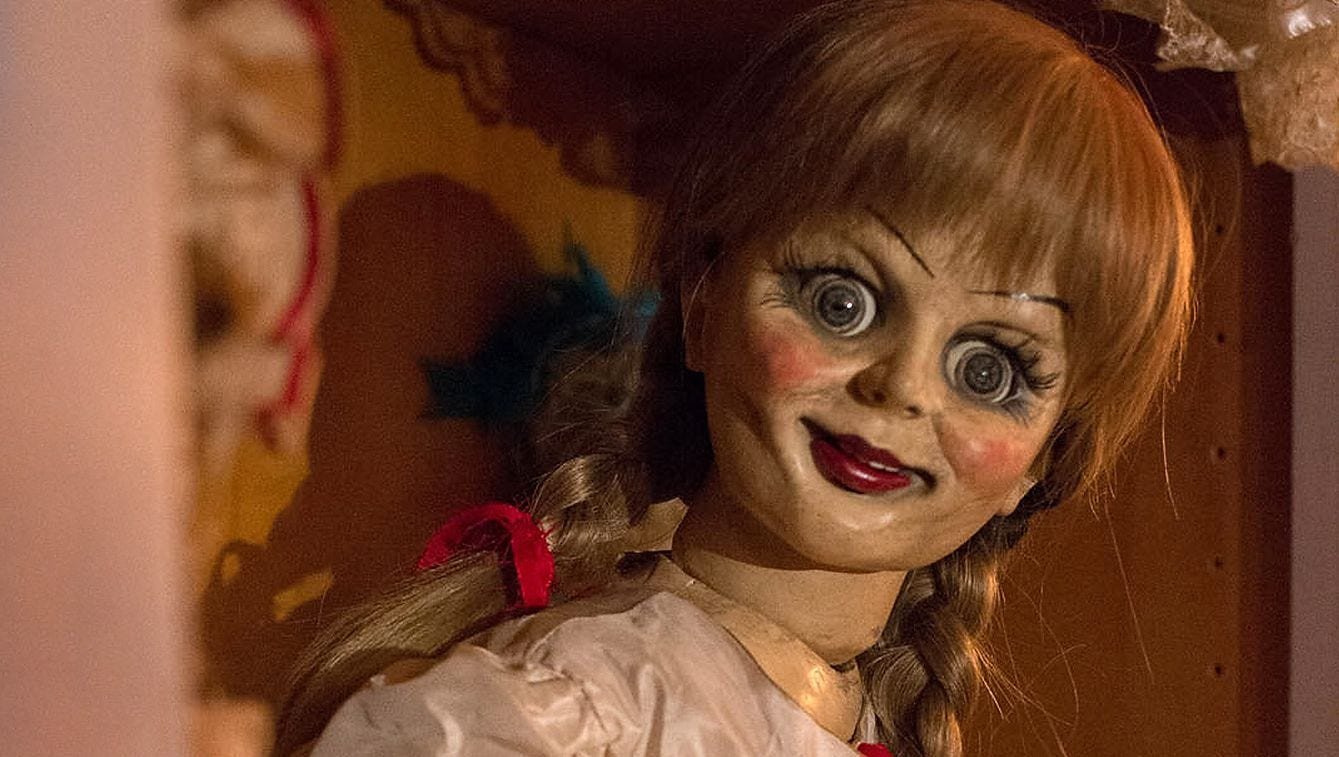 The real Annabelle became possessed when she was used in a seance. In an interview, Ed Warren detailed how. In 1971, a 28-year-old nurse in Hartford, CT got the 3-foot Raggedy Ann doll for Christmas from her mother. Even though she was older, she loved the doll and kept it.

A few nights later, Annabelle’s owner and her roommate noticed some strangeness. They’d brought Annabelle to the kitchen for breakfast as a gag before their shift. On the fourth or fifth day, the noticed Annabelle’s arms starting to move. They didn’t just move, either. They placed themselves from Annabelle’s sides to the top of the kitchen table. 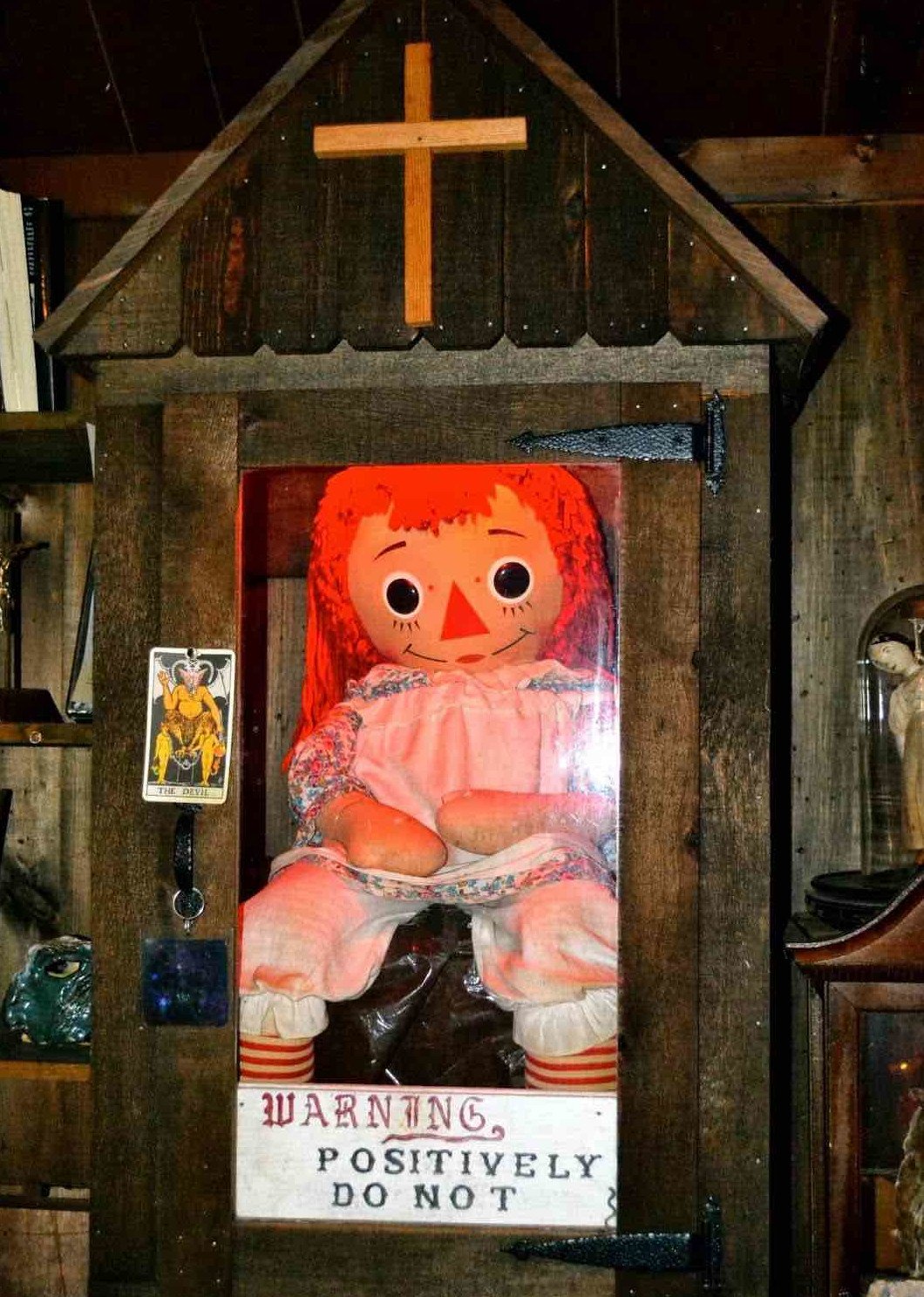 Intrigued, not frightened, the young women took Annabelle to a medium. They believed there was a spirit in Annabelle, but wanted to confirm it. So they checked for spirits in Annabelle by holding a seance.

There, they learned a little girl named Annabelle was killed in a car accident right outside of their apartment. According to Ed Warren, God doesn’t allow the spirits of children to possess dolls. Thus, Warren concluded that Annabelle was a demon preying on the young women’s sympathy.

It worked. The young nurses treated Annabelle like a little girl. They bought her toys, clothes, and jewelry. They took Annabelle for car rides and to the ice cream parlor. Little did they know that by recognizing the demon Annabelle, they were inviting it to go beyond the doll and possess their home. 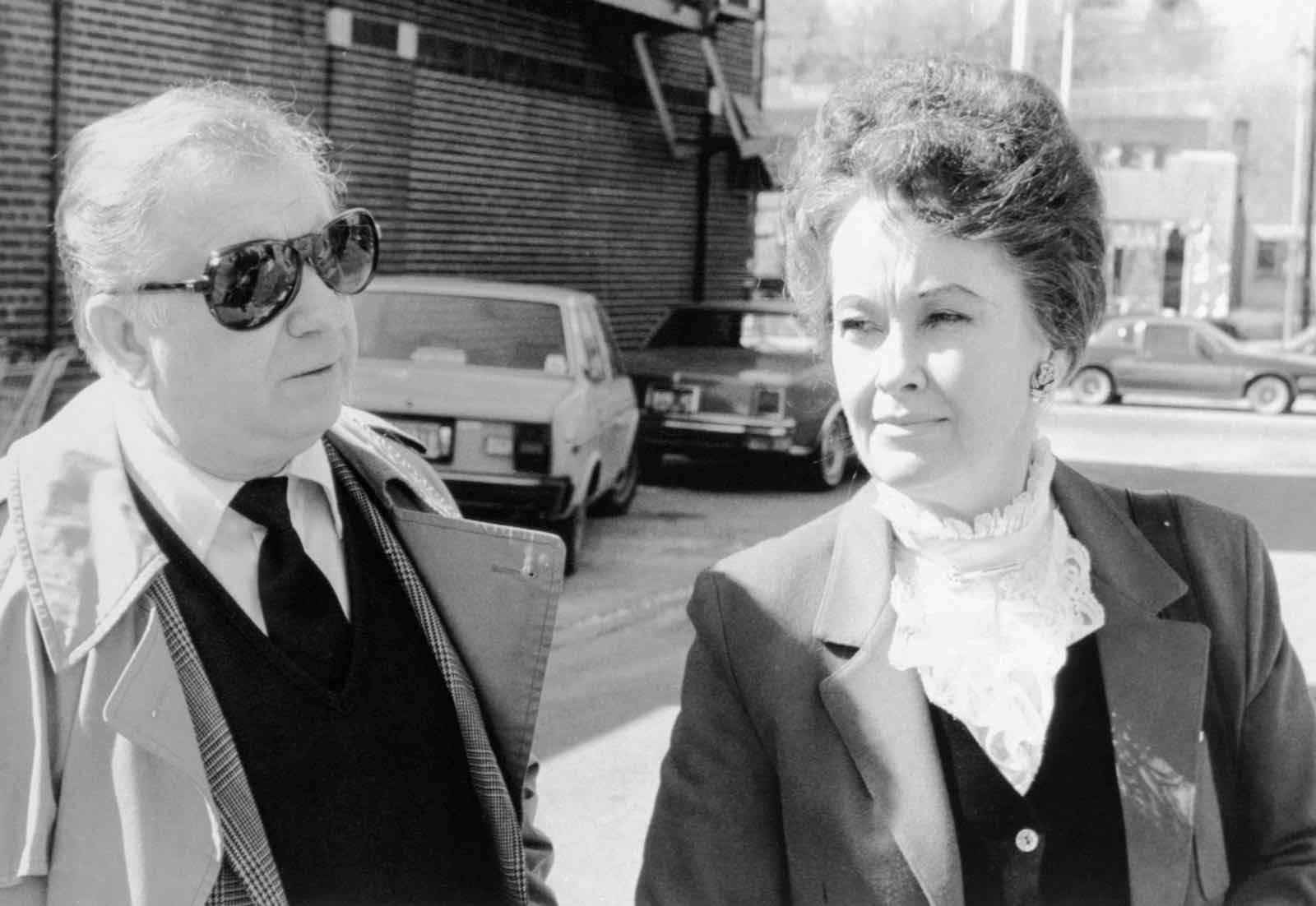 According to Ed Warren, infestation happens when a demon or an earthbound spirit starts haunting a house. The young nurses heard knocking sounds in their house, saw flashing lights in their bedroom at night, their beds would shake and the room’s temperature would mysteriously drop. Per the Warrens, these are all infestation signs. 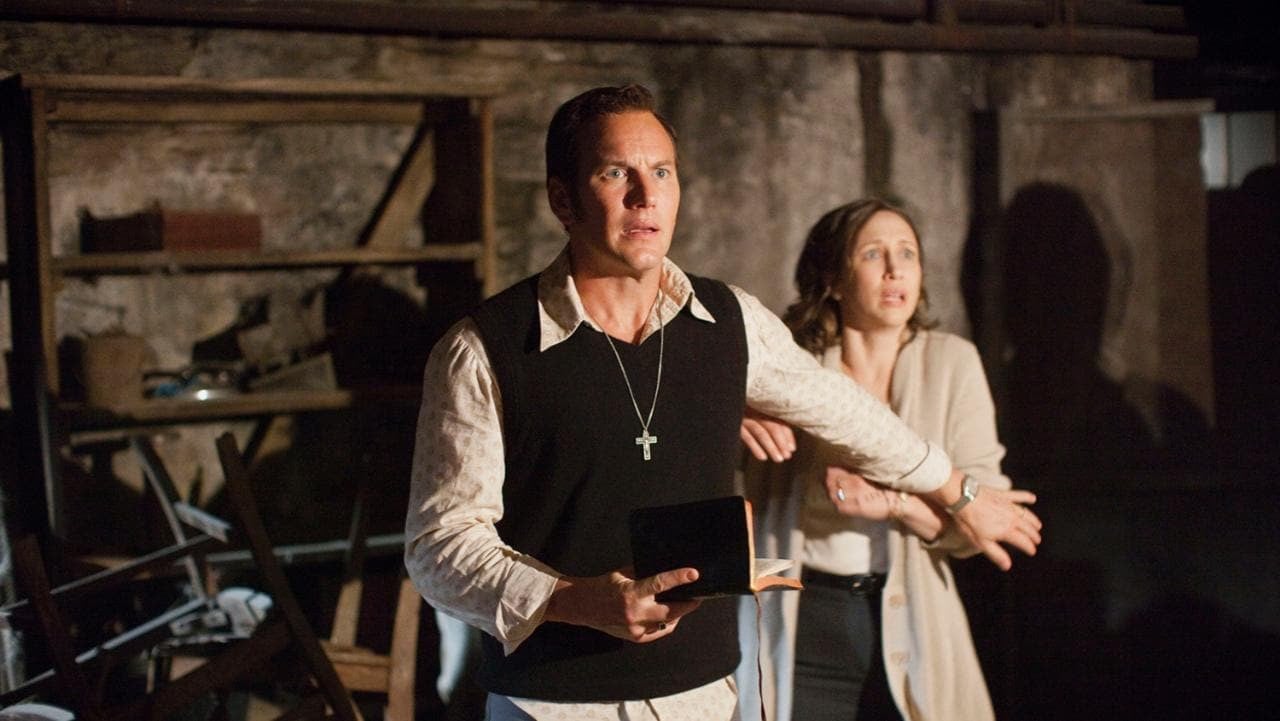 The girls called Lorraine and Ed Warren after one of their fiances died under mysterious circumstances. He insisted the young women burn Annabelle after hearing that it would stand at the door when the nurses came home from their shift. If you’re familiar with Raggedy Ann dolls and how flimsy their legs are, you might, too.

Annabelle wasn’t too keen on being burnt. One afternoon, as the fiance slept on their couch, he had a nightmare that Annabelle strangled him. Creepier, he had choke marks on his neck that matched the doll. Jokingly, he threw Annabelle across the room and yelled she was nothing but a rag doll.

Then, seven slashes ripped his body open. Pictures flew off the wall and a chair rolled across the room on its own. Frightened this time, the young women called the High Episcopal Church in Hartford, who connected them with the Warrens. 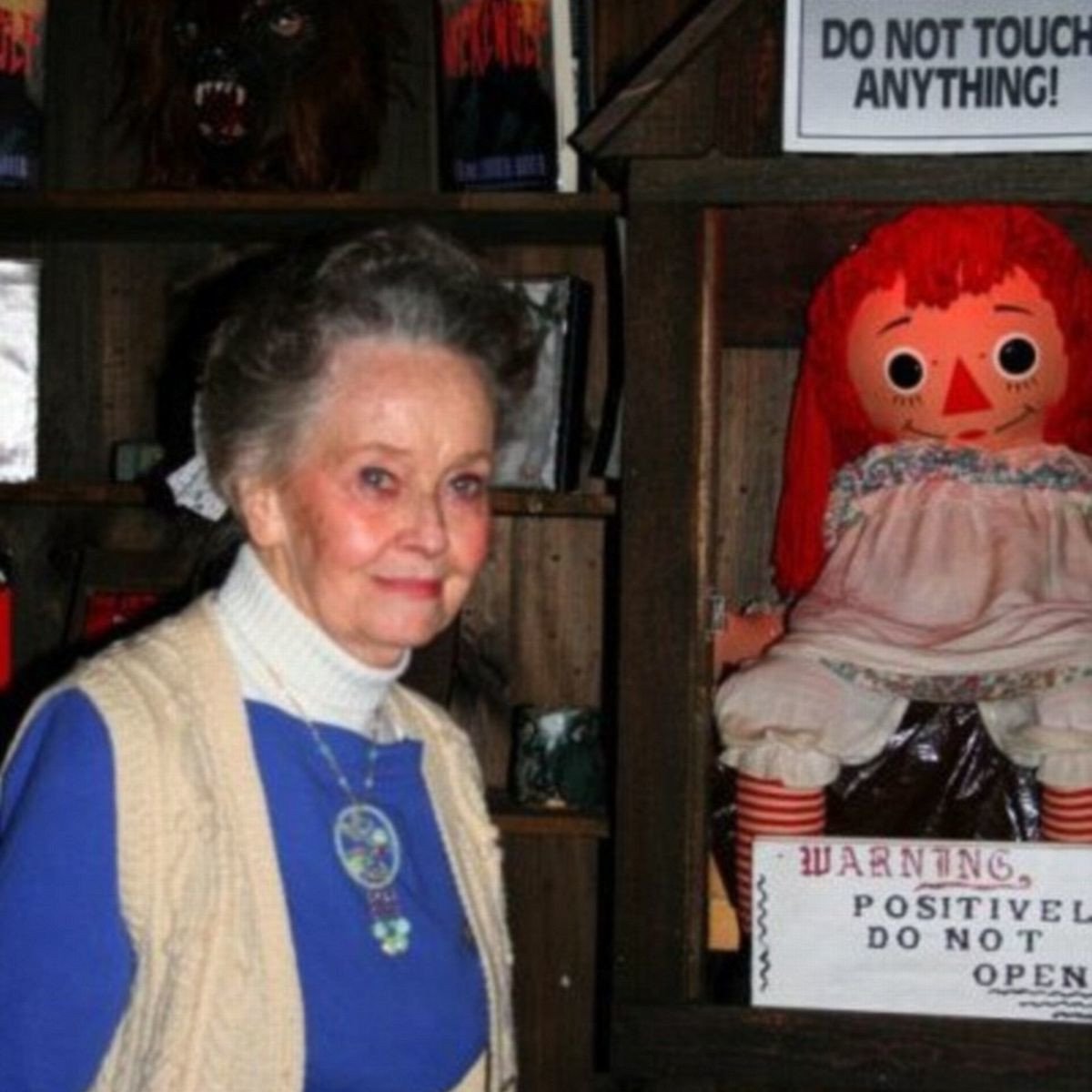 The New England Paranormal Research Center is home to many items believed to be possessed or cursed. Annabelle is one of them. The Warrens keep the demonic items they find on their exorcisms in a blessed location so they can’t haunt anyone else.

Some of Annabelle’s haunted friends include the Perron music box, a haunted suit of armor, and a toy monkey. Like Annabelle, many of these items were featured in The Conjuring films. 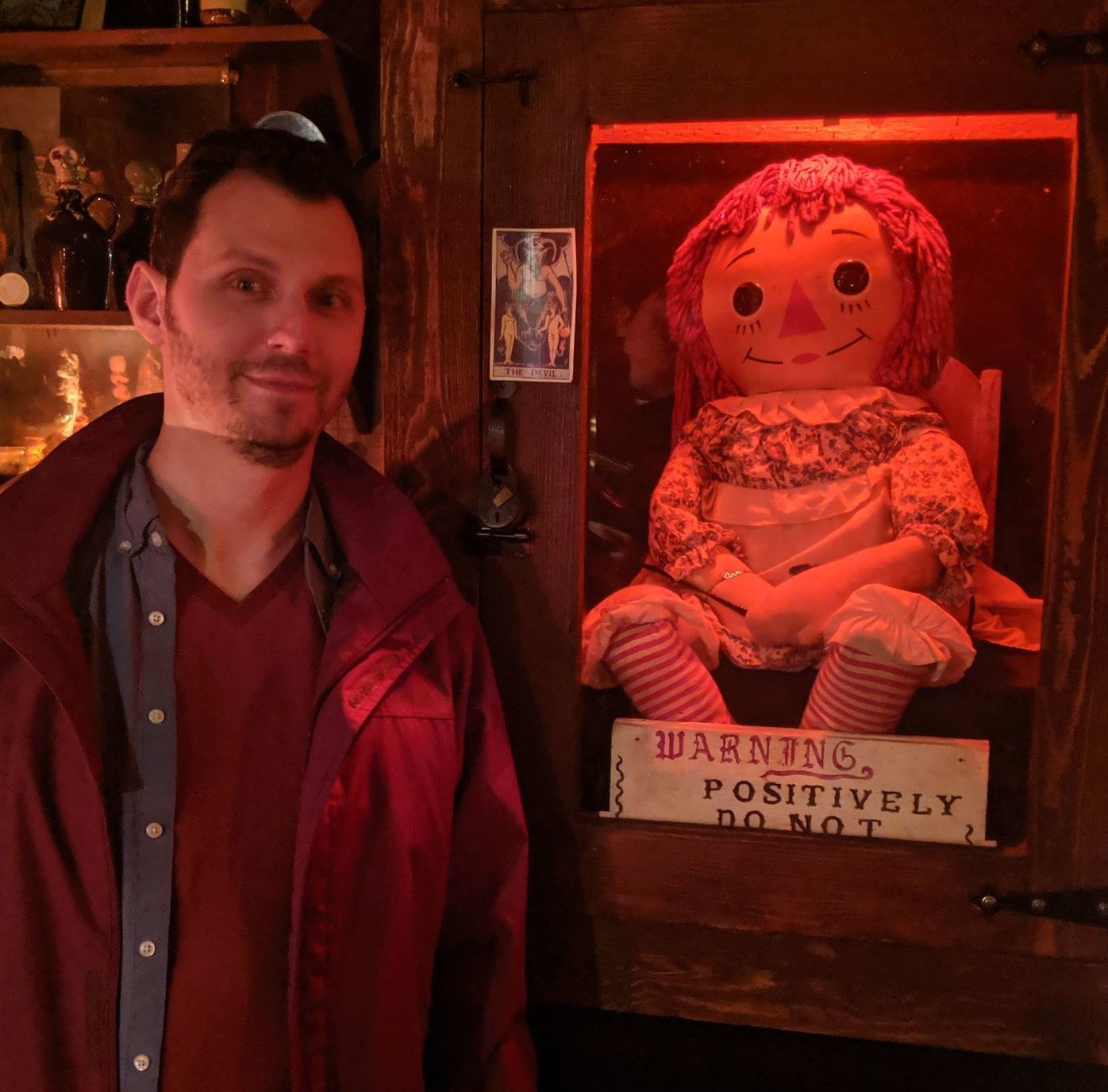 Annabelle rests behind a thick sheet of glass

The reason Annabelle’s room is a thick, Plexi-glassed enclosure is some more shenanigans she got into. After the incident in Hartford, the Warrens let a student of theirs babysit the doll. The student reported Annabelle moving on her own. The Warrens took Annabelle to a medium, who confirmed the doll was possessed.

After Annabelle became responsible for a death, the Warrens decided it was best to lock her up. Granted, the death was from a young man who “challenged” Annabelle, or the demon who possesses her. For safety, they decided to lock Annabelle behind glass with protection trinkets and a big do not touch sign.

And why would the Warrens keep the doll? Apart from protecting others and keeping the doll out of innocent hands, they keep her and their other haunted artifacts as proof that the paranormal exists and it’s dangerous to mess with. Along with Annabelle, they have recordings and eyewitness accounts of the damage she’s done.