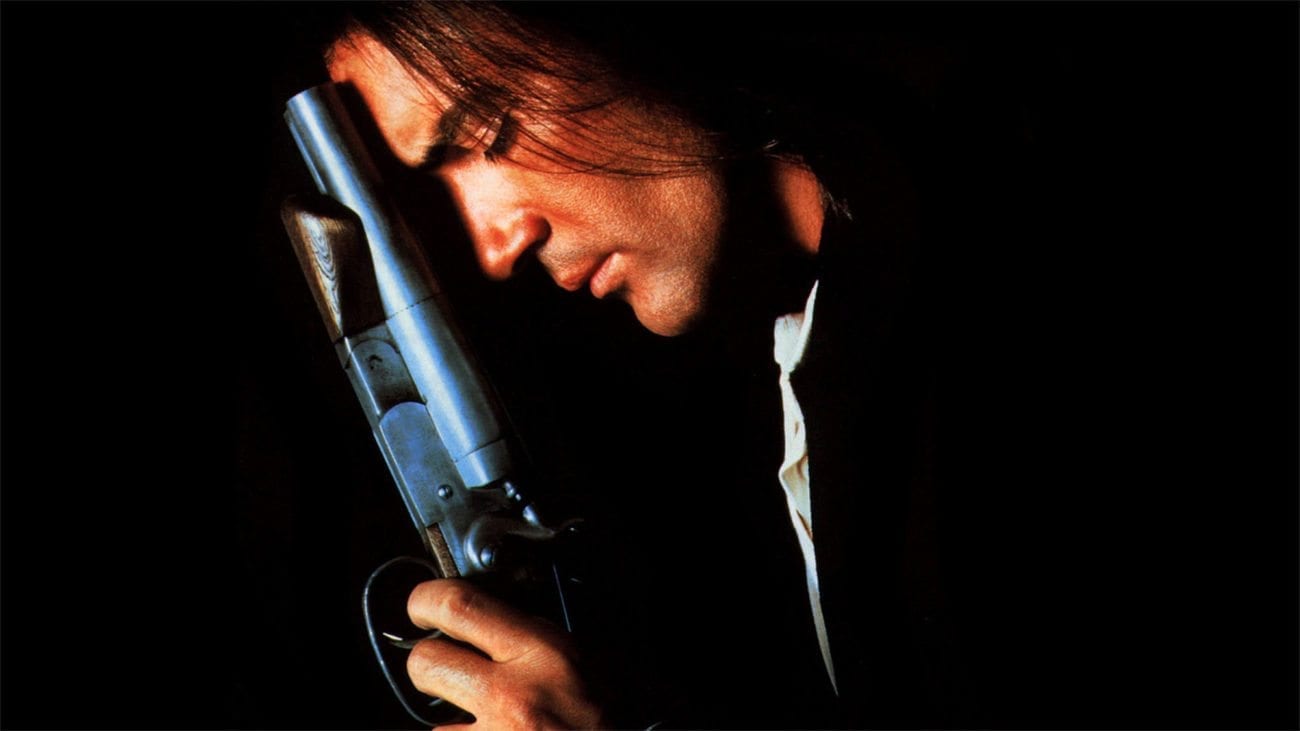 The Mariachi-style master Robert Rodriguez discussed his latest project at CinemaCon last year, the aesthetically distinguished Alita: Battle Angel. Based on the manga series by Yukito Kishiro, the film is a far stretch from his previous work, incorporating cutting-edge visuals and delving into a genre he has not yet explored in his eclectic filmmaking career.

Although the project was originally set for James Cameron (before he saw success with the blockbuster hit Avatar and had to put the project on hold), Rodriguez decided to pick up the feature and craft it into a stunning 3D movie.

Alita: Battle Angel hit theaters earlier this year to very positive audience response. But most of them may not be that familiar with Rodriguez’s very different previous work. Let’s load up our machine guns, sharpen up those machetes, and get this show on the road – here’s a ranking of Rodriguez’s ten most merciless movies.

As the best children’s espionage movie ever made, we thought Spy Kids should get a mention to show Rodriguez is not afraid to go out of his comfort zone. While much of his career has been focused on his famous Mariachi-style filmmaking, in the early 00s he took the leap into the family sector to create the spy adventure comedy franchise. If we were still kids now, we’d definitely choose Rodriguez to direct our films. 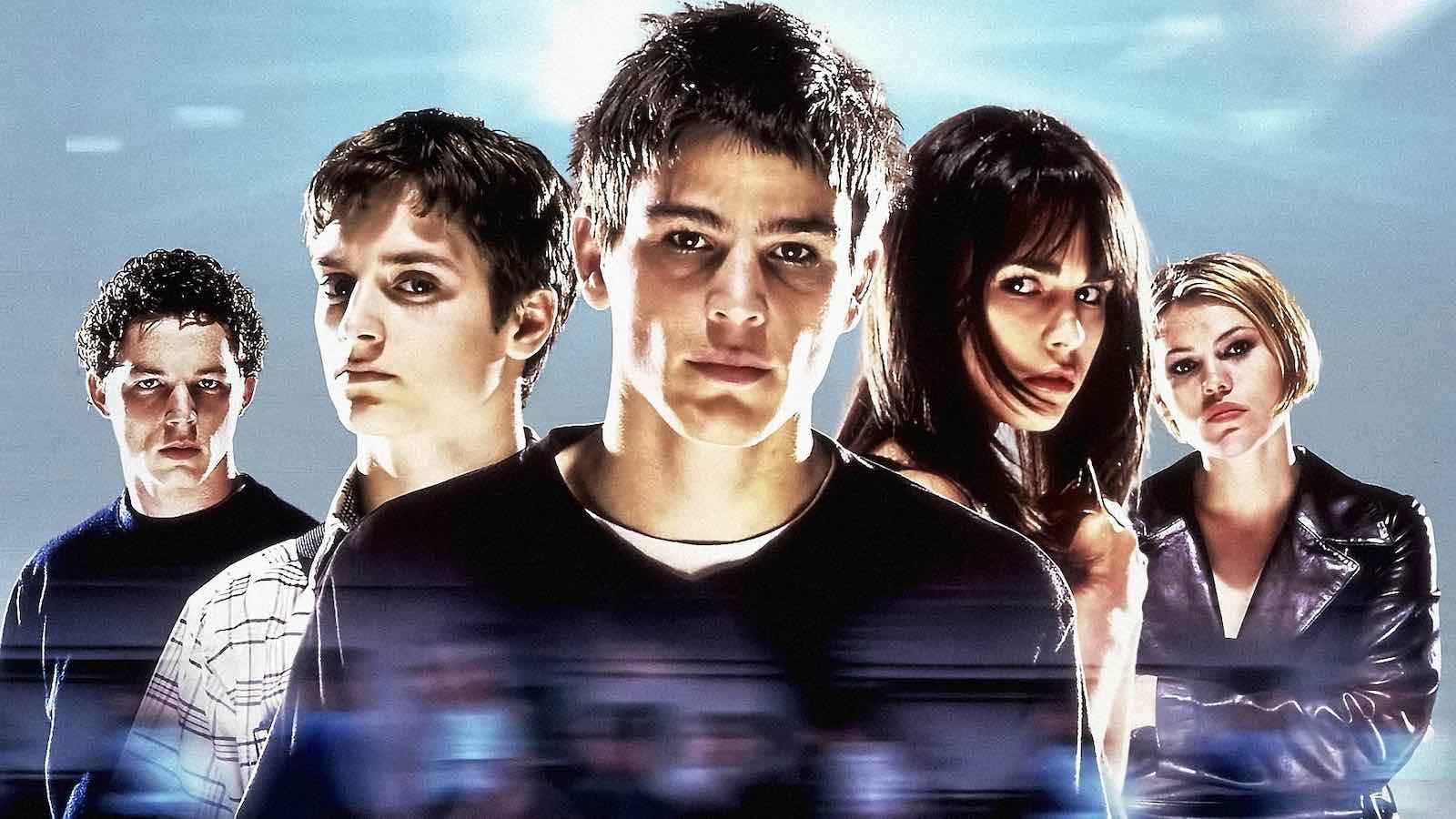 Rodriguez teamed up with Kevin Williamson (Scream) to move away from the films he began with in his career and into the alien invasion, sci-fi genre with a studio script.

Starring Elijah Wood (Wilfred) & Josh Hartnett (Penny Dreadful), the 90s update on the B-movies of the 50s follows a group of students as they battle their teachers who have been infected and taken over by otherworldly parasites. The Faculty is an absolute guilty pleasure and to this day, we’re still too scared to close our eyes in the shower.

In his follow up to the acclaimed El Mariachi, Rodriguez’s TV movie homage to the 50s juvenile delinquent film is a masterclass in entertainment. With the director’s signature hyperbolic violence, a badass soundtrack, and David Arquette (Scream 3) & Salma Hayek (Frida) as the ultra-cool couple Dude + Donna, Roadracers is an absolute gem of a movie. 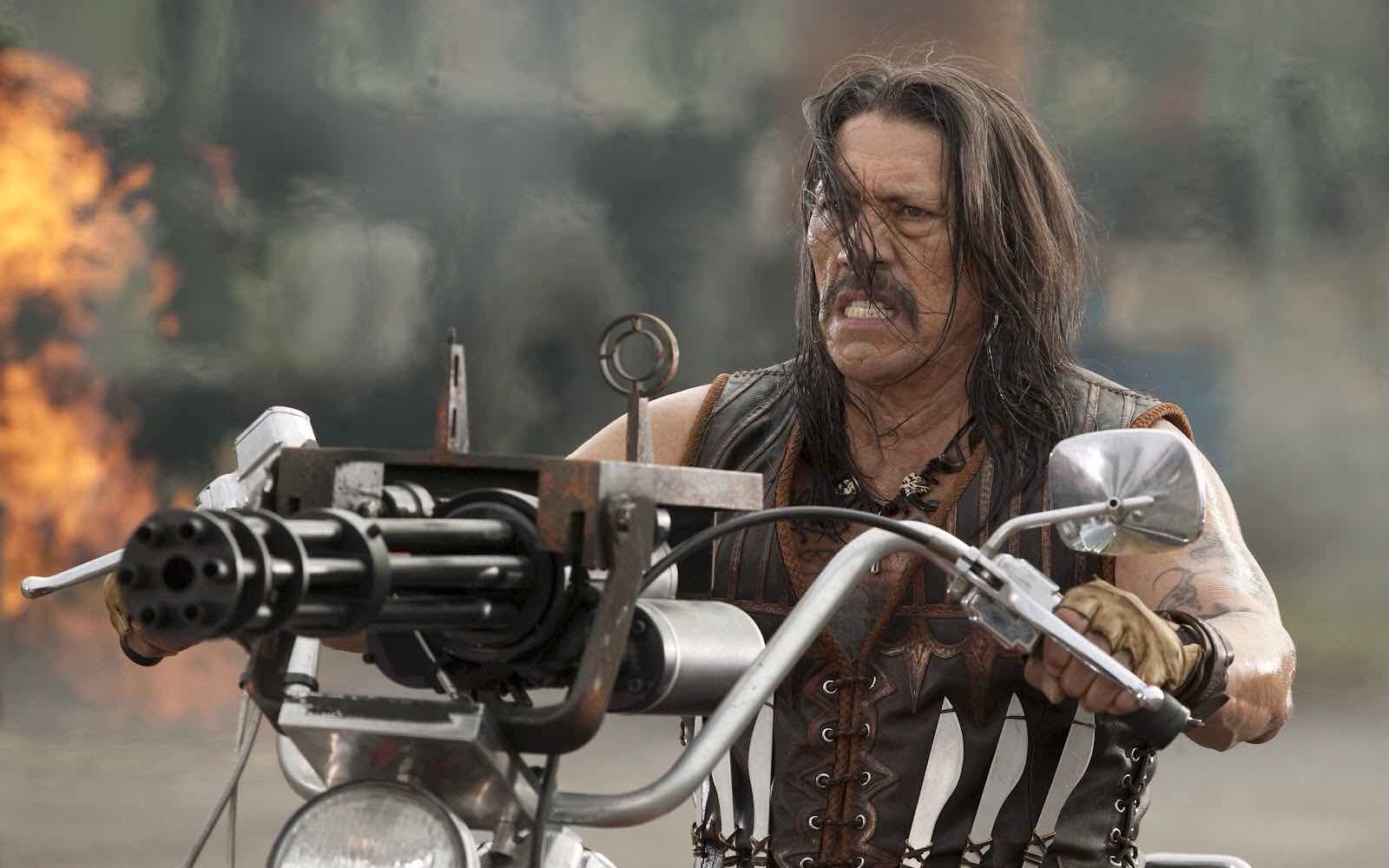 What started out as a fake trailer for Rodriguez’s and Quentin Tarantino’s Grindhouse movie project turned into a successful action exploitation franchise, boasting a sequel and another in development (Machete Kills in Space, baby).

Machete is a good form of escapism and saw the wide-ranging director return to his roots with some excellent trashy fun, centering on Danny Trejo (Predators) – a man with a big machete and a lot of guns who is hellbent on getting revenge on the corrupt former boss who set him up. “They just fucked with the wrong Mexican!”

Rodriguez’s and Tarantino’s homage to the exploitation grindhouse era was an absolute joy, with the former’s contribution Planet Terror turning an ordinary evening in a small Texas town into a grisly nightmare when a horde of flesh-eating zombies takes over.

Planet Terror features everything you could ever want from a grindhouse zombie flick, including a testicle-collecting villain, Tarantino getting staked in the eye, and Rose McGowan (Charmed) with a machine gun leg. “No, the other way!” 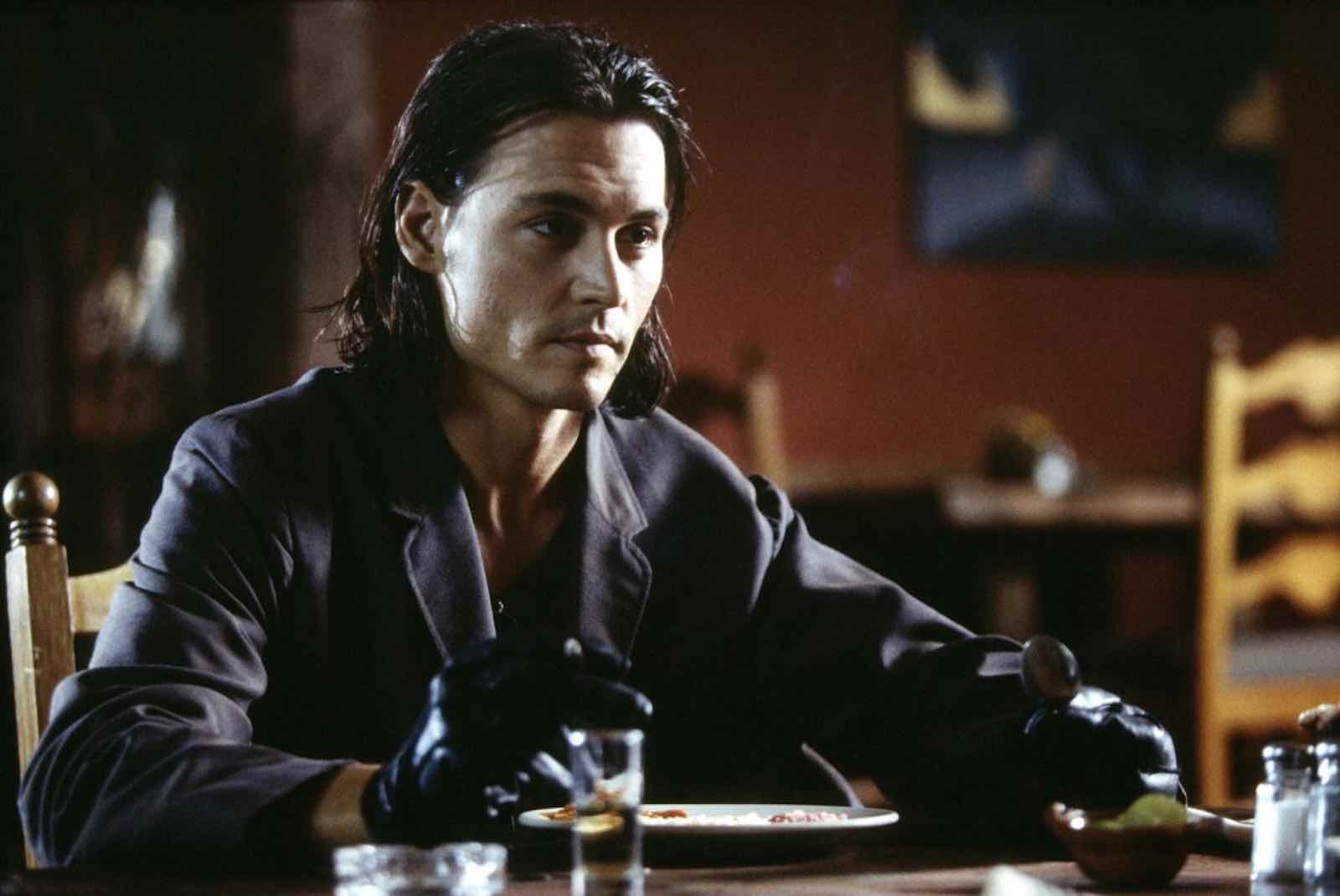 “Just when they thought he was gone for good, El has come out of hiding!” In the third and final film of Rodriguez’s Mexico trilogy, Antonio Banderas (The Mask of Zorro) and Hayek returned to battle a psychotic CIA agent and a corrupt Mexican general in a film that’s crafted with the director’s dazzling visuals, violent storytelling, and a rather surprising performance from Johnny Depp (Sweeney Todd) as a witty villain.

With his follow up to El Mariachi and the second film in his Mexico trilogy, Rodriguez was given the funds to prove his gift for visuals in the 1995 thriller drama Desperado.

The plot-writing might be a little loose here (something which Rodriguez tightened up over the years), but it was great to see what the director could do with a healthier budget and a full cast including Hayek and Banderas as the guitar-strumming, gun-toting hero known only as “El Mariachi”. 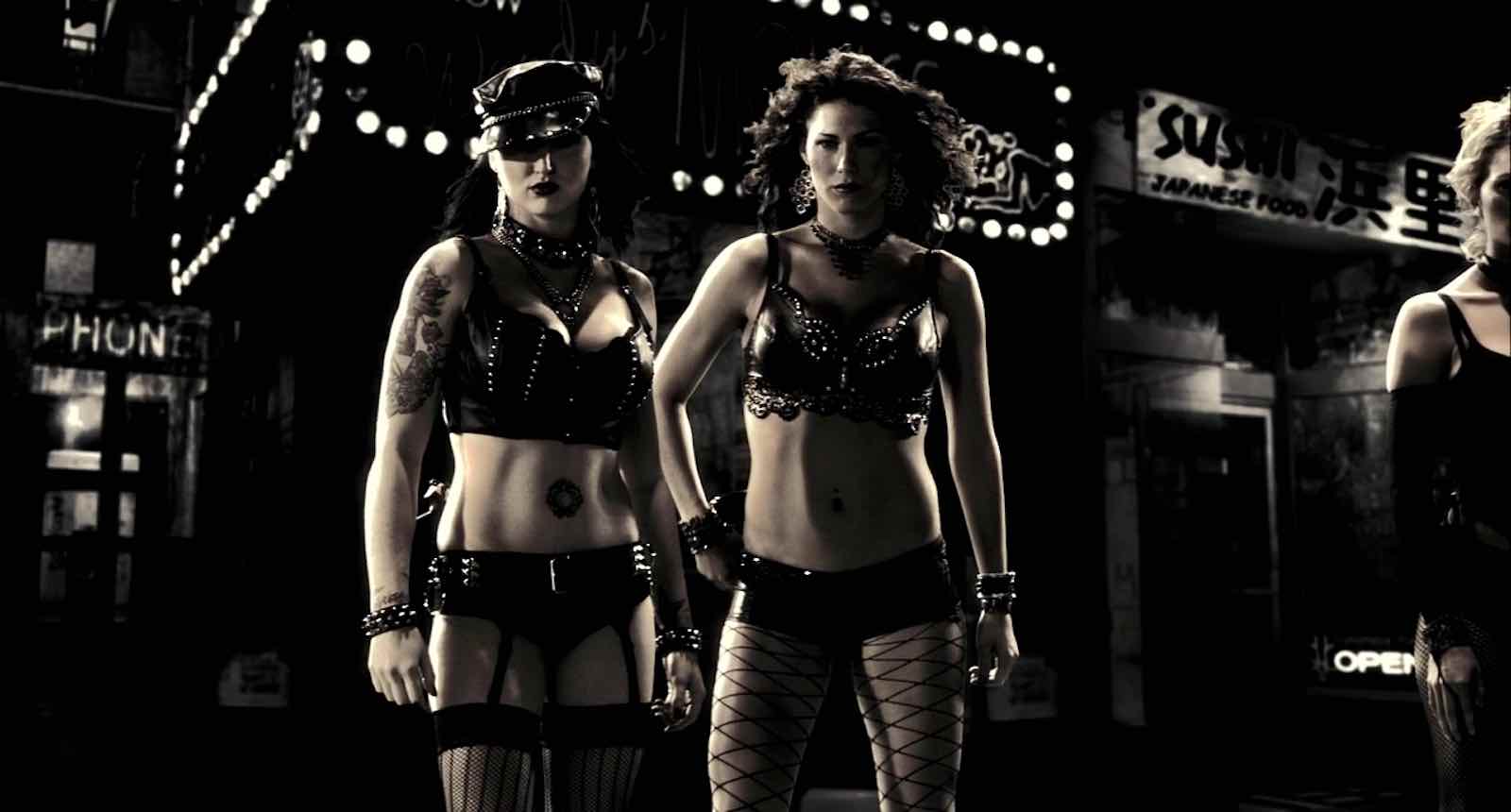 In one of his most courageous filmmaking efforts, Rodriguez’s neo-noir crime anthology film is a worthy big-screen adaptation of Frank Miller’s stylized comic book series. Taking on a packed all-star cast and using CGI to create the tone-setting comic book aesthetic, the director worked in conjunction with Miller to craft the aggressively faithful retelling of the anarchic Basin City.

Starring George Clooney (The Descendants), Harvey Keitel (Bad Lieutenant), Quentin Tarantino (Reservoir Dogs), Juliette Lewis (Natural Born Killers), as well as his regulars Danny Trejo, Cheech Marin (Up in Smoke) and Salma Hayek, this film made in conjunction with Tarantino is by far one of Rodriguez’s punchiest to date.

Featuring Rodriguez’s signature ultra-violent visuals and tributes to the exploitation era, this cult classic is dark and quirky and totally flips the switch midway to break into an action-packed vampire flick. What more could you ask for in a Rodriguez movie?

All factors considered, El Mariachi might not be Rodriguez’s best film. But we think it deserves the #1 spot due to it showing off his skills as a filmmaker and standing as testament to what is possible with determination and visual talent.

Made on a shoestring budget of just $7,000, Rodriguez travelled to Mexico to keep production costs down, cast friends for the same reason, and stood in for writer, art director, costume designer, head of special effects, and just about every other position you could think of.

El Mariachi turned out a flawed but vibrant and entertaining film, blowing audiences away at the 1993 Sundance Film Festival and serving as the foundation of Rodriguez’s successful filmmaking career. 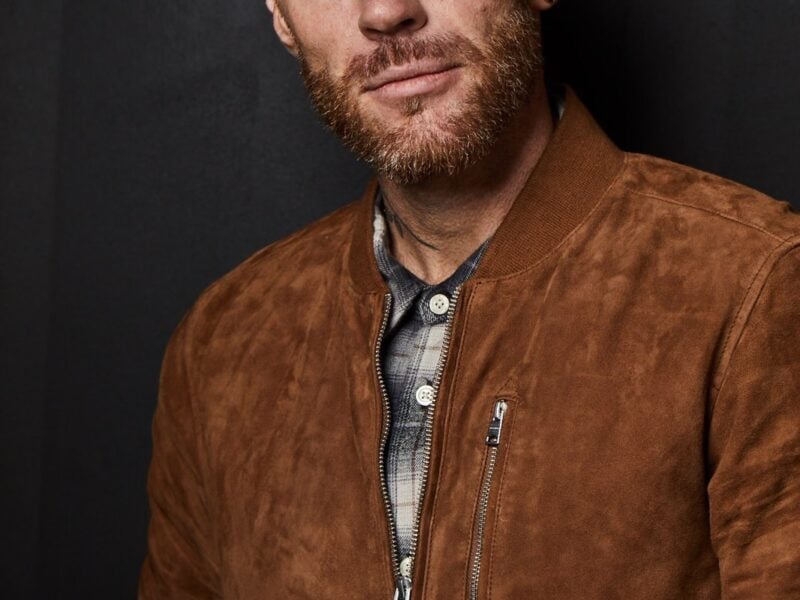