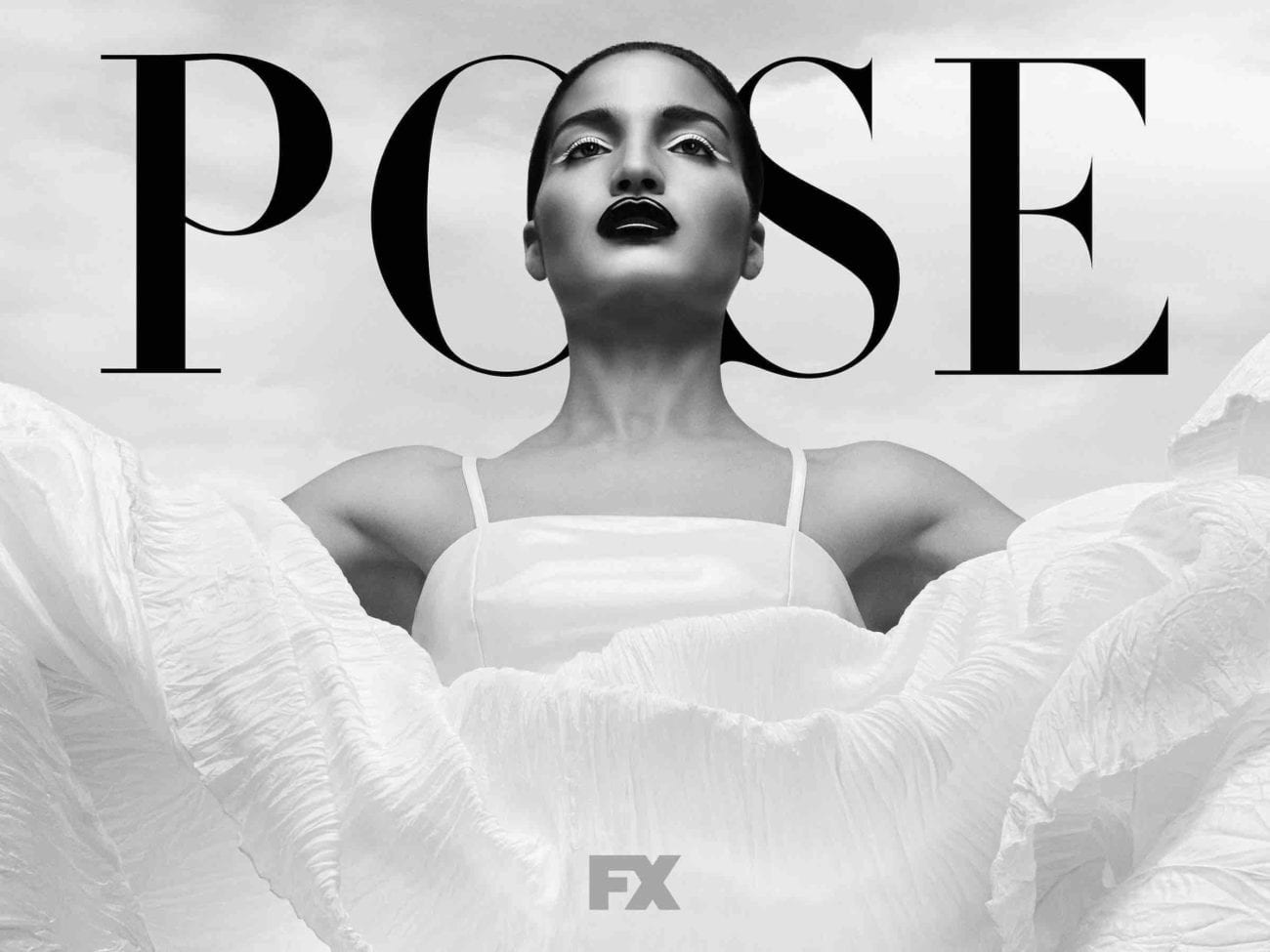 Pose is halfway through its sophomore season on FX, and it’s been a wild ride. From the introduction of Madonna’s “Vogue”, to the ACT UP New York protests, there’s been plenty of personal drama for each dancer. And that’s just the season premiere.

The characters we know and love have dealt with plenty of death, career changes, health issues, and relationship drama. We’ve seen the rise of a new house, fighting for supremacy over the others. The world is changing in the early 90s, and the ballroom scene is too.

FX has released plenty of promos to get you hyped up for the second season: let’s go through what they’ve put out so far. Some are clips from episodes later this season, so be prepared for spoilers.

This behind-the-scenes featurette gives a look into what Madonna’s “Vogue” did for the ballroom scene, and how the show is tackling that in this season. The cast and crew are also interviewed about what voguing and the runway means to them.

We get a tease of what Angel will be going through this season, along with a peek into the beginning of Angel and Lil Papi’s relationship. We hear Angel talk about her personal struggles trying to become a model.

Elektra is her usual self, stating how she is the definition of beauty in this world and how she’ll do whatever it takes to win. But we also hear her talk about how she can’t keep living with Blanca and needs to move out on her own.

Pray Tell is trying to keep a positive attitude through it all. We know he’s got a lot going on, after watching people he loved died of AIDS and he himself getting diagnosed with too. So Pray’s gonna do a lot more to help the community as a way to stay positive.

Blanca’s focused on leaving a lasting legacy through her family. The House of Evangelista has done a lot, and she wants to make sure her message is spread long after she’s gone. She also hopes she gets a little more time to spread it herself.

The House of Ferocity was up and coming last season, and Candy and Lulu are ready to step into the spotlight. They want to win and they know they have the skills in their house to take the crown.

Damon is grateful for everything Blanca has done for him, but he knows his time to be a star is now. He wants more than just ballroom trophies: he wants fame and fortune and to share it all with Ricky!

Going into the 90s, everyone’s got their goal. Blanca wants to maintain her legacy, Angel and Damon are chasing their dreams, and Elektra wants to be back on top. The world around them is changing, and soon enough the world they know is no longer going to be just their own.

The 90s bring both good and bad tidings for House Evangelista. Angel’s lands the gig of her dreams – but is forced to do stuff she isn’t comfortable with. Elektra and Pray Tell go at it over standing up for their community. Blanca’s officially diagnosed with AIDS and now has to make sure her children are okay without her.

If you’re in the House of Evangelista, you go to family dinners. Elektra has a hard time understanding that concept, since she doesn’t see herself as truly part of Evangelista. She works as her own solo unit even while under Blanca’s roof.

Blanca always takes care of her children, including keeping them off the streets. She encourages Angel to enter a modeling competition and gives her the pep talk of the century. When Blanca is gone, we’re definitely going to miss the inspiration she offers her children.

Blanca’s got a plan to make Ricky and Damon see what AIDS is doing to this community, but they’re preoccupied with some relationship drama. On the Elektra side of things, she’s causing drama in House Ferocity and looking to cause a rift in the ballroom overall.

Seeing how much Damon cares about Ricky is amazing yet disappointing. He spent so much time to take care of him and support him, and yet Ricky still cheated on him. Ah, youth.

The discrimination against Blanca when all she wants to open her salon is disgusting. But just like the gay bar situation from season one, she won’t go down without a fight.

We know how this goes, but this teaser definitely had us scared for our girl Candy. She may be the feisty one, but she always made the balls interesting and knew how to get what she wanted.

It took them time to get here, but Angel and Lil Papi finally realized their feelings for each other. They’re easily one of the healthier couples on Pose with their support for each other and deep concern for each other’s needs.

Miss Orlanda was causing us trouble in the previous season with her cheap silicone, but she’s back to help clean up a dead body! It’s a shame that Elektra got stuck in this situation, but desperate times call for desperate measures. Eww!

Candy and Pray Tell have been going at it for a while now. Candy demands to be seen, even in categories she’s not great at. Pray Tell can be snobby at times, but their interaction adds some hilarious drama to the balls.

All we can really say to this is: RIP Miss Candy, Queen of Lip Sync.

It’s time for the ballroom to go mainstream for real as Ricky and Damon audition to tour with Madonna. But this leads to competition between Evangelista and Wintour, and Elektra is getting desperate.