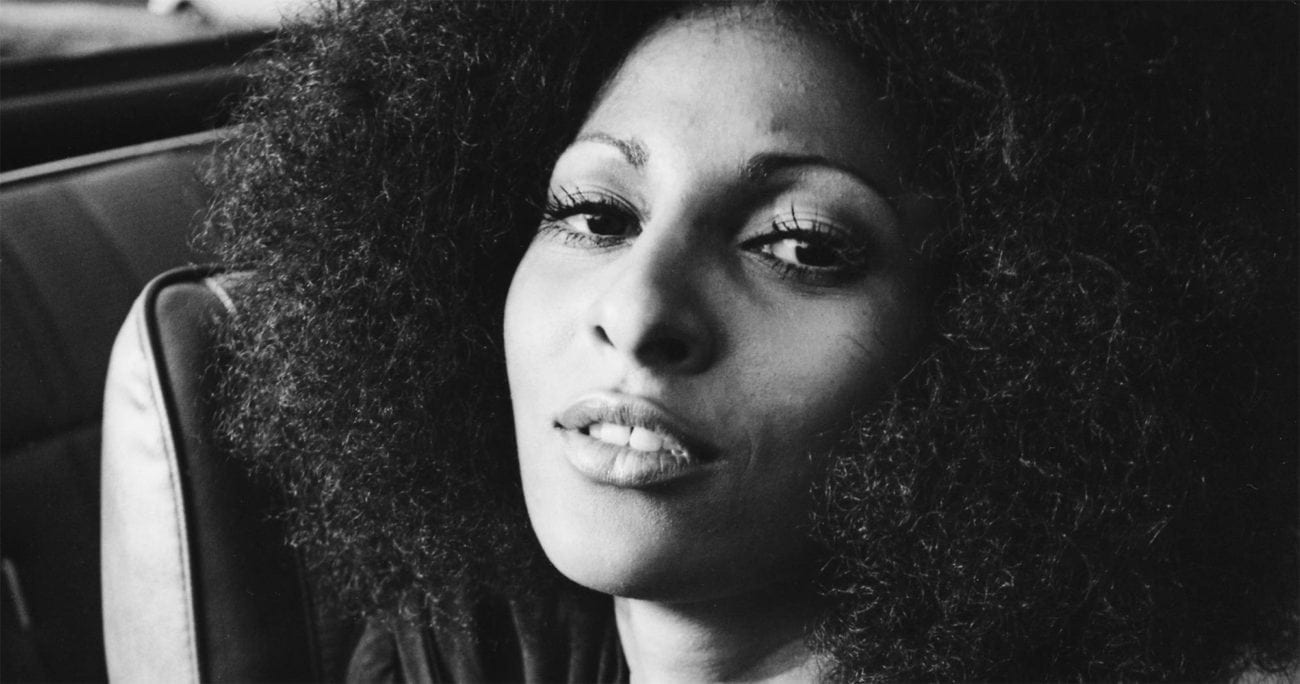 Legendary actor Pam Grier turned 70 this year and if you’ve been paying attention, she’s still kicking just as much ass as she ever did – albeit in slightly different ways than she used to.

On screen, she’s a firebrand action hero using her strength and gutsy advances to demonstrate a literal fight against oppression. Off screen she’s a survivor in every sense of the word – an outspoken champion of LGBTQI rights and a disputant who uses her significant platform to help people and animals. If you need a hero, Grier is still one to believe in. 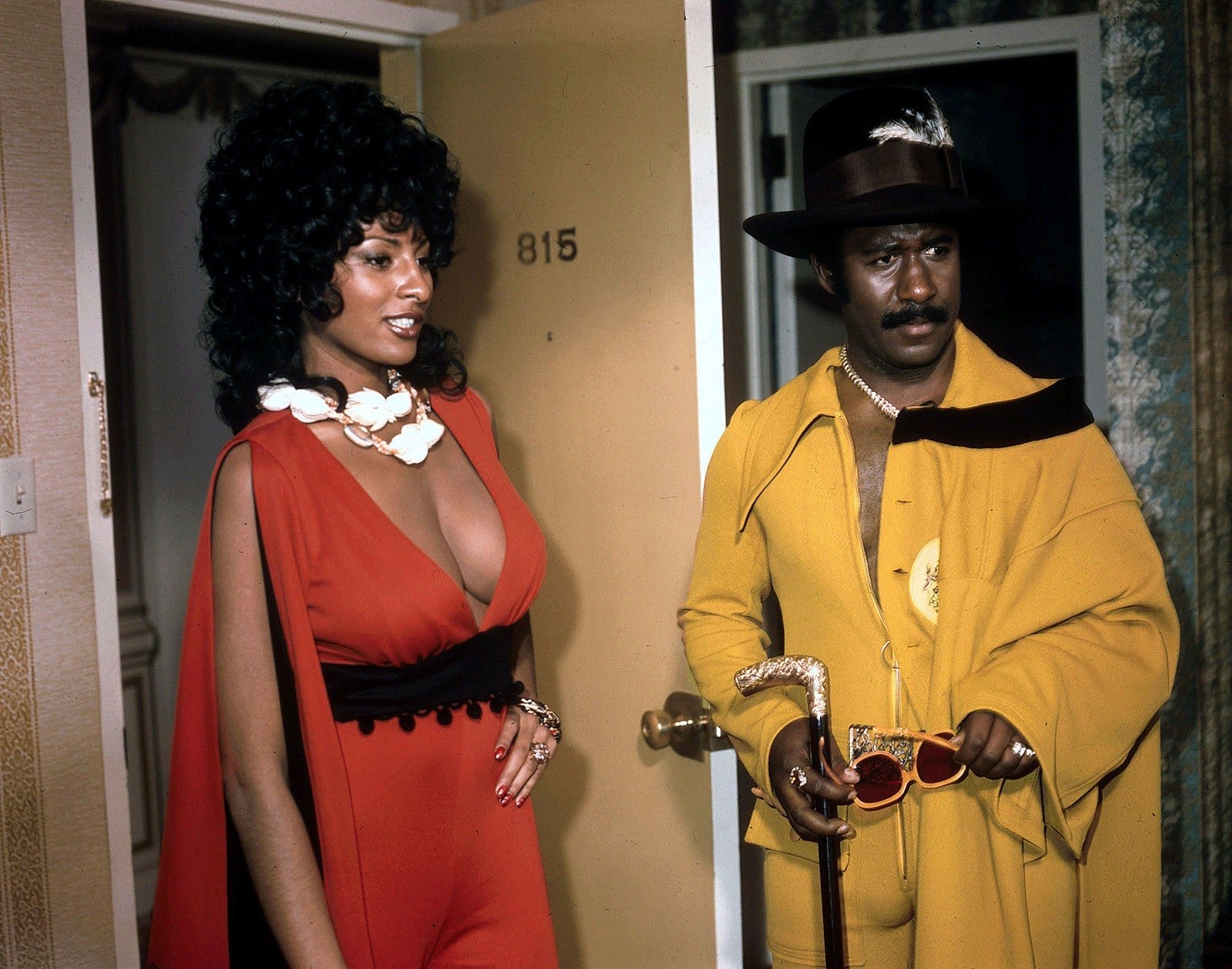 Of course, in the early 70s Grier was the reigning queen of Blaxploitation and the first female action star to have ever kicked some serious ass on screen. In films like Coffy, Friday Foster, and Foxy Brown, the star portrayed three formidable female aggressors who represented a rarely seen mode of empowerment.

In all three films (released in the span of two years), Grier is sexy but in charge of her sexuality, she’s violent but has purpose, and Grier’s performance as the respective lead character in each is full of humanity, emotion, and depth.

As well as lending her power to introduce the first female action hero ever seen on screen – “the Baddest One-Chick Hit-Squad that ever hit town!” as the marketing for Coffy billed her – Grier established herself as a bankable black leading lady who would help pave the way for countless others. 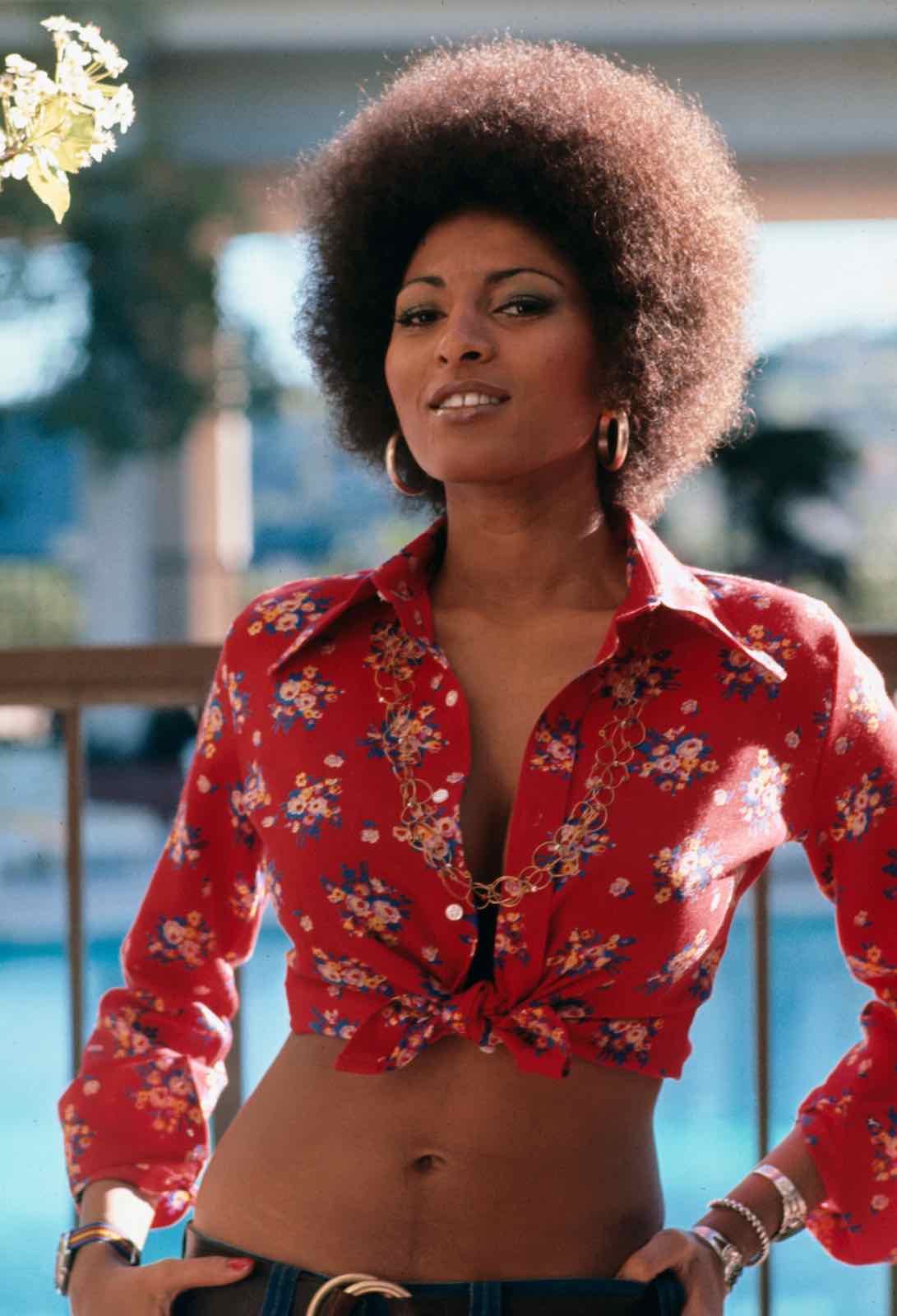 In all of these roles Grier delivered searing statements regarding empowerment, oppression, and the dismantling of corrupt patriarchal hierarchies with the force of her own physical actions.

There may never be another female action hero shown on screen with enough grit to do what Grier did as Foxy Brown in 1974 when the mighty heroine sets her rapist on fire and castrates another of her enemies before delivering his genitals in a pickle jar to his girlfriend. That’s the sort of take-no-bullshit badassery that’s rarely seen on screen from women anymore. 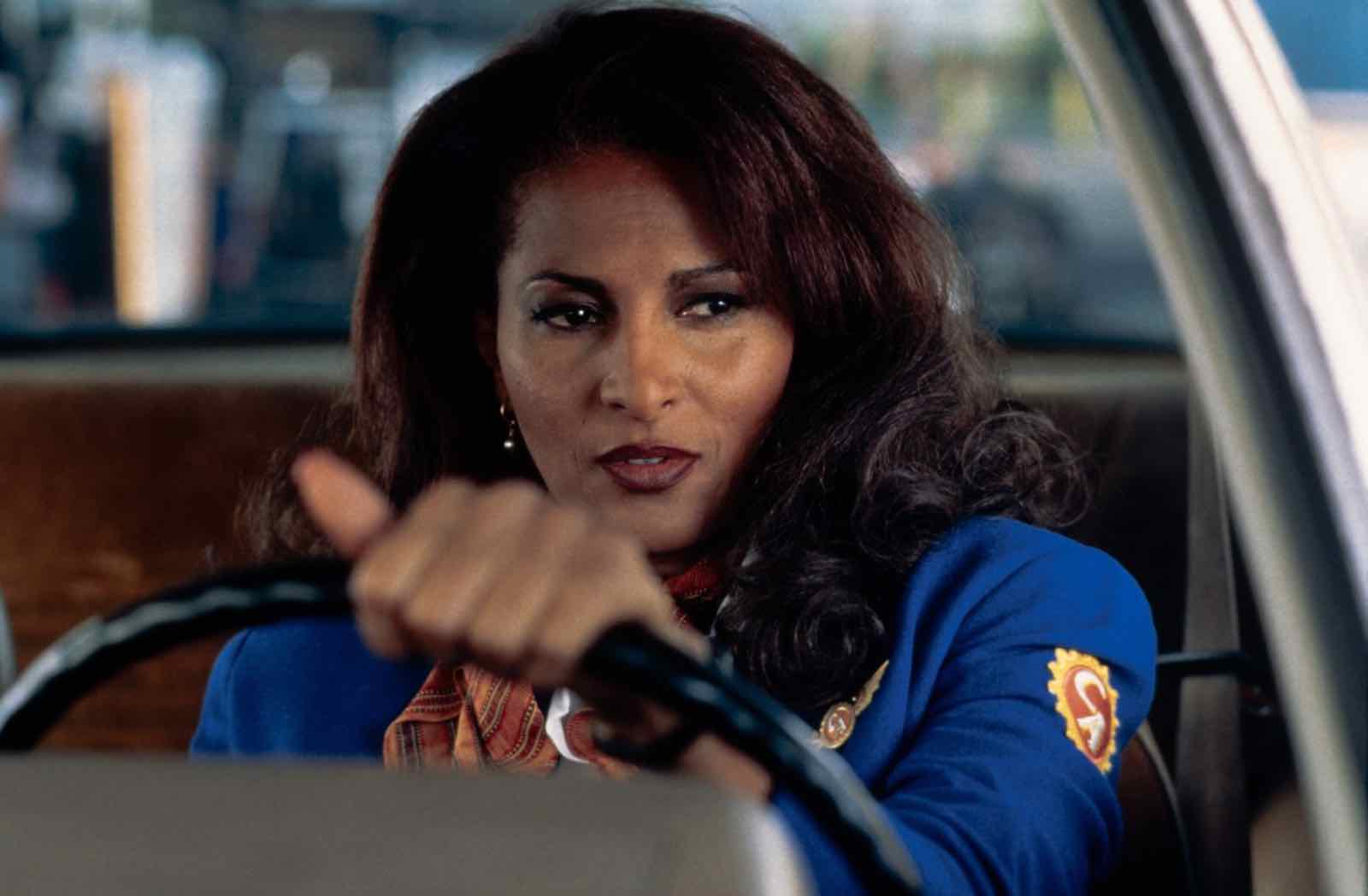 In an interview with The Globe and Mail, Grier divulged her drive stemmed from her early childhood experiences with abuse. “I wanted to learn how to fight back because sometimes I was just thrown down the stairs for entertainment. And I wanted it to stop. It was traumatic. I grew from it and it helped me become less fearful and to be able to have confidence and show women that it’s okay to be a leader.”

She also revealed a third attack on her life that nearly killed her and gave her the resolve to fight back:

This was the ultimate decision that changed me into who I became . . . Because that was the moment where I said, ‘You know what, I don’t give a shit about marriage, I’m so tired of men raping women and getting away with it.’ For several seconds during the attack, I went fucking crazy, all hell broke loose. I was so mad at the world . . . I didn’t think I would survive it, but here I am. 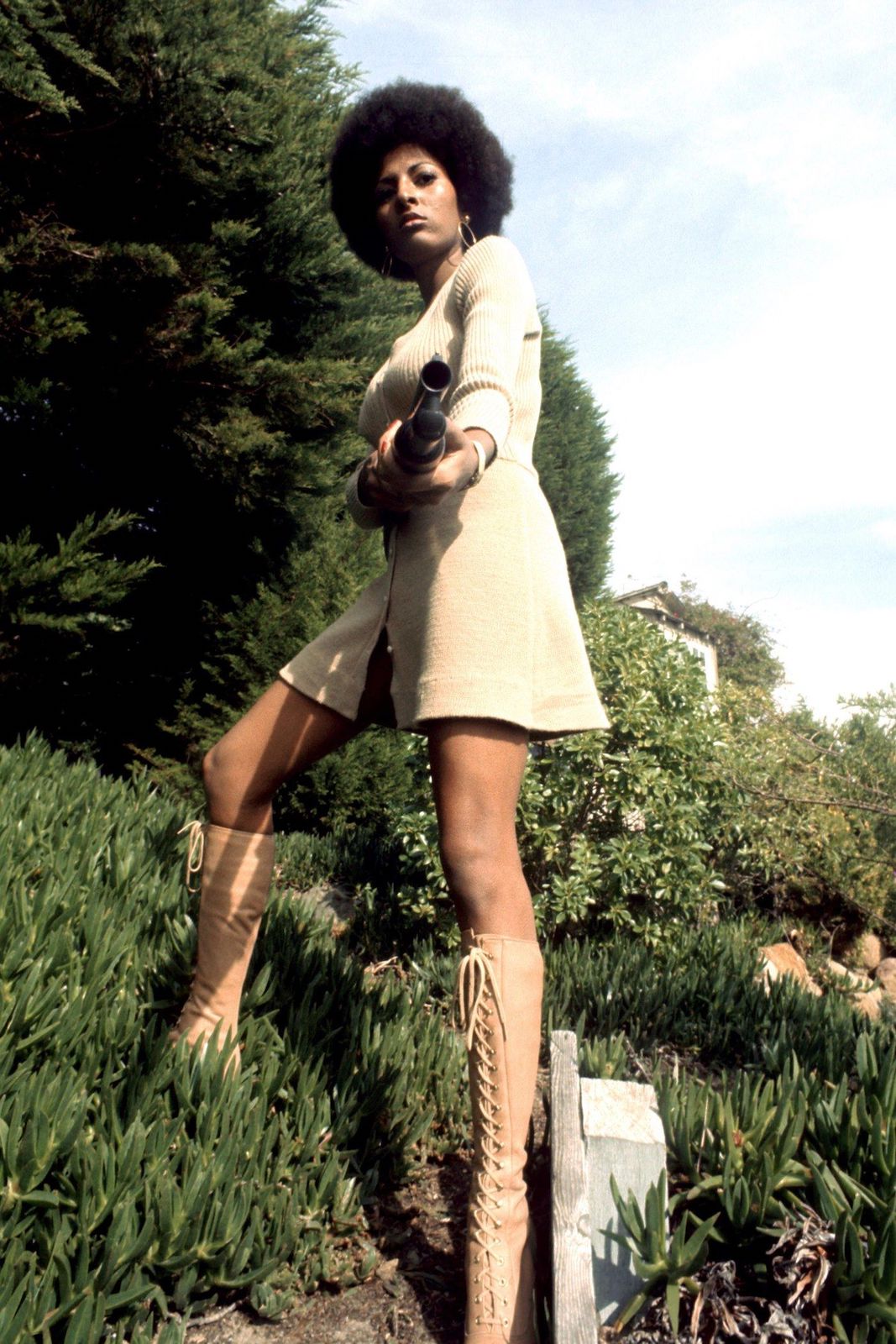 In 1997, Quentin Tarantino (Pulp Fiction) helped to resurrect Grier’s career as a leading mainstream star with Jackie Brown and made the film specifically for her. To this day it remains a landmark movie that offers a rare depiction of a black, middle-aged, and working class woman and one who is ludicrously smart and tough as hell.

However, Grier’s appearance in lesbian drama The L Word offers just as pivotal a performance providing an all-too-rare depiction of a lesbian woman of color. The role acted as a catalyst for Grier who would go on to “act as a bridge between the straight African-American community and the LGBT world” as Pride put it, with the actor taking part in protests, fundraisers, and celebrations of LGBTQI rights. 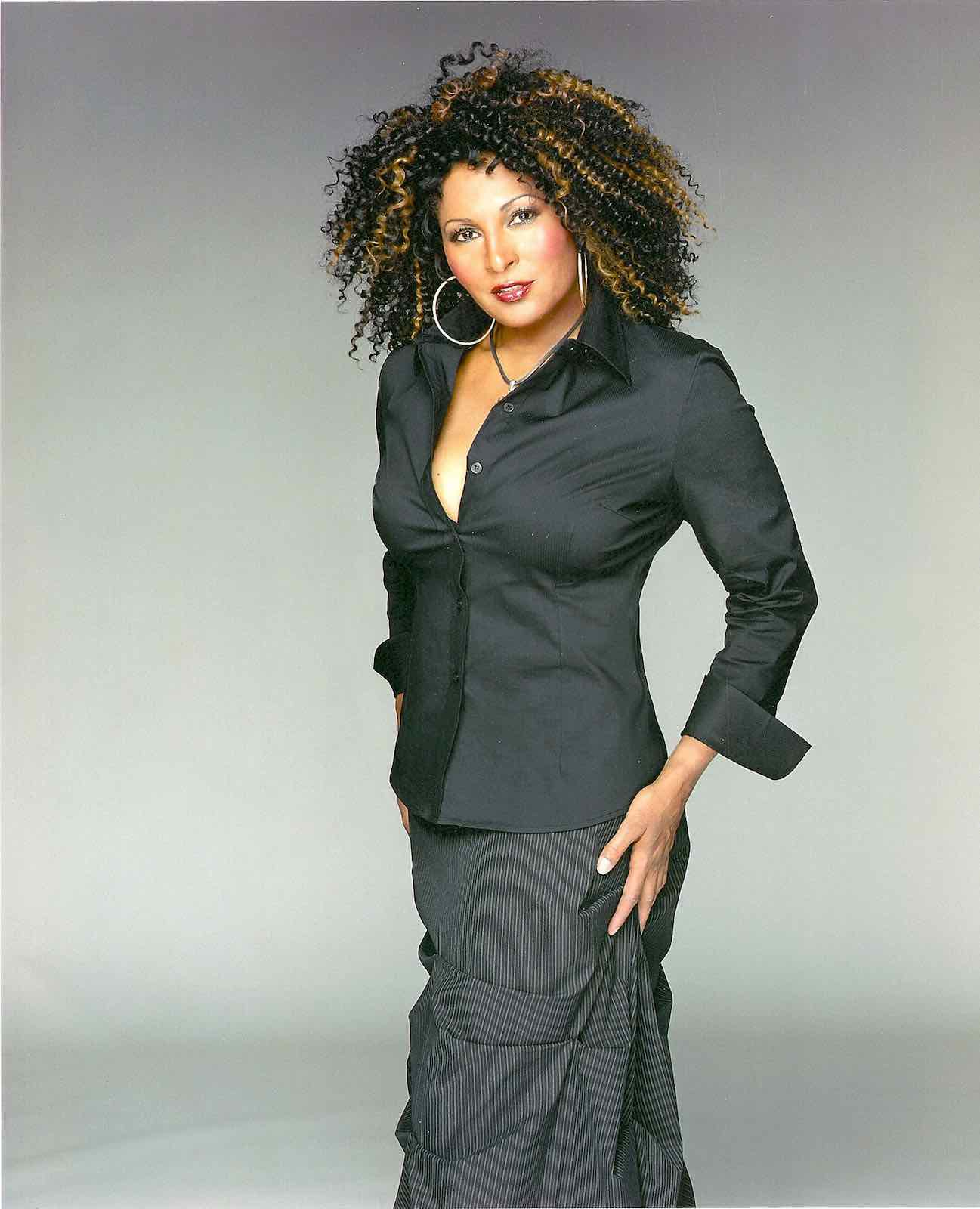 Speaking to Into More, Grier revealed how important her performance in The L Word was to her. “I wanted to put myself in the shoes of women who are gay to see what it would be like, what discriminatory practices they have to suffer from. These are human things. We’re all humans, first and foremost. It helped me because I needed to know what it was like.”

In 2011, Grier was awarded the Entertainment AIDS Alliance Visionary Award for her contributions to the community and also appeared in support of the National Gay and Lesbian Task Force.

Grier is also an ass-kicker for animals

When she’s not on set and being an all-round ass-kicker for humanity, Grier is also known for her tireless work with saving animals. Grier rescues and rehabilitates horses and has also worked with the TAME Foundation (Therapy Animals Mean Equality) – a therapeutic riding program for different-abled children.

Grier also works with Pilots and Paws, an organization that airlifts animals from kill shelters to their fosters and forever homes which makes us want to airlift an endless bouquet of roses to the phenomenal woman. 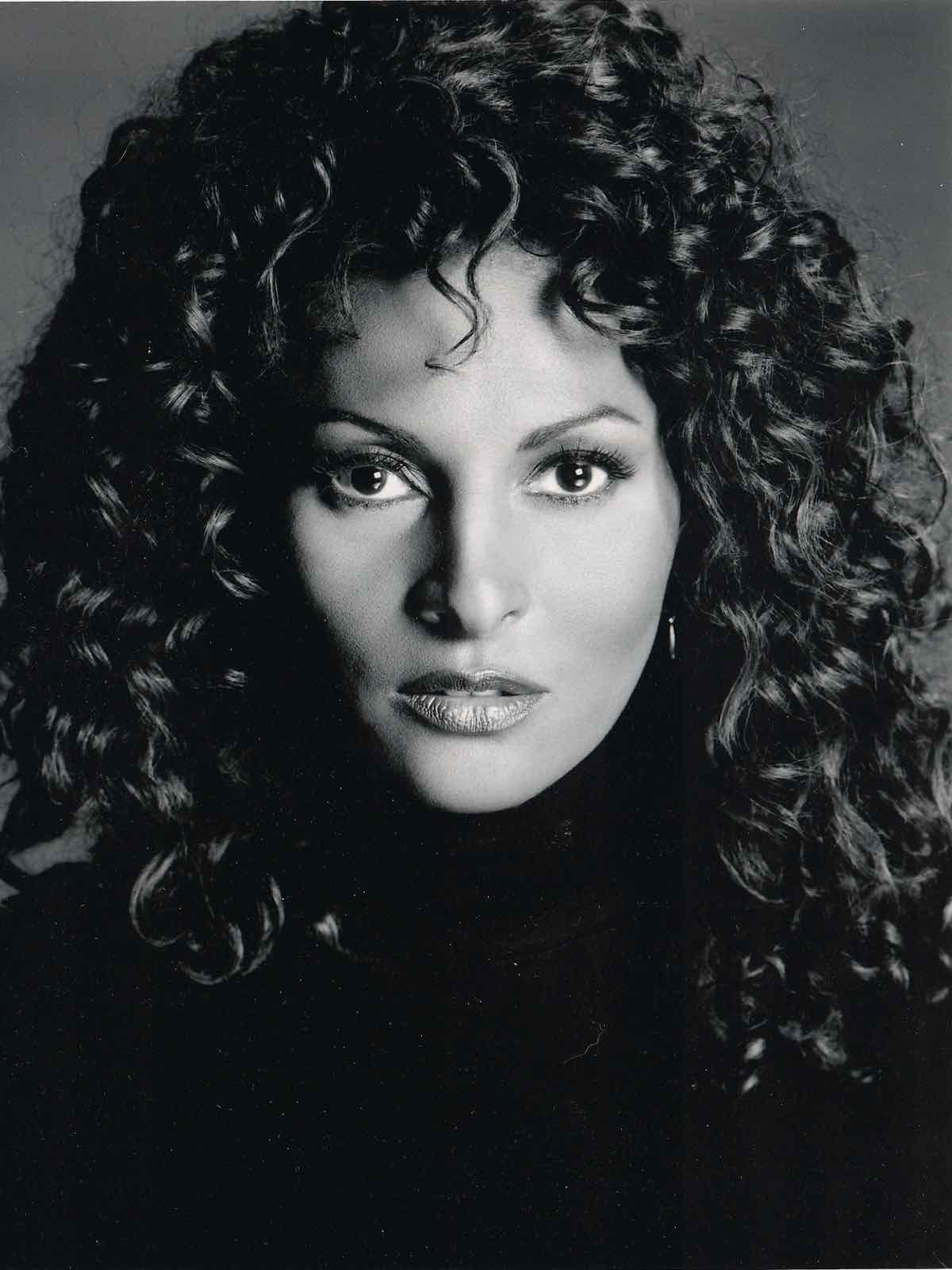 Notoriously, Grier was given only 18 months to live in 1988 after being diagnosed with stage-four cervical cancer but she’s still going strong to this day. Speaking to The Guardian, Grier credited her recovery to a combination eastern and western medicine like “herbs and tinctures,” and drinking hot tea with food “to get rid of toxins” alongside a regime of yoga and chemotherapy.

According to Grier, getting better and staying better is a “lifelong process”, with her recovery “based on the environment – fresh well-water from the ground, fresh air, trees and plants, and wild animals.” We’d also like to think part of her recovery is down to Grier’s evident tenacity, kind heart, and overall badassery. The universe itself is likely a little afraid to fuck with Grier and so it should be – the woman is unstoppable in every possible respect.