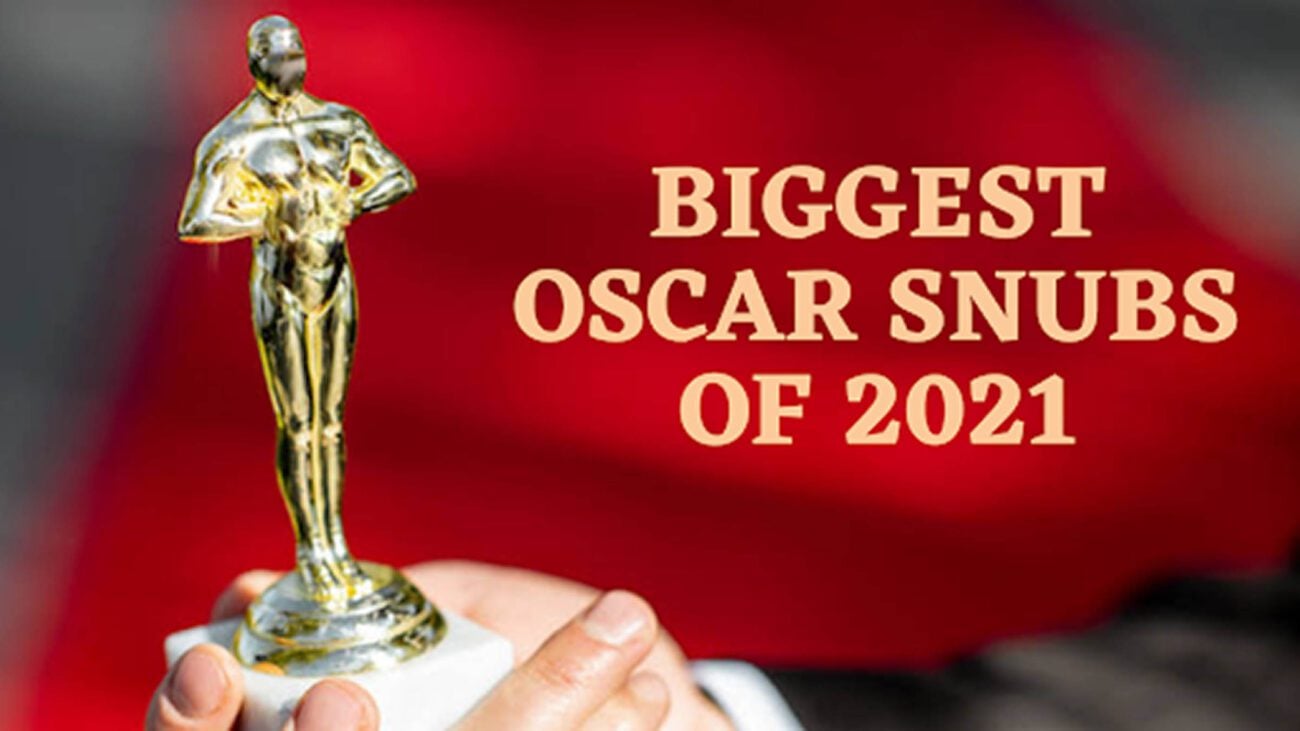 The controversy surrounding diversity might be absent from the Academy Awards this year, thanks to the more inclusive voting body but the questions regarding some snubs or nominees still remain. The closure of movie theatres and postponement of some movies due to the breakout of COVID-19 last year did little to dampen the spirits of the Academy Awards, who went about their usual business. What is clear is this year’s awards will probably not show off some of the greatest films of all time in any category. It was a case of many epic films being postponed. With a host of movies on streaming platforms receiving nominations, which all but ended the scrutiny such movies have always received.

The usual suspects from 2020 till the present; like Mank, Nomadland, The Trial of the Chicago 7, Gary Oldman, and even the late Chadwick Boseman all received Oscars nominations. However, the movies, actors, and directors that were overlooked have our attention as well as some sections of the movie industry. Here are some of the biggest snubs of the 2021 Academy Awards. 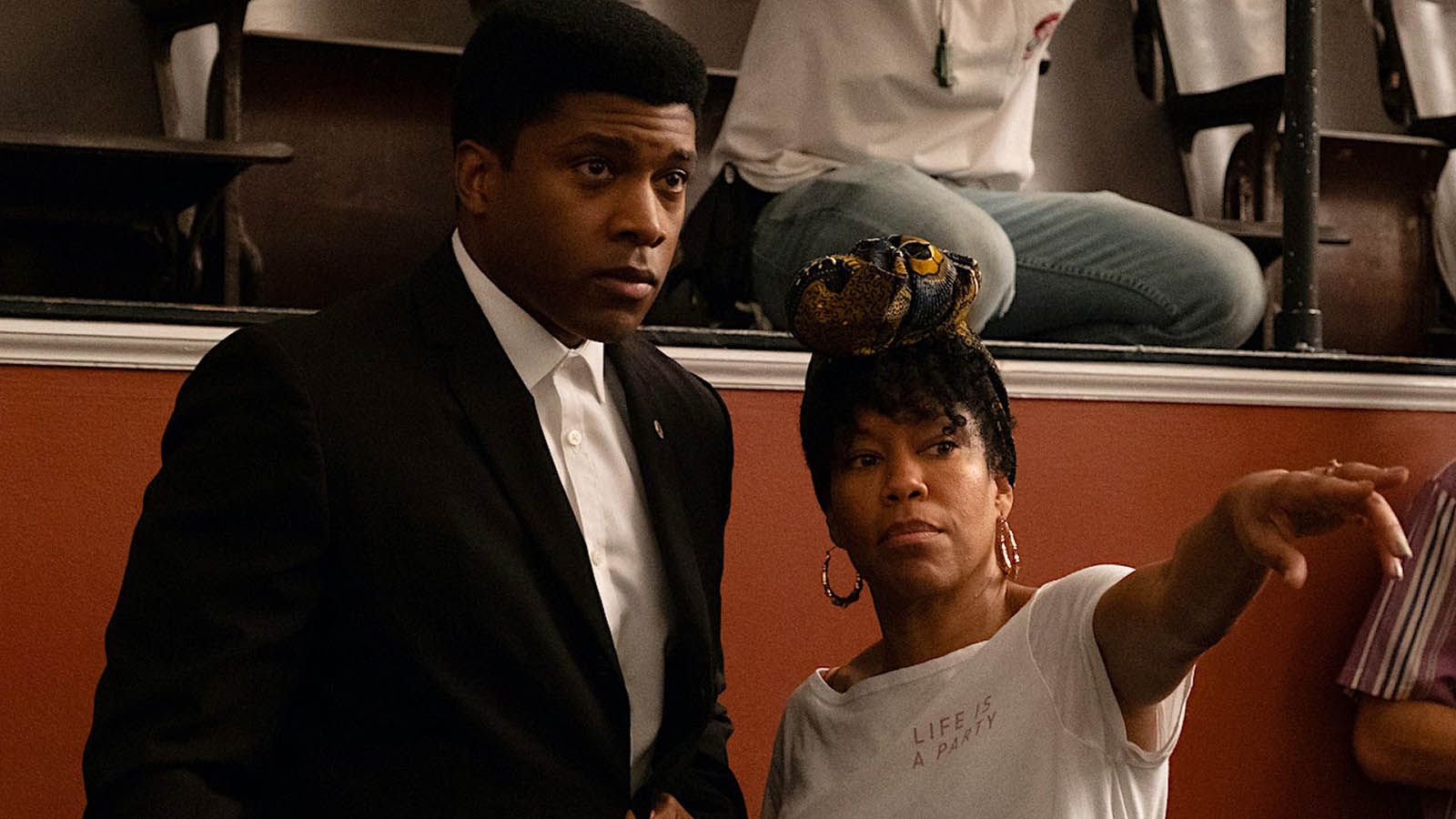 Director – One Night in Miami

For what was her directorial debut, Regina King could have become the first Black woman to be nominated for the “Best Director” award by the Academy. This critically acclaimed American drama tells the story of a fictional meeting between Cassius Clay (Muhammed Ali), Malcolm X, Sam Cooke, and Jim Brown at a Hampton House.

An exceptional actor in her own right Boondocks, If Beale Street Could Talk. Regina King delivers a directorial masterpiece in One Night Miami. The former Academy Award winner received praises from critics for ensuring the movie was dynamic and less stagey, despite it being the adaptation of a play. King might have missed out on a nomination this year, but she can look back on her debut as a Director with so much joy and pride.

Da 5 Bloods might have been nominated for the Best Original Score award in the upcoming Oscars, but it missed out on the major ones (Best Picture, Best Director). It also missed out on a “Best Actor” nomination, leaving Delroy Lindo and critics who praised his performance in the movie surprised. Lindo stars as Paul, a member of a squad of Black US Army Soldiers who return to Vietnam in search of treasures buried during their time in service

Director Spike Lee also got snubbed from the 2021 Oscars nominations, despite critics insisting Da 5 Bloods is one of his best-ever movies, praising the direction and theme of the movie. Da 5 Bloods still holds a 98% rating on Rotten Tomatoes despite being released on Netflix almost a year ago. 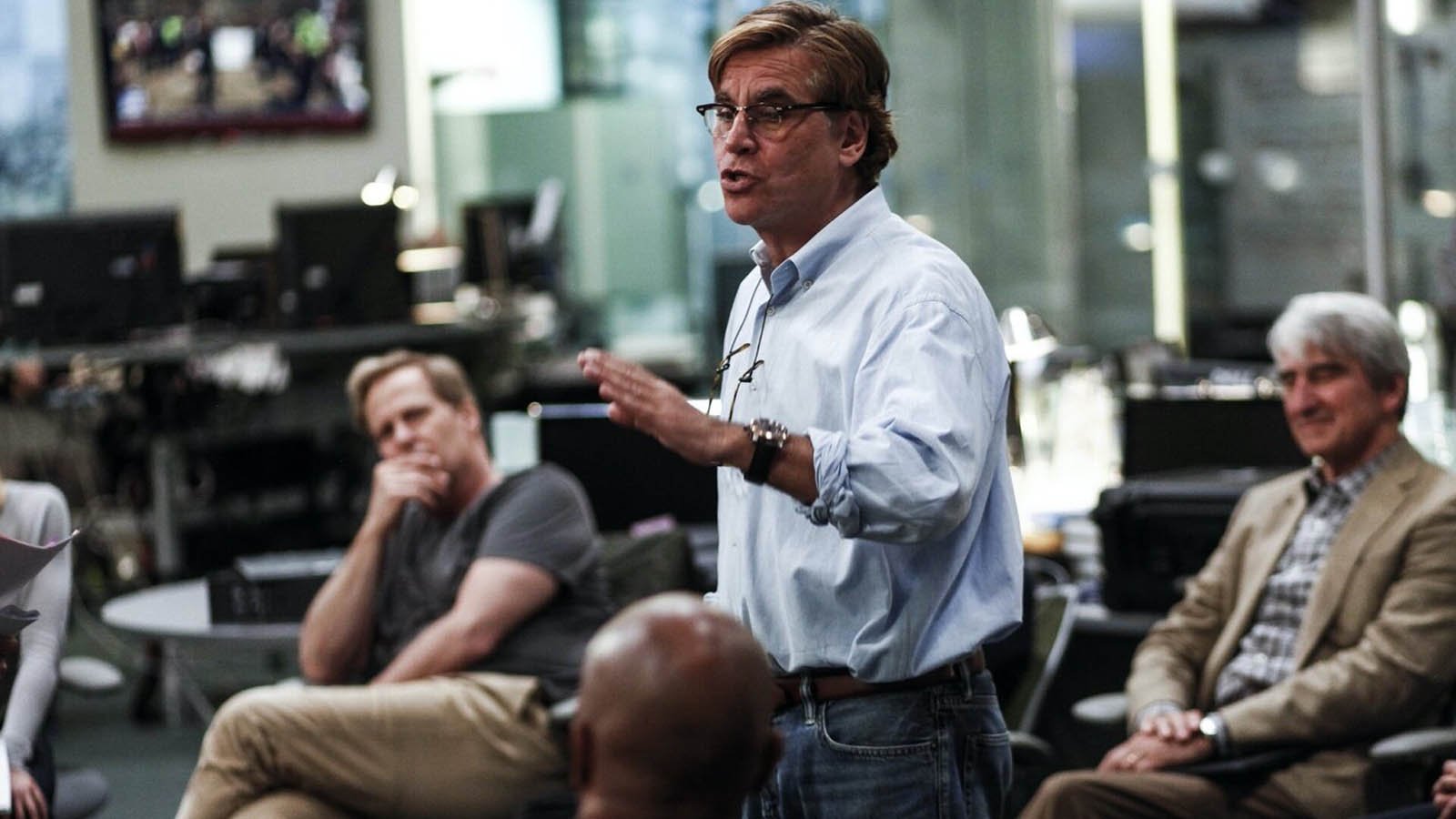 Director – The Trial of the Chicago 7

Aaron Sorkin might have picked up his fourth screenplay nomination in the Academy Awards for the movie The Trial of the Chicago 7, but I’m sure the writer would be disappointed to have been left off the “Best Director” list. The former Oscar winner scripting for the movie The Social Network, delivered an outstanding movie that earned six nominations at this year’s Oscars but was unjustly denied a shot at his first-ever directorial Academy Award.

The Trial of the Chicago 7 is a historical movie that centres around a group of 7 people charged with inciting riots and conspiracy after protesting against the war in Vietnam at the 1968 Democratic National Convention in Chicago. Originally planned for a theatre release before being sold to Netflix, The Trial of the Chicago 7 is nominated for the Best Picture awards at the upcoming Oscars and holds a rating of 89% on Rotten Tomatoes. 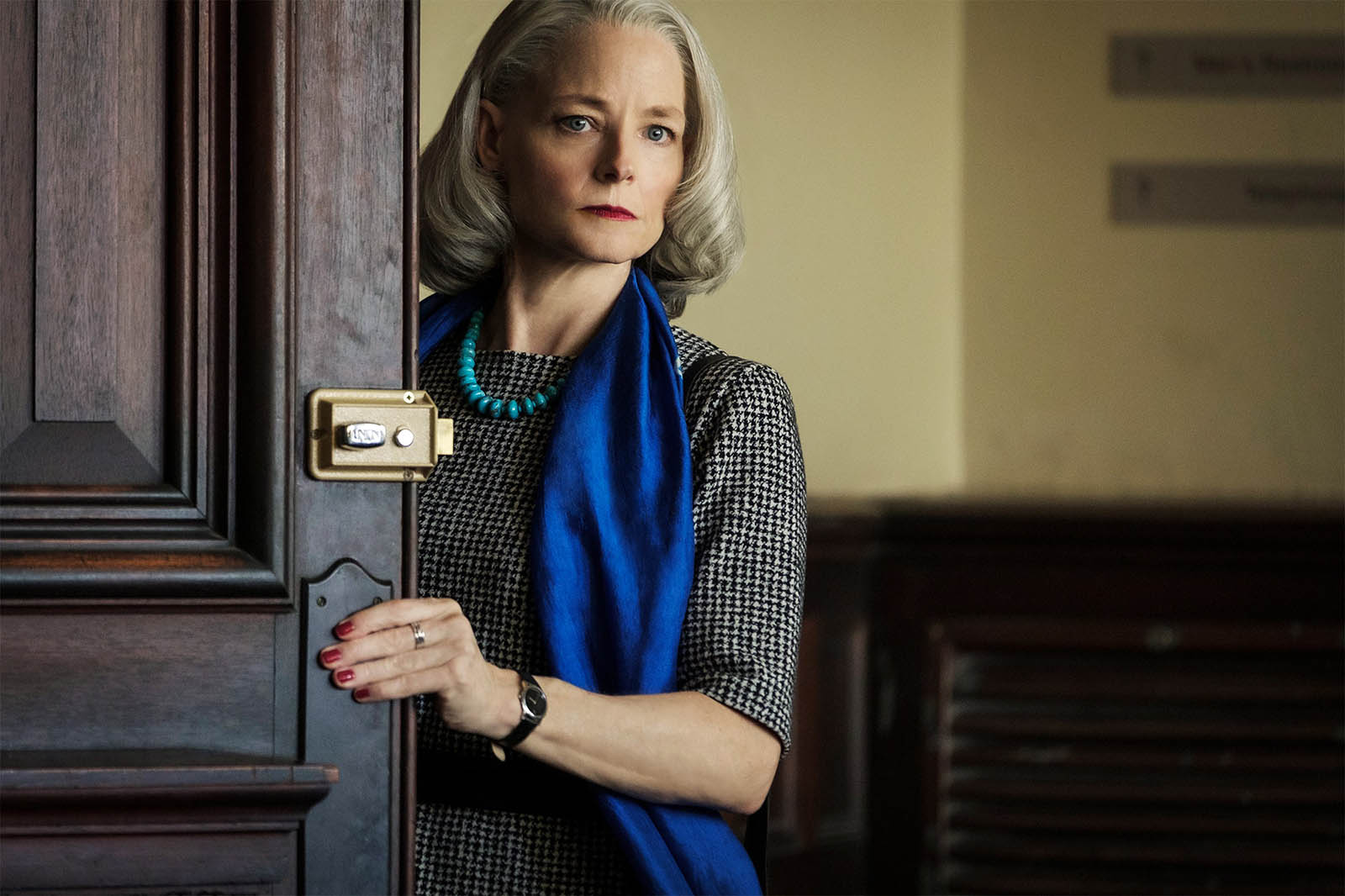 Jodie Foster might have had the award for “Best Supporting Actress” from the just concluded Golden Globe Awards delivered to her doorstep, but that didn’t do enough to convince the Academy Awards’ voting body. The two-time Oscars winner for The Silence of the Lambs, and The Accused received positive reviews for her role as a defence attorney (Nancy Hollander) for Tahar Rahim (Mohamedou Ould Salah’s), a man who has been held in the Guantanamo Bay detention camp for 14 years without a single charge. 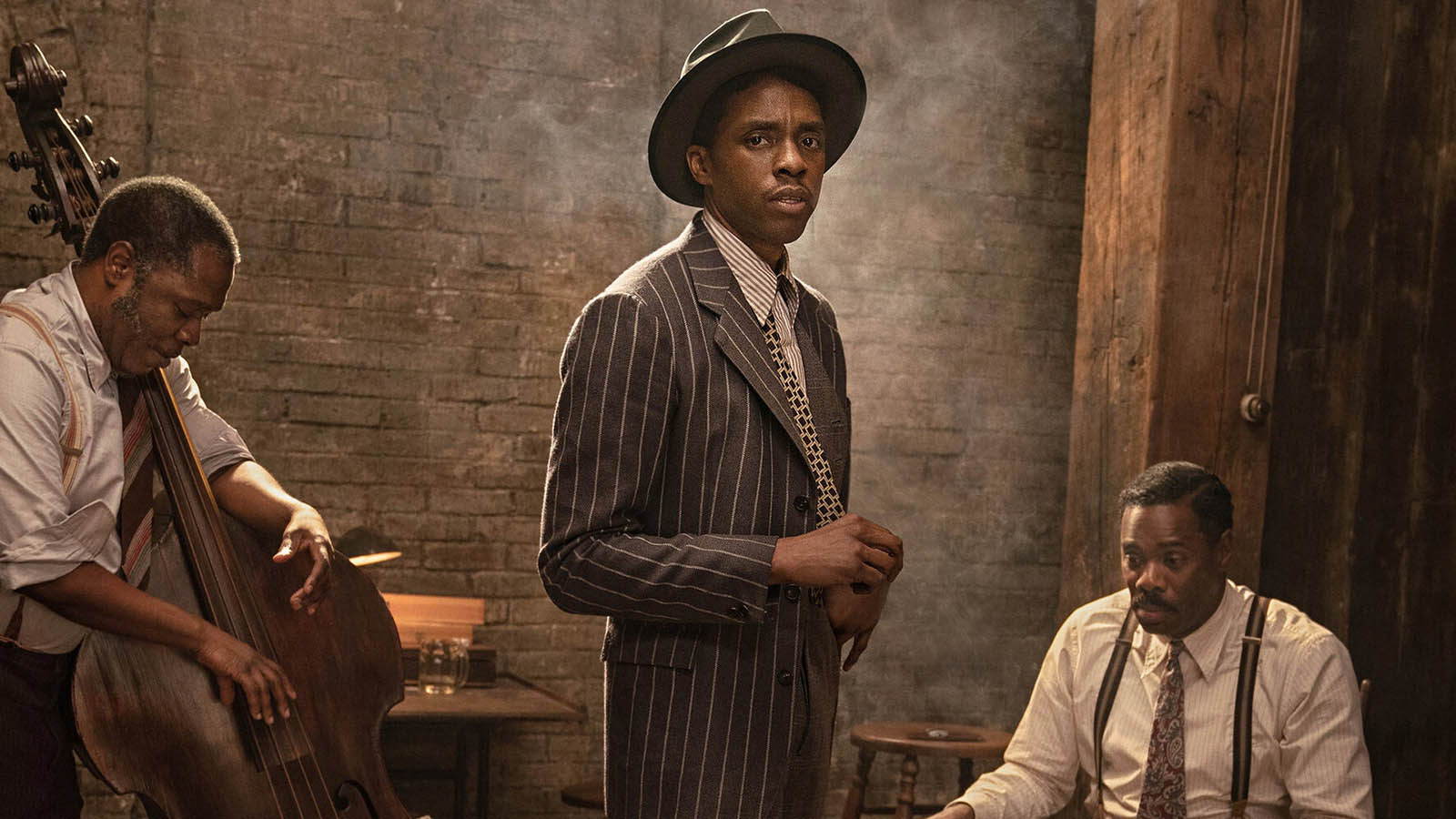 Ma Rainey’s Black Bottom might have been nominated for five Academy Awards, but the decision to exclude it from the nominees of the “Best Picture” award still comes as a shock to most. Produced by Todd Black, Denzel Washington, and Dany Wolf, the movie is an adaptation of the stage play Ma Rainey’s Black Bottom by August Wilson. The story revolves around a talented blues singer, Ma Rainey (Viola Davis), and an overconfident trumpeter (Chadwick Boseman) during a 1920s Chicago unfavorable recording session.