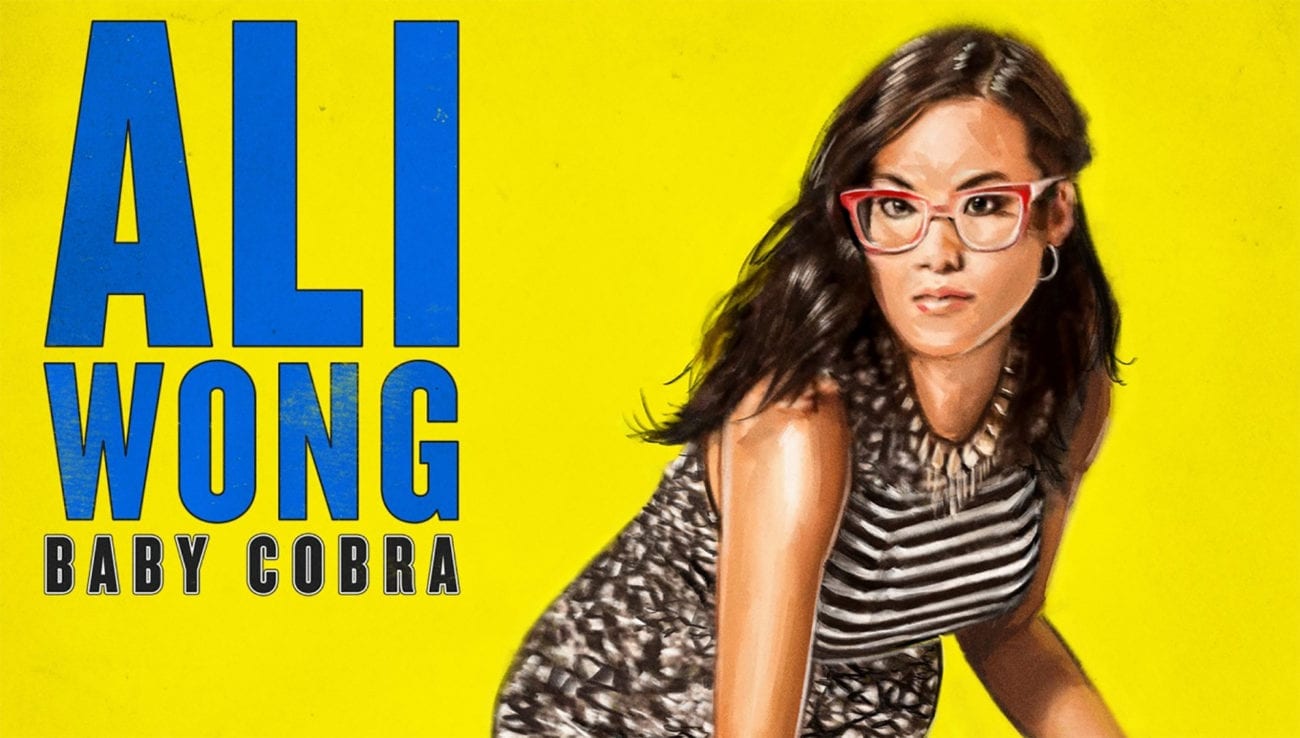 Here’s how Netflix plans on becoming the home of comedy

In recent years, we’ve seen a rigorous expansion of standup comedy and one of the reasons for this is thanks to Netflix’s continued investment in its high-profile comedy specials.

In line with this trend, this week the streamer announced plans for an international standup series that will feature 47 comedians from 13 regions all performing their own half-hour segment, and will include such comedy greats as Nicole Byer (Bob’s Burgers) and Chris D’Elia (Little Evil).

According to The Hollywood Reporter, the yet-to-be-titled series will be recorded, in part, at the upcoming Just for Laughs Festival in Montreal in July, “with sets also being taped in Brazil, Mexico, India, Germany, and The Netherlands.”

While you wait, let’s take a look at all of the best standup comedy specials on Netflix right now that prove the streaming giant is gunning (and is well on its way) to become the home of comedy. Because as they all say, laughter is the best medicine. 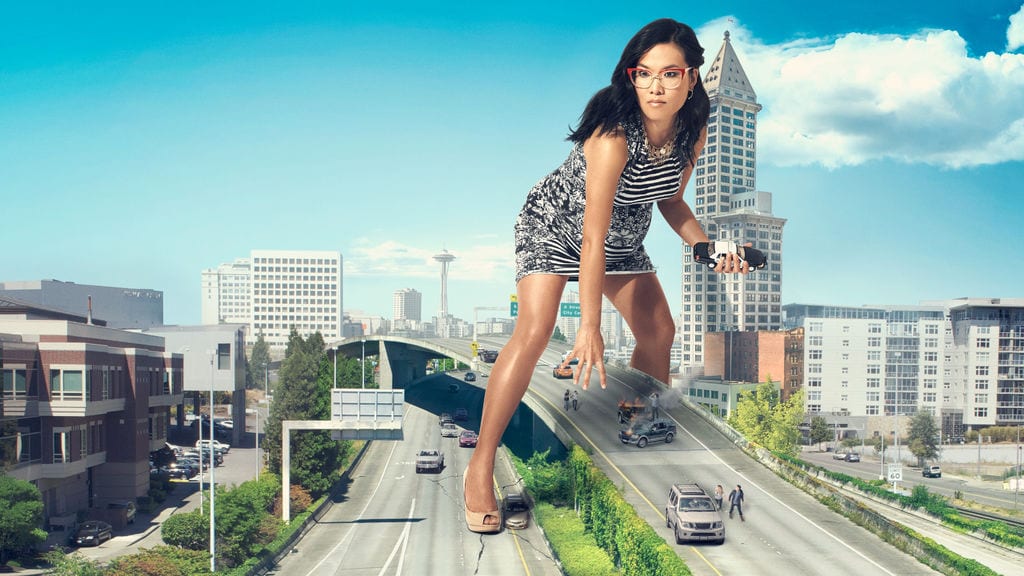 Fresh Off the Boat writer Ali Wong doesn’t ever slow down – even when she’s heavily pregnant. With her standup special Baby Cobra, the comedian details the transition into adulthood while bluntly delivering quips and personal stories on becoming a mother, sexual adventures, and behind-closed-doors racism. This woman’s got a tongue like a knife and she’s not afraid to use it! 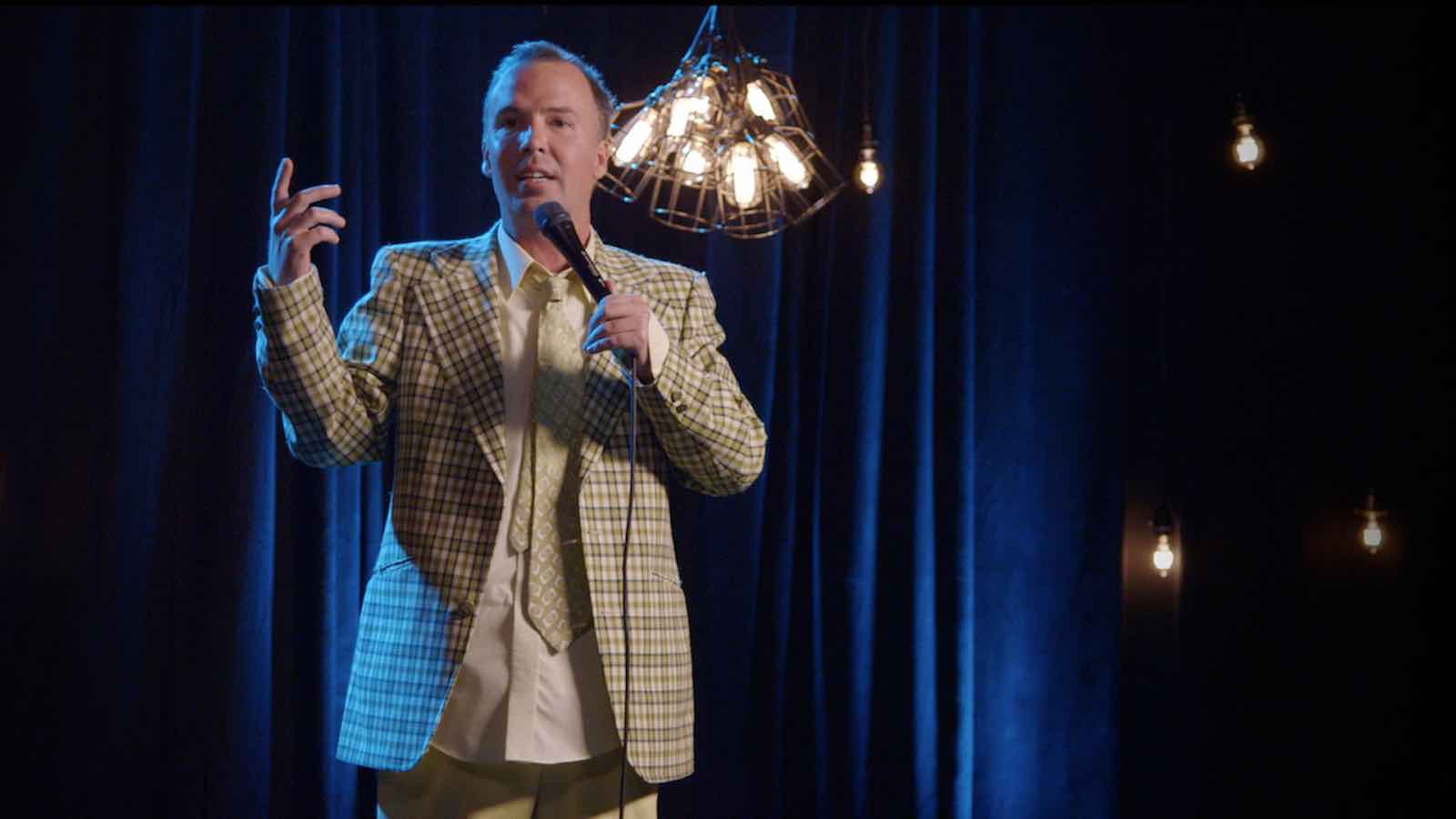 “My name’s Doug Stanhope, and that’s why I drink!” is a phrase that comes to mind every time we’re eyeing up the wrong side of a whiskey bottle. Continuing to disrupt the normal side of comedy, the gritty, foul-mouthed, alcoholic, smoker returned to the stage in 2013 with Beer Hall Putsch.

Featuring Doug once against feeding of hostile energy, the comedian reached dizzying levels of WTF with a genuine retelling of euthanizing his own mother. No joke. Watch this comedy special while sat in a faded, cig-burned armchair with a smoke in one hand and a can of brewsky in the other. 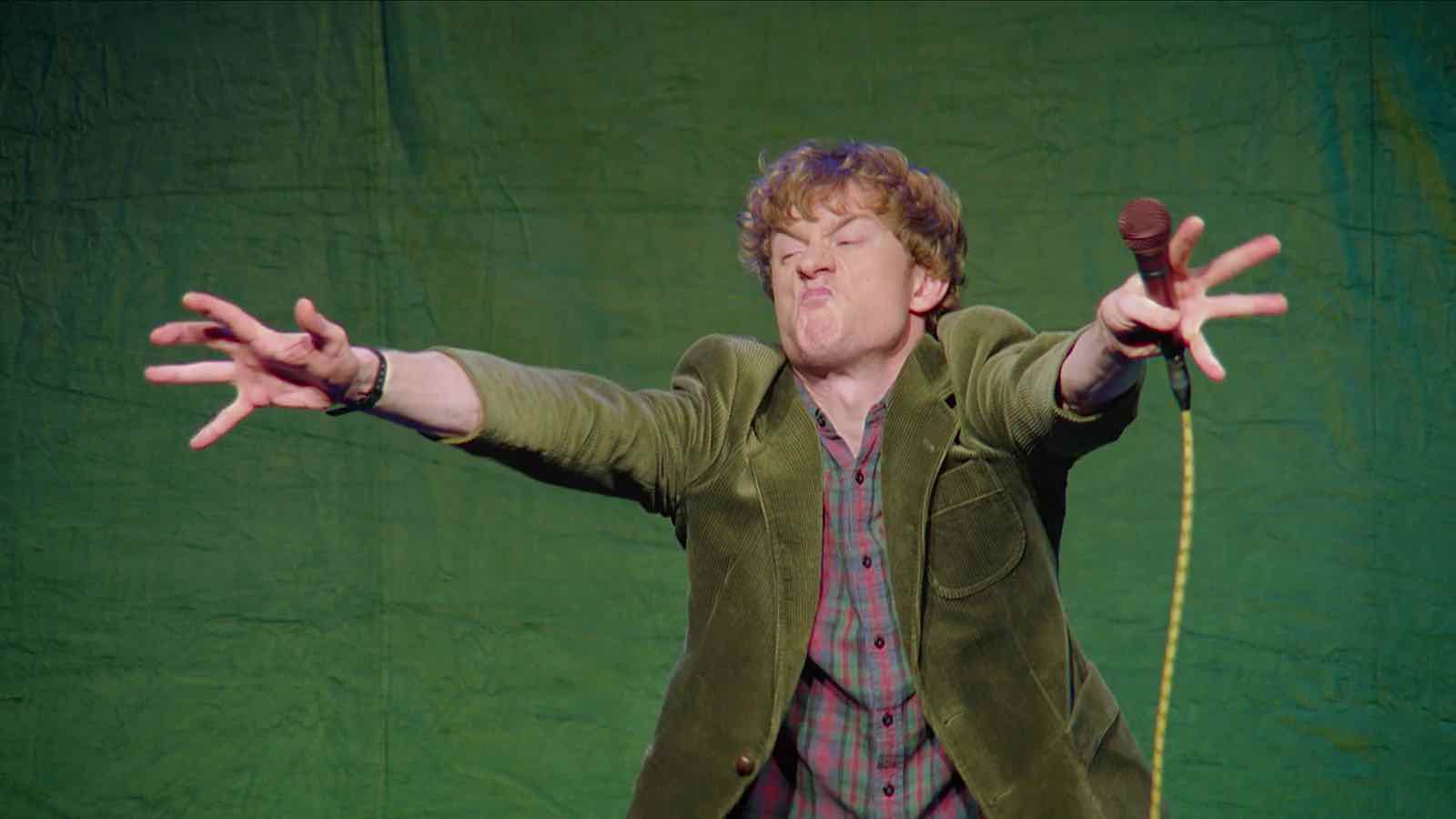 If there’s one thing the Brits can do, it’s comedy. From the English comedian who undoubtedly takes influence from the likes of Dylan Moran and Stewart Lee (which is definitely a good thing), this four-part live show sees Acaster muse on everything from the strange to the mundane, as he wades through linguistic curiosities and British idiosyncrasies. 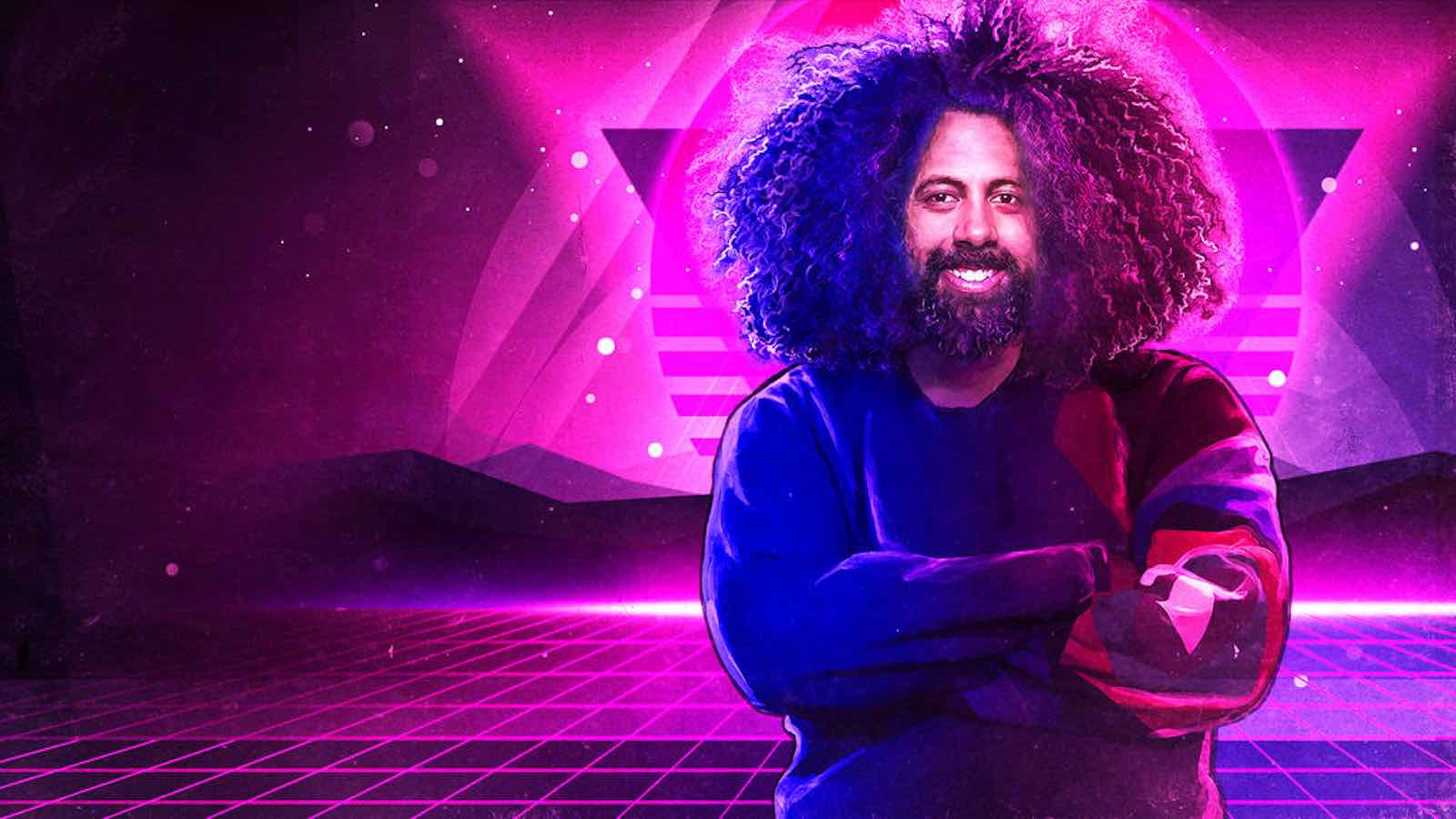 While many of us take delight in the runup to a punchline, comedian Reggie Watts is better known for smashing these formulas and taking audiences on a form-bending journey of absurdity.

Darting between telling anecdotes, singing songs, dancing, and even delving into some improv theatricals, it’s suffice to say Spatial is not your run-of-the-mill standup special. It’s a chaotic, weird, and wonderful ride, or as A.V. Club put it, “like a TED Talk by a mad scientist.” 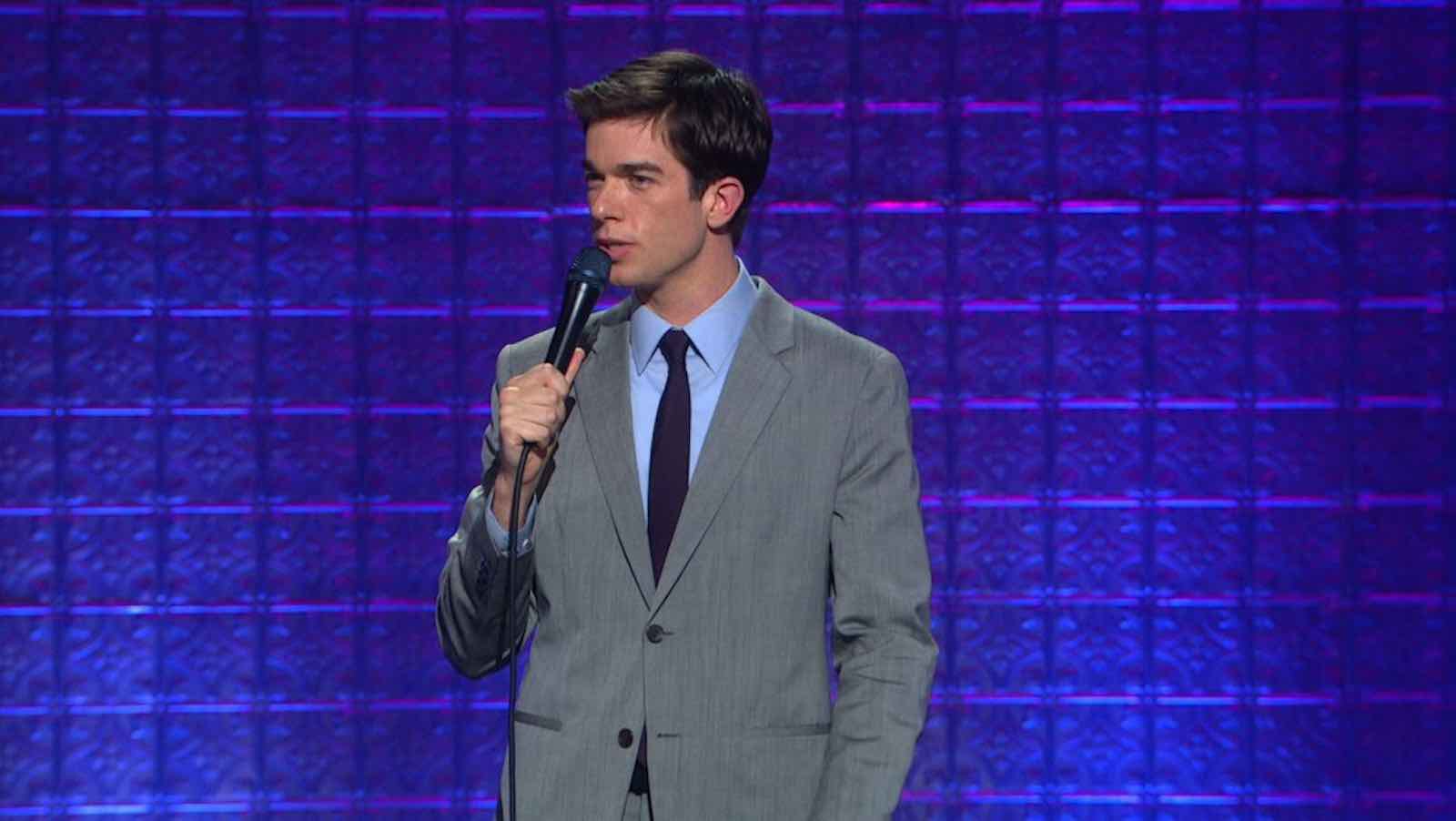 A good introduction to John Mulaney’s witty standup style is his New in Town. As America’s funnyman, he’s gone from strength-to-strength, pumping out some belter specials including The Comeback Kid and Kid Gorgeous at Radio City.

As proved by this 2012 entry, Mulaney might only be young, but he’s always had the confidence of a seasoned veteran, delivering jokes with witty confidence while donning a fresh, crisp suit (which he’ll be the first to admit makes him look like “a tall, tired child going to his first communion”). 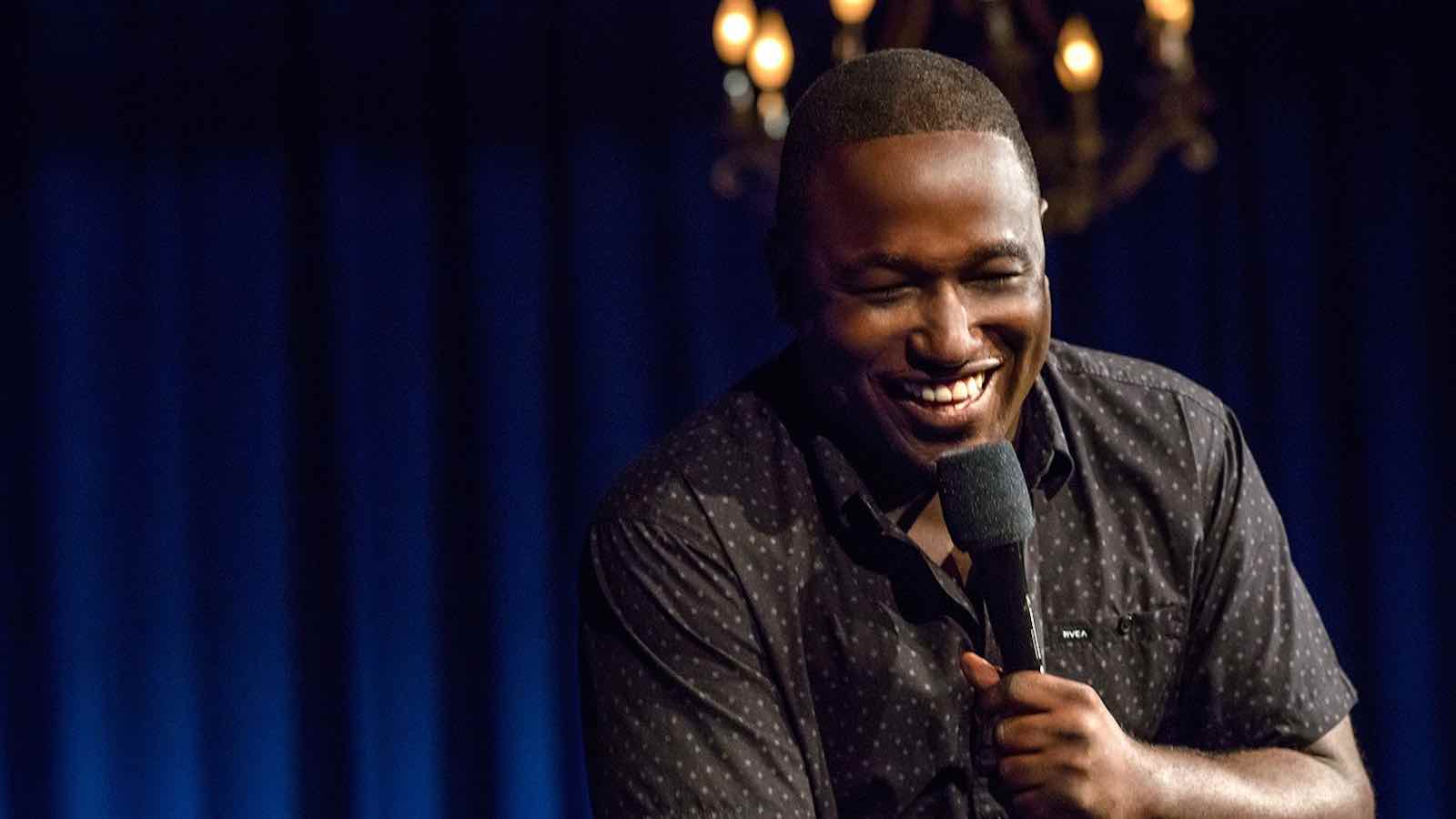 In addition to frequent and funny appearances on such shows as Broad City and The Eric Andre Show, Hannibal is a standup comedian who embodies your buddy who you always just wanna smoke a bowl with. In Comedy Camisado, he touches on all the important stuff in life – zipper etiquette, the legacy of steroids, and the fallout from his Bill Cosby routine. Yikes! 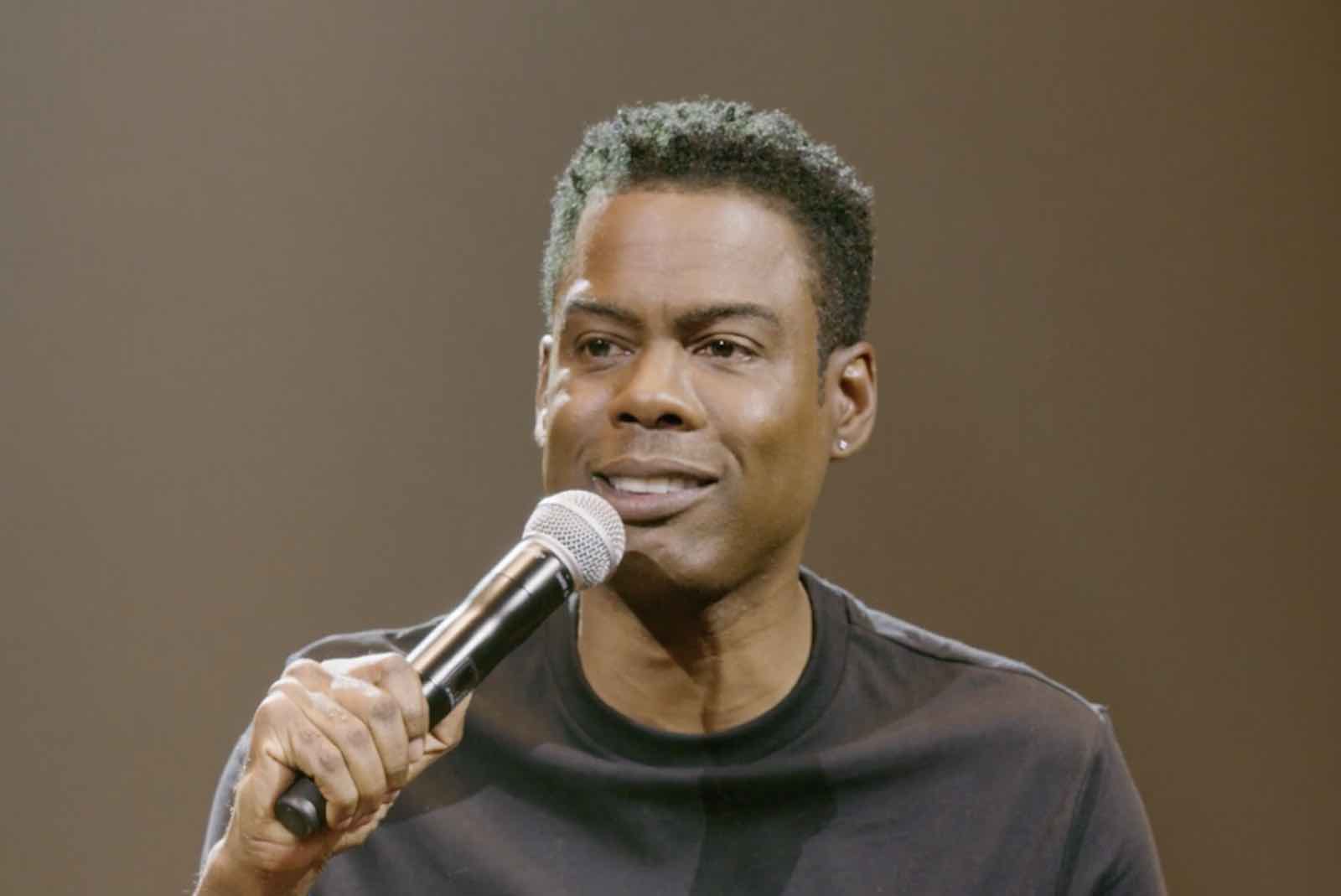 Chris Rock’s return to standup was well worth the wait, proving he had not lost his touch with the aggressively funny special Tamborine. Wasting no time at all, Rock launches straight into the issue of cops shooting black kids before touching upon gun control and how it’s important for his kids to experience bullying.

There’s pussyfooting when it comes to Chris Rock. But as Paste pointed out, he delivers the jokes with such insight, originality, and wit, “that it would be hard to argue that he ever crosses a line, even if you believe there are lines that shouldn’t be crossed.” 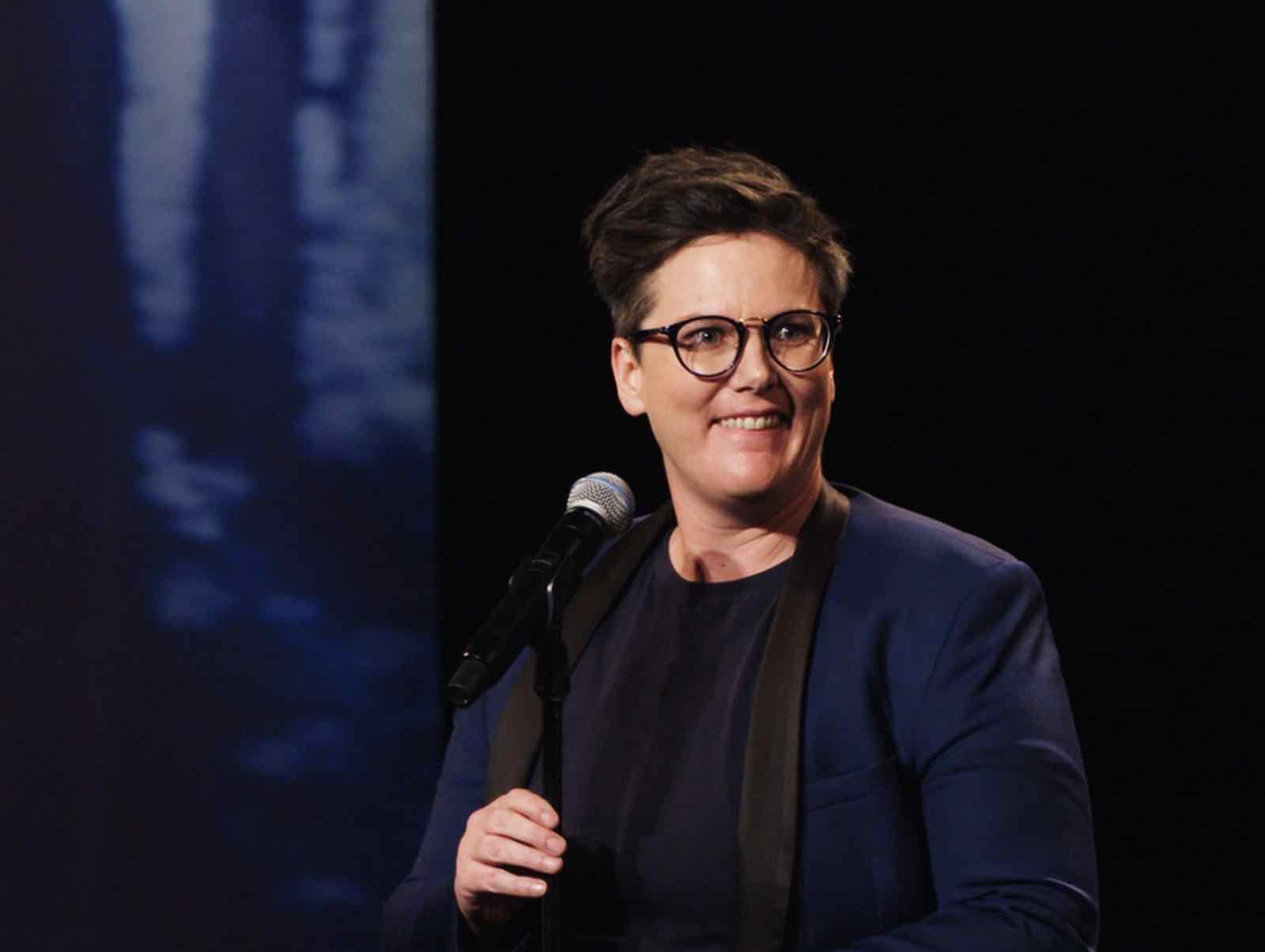 Holy crap, if you’re not sobbing by the end of this comedy special from the Tasmanian comedy tyrant, you’ve obviously got a heart of stone. Touching on sexual abuse, LGBTQI issues, and gender identity, Hannah Gadsby ties in genuine anecdotes that give her standup a truly personal touch.

Gadsby also throws out one of the best descriptions of historical male painters we’ve ever heard (probably the only one we’ve ever heard in this context), describing how women were nothing more than “painting flesh vases for your dick flowers.” Pure genius! 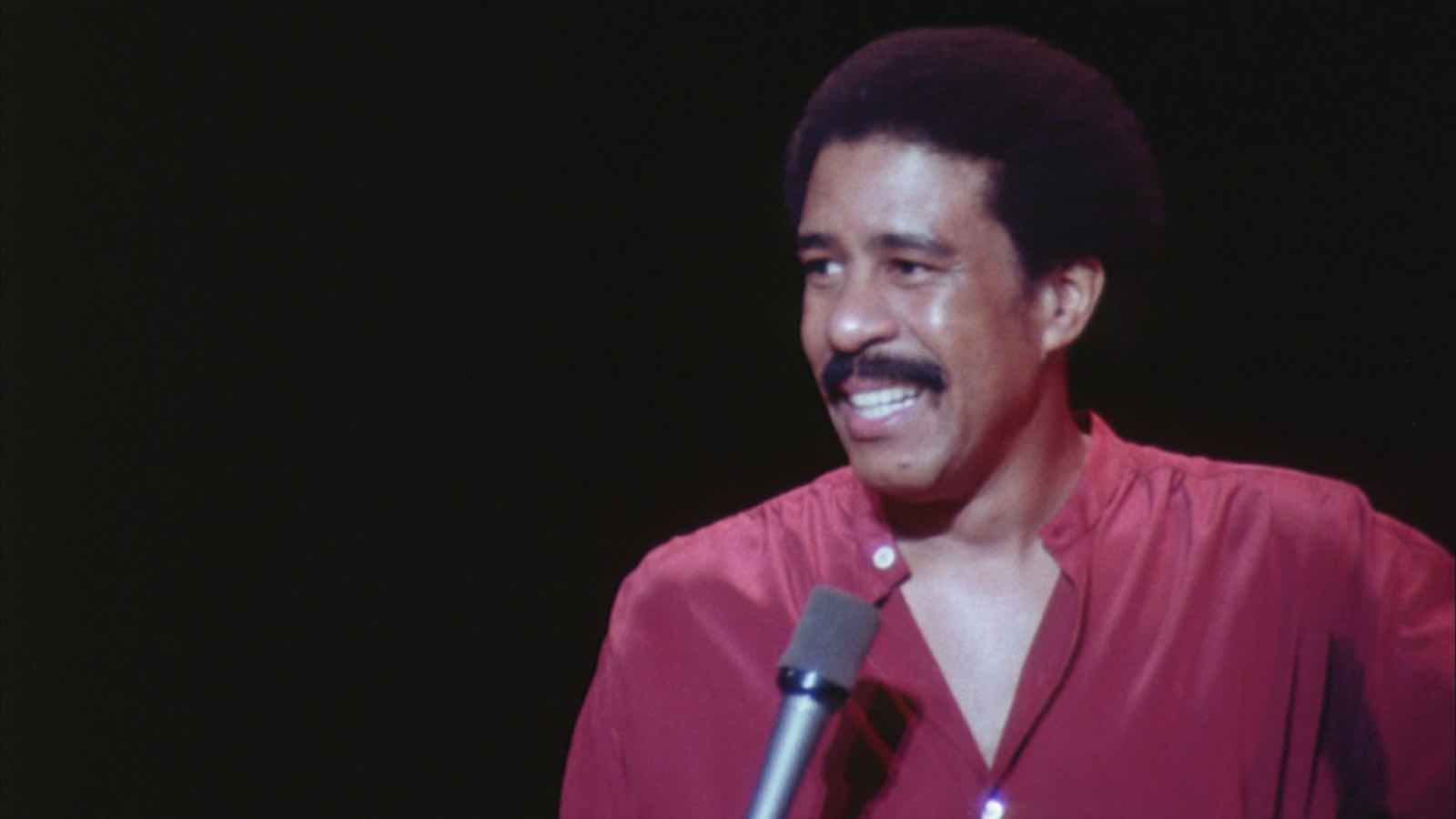 An oldie, but a goodie, Richard Pryor’s Live in Concert continues to inspire standup comedians to this day. From the OG of the live comedy world, it was the first feature-length film to entirely focus on a standup routine and while many have followed since its release back in 1979, there are arguably none that have rivaled it.

Doing what all great comedians do and drawing upon his darker experiences in life – his impoverished upbringing, addiction, health issues, and racial tensions in America – Pryor still had the audience in stitches. As Paste put it, “his ability to turn this pain into unforgettable comedy is a kind of real-life alchemy.”