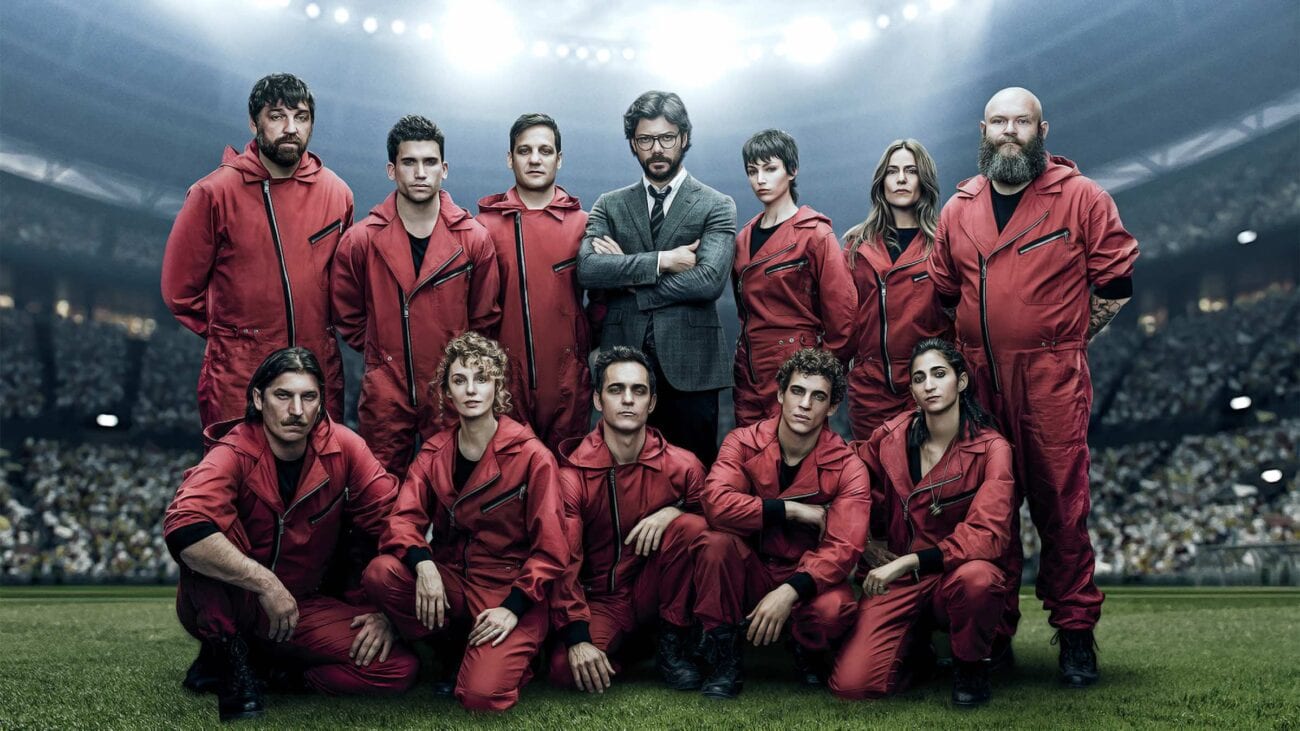 ‘Money Heist’ season 4: All the Easter eggs you definitely missed

If you’ve only watched Money Heist (or Casa de Papel) once through and not half a dozen times between each season, then there’s little bits here and there which you may have missed. The show is so jam packed with details it’s fairly inevitable.

To help you out we’ve decided to write up some of our favorite Easter eggs & fun facts about the show. This way we can get our daily dose of Money Heist by re-watching clips, and you can learn more about the Spanish show without re-watching the entire series. (Though we can’t blame you if you still want to re-watch it anyway.) 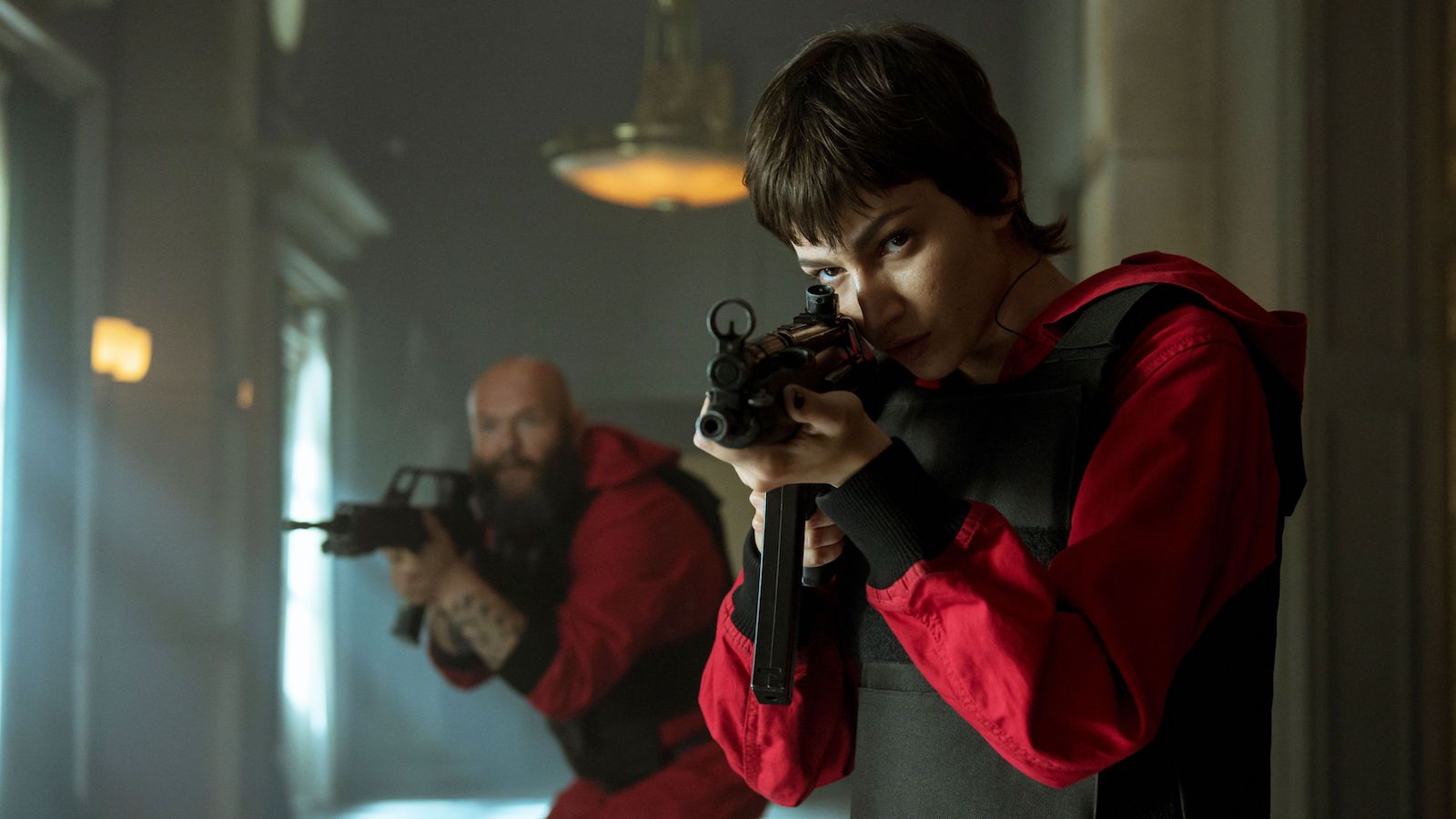 Have you ever noticed Tokyo’s favorite choker and wondered why she wears it whenever she isn’t in a heist? Or why she looks like she popped out of the 90s pretty much always? Well, it turns out there’s a reason for this.

Tokyo’s character was inspired by Mathilda from Léon: The Professional. Everything from Tokyo’s original hairstyle to her choker, and even some of her mannerisms are a nod to Natalie Portman’s debut role from 1994. 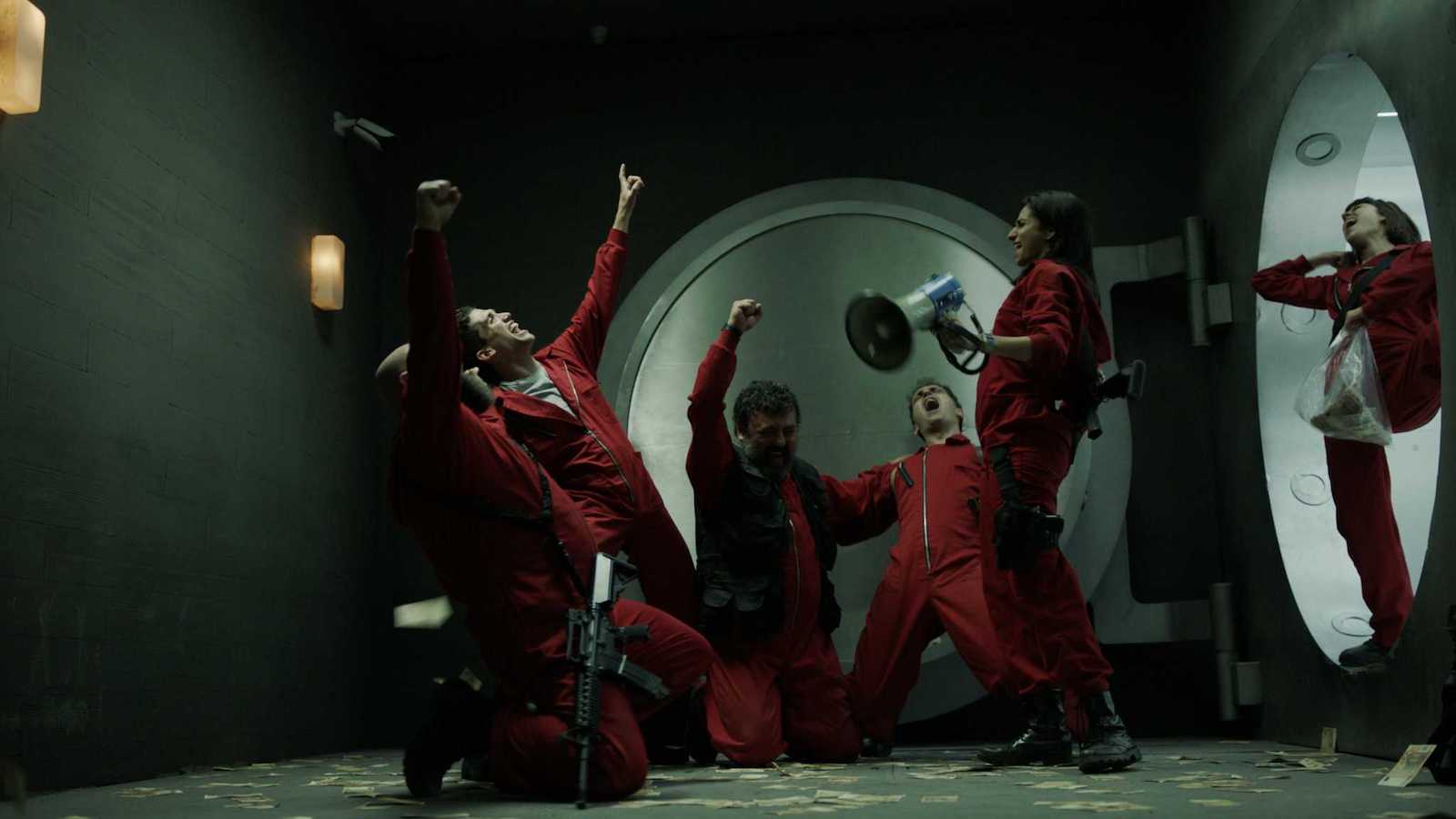 The song, which all fans of Money Heist have come to know and love, isn’t just a random choice for the thieves to sing. The crew, as we know, make a political stance against their government by robbing the Royal Mint and then the reserve of gold.

“Bella Ciao” is an old Italian song which used to be sung in protest against fascism and in favor of freedom. Considering the crew of our show are pointing out just how long and oppressive the arms of their government are to the people of Spain, the song is a great choice. It’s also rather timely considering the real world social & political climate around the world.

The song was actually on the verge of being somewhat lost to history until the song surged in popularity thanks to Money Heist. Now there are countless remakes and covers of the song all over the internet. 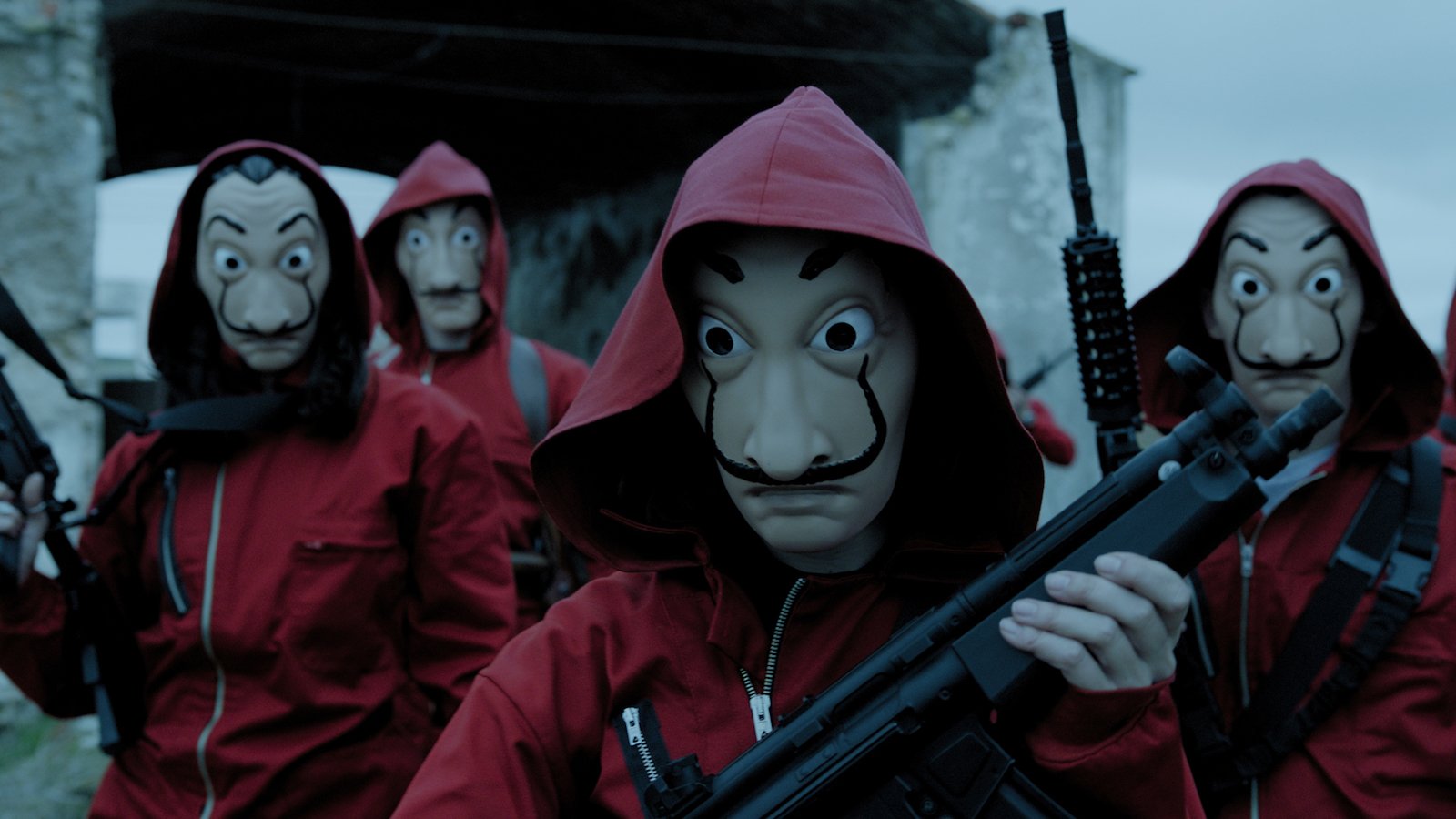 We know this is a list of season four Easter eggs, but we like this one too much to leave it out. In season three, we see images of people using the crew’s signature heist outfit in protests and even imagery of them in a soccer stadium (or football depending on who you are).

These images are real – as in not filmed for the show. People in real-life are using the red jumpsuit and Dalí caricature mask as symbols of protest. The movement was so shocking & inspiring to the creators they knew they had to include it in the show somehow. 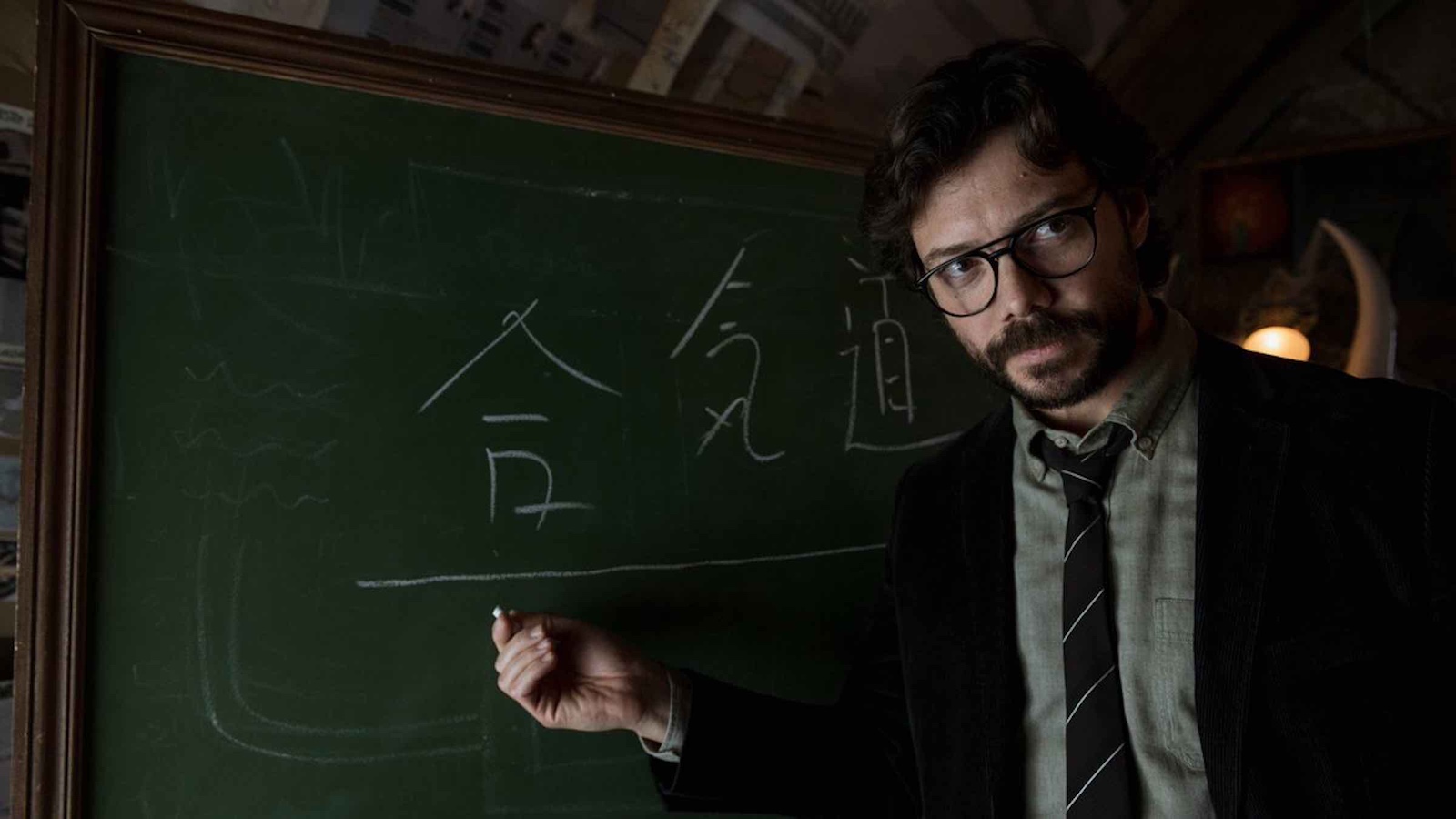 The later seasons do a good job of letting viewers know The Professor and Berlin are brothers. What they don’t say quite as explicitly is that they’re actually half brothers. They share the same father, but have different mothers. Hence why they both have such a strong love for a good heist.

The documentary about Money Heist explains the writers of the show like to write as they film (which is crazy), and so when the two actors who play Berlin and The Professor approached writers saying they thought the connection between the two characters should be brothers, not just friends, the writers rolled with it. This is likely why they don’t expound on this fact until seasons three and four. 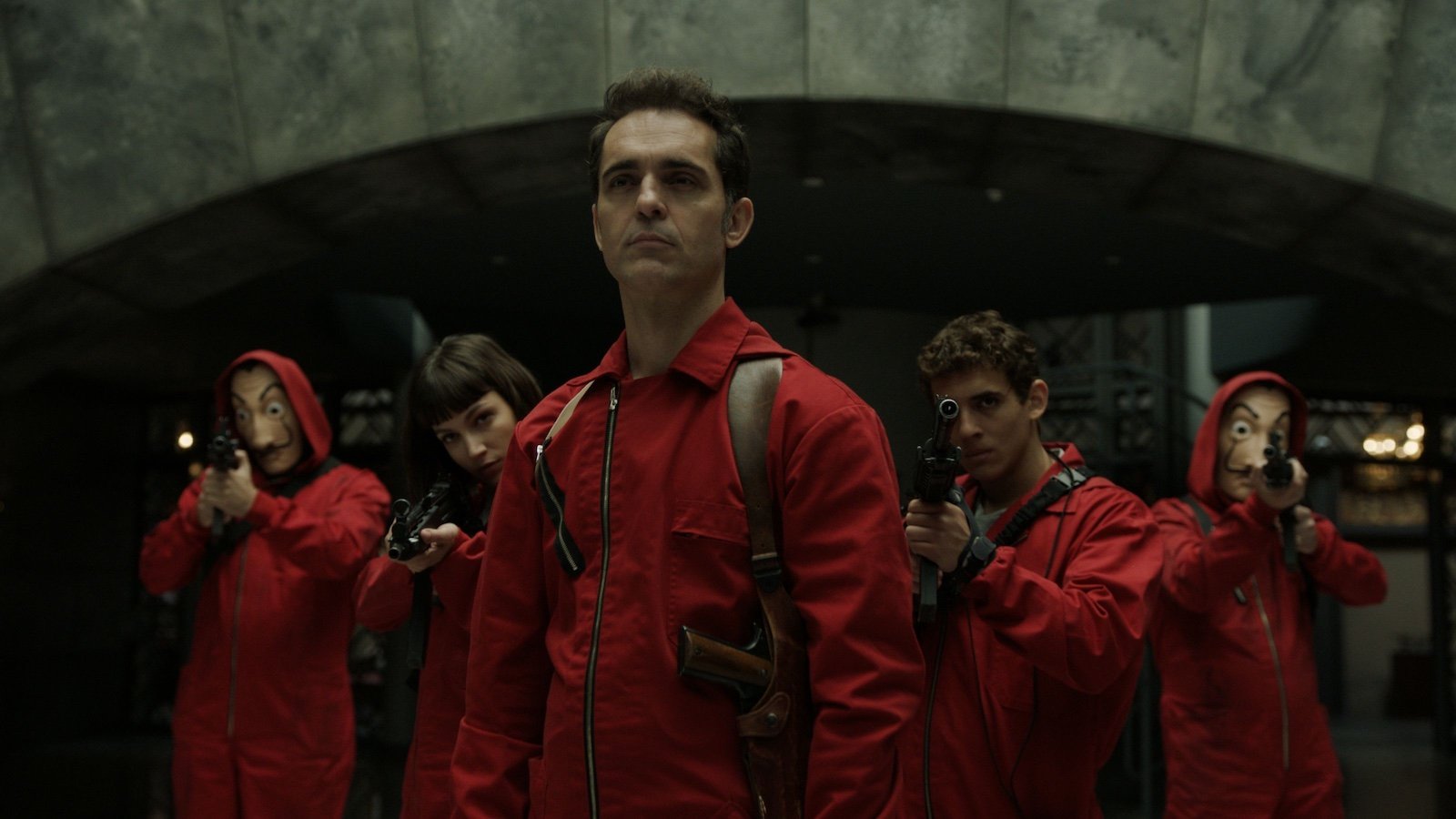 Less of an Easter egg and more of a fun fact is that the show’s name was, in Spanish, going to be La Casa de Carta, meaning House of Cards. Sound familiar? Yeah, they ultimately had to decide against it because Netflix already had a very popular show called House of Cards and they didn’t want to confuse potential viewers.

It could have been a decent name for the show since it would refer to how delicately they’ve planned their heists, and how just one small thing can send it all tumbling down. But we think Casa de Papel gets that imagery across just as well while also implying bank robbery. Double meaning!

In the end Money Heist is probably the most uninteresting option of all of them, but we can blame Netflix for picking that title, not the show creators – thinking it would speak to English speakers more.