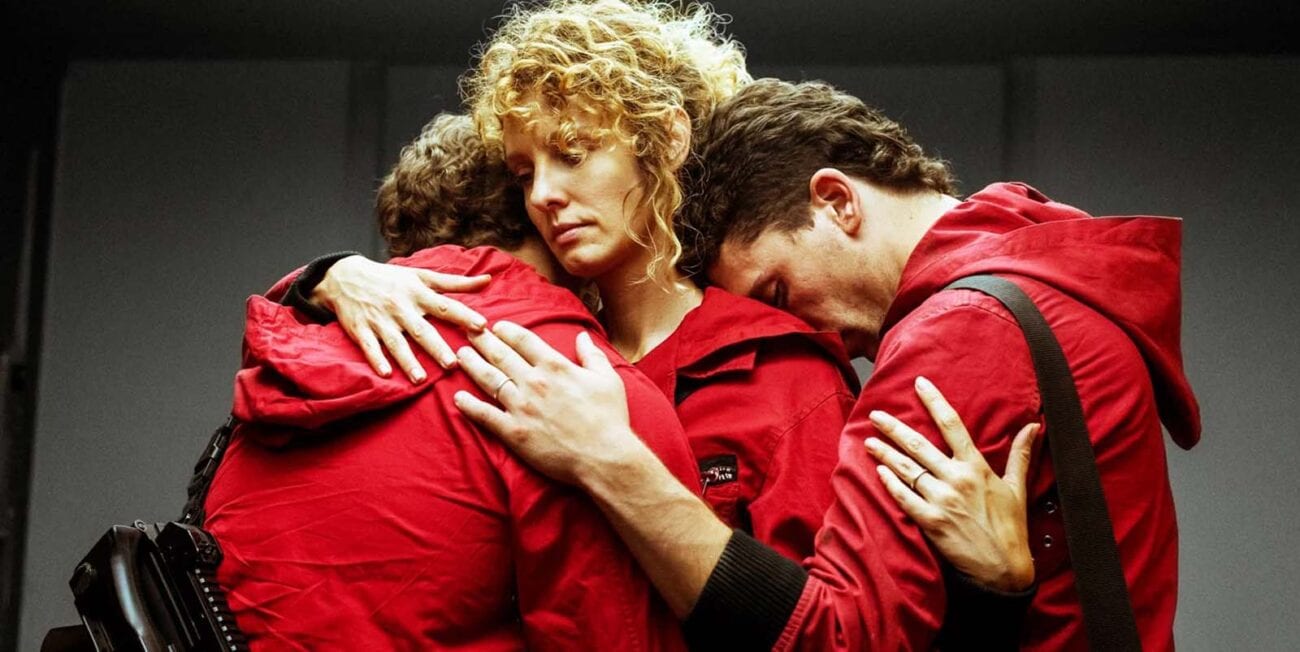 We love Money Heist for its intricately planned schemes and nail-biting, hair-raising, death-defying (well, sometimes) action. But we keep coming back for the characters we’ve become close to. There may be a few characters who can get on our nerves, (we’re looking at you, Tokyo) but for the most part, they’re like family to us.

The actors that play the Money Heist characters work hard over long hours to make our beloved show. Every now and then it’s nice to see some behind-the-scenes clips to remind us they’re real people who like to goof off during work just like the rest of us. For anyone who needs a dose of the Professor, Berlin, Nairobi, Denver, or any others Money Heist misfits, then here are some clips for your viewing pleasure.

Also if you’re not up to speed on Money Heist seasons be aware there may be spoilers!

Here’s a clip of a few of the cast Darko Peric (Helsinki), Esther Acebo (Stockholm), and Rodrigo De la Serna (Palermo) taking turns to try their hand at a game of Operation. The actress who plays Nairobi, Alba Flores, looks on while describing her character’s life saving operation in the third season.

Bloopers and other assorted mischief

Here are a few outtakes from Money Heist episodes that give us a glimpse into the making of the show. From the clip, we get to learn a fair amount of Spanish swear words and what Rodrigo’s mother told him before he became a star, “Comb your hair and don’t forget to text, please.”

In this clip, Úrsula Coberó (Tokyo), Jaime Lorente (Denver), Álvaro Morte (the Professor), and Alba Flores gather to sing “Feliz Cumpleaños” to Miguel Herrán (Rio). Can you believe he was only turning twenty-one?!

Just a bit of everything

Here’s a compilation of the actors just being awesome and having a good time on set and in interviews. Our favorite part is the giant dance party with all of the cast in their red jumpsuits!