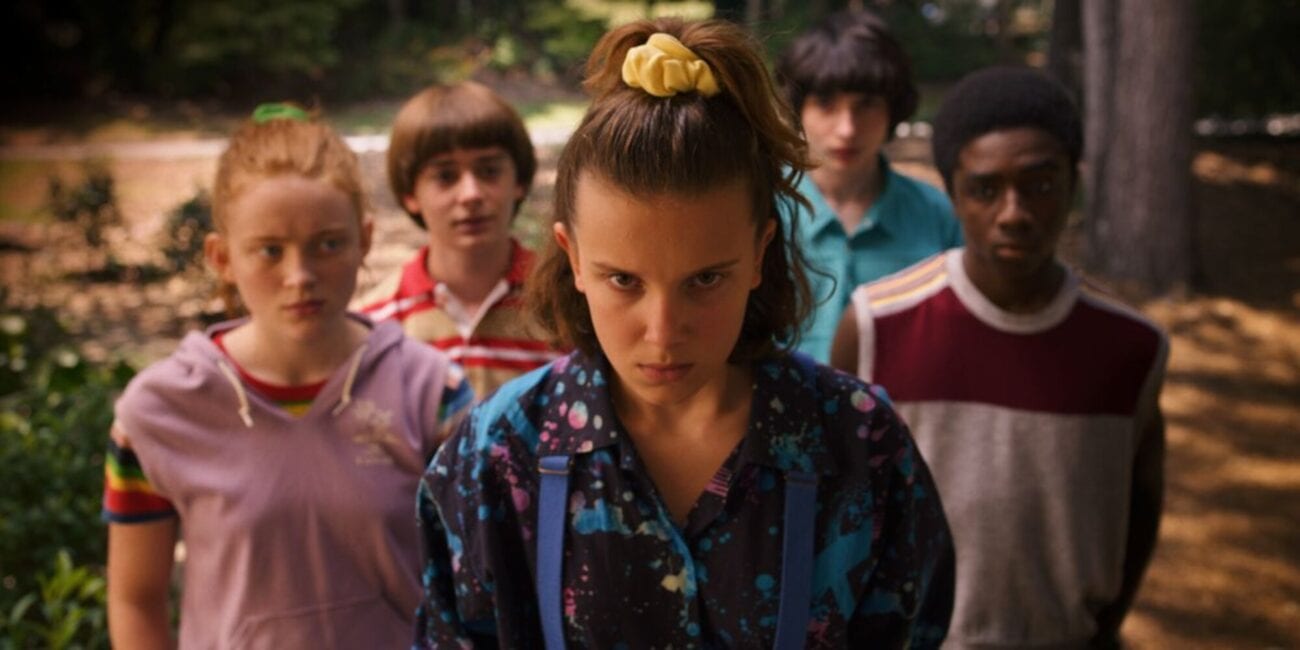 If you’re a Stranger Things fan and have been waiting patiently these past years for season four to be released, you’re certainly not alone though. Well, we’ve finally got some good news today that is sure to keep us on our toes until season four actually releases on Netflix. Today, Netflix has confirmed new cast members of the show aside from recurring members like Millie Bobby Brown or Finn Wolfhard.

So who are all the new cast members that will become regulars of season four? Does this mean less screen time for Stranger Things regulars such as Millie Bobby Brown, Winona Ryder, and more? Well, not too many details have been uncovered so far about these new characters aside from a few short lines giving a small introduction to each and every one of them. Let’s take a look at all the info we know so far about season four.

Amybeth McNulty of Anne With an E

So who can fans expect to see in season four of Stranger Things besides the OG crew consisting of Finn Wolfhard, Millie Bobby Brown, Caleb McLaughlin, Gaten Matarazzo, and the rest of the gang? Well, today, the Duffer brothers gave loyal fans an exciting update on what they’ve been up to, and promised the world that everyone has been working incredibly hard to make sure season four gets out as soon as possible.

The Duffer brothers explained in a short video: “We’re sorry it’s taking so long to get to you, but everyone here is working really, really hard on this show and we can’t wait for you to see it”. Ross Duffer then included: “One of the things we’re most excited about is some of the new faces you get to meet”, and then went on to introduce the character of Vickie, who will be played by the famous Amybeth McNulty.

Amybeth McNulty even popped in to the clip and gave a small message to the fans, telling the world that she is “so excited to join Hawkins” and added “I’ll see you guys in the Upside Down”. The star, who first stepped into the television scene through her breakout role in Anne with an E will play Vickie, a character that is described as: “a cool, fast talking band nerd who catches the eye of one of our beloved heroes”.

Amybeth McNulty aka Vickie: a cool, fast talking band nerd who catches the eye of one of our beloved heroes. @AmybethMcnulty pic.twitter.com/uLl3FniIYh

All the other character additions

Amybeth McNulty was far from the only cast addition to season four of Stranger Things, and it seems like her character will be joining alongside the likes of Millie Bobby Brown, Finn Wolfhard, and the rest of the gang. As for other new talents that have been announced, new faces we will see on the highly anticipated new season of the series include Myles Truitt, Regina Ting Chen, and Grace Van Dien.

Netflix announced that actor Myles Truitt will play the character of Patrick, who is “a Hawkins basketball star who has friends, talent, and a good life…until shocking events send his life spiraling out of control”. Regina Ting Chen plays Ms. Kelly, who is “a popular guidance counselor who cares deeply for her students—especially those struggling the most”.

Grace Van Dien, the final new character announced for season four of Stranger Things, will play the character of Chrissy, who is described as a “Hawkins’ High lead cheerleader and the most popular girl in school. But beneath the seemingly perfect surface lies a dark secret”. So far, fans have been given a few hints and short teasers, but we’re ready for more. Come on, just give us season four already, Netflix!

What are your predictions and expectations of season four of Stranger Things? Let us know what you think about the new additions to the cast in the comments.