Is it just us or has Marvel’s latest series What If…? been kind of a major bummer so far. The show, which follows alternate universes based on a single change, has done two fairly light-hearted episodes to start the series off before taking several dark turns. We’ve had zombies. We’ve had most of the Avengers getting murdered. We’ve had Dr. Strange (Benedict Cumberbatch) ending an entire universe.

It’s been, well, dark. Sure, the latest episode, which sees Erik Killmonger (Michael B Jordan) come out on top, isn’t as dark as the other episodes. But, well, it’s still not a very happy ending, you feel us? We need humor. We need fun. We need something silly here. We need Thor? Yes. We need Thor. Specifically, we need Chris Hemsworth as Thor partying across the universe.

Good news! Tomorrow’s episode of What If…? is going to be the episode of joy that you need. Chris Hemsworth returns to voice Thor as we just have a good time. Please, please, let this just be a fun episode. No one dying. We demand no one dies or the universe ends. Happy episode! Ready? Let’s dive into what we know about the new episode of What If…? 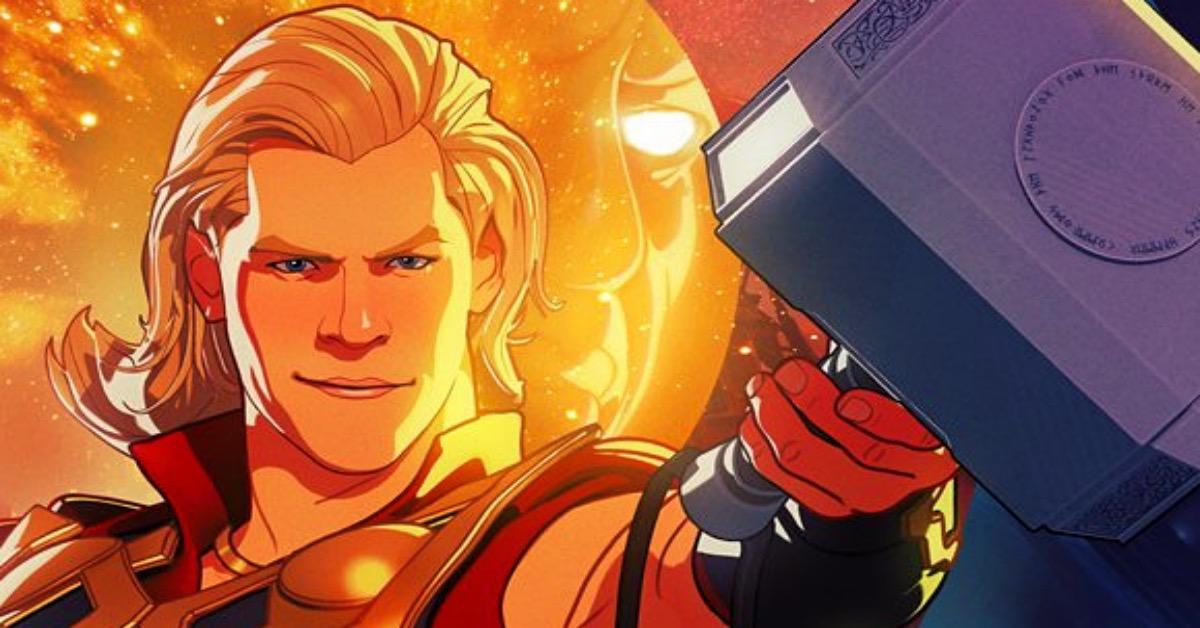 Episode seven of What If…? changes one key feature of Thor’s backstory. The episode is simply entitled “What If…Thor Was an Only Child?” Rather than his brother Loki (Tom Hiddleston) as the god of mischief, Thor just grows up solo. Head writer A.C. Bradley said to EW, “ I love the Thor-Jane relationship and we wanted to play around with that part of the love story without the framework of tragedy.”

Bradley added, “The story took root from a love of ’80s and ’90s rom-coms and party films. After so many serious episodes, what’s the most fun we could possibly have? And the answer to that is: Let Thor throw a party.” Listen, we know Asgardians have to party hard. So, yes, let’s see Thor throw a party that the world has never seen before. We’re here for this. We’re here for all of it.

#WhatIf Thor was an only child?

Like many actors in the MCU, Chris Hemsworth returned to voice the character of Thor in the upcoming What If…? episode. Natalie Portman and Kat Dennings also appear as Jane Foster and Darcy Lewis, according to Andrews. So how did Chris Hemsworth feel about Party Thor? Well, apparently, the actor had a ball bringing this version of his MCU character to life.

Andrews said of Chris Hemsworth as Thor, “We started finding the voice and Chris has got such natural comic instincts — they’ve started bringing that out in Ragnarok but we got to lean into that even more so in this. There’s some stuff that got particularly goofy and he was laughing and the guys in the recording booth over there in Australia were laughing, and he was just like, ‘I really like this Thor!’ He gets to cut loose more than he ever has in the Marvel Universe.”

Bradley, meanwhile, had a little embarrassing moment when Seth Green came in to record a Howard the Duck cameo. “I was walking him through the episode like, ‘It’s really fun and zany and it’s kind of like a throwback to Can’t Hardly Wait.’ And the man very politely nodded and went, ‘Yeah, I’ve seen it.’ And it wasn’t until the drive home that I was like, ‘Oh frick, he was in it! I just pitched him his own movie.'”

Are you ready to see Party Thor in action? Do you think Chris Hemsworth would be great as this version of his MCU character? Let us know in the comments.