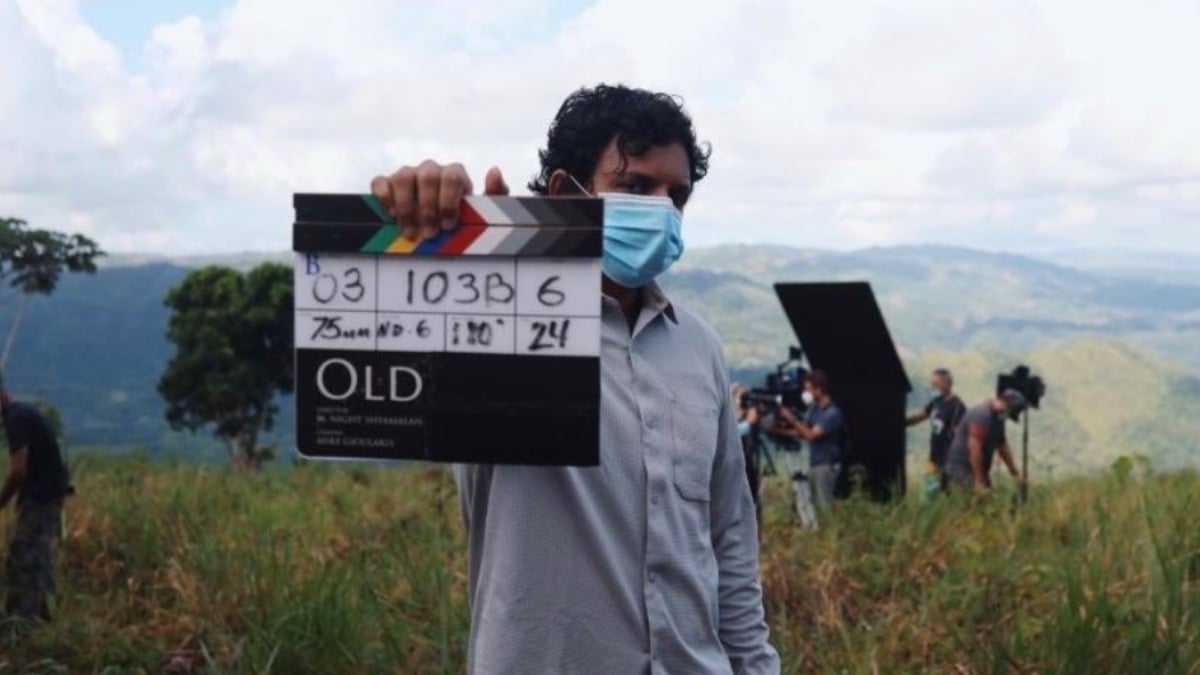 ‘OLD’: Check out all of M Night Shyamalan’s strangest movies

Super Bowl viewers caught a quick glimpse at the latest upcoming film from director M. Night Shyamalan, Old. While full details of the movie are unknown, it’s certain to be a whole buffet of crazy plot twists, strange dialogue, and creepy imagery. Shyamalan has had one of the most fascinating careers in Hollywood to follow.

The Sixth Sense & Unbreakable were amazing starts to his career, but huge flops like The Last Airbender & The Happening has made Shyamalan wildly inconsistent in terms of quality. He’s a director who has his own unique vision, but when that vision goes too far, things get weird. Here are the strangest movies from M. Night Shyamalan. 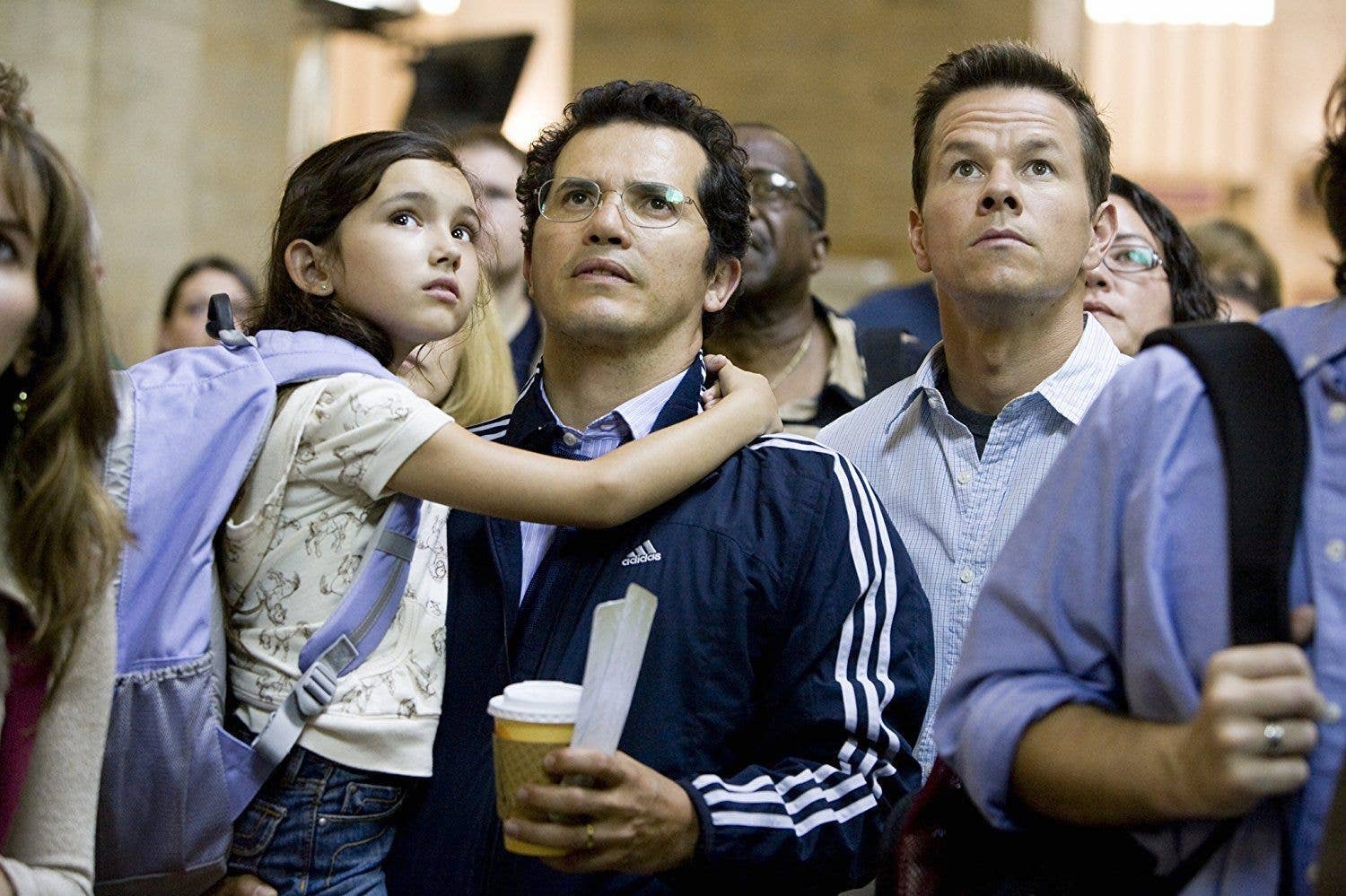 The Happening introduced one of horror’s most anti-climactic villains: wind. When people around the world begin killing themselves, people discover something in the air is causing this phenomenon. A group led by Mark Wahlberg then begins to try and flee from this unknown entity before it catches them.

The Happening has a somewhat enticing premise with a climate-revenge story where the killer is hidden. The issue is that footage of plants & trees blowing in the wind isn’t scary. Other than that, The Happening is unintentionally hilarious. With cheesy dialogue, random mood changes, and crazy overacting.

Some of the highlights involve a man with an odd obsession for hot dogs, Wahlberg talking to a plant, Zooey Deschanel staring blankly into your soul, and an old woman who asks Wahlberg if he’s trying to kill her to which he hilariously replies “What? No.” The Happening is a horror movie that unfortunately became one of the best comedy movies.

Based on the beloved Nickelodeon animated series, Avatar: The Last Airbender, many refer to The Last Airbender as Shyamalan’s worst movie. Not only is it a horrible adaptation of the series, but it’s just terrible in general. The acting is abysmal, the dialogue is hollow, and the air-bending action is incredibly boring.

There is also a clear apathy for the lore & world introduced in the show from Aang’s name being pronounced incorrectly to the cast being entirely white-washed. The most offensive scene to the source material is when the fire nation takes earth-benders prisoner in the mountains. Seriously, the mountains? That’s like trying to hold Aquaman prisoner in an aquarium.

Signs begin strong, but the ending gets away from Shyamalan. The film sees Mel Gibson as a farmer who discovers mysterious symbols in his crop farm and begins to investigate what they mean. The mystery surrounding the aliens makes this film enjoyable, despite some stiff dialogue and questionable performances from Gibson’s kids.

However, the twist at the end makes the film disappointing as the battle with the aliens is ruined when it’s discovered that the alien’s weakness is just the Earth’s water. It’s a lame way to end a movie that had some promise. 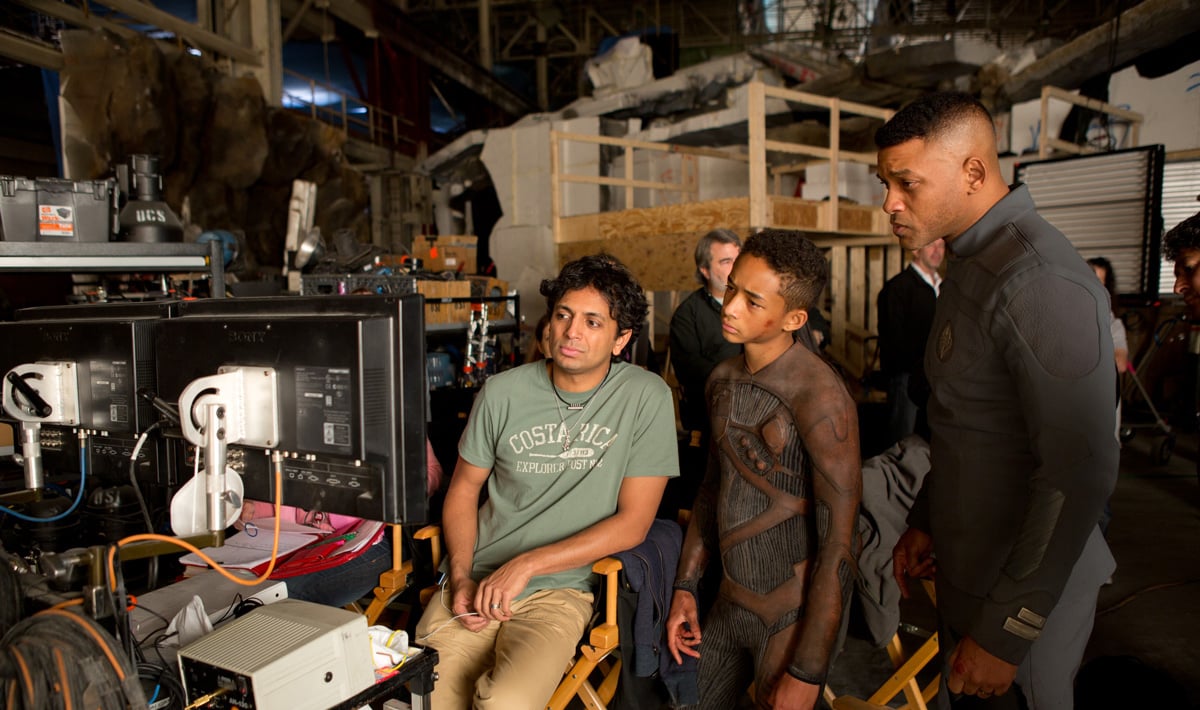 How do you take Will Smith, one of the most charismatic actors in Hollywood, and make him a complete bore? Make After Earth. Smith and his son, played by his real-life son Jaden Smith, find themselves trapped on a hostile Earth after crash-landing their ship during a mission. Will Smith’s character broke his legs, so it is up to Jaden to find an emergency beacon with danger at every corner.

After Earth’s biggest problem is that it’s an absolute snooze. Will Smith has no personality and Jaden doesn’t have the emotional range as an actor to carry this story. In addition, the action isn’t great either. There are no hilariously bad moments, so it just ends up being wildly forgettable. 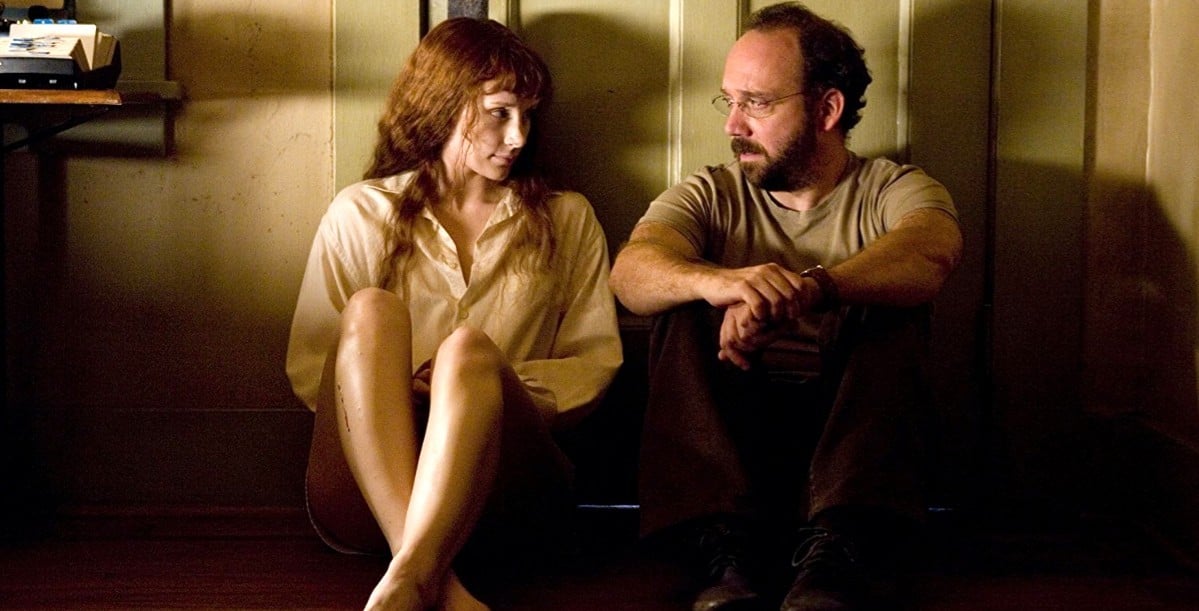 Lady in the Water

Lady in the Water is easily Shyamalan’s most bizarre concept. When an apartment superintendent (Paul Giamatti) discovers a strange girl in the pool (Bryce Dallas Howard), he quickly finds himself intertwined in a conflict of a fantasy realm. The girl is a Narf who is on the run from a Scrunt who’s trying to prevent her from becoming a great Snarf leader.

There is another group called the Tarturic, who keep the peace in this other world. The concept itself is nuts, but Shyamalan still included plenty of bonkers scenes, including a kid deciphering a secret message hidden in cereal boxes. This movie is a gigantic question mark that’s almost worth a watch just out of sheer curiosity. 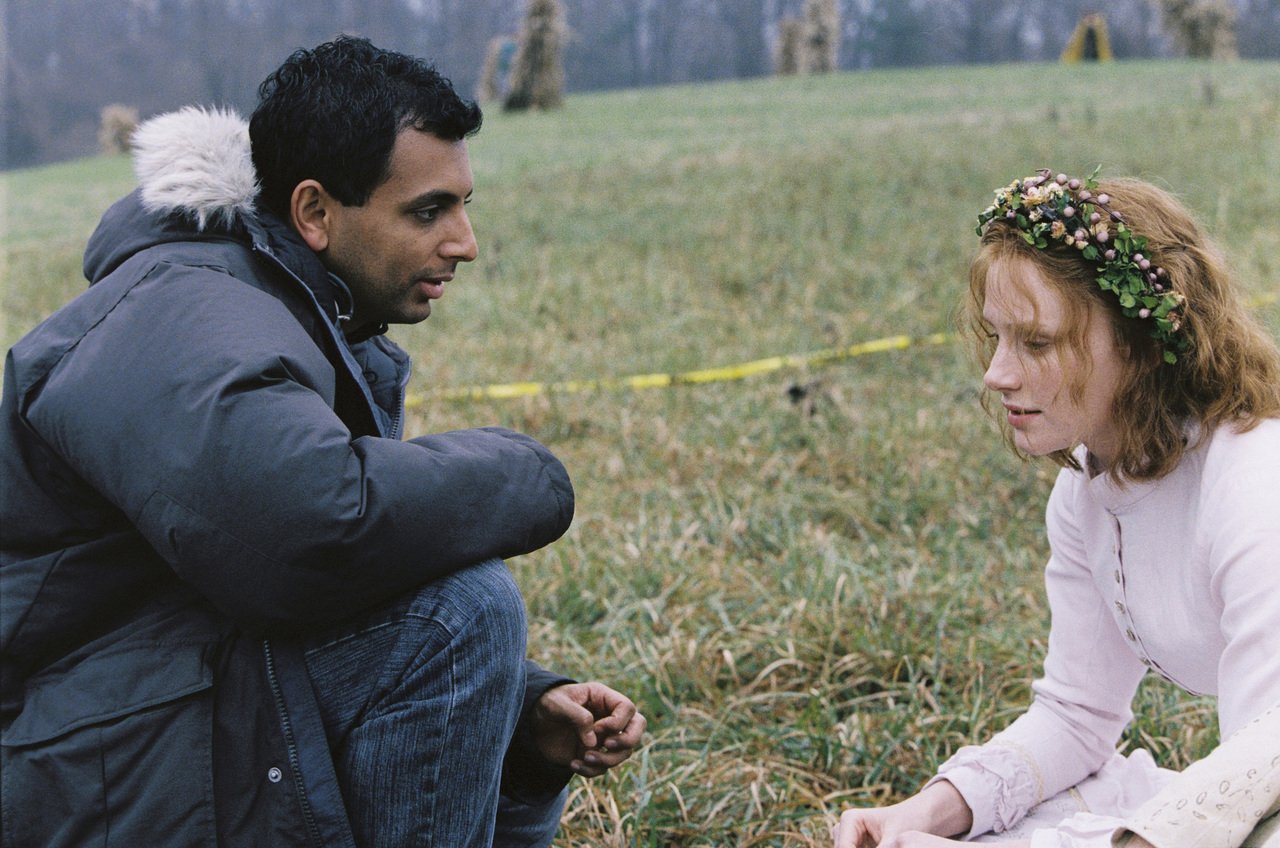 Most people don’t know this exists, but while filming The Village, another strange movie from him, Shyamalan teamed up with Syfy to make a fake documentary that made it seem like Shyamalan had some type of supernatural element that followed him around. This fake documentary is mostly forgotten about, largely because it’s so strange.

The Buried Secret of M. Night Shyamalan has to be seen to be believed. It’s an experiment that didn’t work, but we thank Shyamalan for trying.

While Shyamalan doesn’t have the best track record in his directing career, he does have a unique vision that studios, thankfully, let run wild. Here’s hoping Old is just as bizarre as his other films. 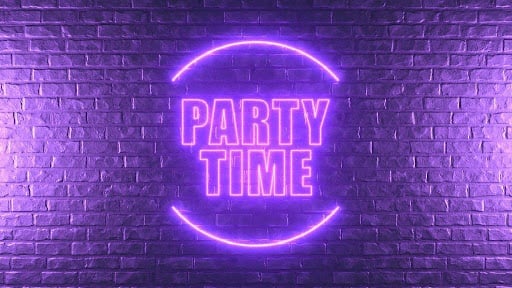 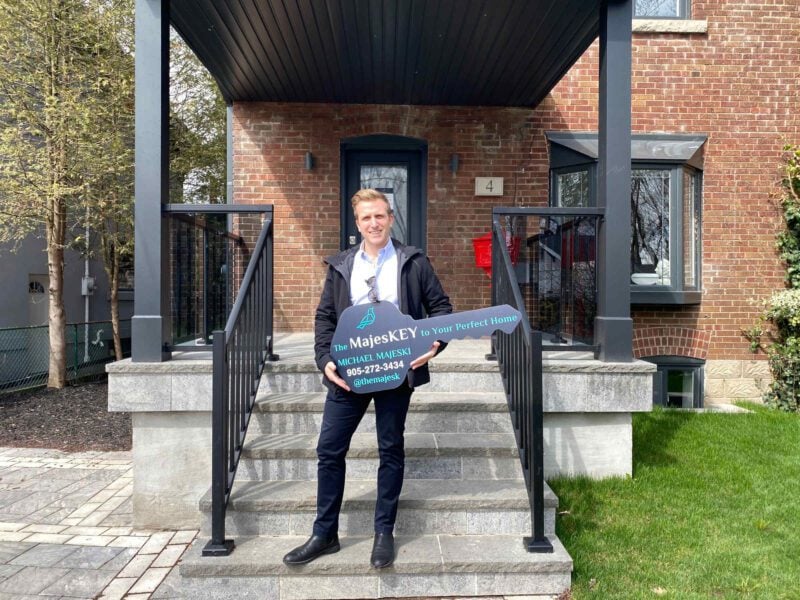