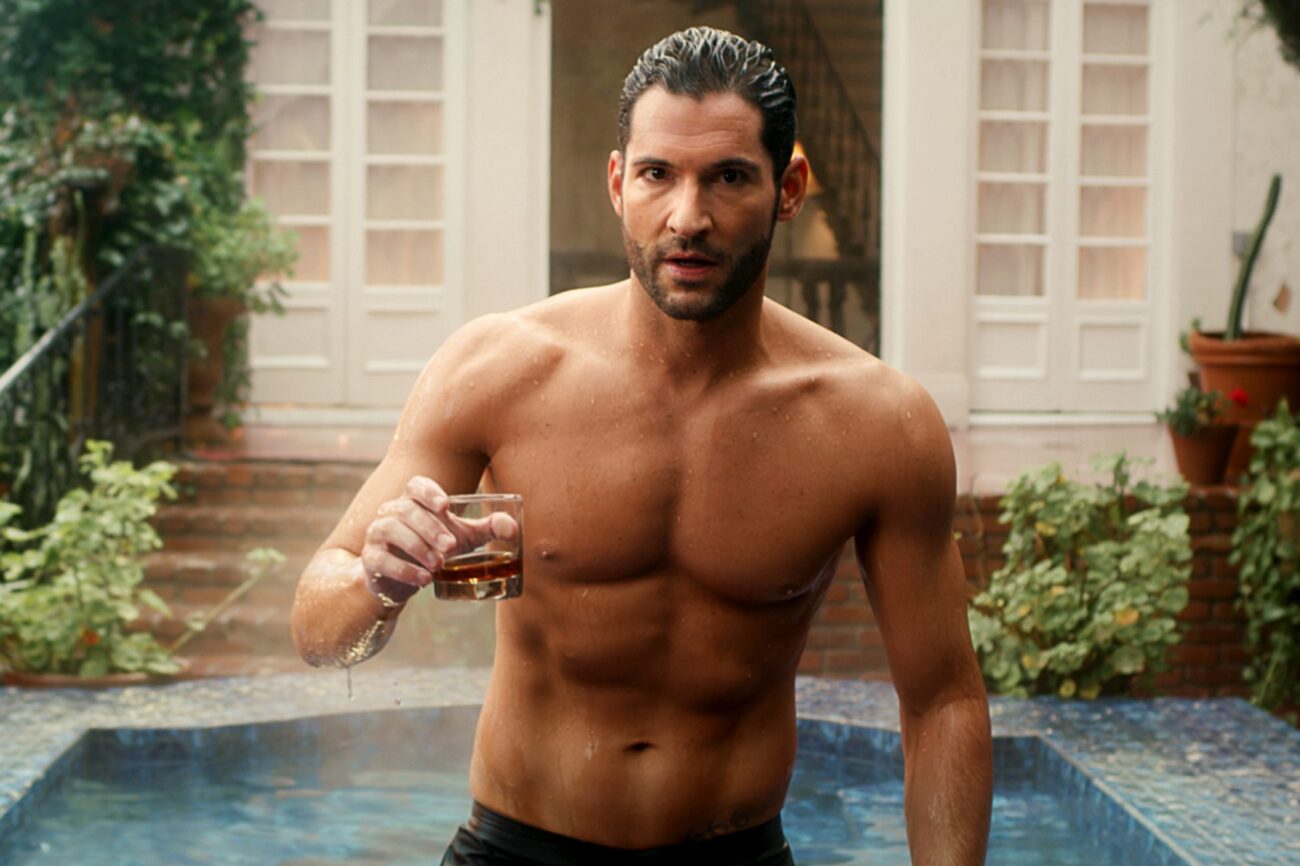 Time to pour one out for the end of an era, folks. Netflix Lucifer has officially wrapped filming on its sixth & final season. The series finale for the beloved supernatural procedural drama has been shot. Now, all that’s left to do, is languish away the hours until the long awaited Lucifer season 5B drops on Netflix in May. After that? It’s the wait for season 6 and buckets of tears.

Because, well, Lucifer fans have worked hard to make sure that the series made it to its end. After Fox cancelled the show after season 3, the Lucifans campaigned hard to get Netflix to save the series at the last minute, renewing it for season 4 a day before the cast were released from their contracts. Now after three seasons on the streamer, Lucifer is done filming.

All that’s left now is just waiting for the final episodes. In the meantime, fans have taken to Netflix to thank the series, cast, and crew for Lucifer. Here are some of our fave goodbyes.

#thankyoulucifer for giving me one of my favorite fictional characters of all time. 🥺❤️pic.twitter.com/kH7N1HdFWQ

To the King of Hell

Lucifer (Tom Ellis) has become many people’s fave. Mainly due to the fact that while he evolved, he still remained fun. He just became a better version of himself.

The cast on their last day of filming is making us all ugly cry. Thanks.

It’s surreal that today is the last day of filming. Felt like we had SO MUCH TIME LEFT. At least we have 1.5 seasons left to watch. But it’ll be weird to have no more bts pics and vids coming out every day. I’m going to miss that. ♥ #ThankYouLucifer #Lucifer

Maybe they’ll hang out from time to time?

Seriously though. The cast and crew of Lucifer knew how to hype the Netflix series on social media. We’re going to miss seeing the behind the scenes moments.

We’ve been honestly SO BLESSED w a giving, kind cast and crew who’ve generously shared SO MUCH of their on- and off-set lives w us over the years. We’re so very lucky. #ThankYouLucifer #Lucifer

Lucifer’s cast & crew are some of the nicest people out there. We’re glad that they got to end the series on their own terms.

thank you because every single one of you gave me something that i’ll never forget and that i’ll cherish in every step of my life.
you have no idea how much the show, and all of you mean to me.
thank you.
love, emma🤍 #ThankYouLucifer pic.twitter.com/pWO5g2zMWa

Lucifer provided a lot of people an escape and understanding when they needed it, which led to a dedicated fanbase. So dedicated that Netflix saved it.

This show helped me out of a dark place, gave me a chance to escape into a different world, a world where anyone can find redemption & someone who loves you for who you truly are! It also gave me the chance to talk to many people from around the world so #ThankYouLucifer

Netflix’s Lucifer leaves fans both old & new with an important message. You’re not as irredeemable as you think you are.

#ThankYouLucifer
For the wonderful portrayals of strong independent women. Each badass in their own way. They show us that a science nerd can be just as much a hero as a ninja bartender.
They show that women can have desires but that doesn’t make them less

To all the BAMF women in Lucifer, we salute you.

He really was the best guardian devil. Well, he tried anyway.

Y’all in this show has a 69/69 rating❣
Perfection 😈
🥰🥰🥰
Bittersweet time. I’m looking forward to the show’s premiere of the final episodes, but I don’t want it to end
😈💜😭💜😈#ThankYouLucifer pic.twitter.com/88OKqLFcNV