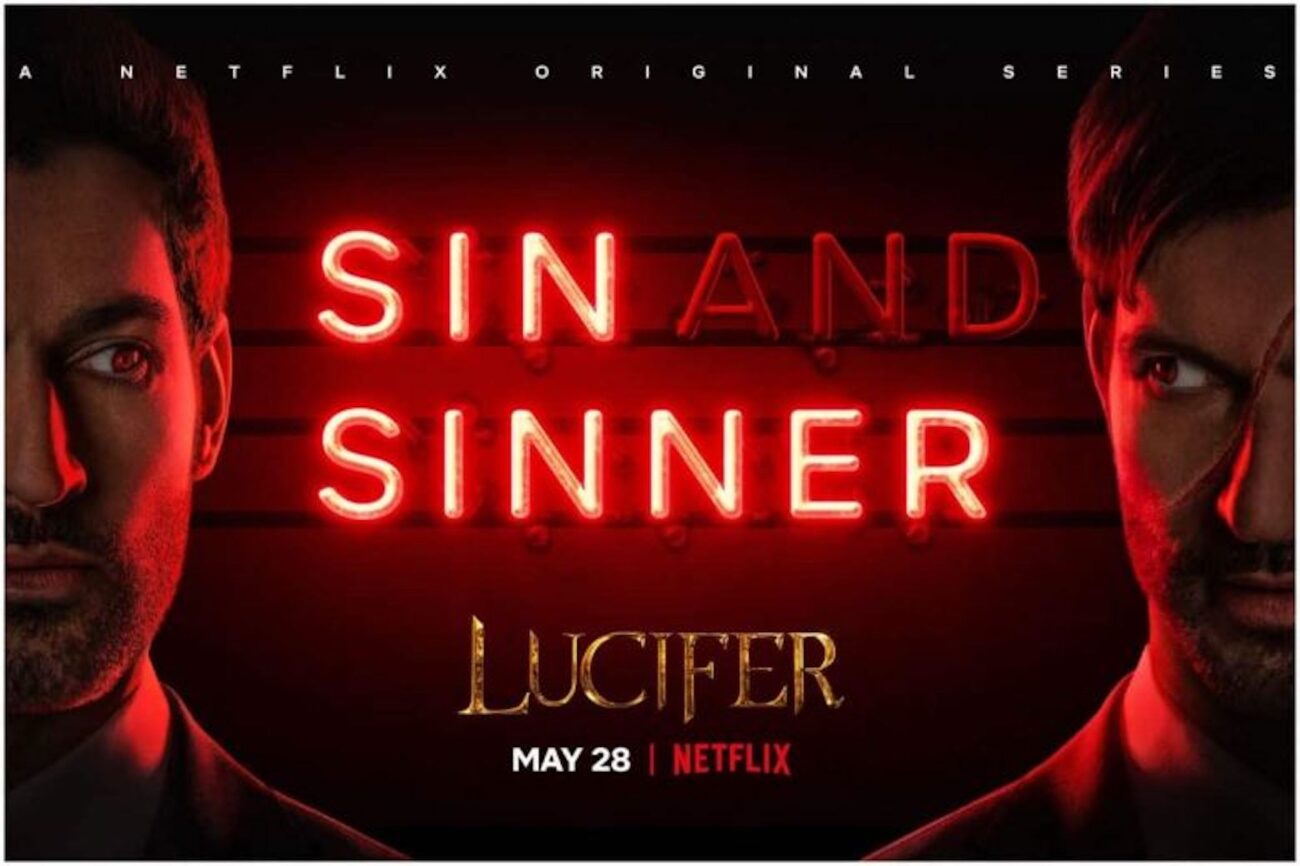 ‘Lucifer’ season 5 part 2: Indulge in the trailer for the new episodes

It’s here! It’s here! Welcome, everyone! The long-awaited trailer for Lucifer season 5 part 2 has arrived after ages & ages of waiting for it to hit. With the trailer, we finally get the preview of the final eight episodes of season 5. Lucifer (Tom Ellis) & Michael (Ellis) again, God (Dennis Haysbert), Chloe (Lauren German), and everyone in the final run of Lucifer season 5 part 2.

Lucifer season 5 part 1 ended with Lucifer, Michael, and Amenadiel (D.B. Woodside) facing off against each other in a frozen in-time police station after Amenadiel learned that his son was mortal. Then a bright light opened up and out came God, only telling the fight siblings that he hates it when they fight. Dun, dun, daaaaaaaaaa. And fans have been wanting to know since August 2020 what’s next.

What did the Lucifer season 5 part 2 trailer tell us?

God’s retiring! That’s the big point of the Lucifer season 5 part 2 trailer. He’s getting ready to take time away from the throne and, presumably, pass it on to his children. Lucifer & Michael are heading to war with each other in order to see who will take the throne. We’re certain that’s going to end well. It looks like God will be staying around for a while as well with that long-awaited family therapy session with Linda (Rachael Harris).

Originally, Lucifer season 5 part 2 was supposed to be the final run of episodes for the series. But then Lucifer was renewed for season 6. One thing that we know is that we would really, really not prefer to see Michael on the throne as God. The little weasel is the worst choice out there. What does a Celestial war mean for the rest of humanity on Earth?

Also, what is it about Lucifer’s parents and them liking Dan (Kevin Alejandro) so much? Is it something about him? And why doesn’t Lucifer have his own desk? 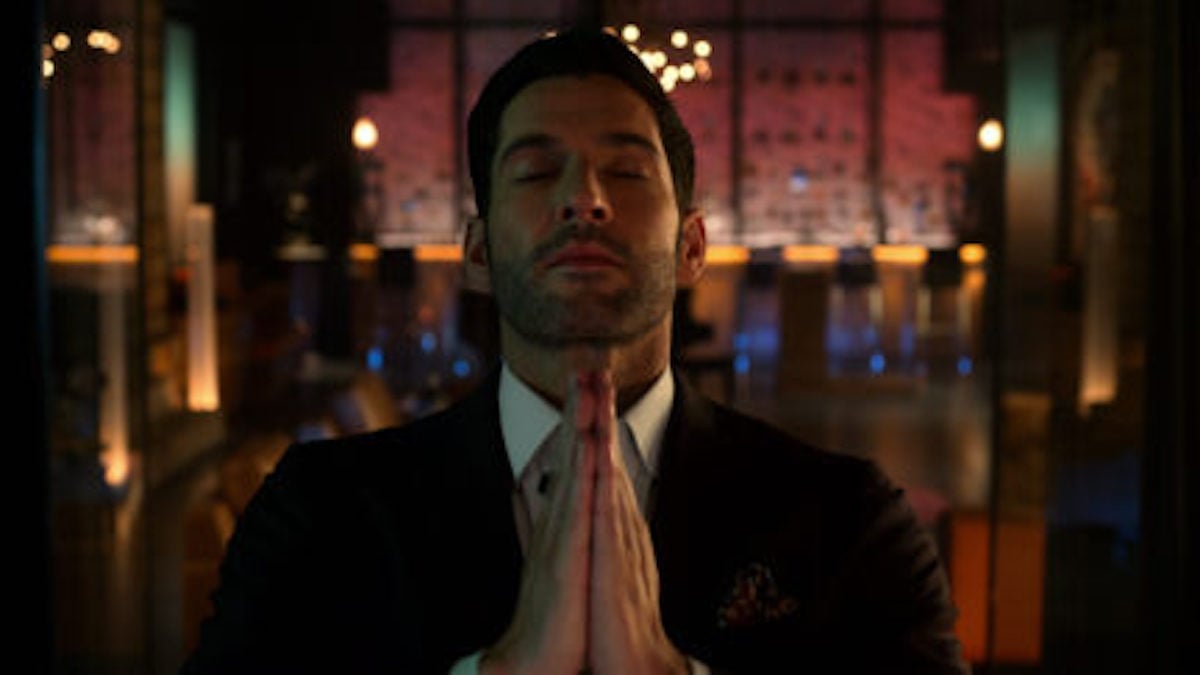 What do we know about Lucifer season 5 part 2?

One thing that fans are most excited about Lucifer season 5 part 2 is the long-awaited musical episode. Titled “Bloody Celestial Karaoke Jam”, the episode promises to give the fans what they have craved: everyone singing & dancing. From what we’ve seen of it in a rare brief preview, it looks pretty great. Standing over a corpse while Ella (Aimee Garcia) sings? Yeah. We’re here for it.

Unfortunately, the DNR (Do Not Reveal) list on Lucifer season 5 part 2 plot details remains pretty extensive. TVLine, however, promised a resolution to the “love” word conversation that Lucifer and Chloe were having at the end of season 5 part 1. They wrote, “I am confident that I can say that while you will have to wait for the resolution to their time-stopped conversation about the L-word, you won’t have to wait very long.” 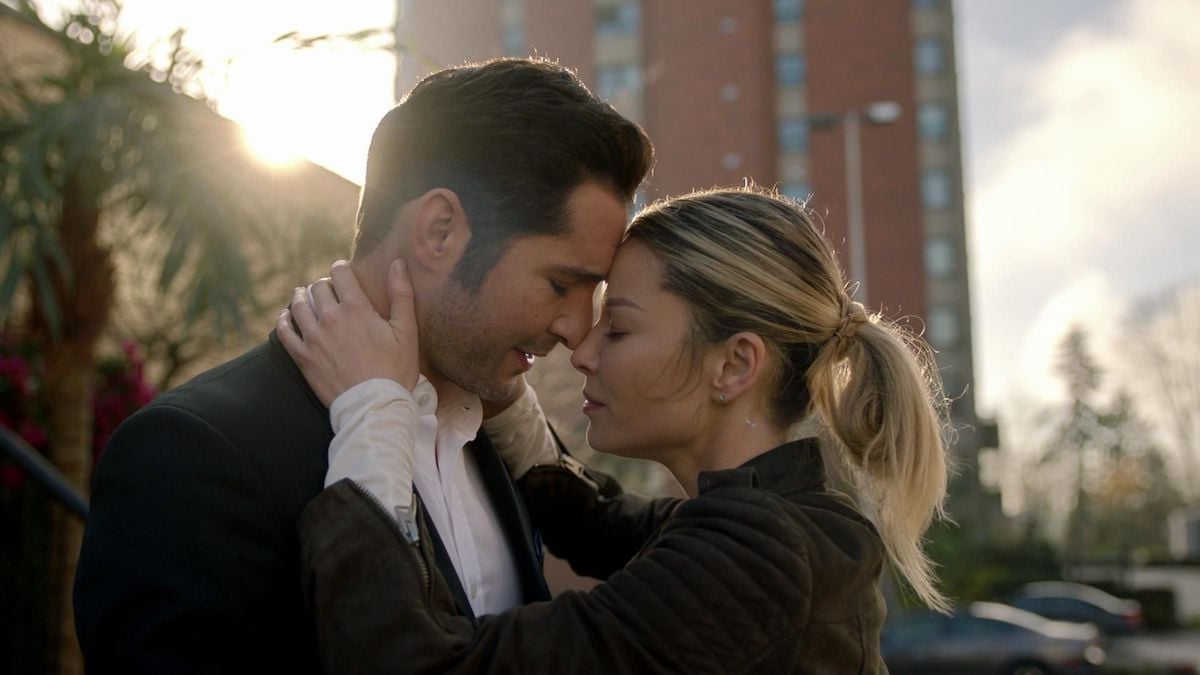 When will Lucifer season 5 part 2 be released?

You don’t have to wait long for everyone’s favorite devil to return to your streaming devices! Lucifer season 5 part 2 has a release date for Friday, May 28 when all eight episodes will drop. As for Lucifer season 6? While that season has recently wrapped filming, we’re going o guess that those episodes won’t come out until May 2022 since it seems that two out of three times that’s when Netflix decided to release.

What do you think about the Lucifer season 5 part 2 trailer? Are you excited to see what comes next for our favorite Devil? What about Deckerstar? What about Dad being on the scene? Let us know your thoughts in the comments down below!