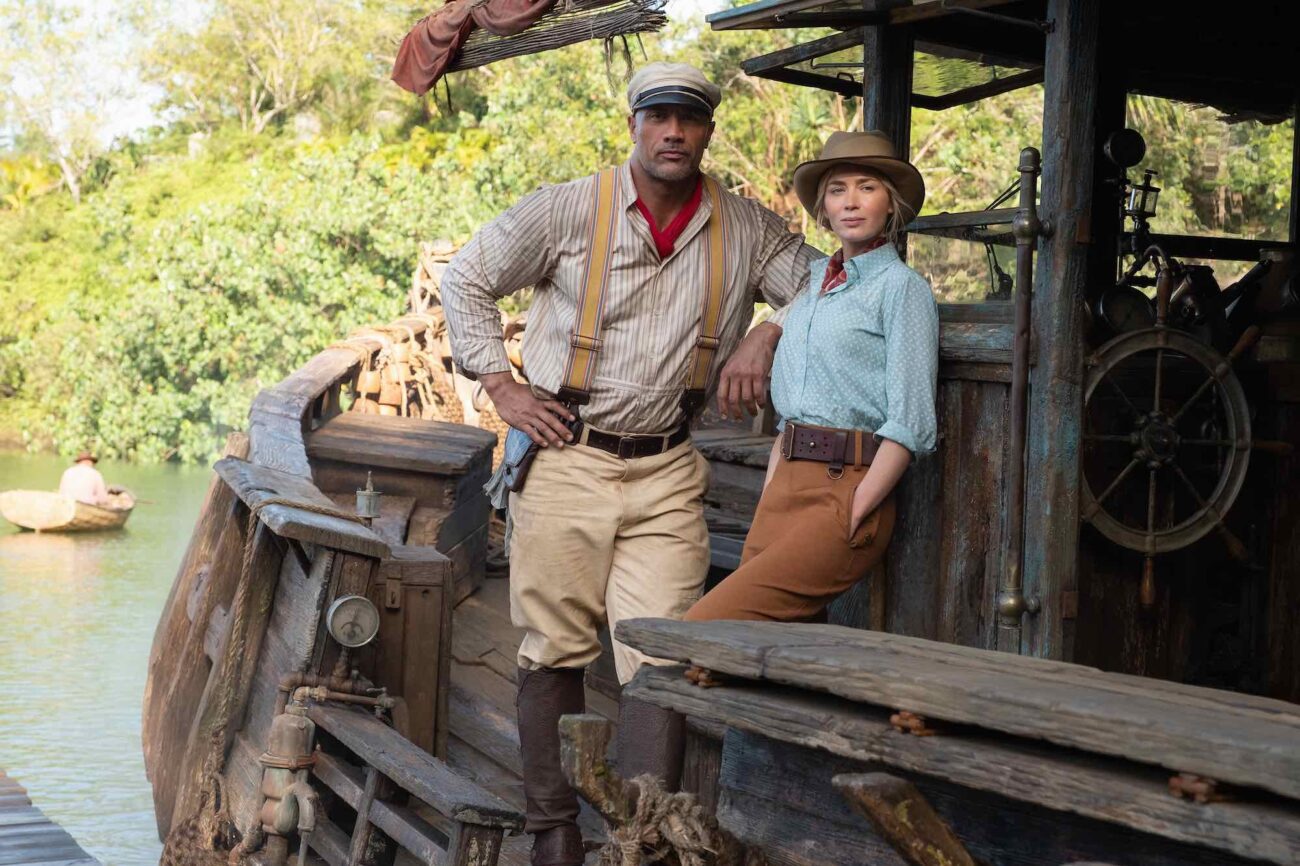 Does this latest news confirm a sequel to Disney’s ‘Jungle Cruise’?

It’s unsurprising that a movie starring a charming team like Dwayne “The Rock” Johnson and Emily Blunt would get a sequel greenlight. Jungle Cruise, the Disney movie released this year, has been given a sequel. Hurray! The franchise will be the first non-Marvel and non-Star Wars property in awhile to generate some buzz for a Disney franchise. Johnson and Blunt are set to reprise their roles.

So what else did we learn about this latest Disney news? Not much, unfortunately. Michael Green, who co-wrote the film, is set to return to the sequel. Jaume Collet-Serra, who directed the film, is expected to return for the next Jungle Cruise movie as well. Though nothing has been confirmed at this time. Given how popular it has been, let’s see what the Internet thinks about the sequel news.

ALL ABOARD 🚢💀🌊
Mahalo to our buddy @Borys_Kit for breaking the big Jungle Cruise sequel news!!!
This is going to be FUN! 🌎
Oh and cheers to Jungle Cruise just crossing $100M at the domestic box office 🍿👊🏾🥃@SevenBucksProd @DisneyStudios #FlynnPics https://t.co/dN0LphpUce

It’s a good day for the Rock

And with a #JungleCruise sequel greenlit, Disney has finally found a new live action franchise outside of Marvel and Star Wars after years of expensive false starts. pic.twitter.com/kp4hjQFI0C

If you thought this wasn’t going to happen you were in deNile. #JungleCruise https://t.co/ckMcGb1BOs

Where will they go next?

And it will be like Pirates of the Caribbean which after five movies I can't tell you the plot of any of them. #JungleCruise https://t.co/r0vZ3rz30l

Yeah. Probably. Man, the first Pirates was so good.

The sequel ideas are amazing

Listen Jungle Cruise but make it space is a great idea.

Okay, if we're doing #JungleCruise Sequel for real now: Since PART I did an "AGUIRRE" reference; obviously PART II should do "FITZCARRALDO" – Rock vs bad guys making the Natives drag a steam-ship over a mountain for "reasons;" get Herzog to play the lead villain 👍#JungleCruise2 https://t.co/nP0JWHJULm pic.twitter.com/lJHUDFQQ7H

All the movie references

People are throwing references as well.

The #JungleCruise movie is an instant classic for me. Super punny, compelling action, great leads, interesting villains. They should honestly think about adapting a cartoon version of the live action, reverse of what #disney normally does… https://t.co/r1dBO2uRp2

Honestly, an animated series could be pretty fun.

That would be something. Urban Jungle Cruise

yay! honestly, I had a blast watching Jungle Cruise, so I'm happy it's getting a sequel. Gimme more adventure films! https://t.co/FqLTNyQTlJ

Under normal circumstances, green-lighting a sequel to JUNGLE CRUISE would be insane based on its box office. But given how this came out during a pandemic and that Disney+ revenue helped alleviate its losses (and it DEFINITELY lost money), I get why they want another go at it. https://t.co/WtaqeEoe3U

Let’s see how it works without worrying about a global pandemic.

Are you excited about the sequel for Jungle Cruise? What other news about Disney are you hoping to hear? Let us know in the comments down below!