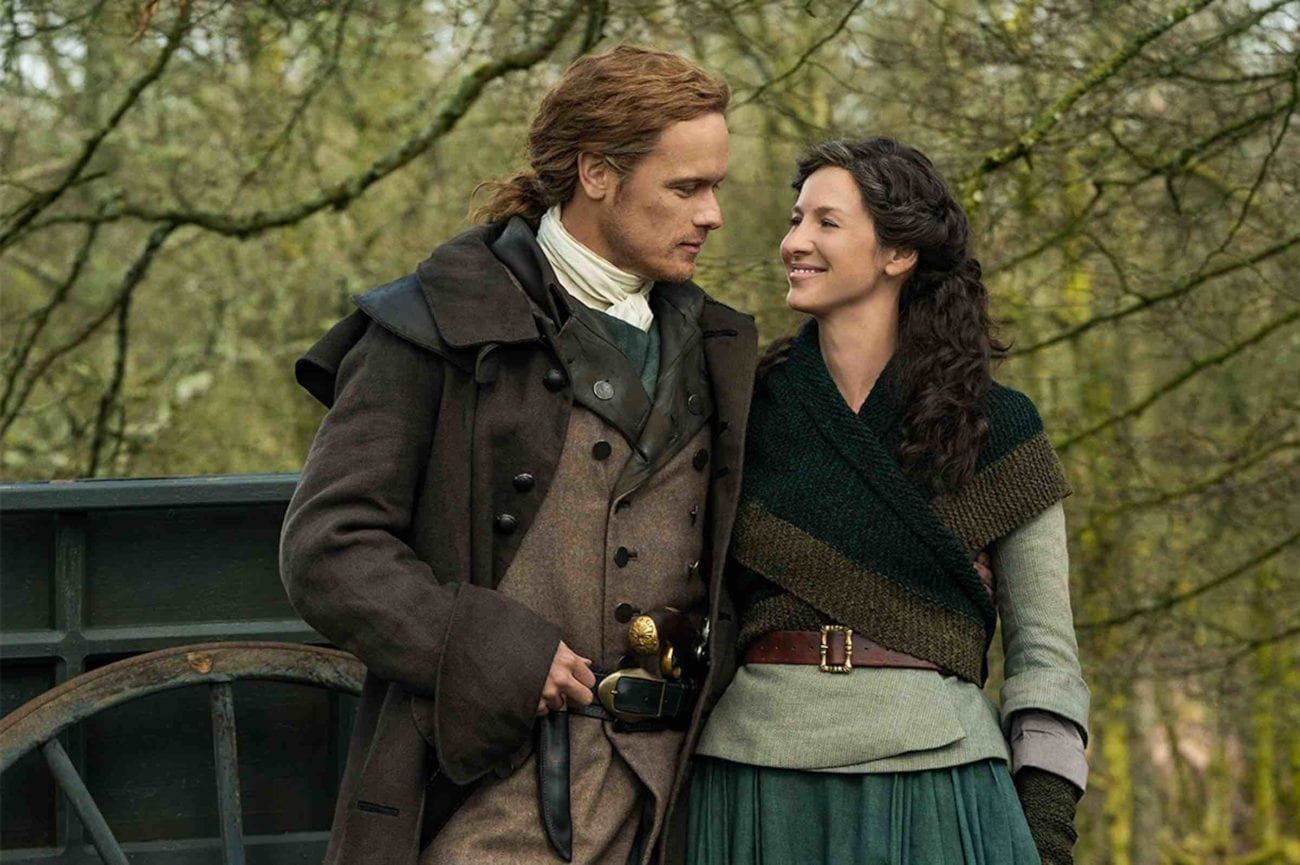 Jamie and Claire’s most heartwarming scenes in ‘Outlander’

Season 5 of Outlander is just around the corner—after a mighty long Droughtlander between seasons—and we’re gearing up for another round of lustful and seriously sexy episodes. But if we’ve learned nothing else from the show’s first four seasons, it’s that there’s real heart behind all of that electrifying orgasmic energy.

In addition to Jamie (Sam Heughan) and Claire’s (Caitriona Balfe) bountiful sex, we’ve been blessed with a number of truly heartwarming (and often heartwrenching) scenes that are teeming with emotion. That said, if you are strictly here for the steamy bits, check out our list of the sexiest Outlander scenes. For everyone else, and in light of the show’s fifth season, here are five of the most soul-stirring scenes from the beloved series. 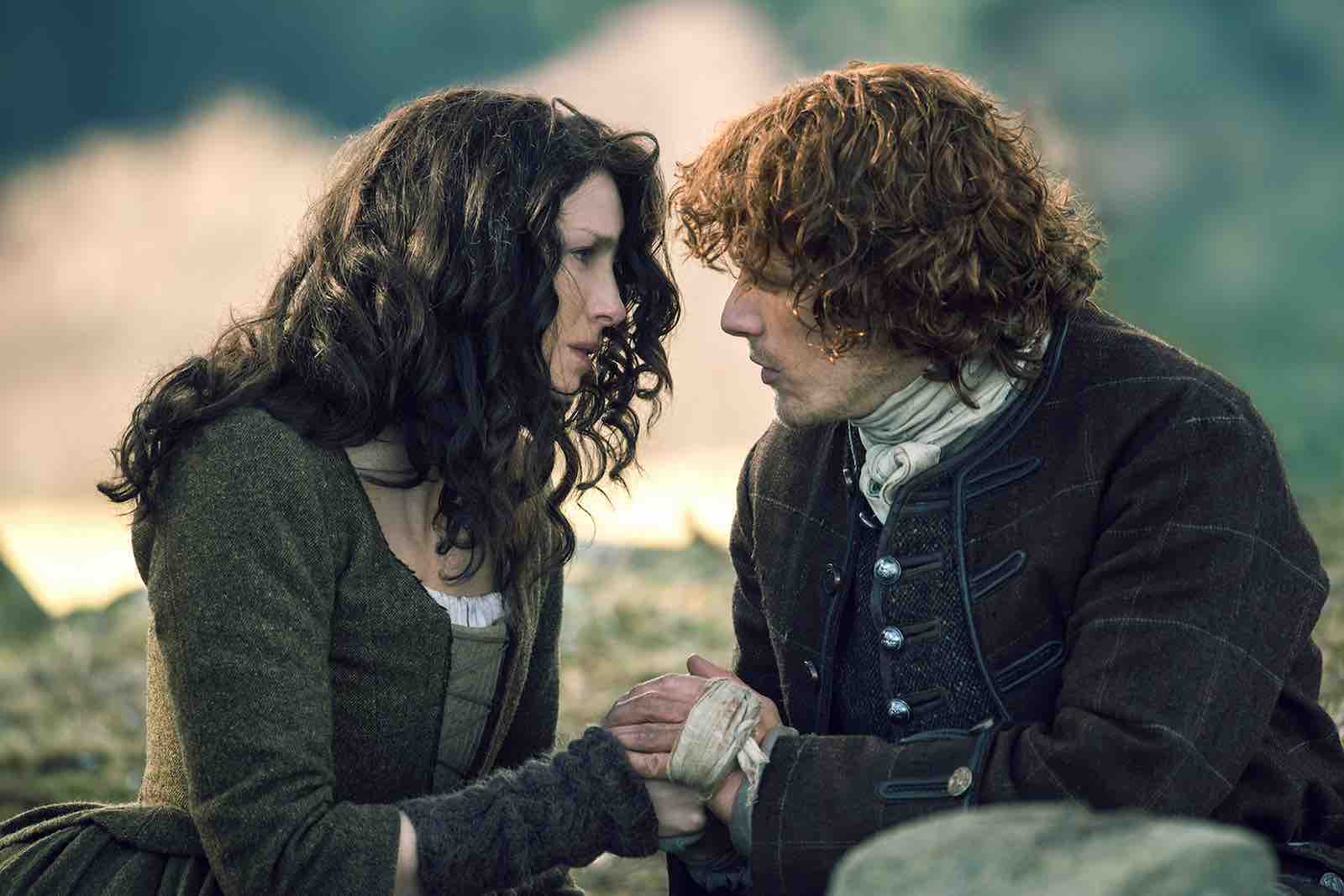 The 13th episode of the second season shows us one of the most emotional and talked-about scenes in Outlander—Jamie and Claire saying goodbye. Jamie knows the only way to ensure the safety of Claire and their unborn child is to send Claire back to her own time, regardless of how much it breaks their hearts.

Incredibly romantic & selfless, the moment is both a tear-jerker and a reminder that the show’s ability to surprise the audience is one of its greatest strengths. 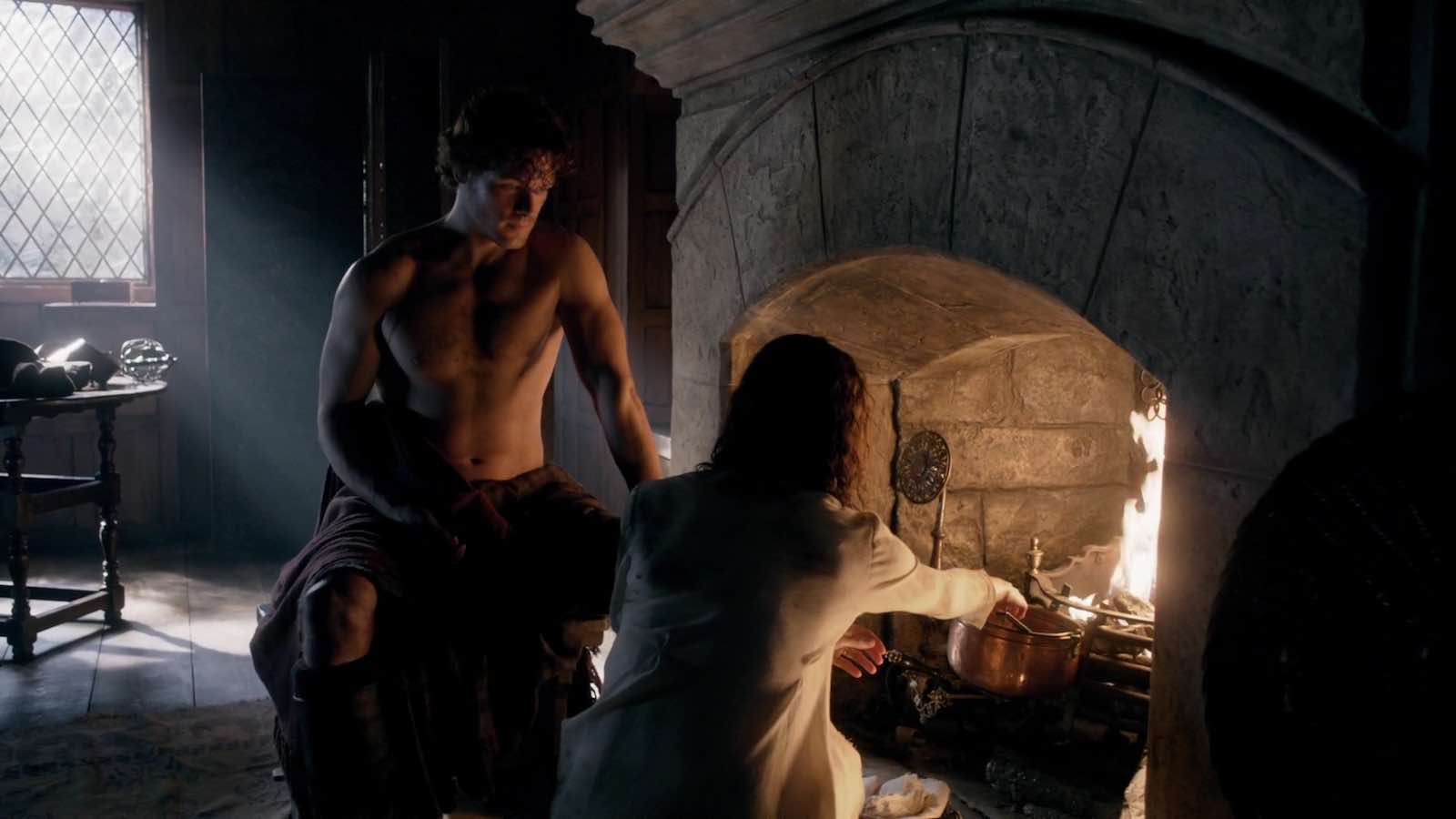 Jamie Telling Claire about His Scars in “Castle Leoch”

The very first episode of Outlander is largely focused on Claire, but viewers only have to wait until episode two for Jamie’s first big appearance: telling Claire about the Redcoats attacking Lallybroch and how he came to have a back covered in scars. Queue the tears. 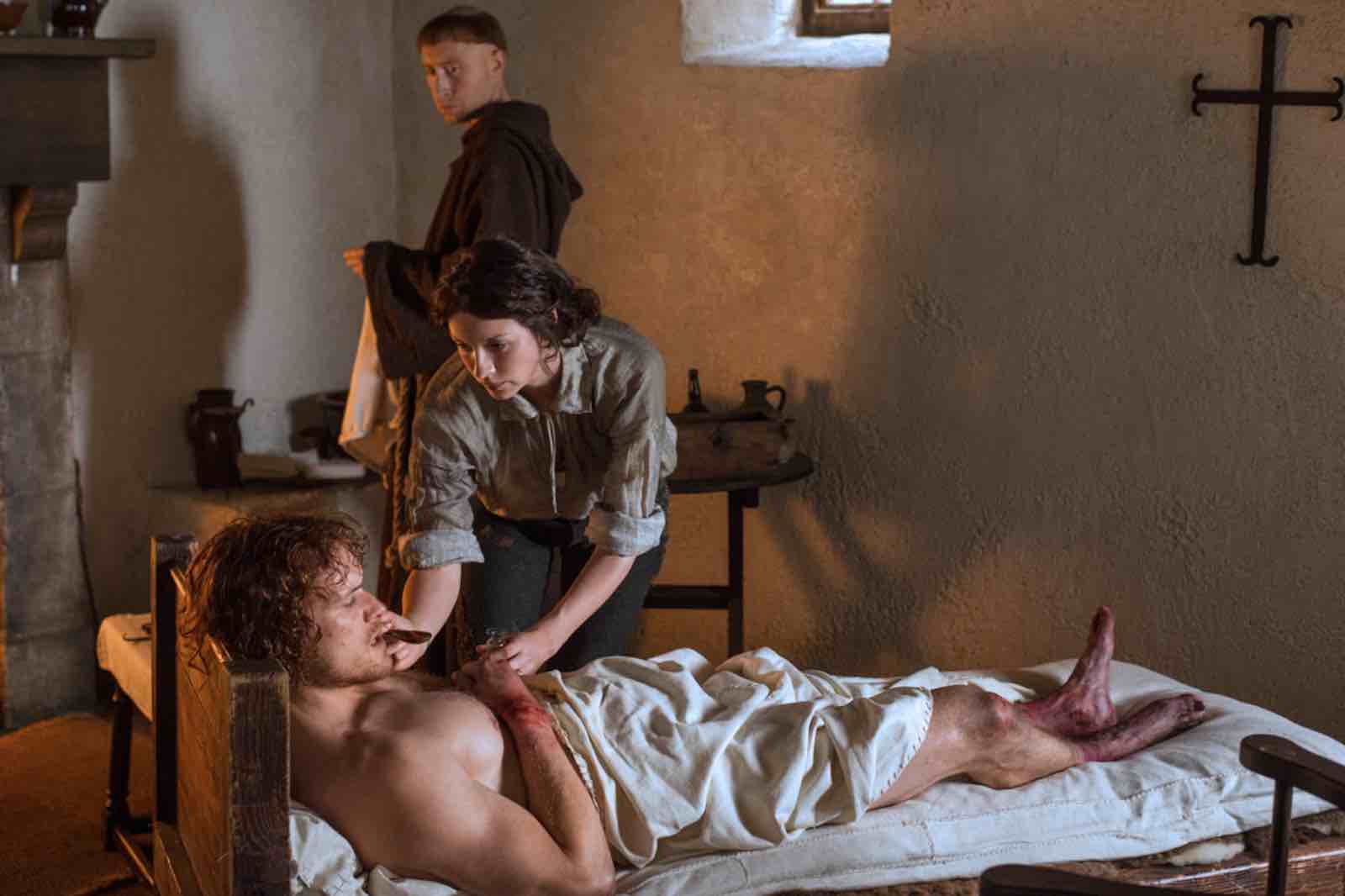 Jamie Recovering from Torture in “To Ransom a Man’s Soul”

As gut-wrenching as it is to watch Jamie be tortured by Black Jack in Outlander’s first season, it’s almost as difficult watching him in his recovery. For a fleeting moment it truly does feel as though he won’t return to Claire—the one person he’s in serious need of. 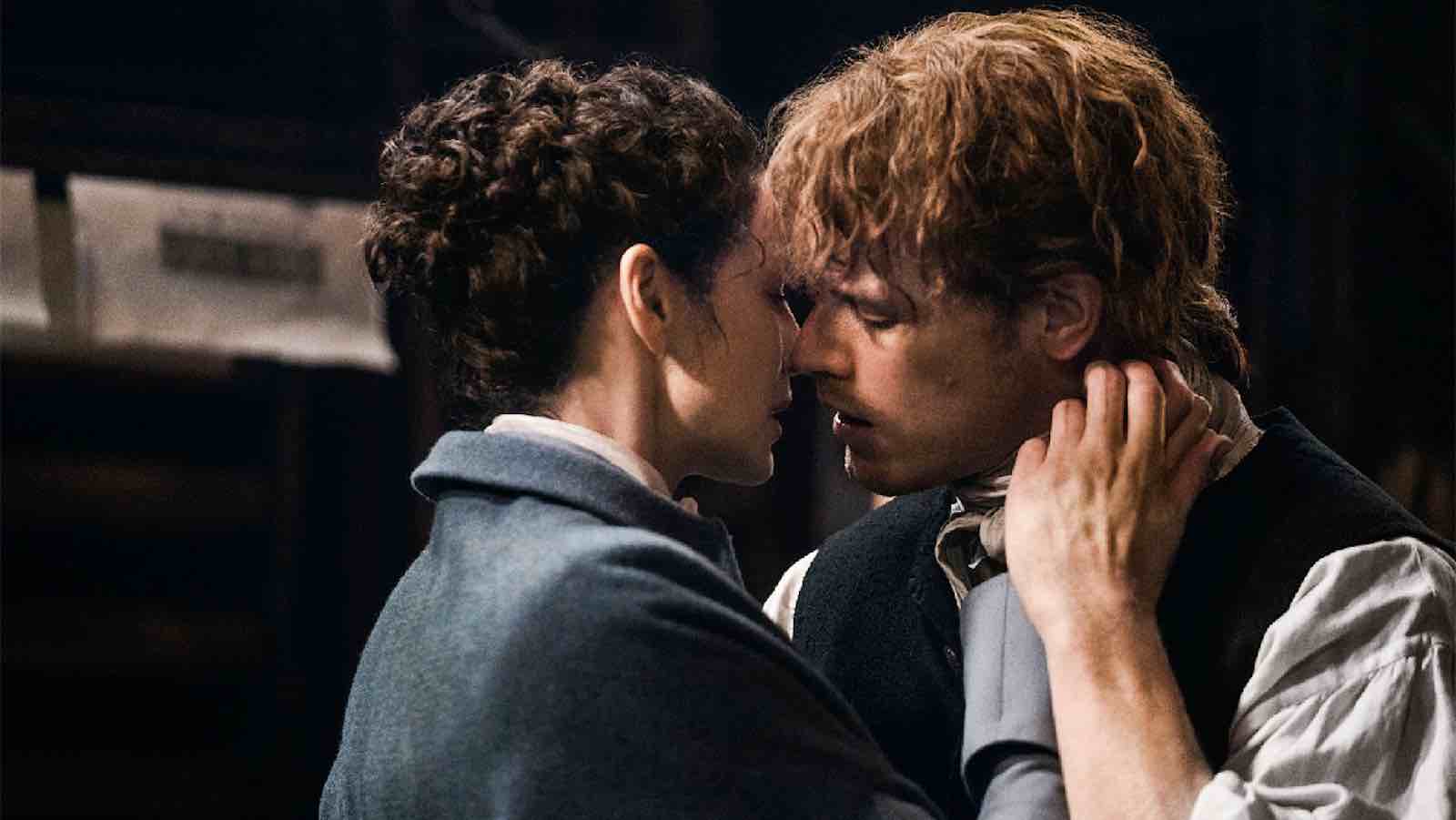 The Big Romantic Reunion in “A. Malcolm”

After decades apart, Jamie and Claire finally reunite in season 3. As they rekindle their emotional and physical bonds, the show spends a good deal of time on the couple’s more lustful pursuits. The gamut of emotions running through the episode is nothing short of swoon-worthy. 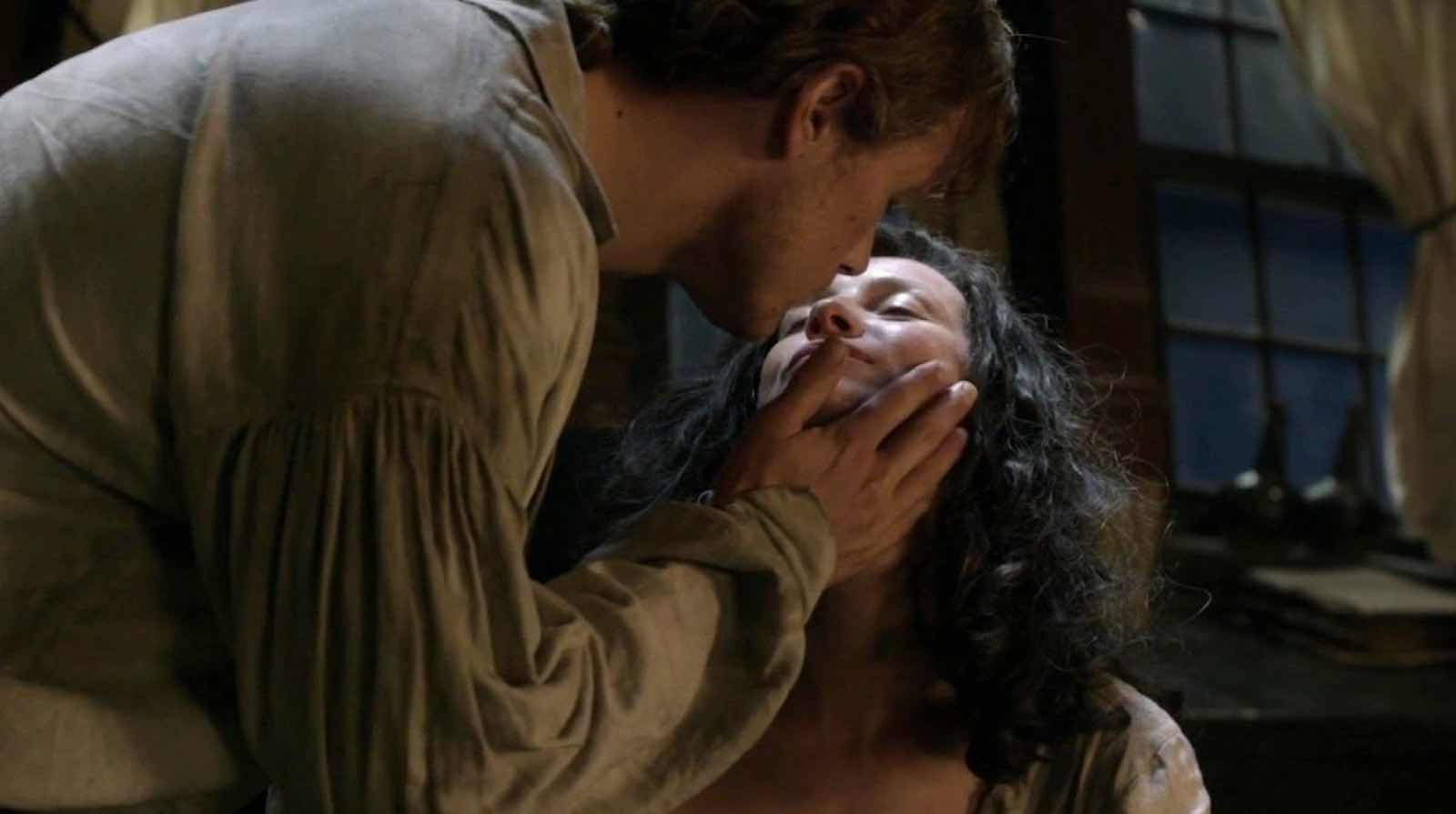 In one of its funniest scenes thus far, Claire has had her arm sliced open by a pirate’s cutlass—to stave off infection, she has Jamie give her a shot of penicillin in the bum, but proceeds to seduce him because she’s a bit drunk on the cooking sherry in Murphy’s turtle soup. Weird, but we love it! 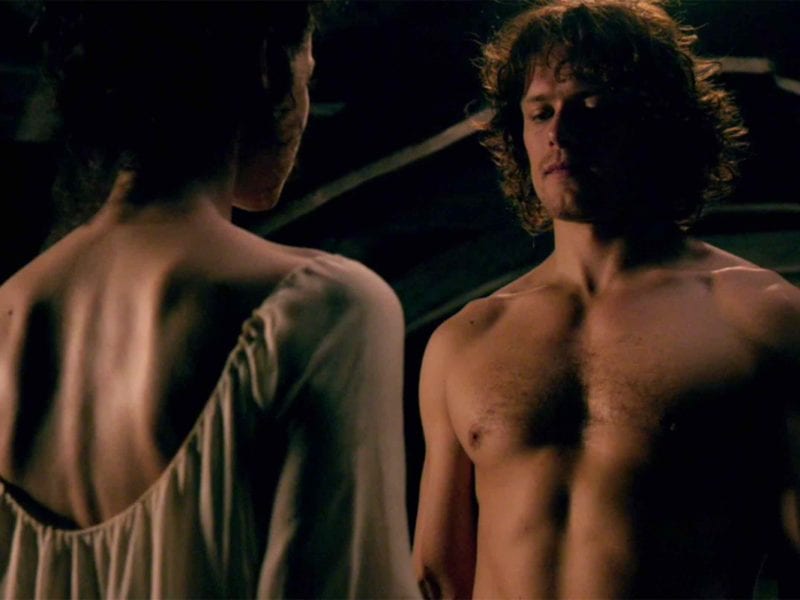 All the hottest Jamie Fraser moments from ‘Outlander’