Upper East Side won’t be the same: See the trailer for the ‘Gossip Girl’ reboot

Are you ready to head back to the Upper East Side, readers? One of the biggest projects for HBO Max has been the reboot/revival/sequel to the beloved CW series, Gossip Girl. Millennials & Zillennials will remember the iconic series, which launched the careers of several of its stars. Now, it looks to do the same with a new generation that’s under surveillance from the titular Gossip Girl.

In an update for the series, however, Gossip Girl is less of a blog and more of a social media platform. What does that mean? We have no idea, but the young elite are about to find out what it means to live under the surveillance of Gossip Girl xoxo. That aside, the first teaser for the series is here, and it leaves us with more questions than answers about what’s to come.

What does the teaser tell us about Gossip Girl

Details for the Gossip Girl reboot have been kept under such tight wraps, you think this was a production of a Marvel movie. The teaser gives us nothing in terms of plot. Instead, we see the new cast of Gossip Girl lounge around together, taking selfies, making out, and drinking alcohol that reminds us that booze laws are just to be ignored in these sorts of series.

What we do get, however, is the return of Kristen Bell’s narrator, speaking for whoever the new Gossip Girl is. And she is relishing it. The way she starts off the teaser by purring out, “You’ve gotten so comfortable”. Fans of the original series are screaming right now. Throughout the trailer, we also see the iconic XOXO again and again of GG’s sign off.

We have nothing except that Gossip Girl has returned in a big way.

Well, we did get a synopsis

We did get a brief synopsis of what to expect from the series. Again, it doesn’t give us much, but it’s something. It reads, “Eight years after the original website went dark, a new generation of New York private school teens are introduced to the social surveillance of Gossip Girl. The prestige series will address just how much social media — and the landscape of New York itself — has changed in the intervening years.”

This largely tracks with what crumbs of information that Gossip Girl has been giving fans about the reboot. Largely, there is a greater commitment to diversity which wasn’t there in the original series. Star Emily Lind said of this, “IIt shouldn’t be this new, exciting thing to talk about, it just exists. It’s about normalizing things that used to be different or taboo.”

Her co-star Jordan Alexander also previously said about the Gossip Girl reboot, “We’re just keeping an open mind, staying true to the essence of Gossip Girl but with a completely different take on it.” Based on the trailer, we’re definitely getting those Gossip Girl vibes. So we’re insanely curious to see where things will go next for the reboot. Maybe getting a trailer soon? 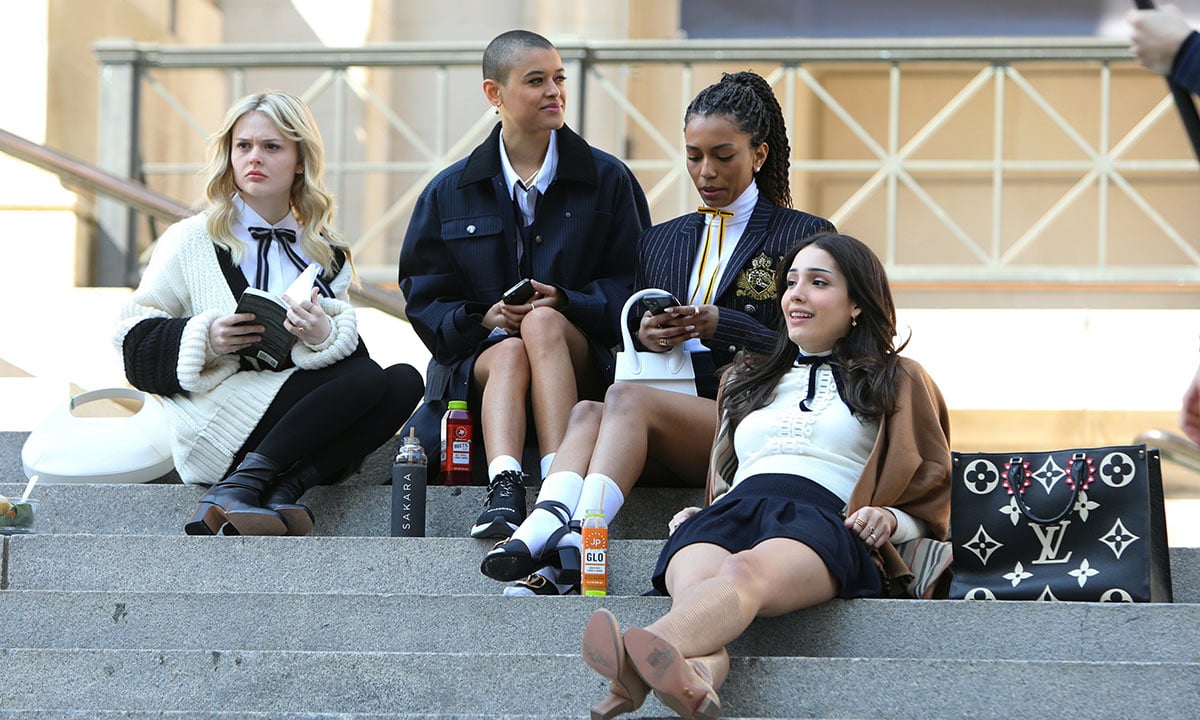 When will the Gossip Girl reboot drop?

Gossip Girl will drop on July 8 on HBO Max.

What do you think of the teaser for Gossip Girl? Do you like it or hate it? Be sure to share your thoughts in the comments down below and let us know! XOXO Film Daily.