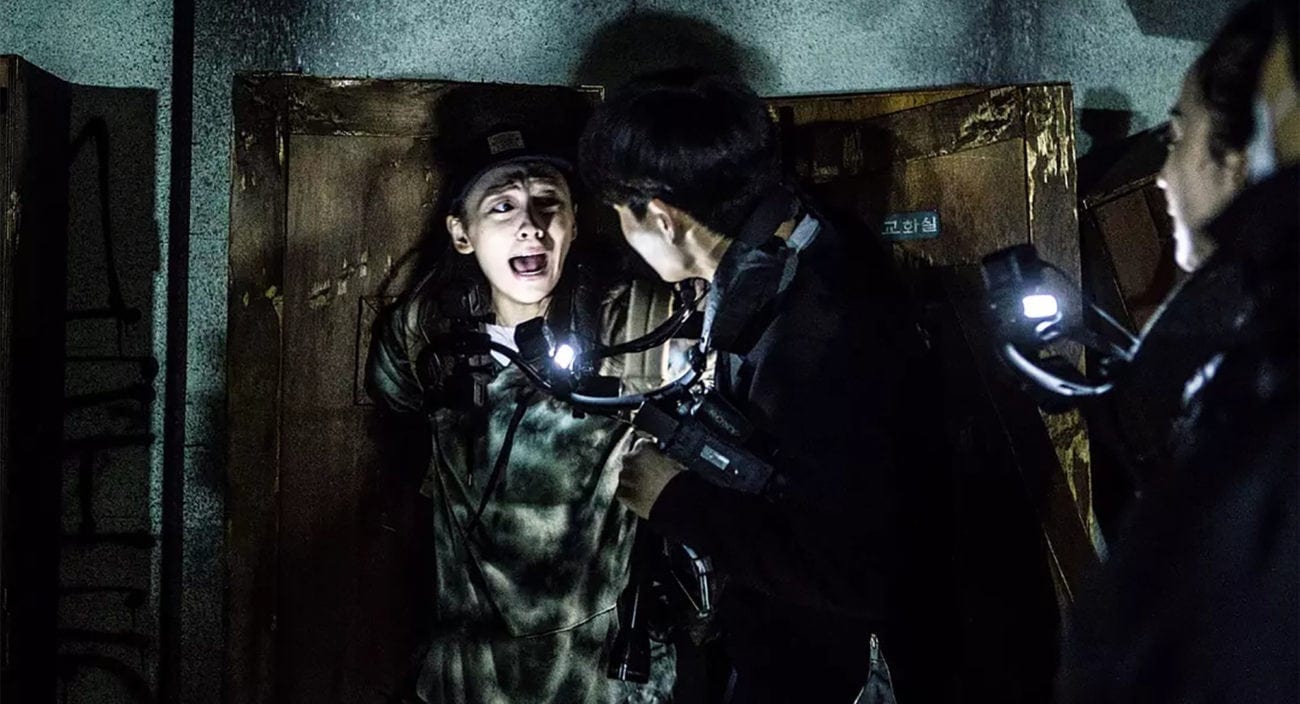 How ‘Gonjiam: Haunted Asylum’ is a masterclass in Korean scares

South Korea has been doing particularly well with its vast array of horror / thriller films at the box office recently. Chang-hee Lee’s The Vanished sat at number 10 last year, and 2017 gave us director Jung Huh’s The Mimic, the first Korean horror movie to break the one-million admissions barrier in four years.

Gonjiam: Haunted Asylum uses the found footage trope and packages it into a live-streaming mold. The film sees seven individuals live broadcast their attempt to take on the infamous Gonjiam Psychiatric Hospital – a facility previously abandoned, allegedly after a series of mysterious patient deaths.

What begins as an attempt at clickbait and sponsorship soon devolves into a nightmare as characters realize what audiences have always known – don’t go in there! But despite the incredibly overused storyline, the film does wonders for fear fanatics by giving them absolutely. . . nothing.

As our heroes finally begin their broadcast of the haunted hospital, audiences are often left literally in the dark as lights go out, cameras fall out of focus, and objects cover lenses. This blackness is then undercut with hints of dark grey, giving the impression of activity on the very edge of visibility, but just out of reach.

The movie uses this technique as a way to tease viewers and – when combined with the fact that there are little-to-no added sound effects or music – ensure that tension runs high throughout (you can unclench now).

Even when there is action – aside from a couple of jump scares – it is mostly obscure. Viewers are left to imagine what might be out there, patiently waiting in the dark for an opportunity to attack our heroes. Spoiler alert! They do.

What results is a tense ride that has legitimate scares sprinkled throughout the third act. Fans looking for more visceral horror (and those lacking creativity) will be disappointed, but this film simply isn’t about that. Gonjiam: Haunted Asylum takes a real-life urban legend and frightens you with what made it scary to begin with – the unknown and your own imagination.

In the coming months, South Korea will be releasing movies from visionary directors such as Kyung-min Ko (Deja Vu) and Jang Hyuk-Jae (Control). While Hollywood’s recent horror smashes like A Quiet Place and Annabelle: Creation suggest its studio system is fast running out of ideas, many horror fans are looking to South Korea for their next scare.

If the recent influx of genre entertainment from South Korea shows us anything, it’s that the best frights are yet to come. 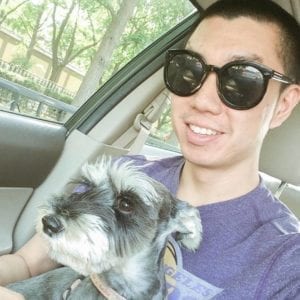 Ethan Yun is a writer who has more guilty pleasure films than legally allowed. When he has time, Ethan likes to dabble in gadgetry or indulge in violent sports. He scares easily but is trying to change.