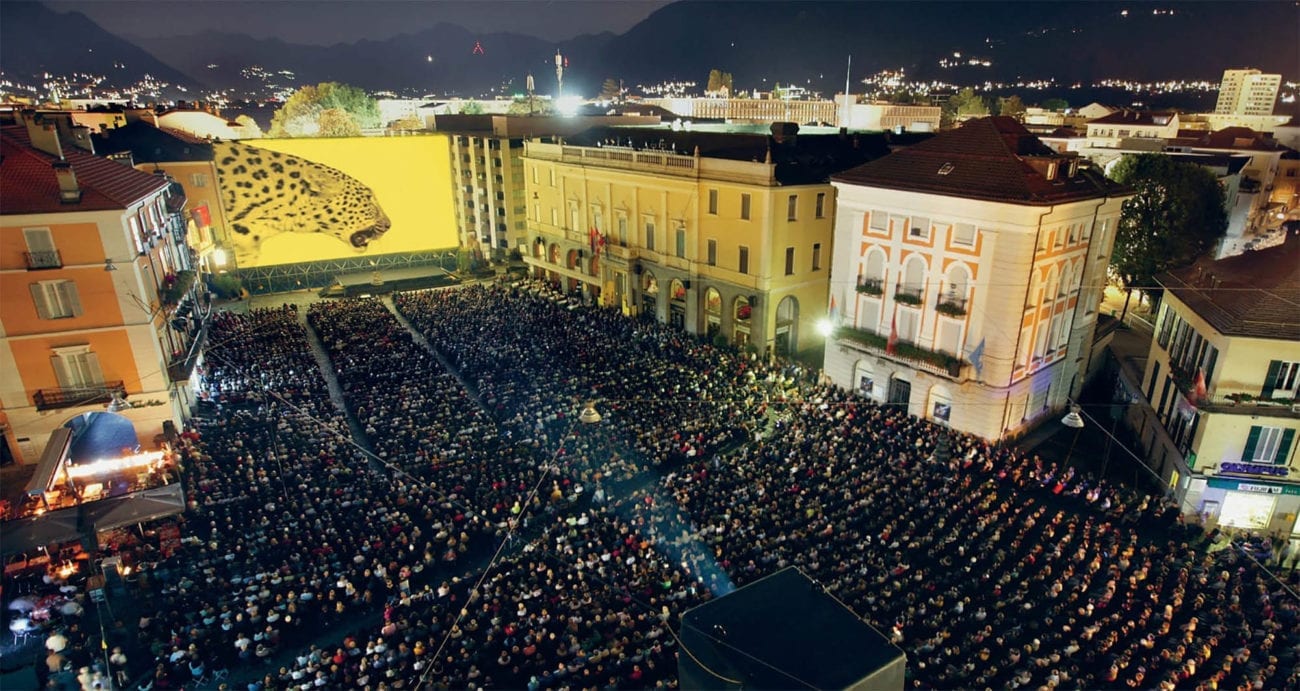 Everything you need to know about the 2018 Locarno Festival

The Locarno Festival is the regarded annual film festival held every August in the stunning, mountainous setting of Locarno, Switzerland. Founded in 1946, it is one of the longest-running feature-length and short film festivals and has earned itself a reputation over the years for being a prestigious platform for art house flicks.

With the 2018 event just around the corner, we’re turning our spotlight to the upcoming edition of the Locarno Festival, which will be artistic director Carlo Chatrian’s last year before he takes over the Berlinale. Once again, the slate is packed full of a wide variety of unique and spectacular movies from established filmmakers and up-and-coming directors.

The 71st Locarno Festival will take place from August 1 to 11, with a diverse program filled with shorts and features from international talent. This year’s Piazza Grande includes 17 full-length features and one short film, nine of them world premieres.

Elsewhere, there are 13 world premieres in the main competition, Concorso Internazionale, which is characterized by films with women at their center. Director Jia Zhang-ke will serve as president of the jury to award the Golden Leopard this year. Chatrian noted that although only three of the 15 titles competing for the prestigious Golden Leopard award are directed by women, “a large number of the films are portraits of women.”

This includes US director Kent Jones’s directorial debut and Tribeca hit Diane, starring Mary Kay Place (Girl, Interrupted), and Romanian auteur Radu Muntean’s teen pregnancy drama Alice T. Variety added that other female-centric movies making up the main competition section are: “Sibel by Çagla Zencirci and Guillaume Giovanetti, whose protagonist is a young, rebellious mute woman; and Iraqi director Abbas Fahdel’s Yara, about a young woman who lives with her grandmother in an idyllic Lebanese village ‘where politics and the female condition in the Arab world come crashing in.’”

Other program highlights include director Ying Liang’s semi-autobiographical feature A Family Tour, Yeo Siew Hua’s disturbing Singapore-set thriller A Land Imagined, and artist Richard Billingham’s filmmaking debut Ray & Liz – a feature based on photos taken from his childhood being raised in a life of poverty and abuse in a tower block council flat during Thatcher-era Britain.

In terms of blockbusters, The Equalizer 2 will air in the Piazza Grande, seeing Denzel Washington star as Robert McCall, who returns to deliver his special brand of vigilante justice when thugs kill his friend and former colleague. Meanwhile, the numerous up-and-comers are mixed with the work of regarded auteurs, including South Korea’s Hong Sangsoo, who will premiere his Hotel by the River at this year’s event. Yolande Zauberman is back on the circuit too and vying for the Golden Leopard with the documentary feature M – about a young man who returns to his ultra-Orthodox Jewish home town where he was abused.

This year’s Locarno will be opened by director Vianney Lebasque’s Team Spirits, based on a real-life sporting scam involving a basketball team that faked being disabled to take part in the 2000 Sydney Paralympic Games. Meanwhile, the closing movie will be Benoît Delépine and Gustave Kevern’s I Feel Good, about a man who deals with his mid-life crisis by getting into providing low-cost surgery. Whatever happened to just buying a sports car?

For the first time ever in the festival’s history, a series will be headed to the Piazza Grande, represented by French director Bruno Dumont’s miniseries Coincoin et les Z’inhumains – an absurd and comical filmic world that focuses on the omnipresent banality of evil found in our daily lives.

Locarno is famed for its star-studded guestlist, with this year’s edition featuring Ethan Hawke, who is set to receive the festival’s Excellence Award while presenting the international premiere of Blaze – a biopic that delves into the true story of unsung country music legend Blaze Foley, said to have given up paradise for the sake of a single song. Meg Ryan will also make an appearance to collect the Leopard Club Award, which will be accompanied by the screening of Jane Campion’s In the Cut and an audience meet-and-greet.

Of course, the festival will also be looking to the past by honoring some of the cinematic greats with a number of tributes, including to Kyle Cooper with the Vision Award – dedicated to those who have used their talents to create new perspectives in the world of cinema. The US filmmaker and graphic designer will be a guest in Piazza Grande on Sunday 5 August and the tribute will be accompanied by a screening of Se7en.

Locarno will also pay tribute to the prolific career of the Taviani brothers and honor the memory of Vittorio Taviani, who died last April. Director and screenwriter Paolo Taviani will make an appearance at the Piazza Grande and the tribute will be accompanied by the screening of their film Good morning Babilonia (1987).

With dozens of movies set to premiere at the singular Swiss festival and a lineup featuring top picks from Sundance, Tribeca, and Cannes, as well as new titles from returning favorites and up-and-coming talent, Locarno looks set to play host to yet another buzzworthy edition of its annual film festival.