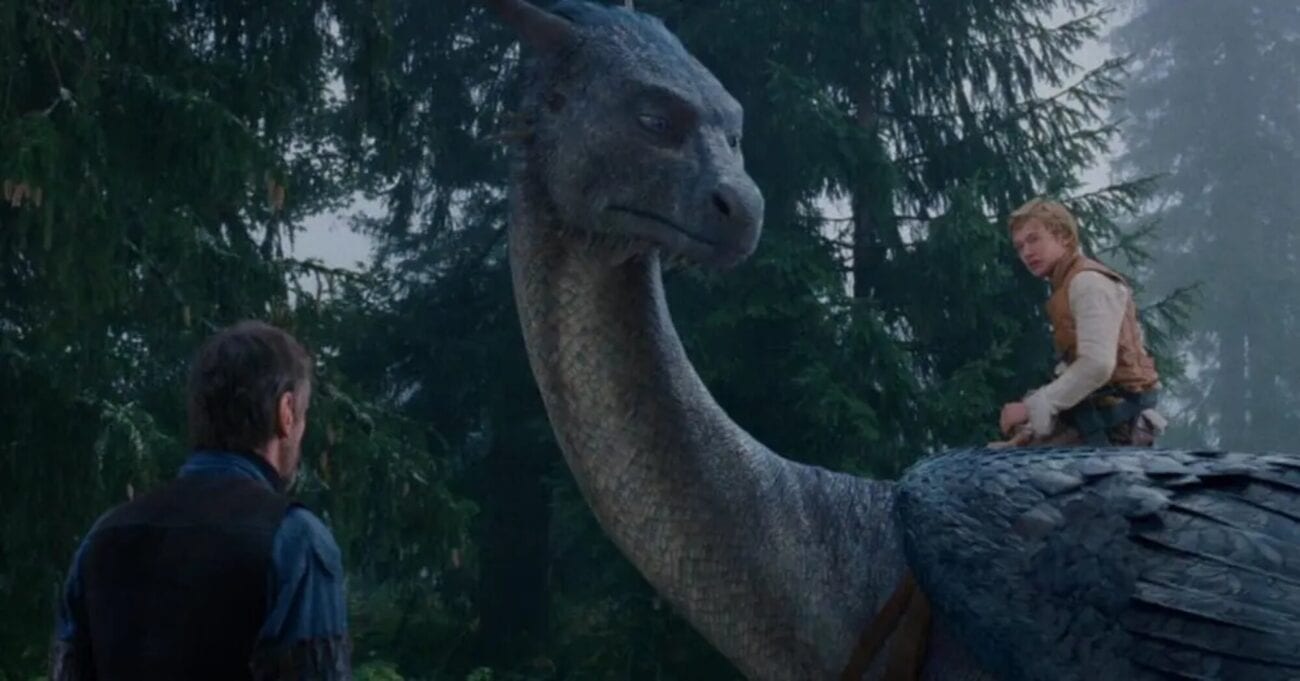 Disney has remade ‘Eragon’: Reminisce about the original movie

If you remember Eragon, then we’re sure you must understand just how iconic of a book series it was when it first came out. Following the popularity of other book series like Harry Potter, Narnia, The Lord of the Rings, and more, Eragon was also so well-loved that it was eventually developed for the big screen. However, just like Percy Jackson, while the books were widely popular, the movie was not as well-received.

The movie Eragon came out in 2006 and was highly anticipated by fans of the series. However, while it did make $250.4 million dollars at the box office with a 100 million dollar budget, the film ended up being an entire mess. It currently holds a low score of sixteen percent on Rotten Tomatoes with a forty-six percent audience score, and thirty-eight percent on Metacritic. . . Yikes.

While it was initially planned to be a franchise, the Eragon movie was so poorly received by both fans of the book series as well as critics that it was left behind in the dust. Over a decade after the release of the movie, however, there seems to be a spark of hope for long-time, loyal Eragon fans. Will there be a remake of the disaster of the original movie? Find out if there’s a chance for an Eragon redemption here.

Bring the thunder Alagaësians! Let @Disney hear you roar! Use the hashtag #EragonRemake, mention @Disney in the body of the tweet, and let them know we want to see a proper Eragon adaptation!
.
More info here: https://t.co/smmYs9ufPY
.
Music by @dnbnumbra pic.twitter.com/igAv0SeMX1

It seems that these days, every old TV show, movie, or book series is getting a second chance. With reboots of classic TV shows like iCarly or Gossip Girl, it’s safe to say that we’re all just getting a little bit nostalgic. Hey, if the failed Percy Jackson film series is getting a second chance in 2021, then who’s to say Eragon can’t? So what is the likelihood that the fantasy series can come back and get another shot?

Well, it seems likely, as recently, fans all over the world have been calling for an Eragon remake campaign. Loyal fans of the book series who were disappointed in 2006 from the disastrous Eragon movie have come together on Twitter to ask Disney Plus to recreate the film. After all, it was Christopher Paolini, the author of the original novels, who called for fans to join this campaign in the first place.

On June 20th, 2021, legendary author Christopher Paolini tweeted out to his fans: Bring the thunder Alagaësians! Let @Disney hear you roar! Use the hashtag #EragonRemake, mention @Disney in the body of the tweet, and let them know we want to see a proper Eragon adaptation!” He included a video of animated dragons flying through dark clouds with lightning and thunder. And of course, fans were 100% on board.

PICTURE THIS: It's 2023, a cold winters night, and you're about to watch the best show you've ever seen because @Disney decided to do the #EragonRemake pic.twitter.com/T7CMh1mDKB

We need the remake

The people have truly spoken. Christopher Paolini’s tweet for an Eragon movie remake was met with tons of agreement from fans who have been frustratingly waiting these past years to see their favorite book series get one more chance at a proper live action remake. The hashtag #EragonRemake even began to trend worldwide on Twitter. Come on Disney, give the people what they really want!

Some fans even went all out to photoshop what a potential Eragon movie ad campaign can look like, and some even created their own takes of an Eragon animation. Christopher Paolini also included a part of his website to the campaign. After all, this exact scenario is how Percy Jackson was given the green light for a reboot, so we can’t blame Paolini and his fans for also shooting their shot at Disney.

So what do you think? Will Disney listen to what the people want? How would you feel about an Eragon remake on Disney Plus? Would you rather prefer to see an Eragon TV series or an Eragon film franchise? Let us know your opinions in the comments.