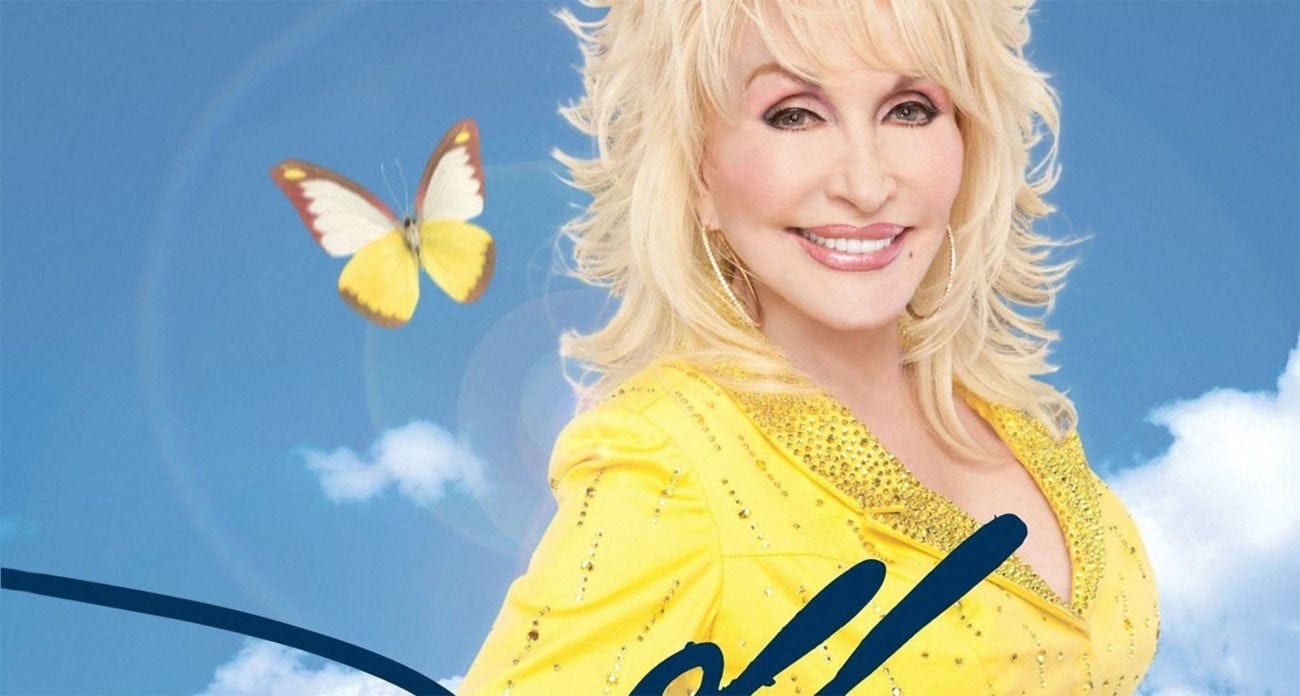 As if we need any more reasons to love Lily Tomlin (I Heart Huckabees) and Jane Fonda (Book Club), the two may have accidentally revealed that Dolly Parton has a Netflix show in the works while talking at the recent FYC panels.

Though the two remained tight lipped about S5 of Grace and Frankie “for fear” of spoiling anything Netflix didn’t want them to say (as Fonda put it), Tomlin accidentally let slip the big news about their 9 to 5 co-star while explaining why Parton is difficult to get as a guest star on the show.

To the surprise and delight of the crowd and Fonda, Tomlin stated, “We’d like to see Dolly and we keep hoping we’ll work out a schedule, but she’s just so busy. She does so many things, and now she has a big show deal herself at Netflix, so I don’t know.”

After Fonda questioned Tomlin’s revelation, she explained further about what she knows about the show. “It’s a show – Sam Haskell, her partner, they’re going to do a series about Dolly’s songs, like she did with Coat of Many Colors and all that stuff.”

Netflix representatives have reportedly declined to comment on the matter, which we’re going to speculate could be their silent way of confirming this exciting news, but who knows? Meanwhile, none of this is to say that Parton won’t eventually enjoy a guest appearance in Grace and Frankie with Tomlin stating, “she’ll be in it when it calls for her.”

We’re huge fans of the country music legend who’s a true icon of the stage and screen and we hope to see on the small screen again soon. Here’s our ranking of our six favorite performances from Parton’s dazzling acting career.

Parton essentially played herself in this recurring guest role on the classic children’s show centered around the young life and career of Miley Cyrus’s (LOL) alter ego. As you might expect, Parton plays a heightened version of her own persona and appears to take great pleasure in having a little bit of fun at her own expense.

Bob Clark’s musical comedy is renowned for being an absolute oddity and a bit of a dud. However, we also have a bit of a soft spot for it, mostly due to Parton’s irresistible performance as a country singer (quite the stretch!) teaching Sylvester Stallone’s (Rocky) hapless cab driver how to become a country star in order to win a bet.

As you can imagine, Stallone’s singing leaves plenty to be desired but – bless her heart – Parton beams through every scene as though he’s the second coming of Hank Williams.

We can only hope that whatever genius had the bright idea to put Parton in a film opposite Queen Latifah (Chicago) was compensated with bottomless bags of money and some sort of an award.

The musical comedy from Todd Graff (The Abyss) sees the two stars facing off against each other (to great effect) and provides plenty of opportunities for the two to play up their bitchy sides and show off their incredible respective musical talents alongside Keke Palmer (Scream Queens), Jeremy Jordan (The Flash), and Courtney B. Vance (Space Cowboys).

Do yourself a favor, folks. If you haven’t seen Barnet Kellman’s (Murphy Brown) romantic comedy in which Parton plays a small town girl who accidentally becomes a radio host, you absolutely need to.

Parton is like Frasier Crane (Kelsey Grammer) without the medical degree, snootiness, or tweed suits, and there’s plenty of classic 90s comedy hijinx to be enjoyed concerning the disproportionate levels of public outrage involved in her character not being a real doctor. It’s a gem!

The movie you most definitely watched and at least one female family member sobbed her heart out to when you were a kid, Steel Magnolias is a heartbreaking drama about the infallible bonds of sisterhood.

Parton shines alongside an incredible cast of women including Sally Field (Lincoln), Shirley MacLaine (The Apartment), Julia Roberts (Pretty Woman), and Daryl Hannah (Blade Runner) and is the absolute sweetest part of a gloriously saccharine movie.

The 80s comedy classic which birthed one of Parton’s most iconic hit songs also features her finest performance as an office worker reaping revenge against her power mad, chauvinistic pig of a boss. Helping her fight back against sexual harassment and poor working conditions are Fonda and Tomlin and they make for one of the most formidable and funniest trios of women ever celebrated on screen.