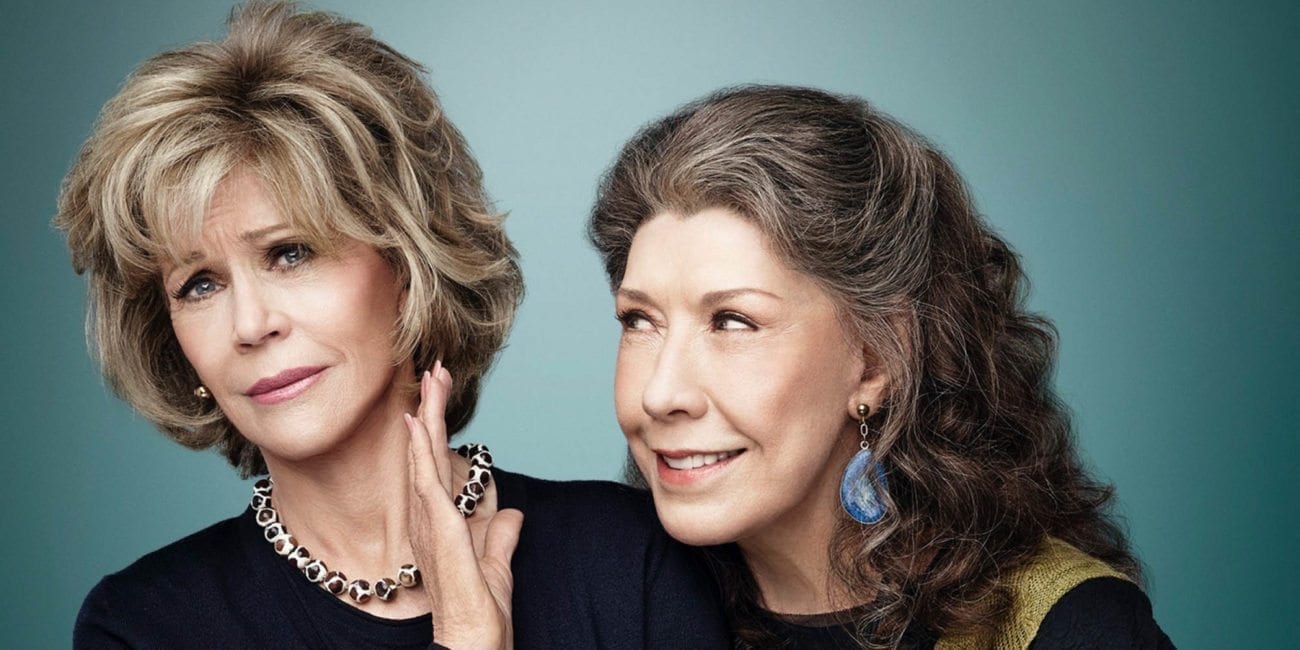 Here’s hoping you’ve hidden the ayahuasca and got some vodka on ice. Let’s revisit some of the relatable moments from Grace and Frankie concerning friendship. The show offers one of the most complex and realistic portrayals of female friendship on TV – and that’s applause-worthy.

For starters, Grace and Frankie’s relationship is never idealized: we see the highs of their friendship along with its lows. Grace And Frankie is also spectacular at celebrating the specific nuances of female friendship, highlighting the thrill of empowerment one woman can find in a platonic connection with another – in addition to the simple, yet monumental, everyday joy from having that buddy you know is your number one, no matter what.

As Grace And Frankie makes clear, that sort of connection is timeless. But it also has its fair share of quirks. Here are 10 times that was perfectly clear in the show. 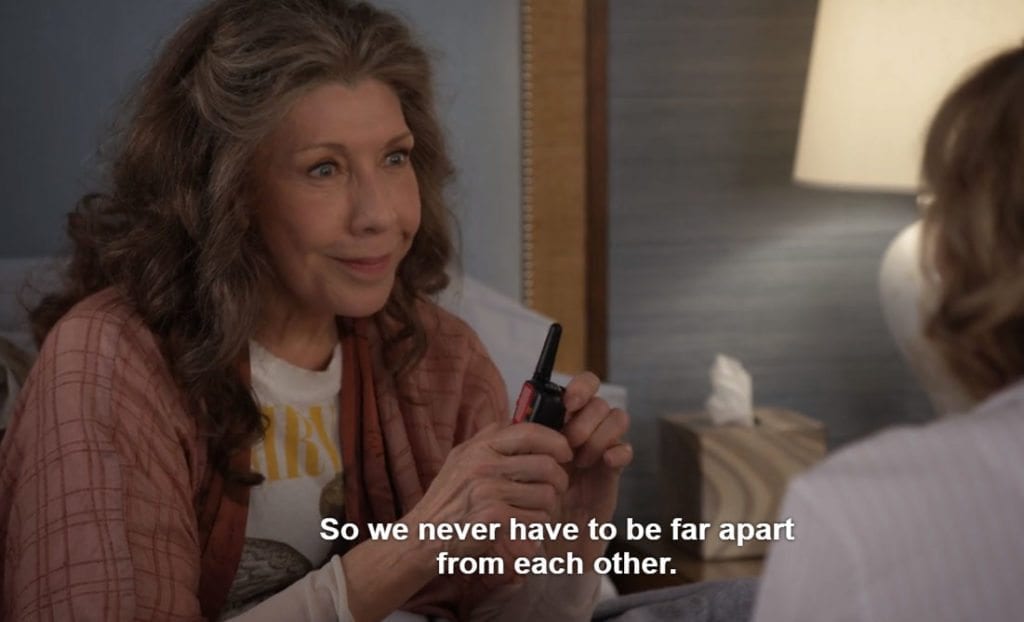 1. When they used walkie talkies to stay in touch around the house

It was the only alternative to Frankie sleeping in Grace’s bed with her when she was feeling vulnerable – and it’s oddly relatable for every woman who has ever lived with her best friend (and struggled to maintain boundaries). 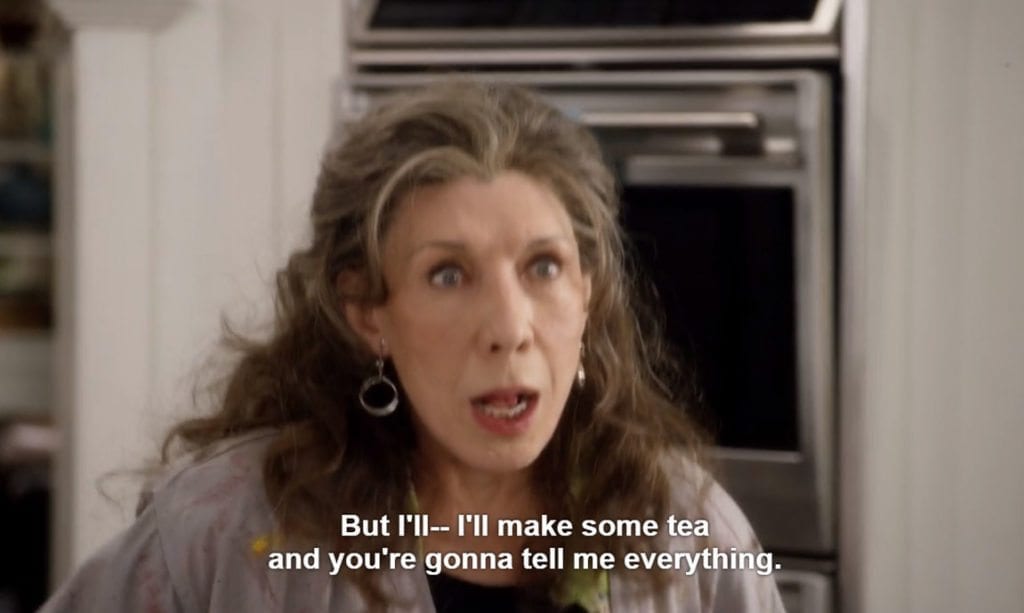 2. When they realized they were now friends who could dish their darkest secrets

Grace divulges a big secret she was once unfaithful to Robert. It’s a major milestone Frankie celebrates by fixing up some tea while she urges Grace to spill some “hot tea” of her own. These are the foundations of a tight bond, ladies. 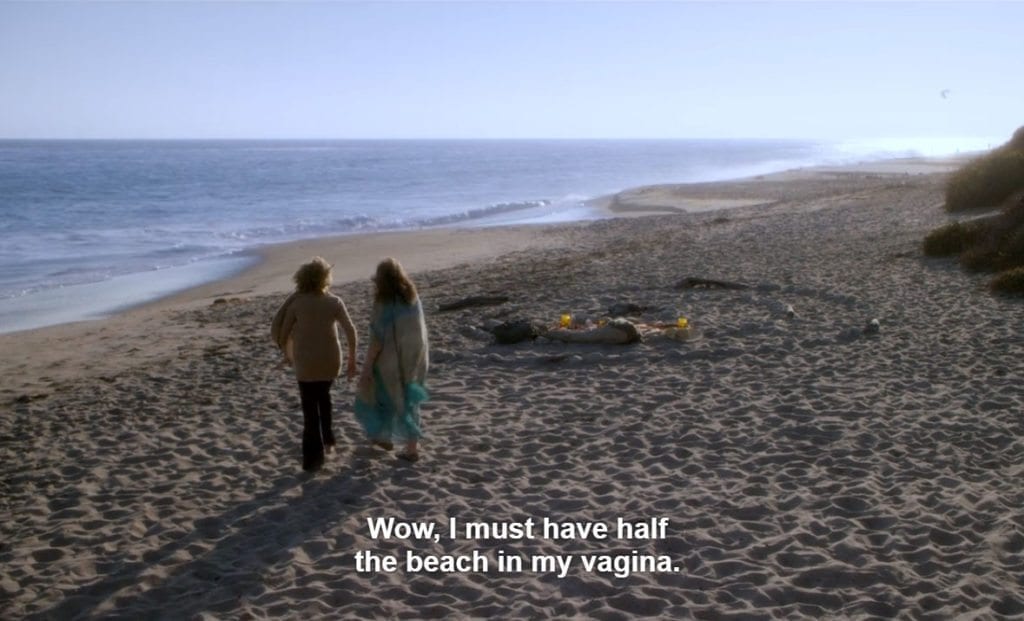 3. When it first became apparent they would share anything and everything with each other

It marked the first of many times the duo would be unflinchingly honest with each other about something that probably could have gone without saying. But it’s also exactly what your best friend is there for! 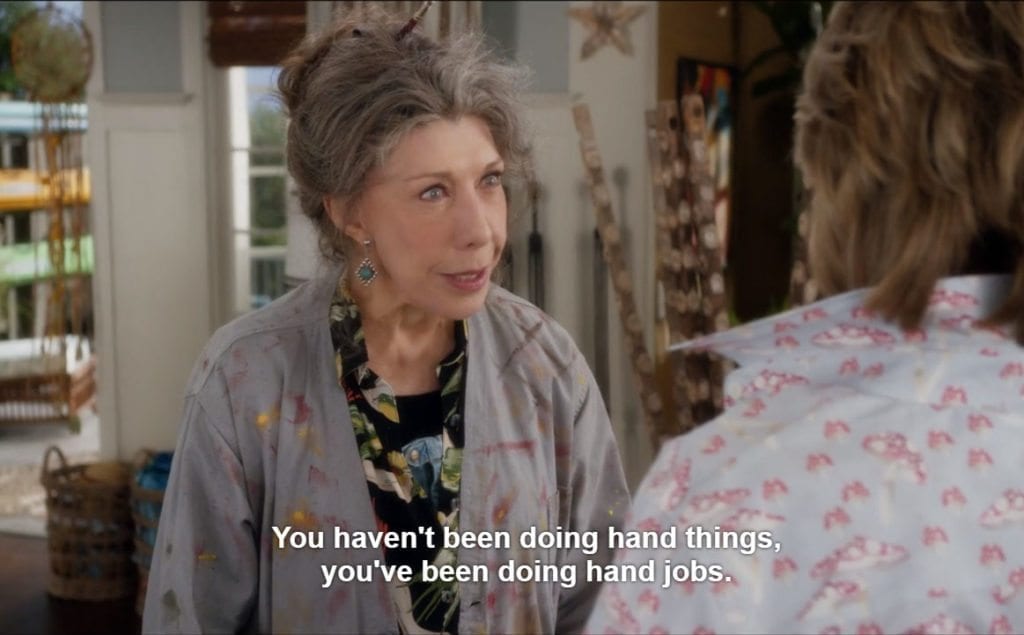 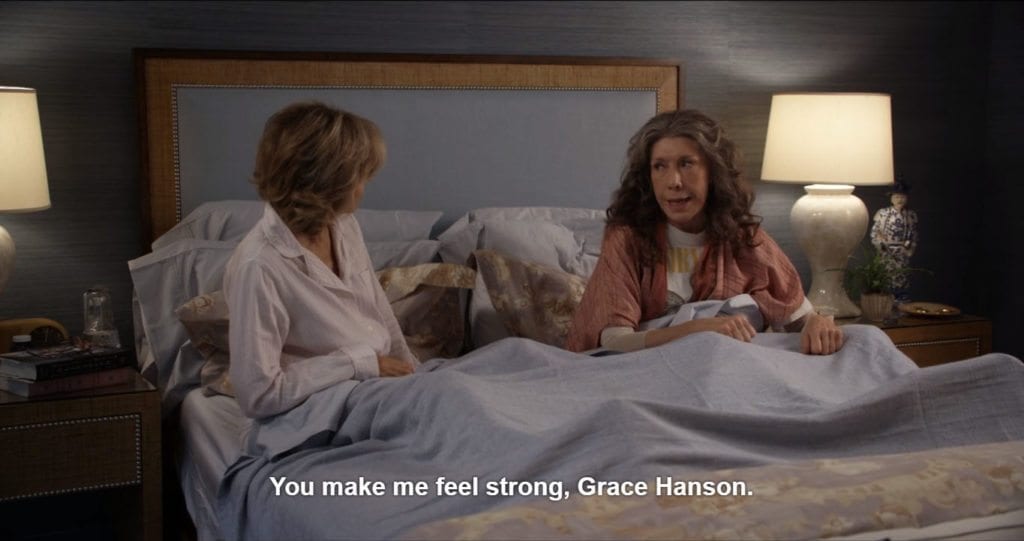 5. When they celebrated each other’s strength after being burgled

In a bid to restore Frankie’s confidence, Grace reminds her she started a business in her 70s and scored a hot boyfriend. She’s just a total boss. Frankie responds by telling her she couldn’t have done it without her and yeah, we could all relate and most definitely did a cry about it. 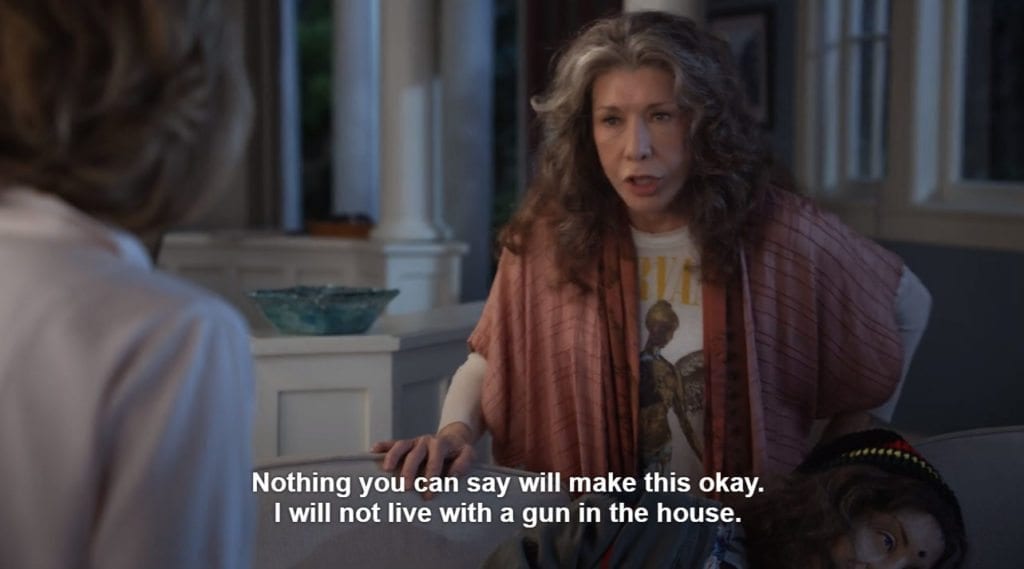 6. When they’d fallen out by the very next episode

Grace accidentally shot dummy-Frankie and the two had a dramatic falling out over it. But as the episode proved, sometimes the tightest and most important friendships can also be the most fragile for it. 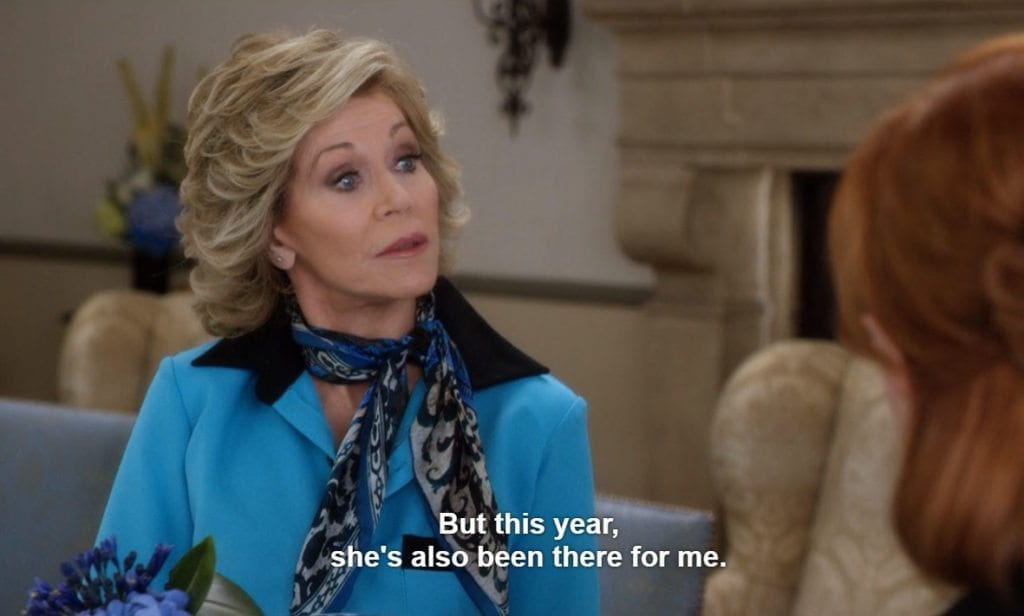 7. When Grace defended their friendship against her old social circle

It showed a lot of development on Grace’s behalf, but also how much Frankie had influenced her for the better. When another social group drops shade on your bestie, you gotta speak out just like Grace. 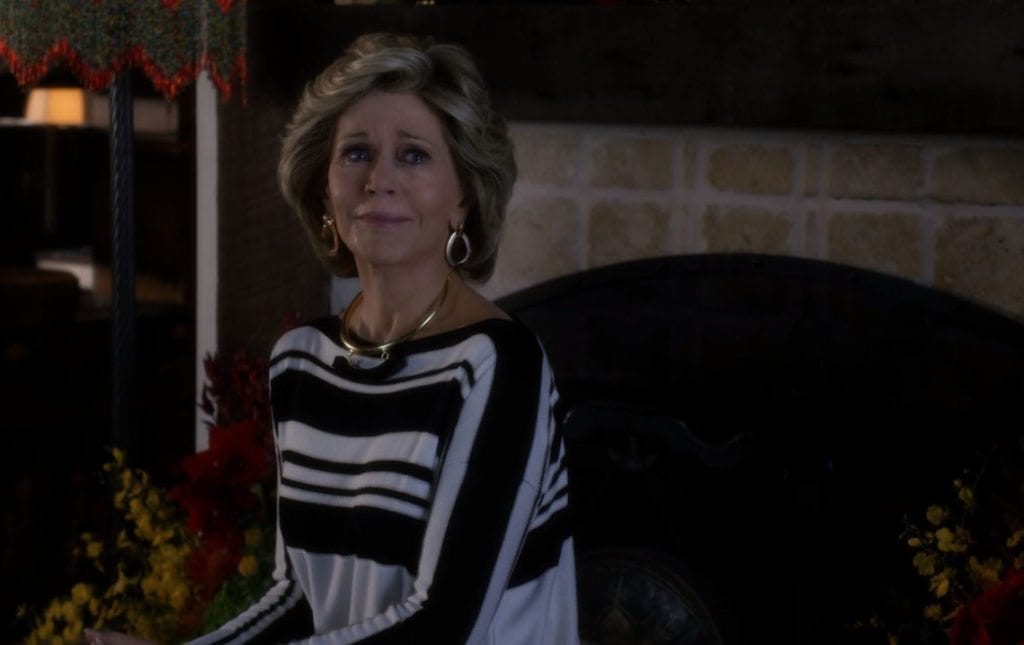 8. When Grace and Frankie were faced with a devastating task and supported each other through it

While the situation isn’t universal, the message of it is. Showing Frankie struggling to do the worst thing imaginable for the best possible reason (euthanizing her friend, Babe), Grace supports both of them through the process. It’s a stunning episode and impossible to watch without completely falling to pieces. 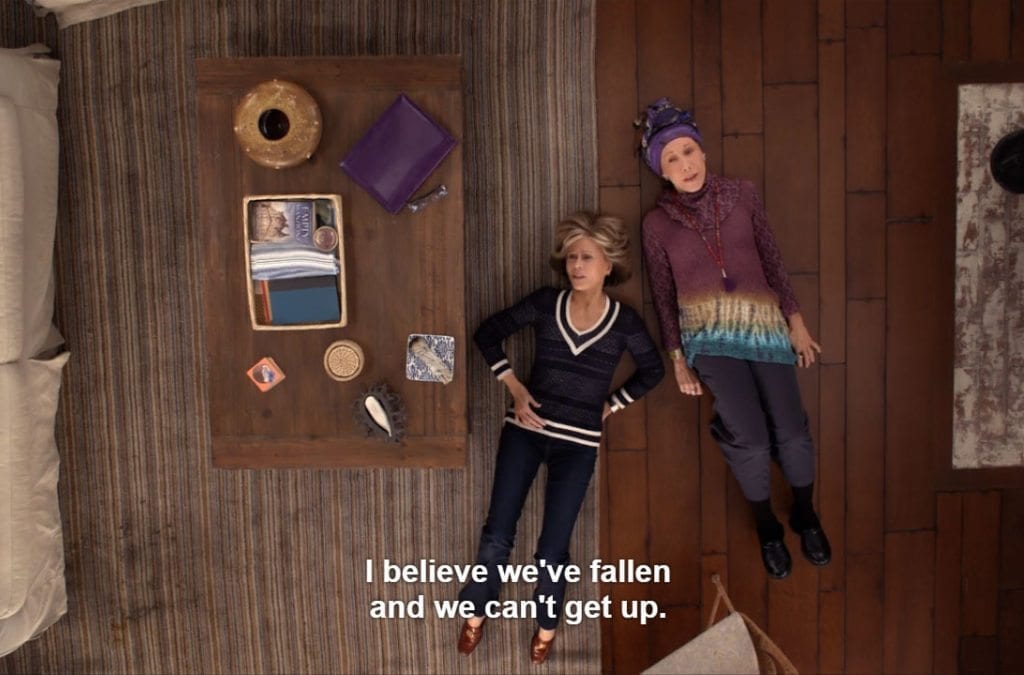 9. When they were the worst influences on each other

We’ve all got that one friend who’s pulled us down to her level, right? When Frankie falls to the floor after throwing her back out and Grace does the same trying to help her, it’s the perfect visual representation. 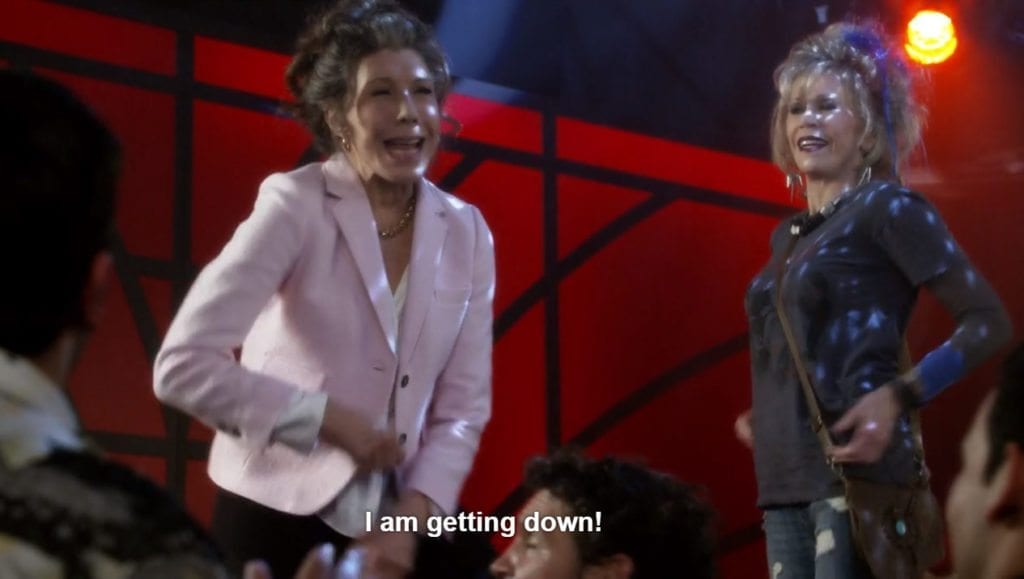 10. When they were the best influences on each other

As well as swapping clothes for the night, Grace takes Frankie on a night out to cheer them both up. The whole thing ends with them “getting down” on a bar top despite the protestations of several men. But they’re having way too much fun to care. Too right!