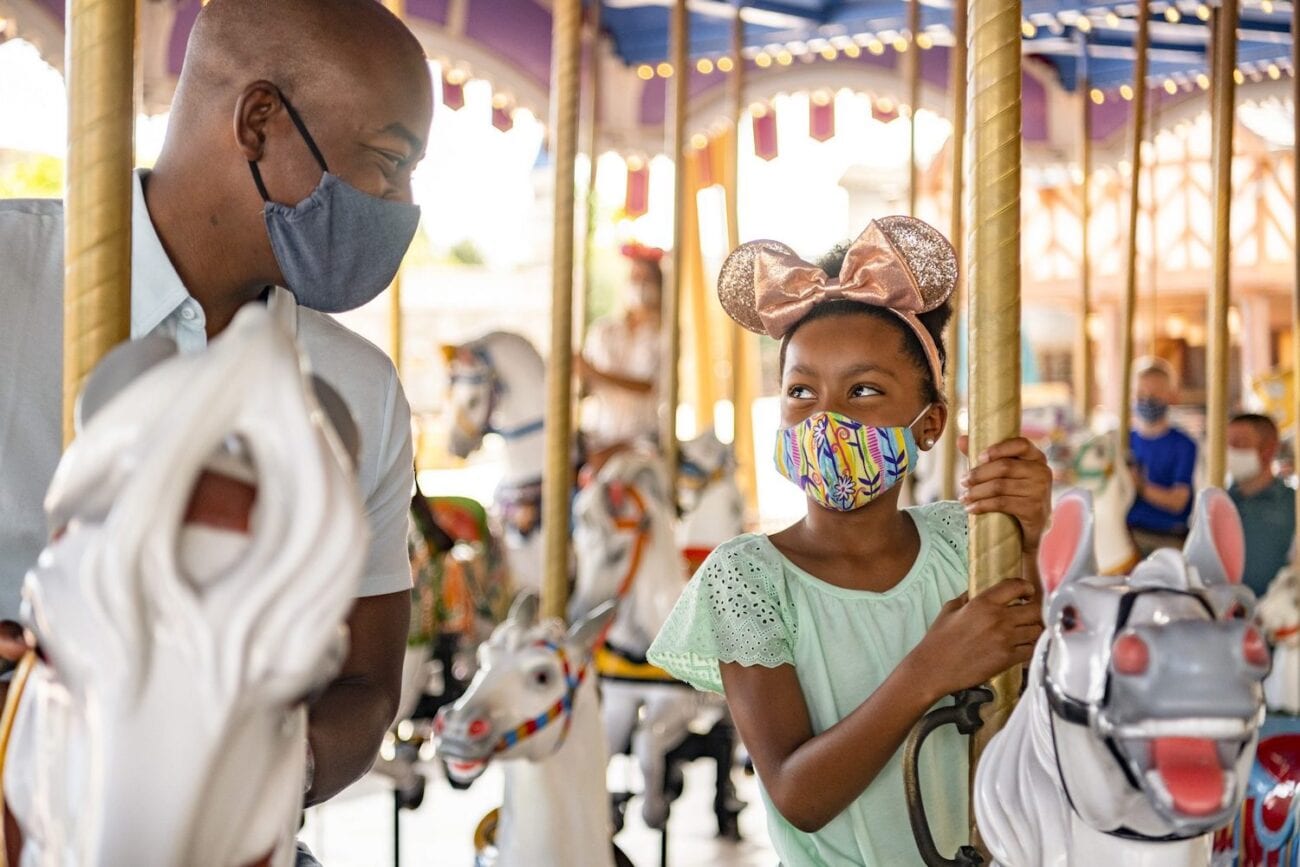 Trouble on Disney World rides: Are they photoshopping masks on guests?

In a recent report, the Walt Disney World theme park in Orlando, Florida, was allegedly digitally adding face masks onto certain on-ride photos that featured a park guest(s) who were busted for not wearing a face-covering during the ride.

Uhh, gee whiz, Minnie, that sure sounds like a potential lawsuit if news ever got out!

Now, it appears Disney Parks has ultimately decided to stop doing this. 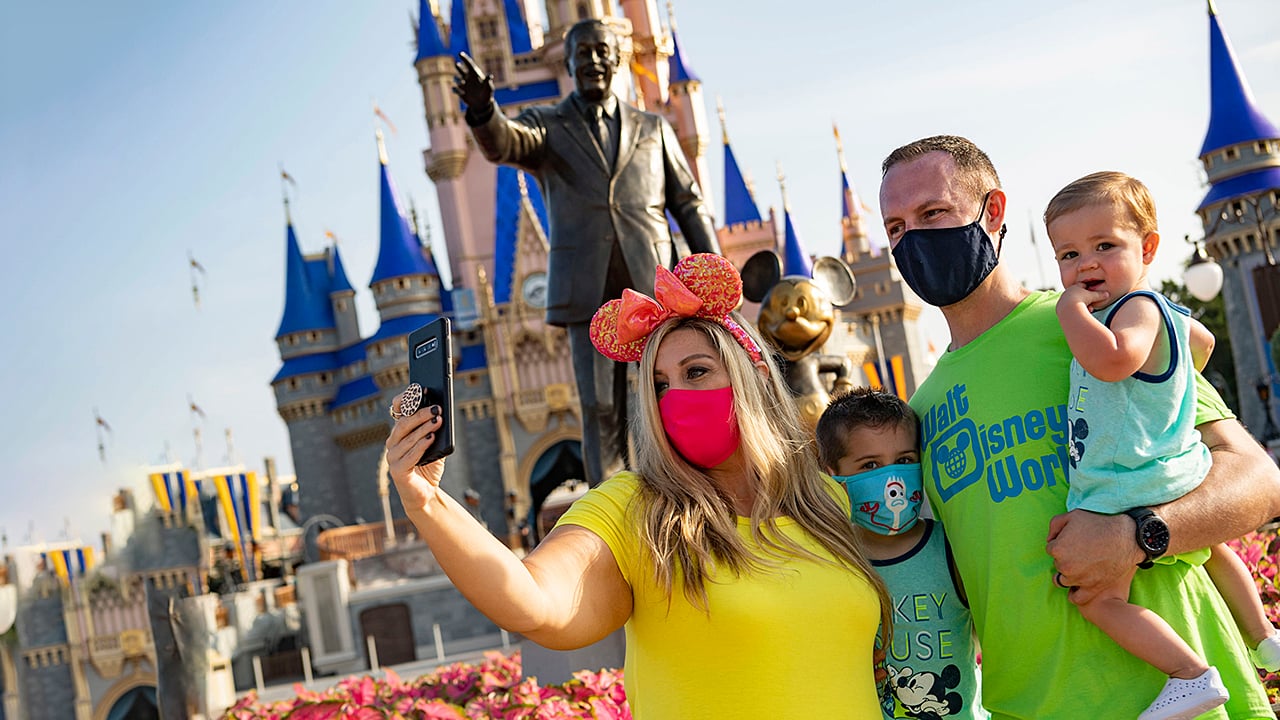 Unlike Disneyland in Anaheim, CA, which has continued to remain closed given the current guidelines & regulations in California, Walt Disney World reopened its gates to park guests on July 11, 2020, after a brief closure due to the uncertainty of the current pandemic.

Today, Walt Disney World operates under a variety of rules & regulations as it pertains to minimizing the spread of the coronavirus, including easy access for guests & staff to hand washing & sanitizing stations, as well as frequent “wash downs” of supplies & facilities. Equally, Disney World has a mask policy for all guests over the age of two, with the exception of guests who are eating & drinking in a stationary zone.

However, there are still guests who take advantage of the mask policy when it comes to going on certain rides & attractions. 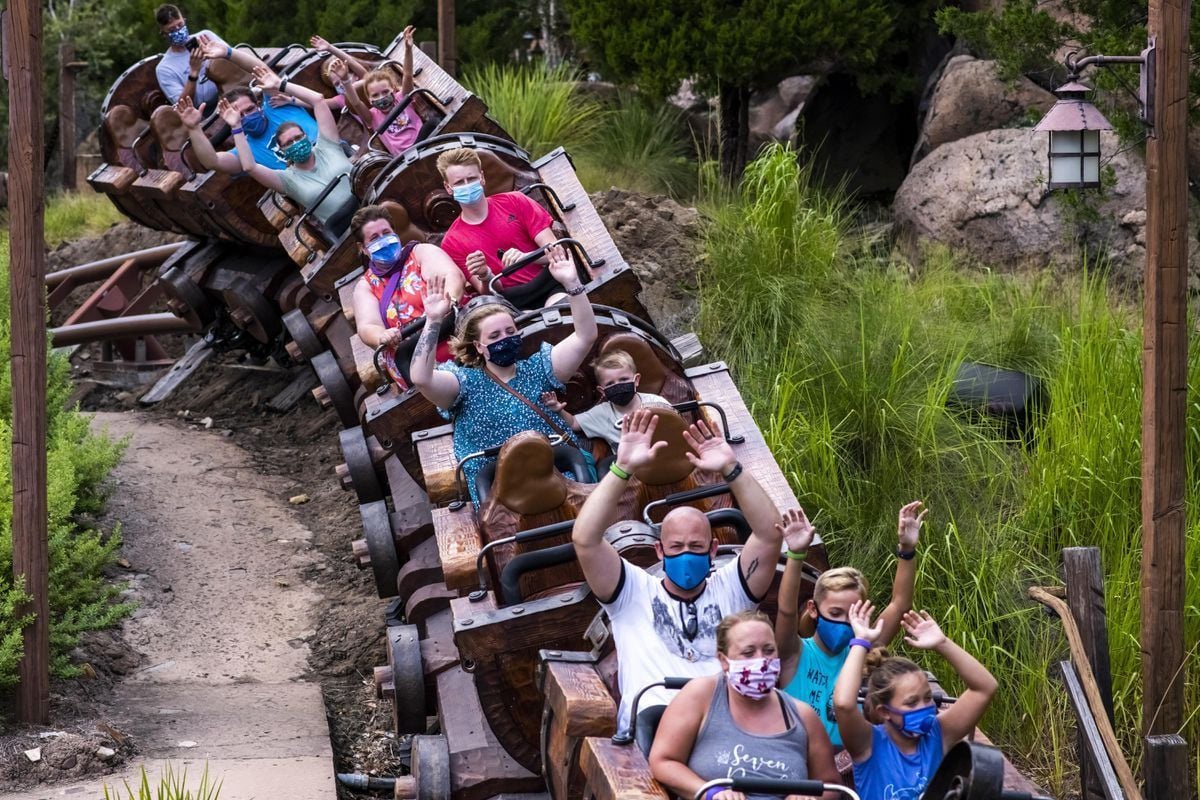 Disney World has a policy in place in which they can’t sell on-ride photos when a rider was seen without wearing a mask.

If you’ve ever been on rides like Splash Mountain, Dinosaur, or others that have the photo feature, you’ll know how fun those photos can be, and how badly it would sting if you & your siblings nailed a group pose but couldn’t purchase a photo of it because “Karen” decided NOT to wear her [email protected]%n mask.

Please don’t act like you and your family didn’t ever try to recreate The Last Supper on the Tower of Terror. 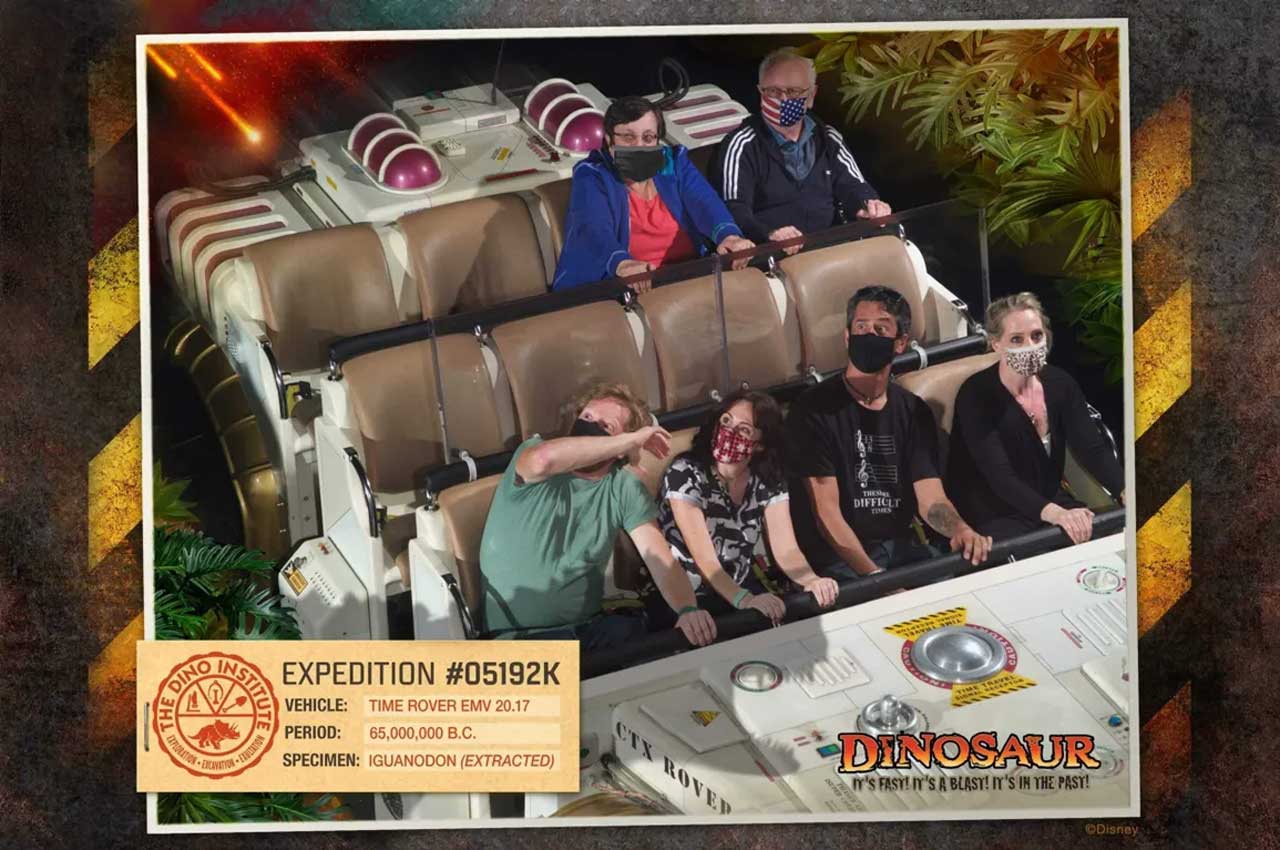 Not wanting to ruin the experience for guests who followed the rules, the theme park would digitally add a face mask onto riders who took theirs off, so that everyone else on the ride could purchase a photo if needed.

However, since the reports went public about this gimmick, Disney World has now seemed to reverse its practice of adding masks digitally.

In a statement made by Disney Parks, they address this concern and address their decision-making process moving forward: “In response to our guest requests, we tested modifying some ride photos. We are no longer doing this and continue to expect guests to wear face coverings except when actively eating or drinking while stationary.” 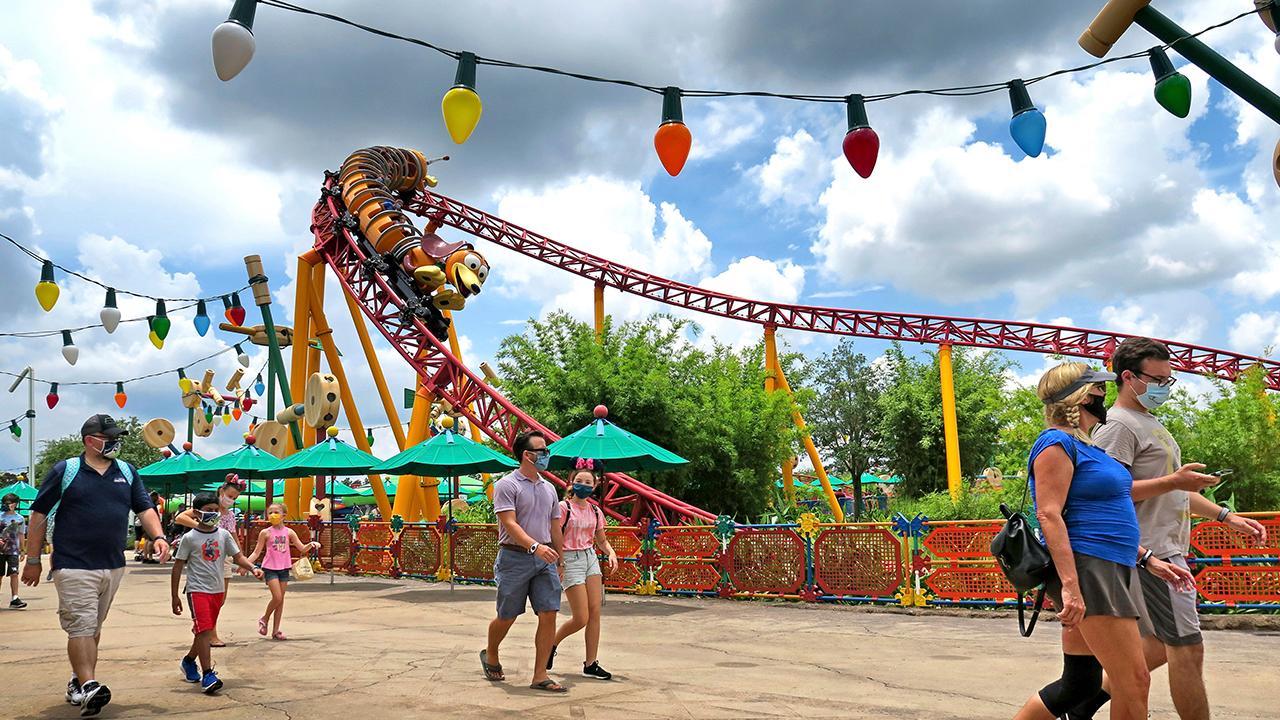 While it appears that Disney World is doing everything that it can to enforce a safe environment for all park guests & “cast members” (Disney’s name for its employees), it’s still difficult to say whether or not a theme park choosing to remain open is a good idea given the current global pandemic.

However, with the Pfizer vaccine being approved for emergency use as well as other vaccine candidates on the way, Disney World might be able to loosen up their mask restrictions in the very near future, possibly even by late 2021 depending on where the pandemic stands given the available treatments & vaccines being made available to potential park guests. 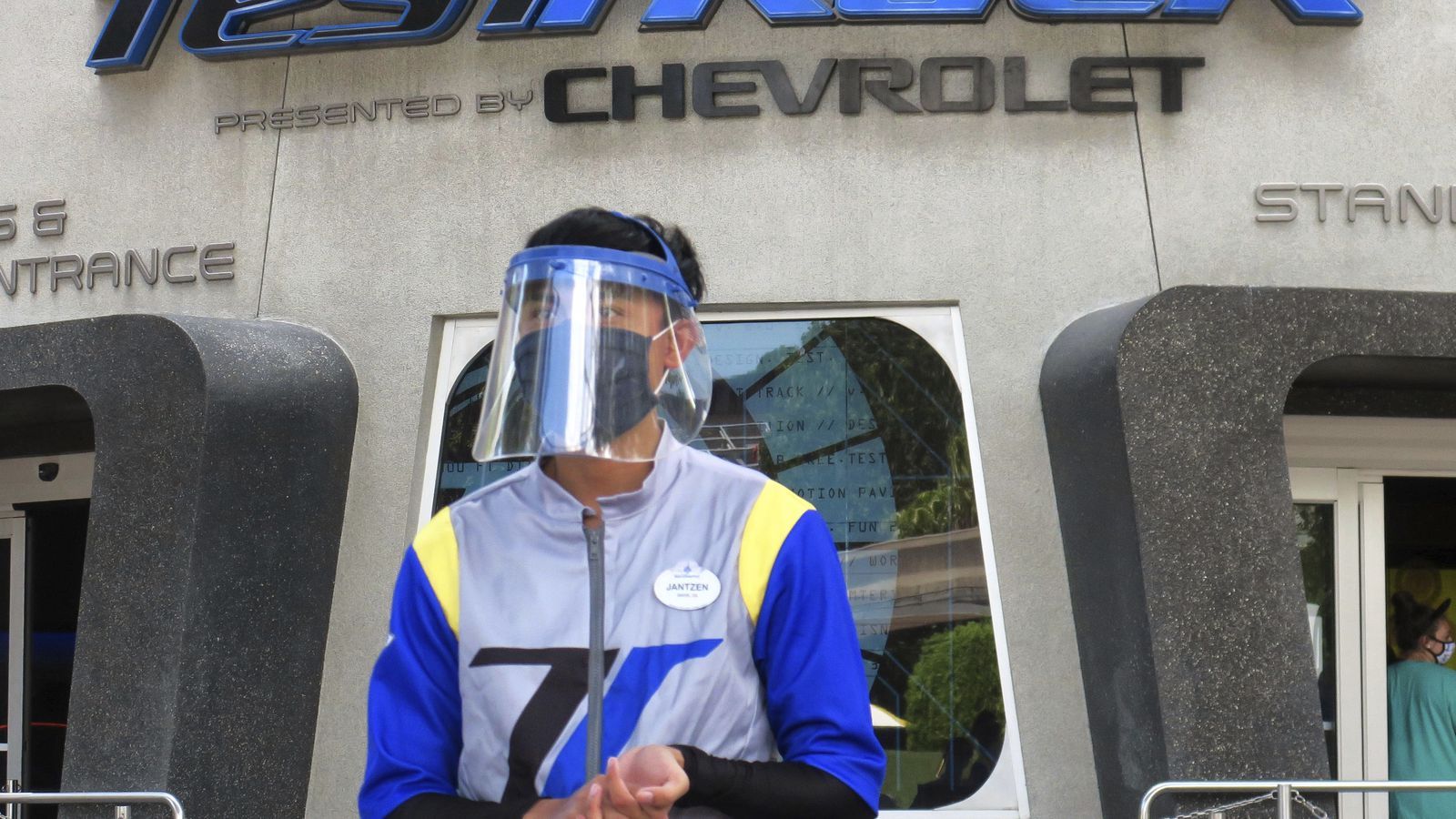 For now, Walt Disney World expects its guests to adhere to its health & safety guidelines as it pertains to minimizing the spread of COVID-19.

On November 12, 2020, it was announced by new Disney CEO Bob Chapek that Walt Disney World would be increasing its park capacity from 25% to 35%, a possible sign that the current health & safety practices implemented by Disney are working, and that they very well could be on the verge of returning to the coveted idea of “normality”.