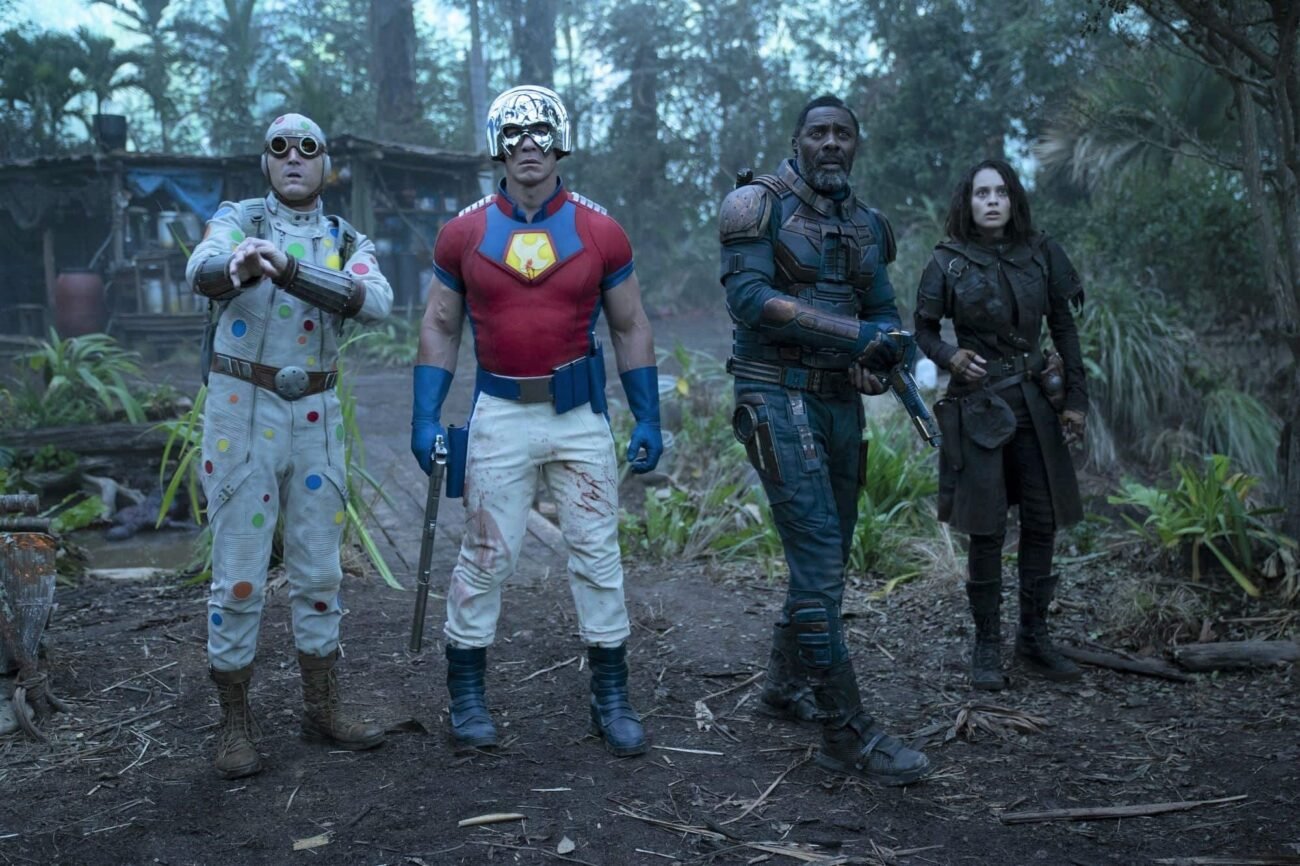 You thought Zack Snyder’s Justice League was cool? Turns out the DCEU was just warming up, ladies & gentlemen. Coming up next: James Gunn’s The Suicide Squad. The sequel to 2016’s Suicide Squad – seriously, they couldn’t throw a “2” in there? – opens August 6th, but we’ve been blessed with the arrival of a glorious red-band trailer today.

Here, bask in the R-rated-ness of the new The Suicide Squad trailer and we’ll talk about it below.

Our first trailer. Warning: gore & adult language & supervillains & adventure & heart. Can't wait to see it in a theater with all of you on August 6. #TheSuicideSquad pic.twitter.com/HdqlGVP0lB

Don’t drop the “The”

To say the first Suicide Squad movie was met with a mixed reception is a bit of an understatement. On one hand, most fans loved Margot Robbie’s Harley Quinn. On the other, most fans hated Jared Leto’s Joker. And the overall feeling was that audiences had been bamboozled by a couple of really cool trailers that the final movie didn’t live up to. Lots of cool characters stuck in a mess of a story: that was 2016’s Suicide Squad.

Part of the appeal of the Suicide Squad concept, however, is how easy it is for the team to reinvent itself. The whole point of the Squad is it’s made up of expendable characters. Even the mastermind behind the team, Viola Davis’s Amanda Waller, could be replaced by another shady government official, and the idea would still work. Of course, nobody’s replacing Viola Davis – why would you want to do that?

With that in mind, a sequel to Suicide Squad has a lot of latitude regarding where it can go with its cast & story. Does it matter that Will Smith’s Deadshot isn’t back for The Suicide Squad? Only if you’re a Will Smith (or a Deadshot) fan. The new team could be made up of entirely new villains reluctantly turned into heroes and it’d still be a Suicide Squad movie. And with the right people behind it, it could be great. 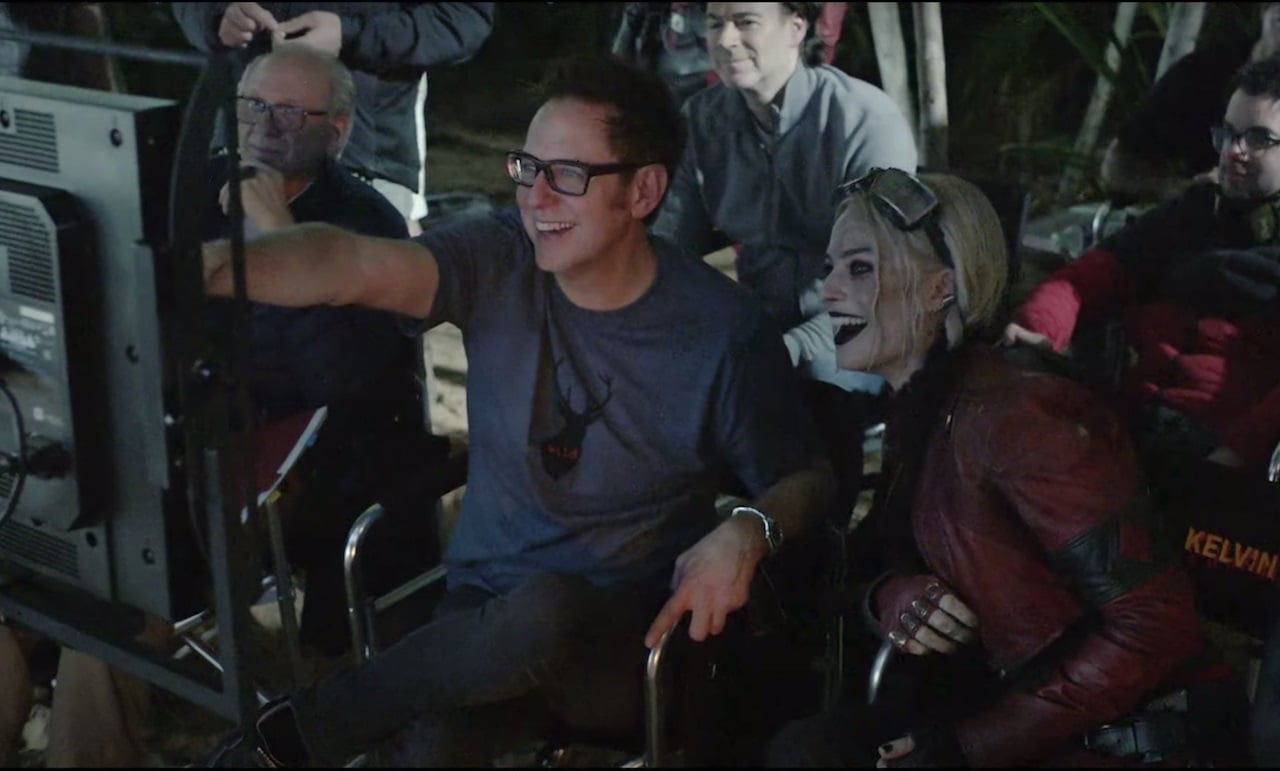 Guardians of the Squad

David Ayer directed the first Suicide Squad movie and you bet your sweet behind that there’s a #ReleaseTheAyerCut campaign from people who believe there’s a much better cut of the 2016 movie hidden away in the WarnerMedia vaults. But the franchise has moved on. The upcoming The Suicide Squad is helmed by James Gunn, who we all know & love as the man behind the two Guardians of the Galaxy movies.

Looking at the newly released trailer for The Suicide Squad, it’s hard not to get our hopes up that Gunn will bring the same level of irreverent fun from the Guardians movies to this corner of the DCEU. Except this is an R-rated property, so the filmmaker is a hundred percent letting his adult-language flag fly. The film also seems to be pretty gory & graphic, giving us a touch of Gunn’s old sensibilities, from his Troma days.

At the same time, DCEU fans – and Suicide Squad fans in particular – couldn’t be blamed for being wary of promising trailers. Like we mentioned above, 2016’s Suicide Squad got us all hooked with awesome previews. Could Gunn’s The Suicide Squad turn out to be another disappointment? Are we witnessing another instance of a flashy, well-edited trailer selling us a subpar movie? 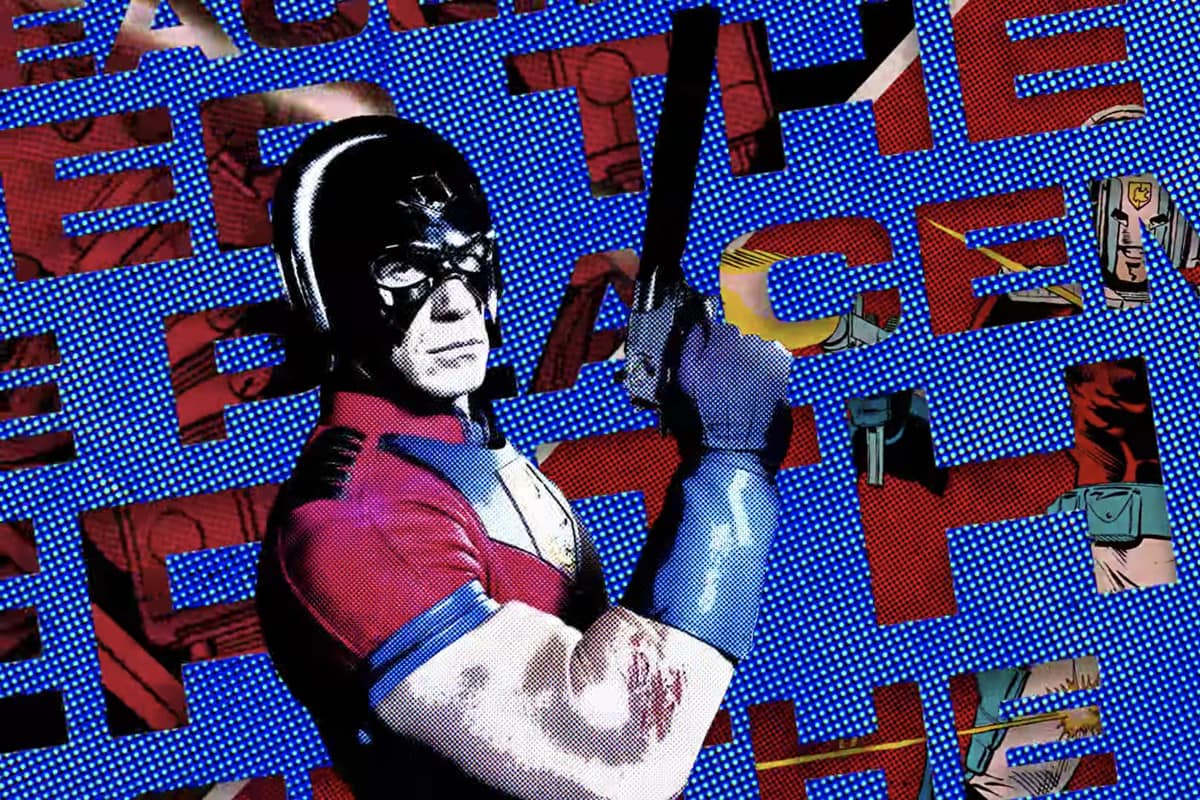 Obviously, we won’t know if The Suicide Squad is a well-marketed dud or a truly awesome movie until it actually opens. But perhaps we can be optimistic by looking at the fact that John Cena’s Peacemaker is getting an HBO Max spinoff (with Gunn also attached) and the movie hasn’t even come out yet. And there’s something to be said, hopefully, for WarnerMedia learning from past mistakes.

We’d also say it’s a good sign that The Suicide Squad has kept around some of the strongest characters from the first movie. Having Margot Robbie’s Harley Quinn as one of the headliners is a no-brainer, and so is keeping Viola Davis to class up the joint as Amanda Waller. But it’s nice to see Joel Kinnaman (Rick Flagg) and Jai Courtney (Captain Boomerang) back as well.

As for the new members of The Squad . . . well, that’s an embarrassment of riches, isn’t it? In addition to Cena’s Peacemaker, the new trailer highlights Idris Elba as Bloodsport, Daniela Melchior as Ratcatcher2, Pete Davidson as Blackguard, Peter Capaldi as The Tinkerer, Michael Rooker as Savant, and we also get a couple of hysterical moments with King Shark. King Shark!!!! Guys, this movie better be the greatest or we’ll riot.

What do you think of the new The Suicide Squad trailer? Are you excited for the movie, or does the franchise need to work harder to win you over?