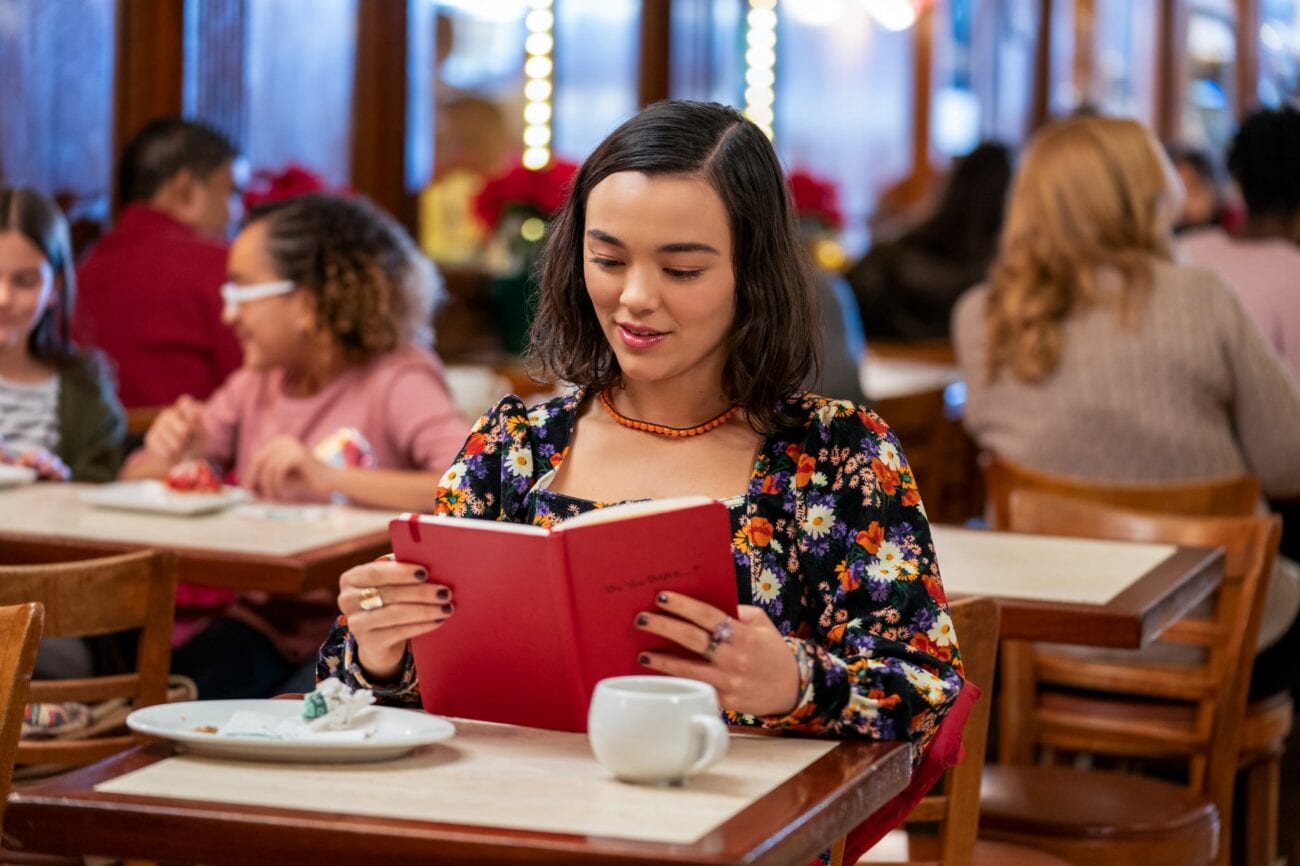 ‘Dash and Lily’: The best quotes from our new fave Netflix series

Dash and Lily is a new Netflix rom-com series based on the book Dash and Lily’s Book of Dares by Rachel Cohn & David Levithan. Both the writers are prolific in the young-adult genre, with Cohn having written the likes of Gingerbread & Nick and Norah’s Infinite Playlist – she co-authored the latter with Levithan – while David Levithan has brought us some of the most gripping plots in the genre.

With Dash and Lily, the authors’ quirks & words take a new life on screen, and the result is just as incredible as you’d expect from someone with these credentials. Set amid the Christmas season, the story follows the lives of our bibliophile protagonists, where “Dash finds a book leading to Lily if he dares and he does dare indeed.” From it’s Netflix adaptation, we bring you some of the best quotes. 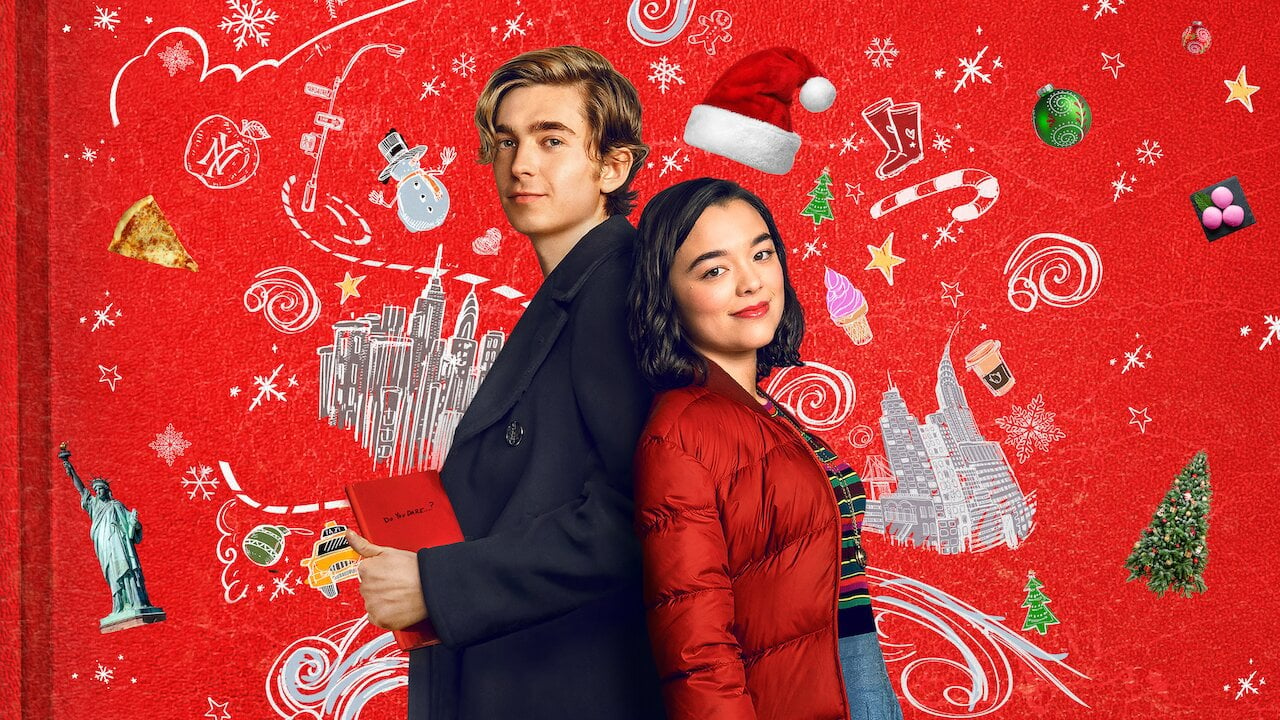 Remember how Lorelai Gilmore would swoon over snow & how Rory Gilmore would drool over bookstores? Lily seems to have caught on a bit to each of these personalities as she says, “Imagine this. You’re in your favorite bookstore, scanning the shelf where your favorite books reside, and there nestled between the familiar spines sits a red notebook. Imagine you’re in New York and it’s Christmas.”

She continues in her fanciful imagination, “You’re surrounded by people, by possibility, and the hope that somewhere in the city is that one person that’s meant for you. You just have to find them. How do you do that? It all depends on the kind of person you are.” 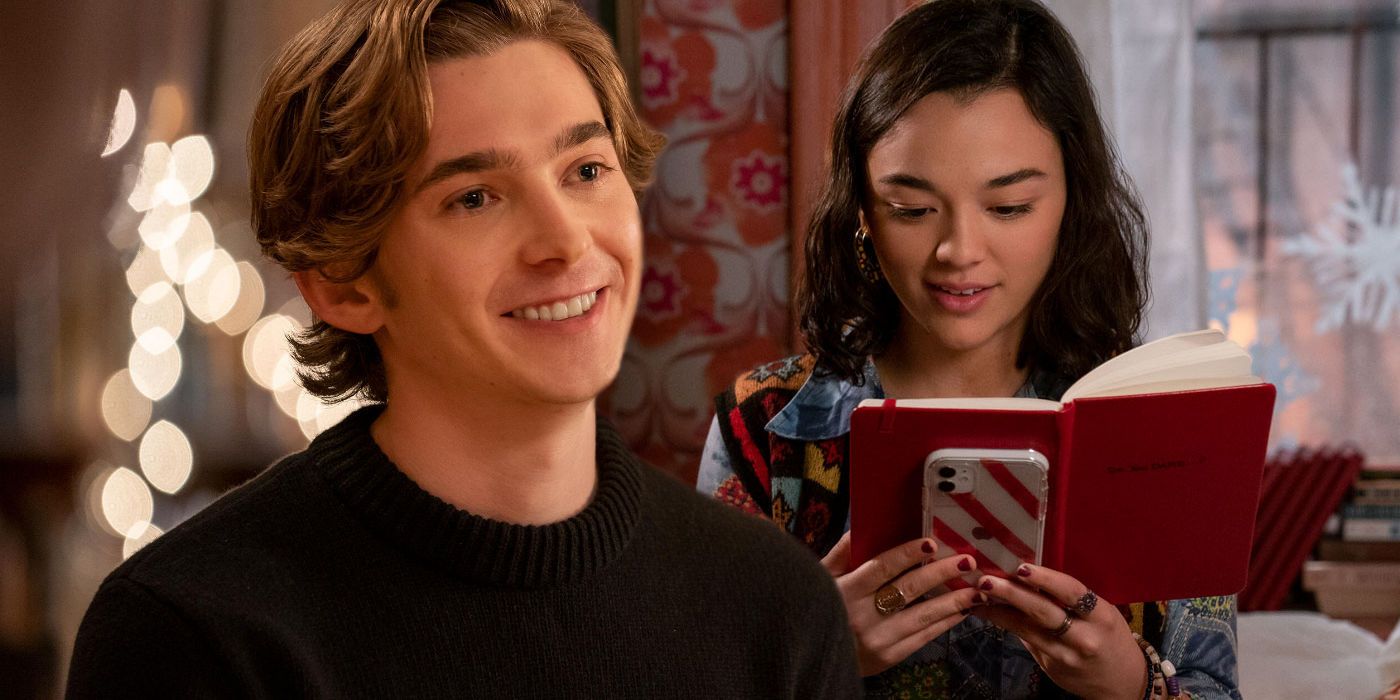 Are you a grumpy Grinch? Because one of our protagonists is on top of Christmas cheer & the other doesn’t share her enthusiasm. So at one point Dash argues, “It’s the most detestable time of the year. The forced cheer, frenzied crowds. The carolers who’ve had so much eggnog they’ve forgotten the words. Of course the couples naive enough to mistake holiday spirit for being in love. I made that mistake once, too.”

He even mentions later that he hates company, “It’s my Christmas gift to myself. Solitude.” How quotable for someone spending the holidays alone. Dash doesn’t stop there, “Well I hope climate change destroys the North Pole.” Oh, well.

Lily, on the other hand, comes with her warm take on Christmas, “In my family, Christmas is all about love.” She loves Christmas so much she’s happy to be a part of the larger feeling than an actual romantic relationship, “I don’t have a love story and that’s okay. I don’t need one. I have Christmas.” 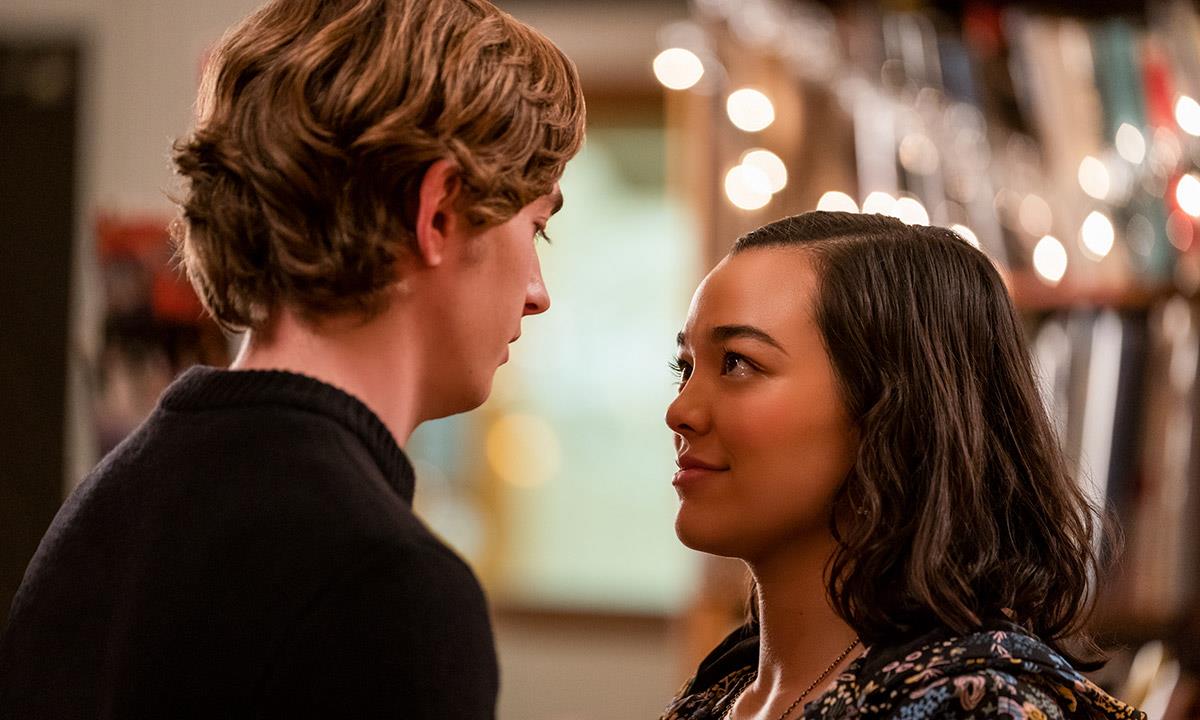 We all have that one aunt

You know the one who’s simultaneously both the voice of reason as well as the most easygoing person you’ve ever seen? This aunt also refuses to sugarcoat things. Aunt Lillian says it like it is, “The men in our family have some seriously mixed up ideas about relationships.” She doesn’t mince her words.

Meanwhile, Lily, has a hard time deciphering boys, “I’m not good at meeting guys or talking to them. I’m good at scaring them away.” 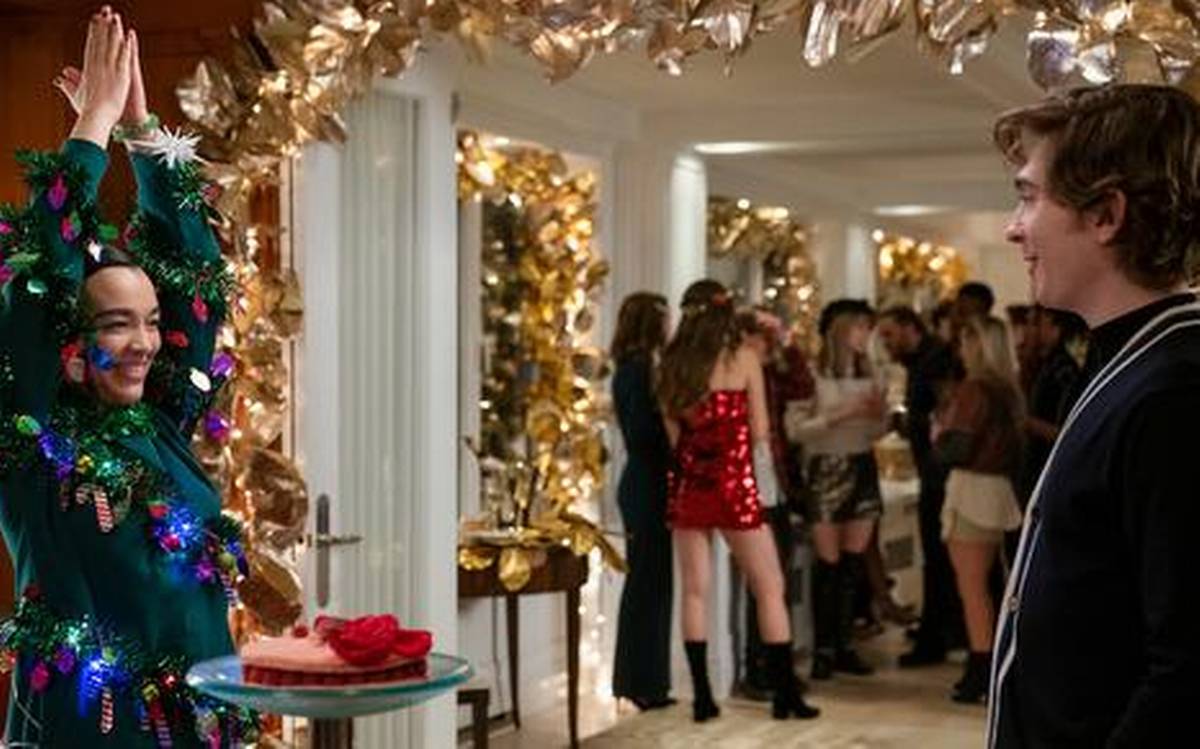 Lily also has some advice even the grown-ups should heed to, “Sometimes the best answer to a problem makes itself heard, but only if your mind is quiet.” We often just need the right headspace to process situations & reach the right decision or conclusion. 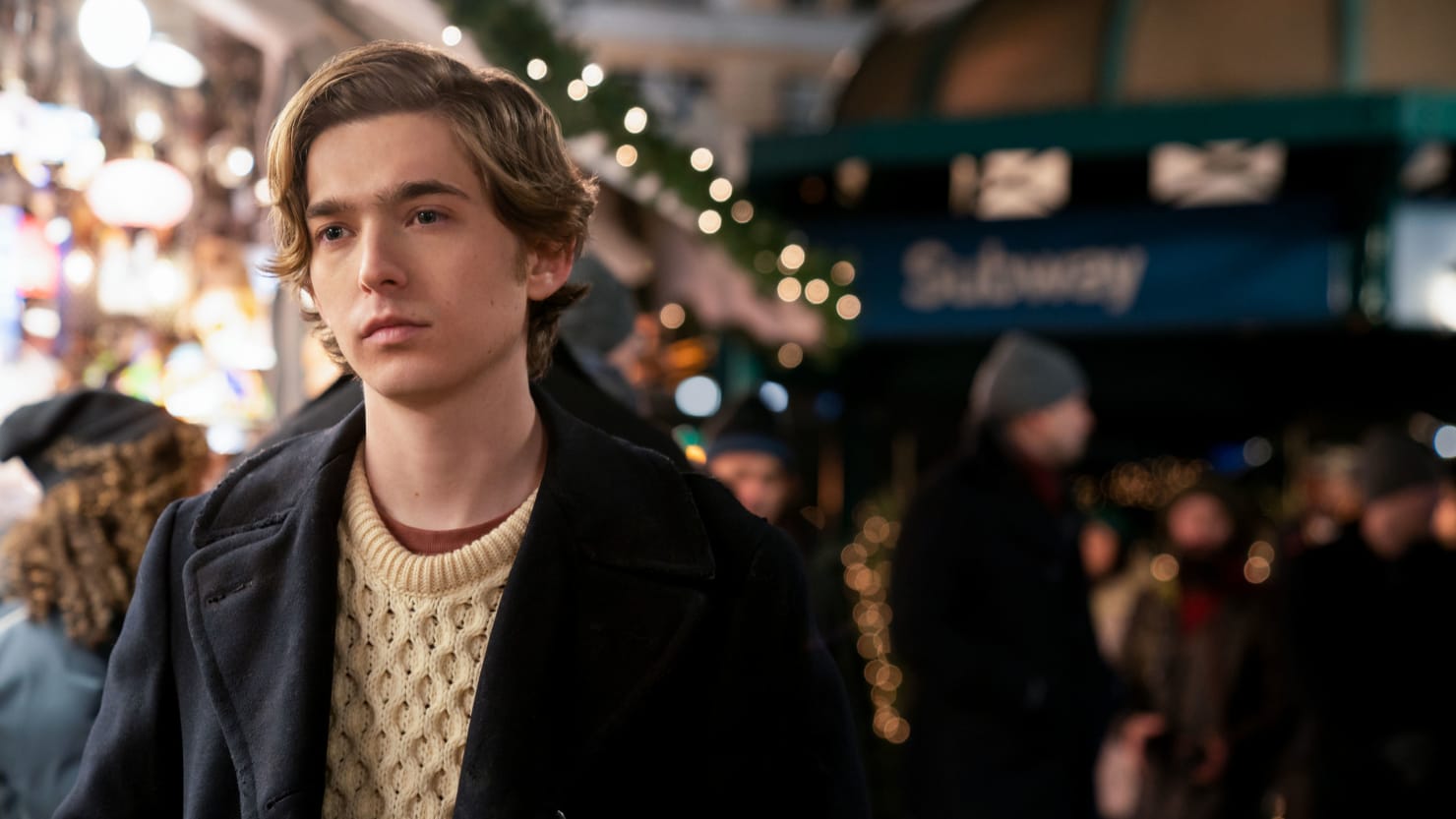 A “Dash” of skepticism

Dash has a great mantra to deal with problems, as he explains, “You told me when it rains, you always look for the rainbow. But sometimes a rainbow doesn’t show. So what do you do? You stand in the rain and scream.” We’ve been told it works, too.

Later on, with a sprinkle of sarcasm, Dash reveals why he’s so grumpy, “The emoji industry has yet to create an icon to represent one’s feelings about being cast aside by their divorced mother so that she can spend Christmas in Hawaii. That’d be huge in New York.”

His biting humor makes an appearance on other occasions too, when he shows his annoyance at the system, “This is the information desk, are you not obligated to like give me some information?” or when he makes a Harry Poter reference, “You can say her name, Boomer. She’s not Voldemort.”