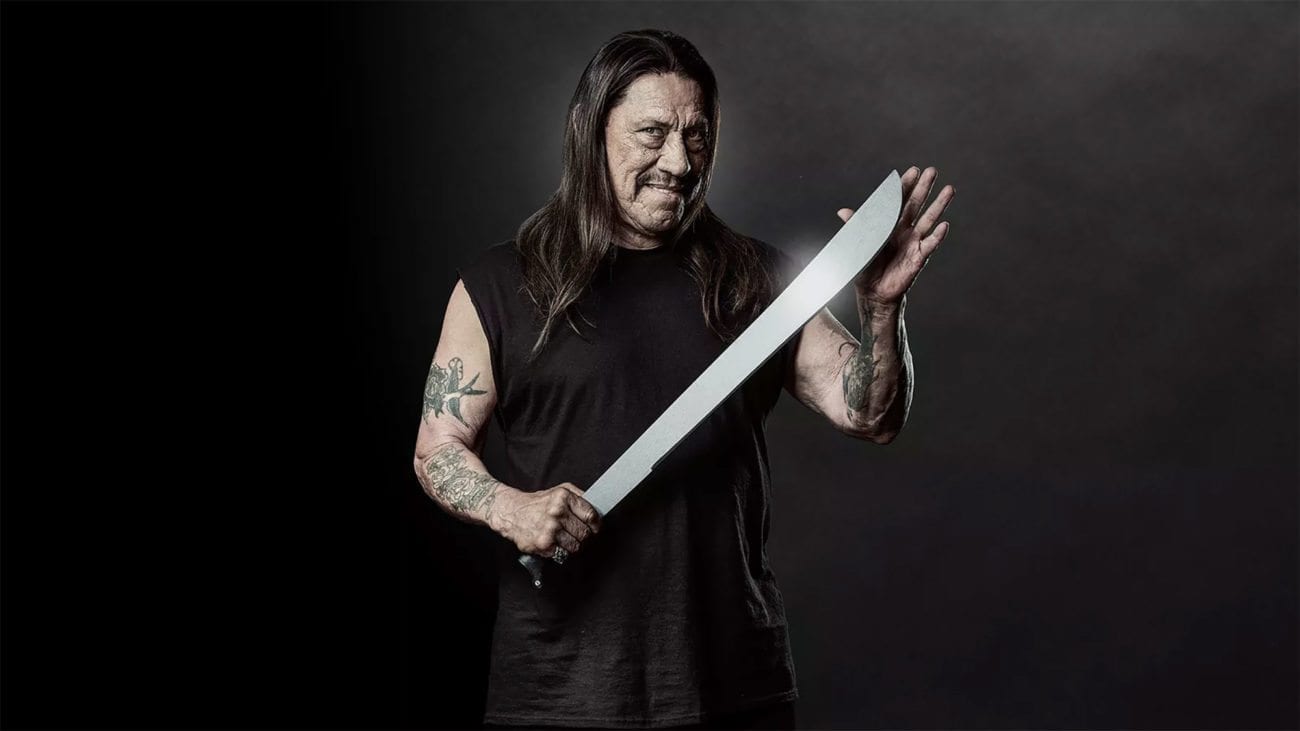 Born on May 15th, 1944, Danny Trejo is one of Hollywood’s oldest, most beloved, and prolific Hollywood B-movie stars. Having appeared in hundreds of TV shows and movies, the iconic actor is a cherished part of the industry and one of the most sought after faces for any and every cult, action, or grindhouse homage project going.

To celebrate Trejo’s 75th birthday, we’ve ranked the eight most outrageous moments from the actor’s actual life and his bombastic career so far. 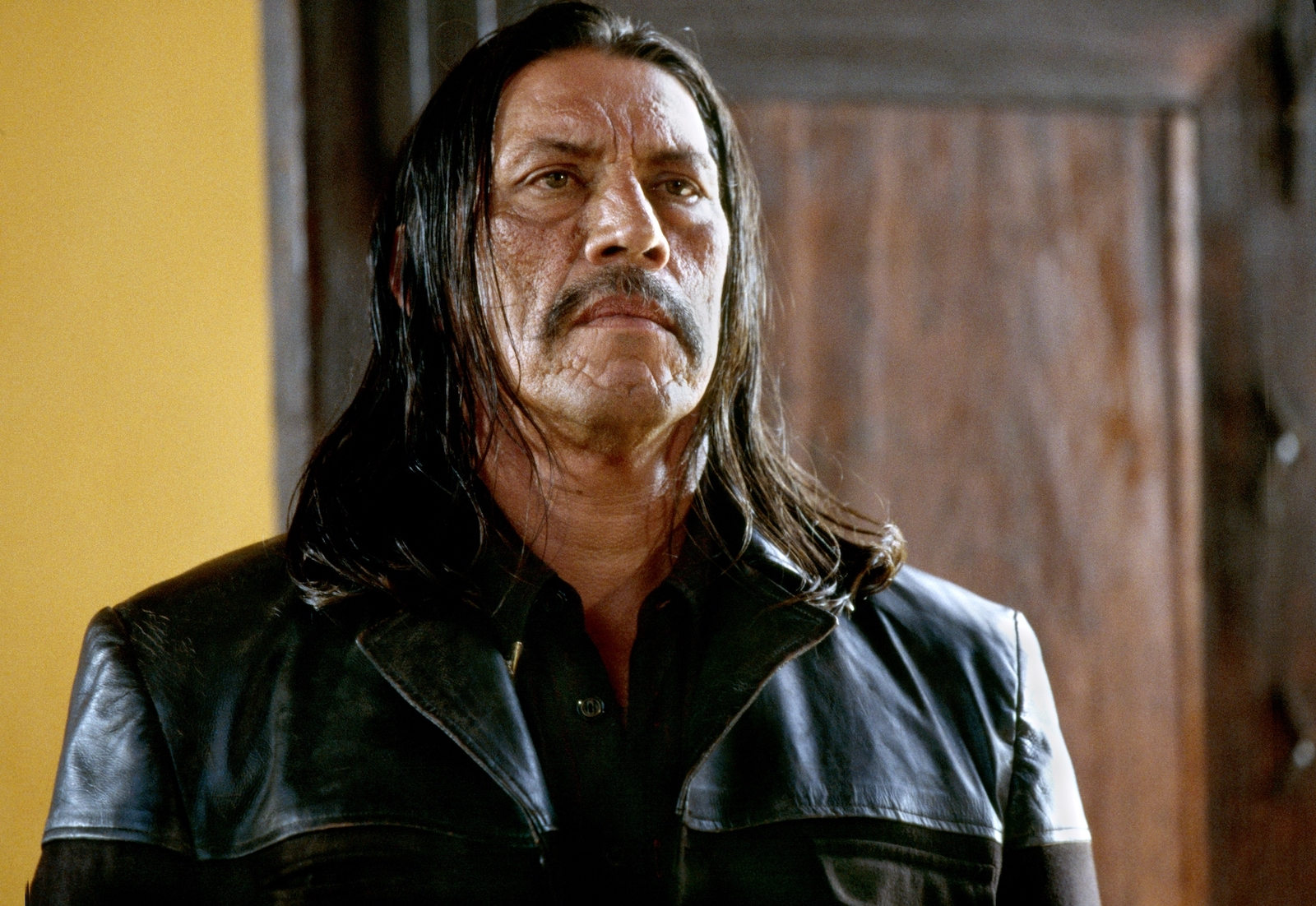 Cucuy (Trejo) and his boys come for El Mariachi (Antonio Banderas) who single-handedly takes all the bastards on with little more than his wits and his many guns. Oh, and an epic high-speed chase of course that ends with Cucuy catching up with the hitman and shooting a tranquilizer into his head.

Trejo’s moment of clarity came when he accidentally launched a rock at a prison guard and subsequently was forced to spend three months in solitary confinement where he found God and made the big decision to fight his addiction and become sober. 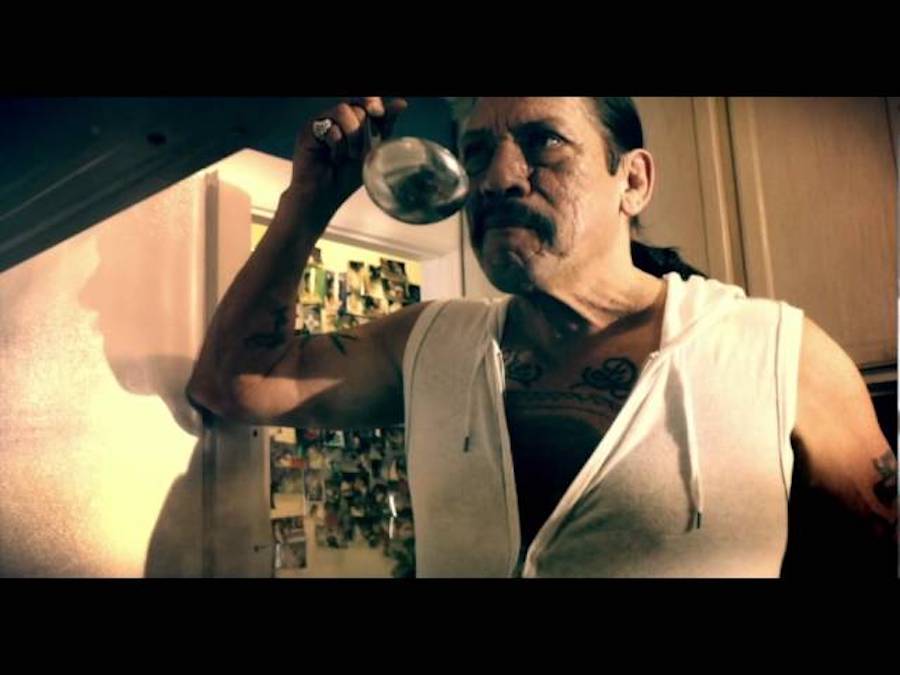 In Bryan Adams’s quirky short, Trejo muses upon the great delights of making spaghetti sauce from scratch and makes the audacious statement that onions don’t make him cry – they make him smile. Only a hardass like him could get away with it.

5. His first job involved a series of good luck and good connections

Trejo landed his first job in the most badass way imaginable. Turning up to the set of Andrei Konchalovsky’s Runaway Train to help a recovering teen addict deal with his drug-heavy workplace, Trejo became an extra for the day. While he was working the background shots, the film’s screenwriter recognized him from prison, remembered what a bomb boxer he was, and asked him to train actor Eric Roberts (The Dark Knight) to do the same.

Unbelievably, just months after Trejo was released from prison for the first time in his life he was arrested for selling ounces of heroin to an undercover federal agent. Except it was actually sugar Trejo was pushing, not drugs. The iconic actor was carted off to San Quentin regardless. He now owns a coffee and donut shop where he can legitimately sell sugar to cops, so that’s something. 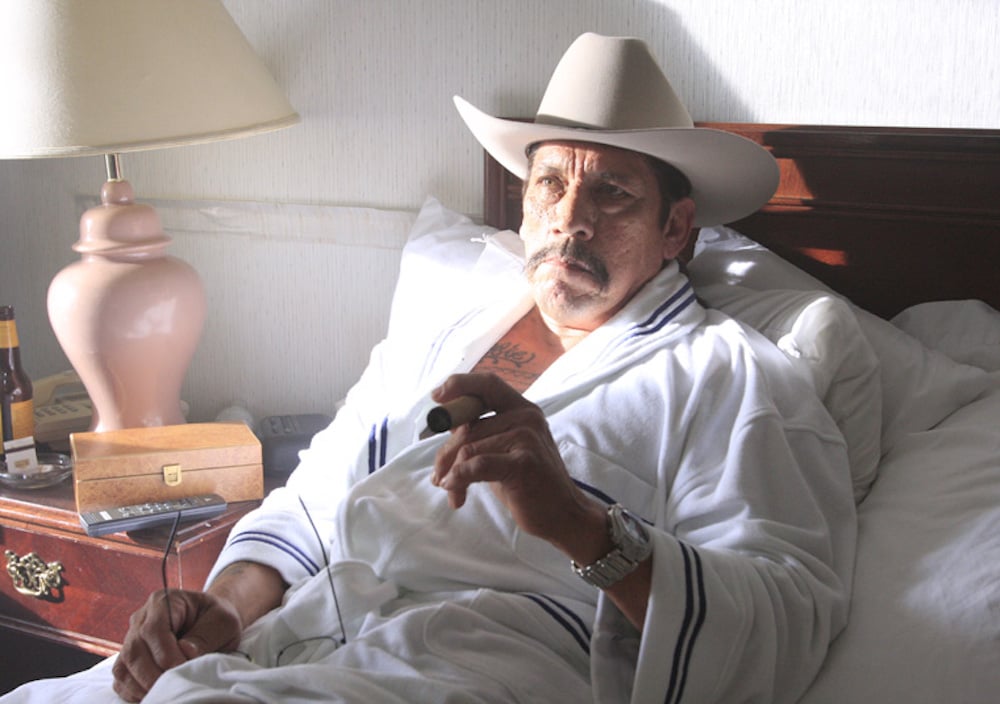 As one of Hank’s criminal informants, it was never going to end well for poor Tortuga (Trejo) who doesn’t just wind up being decapitated, oh no! Tortuga’s severed head gets mounted on top of a tortoise and loaded with explosives. What a way to go!

2. His iconic tattoo comes with an incredible backstory

That huge tattoo of a woman wearing a sombrero that Trejo has on his chest? It was done with a needle and thread by one of Trejo’s oldest friends while the two of them were in prison together. It also took more than two years to complete because the two kept getting transferred away from each other. As Trejo noted in the documentary Tattoo Nation, “Two and a half years, three penitentiaries, and it’s the most famous tattoo in the world.” 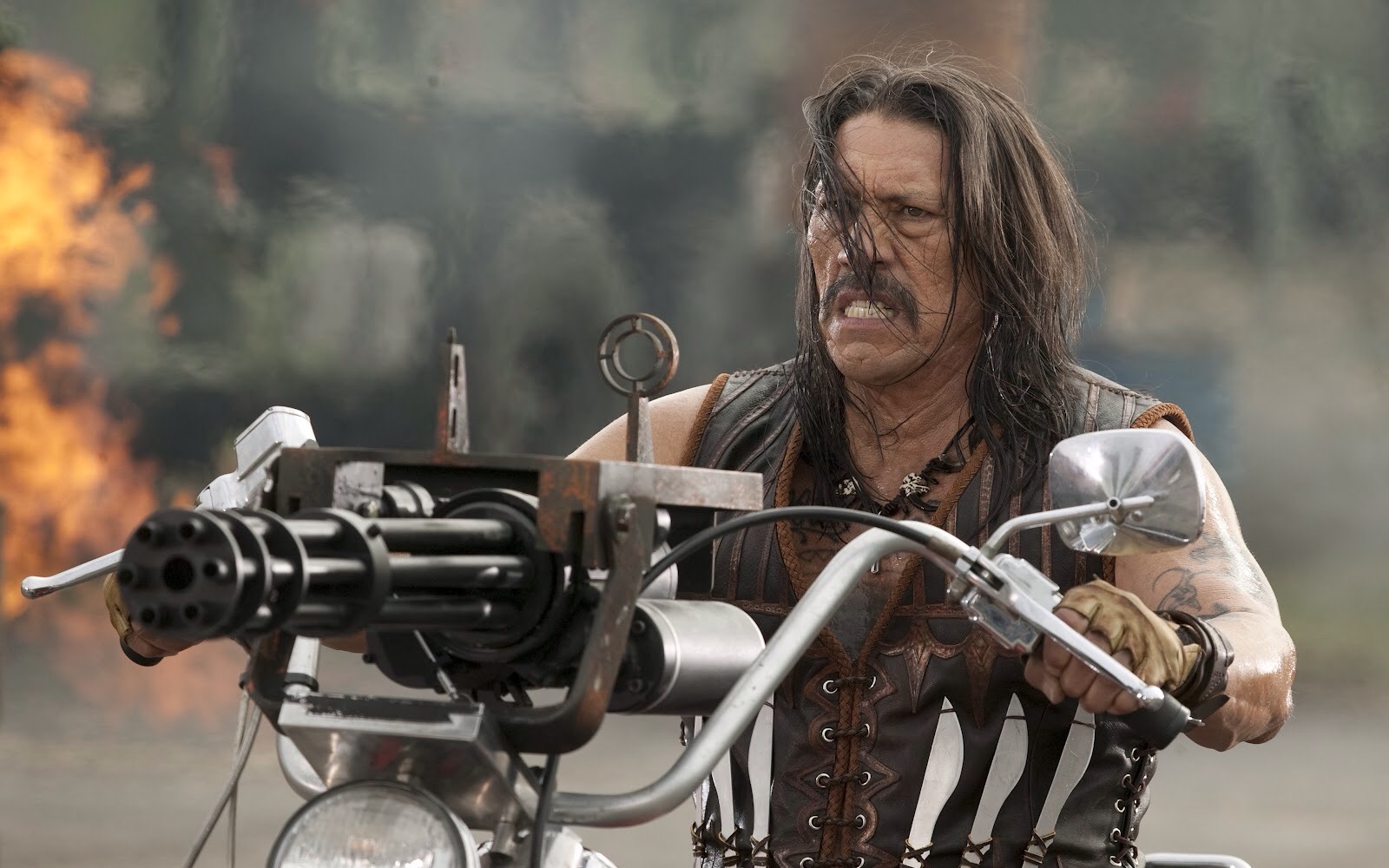 As Robert Rodriguez’s grindhouse hero Machete, Trejo enjoys a number of outrageous moments. But the one in which he equips his motorbike with the biggest machine gun known to mankind and flies through an explosion while gunning down his rivals is difficult to top. We defy you to watch this glorious fifteen seconds of footage without immediately rewatching it about fifteen or so glorious times.