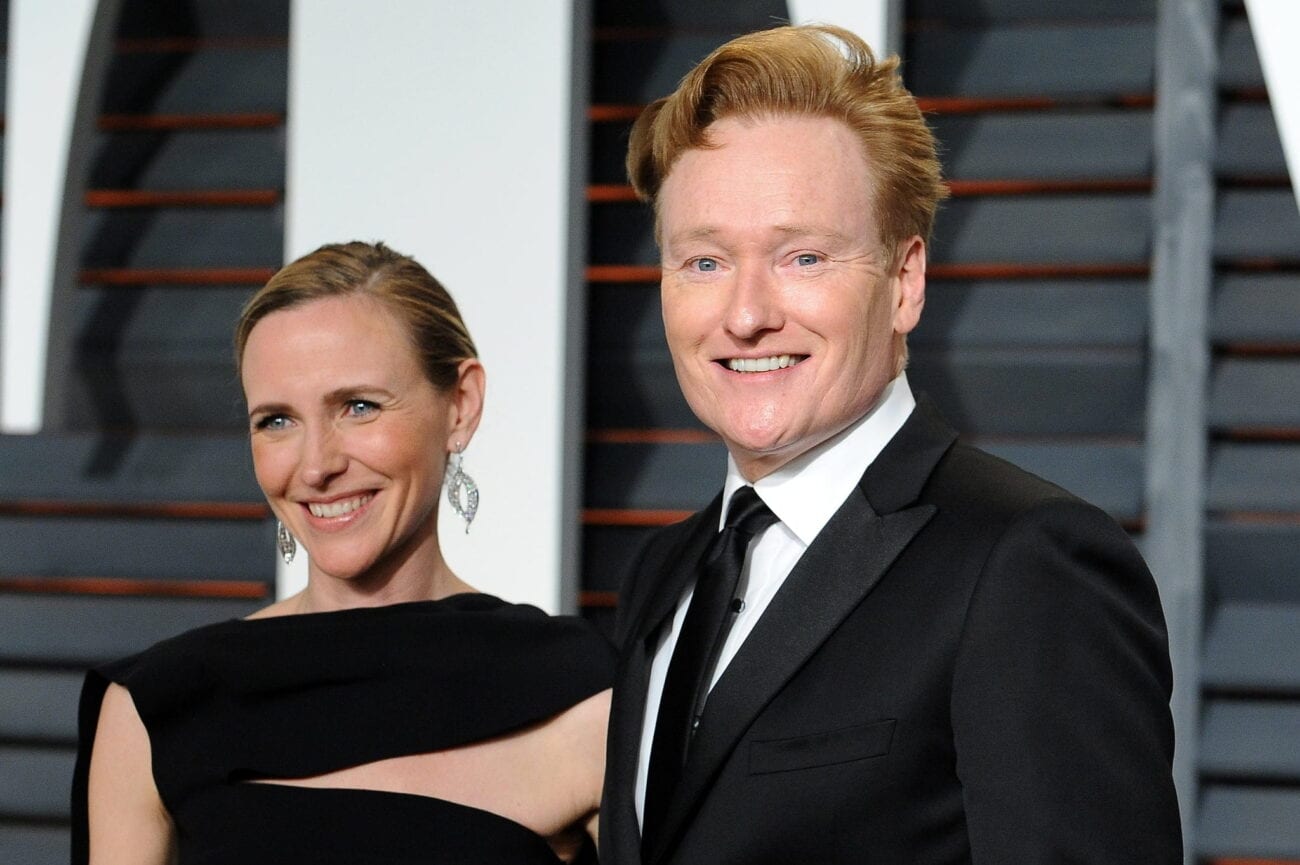 Let’s be honest: when you think of adorable real-life meet-cutes, the name “Conan O’Brien” doesn’t come to mind. But that’s only because you’re not familiar with how Conan O’Brien met his wife. The popular late night host first crossed paths with his future spouse as part of a Late Night with Conan O’Brien skit. A skit about a chainsaw-wielding furniture salesman. Romantic, isn’t it?

Okay, okay. Obviously, we need to elaborate. And because a video is worth a thousand words, here’s that old Late Night with Conan O’Brien segment, captured for posterity. Can you spot who would go on to become Conan O’Brien’s wife?

Yep, one of those FCB copywriters is Liza Powel, the woman who would go on to become Conan O’Brien’s wife. You can see the future Mrs. O’Brien clearly having a good time among all the silliness of the segment: she’s sitting next to Hilton (from Hilton Furniture!) in that first meeting, and she’s easily the most amused by Conan’s shenanigans out of everyone else in that room.

Also, this could just be us projecting our own 2021 knowledge onto that segment, but the camera seems to love Liza Powel almost as much as Conan eventually would. She’s framed so she gets the most screen time besides Hilton himself, and there’s even that moment when they’re all watching the furniture salesman & his chainsaw in action . . . and Liza is standing next to Conan and they look so adorable together! Conan even gives the viewers a Jim Halpert fourth-wall-breaking look for a moment.

And, of course, Liza gets to deliver the biggest speech in the segment (not counting Conan’s non-stop rambling), when she explains – with a straight face! – what FCB’s approach to Hilton Furniture’s new commercial is all about. No wonder Conan fell for her right on the spot. Which he did, by the way, according to a 2012 interview with Piers Morgan. 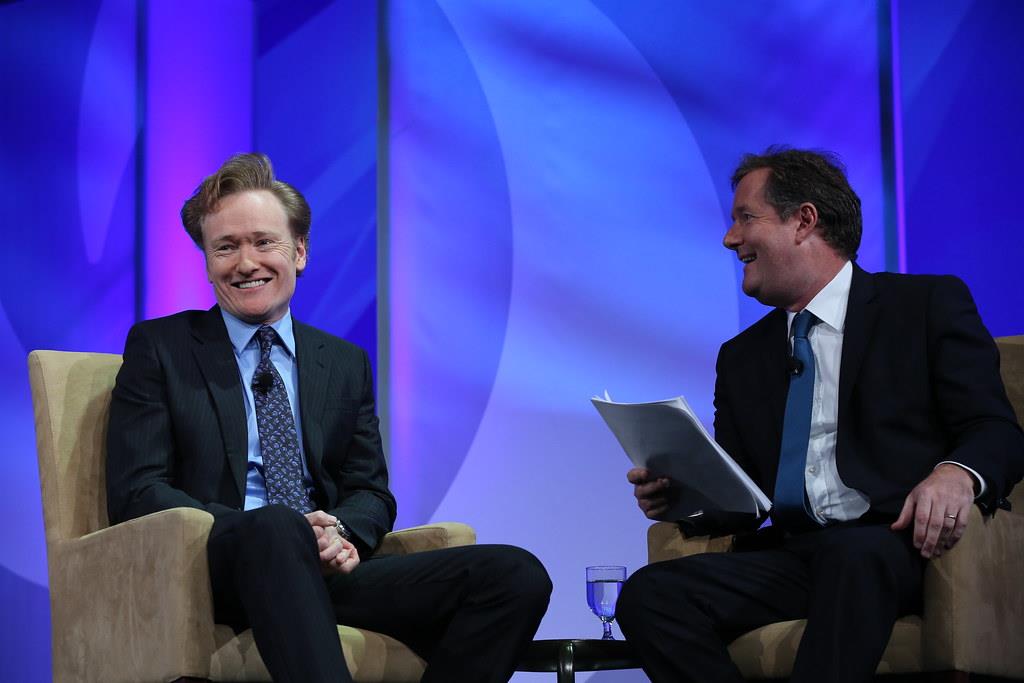 Years before Piers Morgan was driven off the deep end by Prince Harry & Meghan Markle’s relationship, he had quite an interesting chat with Conan O’Brien. The 2012 Piers Morgan Tonight interview covered a wide range of topics regarding O’Brien’s life & career, and it inescapably touched on his romantic life. More specifically, Morgan managed to get the comedian to open up a little about his wife.

Basically, for Conan O’Brien, it was love at first sight. “Somewhere, in the vault at NBC, there’s footage of me literally falling for my wife on camera,” confessed the popular talk show host. Oh, Conan, who needs the NBC vault when you have Vimeo and the internet at your disposal? The somewhat candid admission gave audiences a glimpse at O’Brien’s softer side – a side that most of us don’t get to see often.

In fact, if you ask Conan – and Piers Morgan did — he’d refer to his rare romantic tendencies as “a Slim Jim of romance”. Not one for mushy statements or grand gestures, this Conan O’Brien fellow. That’s why the idea of him falling head over heels for a copywriter he met while shooting a silly skit for his show is just . . . so heartwarming. There’s hope for everyone, people! 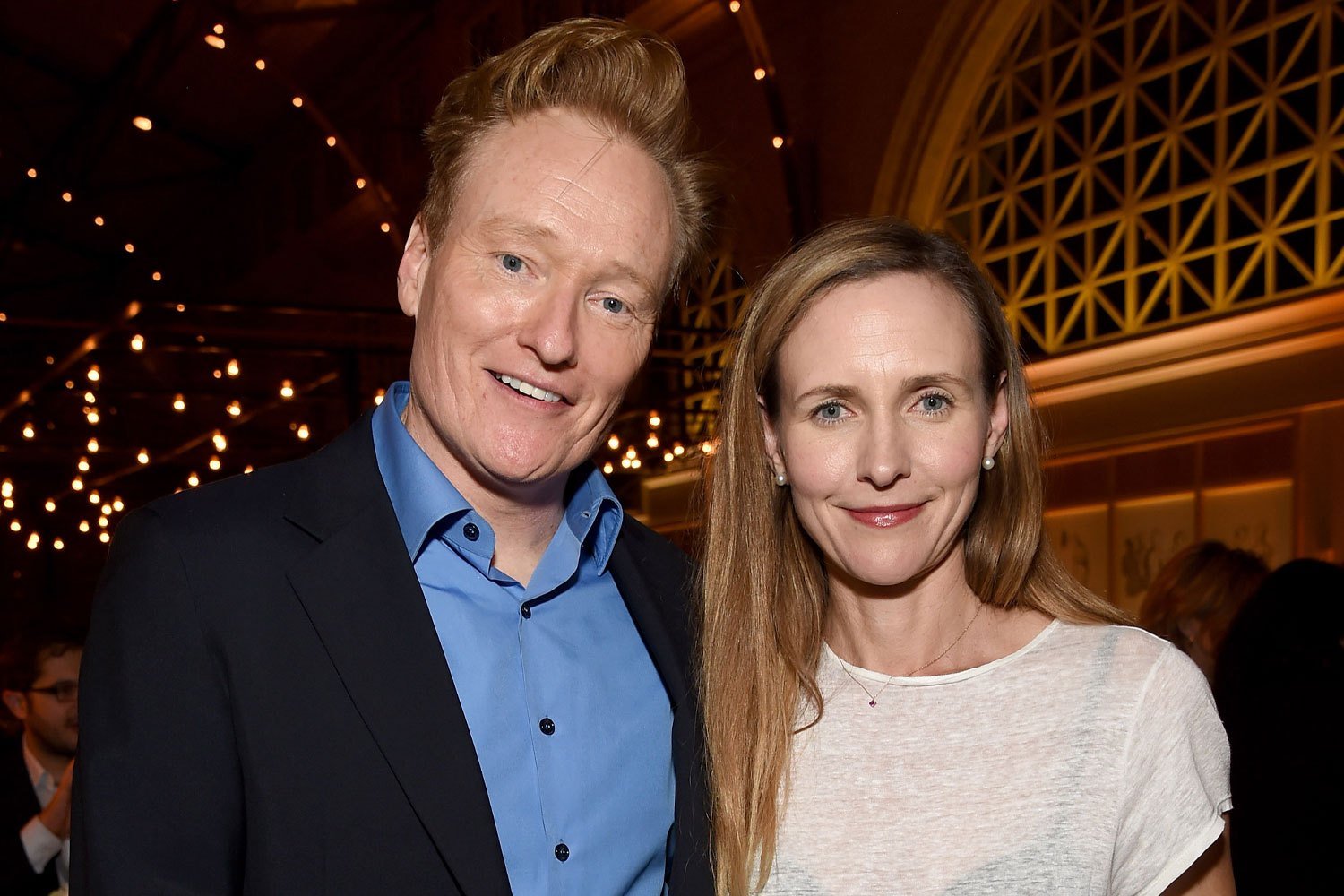 Always be my Conan

So how does Conan O’Brien describe his wife? Going by that Piers Morgan interview: “incredibly beautiful”, “very intelligent”, “funny”, and “a really good person”. So, yes, the man is not a poet. But let’s not pretend it doesn’t take some effort for a dude to open up and sound even slightly sensitive about his relationship for the entire world to see.

Liza Powel probably agrees. She tied the knot with Conan back in 2002, and the couple have had two children together since then. Seeing how most extremely public showbiz relationships flame out, maybe the O’Briens’ are taking the right approach to handling how much of their marriage they put out in the open. We know enough about it to recognize it has a cute origin story, but that’s about it.

And honestly, if they’re happy, we don’t need to know anything else.

Do you know any other amusing celebrity meet-cute stories? Were you aware of that old Hilton Furniture skit where Conan O’Brien met his wife? Let us know in the comments!