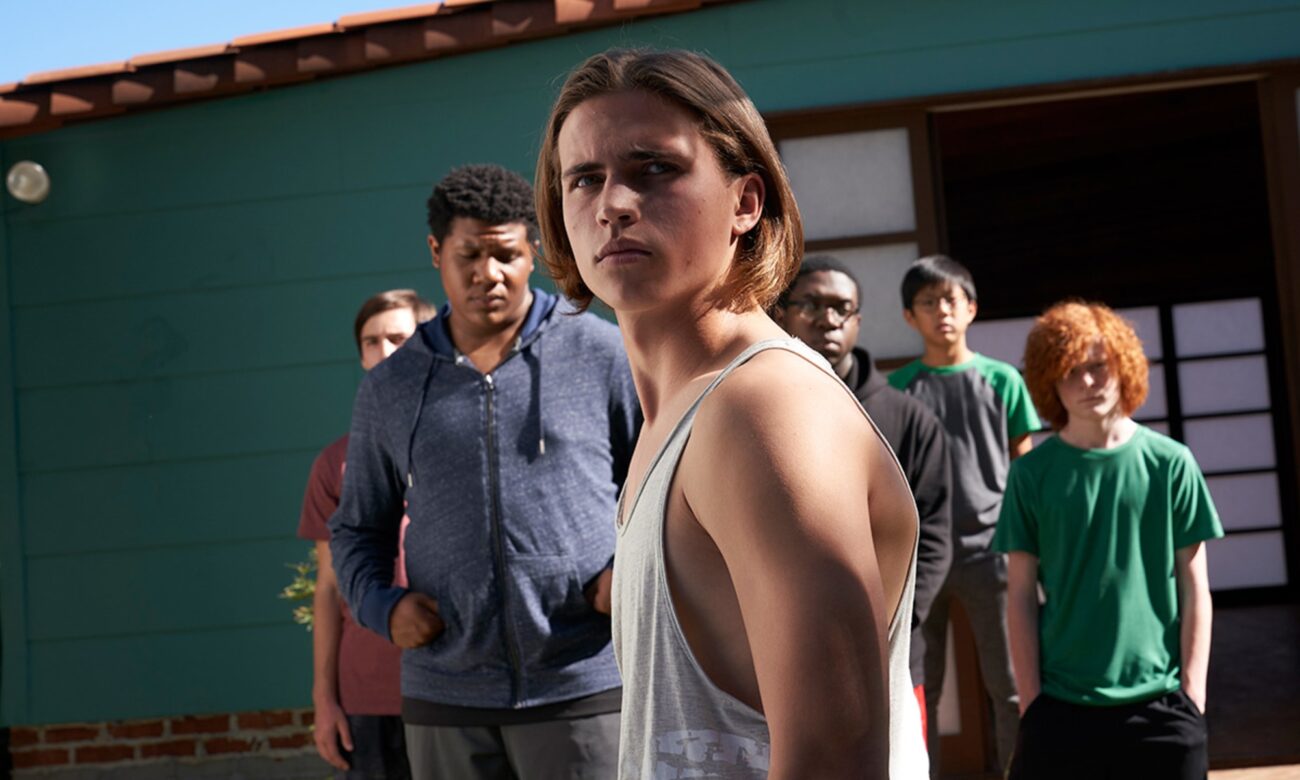 The season 3 finale of Netflix’s Cobra Kai really gave audiences a roundhouse kick to the face, defying expectations for many as we now anxiously await this Karate Kid spinoff series’s fourth season, which has already been confirmed by Netflix.

Cobra Kai season 3 debuted on January 1st, 2021, continuing the story of high-school rivals Johnny Lawrence (William Zabka) & Daniel LaRusso (Ralph Macchio). This time, they’re off to fight their separate battles as Johnny deals with his old sensei John Kreese (Martin Kove) while Daniel sets off to Okinawa to rediscover his own love for karate.

However, Cobra Kai season 3 still left something to be desired for many viewers, criticizing the show for “meandering” and taking the focus off of Johnny, the clear series lead of the first two seasons and instead shining the spotlight on Daniel LaRusso and the kids. What do we make of this messy season 3 ending of Cobra Kai? Let’s delve in. 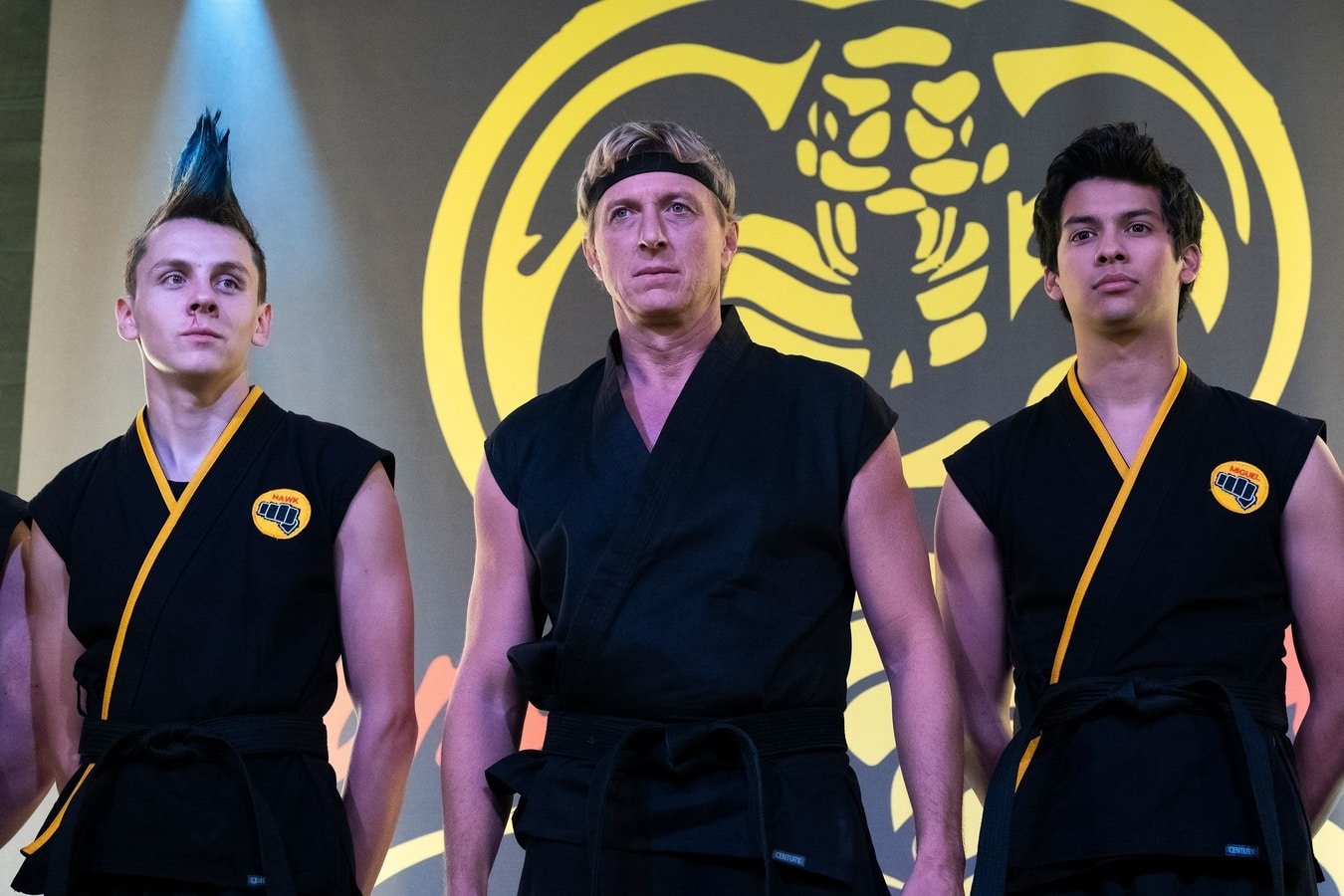 The series follows the adult shortcomings of former karate heartthrob & teen bully, Johnny Lawrence, played once again by William Zabka who reprises his role from the original 1980s Karate Kid films. Returning to the series alongside Zabka is actor Ralph Macchio, who once again slips on the white Gi as Daniel LaRusso, the successful owner of a car dealership in Hollywood. 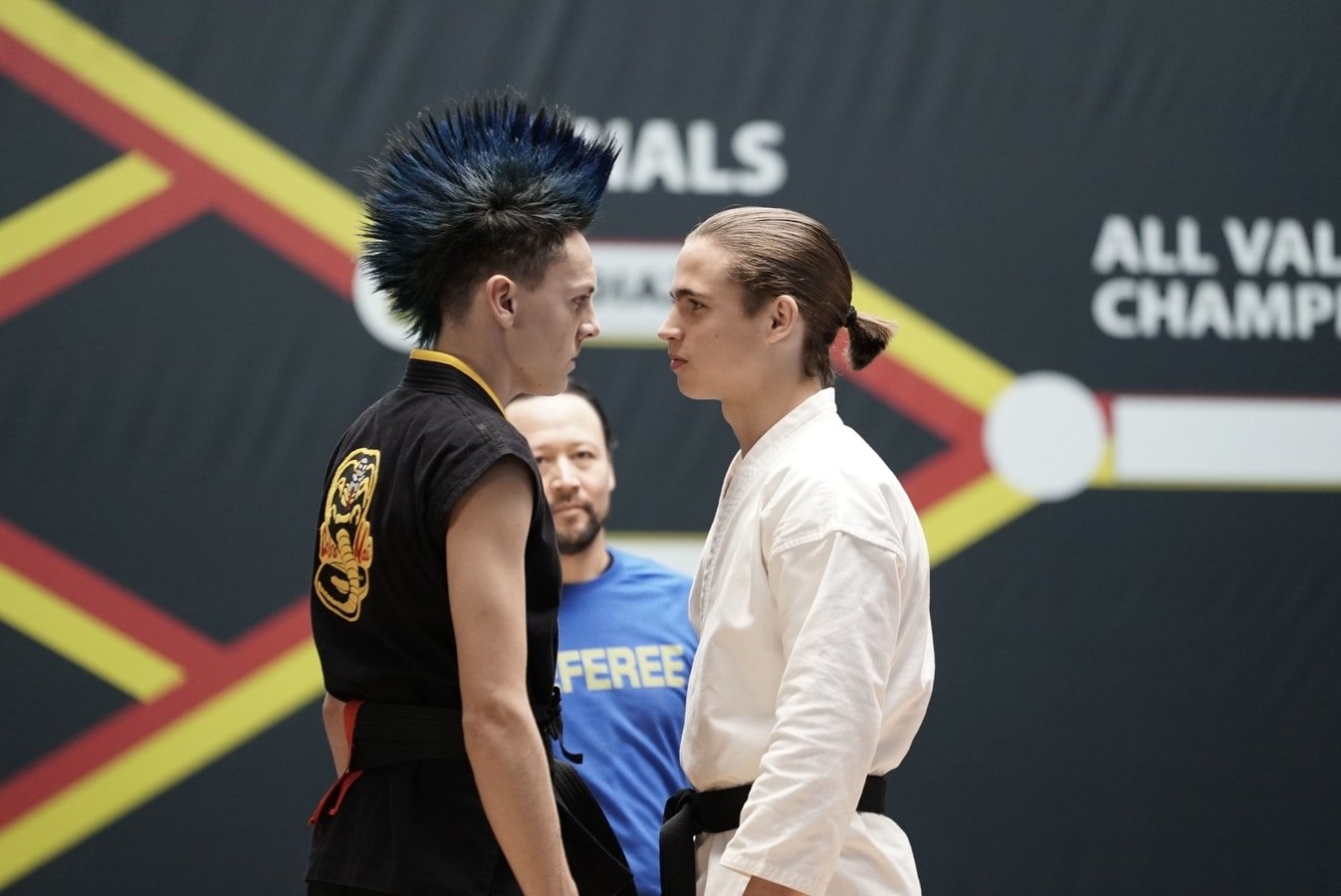 The show tackles multiple themes, including family, revenge, and rediscovery, as Johnny Lawrence winds up reclaiming the Cobra Kai dojo from his childhood and ends up instructing a group of teenage rejects the art of karate, a process that ends up teaching Johnny just as much about himself. However, with Daniel LaRusso unsure of both Johnny & Cobra Kai, he reignites a rivalry as nostalgic as the 80s itself. 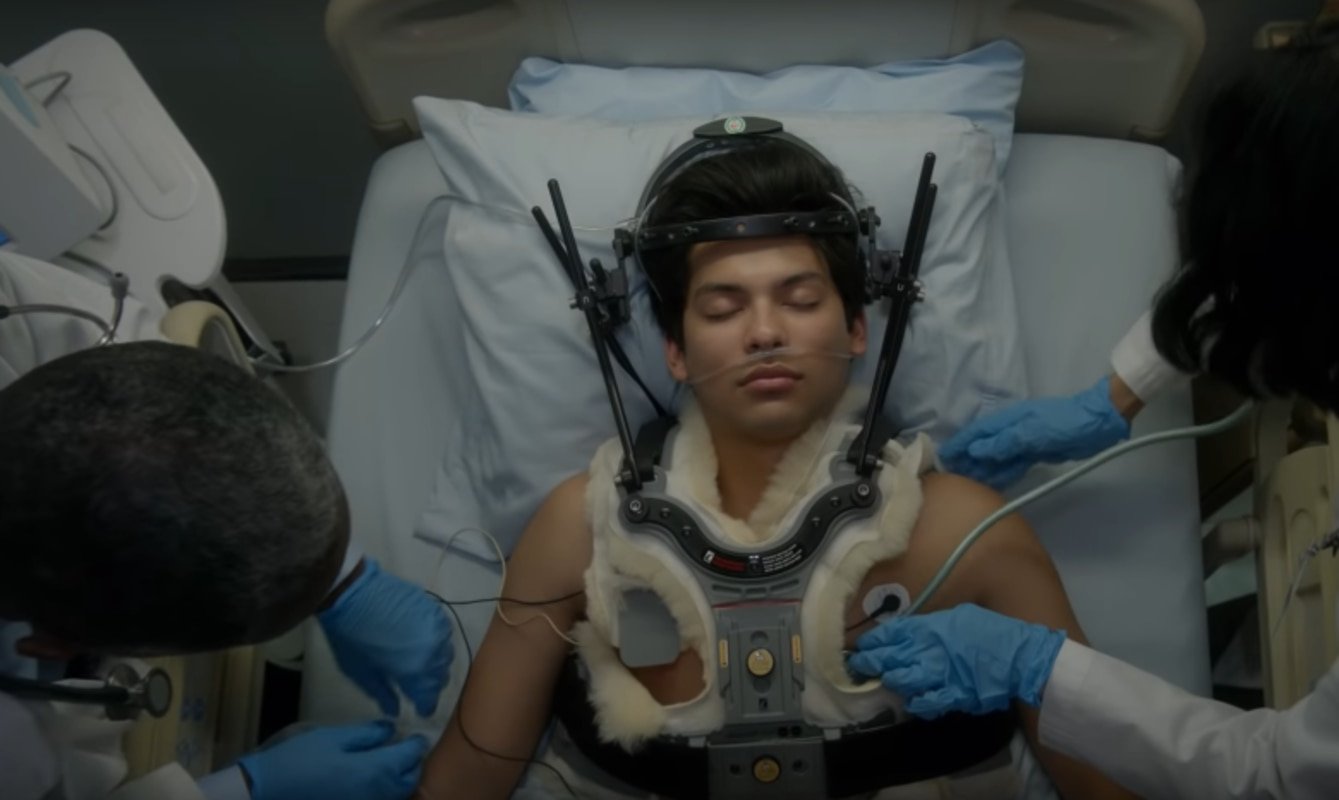 The third season of Cobra Kai took audiences on a bit of an unexpected ride, creating new plot points that deviated from the tradition of Cobra Kai, if only for two seasons. Season 3 sees Kreese at the helm of Cobra Kai, while Johnny is still riddled with guilt over what happened to Miguel at the end of season 2. Daniel LaRusso, meanwhile, takes a trip to Okinawa, running into some familiar faces that we haven’t seen since 1986.

The series offers an exciting climax as we see the Cobra Kai gang enter the LaRusso home, destroying the property before the Miyagi-Do team steps up to defend it. After a few “changing of the tides” for some of the students on both sides, as well as an epic clash that sees Lawrence & LaRusso take on Kreese, we see both Lawrence & LaRusso team up to train together, setting up what we hope will be an incredible season 4. 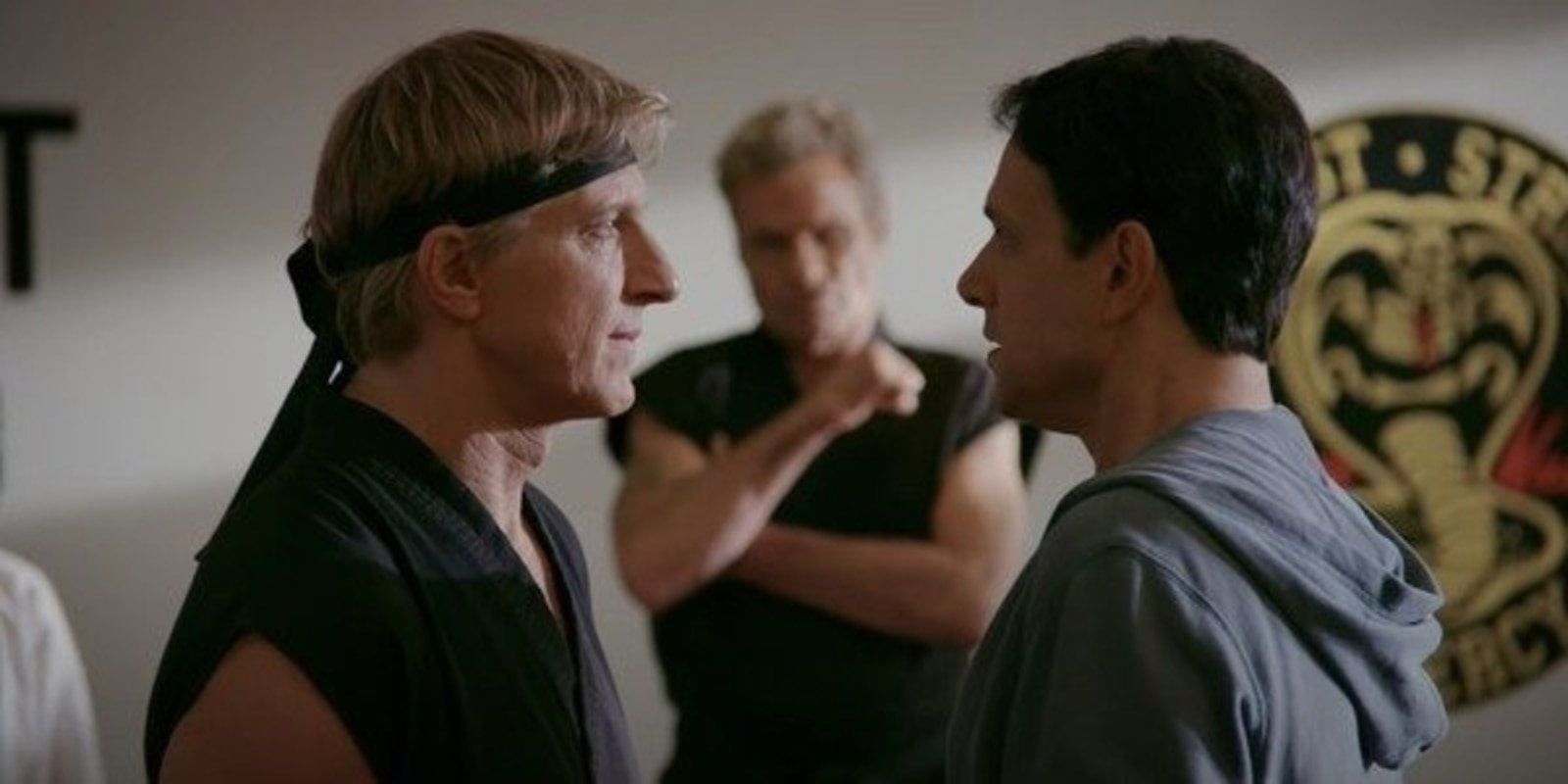 Let’s make some [email protected]#% sense of it all

While we see Hawk (Jacob Bertrand) finally turn against Cobra Kai & Kreese, Johnny’s son Robby (Tanner Buchanan) joins them, flipping the script that will see two of the series’s more bada$$ characters on opposing teams. This, alongside another couple of team switches, will completely reshift Daniel’s precious “balance” as we’ll learn the true motives behind some of our Cobra Kai favorites.

As for John Kreese, many fans of Cobra Kai believe he was calling up war buddy & Karate Kid Part III villain, Terry Silver (Thomas Ian Griffith) during the finale. It only makes sense that the show would try to bring back the shady businessman & karate master Terry Silver to help out John Kreese, especially now that Daniel LaRusso & Johnny Lawrence have teamed up to form their own dojo.

There was more set up done at the end of season 3 than the other two seasons combined. It felt a bit messy given its lack of payoff, but we still have faith in the Cobra Kai series as a whole. Hopefully, by next season it will be a case of more questions answered than asked, as for right now we’re very unsure just exactly which dojo has the upper hand.