We hope you’re wearing your most casual pair of dancing shoes and that ass is ready for ashakin’, because we’re celebrating nineteen of the greatest musical moments in movie history. Full of serenades, parades, iconic car rides, and even the occasional otherworldly possession, this list features the finest songs & dance sequences that took us all by surprise in weird, hilarious, and occasionally romantic ways.

Tim Burton’s seminal horror comedy celebrates its 30th anniversary at the end of the month, and this particular scene is proof of its “strange and unusual” endurance. Showing deceased couple the Maitlands (Geena Davis & Alec Baldwin) taking over a pretentious dinner party by possessing the guests to Harry Belafonte’s “Day O” is a hilarious gem.

If we’re being perfectly honest, precocious rich kid Ferris (Matthew Broderick) was a bit of a pain in the ass. But we’ll let him off the hook thanks to his artful commandeering of a festival float to one of The Beatles’s most uproarious songs. Can Chicago please be like this every day?

You do not choose wet blanket Blaine (Andrew McCarthy) over Duckie (Jon Cryer) when he can improvise a perfect lip-sync performance of an Otis Redding song. Andie (Molly Ringwald) was a damned fool.

Tom (Joseph Gordon-Levitt) perfectly embodies the dual smugness of those “I’m in love and I just got laid” vibes with this sequence in which life is so damn great the whole world dances along to Hall & Oates.

Throw on a bib – you’ll definitely be drooling at the reminder of rebellious dreamboat Patrick Verona (Heath Ledger) hijacking his high school P.A. system to win back Katarina Stratford (Julia Stiles) with a surprise performance of this Frankie Valli love song.

Burton’s eccentric feature about kooky manchild Pee-wee Herman (Paul Reubens) provided the best advisory dance scene in cinematic history. When your life is threatened by an unruly biker gang, do perform an impromptu bartop dance to The Champs while smashing up the joint. It will most definitely save your life.

Marty McFly (Michael J. Fox) lets rip on an electric guitar to Chuck Berry’s “oldie” at a time when the song had yet to send society wild. Hill Valley High School wasn’t ready for it, but we definitely were.

There’s Something About Mary (1998): “Build Me Up Buttercup” 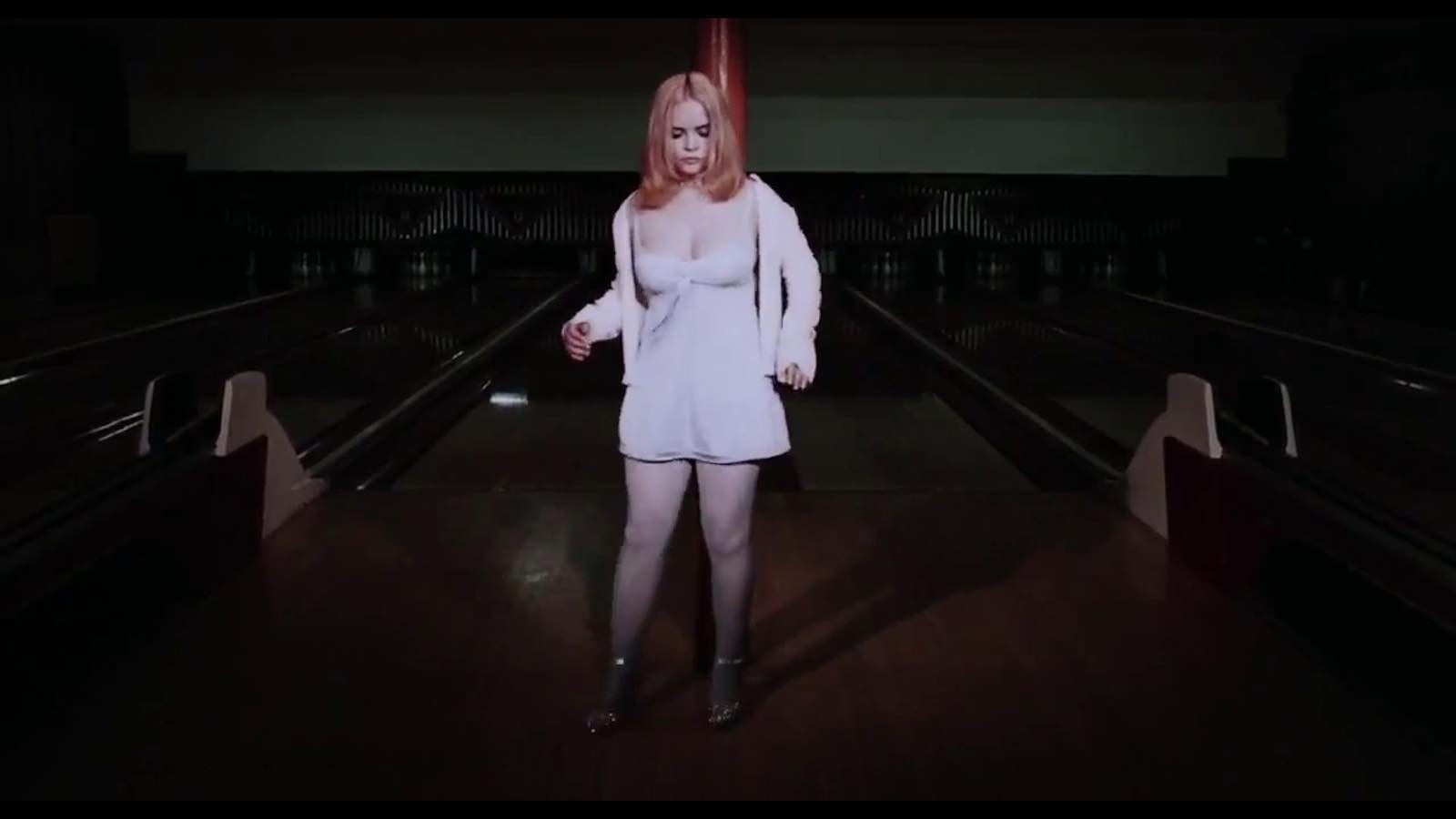 When you’ve been kidnapped by a dude you’re actually pretty sweet on, what else can you do but perform a spotlit tap dance to a King Crimson serenade in a bowling alley? Christina Ricci’s performance remains one of the most unexpected & stunning sequences in Vincent Gallo’s indie classic.

San Diego’s top newsman (Will Ferrell) has only one way to describe love: with an elaborate vocal performance of Starland Vocal Band’s 1976 hit. But the song really comes to life when Brian Fantana (Paul Rudd) & Brick Tamland (Steve Carell) add some perfectly executed harmonies to the acapella while Champ Kind (David Koechner) provides the excitable sound effects of a sky rocket in flight.

This scene is so iconic it’s basically impossible to hear the Queen song without immediately making like Wayne (Mike Myers) & Garth (Dana Carvey) and headbanging the moment the solo kicks in.

Watching Joel (Tom Cruise) jive one out in skivvies & shades to Bob Seger is still one of most joyful (and strangely sexy) movie scenes known to mankind.

If you can’t bust some moves in the middle of detention, where the hell else can you do it? Watching the Brat Pack (including Judd Nelson, Emilio Estevez, and Ally Sheedy) throwing shapes to Karla DeVito’s otherwise unremarkable tune is still utterly energizing.

Derek (Adam Scott) and his suffering wife Alice (Kathryn Hahn) have the sort of pompous, overachieving family from whom you’d happily move across the country just to avoid. Their aggressively impassioned car performance of the Guns ‘n’ Roses ballad? Utterly insufferable & absolutely hilarious. 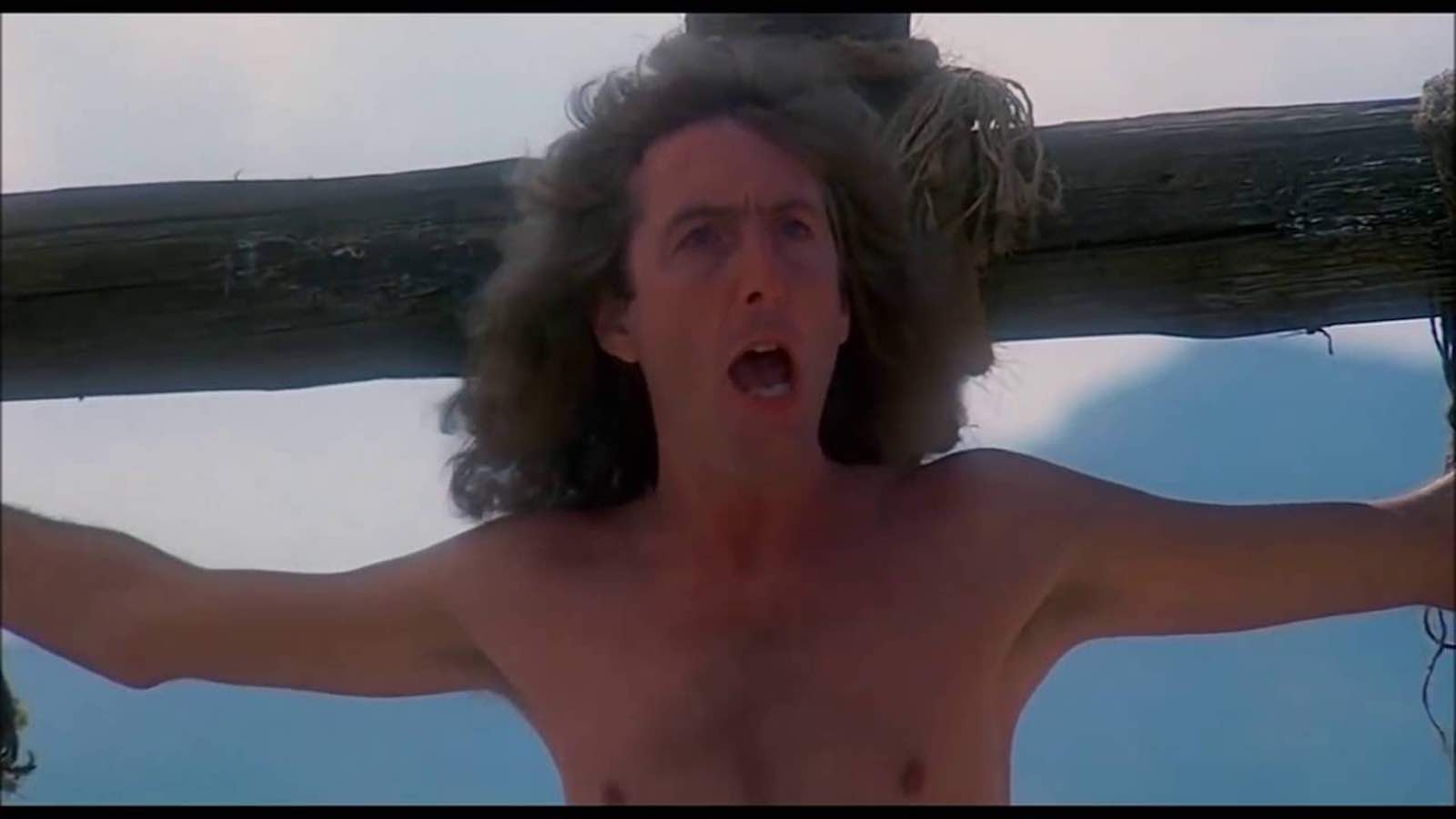 Monty Python’s Life of Brian (1979): “Always Look on the Bright Side of Life”

Seeing Eric Idle instigating an optimistic singalong during crucifixion is one of the most surprising and droll moments in cinematic history. Who hasn’t sung this stoic ditty to him- or herself on the brink of (figurative) death?

We couldn’t forget the second-best surprise musical sequence in Beetlejuice! Lydia Deetz (Winona Ryder) levitates for a performance of Harry Belafonte’s other hit song flanked by a set of ghostly American football players.