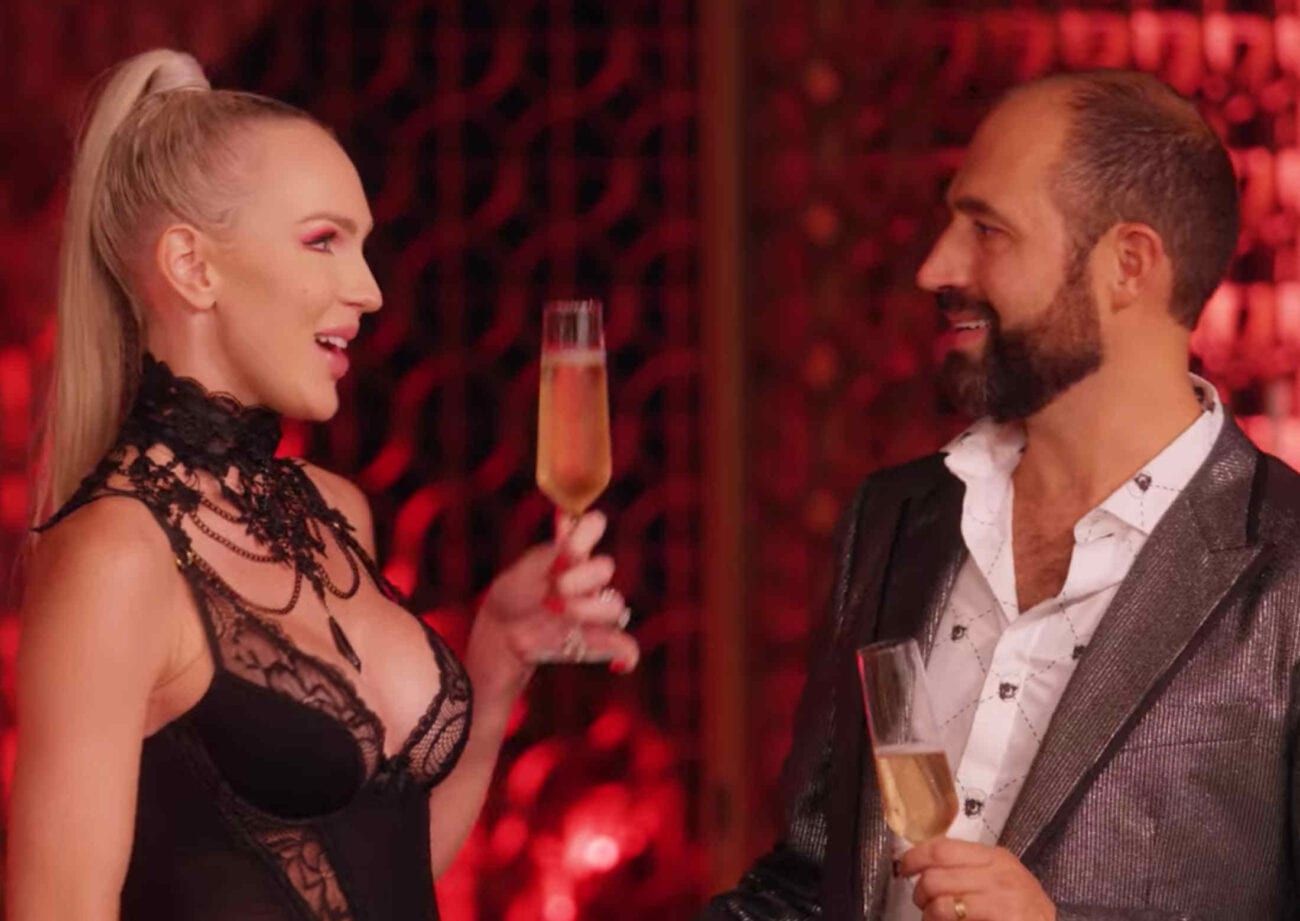 Did Netflix fake Christine Quinn’s wedding? Everything to know

Christine Quinn isn’t one to do things by halves, which she demonstrated to full effect with a lavish gothic-themed wedding on Selling Sunset season 3. It was a theatrical affair that had black roses in ice cubes, a gargoyle on a towering cake, and Christine herself, resplendent in bridal black.

However, Selling Sunset’s garnered a bit of a reputation for faking its content after allegations that the realtors on the show never acquired their license. As for Christine’s wedding, eyebrows were raised when it was revealed the bride & groom were engaged after only a few weeks of dating.

Rumors that even Christine’s wedding was set up for the sake of ratings have bubbled up, but we’re not so sure the reality show villain is faking her wedded bliss. Let’s go over the facts of the Selling Sunset wedding. 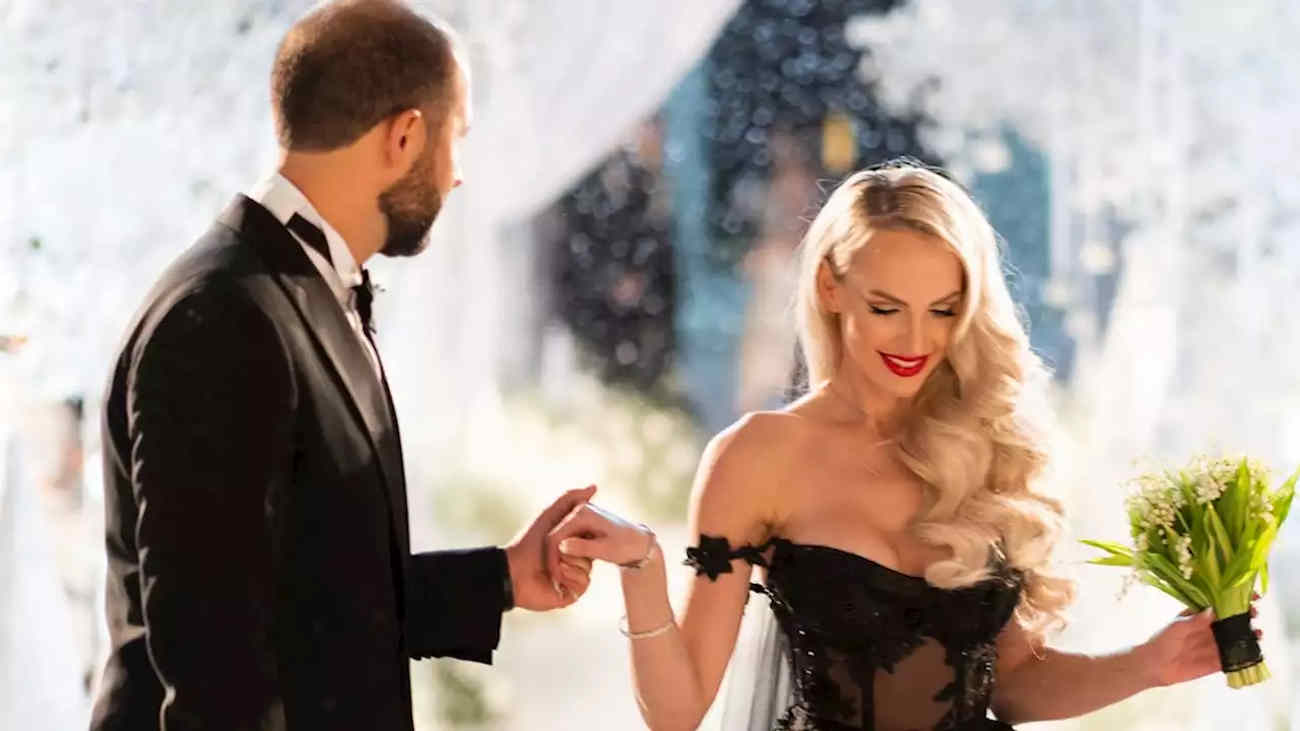 Christine Quinn first introduced her now-husband Christian Richard on season 3 of Selling Sunset. The two apparently met after one of Christine’s friends had already gone out with him.

Christine explained Christian’s job as a software engineer who’s worked for many companies. Christian also helped develop one of the first food delivery businesses, according to Women’s Health magazine. Christian’s also quite a wealthy man as at forty-one he’s already retired and owns a private jet & a $5 million home. 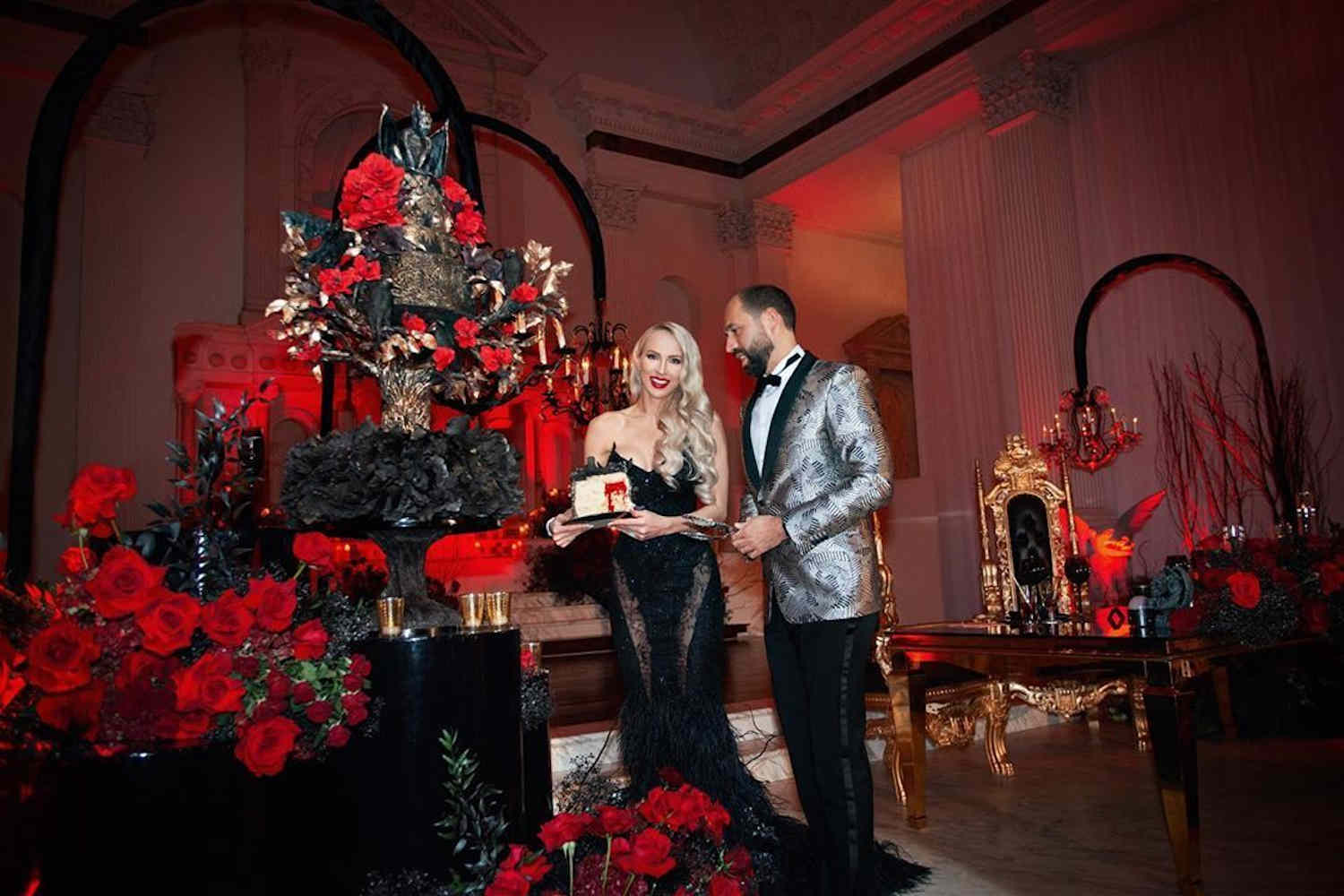 It took a little persuading for Christian Richard to join Christine Quinn on the third season of Selling Sunset. After traveling for a bit when they got engaged, the couple returned to LA to find Netflix had picked up the reality show for another season. Since Netflix wanted to feature Christine & Christian’s wedding, Christian relented and agreed to be on the show.

Christine acknowledged that being behind the camera is hard because it’s not really an organic process – that a lot of things are staged. When Christine finally got to watch the episode featuring her wedding, she cried with disappointment at how it was portrayed, favoring the drama of the show over her dream day.

Christine said, “I was just disappointed in the way it was perceived on camera and translated, unfortunately. I’m not going to lie, I was crying when I watched it. I was like, ‘This is not my wedding, this is not my wedding.’” Christine mentioned she was discouraged that the show’s cut didn’t even include her & Christian’s vows. 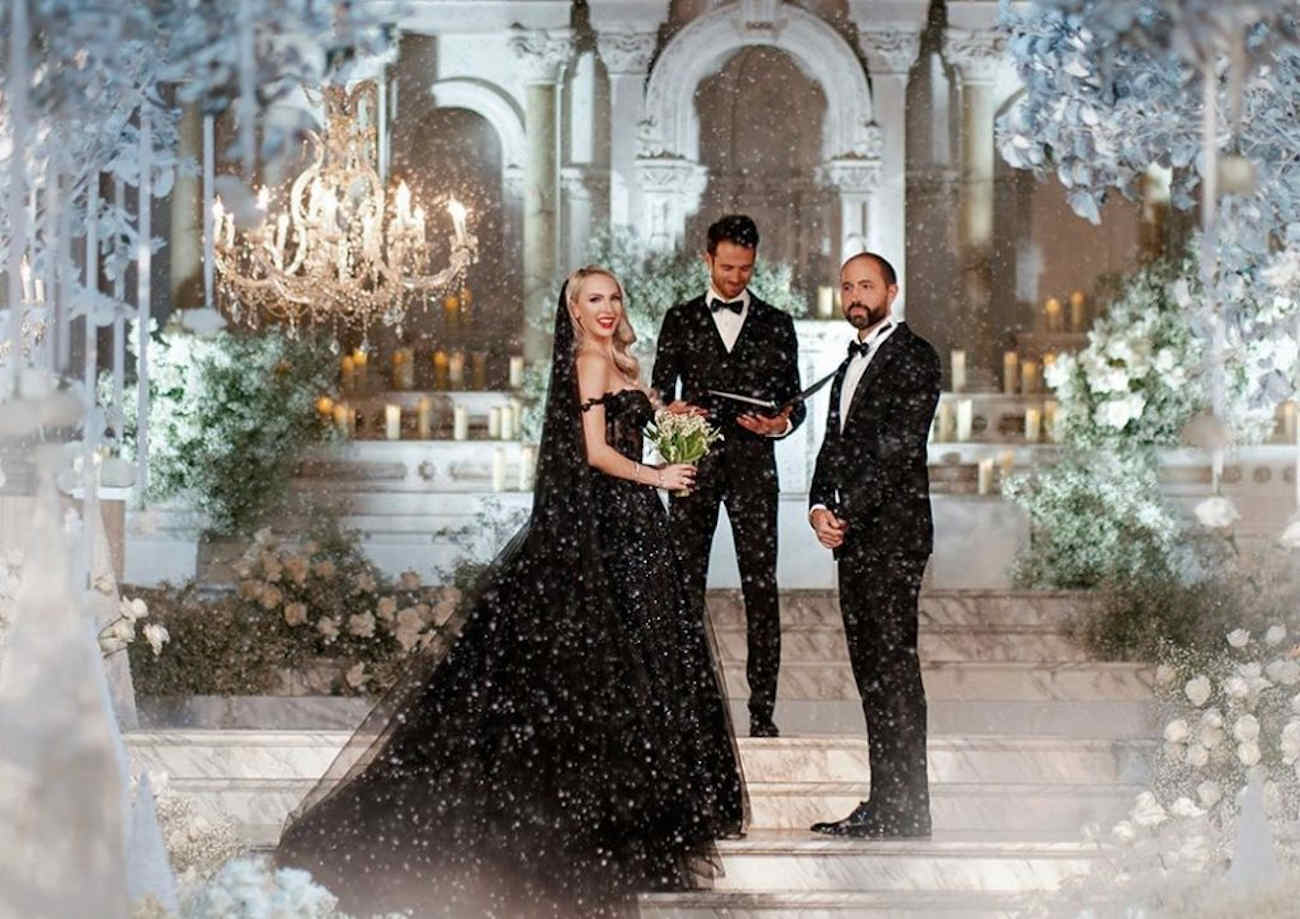 Once upon a December

Christine Quinn’s wedding was a winter wonderland set with a gothic atmosphere. With a tight timeline of only two months, Christine procured not one, but two black dresses to wear on her day, made by couture designer Galia Lahav and with a price tag of $50,000. 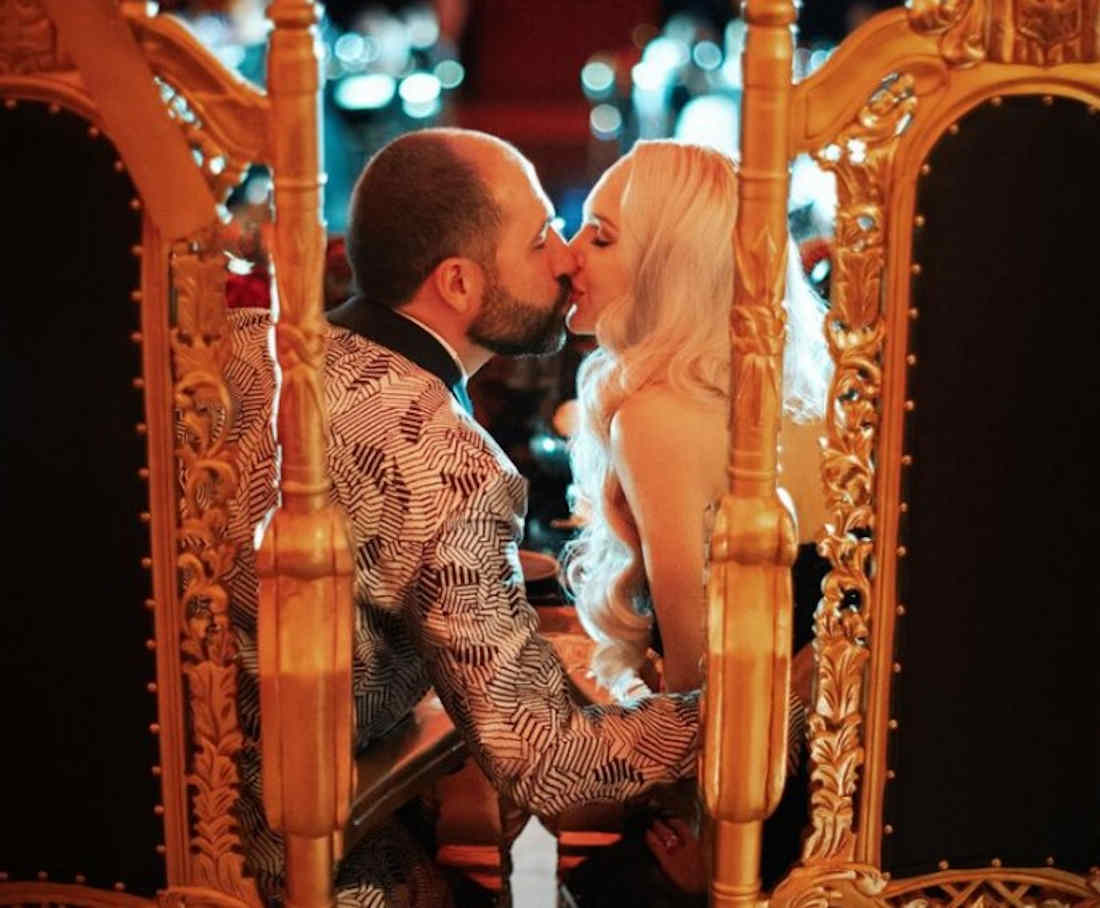 Despite the claims made against Christine Quinn’s opulent nuptials, she & her husband are happily spending their newlywed days together. Christine laments the fact that because of the quarantine the couple hasn’t had the opportunity to do any traveling, but she’s just happy they’re together.

Christine mused on her married life, saying, “We’re doing great. We’re best friends. It’s awesome . . . I’ve been cooking. I’ve turned this ho into a housewife, and I’m Martha Stewart-ing, every night, making homemade pasta and doing the stuff I never had the time to do before.”