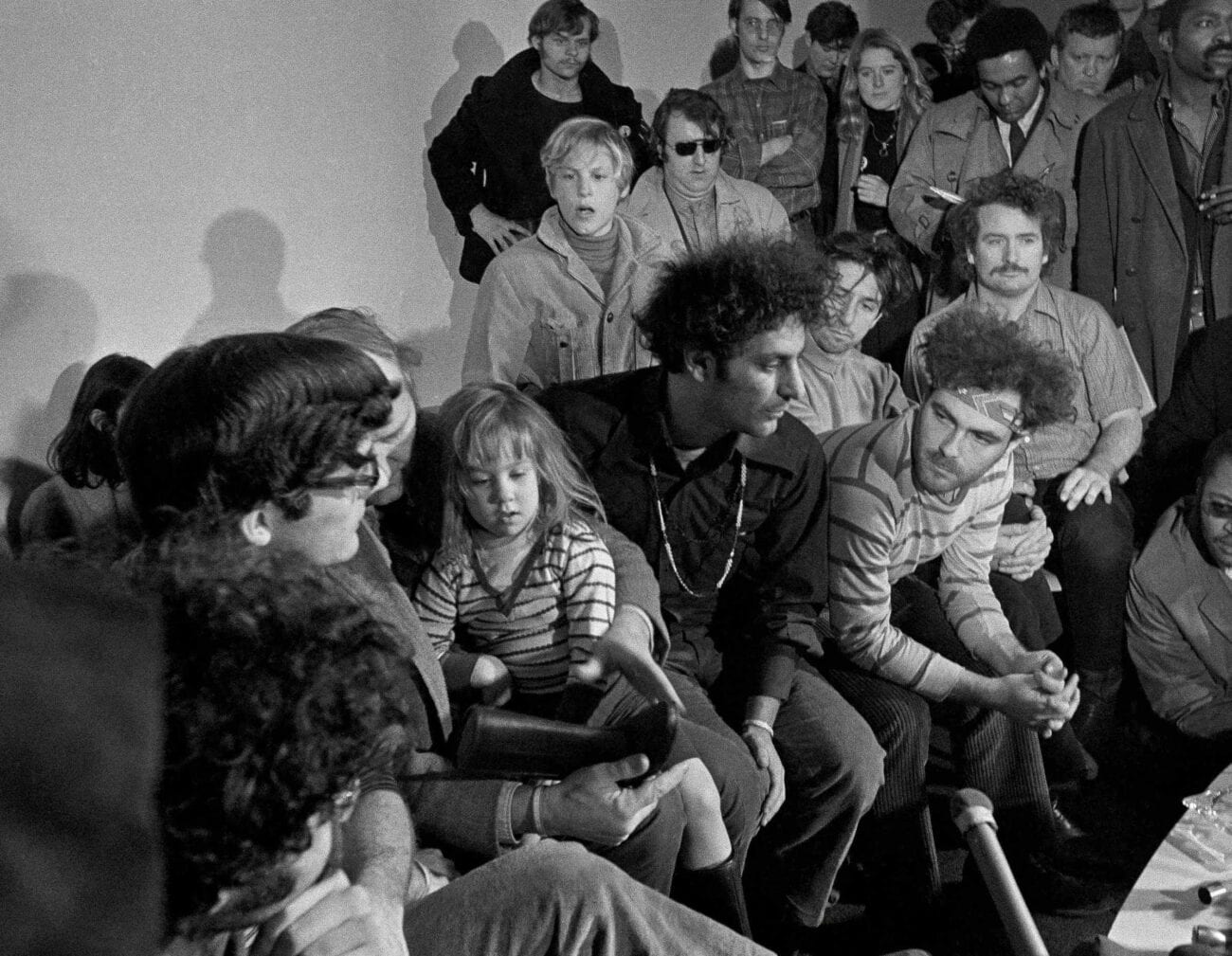 The 1969 Chicago Seven trial began as the trial of the century but slowly disintegrated into a muddled mess. The trial was brought on by protests against the Vietnam War that devolved into riots outside the 1968 Democratic Convention.

Eight men originally stood trial for inciting the riots, though one of their numbers was eventually forced out of the proceedings, whittling them down to seven. For four and a half months the trial dragged on and during that time became notorious for the antics performed by the defendants as well as the harsh punishments dealt by the presiding judge.

The story of the Chicago Seven is now being brought to life for Netflix by acclaimed writer & director Aaron Sorkin. The Trial of the Chicago 7 will depict the events that unfolded surrounding the trial with the help of Sacha Baron Cohen, Eddie Redmayne, Joseph Gordon-Levitt, and Frank Langella. 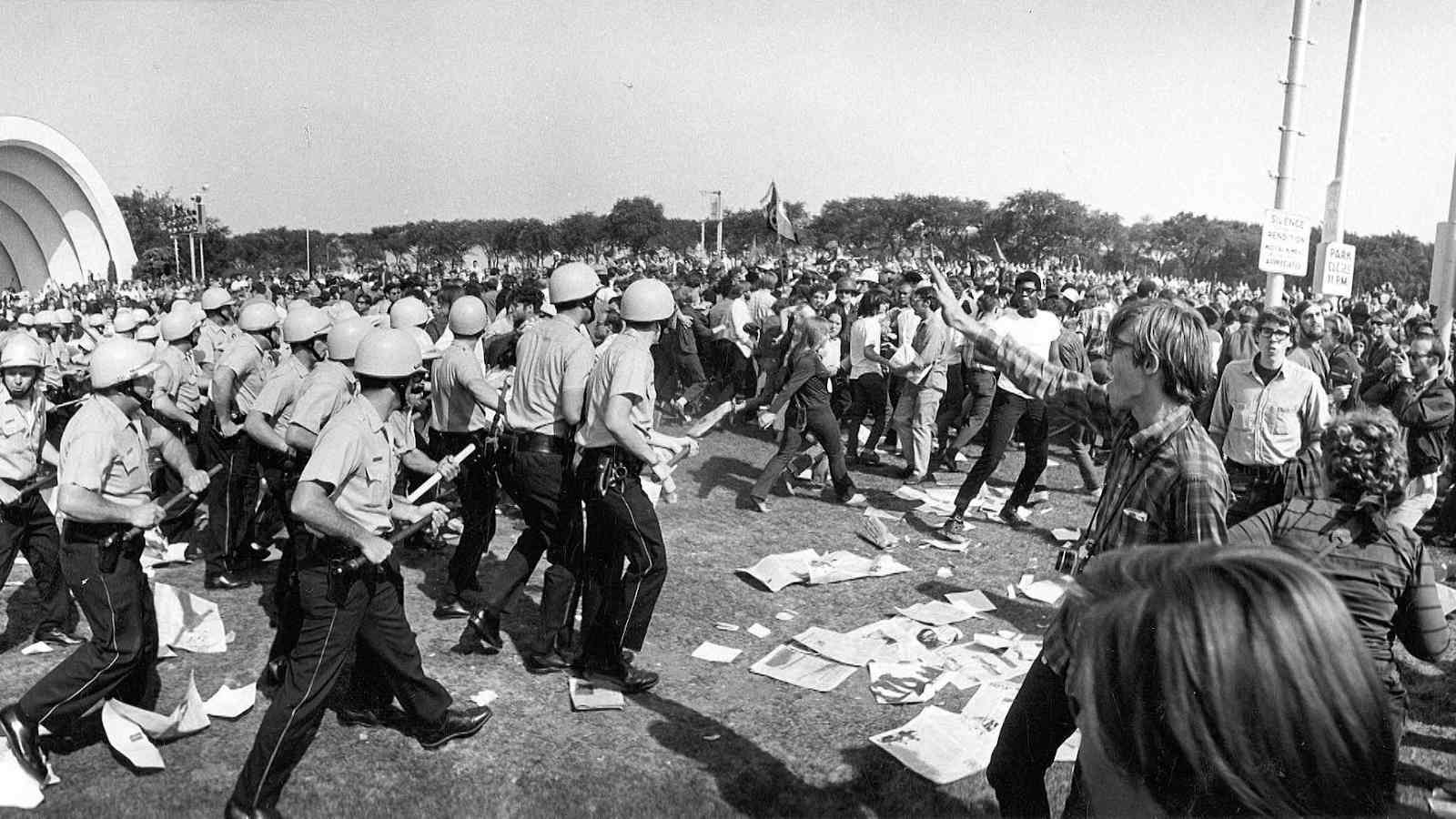 The history of the Chicago Seven

In Chicago during the 1968 Democratic Convention, anti-war & countercultural groups began a rally in Grant Park on August 28. Fifteen thousand protestors attended the rally and then went on to march to the International Amphitheatre where the presidential candidates were headquartered. The police physically intervened to stop the protestors and over five days & nights used tear gas, mace, and batons to beat back the crowds.

Eight men were arrested at the end of the riots, including Abbie Hoffman, Jerry Rubin, David Dellinger, Tom Hayden, Rennie Davis, John Froines, Lee Weiner, and Bobby Seale. These men were charged with conspiracy & inciting a riot and the case was brought up against a federal grand jury. 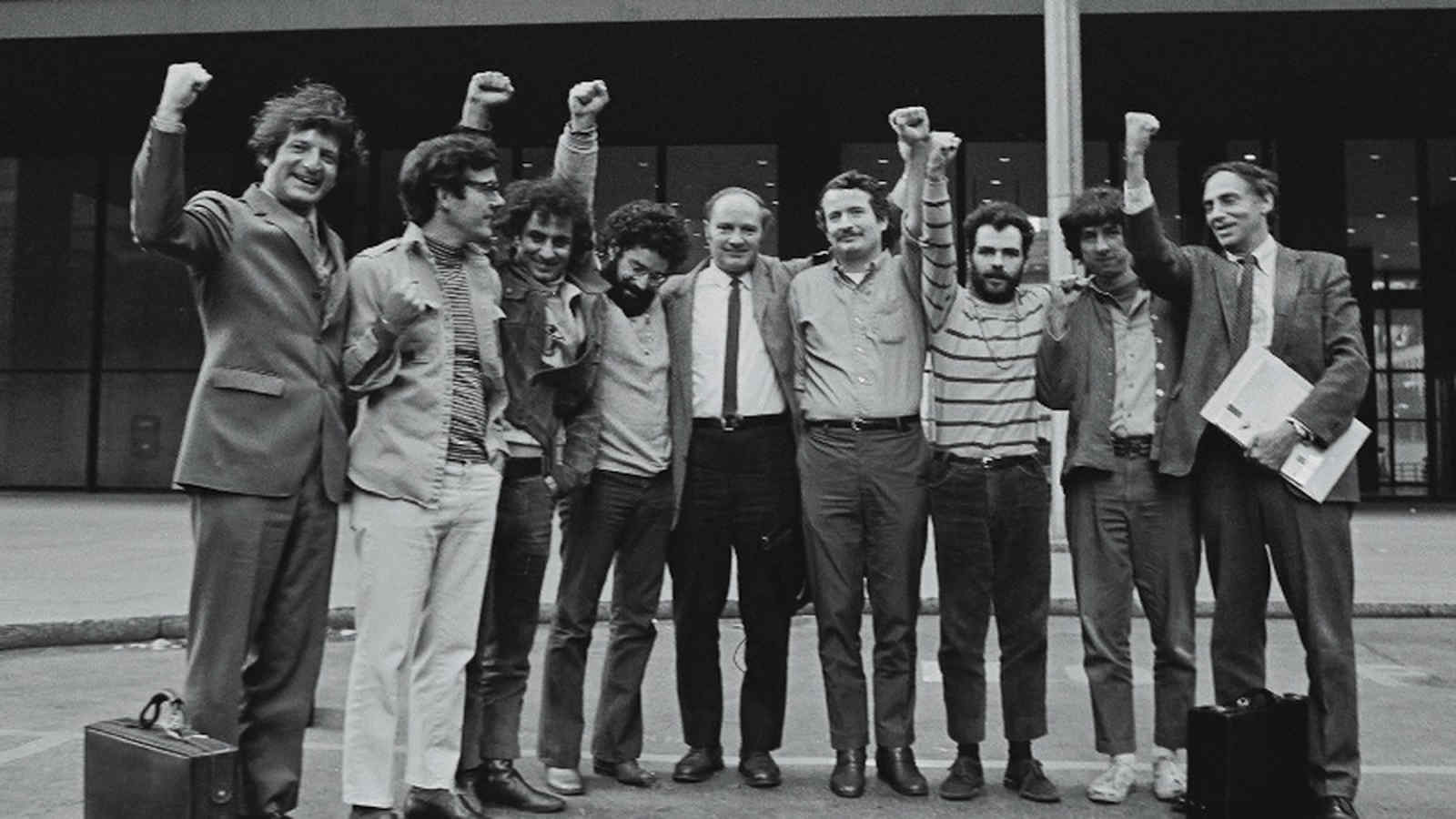 The judge presiding over the case, Judge Julis Hoffman, was a strict conservative with a rigid sense of courtroom decorum. This was challenged almost every day of the trial with outbursts from the defendants, irreverent behavior, and outright rebellion. The jury eventually decided that several of the protesters had incited the riot but none were charged with conspiracy.

Nevertheless, Judge Hoffman charged every defendant along with several lawyers with numerous counts of contempt of court, ranging from two months to four years. The United States Court of Appeals ruled Judge Hoffman to be biased due to his intense dislike for the defendants and overturned the charges. 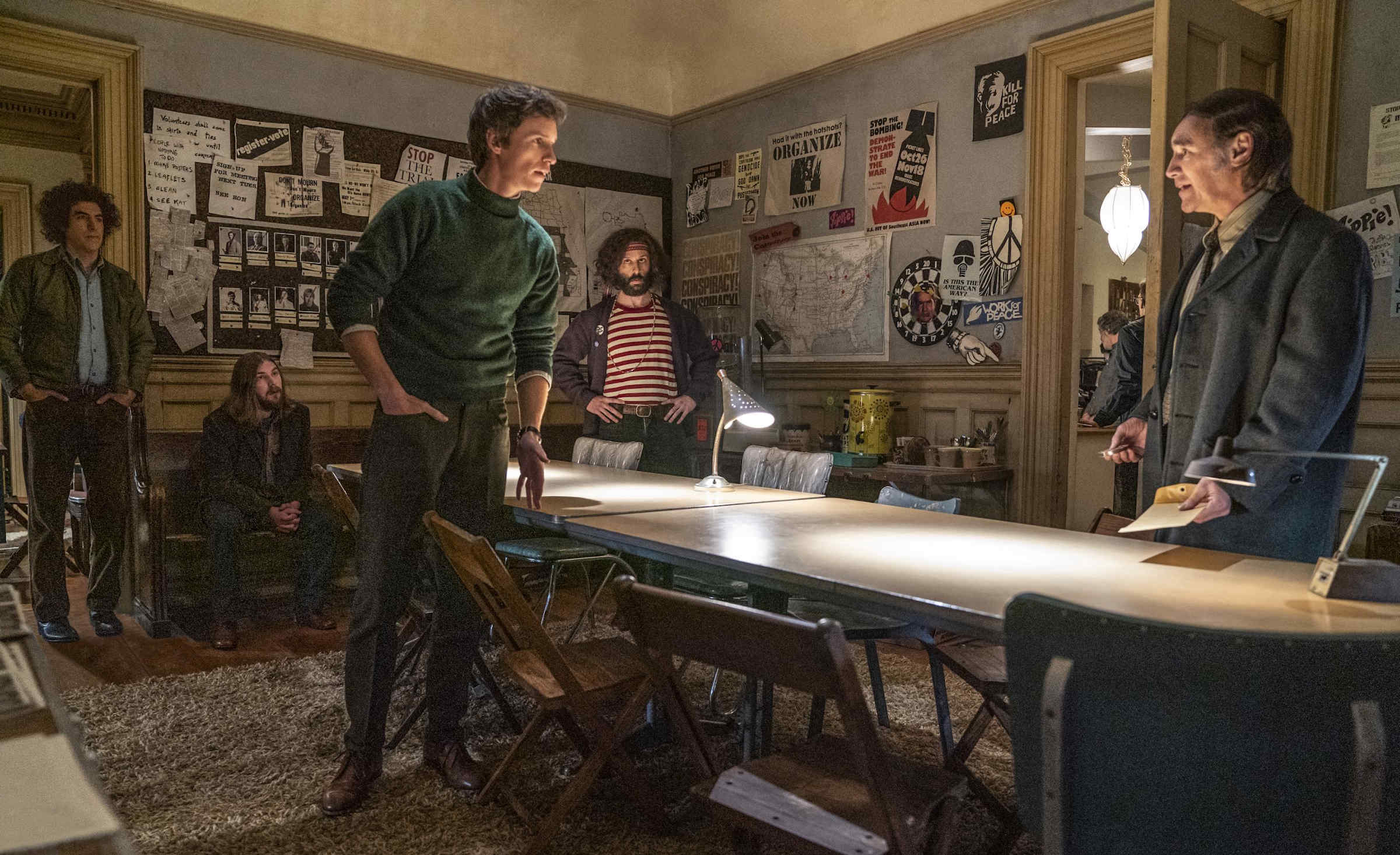 Bringing the story to the screen

The Trial of the Chicago 7 was written by Aaron Sorkin in 2007 and was originally slated to have Steven Spielberg to direct. The film was intended to be made by 2008 but was derailed due to the Writers Guild of America strike in 2007. In October 2018, Sorkin was announced as the film’s director.

The Trial of the Chicago 7 has a star-studded cast to portray the characters of the courtroom drama. Sacha Baron Cohen, who was attached to the project from the beginning, will play the wise-cracking Abbie Hoffman with Eddie Redmayne as activist Tom Hayden, Yahya Abdul-Mateen II as Black Panther Bobby Seale, and Jeremy Strong as anti-war leader Jerry Rubin. 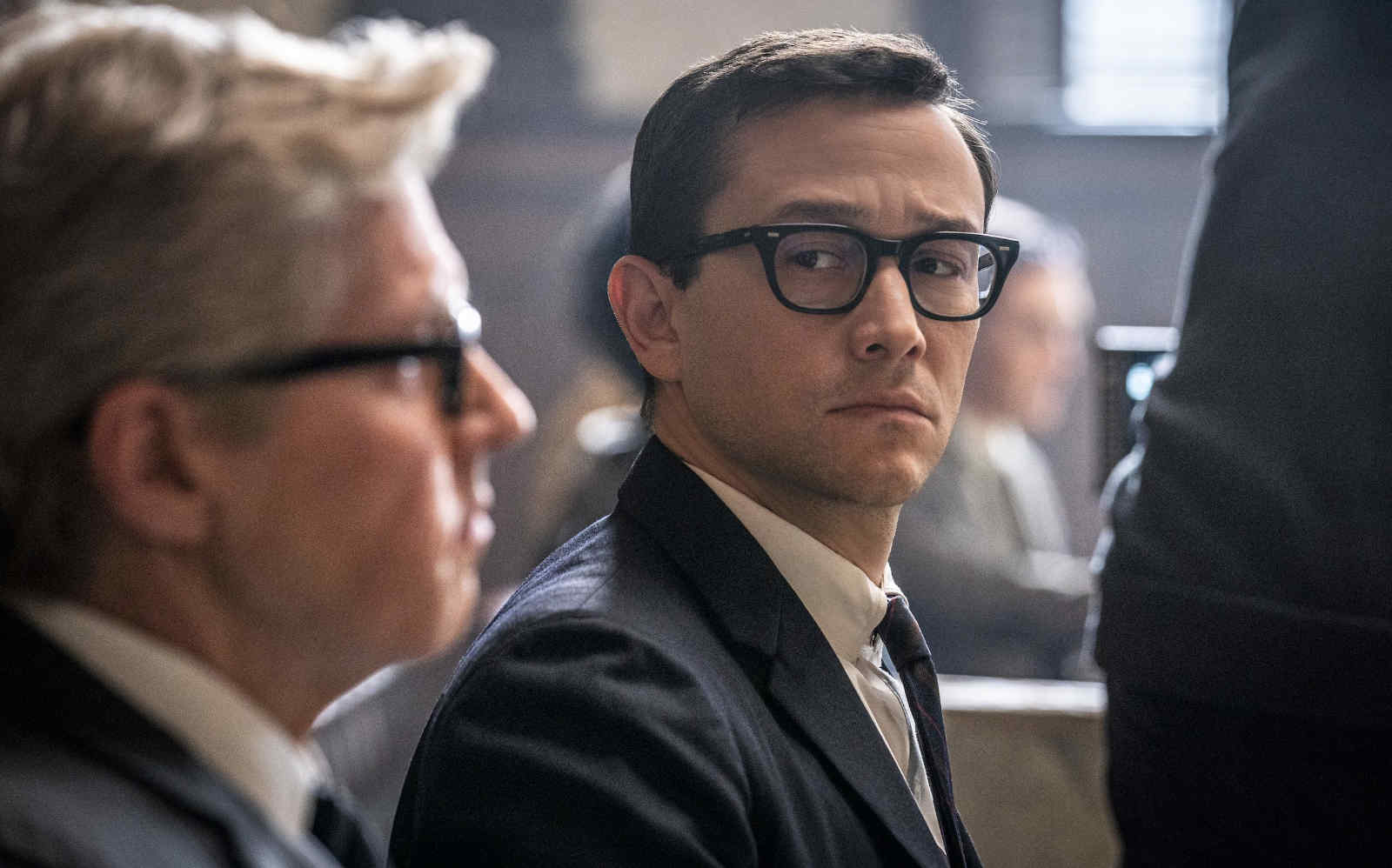 Joseph Gordon-Levitt also joins the cast as prosecutor Charles Schultz & Michael Keaton as United States Attorney General. The role of the tyrannical Judge Julius Hoffman will be portrayed by Frank Langella. Aaron Sorkin stated that working with the cast was like “driving a Ferrari” and the actors returned the sentiment by praising Sorkin’s well-written script.

No award could save it: ‘Dark Crystal: Age of Resistance’ is canceled