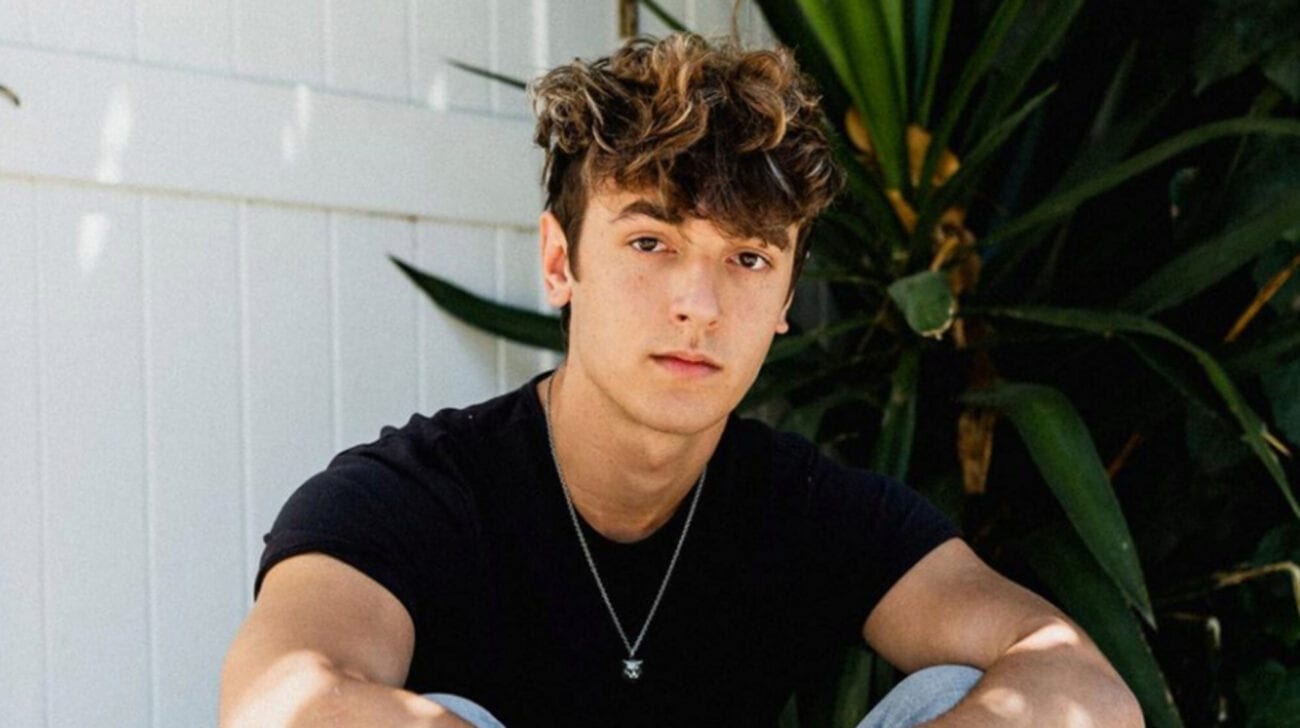 TikTok drama: Here are all the reasons why Bryce Hall is the worst

You may know TikTok star Bryce Hall from his hilarious videos and possible piano playing, but recently the influencer has been caught in some serious drama with ex-girlfriend Addison Rae.

2020 might be the worst year for most, but for Bryce Hall, it was just the beginning by breaking COVID-19 rules and causing Los Angeles utilities to shut down. But today, the TikTok sensation is back with another scandal that might not go away anytime soon. Let’s see what Bryce Hall did this time. 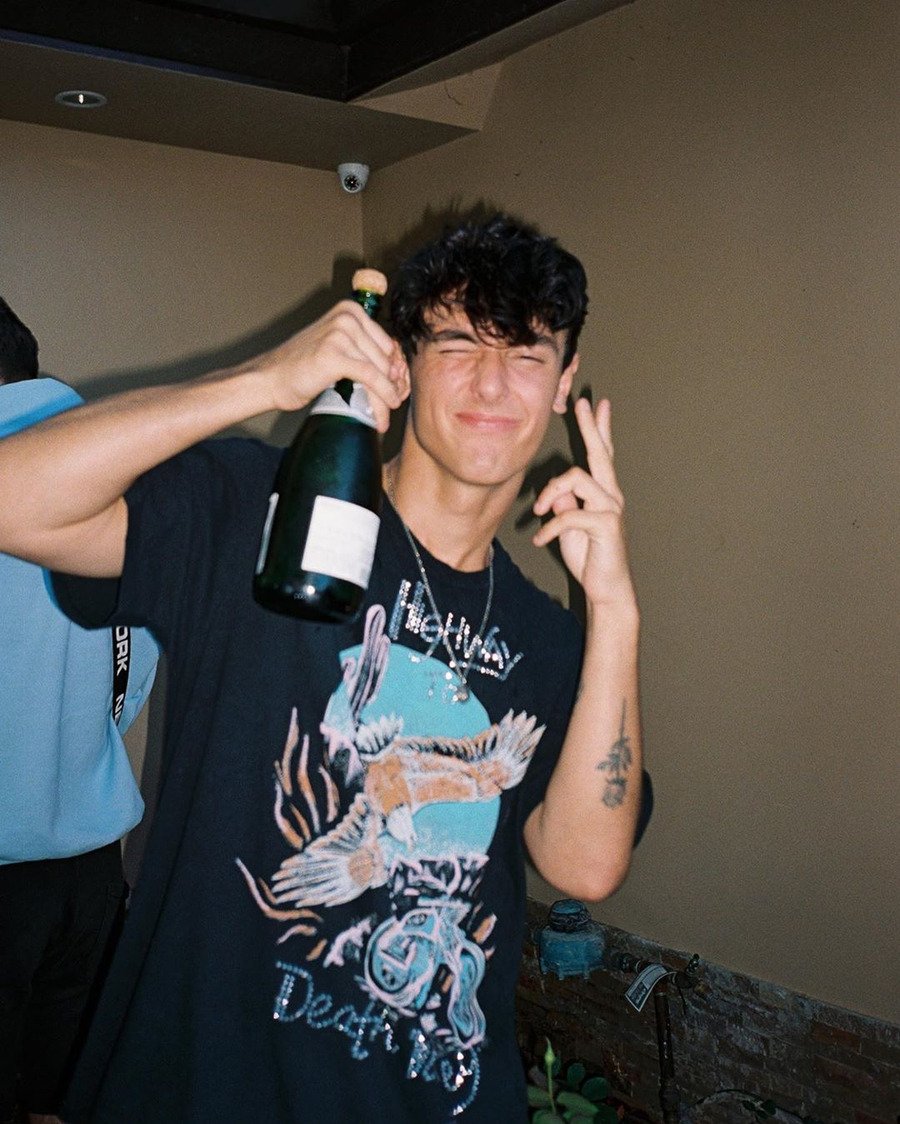 Always in front of the camera

Bryce Hall wasn’t always a TikTok legend. In fact, Hall started at fifteen-years-old on YouNow, Musical.ly & Vine. The practical joker posted crazy videos like “peeing off a balcony” at a Playlist Live influencer’s convention where it actually resulted in a permanent ban.

Bryce Hall didn’t let one ban get him down, instead, he continued to attend parties and threw his very own Hollywood Hills party in the middle of the pandemic with over 100 maskless guests.

As Insider reported, the city of Los Angeles charged Hall with “possession of less than two ounces of marijuana, a class B misdemeanor in Texas punishable by up to 180 days in county jail or a fine of up to $2000.” However, first-time offenders like Bryce Hall would likely be able to avoid any extreme penalties. 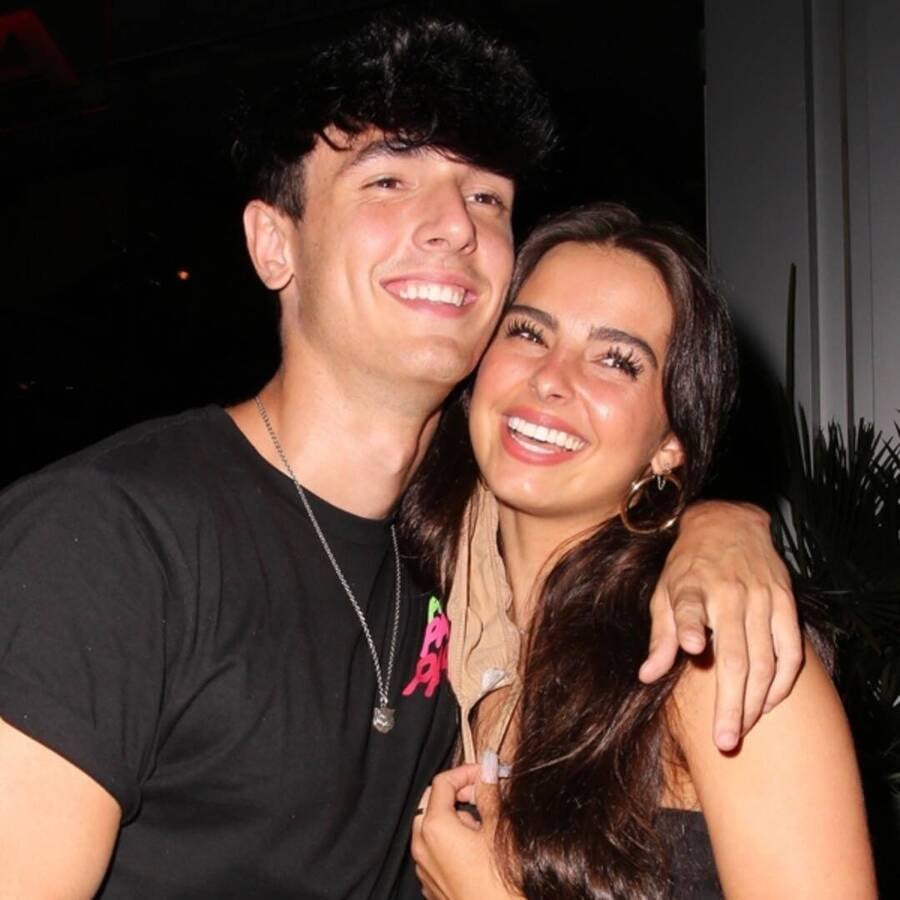 After the partying scandal, it seems Hall is in trouble yet again, but not with the cops, but with Addison Rae. TikTok influencer Addison Rae told a small portion of her 77.7 million followers that her relationship with Bryce Hall was a bit rocky. Rae explained on a Zoom call that she & Bryce were in a fight and she didn’t want to stay mad at him because she obviously still loves him dearly.

Despite Addison Rae’s sweet explanation, fans immediately started breakup rumors about the TikTok couple. According to Seventeen magazine, on Saturday, February 27th, Hall, Tana Mongeau, and Josie Conseco were spotted enjoying each other’s company at the Saddle Ranch in Los Angeles. But where was Addison Rae? 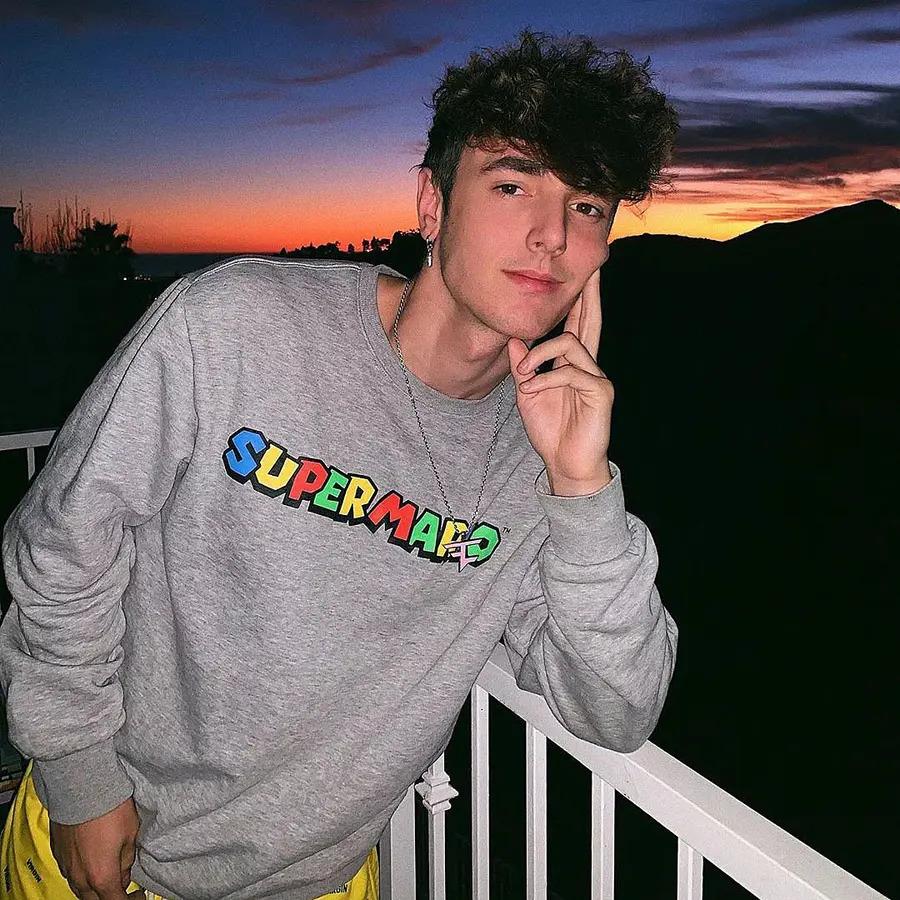 Addison Rae was reportedly at Saddle Ranch, but not with Bryce Hall . . . Awkward. TikTok influencer Addison Rae was apparently enjoying her time in the restaurant with Dixie D’Amelio.

And just when fans thought the day couldn’t get worse, Bryce Hall apparently brought Tana Mongeau a beautiful bouquet of flowers. In fact, Addison Rae was so furious she tweeted: “buying myself flowers what should I get?” Ouch. After that, the TikTok icons quickly unfollowed each other on social media. 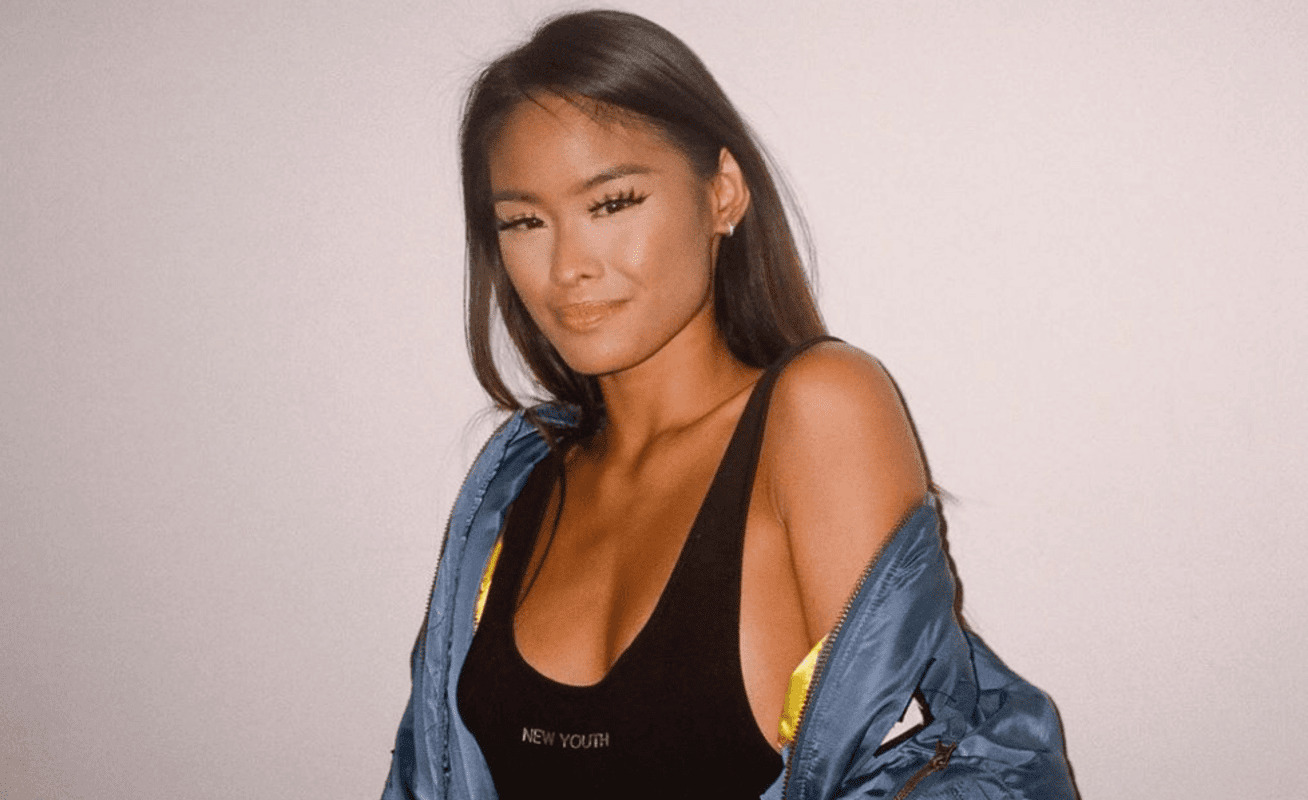 “What happens in Vegas”

Though the flower drama ended with many fans supporting Addison Rae and her broken heart, they quickly dived into Bryce Hall’s trip to Las Vegas that he recently took while the couple were still together.

In a video, Bryce Hall & other social media influencers were partying it up in Las Vegas with Hall exclaiming: “I have a girlfriend, but I love attending.” But straight after the Las Vegas video went viral, a text conversation between two girls took center stage about Bryce Hall. One of the girls claimed that they actually hooked up with the TikTok star twice when Hall was in Vegas.

On the other hand, rumors went flying when Samantha “Saivaintha” Salvador told her Instagram followers that she was with Bryce Hall for a business trip in Las Vegas. As Seventeen noted, fans immediately swarmed at Salvador for “breaking up the TikTok couple”, however, Salvador explained: “He (Hall) was on FaceTime with Addison multiple times and, yeah, even serenaded her with a piano.” Weird. . . 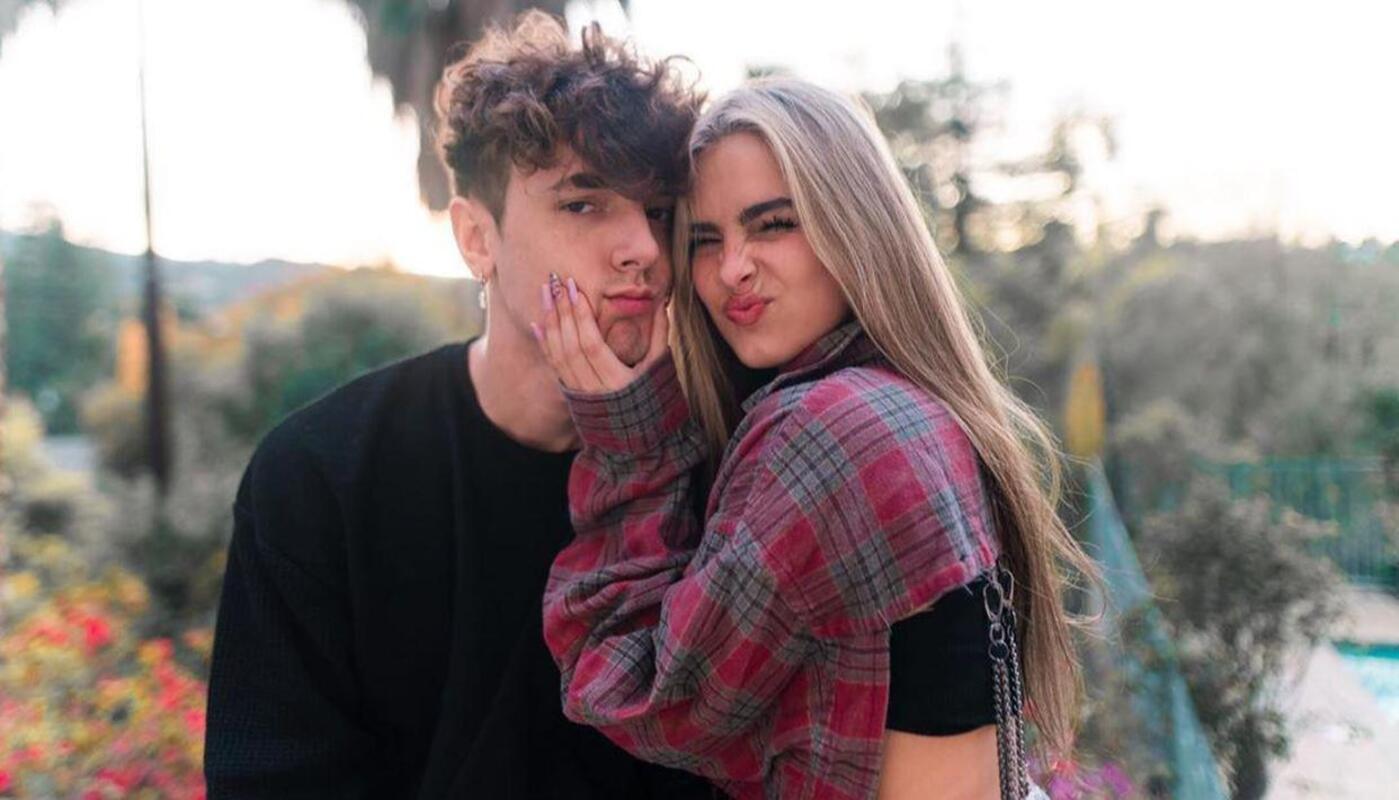 Addison Rae soon appeared on the Hollywood Fix and immediately shut down any conversation surrounding Hall. In fact, she stated: “I don’t think I want to talk about anything to do with that.”

Addison Rae also wrote on Instagram: “I love ya’ll and am always so grateful for the kind words and support you show me. Sharing my life with y’all makes me happy, but some things I choose to handle offline. When and if I want to share, I will make that decision. Thank you again for all the love and support. Hate is never the answer.”

And though Addison Rae isn’t talking, it looks like Bryce Hall has found himself quiet as well when he firmly told Twitter fans: “I didn’t cheat on Addison.”

Do you think Bryce Hall cheated on Addison Rae? Let us know in the comments below.