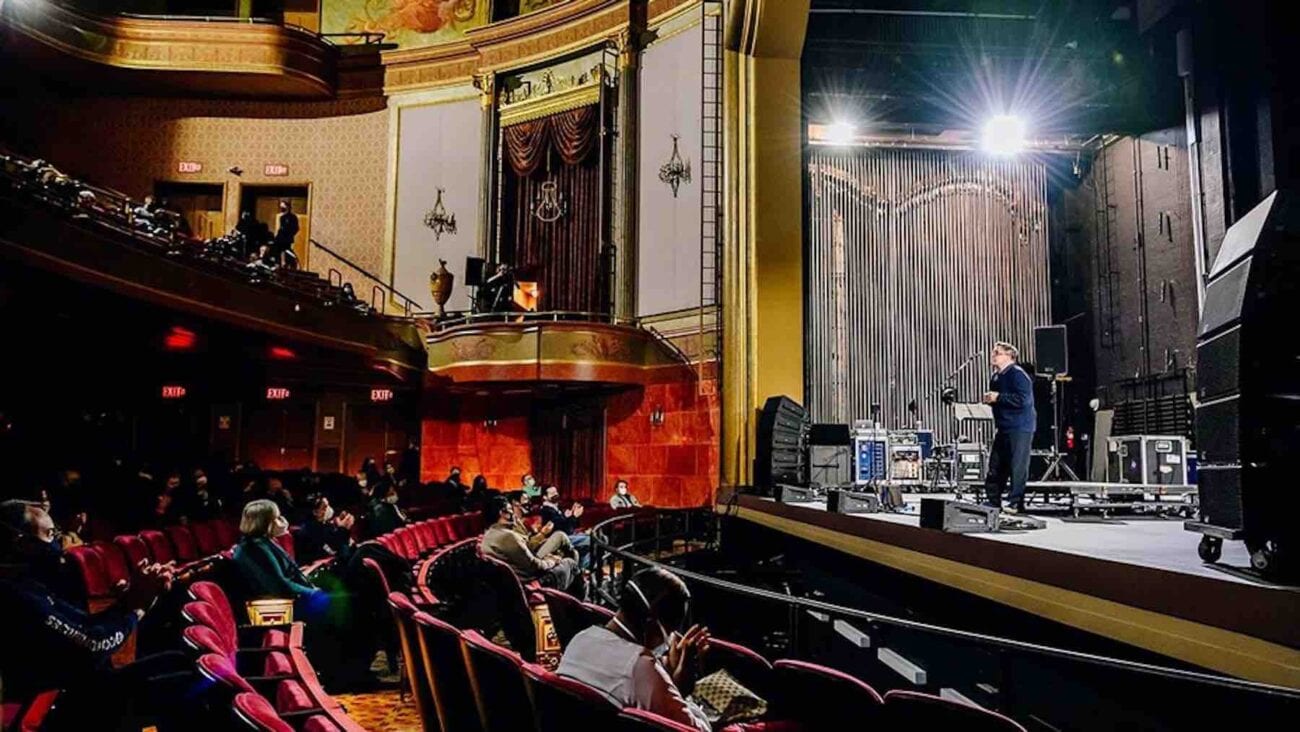 For theater fans the world over, the fact that stages from Broadway to the West End have remained dark & shuttered has been hard. Given the world that we live in, pandemic & all, it’s unsurprising that theatres have remained dark for the time being. It’s hard to enjoy a show when you’re worried about catching COVID from someone sitting next to you.

Still over a year later, Broadway remains dark. While there are tentative talks and plans for a reopening, we can’t help but miss the theater. There’s just something inherently magic about the power of a live stage performance, you know? It gets the blood pumping. Everyone is jazzed. And you’re just swept away for a couple of hours to laugh or sob. Either way, you’re going to get some sort of catharsis from the event.

Well one historic Broadway theater got to have its light open for a brief time. Here’s what you need to know. 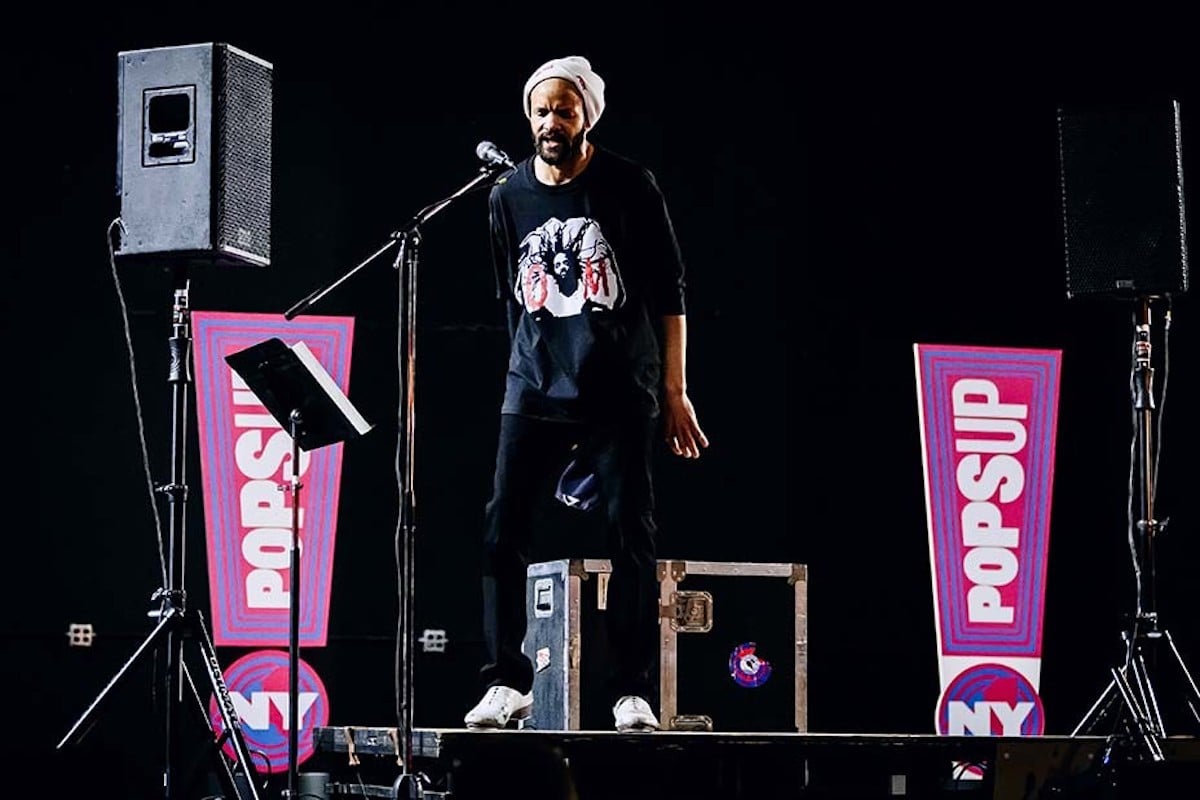 For less than 40 minutes on Saturday, April 3, the lights of the historic St. James Theatre were on. We’ve talked about the NYPopsUp in the past, which is the initiative developed in New York as a way to jump start interest in the arts after well everything had to be shut down. It was developed by producers Scott Rudin and Jane Rosenthal in coordination with the New York State Council on the Arts and Empire State Development.

Two Tony Award winners, Nathan Lane & Savion Glover, performed for 150 guests in the Broadway theater, which has a capacity for 1,710 people. The audience was exclusively comprised of frontline workers at the Actors Fund & Broadway Cares/Equity Fights AIDs. In addition to being part of NY PopsUp, this is also a test run to serve as a model for the many dark Broadway theaters to reopen safely.

The St. James Theatre, practically a Broadway theater institution, had COVID-19 compliance officers to help ensure all CDC & NY DOH guidelines were being met. According to The Hollywood Reporter, “Those who attended Saturday’s performance were tested prior to showtime or had to show proof of being 14 days past the completion of a vaccine series along with filling out a contact tracing questionnaire.” 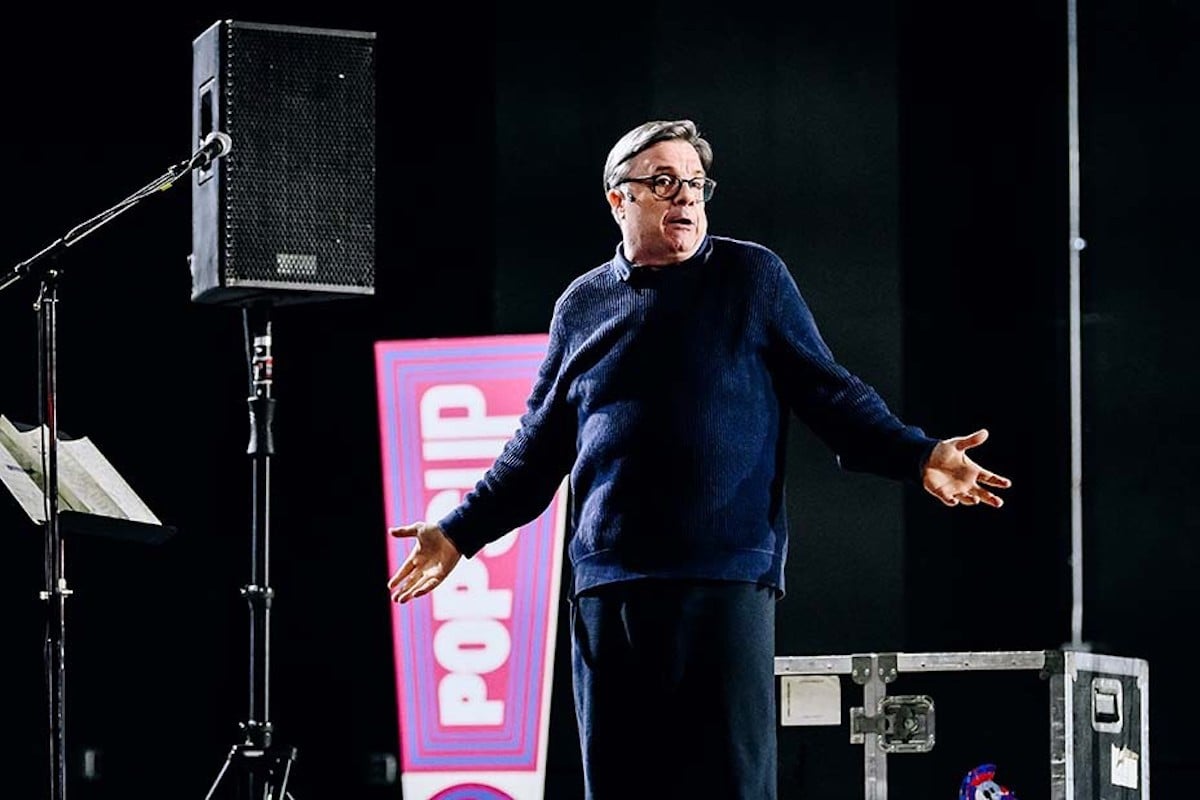 What did Glover & Lane do?

Housed within the historic Broadway theater, Savion Glover performed a tap retrospective for the audience of Broadway numbers such as “I Hope I Get it,” “Memory” and “Black and Blue”. Lane, meanwhile, appeared to recite a monologue penned by Playbills scribe, Paul Rudnick about a man who spent a year in his apartment yearning to just go back to the theater again. Wow, that definitely hit us where it hurts.

In the monologue, Lane said, “I love theater. I can’t explain it. It’s just when I have tickets to a show it lifts my whole day. It’s like a date with someone who might be wonderful, or might be boring, or might change my life forever.”

One particularly moving moment, according to curator Zack Winokur, was when Glover removed the ghost light to start dancing. A ghost light is a single bulb that burns whenever a theater is dark. Needless to say, a lot of ghost lights weren’t just burning in Broadway, but theaters around the world as well. He said, “Everything feels like a first for the festival in many ways, and this was quite a momentous one.”

What do you think about this historic Broadway theater turning on its lights? What about Savion Glover and Nathan Lane’s performance? Are you excited to see what could come next from NYPopUps? Are you ready to get back to Broadway again? Let us know in the comments below.