Does the ‘Bridgerton’ season 2 trailer hint at the Duke’s return?

Bridgerton season 2 is pretty much what everyone who loves Netflix is waiting for. Since the first season debuted at the end of 2020, Bridgerton has been the name on everyone’s lips. It’s, quite literally, one of the biggest series out there right now. Even now, almost a year after its debut on the streaming giant, Bridgerton continues to dominate on Netflix.

Sure, it’s not in the Netflix Top 10 chart anymore, but that’s not stopping people from revisiting it as we wait for Bridgerton season 2 to debut. People are still heading back to the beloved series, which has been renewed through season 4 due to its popularity, to get that fix of romance. (Also, spoon-licking. The spoon lick is iconique now.) Now, however, we have new footage.

Netflix, in order to work us all into a frenzy, had a fan event called TUDUM over the past weekend. They dropped first looks at series such as The Sandman, clips from upcoming movies like Red Notice, and, finally, a first look at season 2 of Bridgerton. Suddenly, we all were swooning over sharp words and some serious eye contact. What did we learn about season 2 of Bridgerton from the footage? Here’s what we know.

The Viscount Who Loved Me

Bridgerton season 2 is, like all the seasons, based on a book in Julia Quinn’s Bridgerton series. Specifically, it’s based on the second novel, The Viscount Who Loved Me. Here’s a quick synopsis of the book from Amazon, if you’re curious:

“This time the gossip columnists have it wrong. London’s most elusive bachelor Anthony Bridgerton hasn’t just decided to marry—he’s even chosen a wife! The only obstacle is his intended’s older sister, Kate Sheffield—the most meddlesome woman ever to grace a London ballroom. 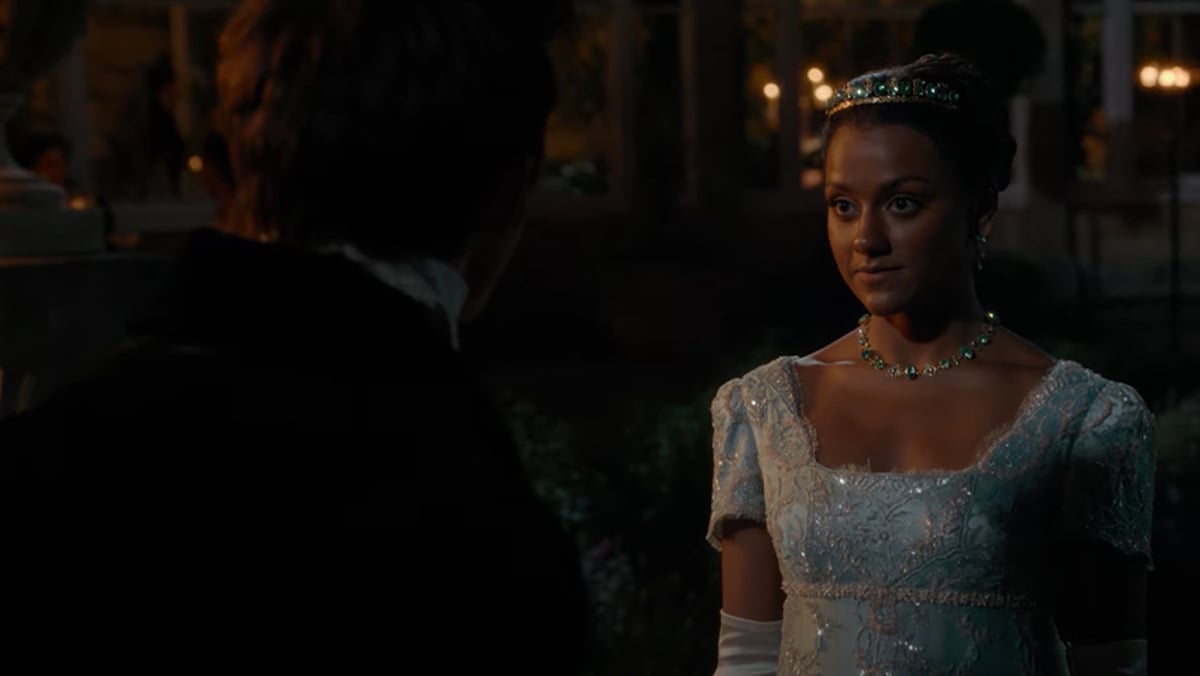 It continues, “Contrary to popular belief, Kate is quite sure that reformed rakes do not make the best husbands—and Anthony Bridgerton is the most wicked rogue of them all. Kate’s determined to protect her sister—but she fears her own heart is vulnerable. And when Anthony’s lips touch hers, she’s suddenly afraid she might not be able to resist the reprehensible rake herself…” 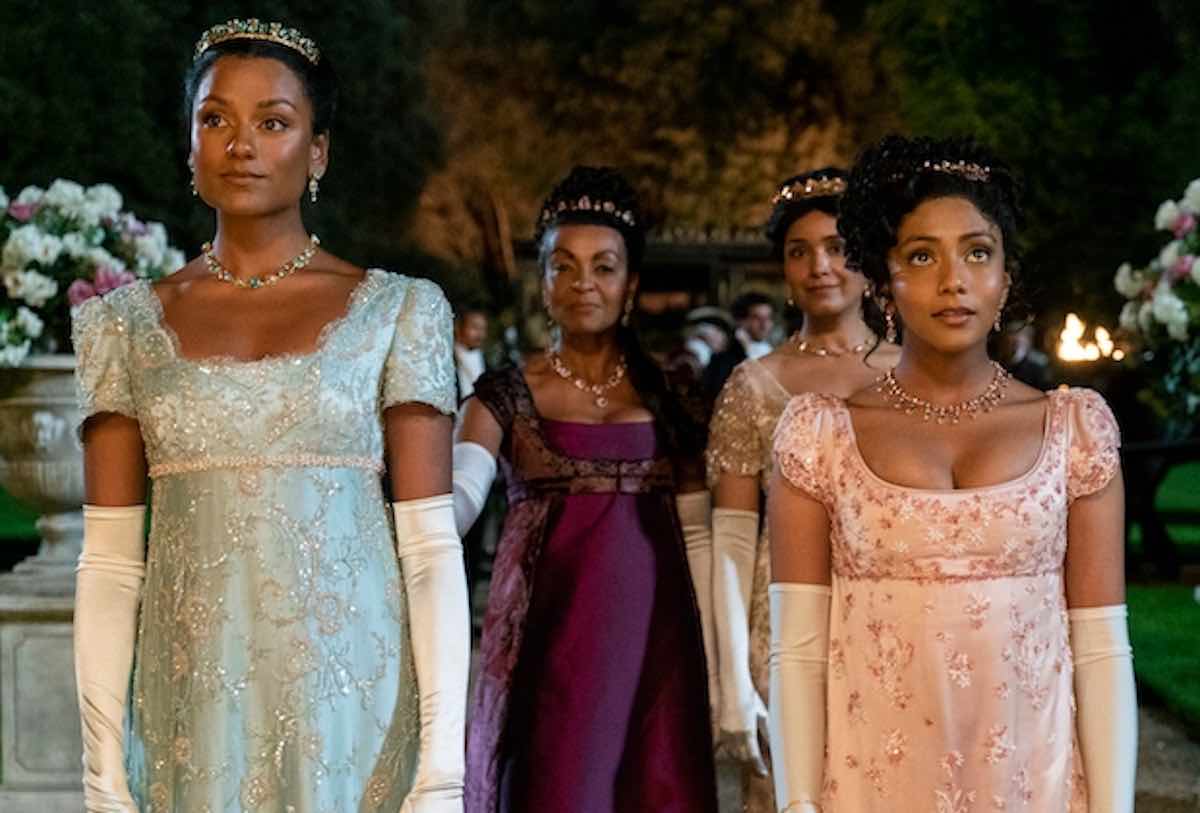 Based on the first footage when Kate (Simone Ashley) & Anthony (Jonathan Bailey) first meet, there’s going to be sparks flying. The couple is pretty beloved throughout the entire Bridgerton series. Like, seriously, they’re a super popular couple, and people want to see this done right. Based on the first footage? It looks pretty good. There’s chemistry between our two leads and we can’t wait to see where it goes.

After all, in the world of Bridgerton, reformed rakes make the best husband. Just look at the love story between Daphne (Phoebe Dynevor) & Simon (Regé-Jean Page) at the center of the first season of the series. While Page has exited the series for other projects, the actor has hinted a possible cameo or appearance in Bridgerton season 2. A cameo is easier to film than a season of a TV show.

Whether or not that Page will appear remains a mystery. Even without the eye-candy and acting chops that he provided for the series, the rest of the cast of Bridgerton remains strong. Honestly? Ashley, based on the footage, remains a great addition to the cast. We’ll have to see what happens next. Hopefully, a full trailer and release date will be unveiled to us soon.

What are your thoughts on the new Bridgerton footage? Are you already shipping Kate & Anthony? Let us know in the comments below!