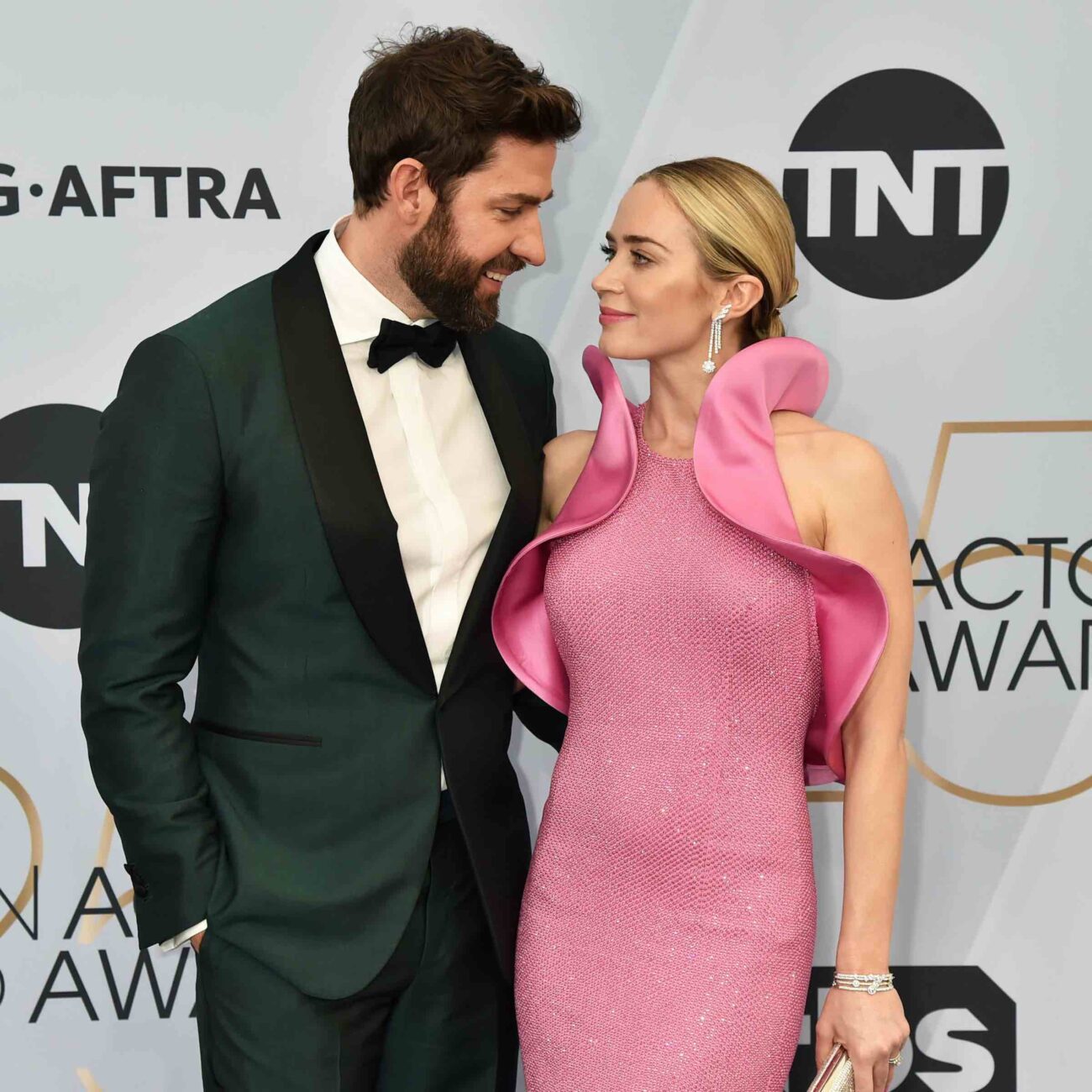 Emily Blunt & John Krasinski also come to mind. They began dating in 2008 & got married in 2010. Now they also have two adorable kids together. But there’s more to the longevity of their togetherness that makes them such a lovable couple. 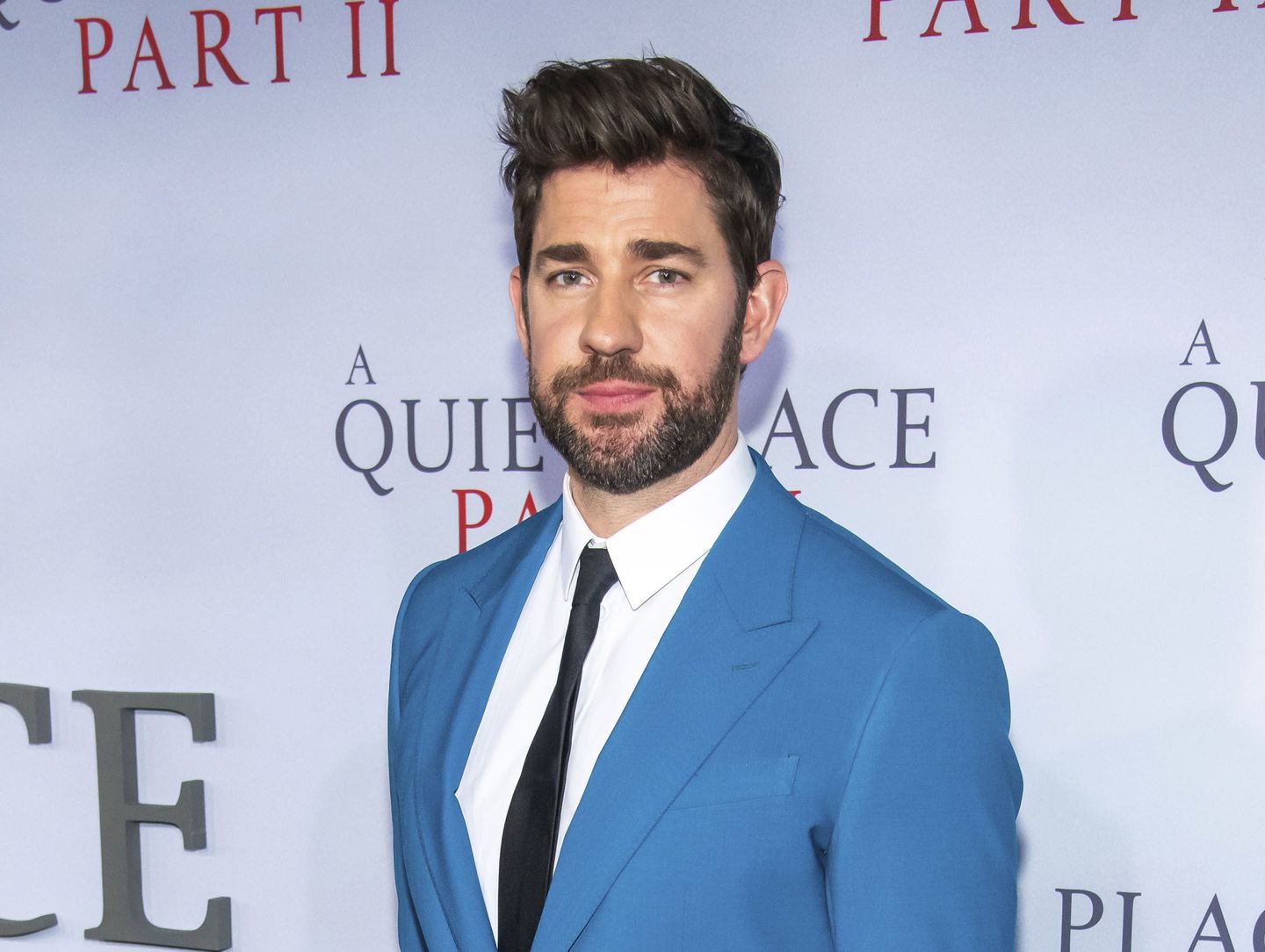 Who is John Krasinski? That’s What He Said.

For fans of the couple, it isn’t news that John was already head-over-heels before he even met Emily.

Well, he met Emily through the screen as she aced her way with Miranda Priestly in the 2006 romcom The Devil Wears Prada. In fact, John has mentioned in several interviews that he had a huge crush on her, so big that he’d watched the movie over 75 times.

We don’t know much about their meet-cute but it’s been hinted time & again that it was love at first sight for the both of them. What helps keep the relationship sticky is also the humility of John. He once shared the anecdote at the airport. He was visiting Emily in the UK, when at the London Airport, he was questioned by the customs official.

John shared, “I hit this guy, he’s about my age, he looked like he was about to get a little surly with me.” When he told the guy he was in the American version of The Office, it didn’t help matters much. John then shared that he was visiting his wife, to which the customs official’s reaction was one of disbelief, “You? You? You married Emily Blunt? Ok, go. Go.” John happily remarked that he’s aware he married up. 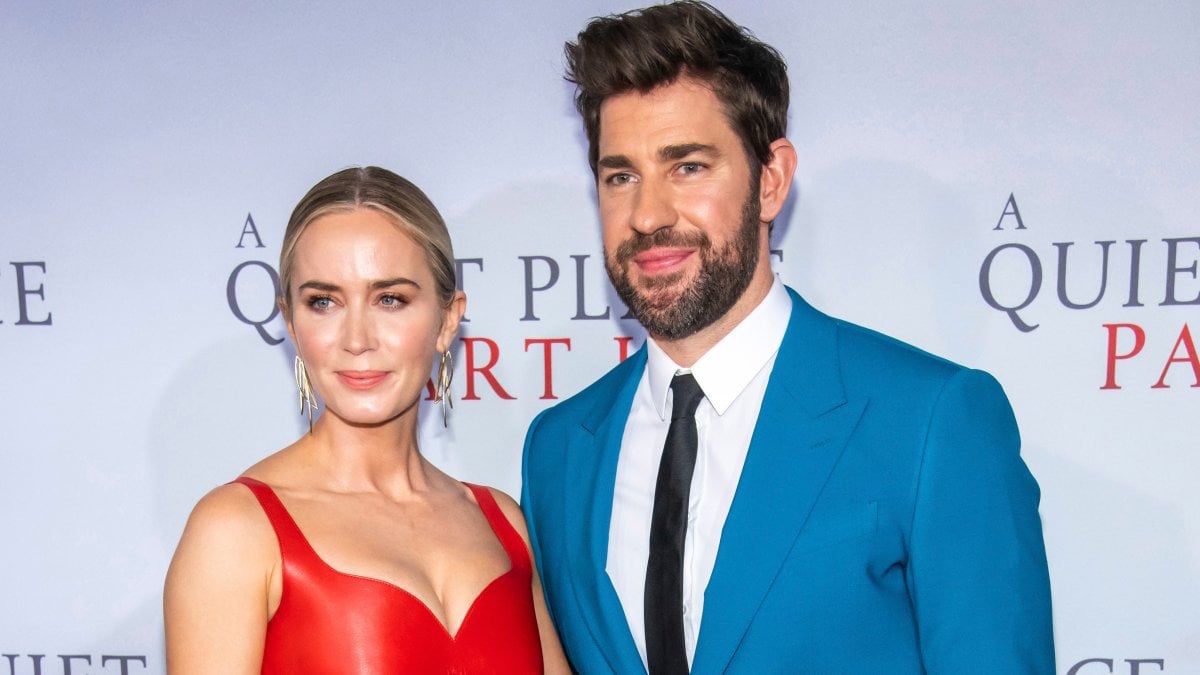 We now know John as more than Jim from The Office. He did a phenomenal job on A Quiet Place, writing, directing, producing, and acting in the movie. But his impulse to do it was channeled into an enthusiastic effort by his wife’s encouragement.

You know what they say about how when it’s right, it’s right? These two seem to have figured it out, even when it comes to mixing business & pleasure. When A Quiet Place was to be taken off the ground, Emily suggested she star in it. Guess what? John had already cast her in his mind but had only been too afraid to ask. “It was like she was proposing to me,” John later remarked of the moment. 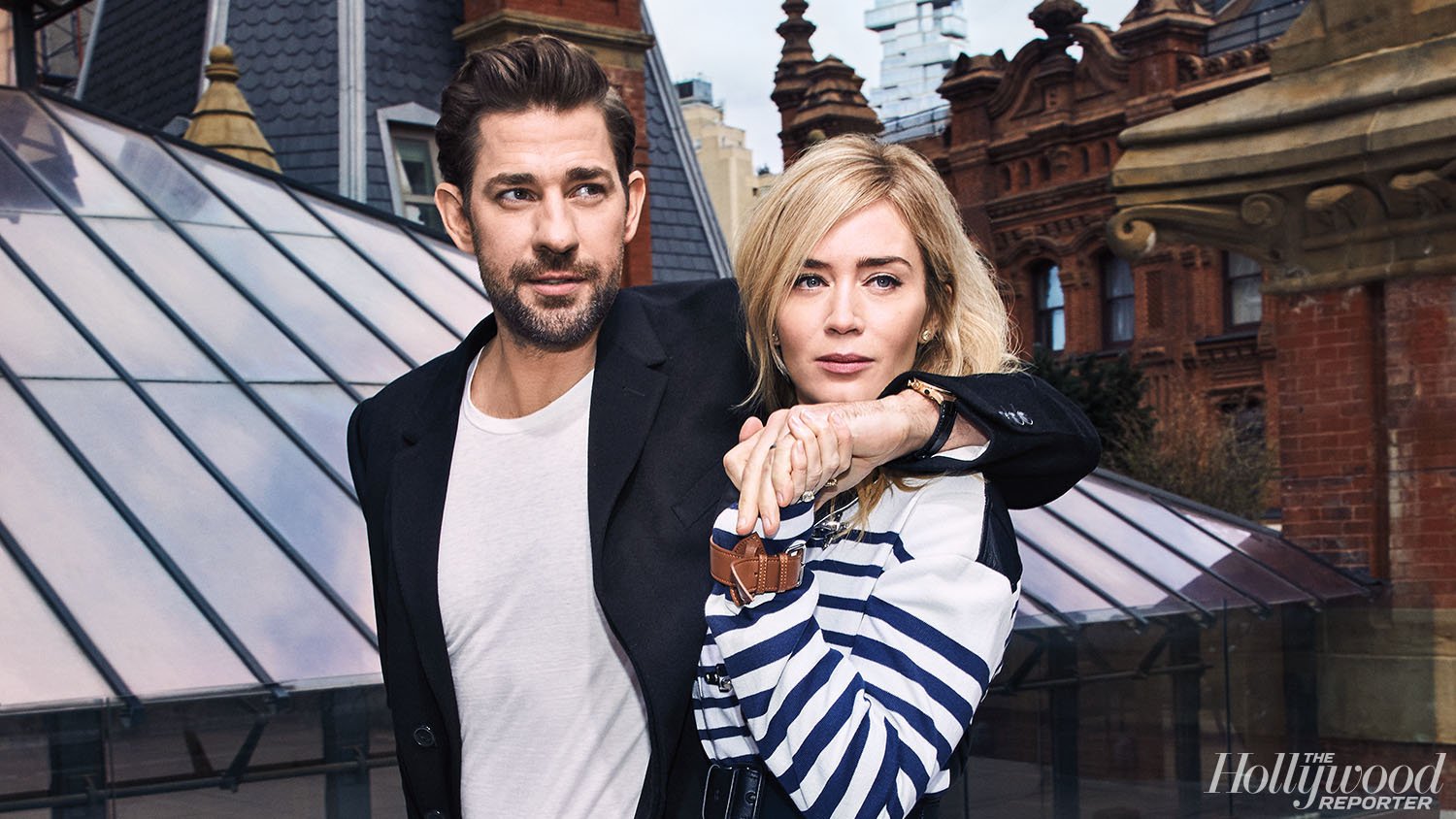 Who says long-distance relationships don’t work? They do when it’s the right person. We only see the power couple — John as Jack Ryan, Emily as Mary Poppins — but beyond that fierce professional chase is the relentless effort to stick together as a family. Which is why

John flew out to London, where Emily was living with their children, from Canada every single weekend while shooting for Jack Ryan. The best part? As always, his approach to the hustle, “It’s not a job or a duty, it’s something I just can’t wait to do. I can’t wait to get back to them.” 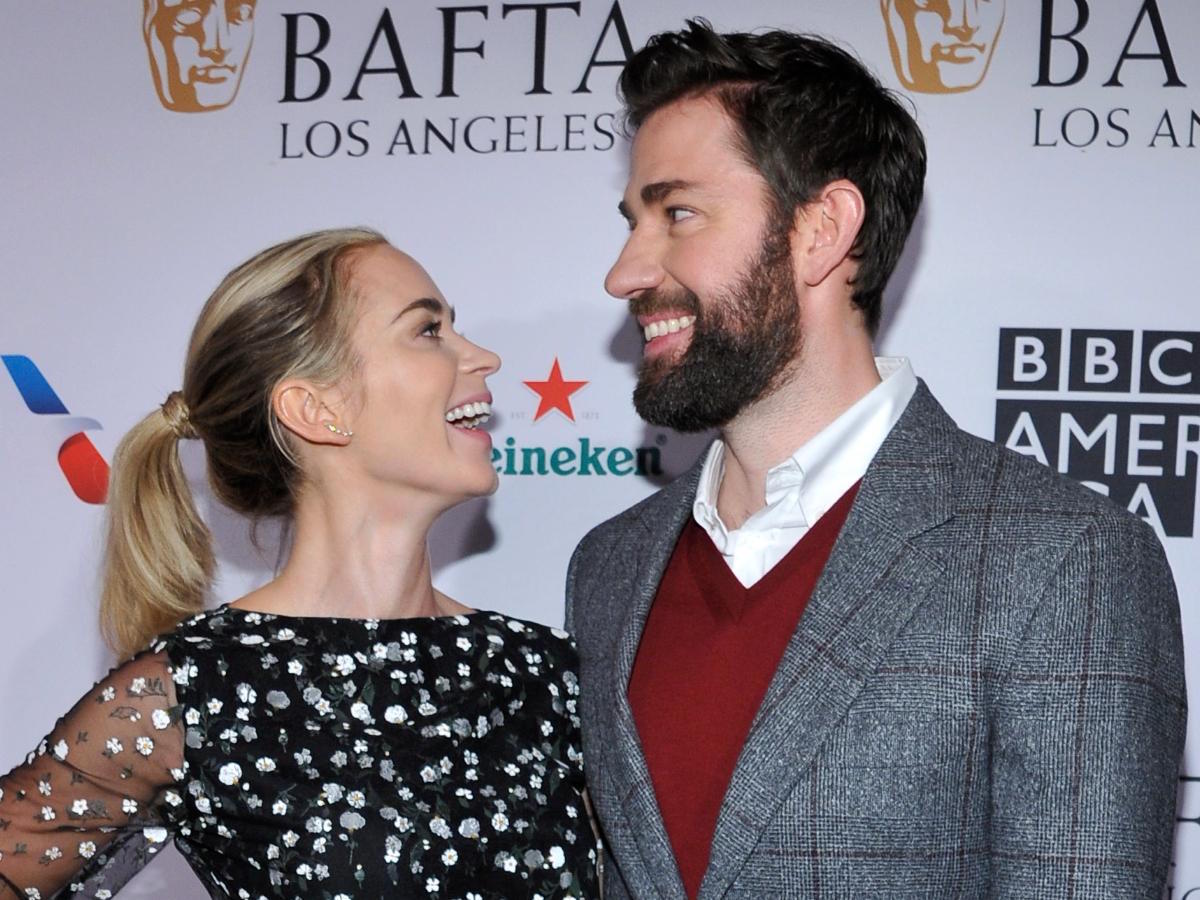 In case you haven’t noticed, Emily has the biggest fan in her husband.

He once said in an interview, “I’ve always been the biggest fans of hers, but not until you’re in the room when she does what she does do you know why she’s so phenomenal. She is the most unbelievably talented person, powerful person, kindest person. She makes everyone around her better.”

Don’t we all wish for someone to adore us like that? He cried watching her in Mary Poppins Returns, he was a devout The Devil Wears Prada fan . . . his cheerleading for Emily never stops. Perhaps, that’s the secret: being each other’s fiercest cheerleaders. 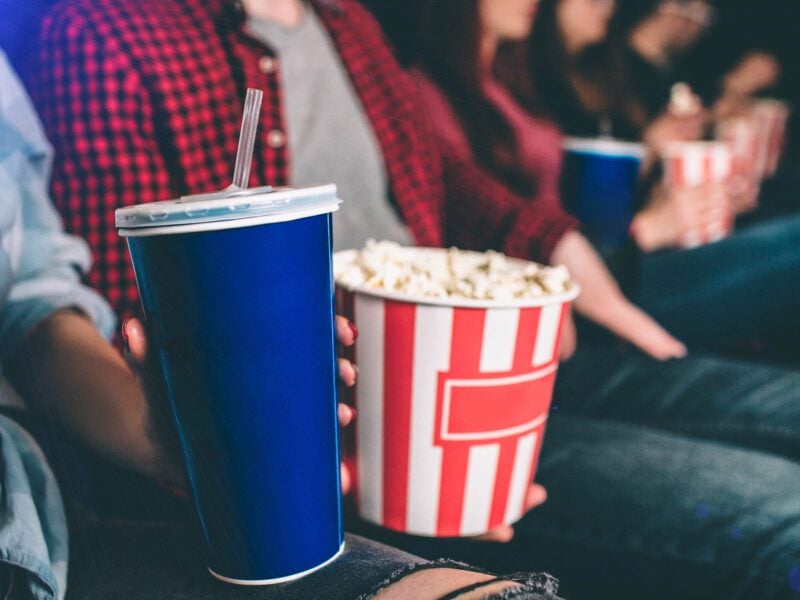