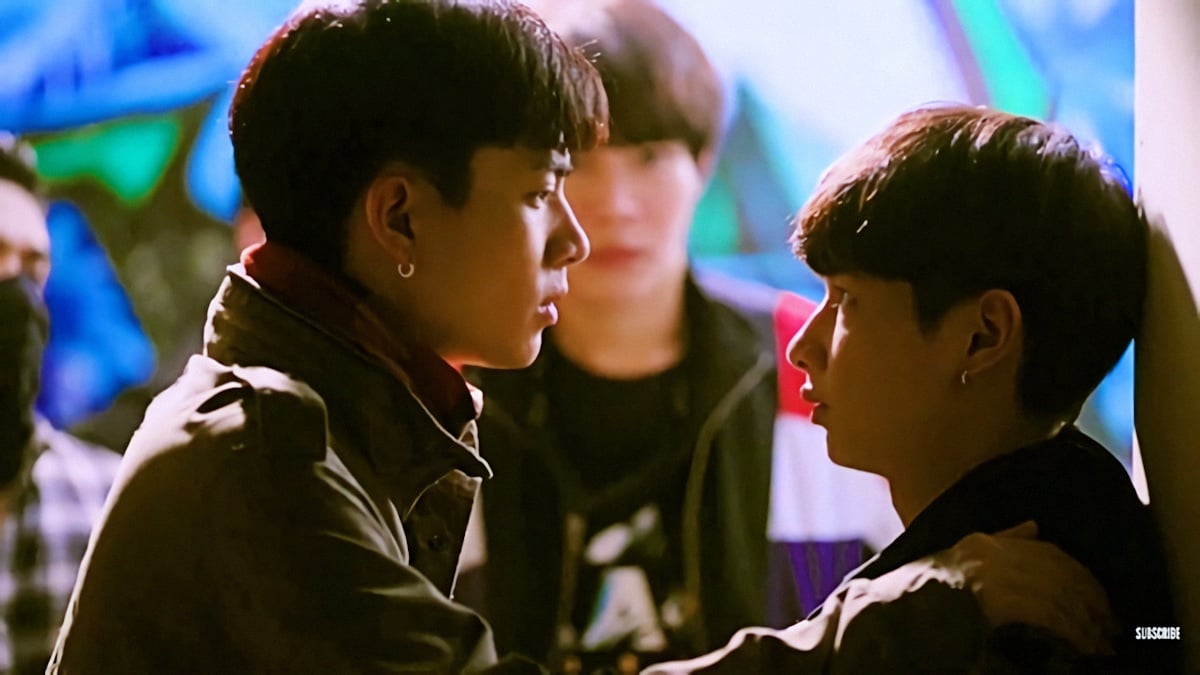 Over the last two years, the Boys Love (BL) genre has exploded rapidly. The BL content coming from Asia right now is both high in quality and high in quantity as well. While there was once a time where queer content was hard to find, Asia is certainly rectifying that situation now.

Everyone is cashing in on the BL genre right now. Japan has been a friend to the BL world for decades now, but more conservative countries in the Asia region are deciding they want in on this cash cow industry. Taiwan, Thailand & South Korea are all making concerted efforts in the BL world. However, even countries like China, where censorship rules their entertainment world, and smaller countries like the Philippines, which struggle with budget issues, are throwing their hats in the ring.

BL fans are currently delightfully drowning in content. There are now so many options available to watch that there is sure to be a BL storyline that suits your viewing needs. Here are some of the best BL shows people are bingewatching right now. 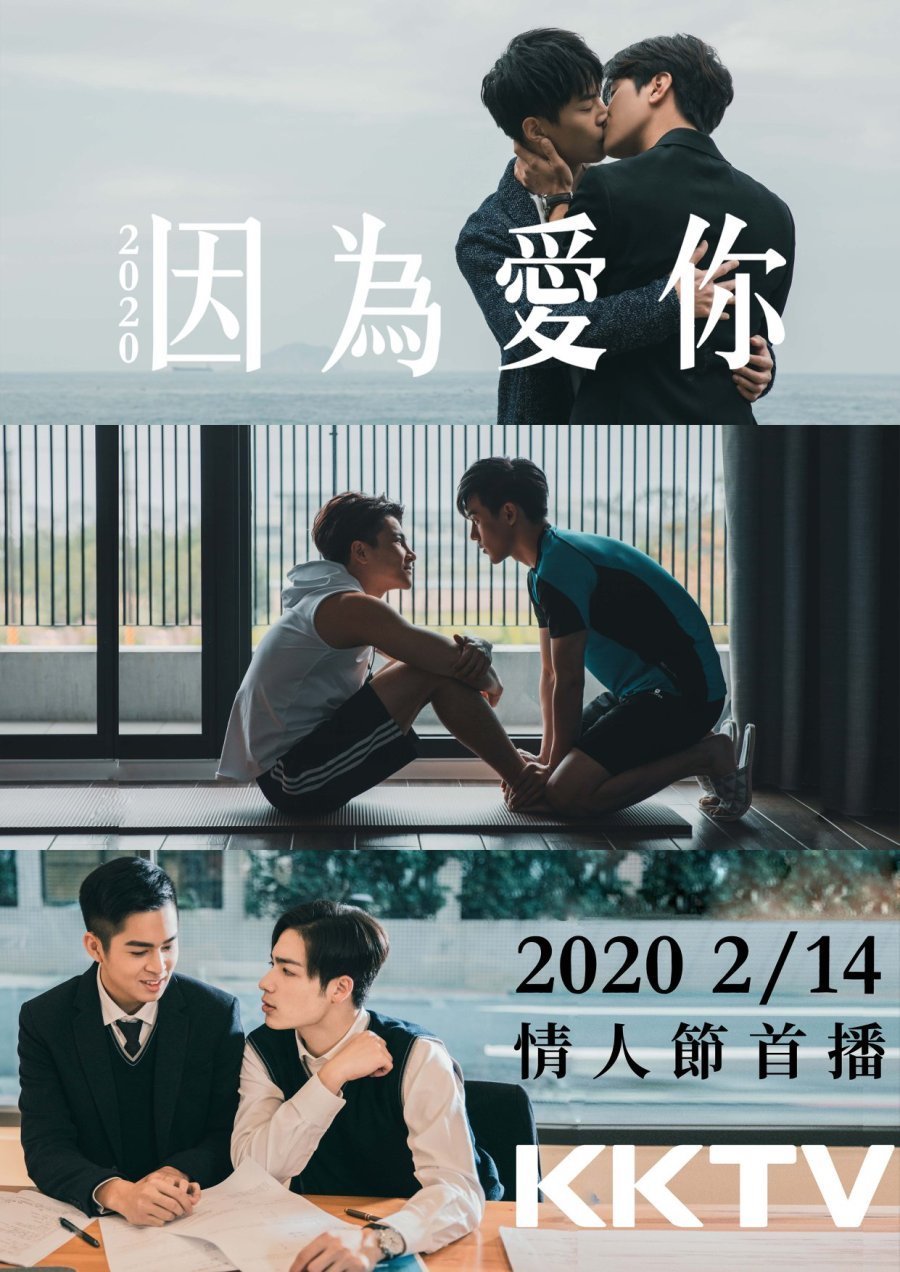 Created in Taiwan, there is quite a lot happening in Because of You. The three Yuan brothers grew up in a large, exceptionally wealthy family. They all share the same father, yet each brother has a different mother. As they grew up, they were all essentially pitted against each other as they competed for the fortune 500 company run by their father.

Despite these challenges, the brothers remained close. As they head into adulthood, life’s challenges teach each of the Yuan brothers different, but decidedly similar life lessons. All any of them really want is love. The journey for the Yuan trio is complicated and filled with angst.

Because of You essentially has three lead couples, all equally as important to the show’s narrative as each other. The ten-episode series was so popular that a second season is rumored to be in the works. 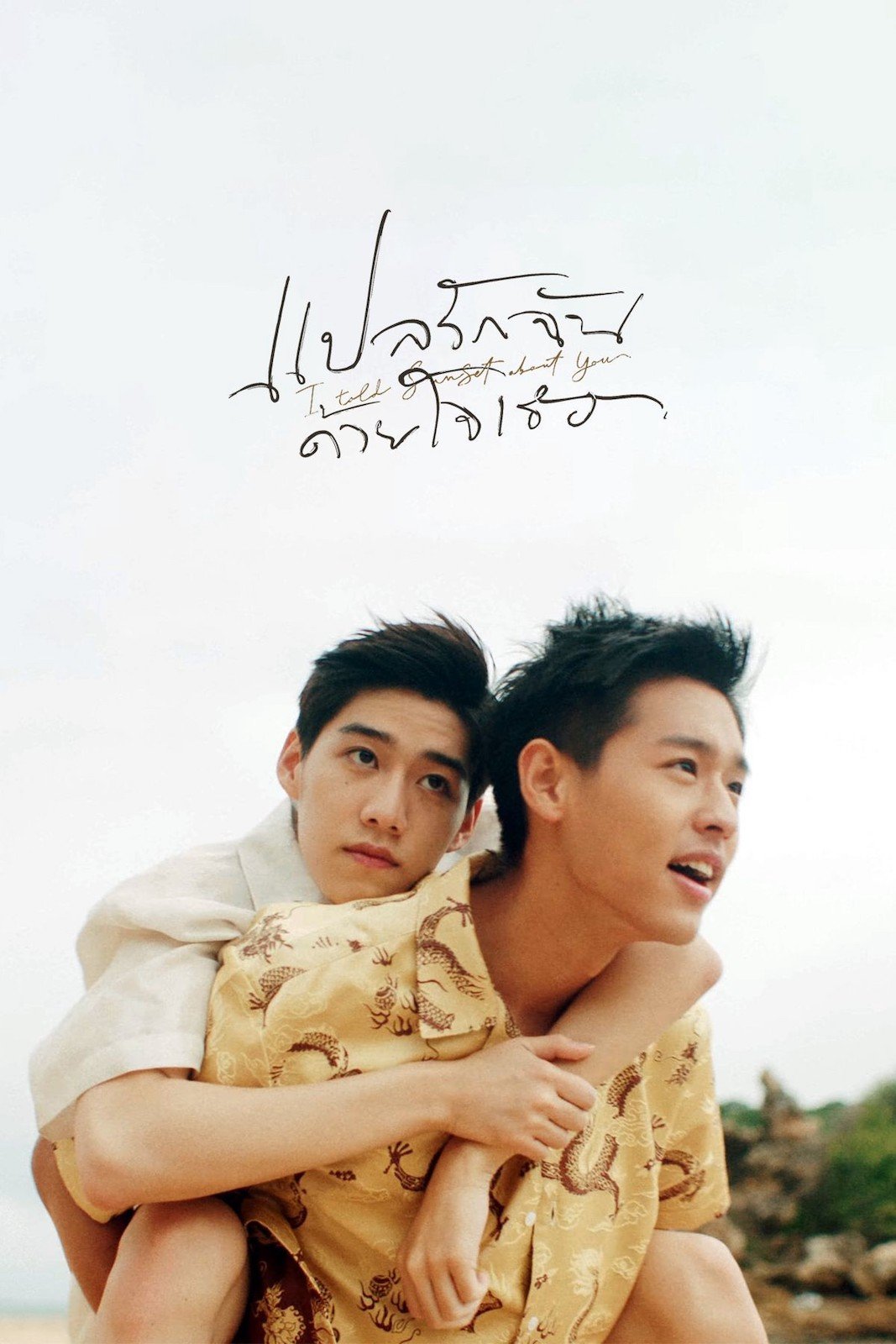 I Told Sunset About You

While Thailand might definitely be leading the way right now in terms of the quantity of BL they are producing, Thai BL is often criticized for being poorly produced, while often also presenting as insensitive to the queer plight. This is not true for I Told Sunset About You. Hailed as one of the greatest things to come from the BL genre in 2020, people can’t stop talking about this show.

I Told Sunset About You is the perfect enemies-to-lovers trope that is rather popular within the BL genre. It follows two young boys who used to be friends some time ago as they reconnect and navigate the new relationship that now lies between them.

The relationship that grows between Teh (Billkin Putthipong Assarantanakul) & Oh-aew (PP Krit Amnuaydechkorn) is described as a realistic depiction of a young queer relationship in a country like Thailand. Despite the fact that they are supported by their friends & families, it’s not an entirely easy path for the couple. This is why people can’t stop raving about this show. 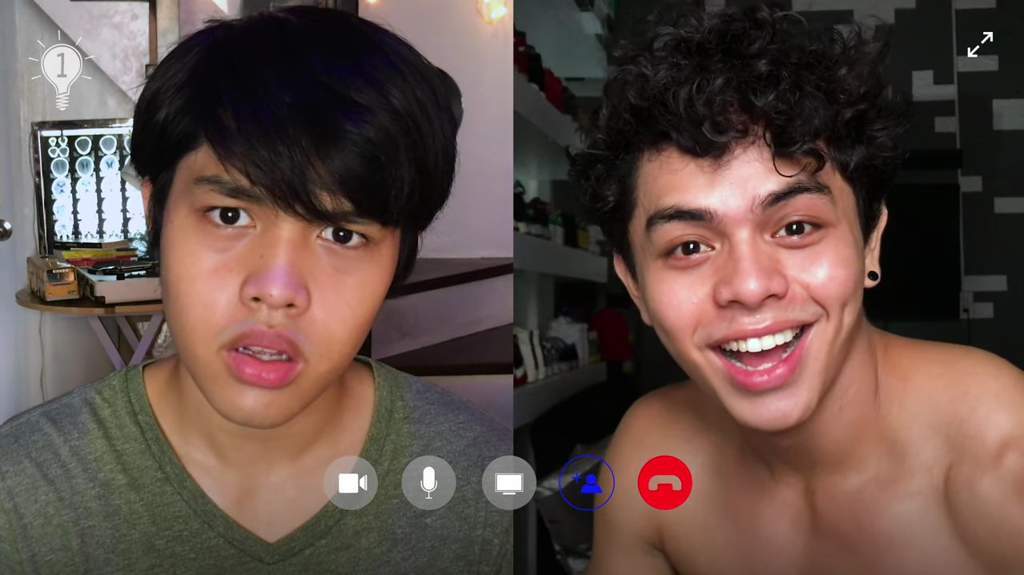 Set during the 2020 COVID-19 lockdown, this Filipino drama is the story of online gamers Cairo (Elijah Canlas) & Gavreen (Kokoy de Santos). Cairo loses an online game to Gavreen one day, who surprises him with a video call asking him out on a date! Although Gavreen is forthcoming with his feelings for Cairo, it takes Cairo some time to arrive at the same emotional place as Gavreen.

Cairo faces some challenges with his family and ultimately makes the decision to leave home. While out looking for Cairo, his father contracts COVID-19 and subsequently dies from the virus. Gavreen does everything he can to be there for Cairo in the middle of a pandemic, but like so many others during this time, they’re essentially kept apart by the virus. 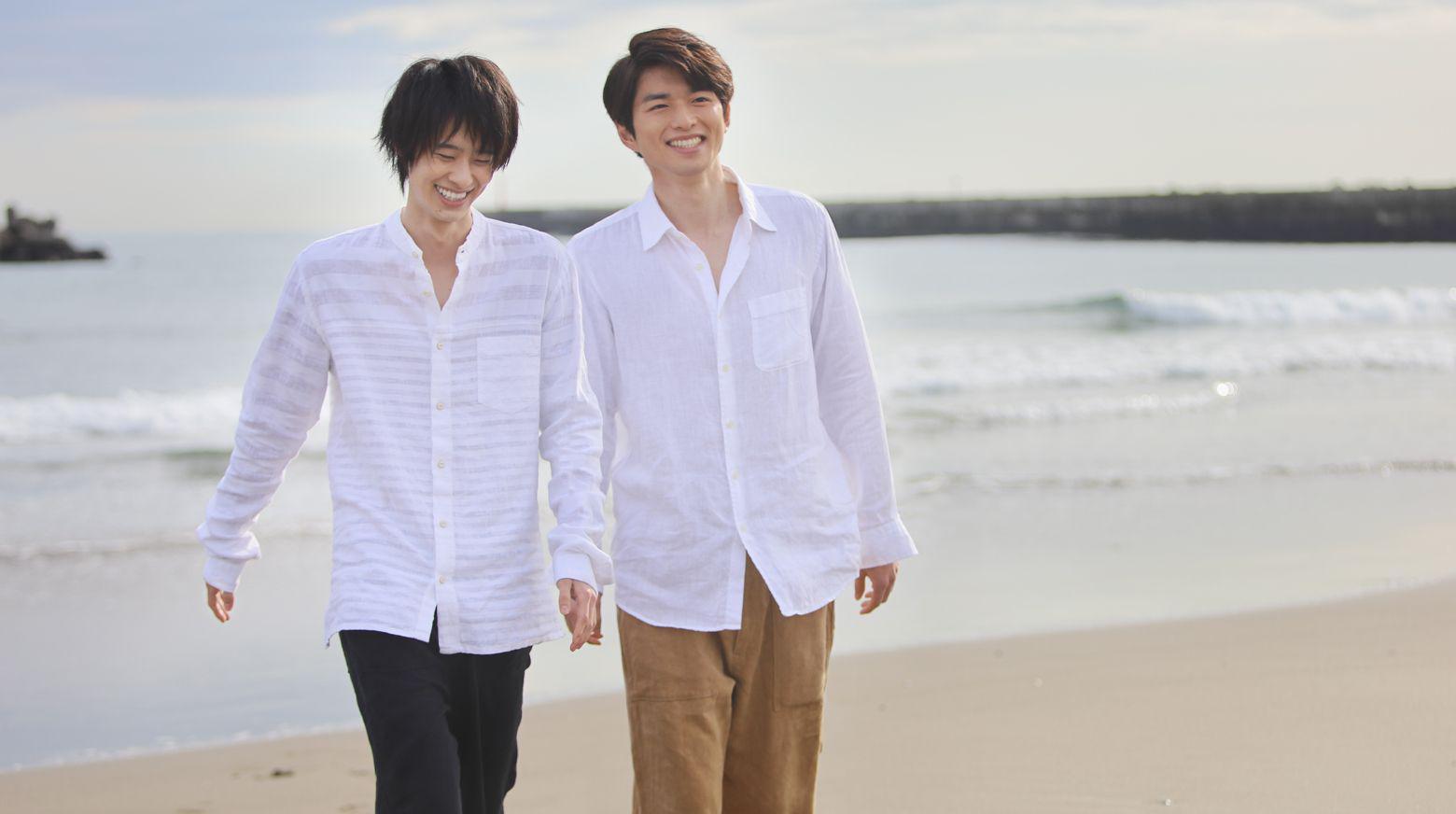 Life: Love on the Line

In a twist of fate one day, Ito (Shirasu Jin) and Nishi (Raiku) just happen to be walking home from their respective schools along the white lines that mark the sidewalk. Coming from different directions, they literally run into each other. They continue meeting like this day after and soon Ito realizes that he is attracted to Nishi.

In a bold move one day, Ito decides to act upon his feelings and kisses Nishi. Surprised at first, it’s clear that Nishi reciprocates Ito’s attraction. While this starts out as a high school drama, it doesn’t stay there for long. As the pair grow up their relationship endures many struggles over the years and they both go their separate ways for quite some time.

Like with any good soulmate drama though, Ito and Nishi find their way back to each other when everything is said and done. The million-dollar question remains whether their love for each other is strong enough to overcome all the pain and hurt accumulated between the two over the years. 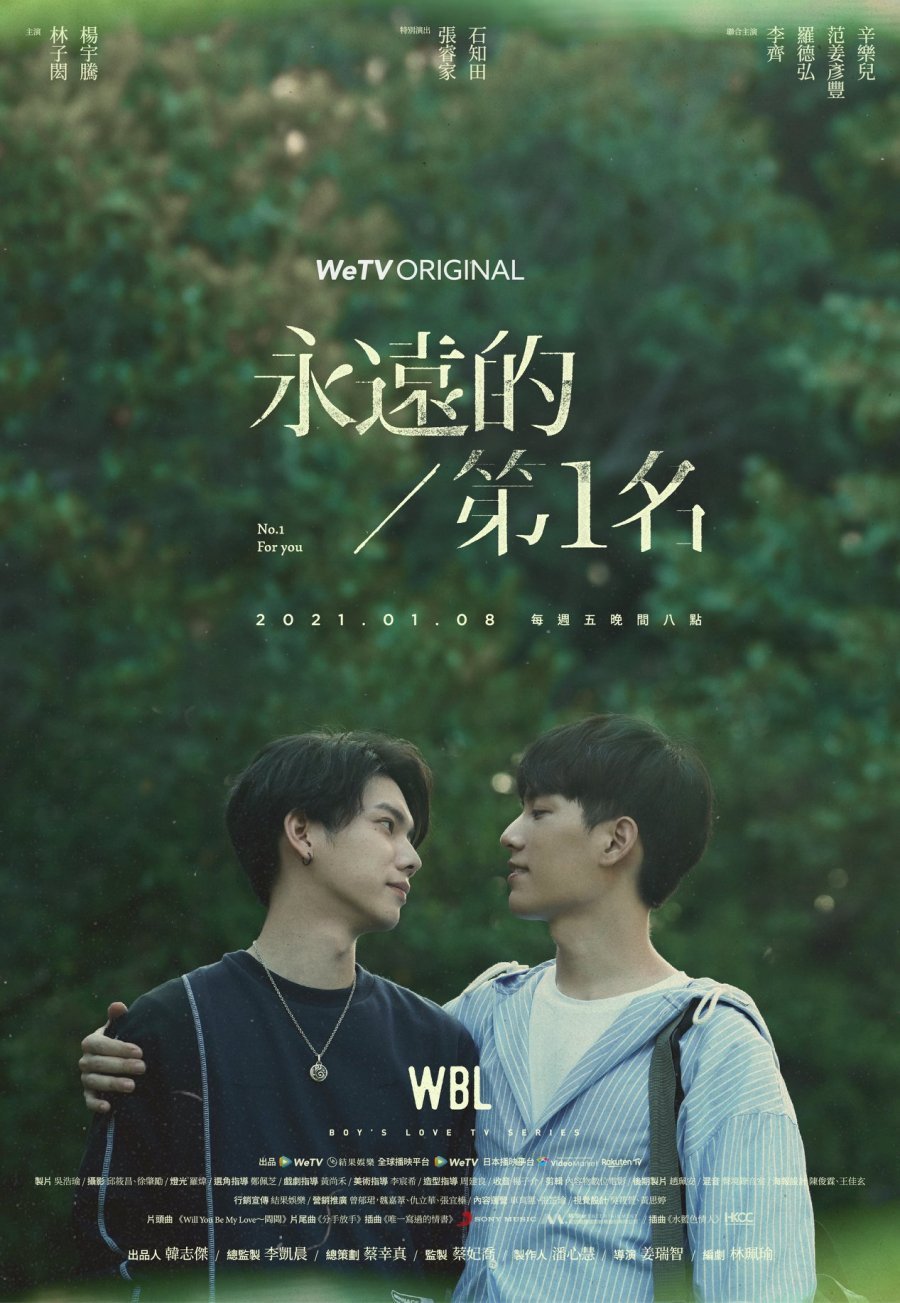 Currently still airing, We Best Love: No.1 For You is garnering all kinds of attention for its sheer cuteness. It’s the story of Zhou Shu Yi (YU) and his quest to leave Gao Shi De (Sam Lin) behind as their high school years come to an end. It’s not that Zhou Shu Yi dislikes Gao Shi De so much, it’s more the fact that the boy is literally his competitor for everything.

When Zhou Shu Yi starts university, he decides it’s his time to shine. He joins the swimming team and starts competing at swimming competitions only to have Gao Shi De show up yet again. It becomes clear that Goa Shi De’s presence is not a coincidence at all, and he may have misinterpreted Goa Shi De’s affections all along.

Out of a relationship that began from competitiveness, love blossoms and magic happens. BL fans on Twitter love this couple and can be found cooing over them regularly.

Share via:
Tags
Because of YouBoy LoveBoy love dramasGameboysI Told Sunset About YouLife-Love on the LineWe Best Love: No 1 For You
Author