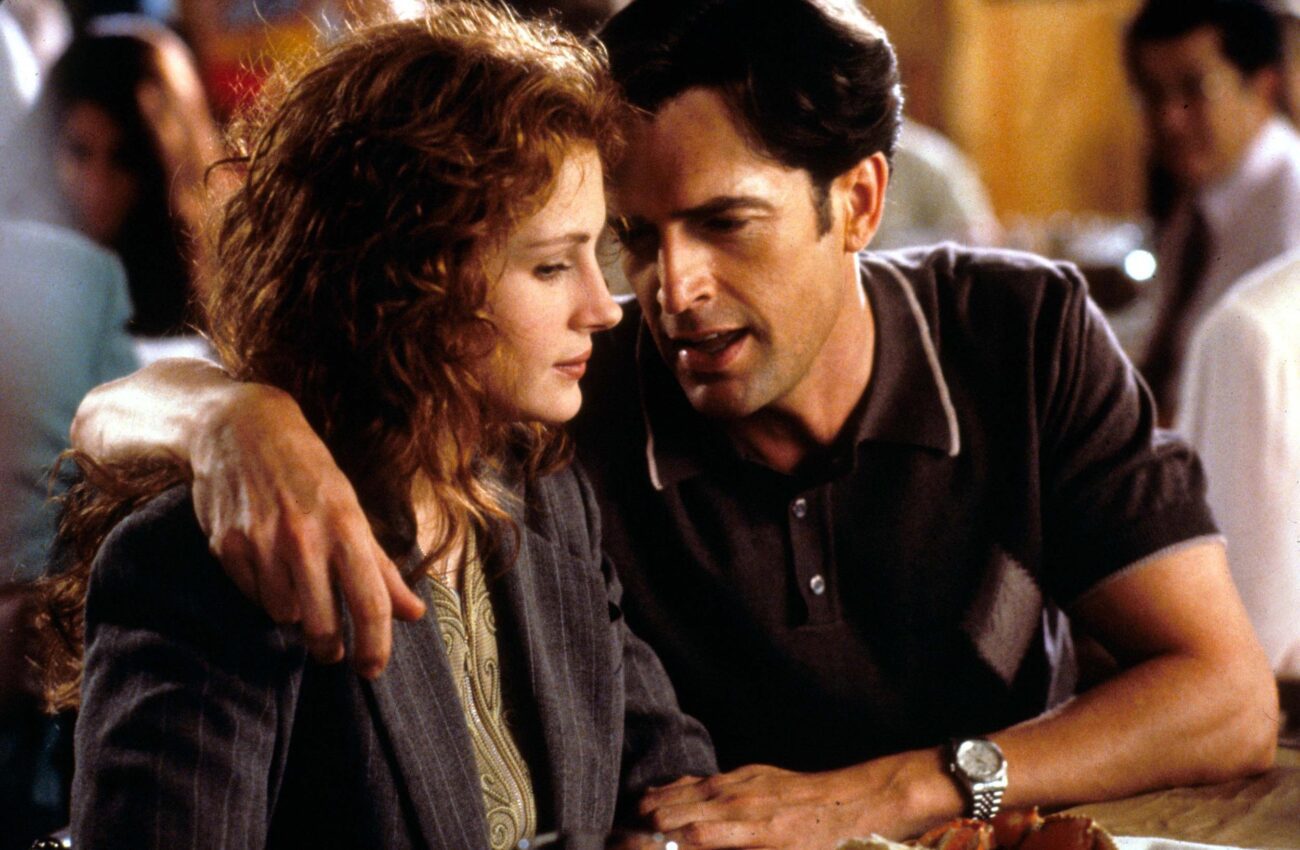 It’s no secret that Julia Roberts was the queen of rom-coms in the 1990s, starring in a slew of beloved films such as Notting Hill, Pretty Woman, and My Best Friend’s Wedding. It was the holy trinity of romantic comedies that rounded an impressive start to Julia Roberts’s young career, who would go on to star in future works such as Erin Brockovich and Ocean’s Eleven. Simply put, the 90s were the best for rom-coms.

That being said, Is My Best Friend’s Wedding the best 90s rom-com ever? After all, all of these amazing romantic comedies coincided with a bunch of epic teen comedies that also made headway in the rom-com category, such as films like She’s All That, Drive Me Crazy, and Home Fries . . . kidding. But seriously, My Best Friend’s Wedding is certainly in contention for the greatest 90s rom-com film, but is it the definitive best?

Let’s move right along and delve into My Best Friend’s Wedding, as well as a few other possible contenders for the best romantic comedy of the 90s. 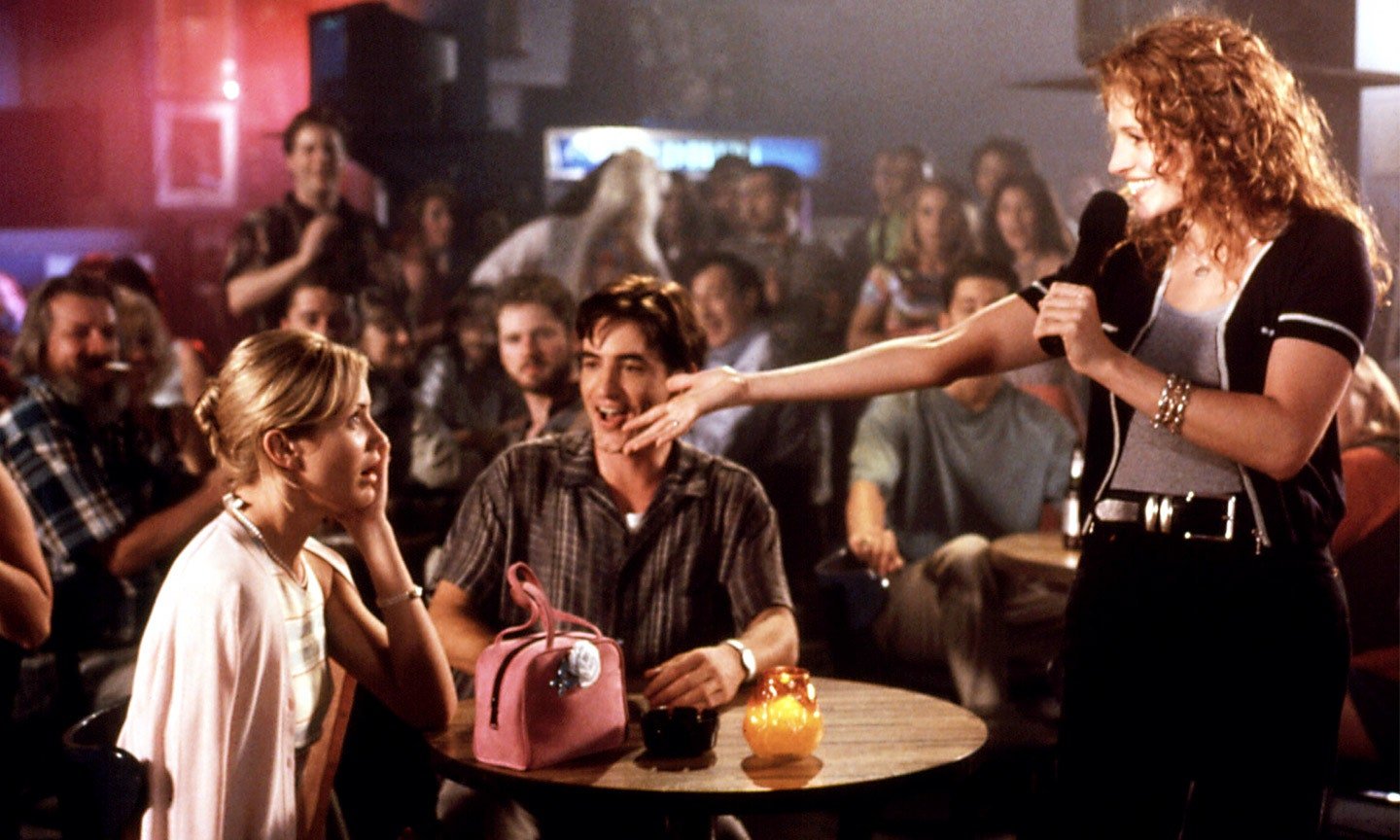 My Best Friend’s Wedding centers around childhood friends Julianne & Michael, who strike a deal to marry each other if they were still single by age twenty-eight. Now, four days before her twenty-eighth birthday, Michael announces he’s marrying a gorgeous twenty-year-old named Kimberly, played by then-fledgling star Cameron Diaz.

Suddenly realizing she’s actually in love with him, Julianne vows to stop the wedding at all costs. However, when she is appointed maid of honor, things get even more complex for this confusing love triangle. While the film offers plenty of twists & turns, it cannot go without mentioning how My Best Friend’s Wedding has one of the best scenes in rom-com history . . . “I Say a Little Prayer for You” ring a bell?

That being said, while the film is beloved by thousands around the world, especially for those who found inspiration during their single years in the 1990s, can we definitively say that My Best Friend’s Wedding is the best 90s rom-com, or is there another contender or two out there that’s worth consideration? We have a couple of films worth exploring. 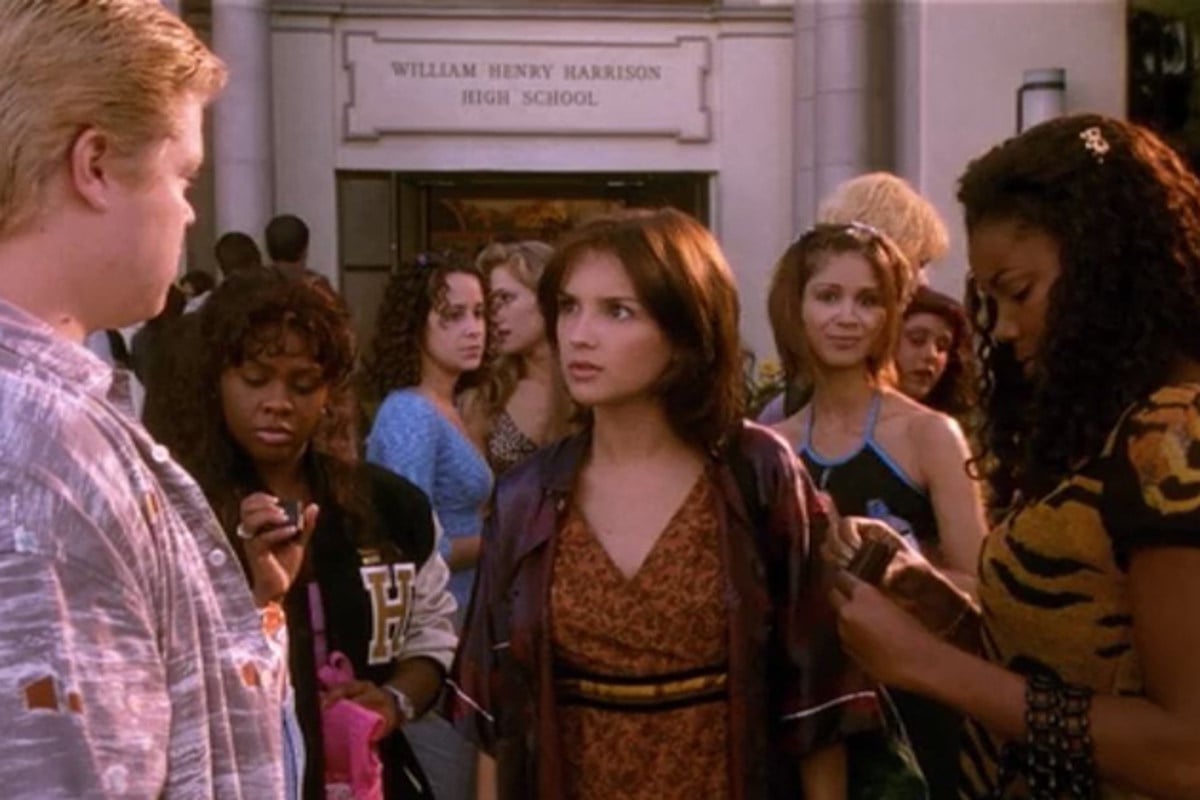 She’s All That came out in January 1999, and was directed by Robert Iscove, known for his work on both this film and 2000’s Boys And Girls. The film was famously spoofed in the 2001 comedy Not Another Teen Movie, which made fun of popular teen films such as The Breakfast Club, Varsity Blues, Pretty in Pink, as well as many other popular teen films of that era.

The film told the story of high school hottie Zach ( Freddie Prinze Jr.), the envy of his friends. But his popularity declines quickly when his prized girlfriend, Taylor, leaves him for sleazy reality television star Brock Hudson. Desperate to revive his fading reputation, Zach agrees to a bet, receiving six weeks to gain the trust of nerdy outcast Laney (Rachael Leigh Cook) and help her to become the school’s next prom queen.

The film also stars the likes of Gabrielle Union, Matthew Lillard, and the late Paul Walker. 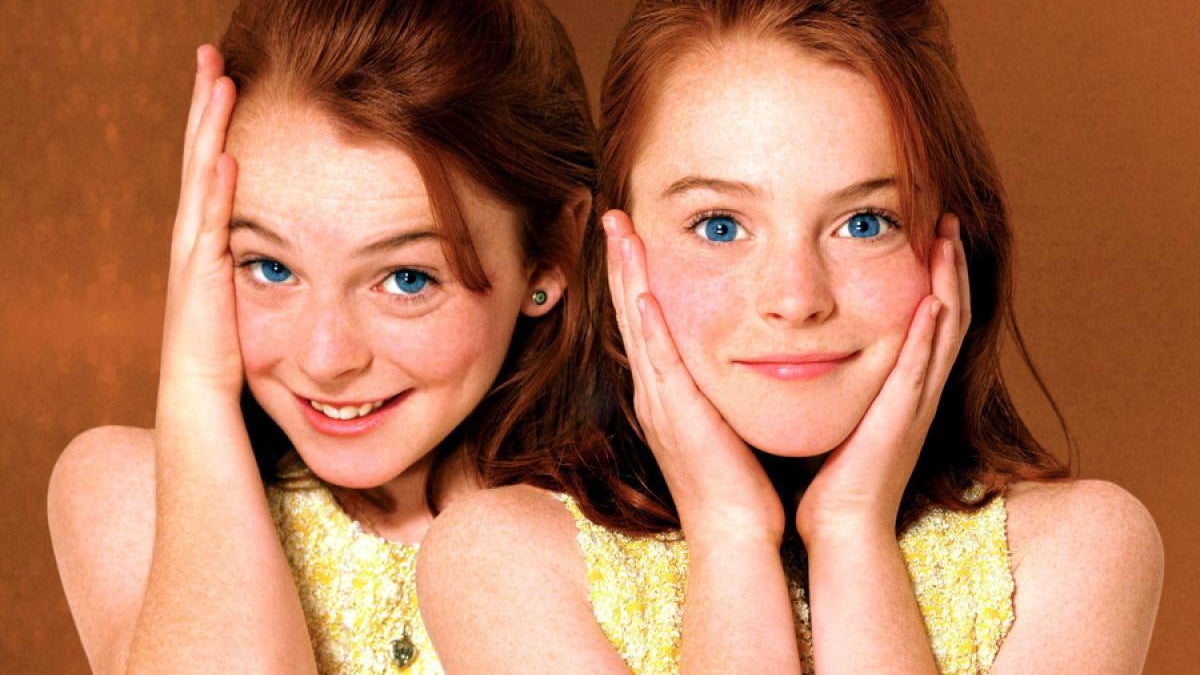 In 1998, Disney would yet again present to rom-com lovers a new iteration of The Parent Trap, a tale of two long-lost identical sisters who are reconnected at a summer camp, who form a loving bond as they swap places and attempt to reunite the love of their parents. The film stars Lindsay Lohan, Dennis Quaid, Natasha Richardson, Elaine Hendrix, and Lisa Ann Walter.

The Parent Trap is a multi-generation rom-com that hits on all cylinders, from a fun-loving comedy to a romantic date night film. In fact, considering its genre The Parent Trap may actually be a perfect movie, especially when considering the impressive breakout performance of the young Lindsay Lohan, who steals nearly every scene she’s in as both Hallie & Annie.

Many honorable mentions for this list include 10 Things I Hate About You, As Good As It Gets, Runaway Bride, Picture Perfect, Ever After, and One Fine Day. Do you have any suggestions as it pertains to the best rom-com of the 1990s? Do you believe that My Best Friend’s Wedding dominates this list of suggestions? Comment below and let us know your thoughts.